An old-fashioned recipe that has spanned the entire globe, the cinnamon roll has a history of adapting over time and across cultures. This sweet, sticky treat, with an aroma of cinnamon associated with many holiday traditions, enchants with a delectable taste. We have researched some of the most tantalizing and flavorful combinations to add to this versatile treat for your special occasions.

Ten cinnamon roll toppings to add to your tasty treat include:

All of these have their place individually, and combinations keep things fresh.

Instead of an ice cream bar that has to be kept cold, consider a cinnamon roll stand with lots of toppings for people to explore and create with at your next event. The options are endless. To learn more about how these flavors can enhance a classic cinnamon roll recipe, keep reading. 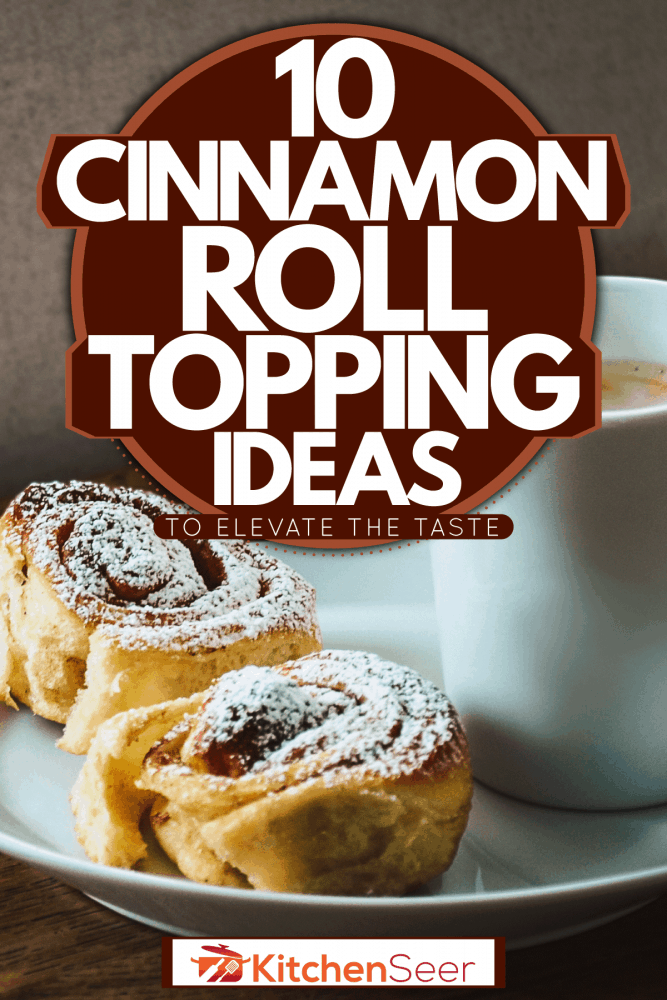 Often, cinnamon rolls are known for having a traditional fluff of whipped icing that slowly melts into the crevices and adds an extra layer of sumptuousness to an already sweet roll. That topping can be frosting or a glaze. Glazes can range widely in flavor. It is more a hint of flavor to enhance the relationship of the cinnamon in the roll. 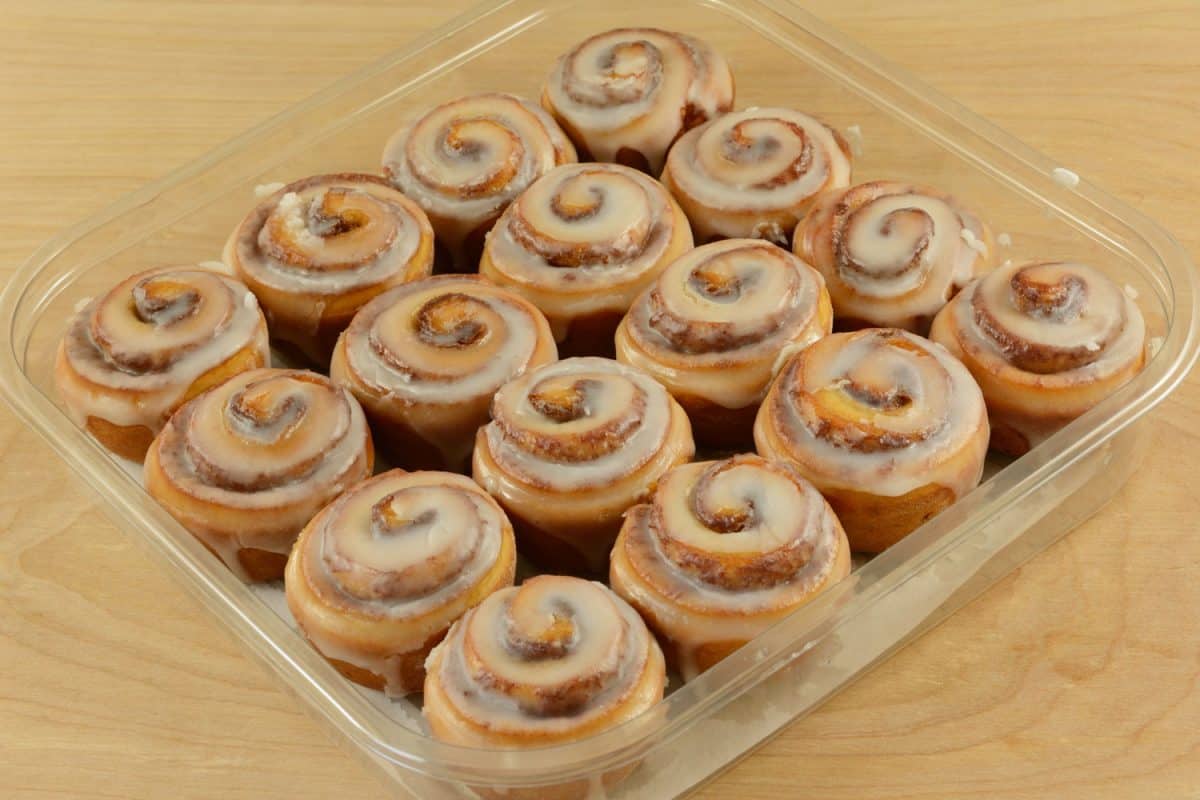 Though both are used with cinnamon rolls, glazes and frostings differ from each other in composition. A glaze is less fluffy and more of a sweet coating than an extra spread on the top. Glazes have lower sugar contents as well, and while it will "set" on the sweet roll, it will not harden the same way frosting does. 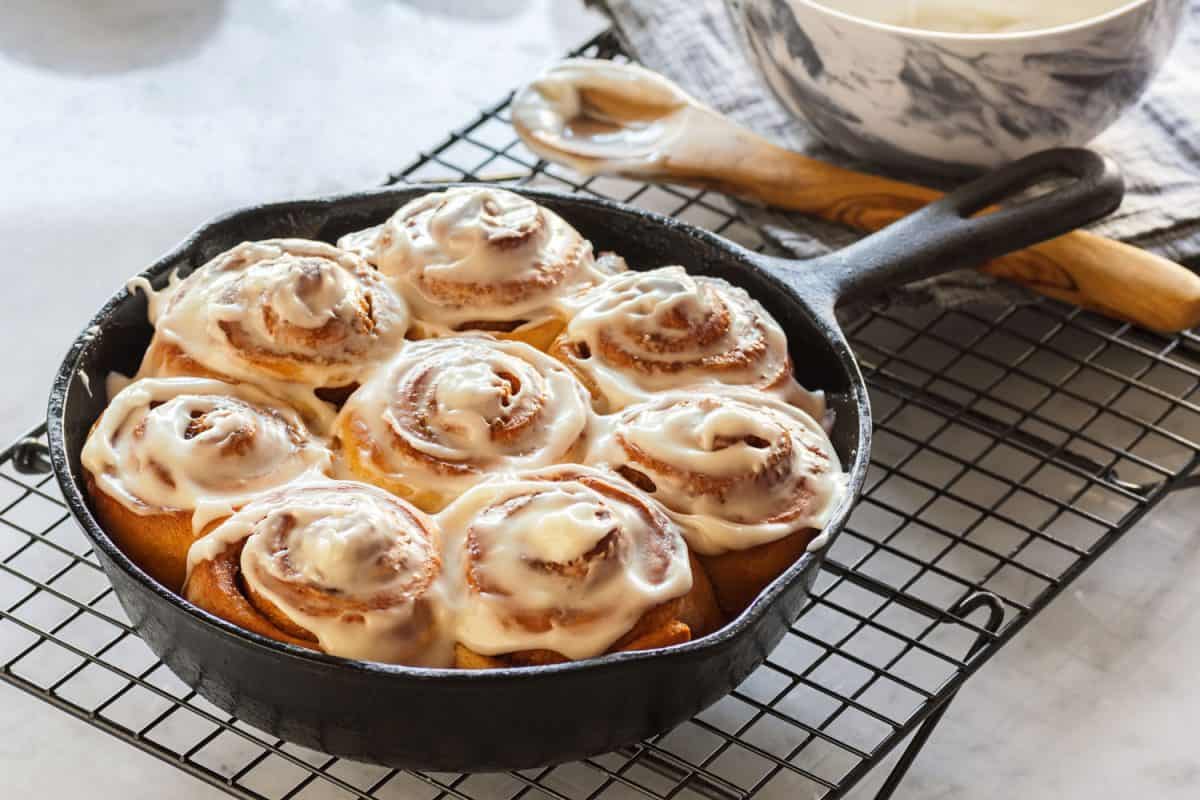 Frosting, on the other hand, is thick and creamy. Often, cinnamon roll frosting may be buttercream or a whipped cream cheese concoction. Frostings often have a dairy or oil base. Both glazes and frostings may be flavored. Add a splash of lemon or orange, maybe a hint of maple syrup, the options for flavoring frosting are endless. 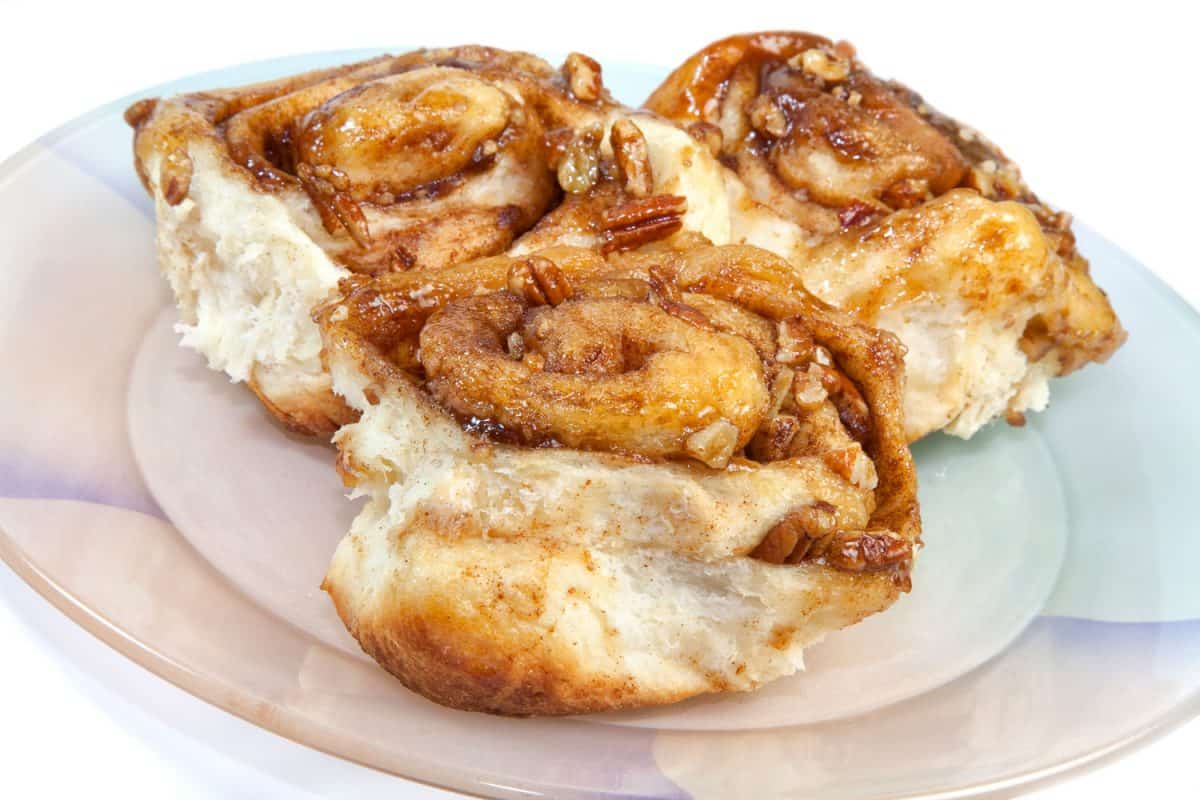 Preferred by some, nuts add a variety of flavor and texture to the cinnamon roll. Nuts also have a sneaky way of adding protein to help balance the nutritional value of this yeast roll. Depending on ingredients mixed into the cinnamon roll, favorite nut flavors are often pecans, walnuts, peanuts, or even cashews. 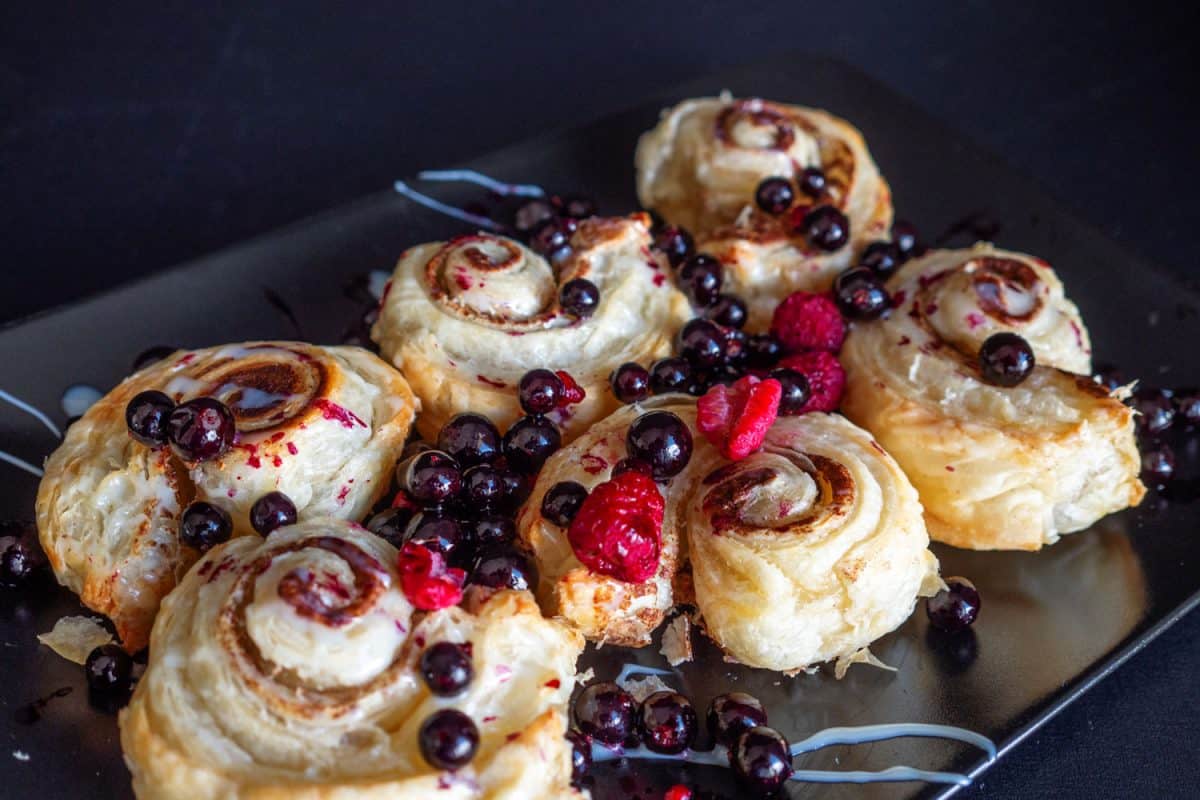 Another way to add a zest of freshness to an indulgent cinnamon roll is to add fruit. Again, using what is fresh in the local grocery is the best way to go. Bananas, berries, or cherries are easy choices, but options are endless. Apples, dates, oranges, lemon, even pears offer a broad palate of flavorful combinations.

Regardless of the choice, it is all about the relationship between the roll and the toppings to find a satisfactory balance. 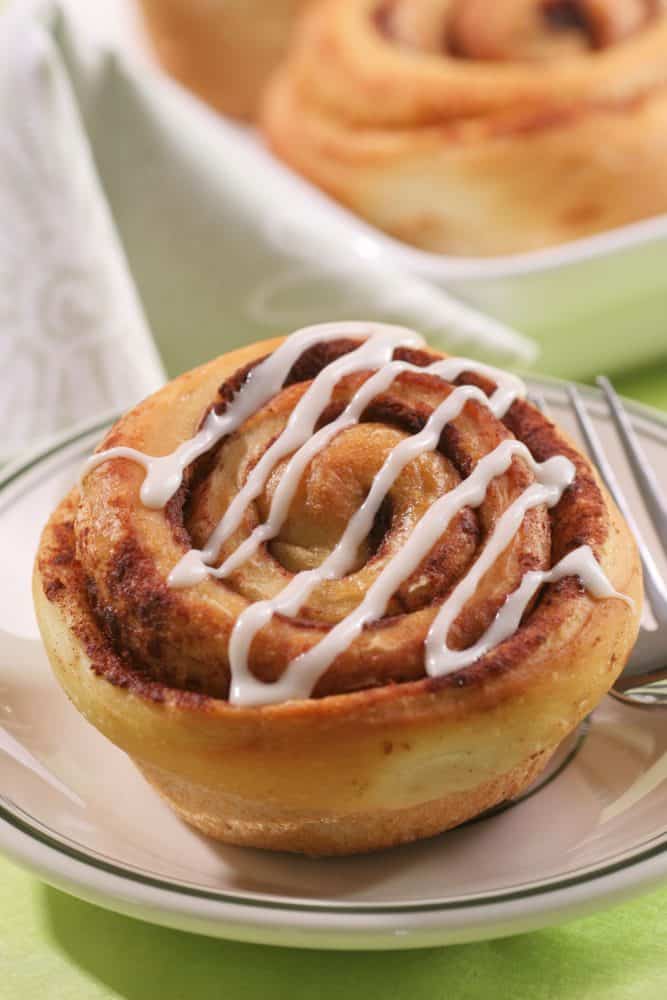 Streusels give an extra layer of goodness to cinnamon rolls. Many of the ingredients in streusel, brown sugar, cinnamon, nutmeg, and butter are in the goo of the cinnamon roll. Streusel provides more complexity to the texture of the roll, and if you add a fruit, vanilla, almond, or maple flavor to the streusel, it becomes even better.

Some argue bacon goes on everything - even cinnamon rolls. However, when thinking about breakfast, bacon and cinnamon rolls are two food that makes many mouths water and can be used in conjunction. It may help to pair the bacon with maple syrup to unite the sugar and the protein.

Now, candy may come into play for special holidays or occasions. If peanut butter is paired with the roll, Reese's Pieces may be a natural fit. Candy can play a fun role in themes and give adults and kids both something to smile about. 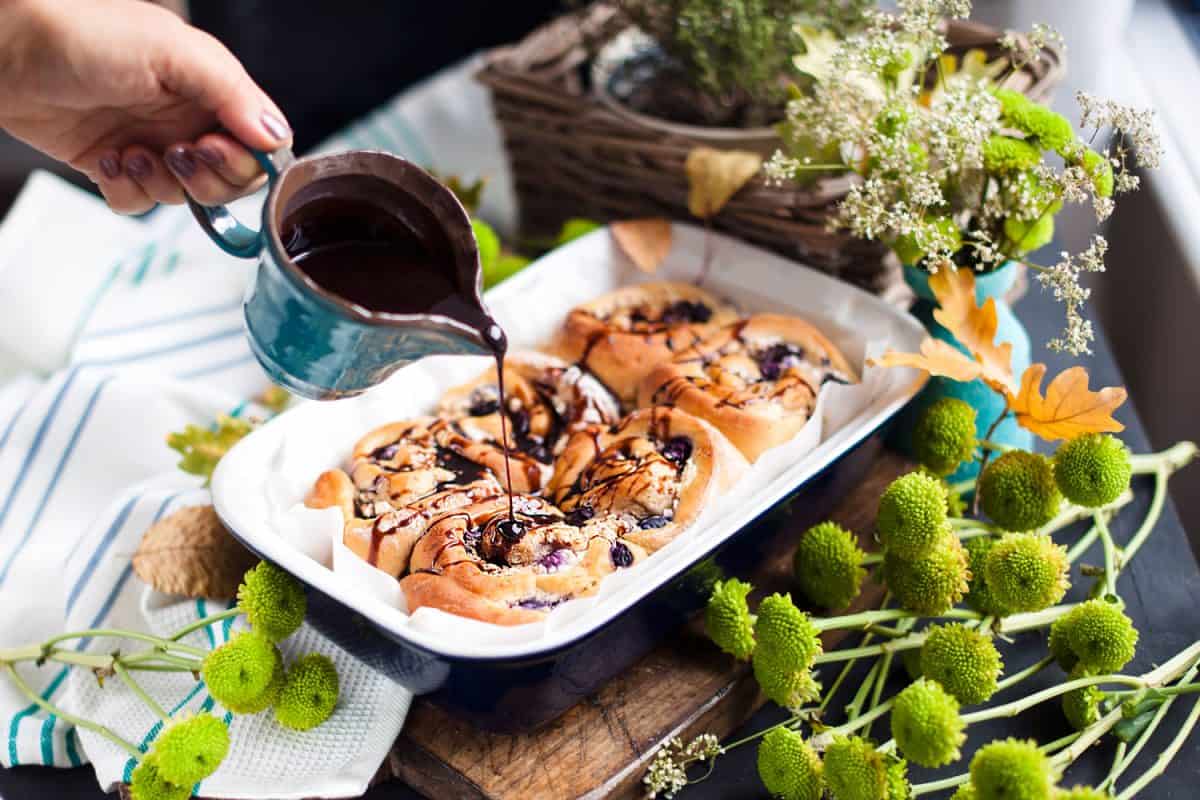 Is there any more to say? Dark, white, milk, mini's or morsels; the combinations are endless. It can be drizzled, turned into a ganache, whipped into the frosting, mixed into a glaze, or added with marshmallows for a s'more cinnamon roll. You cannot go wrong.

Is there a special birthday coming up? This is not just for kids, teens, or tweens. Cinnamon rolls have some ingredients in common with cakes, and ice cream can pair with both. Master the trick of a warm roll with cold ice cream, and you will have a true winner. 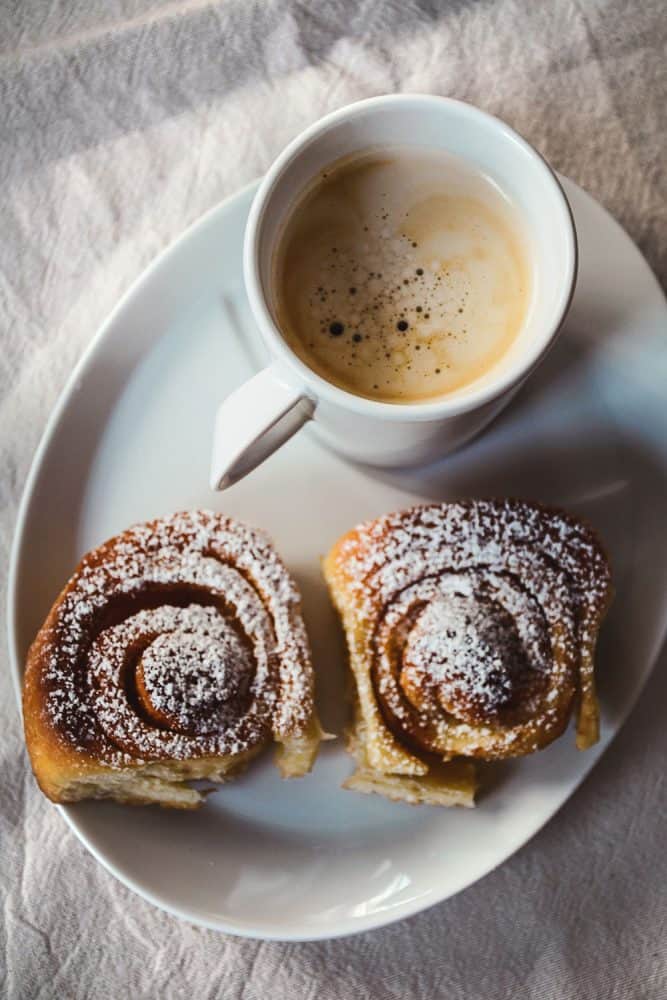 Maybe over-the-top decadence is too much. However, there can be just as much power in taste in texture with simplicity. With all of the options, you might use, do not pass up powdered sugar. Powdered sugar is refined and has a light and airy taste and texture when added as a finishing touch.

What Do You Eat With Cinnamon Rolls?

Cinnamon rolls are decadent and sweet. Therefore, a savory will help balance the flavors and provide more substance on the nutrition side. No one wants to be hungry after eating a treat. This could be a tart or quiche, but adding egg and cheese will be more filling. Meats, like sausage, ham, or bacon, might be a complimentary side item as well.

Hoping to balance your diet by adding natural sugars with lower caloric density? Fruit salads or low-calorie yogurt offer an excellent mixture of nutrition without walking away feeling bloated or fatigued with a heavy meal.

What Is Cinnamon Roll Icing Made Of?

Cinnamon roll icing can be made in multiple ways. It depends on what base is used. A common ingredient in many cinnamon roll icing recipes is cream cheese. Most icings will be made with a dairy base or an oil base. Dairy can include butter, milk, or cream. Oils last longer, and icing may be stored without refrigeration for periods of time. However, there is not much to be said on the nutritional side.

Are Cinnamon Rolls Only For Breakfast?

Cinnamon rolls stand alone as breakfast or dessert. Since it is a food rich in sugar, some times of the day may be better than others. It all goes back to the occasion. If it is a celebration, there is no right or wrong time of the day.

Can Cinnamon Rolls Be Left Out Overnight?

Left overnight, cinnamon rolls can become hard and stale. To keep rolls fresh, keep them in an airtight container. If stored properly, cinnamon rolls should last 2-3 days. For the best results, warm rolls up before eating them. Click here to find out how to keep cinnamon rolls moist.

To summarize, popular around the world, cinnamon roll's classic recipe creates lingering aromas and warm memories. Click here if you are curious about the best flour to use to make cinnamon rolls. Cinnamon rolls can be topped with many different variations. Be creative. Be spontaneous. Try something new to add to your repertoire, and may you be amazed at the results.

Can You Cut Meat On A Wood Cutting Board? [Raw And Cooked]

Can You Keep Fruit In The Pantry? [How To Properly Do So]