Cinnamon rolls make for a sweet, tasty breakfast. They're an American tradition, after all. If you're making them from scratch or just opened a yummy can of them, you may be wondering what kind of pan is best for baking cinnamon rolls. We will help you figure this out. Here you will learn which kind of pan is best alongside some helpful tips.

Keep reading to find out if you can bake cinnamon rolls on a cookie sheet, how to prevent cinnamon rolls from sticking to the pan, whether or not glass bakeware is better than metal, how to keep cinnamon rolls moist, and more. 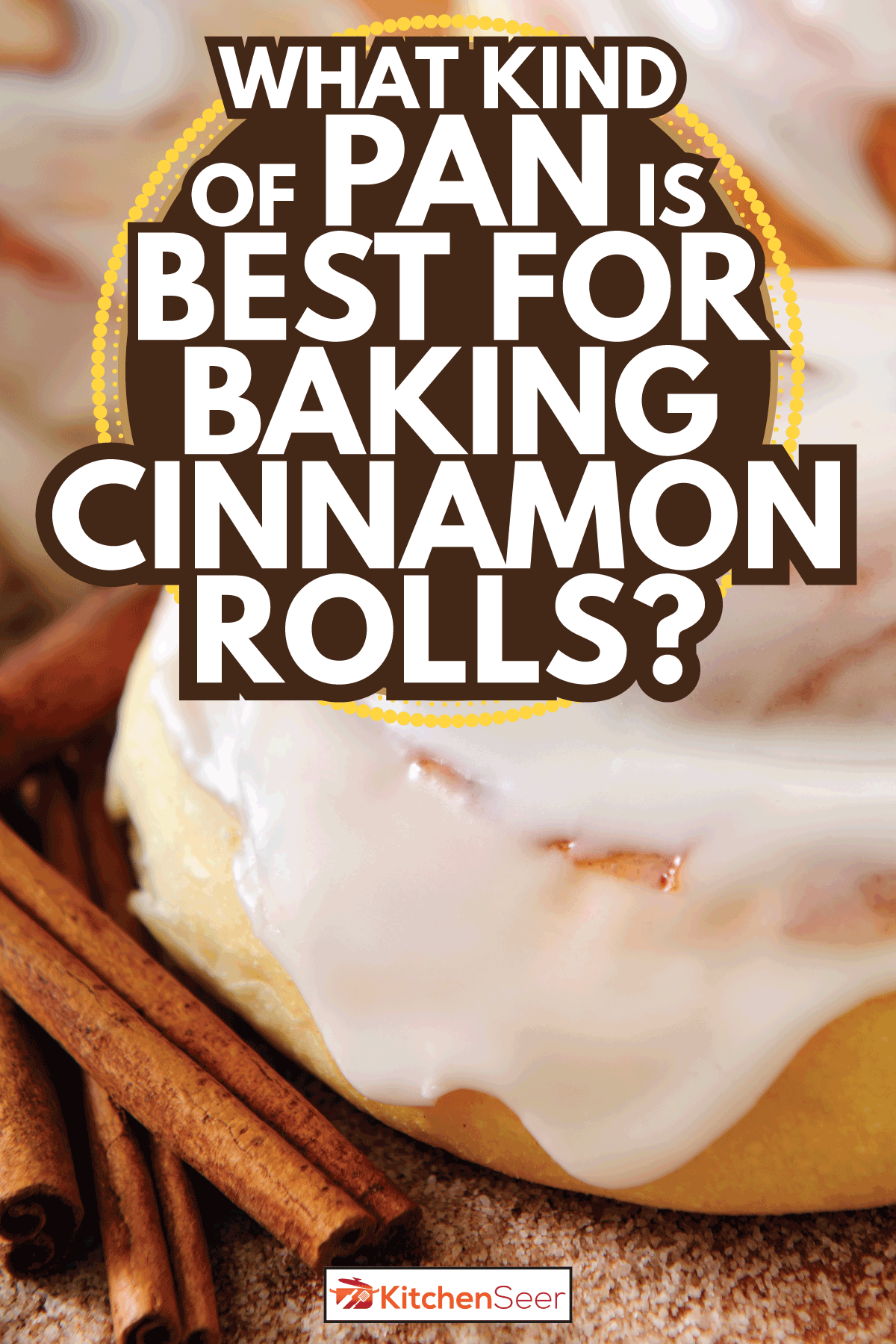 The Best Pan For Cinnamon Rolls

Baking cinnamon rolls in a 9x9 inch baking pan is perfect when it comes to the amount of space you need for them. Of course, some people would disagree. If you like for your cinnamon rolls to be on the crispier side, you can use a larger baking pan or cookie sheet and space them out on it. 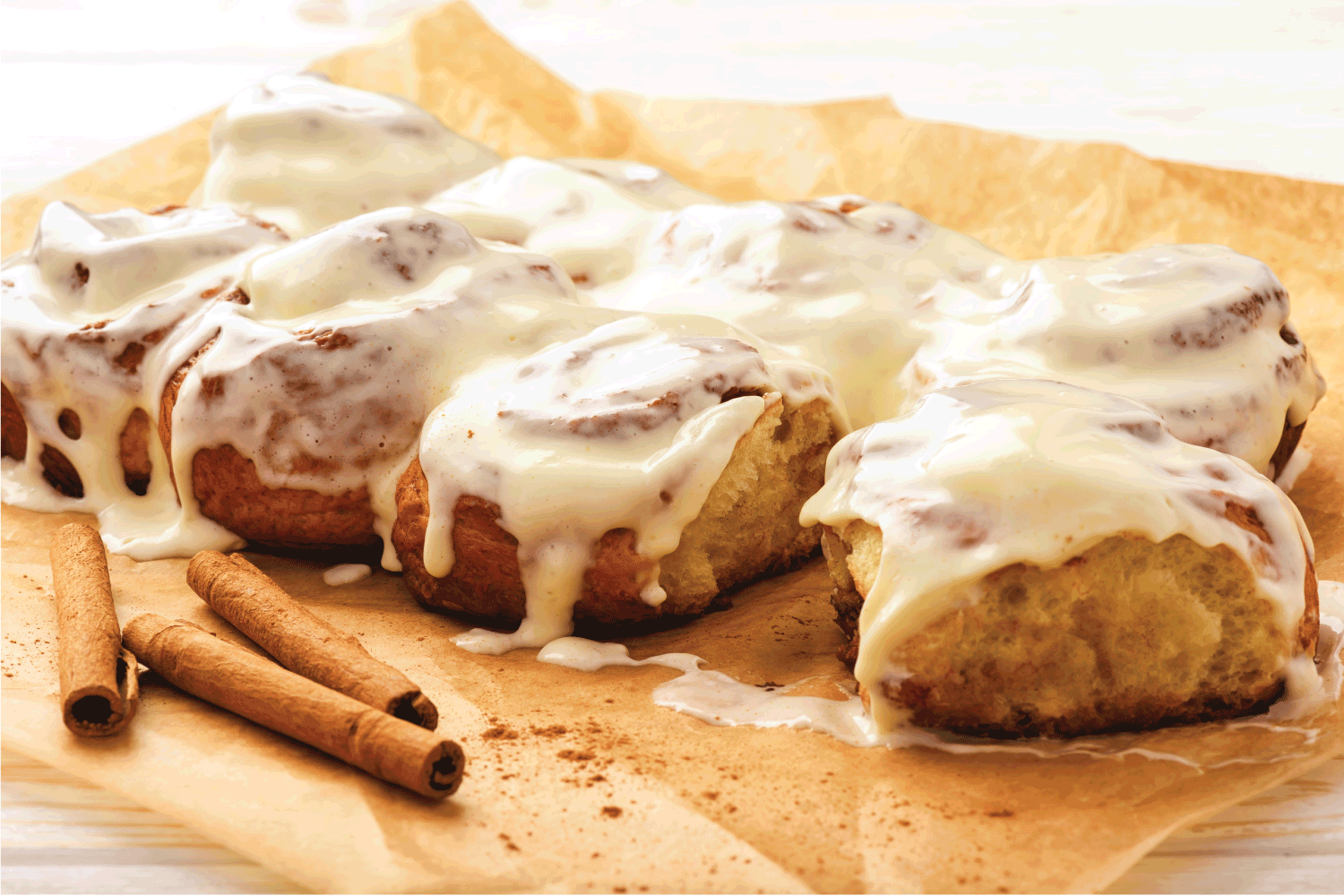 If you want to make twelve cinnamon rolls rather than the standard nine, you may want to use a 9x13 inch pan. The ideal size truly depends on how many cinnamon rolls you are making at one time.

One tip for fluffy cinnamon rolls is to grab saran wrap. Before baking, cover your baking dish that has your cinnamon rolls in it with saran wrap for about thirty minutes. This is done in order to allow them to have a sufficient amount of time to rise. Cinnamon rolls can be left in your refrigerator for up to 24 hours prior to baking.

Can You Bake Cinnamon Rolls On A Cookie Sheet?

You absolutely can bake cinnamon rolls on a cookie sheet. In fact, a cookie sheet is most often what you will read is suggested in recipes. To keep them as moist as possible, make sure that they're close to touching.

Can I bake cinnamon rolls in my muffin pan?

You can bake cinnamon rolls in a muffin tin. It takes a little longer than the other baking dishes but will work if you do not have a better option.

Preheat your oven to 350°F for about twenty minutes. Some people like their cinnamon rolls crispy while others want them to be soft. Check your cinnamon rolls halfway through the baking process and again with a few minutes remaining on your timer so that you can get them out at the right stage for you.

How Do You Prevent Cinnamon Rolls From Sticking To The Pan?

Because cinnamon rolls tend to stick to metal, you can use parchment paper. Parchment paper is developed in such as way that it has a non-stick, durable, heat-resistant surface.

Get some baking parchment paper on Amazon.

Is Glass Bakeware Better Than Metal? 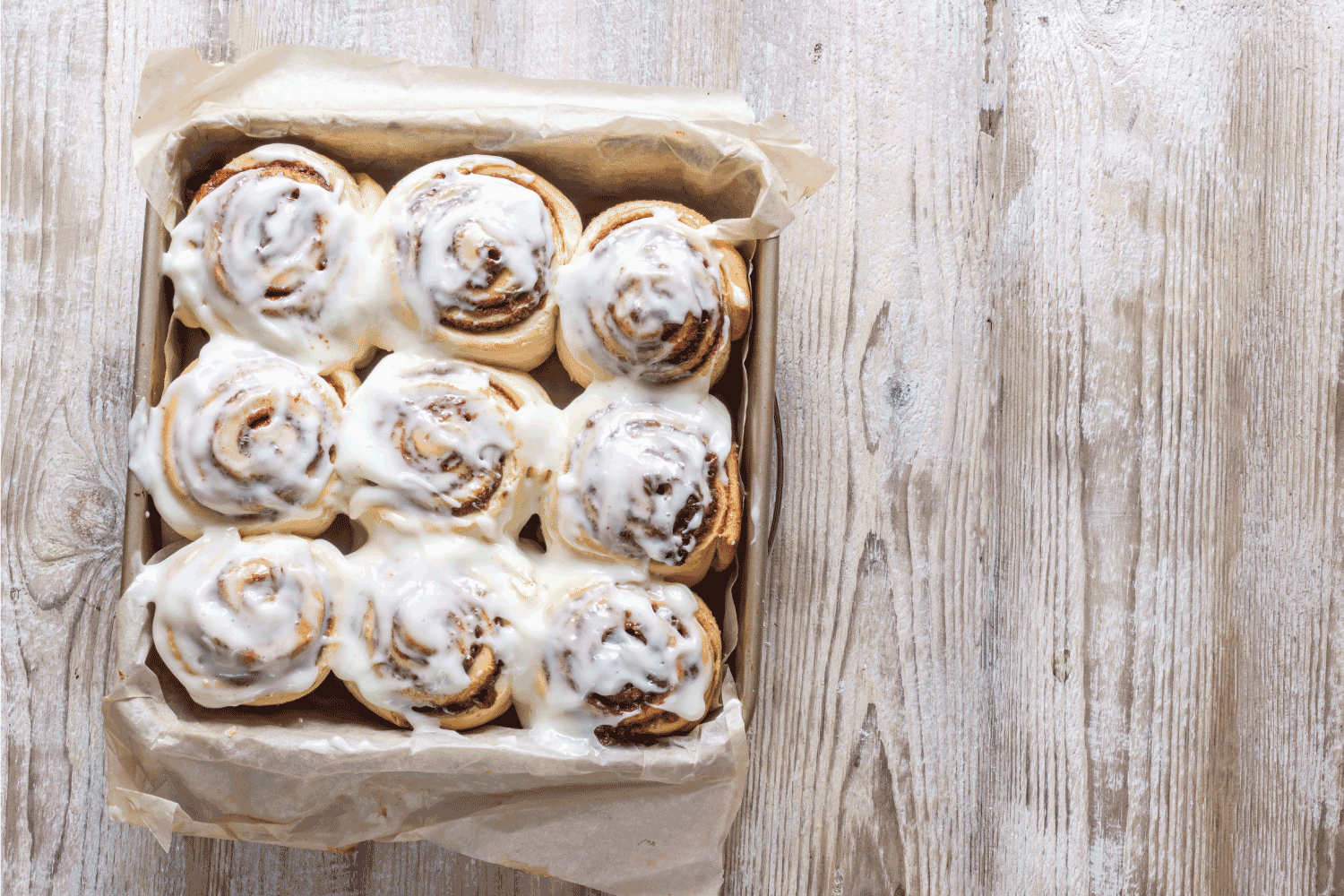 Glass bakeware is better than metal bakeware in some ways. The glass retains heat better and is nonreactive. Nonreactive means that the cinnamon rolls will not pick up any left behind flavors from the glass. The fact that glass retains heat better does not necessarily mean that metal cooks faster than glass. Glass bakeware actually tends to cook faster than metal bakeware.

Aluminum or steel bakeware will react to acidic foods. As such, tomatoes and citrus can leave lingering flavors on a metal pan. Those are best in glass bakeware. Dark metal pans cook faster than lighter pans. Shiny baking dishes take longer to bake than dull or matte finishes.

Glass sometimes shatters when it gets too hot. You should always check the bottom of your dish for an "oven-safe" stamp or sticker. If you are unsure whether or not your dish or pan is oven-safe, check the original packaging or the manufacturer's product description.

How Do You Keep Cinnamon Rolls Moist?

Keeping your cinnamon rolls moist prior to baking requires you to store them in an airtight location. Whether they are individually wrapped or covered with saran wrap, you need to wrap them tightly. If you are going to keep them moist overnight, your best bet is to freeze them in individual bags or wrappings.

Your cinnamon rolls should be put into an airtight container after wrapping them to ensure that they stay moist. Take them out the night before you bake them and allow them to thaw in the refrigerator.

Do Cinnamon Rolls Need To Touch When Baking? 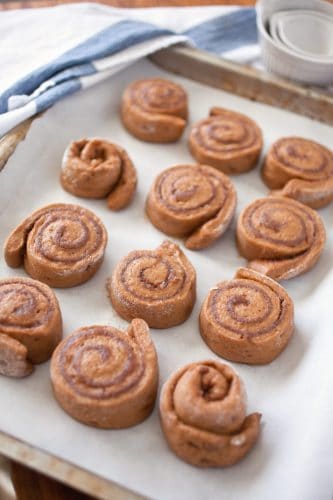 Using a conventional oven is the surefire way to end up with perfectly baked cinnamon rolls every time. When you bake in your oven you have to wait for it to preheat but then you can stand back and watch the magic happen. For nine cinnamon rolls, bake them at 350°F for twenty to twenty-five minutes.

If you would like a faster method than the oven, bake your cinnamon rolls in your toaster oven. A toaster oven is said to use one-third to one-half less energy than a typical conventional electric oven. You bake cinnamon rolls in the toaster oven by using the baking tray, setting the temperature to 300°F, and allowing them to bake for twelve to sixteen minutes.

Click here to see this toaster oven on Amazon.

Click here to see this air fryer on Amazon. 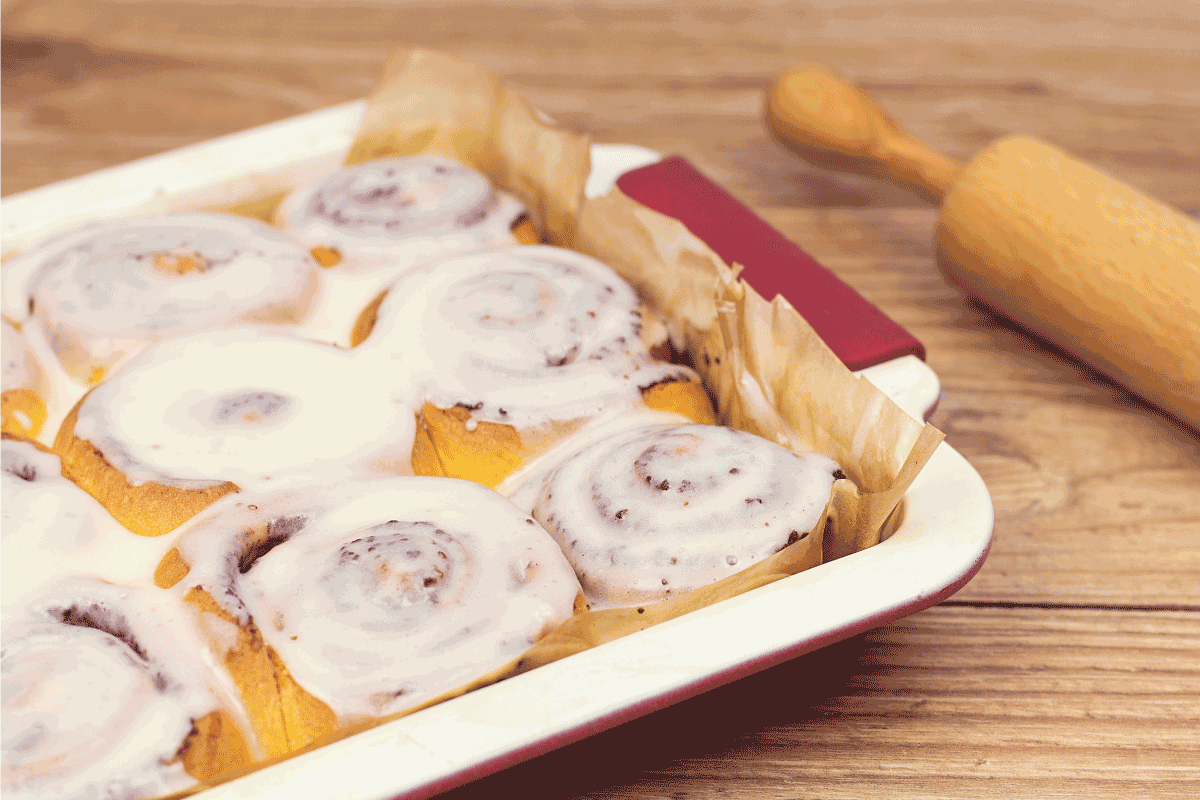 Overall, the best pan for baking cinnamon rolls is a round pan or 9x9 baking dish. This is for the result of soft pull-apart cinnamon rolls. If you prefer for your cinnamon rolls to be more crispy, you can leave about three inches of space around each one on a cookie sheet.

Before you go, check out the following links all about cinnamon rolls:

What Goes With Cinnamon Rolls For Breakfast?

Can Muffin Pans Go In The Dishwasher?

Can You Cut On A Marble Cheese Board?

Best Pots For Cooking Over Campfire – Type And Size