Pudding makes a great dessert, but most recipes, even instant, call for milk. If you don't have any milk, can you use water instead? We've done the research to bring you the solution to this pudding problem.

It is possible to make pudding with water instead of milk. However, the flavor and consistency will not be the same. You will want to reduce the amount of liquid used to help maintain a creamier consistency.

Instead of using plain water, you can get better results by mixing it with cream, evaporated milk, or dry milk. You can also use nut-based milk or make your own oat milk for a dairy-free substitute.

Continue reading as we take a look at how to substitute water for milk as well as options to improve the flavor. We'll even see how you can make oat milk at home with just oats and water! We'll also look at some other dessert options you can consider that don't need any milk at all.

How to Make Pudding with Water 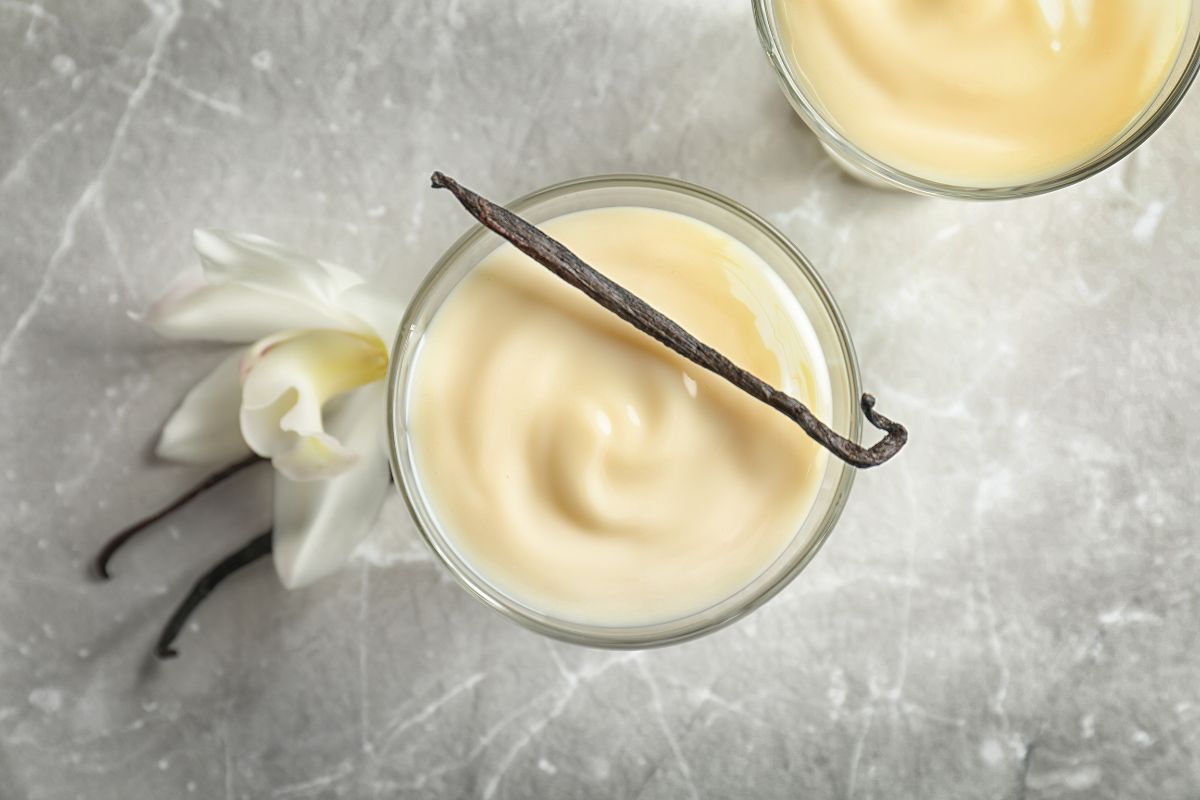 If you want to make pudding but don't have any milk on hand, it's easy enough to use water instead. However, there are some tricks to getting the consistency to turn out right. There are also some ways you can improve the flavor compared to just using plain water.

The most important thing to do when substituting water for milk when making pudding is to reduce the amount. It's true that milk is mostly water. However, it also contains fats and proteins that water lacks. These fats and proteins don't just give milk its color and flavor; they also thicken it compared with water and can help pudding set.

That's why it's important that you don't use a 1:1 ratio when replacing milk with water in a pudding recipe. The resulting pudding will be much looser or even runny. Instead, cut the amount of liquid by a quarter or as much as half. This means that, for every cup of milk, use between 1/2 and 3/4 cups of water.

This is easy to do with instant pudding. Simply add in half as much water as you would milk, stir, and continue to add water until you reach the consistency you like. You may find you like the consistency of the pudding more by using a smaller amount of liquid.

For homemade pudding recipes, it can be a little more complicated. These recipes often call for you to simmer the milk with egg yolks, cornstarch, or a combination of the two. Starting with a half cup of water for every cup of milk, you might not have enough liquid to create the base effectively.

In this case, you can start by using 2/3 cups of water for every cup of milk the recipe calls for. Then, after all the other ingredients have been added, check the consistency and continue to add water, a little at a time, until you reach the desired consistency.

What to Use Instead of Milk in Pudding 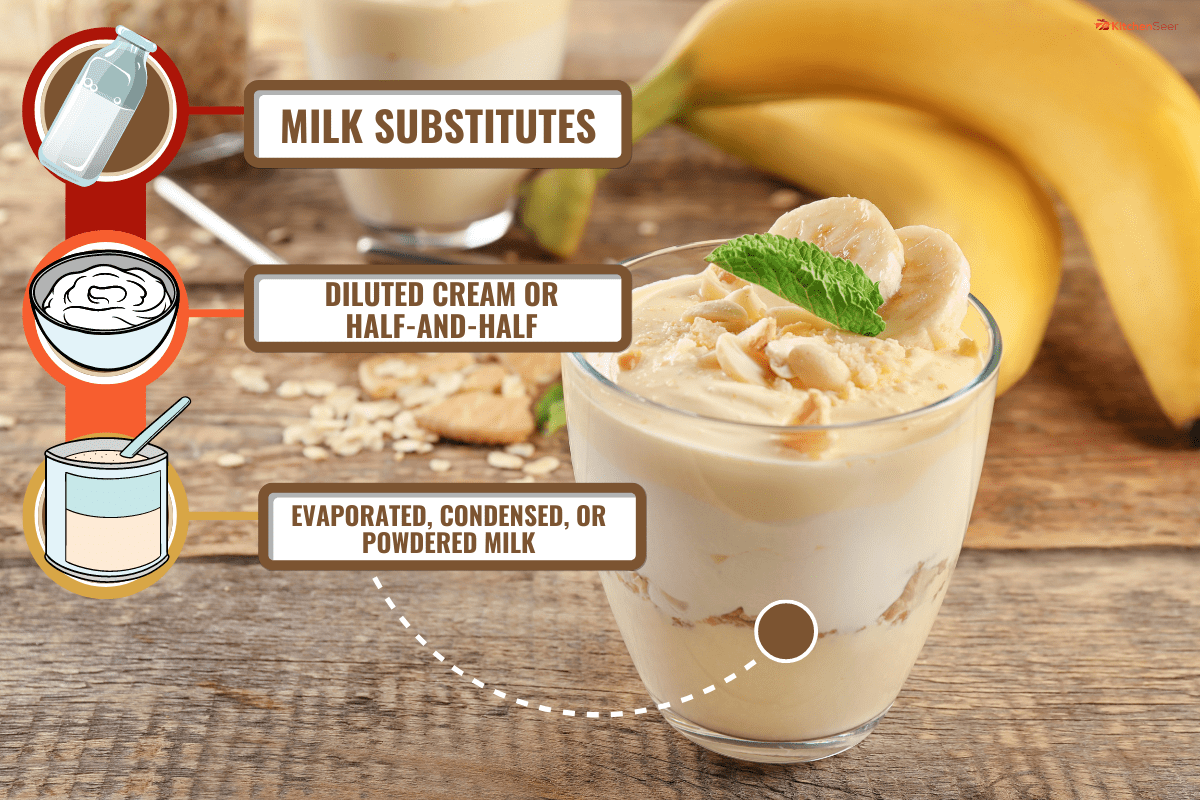 We've seen that it is possible to use water instead of milk in your pudding recipe, as long as you reduce the amount. However, the flavor will not be as rich and the consistency may still be a little loose.

For better flavor and texture, consider some of these options instead of simply subbing water in for the milk.

These days, there are so many milk alternatives that are widely available. Almost all of these will add a better flavor and texture to your pudding than simply replacing the milk with water.

Oat milk, almond milk, and rice milk are particularly good options. Soy milk and coconut milk can also be used, but they tend to have strong flavors that will come through in your pudding. If you like these flavors, they can be great substitutes, but some find they taste off.

Of course, if you don't have milk at the ready, you might not have these milk alternatives either. That doesn't mean you can't use them, though. Oat milk, in particular, is very quick and easy to make at home. 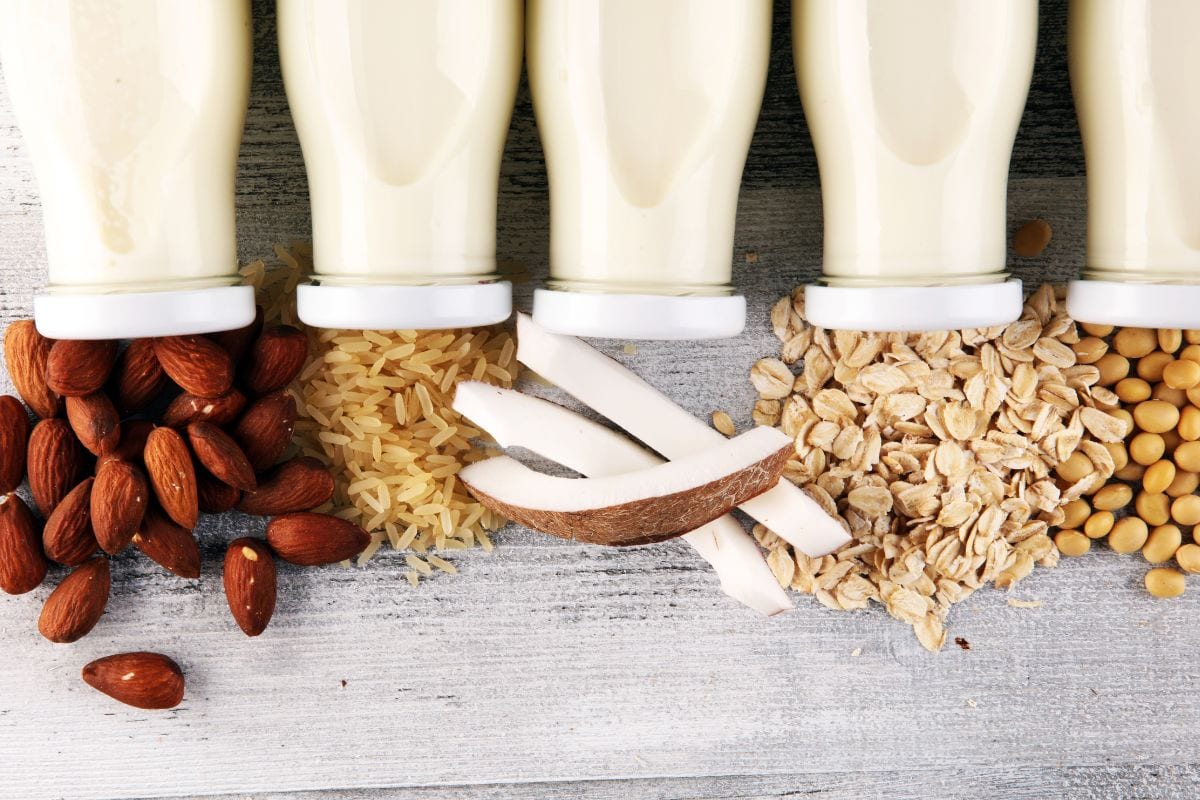 Simply mix 1 part of oats with 6 parts of water in a blender or food processor and blend for 30 seconds. Then, drain the liquid through a fine strainer, and voila! You'll have oat milk at pennies on the dollar that works great in situations like this.

For creamier oat milk, soak the oats for 30 minutes in warm water first. Then, discard the water, and blend the oats with six parts of cold water for two minutes. Afterward, you can use the oat milk as is, or drain it through a cheese cloth or nut milk bag for a less grainy texture.

Even if you run out of milk, you may still have some cream or half-and-half in your fridge. These contain more fat than your standard milk, but you can dilute them with a little water.

Plan on using 60% cream and 40% water for the quantity of milk you need. With half-and-half, you can do a one-to-one substitution for a richer pudding or cut it with 15 to 25% water.

Evaporated, condensed, and powdered milk are all great pantry items to keep on hand because of how shelf-stable they are. You may even find that you have some in your pantry that you forgot were there.

You can simply follow the instructions on the box for powdered milk to make as much as you need for your pudding. 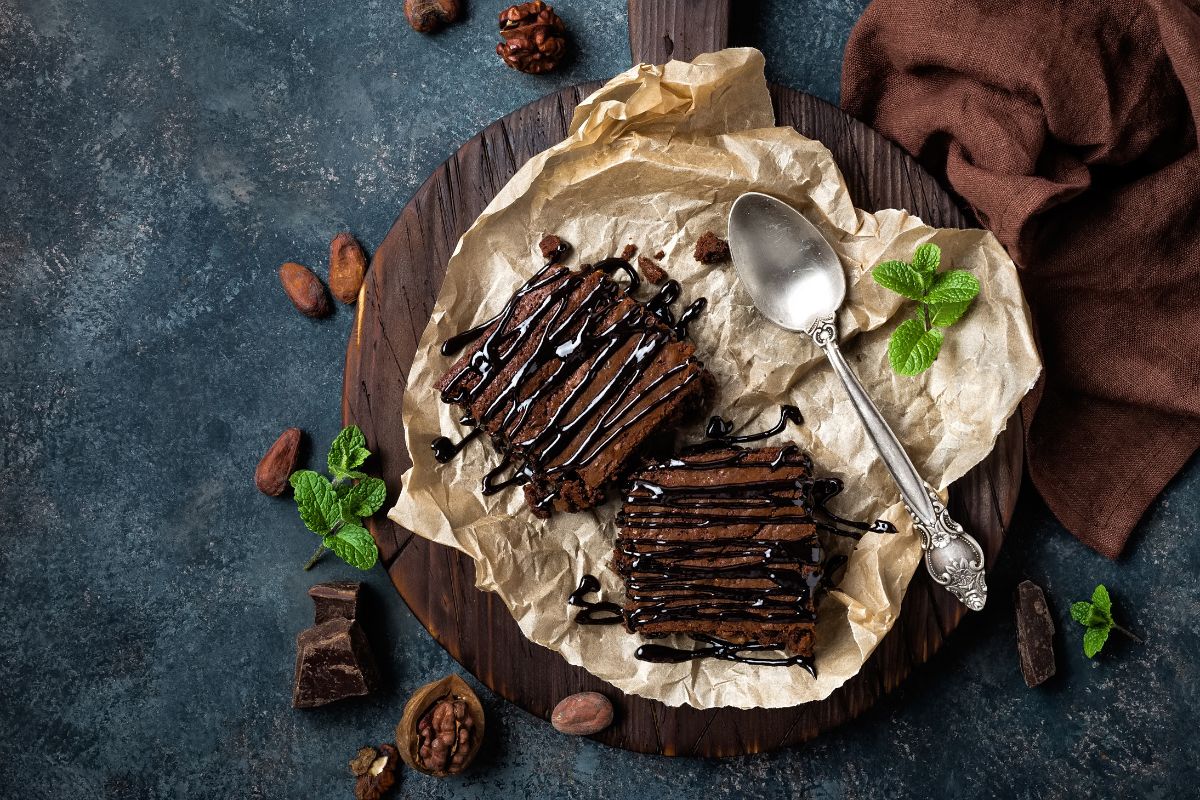 We have seen different ways you can make up for missing milk in your pudding recipe, but there are also a lot of great desserts you can whip up that don't call for milk in the first place. Whether you abstain from milk or just don't have any handy, you can satisfy your sweet tooth with these tasty recipes.

Most pudding recipes call for dairy milk, but there are several great recipes out there formulated with coconut milk instead.

This recipe, from Dr. Axe, calls for just six ingredients: coconut milk, eggs, maple syrup, arrowroot powder, coconut oil, and vanilla extract. True, some of those ingredients, such as arrowroot powder, are not such common pantry staples, but they are becoming more widely available in recent years.

If you prefer your pudding on the chocolatey side, this recipe from Simply Recipes calls for just two ingredients: full-fat coconut milk and dark chocolate (vanilla is mentioned as an optional third ingredient).

Traditional chocolate mousse recipes will usually call for some dairy, but there's an easier, healthier alternative that's gained some recognition lately: silken tofu. The idea of making mousse with tofu may seem crazy, but once you've tried it, you'll understand.

There are many approaches to making mousse this way, some of which include milk. This recipe, from The Conscious Plant Kitchen, only requires silken tofu, dark chocolate, cocoa powder, and vanilla extract.

Drain the tofu, melt the chocolate, then blend all the ingredients in a food processor. Let the mixture set in the fridge, and you'll have a great, chocolatey dessert!

If you don't have milk handy, you might not have coconut milk or tofu handy either. In that case, there are a lot of great cookie recipes you can make with common pantry ingredients, eggs, and butter; no milk needed. You can go with sugar cookies, Snickerdoodles, or the classic chocolate chip cookie.

For an awesome variation on the chocolate chip cookie, try browning the butter first. This introduces some new, nutty flavors into the dough that add a bit more warmth and complexity to this classic cookie. Check out how to make brown butter chocolate chip cookies in the video from Basics with Babish below:

While some brownie recipes may call for milk, most of them don't. And if you use vegetable oil instead of butter, it's easy to make this decadent dessert completely dairy free.

This is the approach with this recipe from Love and Lemons. In fact, eggs are the only ingredient you'll need from the refrigerator for this recipe. Everything else is a pantry staple.

More than just brownies without the chocolate, blondies have a chewy, caramelly quality that's hard to beat. And you don't need any milk to make them! 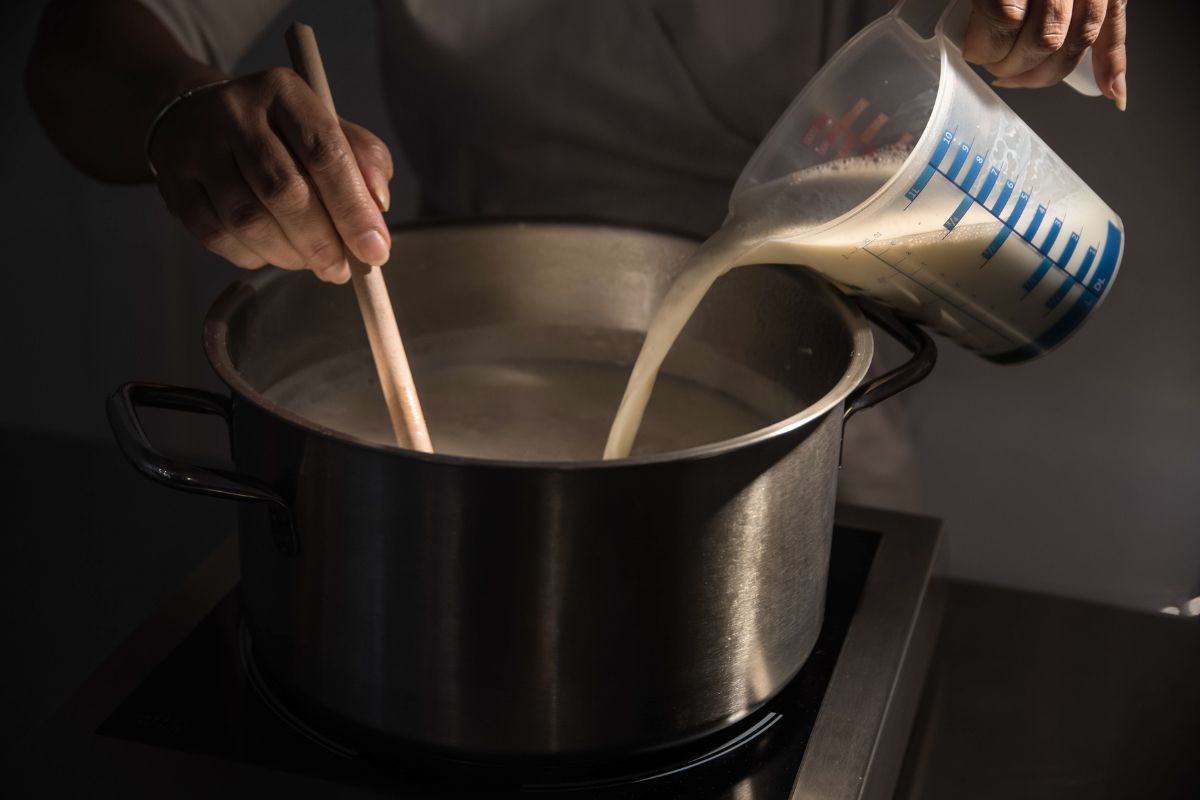 If you don't have milk, you can still make a tasty pudding with water, just be sure to cut back on the amount for a better texture. The flavor won't be quite the same, but you can make up for that by using some of the alternatives we've covered. And, if nothing else, you can always whip up other sweet desserts that don't call for any milk at all!

If you enjoyed this article, be sure to check out these great posts:

Can You Leave Almond Milk Out Overnight?

Does Butterscotch Have Dairy?

How To Defrost Chicken In The Microwave

Do You Have To Defrost Quiche Before Cooking?

How Long To Fry French Fries?