Most people don't think twice about throwing away the tiny seeds in their bell peppers. But have you ever wondered what the issue is with these little guys? Are bell pepper seeds really that bad? Are they super spicy? Or worse, are bell pepper seeds poisonous? If you're curious about whether bell pepper seeds are safe to eat, then you've got to check out the research we've done on this interesting topic.

It's perfectly safe to eat bell pepper seeds or incorporate them into your favorite dishes. The reason many chefs discard these seeds is because they have a bitter flavor profile. The harsh earthy notes in these seeds may throw off your recipe's intended flavors. 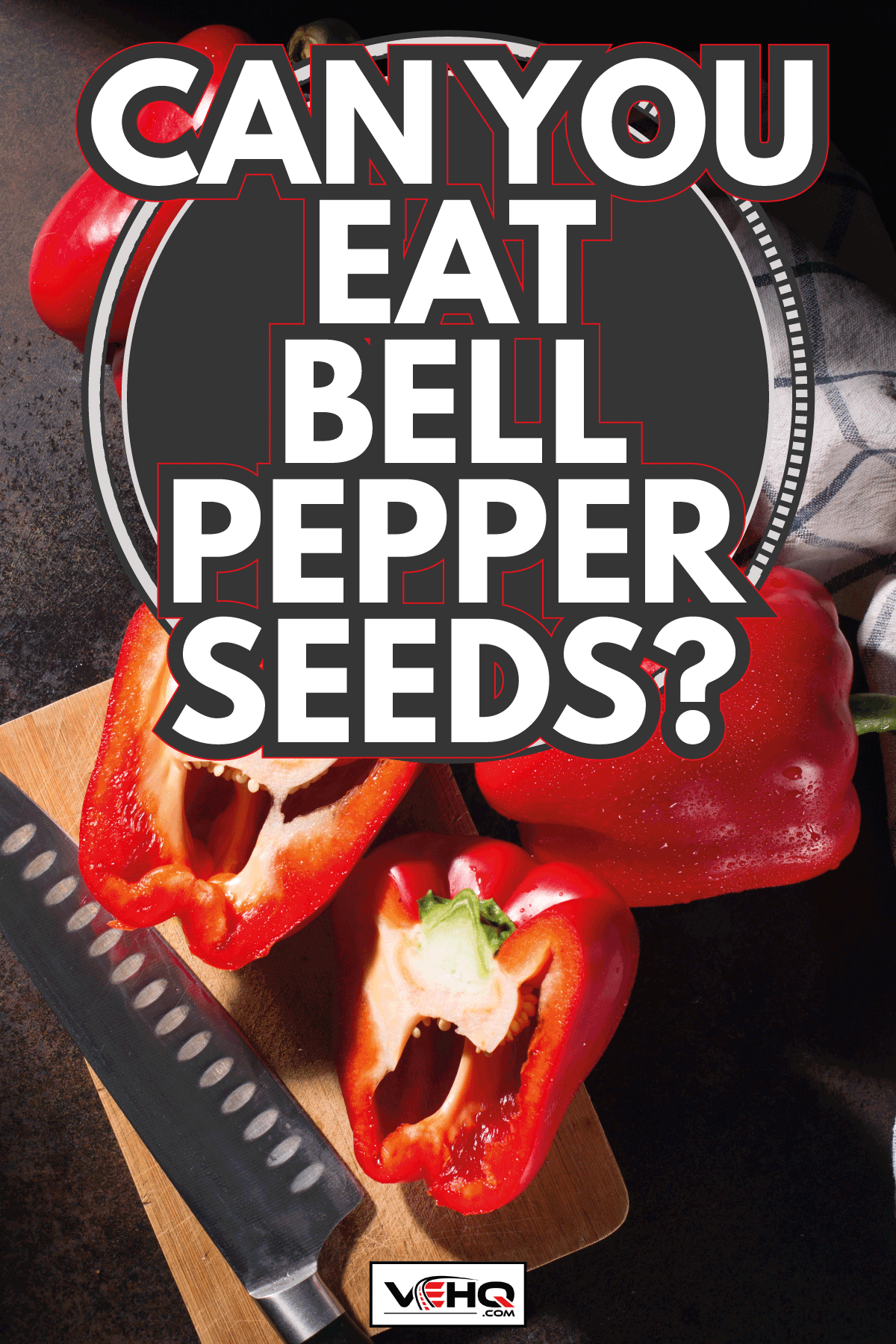 Can You Eat Bell Pepper Seeds?

It's OK to eat bell pepper seeds or add them to your cooking. As long as these seeds aren't black or covered with mold, they are edible and have no toxic compounds. While you may not enjoy the taste, they won't get you or your family sick. 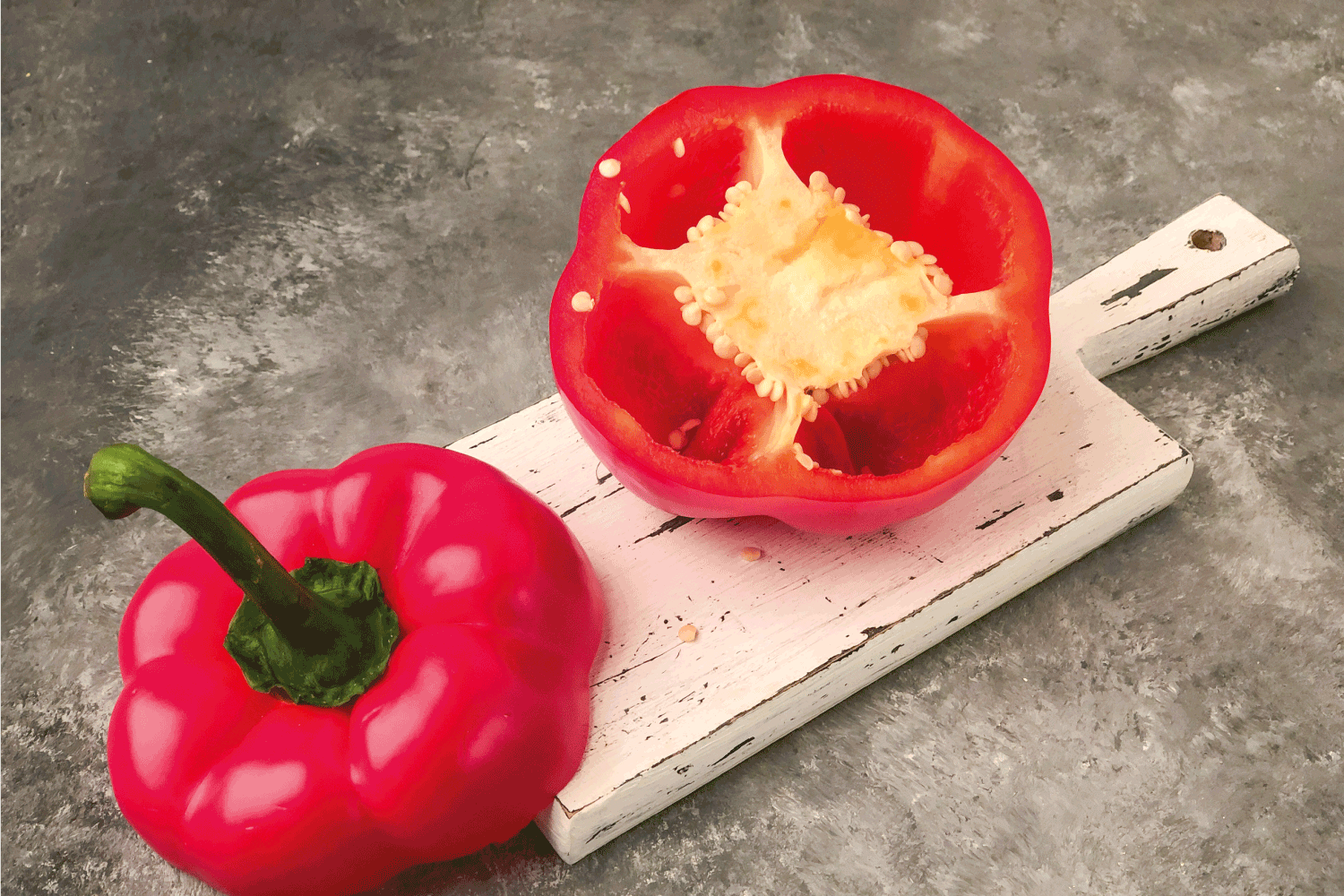 What Happens If You Eat Green Pepper Seeds?

Nothing terrible will happen to you if you eat seeds from green peppers. While not everyone's a fan of how these seeds taste, they aren't poisonous.

Arguably, it makes the most sense to keep bell pepper seeds in a meal with green peppers versus red, yellow, or orange varieties. Since green peppers are harvested early in the season, they have a naturally bitter and almost grassy taste. These flavors are complementary to the astringent notes in bell pepper seeds. 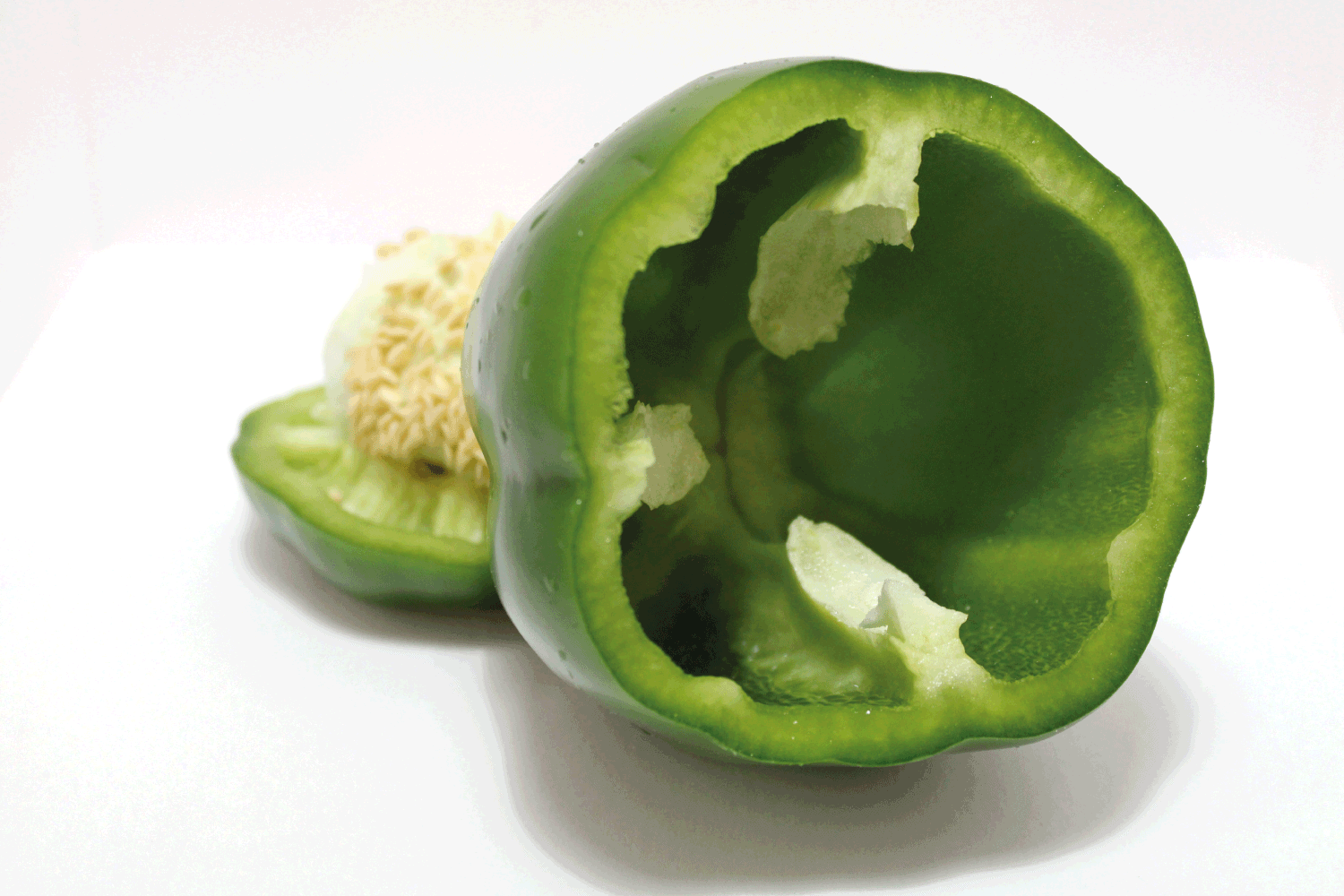 By contrast, more mature bell peppers are well known for their sweet profile. If you mix bitter seeds with red bell peppers, you can understand how these flavors would clash.

What Does It Mean When The Seeds Are Black In A Bell Pepper?

It's understandable to freak out when you see black seeds in bell peppers. However, in most cases, these seeds aren't a sign that your bell pepper is rotten. There are a few possible reasons why a bell pepper would have black seeds, but most involve minor issues while growing or handling. 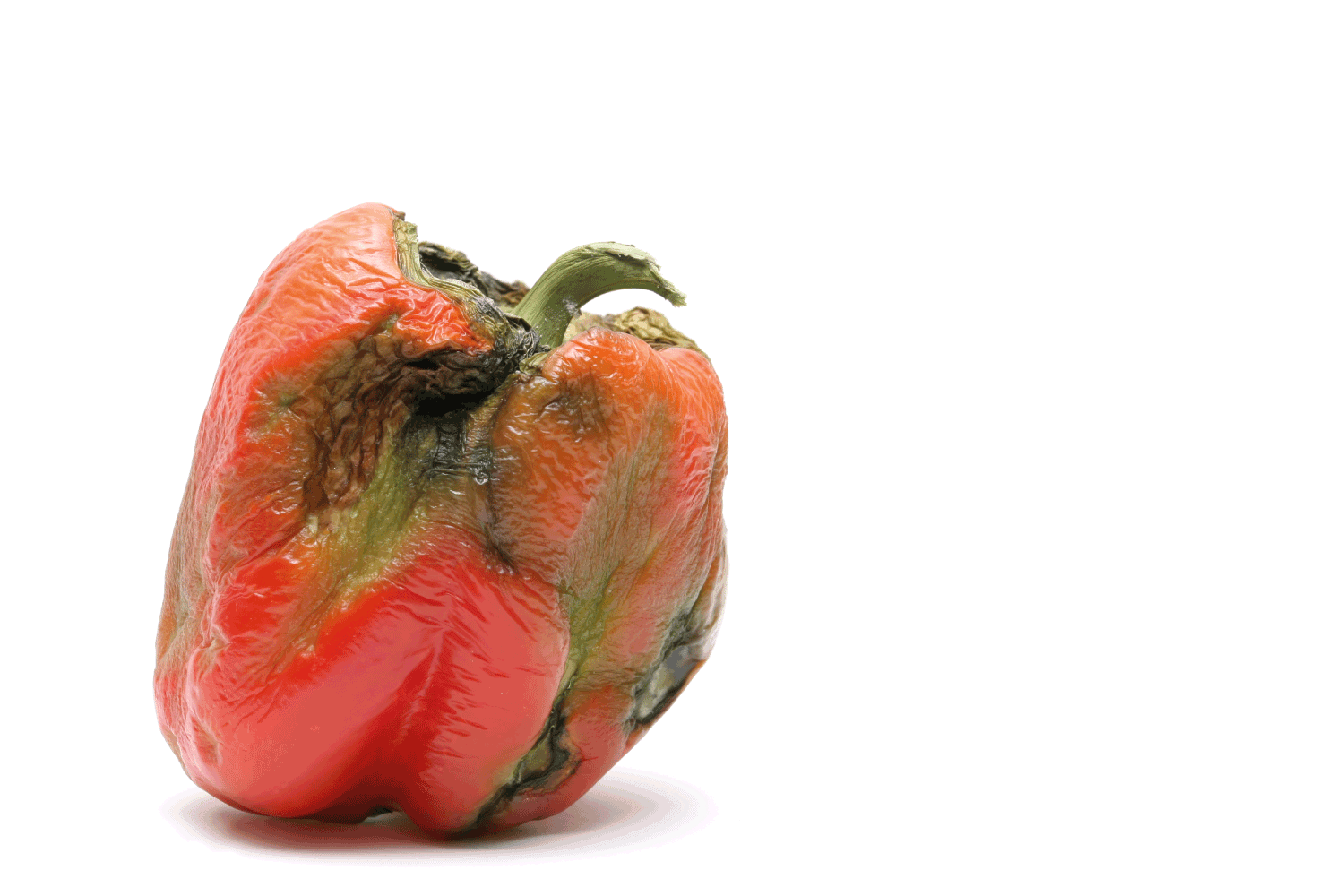 What you really need to look out for is mold. You should always discard bell peppers that have a mold infestation. Other warning signs a bell pepper is bad include slimy skin, soft texture, or wrinkles. 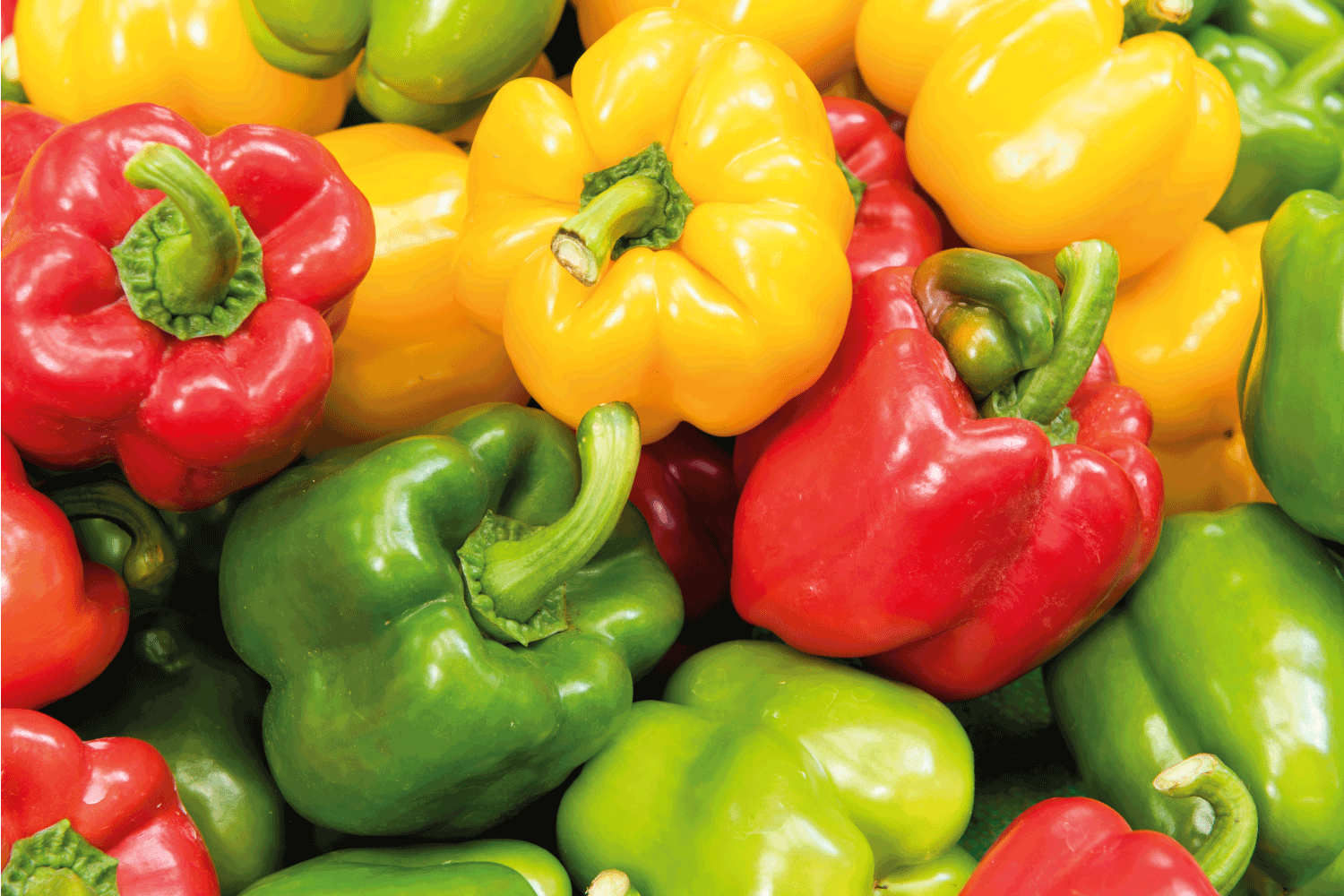 There's a common assumption that a pepper's seeds contain all of this fruit's spicy compounds. In the case of bell peppers, this is not true. Bell peppers don't even register on the official Scoville Heat Index, which is used to measure the intensity of a pepper's spiciness. Therefore, you don't have to worry about bell pepper seeds adding spice to your recipes.

However, seeds in other peppers like jalapenos, cayenne, and Carolina reapers contain detectable traces of capsaicin. For those who aren't aware, capsaicin is the compound most responsible for a pepper's mouth-burning sensation.

Interestingly, many scientific studies suggest capsaicin has some profound health benefits, including a reduced risk of stroke, heart attack, and some forms of cancer. In fact, many people take cayenne pepper tablets on their own to take advantage of these benefits.

For many years, chefs believed a pepper's seeds contained most of the plant's capsaicin content. However, recent evidence suggests that most of a pepper's heat is concentrated in the fruit's white pith. So, if you're using a naturally hot pepper and you want to dampen the spiciness, you should remove the seeds and the inner white membrane.

On the other hand, folks who love adding spice to their foods have to check out this post: How Long Cayenne Pepper Lasts

Why Remove Seeds From Bell Peppers? 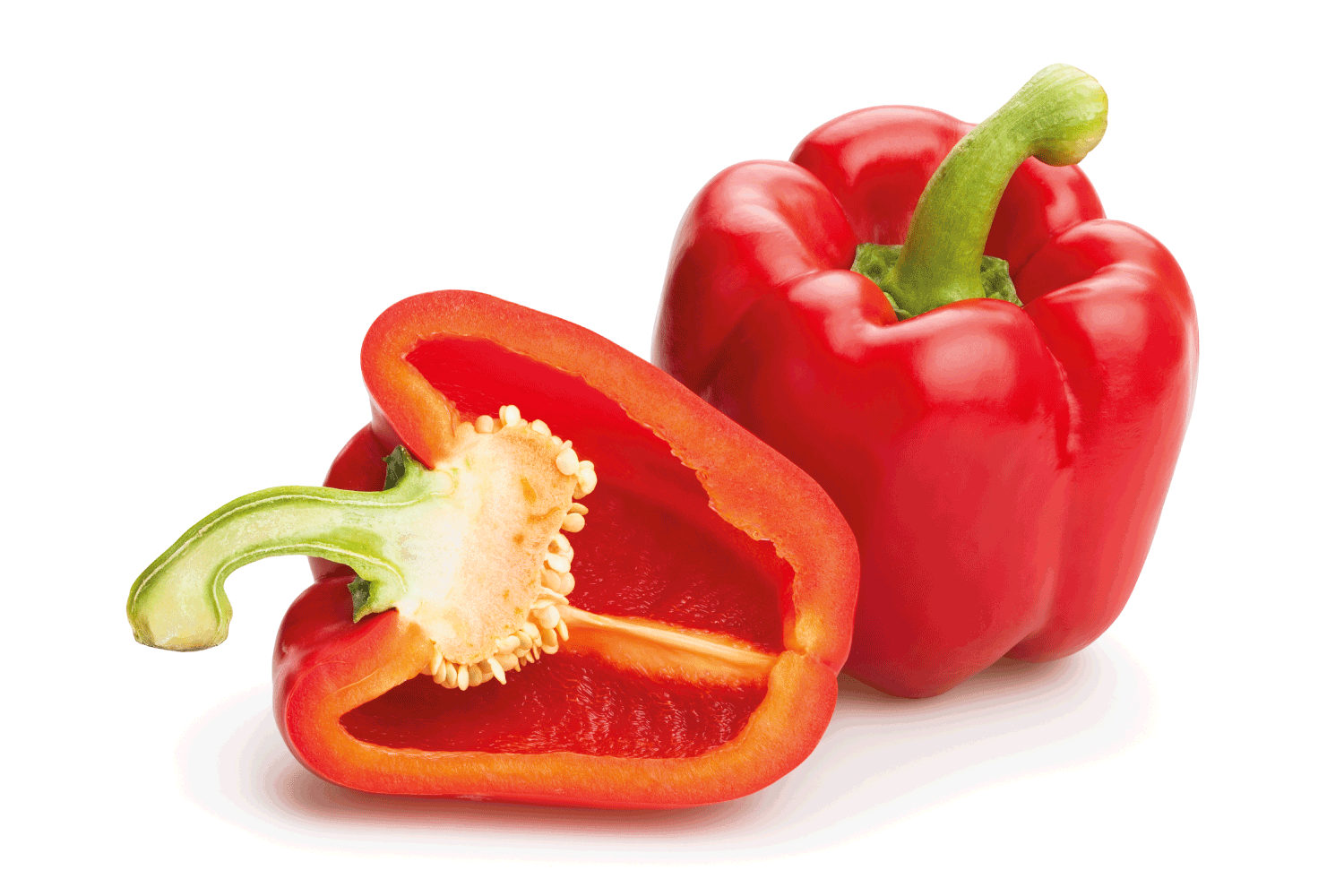 There are two primary reasons people remove seeds from bell peppers: taste and texture. In many cases, these seeds could detract from your meal's flavors depending on what you were cooking and your family's preferences.

In terms of taste, bell pepper seeds have a reputation for being exceptionally bitter. Even in aged peppers like reds or oranges, chefs often detect an earthy flavor that's not all that pleasing. If you want to accentuate a bell pepper's sweeter side, then leaving seeds in will defeat your purpose.

In terms of texture, bell pepper seeds will certainly add some extra "crunch" to your meal. Since these seeds may contain fiber, they'll probably add some thickness and roughage to your recipe. Some people complain that these seeds get caught in their teeth, while others don't like how they look or feel in their meal.

So, even though bell pepper seeds are safe to eat, they may make your meal inedible! Chances are you will toss most of these seeds before prepping dinner.

Believe it or not, there are bell pepper corers that make it easy to remove seeds without a mess.

For a few tips on properly removing seeds from bell peppers, check out this Gordon Ramsay tutorial:

Are The Seeds In Bell Peppers Good For You? 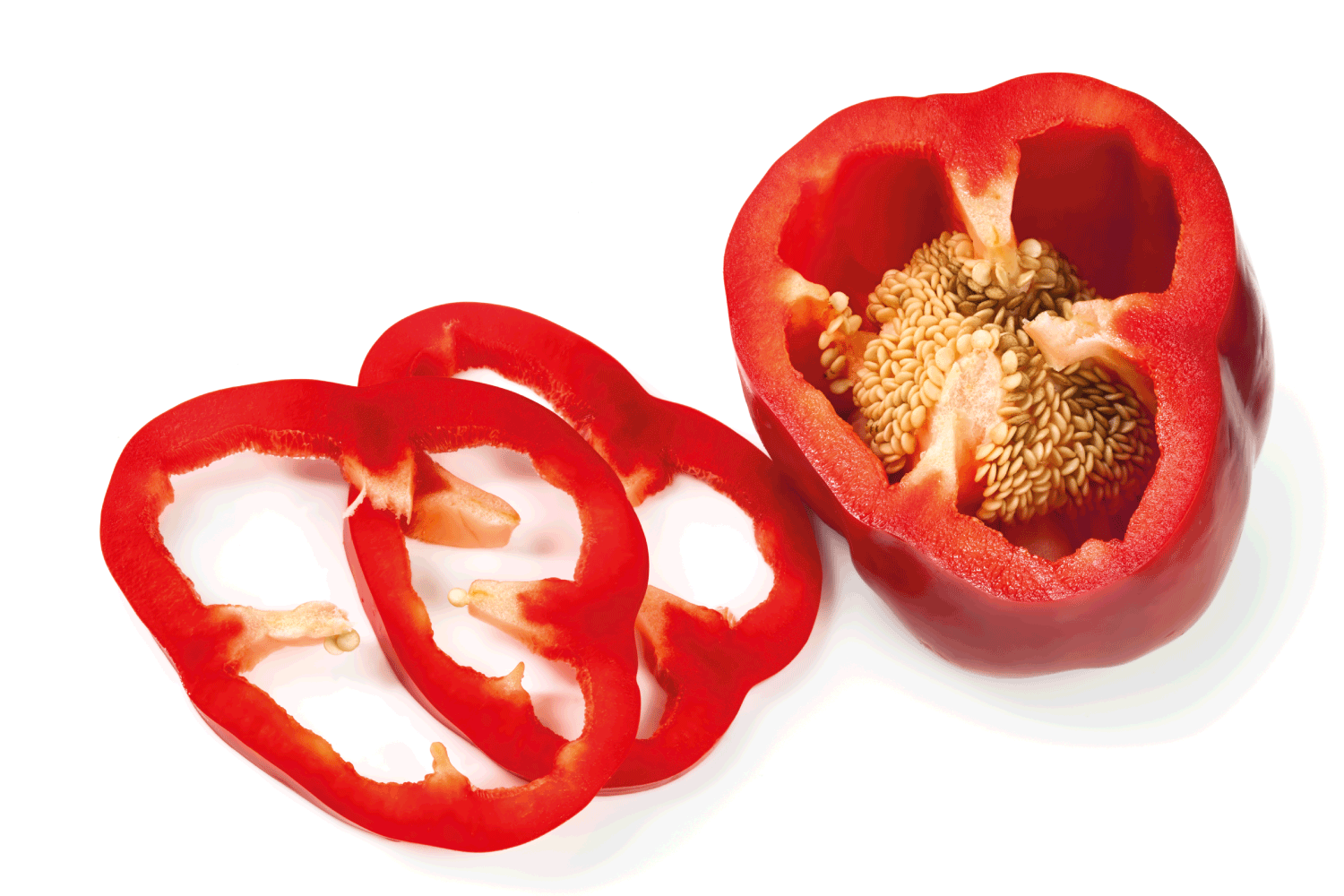 While we don't know a ton about the nutritional profile of these seeds, most nutritionists agree bell peppers are a healthy addition to your diet. These peppers are loaded with antioxidants and vitamins like B6 and folate. Plus, since peppers are over 90% water, they aren't a significant source of calories.

Which Color Bell Pepper Is The Healthiest? 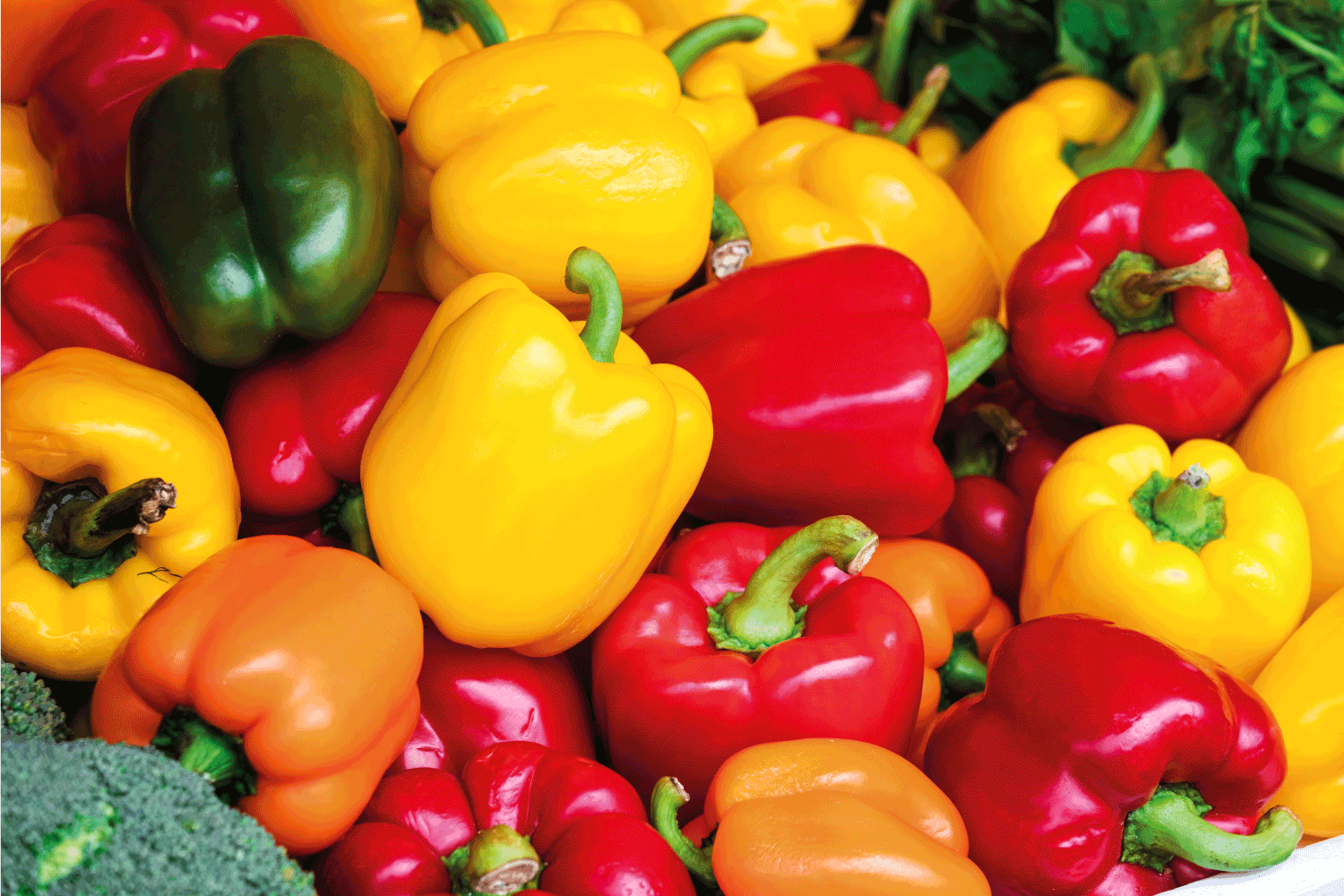 Scientists agree that red peppers blow away all other bell pepper varieties in terms of nutrition. Compared with green peppers, red peppers have over ten times the amount of beta-carotene and roughly double the amount of vitamin C.

So, why are red peppers so much healthier than green peppers? Basically, it all comes down to how long they were left on the vine. It takes a long time for peppers to change from green to red. This maturation process seems to give the red pepper enough time to enhance its total vitamin content.

By contrast, green peppers are plucked off the vine when they're in the early stages of development. While this gives the green peppers they're distinctively bitter bite, it also reduces their nutritional profile.

Of course, even though green peppers aren't as nutritious as red, yellow, or orange cultivars, that doesn't mean they're unhealthy. No matter which pepper you prefer, it will likely add nutrition to your diet.

Can You Grow Bell Peppers With Seeds? 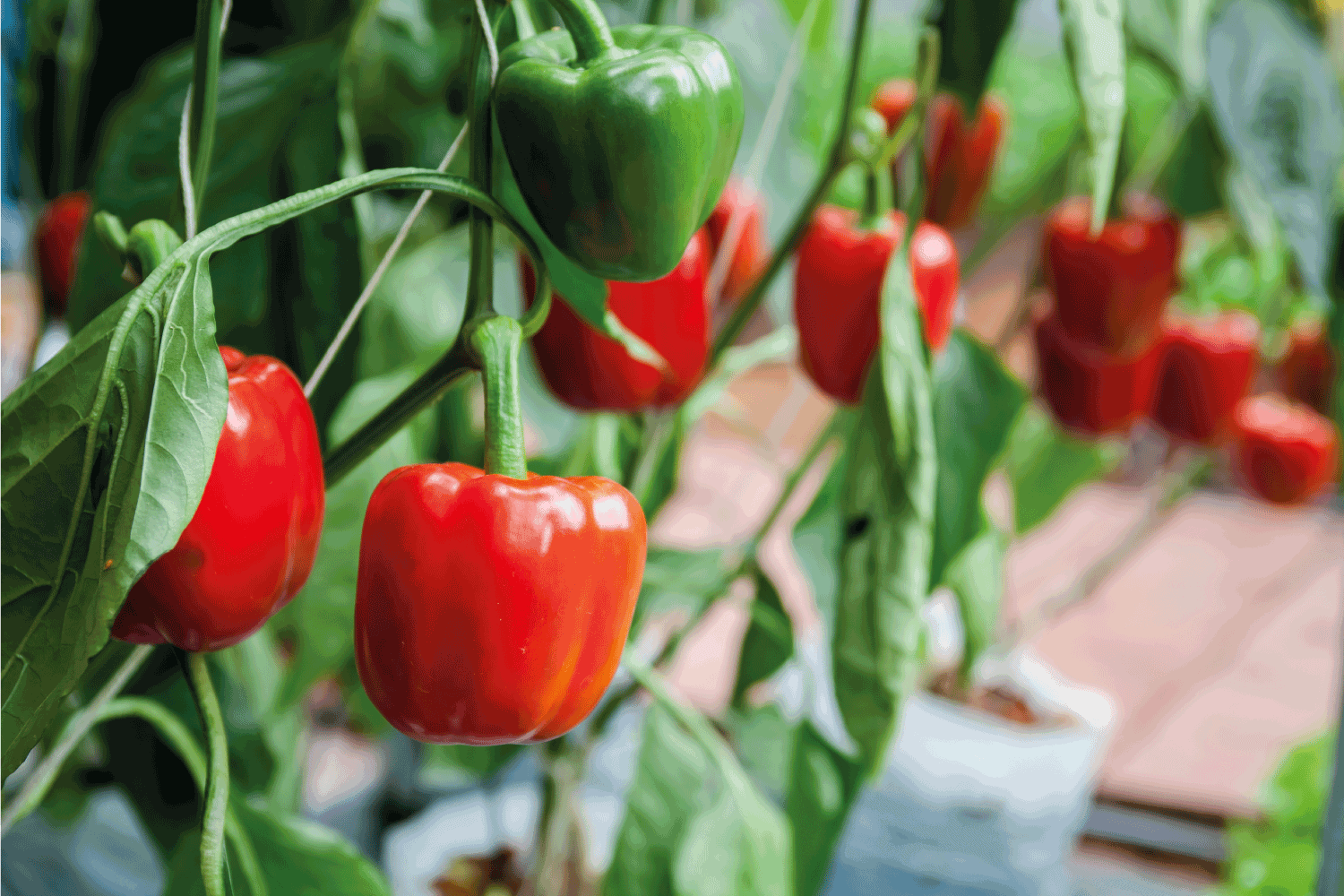 If you've got a green thumb, you can save a few of your bell pepper's seeds to grow a plant at home. You just have to ensure the seeds in your bell pepper plant look healthy with no signs of damage or mold. It's also best to use plump bell pepper seeds that are bright white.

You could also order healthy bell pepper seeds online to take the guesswork out of picking seeds.

While you won't have a mature bell pepper for about 115 days, it's possible to grow your own bell pepper plant at home.

You can learn more about growing a bell pepper plant from seeds on this YouTube video:

Go Ahead, Give Bell Pepper Seeds A Taste Test!

Please don't stress if a few bell pepper seeds end up in your meal! While some people don't like the flavor or appearance of these seeds, they aren't toxic. If you've never tried bell pepper seeds before, go ahead and taste a few the next time you're cutting one of these fruits. Tasting these seeds for yourself is the best way to determine whether you like them and what dishes they would best compliment.

Speaking of recipes that go great with bell peppers, be sure to check out our post on "What Vegetables Go In A Quiche" for some fabulous cooking inspiration.

Should You Boil Or Freeze French Fries Before Frying?

Can You Microwave Tomatoes?