Because cake is one of the most popular desserts, it has seen countless variations that are perfect for special occasions like birthdays. So, you may be wondering what the difference is between an angel food cake and a pound cake. Although they are both considered cakes, the method for baking either dessert is very different. We have thoroughly researched what makes angel food cake unique from pound cake.

Whether you plan on baking or ordering the right cake, it’s always important to understand the taste and contents of your dessert. Keep reading to learn what sets angel food cake and pound cake apart from other cakes, as well as how healthy each pastry can be for you. 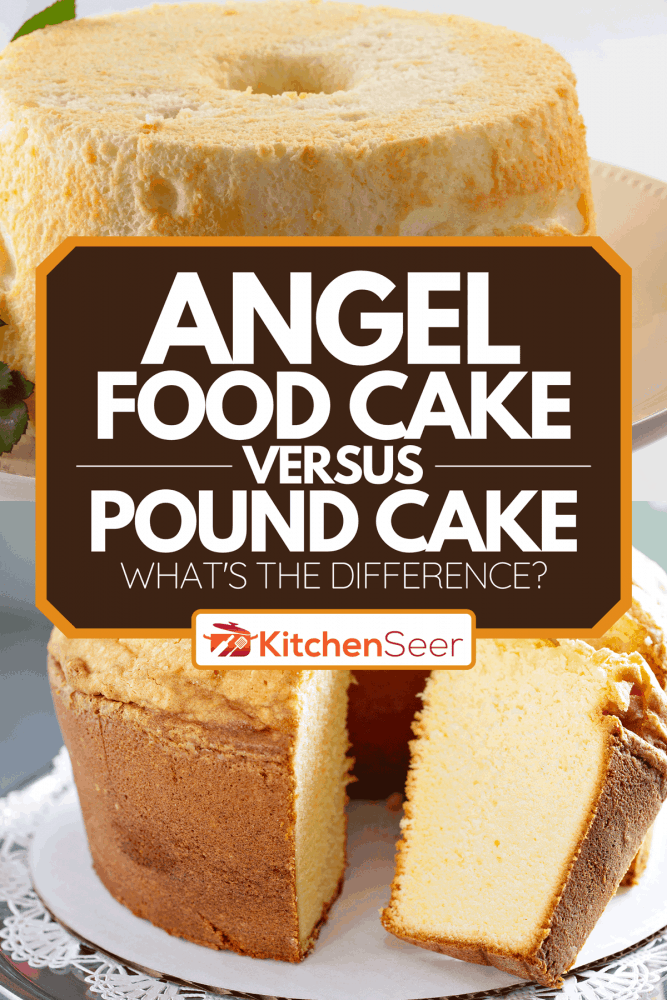 The most unique characteristic of angel food cake is that it does not use butter. In fact, even the pan it is baked in should be left ungreased. Instead, angel food cake is a type of foam cake, which is a basic classification for cakes that will rise by using either eggs or egg whites instead of traditional leaveners, such as baking powder or yeast. 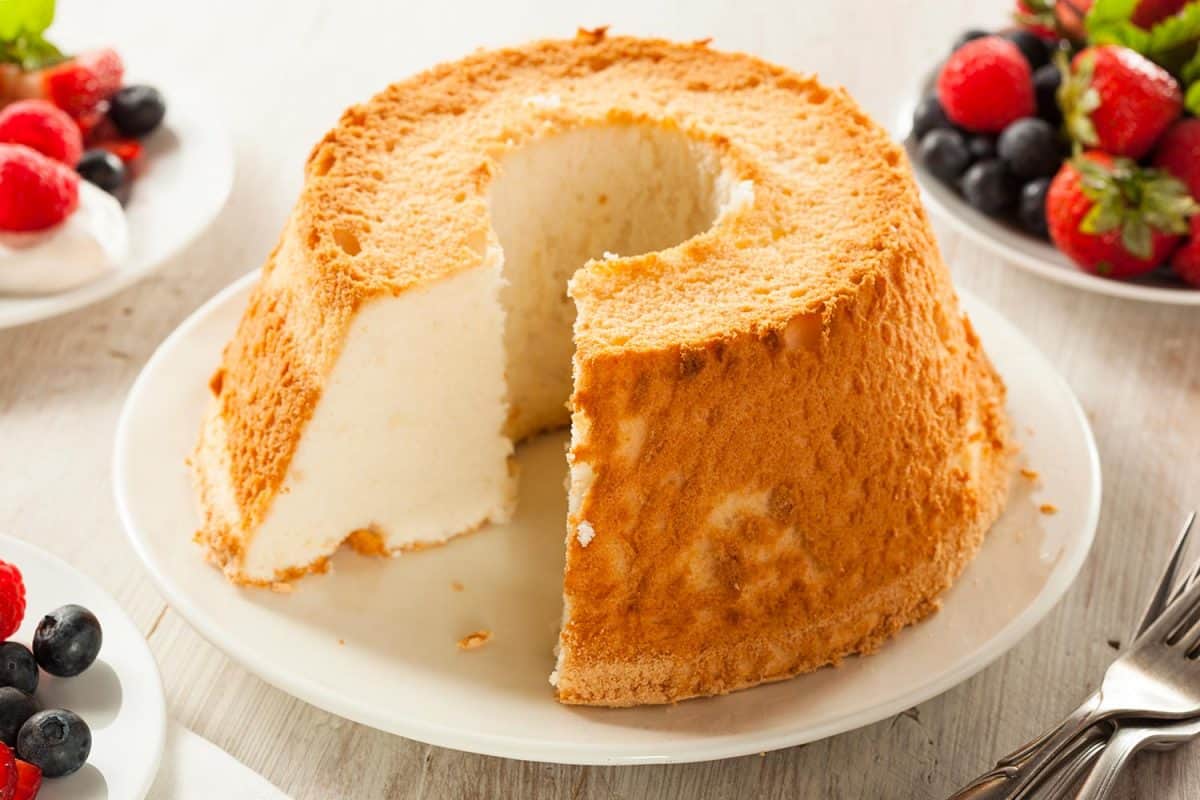 Angel food cake doesn’t use egg yolks, either. It is made with egg whites, which are beaten until stiff. This accumulates air, which can then be mixed into the cake batter. That simple trick allows the batter to rise when it is baked, resulting in an unusually tall cake.

Click here to find this tube pan with a removable base on Amazon.

As such, angel food cake is typically baked with a tube pan, which is specifically known as an angel food cake pan. Tube pans are much taller than a conventional cake pan. A tube pan is usually round with straight sides and includes a hollow tube in the middle. This design allows the angel food cake to safely cling to the sides of the pan, and rise without collapsing in on itself.

Also, once an angel food cake is removed from the oven, it actually has to be turned upside down. As such, most tube pans have a removable base, so that you can easily remove the angel food cake after it cools.

The resulting cake is exceptionally light, fluffy, and airy, which means that it will typically be too fragile for frosting. That is why different types of glazing and fruit are used for toppings instead. But angel food cake is still flexible because it can be flavored when you prepare the base.

Note that fresh angel food cake will generally be moist, unlike typical supermarket varieties. You can read the post "What Flour To Use For Angel Food Cake?" if you plan on baking one yourself.

Is there a difference between angel food cake and sponge cake?

These two types of cake are easy to confuse because the term sponge cake is sometimes broadly used to describe all foam cakes. So, traditional sponge cakes and angel food cakes are both light and unshortened cakes.

The main difference between them is that sponge cake uses both egg whites and egg yolks. These yolks will give sponge cakes more of a rich taste than angel food cake. Some sponge cakes may also be prepared in European fashion. This style is drier than the American version, so it is topped with syrups.

You can read the post "How To Store A Sponge Cake" to make sure a freshly baked or purchased sponge cake will last.

What is the difference between pound and cake? 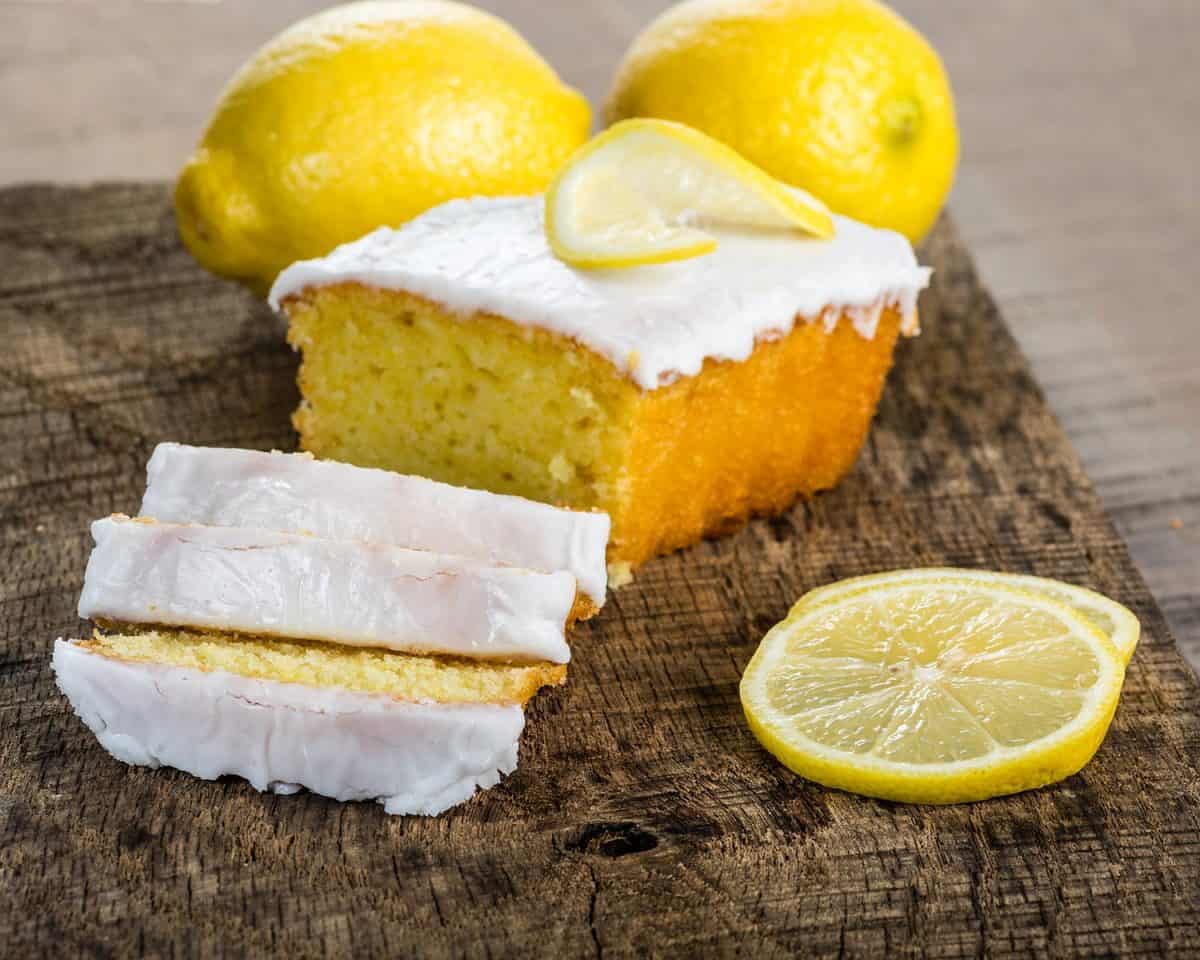 The pound cake was originally made with a pound of each main ingredient, which is how it earned its name. Although this ratio of ingredients has been altered over time, the pound cake is still known to have richer flavors and more density compared to traditional butter cakes.

That’s because pound cake is not baked to rise very high. Instead, pound cakes are typically left in a short loaf shape. As a result, you will need to liberally grease the pan you’re baking it in. The density makes it easier for the crust of your pound cake to stick, and later peel off.

Click here to find this bundt pan on Amazon.

This is true even when you bake the pound cake in a bundt pan. A bundt pan is round with uniquely decorative sides, as opposed to the straight walls of most pans.

You can read the post "How Long Do You Bake A Cake In A Bundt Pan? [Plus Some Popular Recipes!]" for tips on using the unique bundt pan.

Additionally, since pound cakes are so rich, they do not generally require the frosting that is found on other shortened cakes. Whereas classic American butter cakes are known for their frosting.

Cakes will also generally have more volume than a pound cake. They hold their shape even when spreading out in large rectangular pans, instead of loaf pans or bundt pans. But the density of pound cakes also makes them sturdy enough for heavier toppings, such as cream cheese, greek yogurt, or ice cream.

Which is healthier: pound cake or angel food cake?

Pound cake is classified as a shortened cake because it uses butter, which is high in fat content. It is highly rich and dense, sometimes baked with additional fatty ingredients such as cream or cream cheese. In fact, cream cheese is often used as a topping for pound cake, too. But cream cheese is generally very high in both calories and fat.

Remember that angel food cake will require sugar for whipping the egg whites. Usually, superfine sugar is requested, also known as caster sugar. Although caster sugar is finer and dissolves more quickly, it is generally not any healthier than ordinary sugar.

Click here to find this caster sugar on Amazon.

Because pound cakes use so much butter, they can be considered unhealthy. Experts such as the Mayo Clinic warn that because butter is made from animal fat, it includes unhealthy saturated fat. This can always increase your blood cholesterol levels, which results in fatty deposits in your blood that will raise your risk for heart disease.

Also, toppings for pound cake can sometimes be less healthy than the typical fruit found on angel food cake. For example, American coffee cakes are a variation of pound cake that is usually covered with large crumbles of sugar and cinnamon.

Lemons, pumpkins, coconuts, and oranges are all popular additions to the classic pound cake ingredients. Lemon in particular is frequently used even in commercially sold pound cake mixes.

Both angel food cake and pound cake are popular desserts, but for very different reasons. They each have unique textures, flavors, and shapes.

But now you understand the two basic classes of cake, which are either shortened or unshortened. This should make it much easier to distinguish the dense pound cake from a fluffy and delicate angel food cake. Since an angel food cake uses egg whites instead of butter, its size and toppings will make it instantly recognizable.

14 Types Of Flour For Pasta – Do You Know Them All?

What Kind of Oil Do You Put in a Deep Fryer?

How Long Does It Take To Cook Meatloaf?