Soup tends to be one of those meals that you manage to make an excess of. So, if you have lots of soup leftover from your meal, you'll need to store it well. What if you want to freeze it? What's the best container for that? We have the answer to solve your long-term soup storage needs.

Continue reading to learn more about the most effective ways to freeze soup as well as why Souper Cubes are the best container option. We will also talk about how long you can freeze soup and whether or not you can reheat it on the stove. 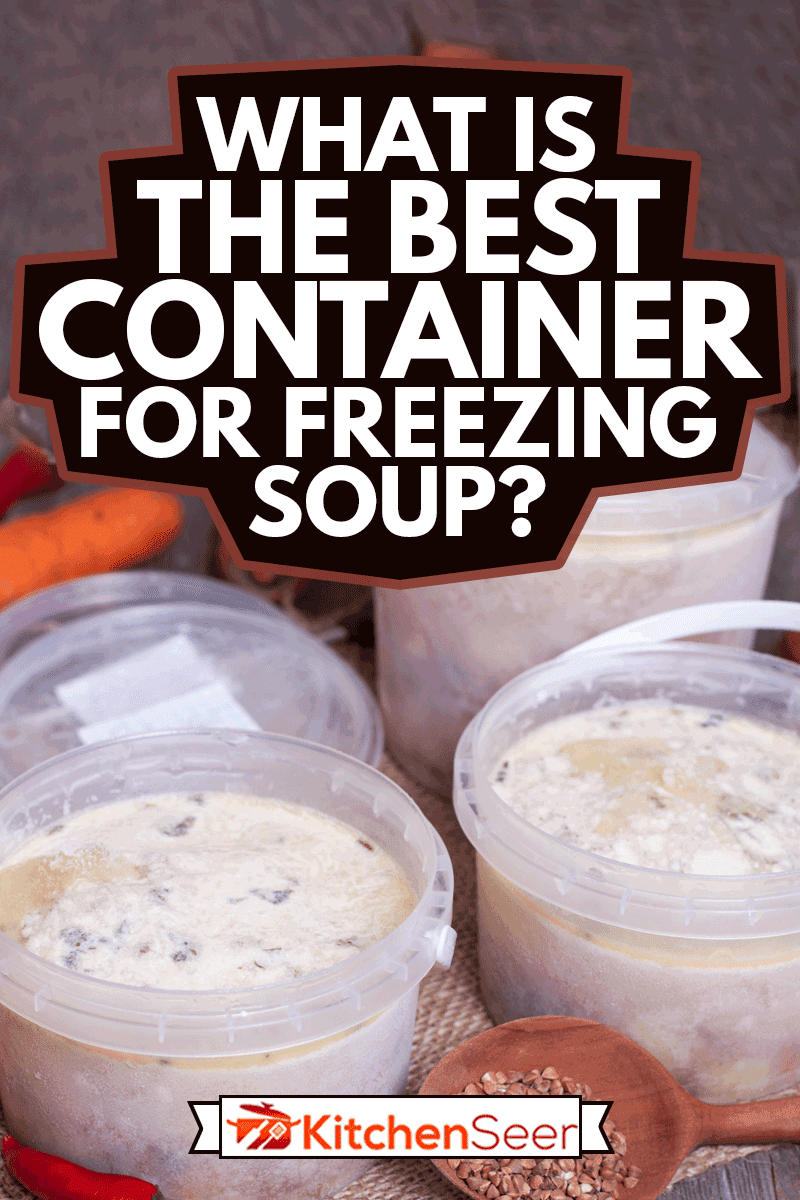 Soup is one of many types of food that you can freeze to enjoy at a later date. There are endless options when it comes to soup. A few great choices include chili, vegetable soup, pureed soups, and broth-based soups.

Typically, 16 ounces is a sufficient soup size to freeze, but if you are feeding a family, you will want to store 32 ounces instead. You can freeze several soups at the same time so that you have a variety to choose from.

Souper Cubes are the best container for freezing soup for several reasons. Souper cubes are dishwasher-safe, oven-safe (except for the lid), and are perfect for storing soup for later.

What is the best way to freeze soup?

The best way to freeze soup is to first let it cool completely before putting it into a freezer-safe container. After the soup has cooled, use a ladle to dish the soup into your container.

Do not fill the container to the top because soup expands when it freezes. You should allow for about three-quarters of an inch of room at the top of the container. When the container is full to your liking, secure the lid, then put it into your freezer on a flat surface.

You can either freeze your soup in individual servings or for the whole family. The best containers for freezing soup are called Souper Cubes. The Souper Cubes work great because they are silicone which makes the soup easier to remove and the containers stack on top of each other perfectly.

Check out these 2-cup Souper Cubes on Amazon.

The Souper Cubes are marked on the inside by either cups or milliliters. If you are freezing soup for the whole family, you will need more Souper Cubes. There is a gift set available so that you have a variety of sizes.

Can I freeze a cream-based soup? 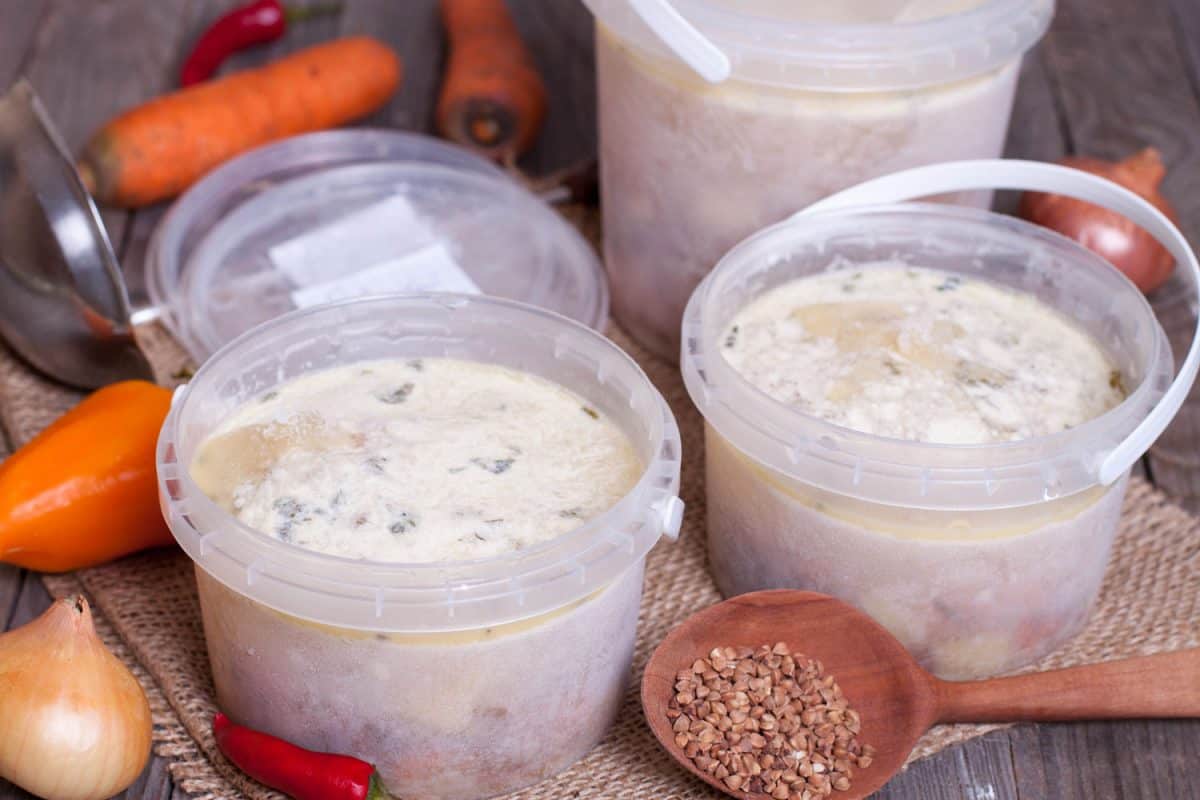 You can definitely freeze cream-based soup; it just may not taste the same when you thaw it. There are steps to take to make it the best it can be, though.

The problem when you freeze cream-based soup is that the texture and flavor may not be the same after it is defrosted. Sometimes the soup clumps together or does not stay as thick as it was when you made it. Because the ingredients of cream-based soup tend to separate, it is important to understand that you risk it becoming grainy when it is frozen then defrosted.

There is a way to help your cream-based soup taste fresh again, though. When you do thaw a dairy-based soup, you can add in fresh milk or sour cream to make the soup creamy again.

What soups do not fare well when frozen?

Soups that do not fare well in the freezer are starchy soups such as potato soup or those with pasta, rice, or quinoa in them. Chicken noodle soup is a good example of soup that does not thaw well. This is because the elements break down and do not keep the same flavor and texture as they had before being frozen.

You can leave the cream or milk out until you reheat your soup. If you are not going to eat your broccoli and cheese soup immediately, you can wait to add the cream base.

Can you freeze soup with potatoes in it?

Yes, you can freeze soup with potatoes in it. Potato soup does not freeze the best, though. If you want potato soup, it tastes best fresh or reheated from the refrigerator instead of the freezer. Potato soup stays good in the freezer for up to four days.

You do not want to freeze soup with potatoes in it because the potatoes will become gummy. This is not the desired texture; therefore, people usually choose to make potato soup fresh. On the other hand, if you make homemade vegetable soup with potatoes and freeze it, it should reheat just fine as long as you reheat it properly.

If you still want to freeze potato soup, under-cook the potatoes so that they do not fall apart or become too mushy when it is heated back up. This is a way to avoid the potatoes being gummy during the process of reheating the soup.

How long can you freeze vegetable soup? 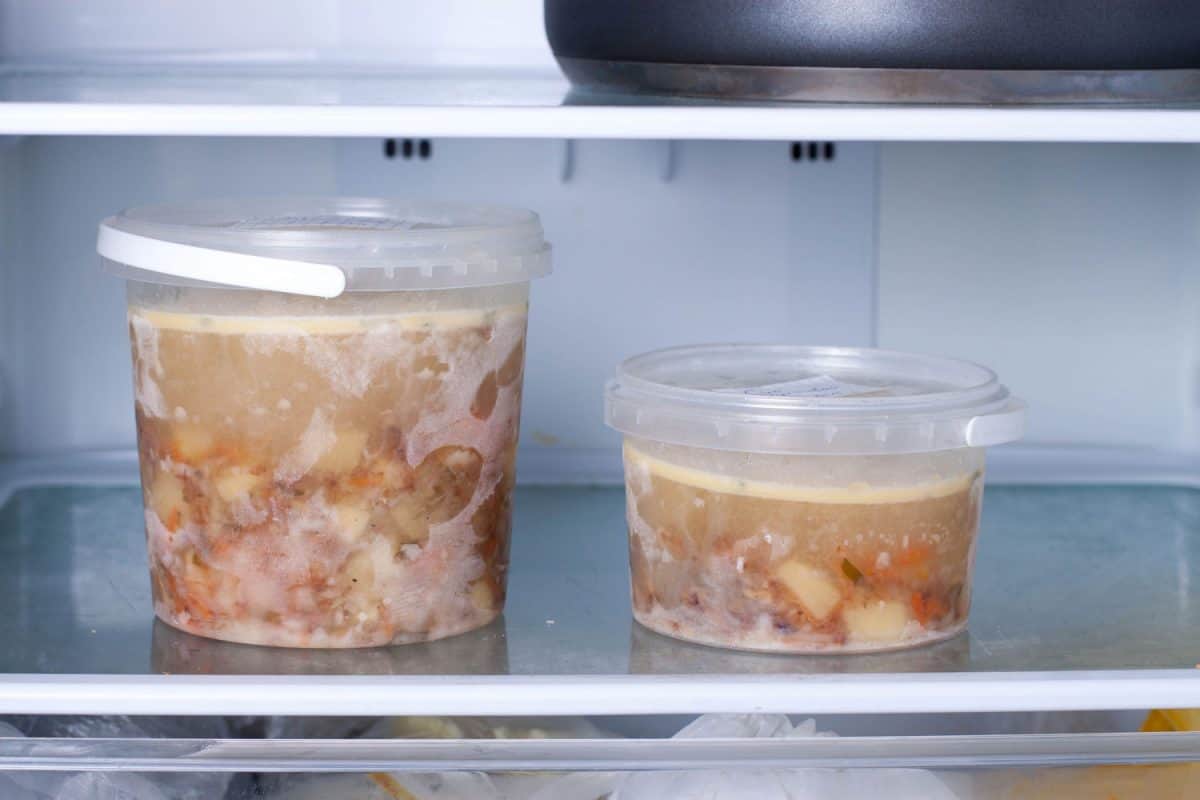 Vegetable soup fares well in the freezer. You can freeze vegetable soup for approximately four to six months. Technically, as long as it remains completely frozen, the vegetable soup will be safe to eat forever. This estimated time frame is based on quality rather than safety.

When you make homemade vegetable soup to freeze it, you should under-cook the vegetables so that they do not fall apart during the reheating process. Potatoes are especially important to either under-cook or leave out until you are ready to eat the soup.

How do you reheat frozen soup on the stove?

There are a few options when it comes to reheating frozen soup on the stove. First of all, frozen soup does not easily come out of the container or bag. This is one of the reasons we suggest Souper Cubes.

The best way to begin this process is by removing your frozen soup from the freezer then sitting it out to begin thawing. If you have Souper Cubes, you will not need to wait for your soup to thaw. Your soup will pop right out of the Souper Cube containers in a square or rectangular shape.

In order to reheat your frozen soup on the stove, you will need a pot to put the frozen soup into a pot. Cover the bottom of the pot in water. You can transfer it when your soup is thawed enough that you can dump it into a pot. This prevents your soup from scorching as it warms back up.

It is important that you reheat frozen soup properly so that the dynamics of the soup do not get destroyed. You want to be able to keep the chunky ingredients intact throughout this process. It is best to reheat your soup on the stove rather than in a microwave because it will not evenly distribute the heat.

We suggest that you heat your partially thawed soup on medium to medium-high heat. Keep a watchful eye to prevent scorching and stir the soup often.

The best containers for freezing soup are Souper Cubes. You can buy them based on the portion size you want or get the gift set so that you have a variety to choose from. Souper Cubes are best because they are made of silicone which will not be damaged under hot or cold conditions.

Unlike other freezer-safe containers, the silicone Souper Cubes are made of allows for easy removal of your frozen soup. You can also pop out the frozen soup cubes and put them into freezer bags to help you stay organized.

Before you go, check out the following links related to soup:

What Is The Best Pot For Making Soup?

What Is The Best Container To Store Honey?