Red potatoes are best for potato salad because their reduced starch content allows them to keep their shape better. You can still make a great potato salad with russet potatoes but, it requires proper technique to keep them from becoming soggy or mushy.

In this article, we will learn what the best potatoes for potato salad are. We will also learn the answers to other interesting related questions such as: is it better to boil potatoes whole or cut up for potato salad, and how do you keep potato salad from getting mushy? Keep reading to learn more. 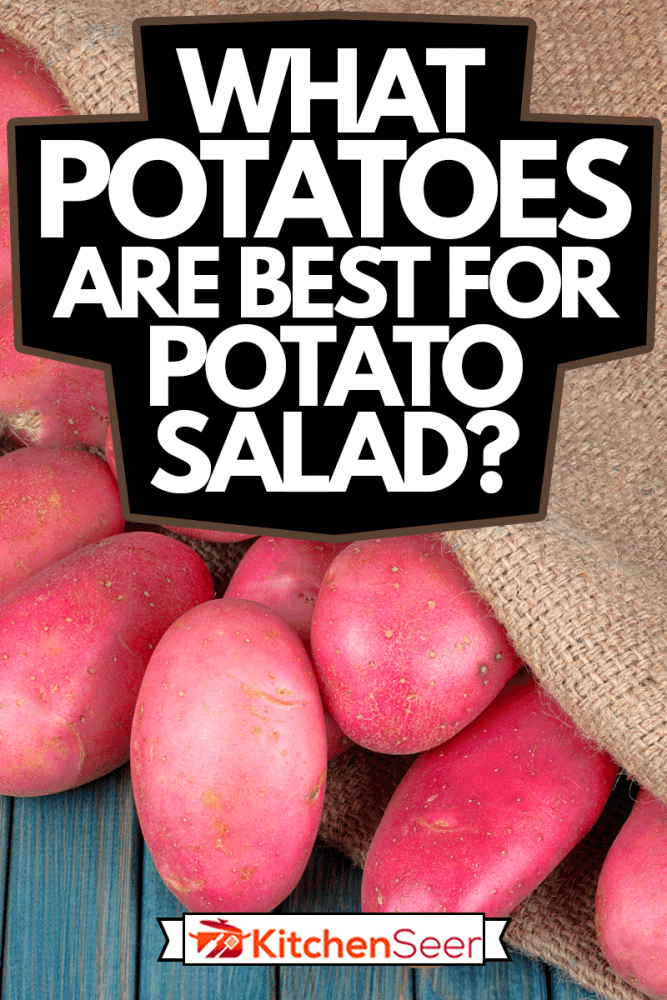 It can be challenging to decide what potatoes are best for potato salad with so many potatoes to choose from. To select the best potato, you need to understand what common problems befall potato salads and which potatoes can help you avoid these pitfalls.

The bane of potato salads is mushy or soggy potatoes. The easiest way to avoid this problem is to choose a potato that is naturally resistant to this, and that is the red potato.

How To Make Potato Salad With Russet Potatoes

To make a good potato salad with russet potatoes, you will want to keep the potatoes from becoming mushy or soggy. Let's learn how to properly prepare russet potatoes to avoid these issues.

Russet potatoes become soggy because too much water soaks into the potato. Many don't know that this only happens once the potatoes start to become overcooked.

To avoid soggy potatoes, taste potato pieces often when they are getting close to finished cooking. When the potatoes are mostly but not completely cooked, remove them from the stove and drain the water.

The potatoes will continue to cook for several more minutes but, if they are in the water when they become fully cooked, they will become waterlogged. This trick will ensure you never have soggy russet potatoes.

The other issue that russet potatoes have is becoming mushy when mixing them with the other ingredients. There is also a trick to this, to avoid mushy potatoes.

First, you will add everything except the potatoes to your potato salad and mix it. The trick is to have every other ingredient thoroughly combined to reduce the amount of mixing you will need to finish your potato salad.

Is It Better To Boil Potatoes Whole Or Cut Up For Potato Salad? 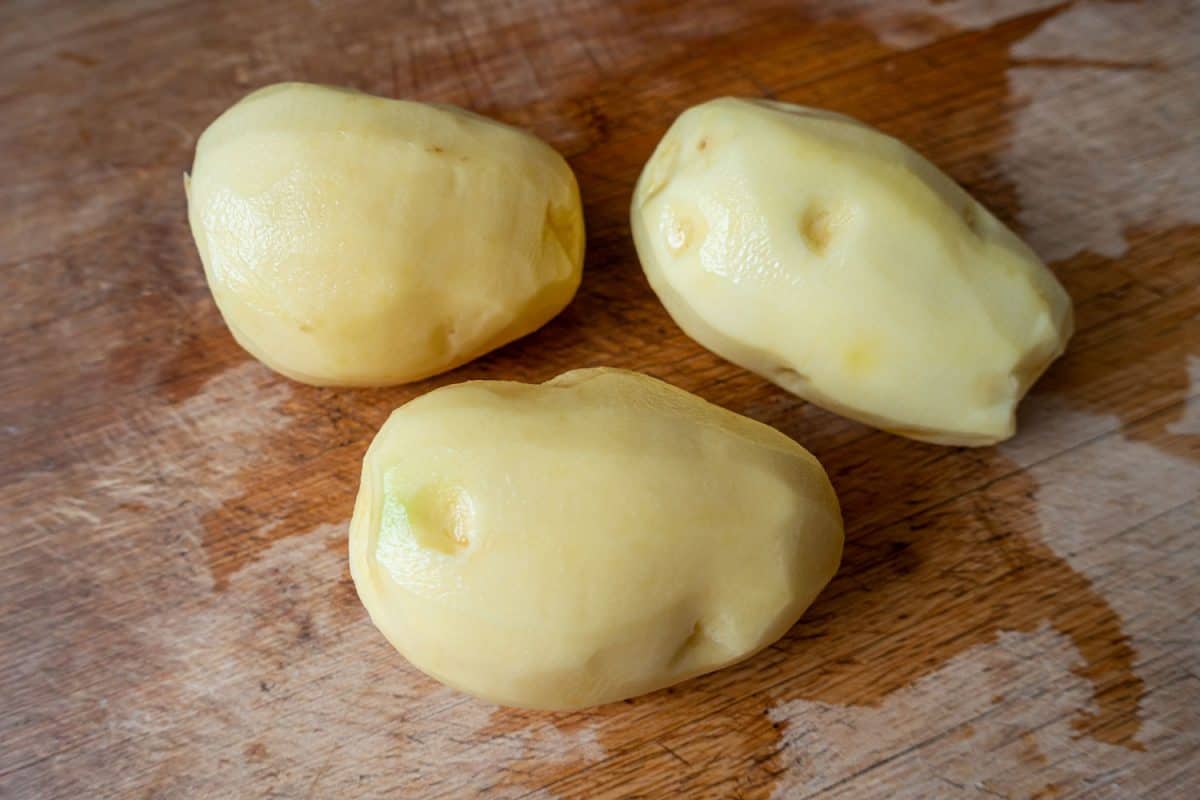 There is a debate in the world of potatoes on whether to boil them whole or cut up for potato salad. While cooking them whole makes removing the peels easier, that is where the advantages end.

When you boil a potato whole, the outside of the potato gets cooked long before the inside, leading to one of two problems. Either the inside of your potato is undercooked, or the outside is overcooked.

To achieve an evenly cooked potato, it would be best if you cut up your potatoes before boiling them.

What Is The Best Way To Cut Potatoes For Potato Salad?

When deciding how to cut potatoes, the potato pieces must be cooked evenly. So any way you cut potatoes that leaves you with an asymmetric shape should be avoided.

To achieve symmetric pieces, slice your potatoes into quarters lengthways. This will leave you with four pieces of potato that resemble a triangle with a curved edge when viewed from above.

The next step is to decide how far apart these pieces should be cut along these quarter pieces. The options are in the form of a ratio of the width and length of each piece.

Should You Peel Potatoes For Potato Salad? 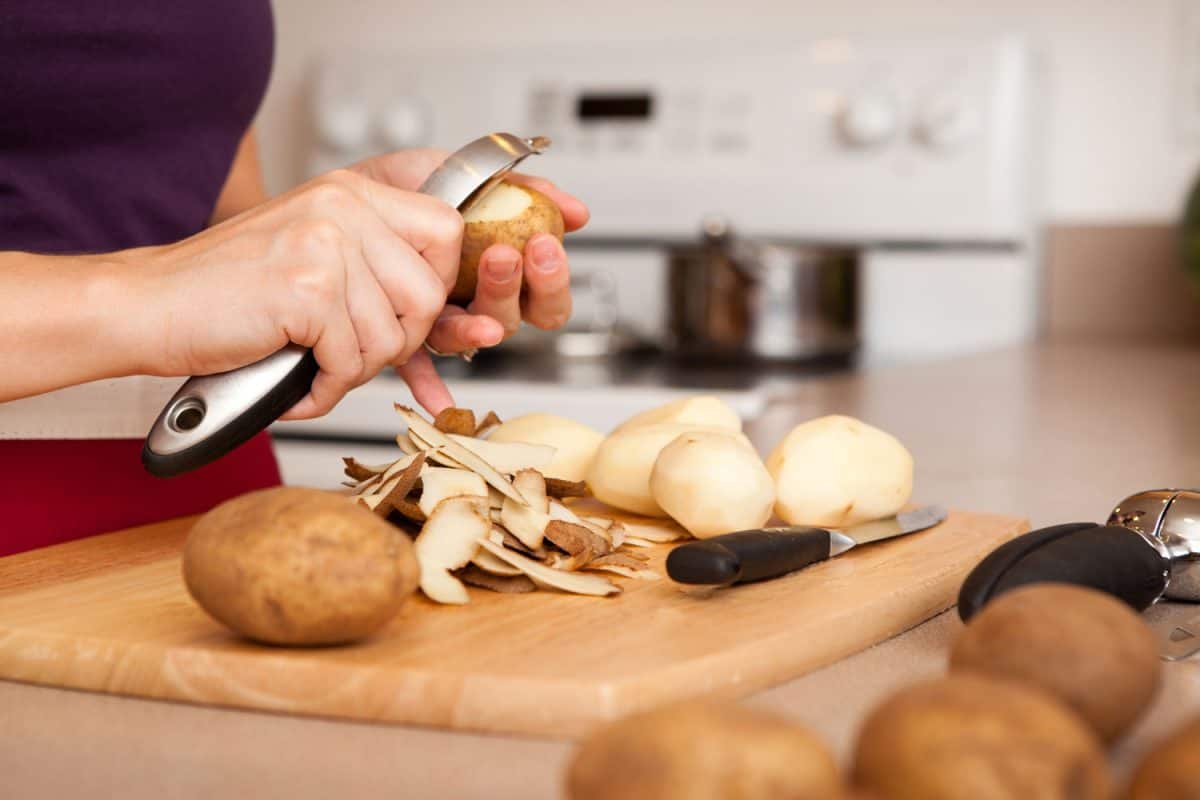 Whether you should peel potatoes for potato salad is more of a preference. You can make a great potato salad with either peeled or unpeeled potatoes.

Most people opt to peel their potatoes for potato salads is two-part. The first reason is that they believe the potato skins will ruin the texture of an easy-to-eat potato salad.

The only reason that potato skins look less delicious is because of unfamiliarity. Human brains have an affinity for things we are familiar with and repulsion to something we are unfamiliar with.

The solution to getting over this bias is to try something new. If you make potato salad with the skins now and again, you may find that you enjoy not just the look but the taste as well.

Can You Boil Potatoes Ahead Of Time For Potato Salad?

You can boil potatoes ahead of time for potato salad, as long as you store them properly. Being high in starch, potatoes can go bad faster than other foods.

To store your potatoes properly, be sure to cover them with plastic wrap. The plastic wrap will keep airflow down slow the speed of decay.

If your potatoes were already stored in the fridge for two days before making your potato salad, then that potato salad should only be kept in the refrigerator for one day to ensure it's safe.

While you can boil potatoes ahead of time, it would be best to use fresh potatoes since potatoes have such a short life in the fridge after being cooked.

How Do You Keep Potato Salad From Getting Mushy? 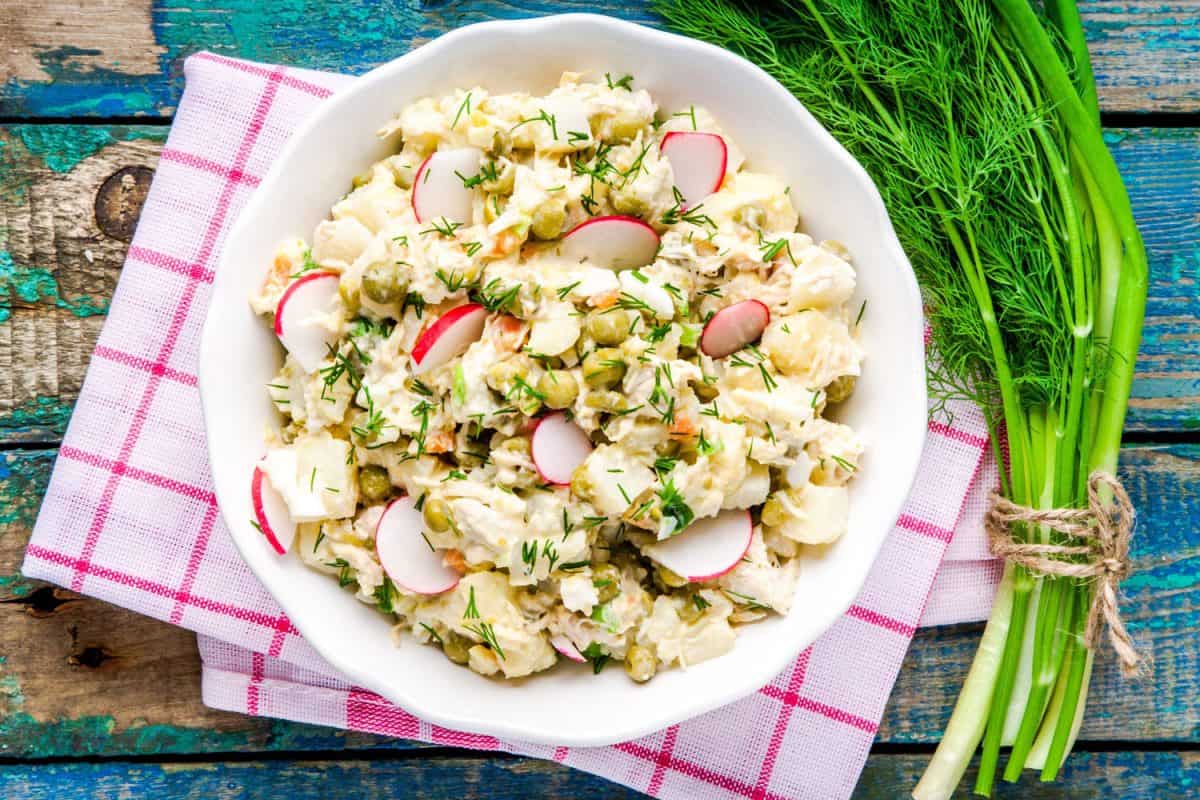 The trick to keeping your potato salad from getting mushy is the same as when keeping russet potatoes from becoming mushy.

When potatoes are mixed, they start to become mush because they are so soft. While this is what you want with mashed potatoes, you should avoid this with potato salad.

When making the potato salad, mix all the ingredients except the potatoes first. Doing this will ensure that you don't over mix the potatoes.

Then, when mixing the potatoes into the other ingredients, only mix as much as is required to blend the ingredients evenly. As soon as the potato salad looks well mixed, stop stirring it.

Your potato salad will never be mushy again if you follow these instructions. 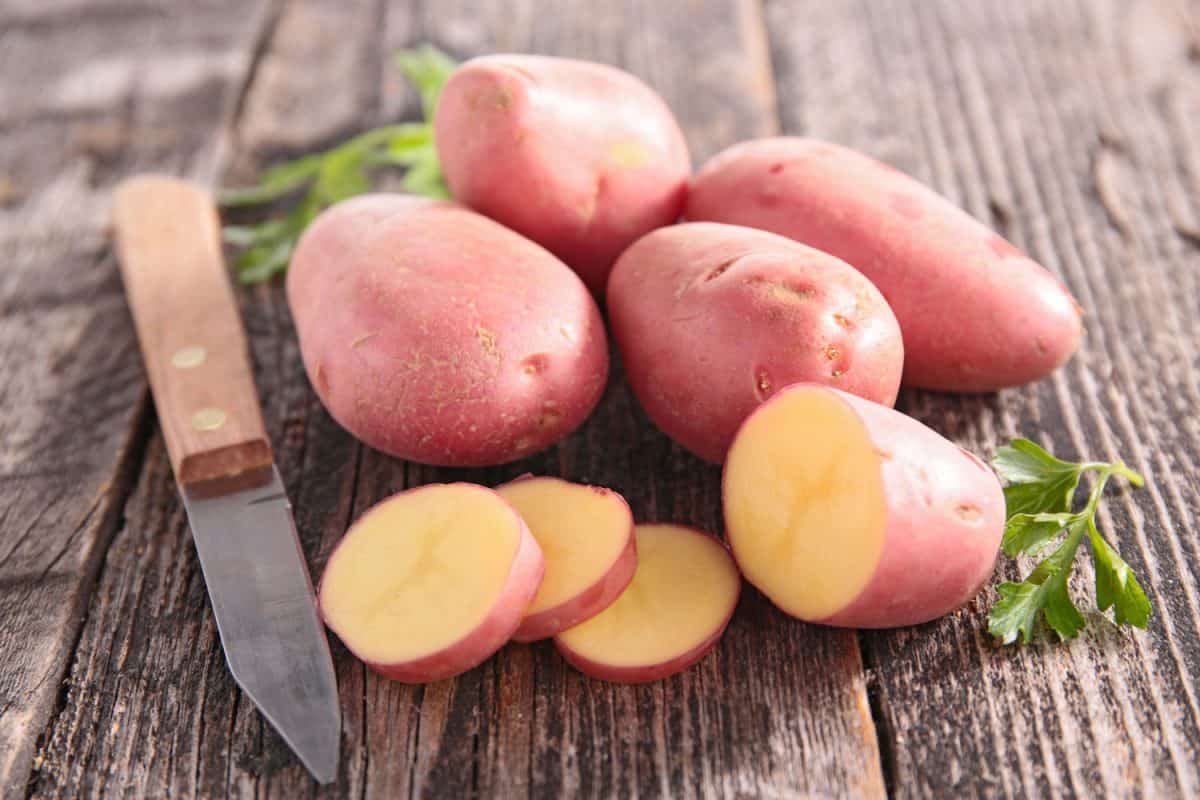 Can You Make French Fries With Red Potatoes?

What Potatoes Are Best For Stews And Soups? [6 Excellent Options]

Should You Oil Potatoes Before Baking?