Ham is cured, so you are able to cook it in many different ways. If you're baking ham, you might not know if you should or shouldn't cover it. We searched high and low and found satisfying answers from experts.

It would be best to cover the ham while baking, as experts highly recommend it to prevent moisture from evaporating. The dry, hot air in the oven draws the water content from the ham while heating it, leaving you with a dry and unappealing meal.

Whatever ends up on your plate is dependent on the type of hog used to prepare that ham. Continue reading to get more details on how to bake your ham and other alternative cooking methods. 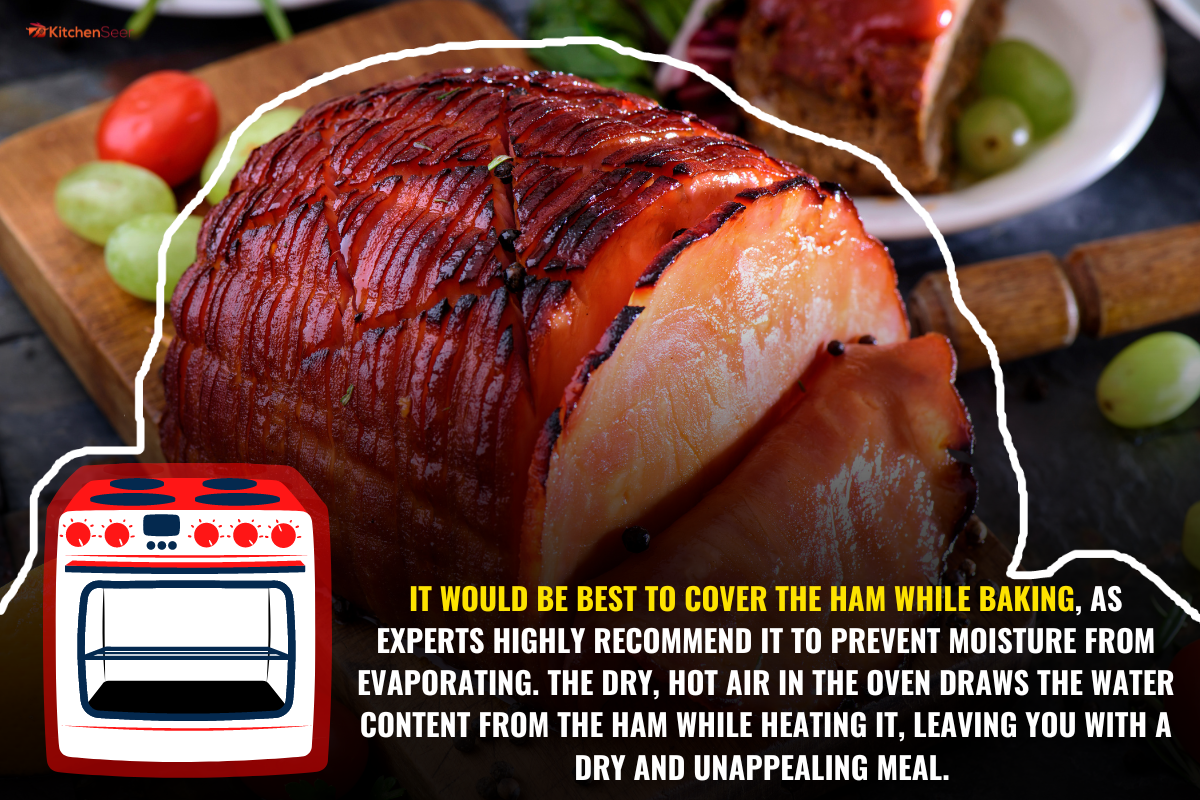 One of the biggest mistakes you can make when baking a ham is to leave it uncovered. Ham is typically sold pre-cooked, meaning that all you have to do is reheat the meat in the oven. Due to the density of the flesh, the ideal way is to heat it slowly at a minimum temperature. 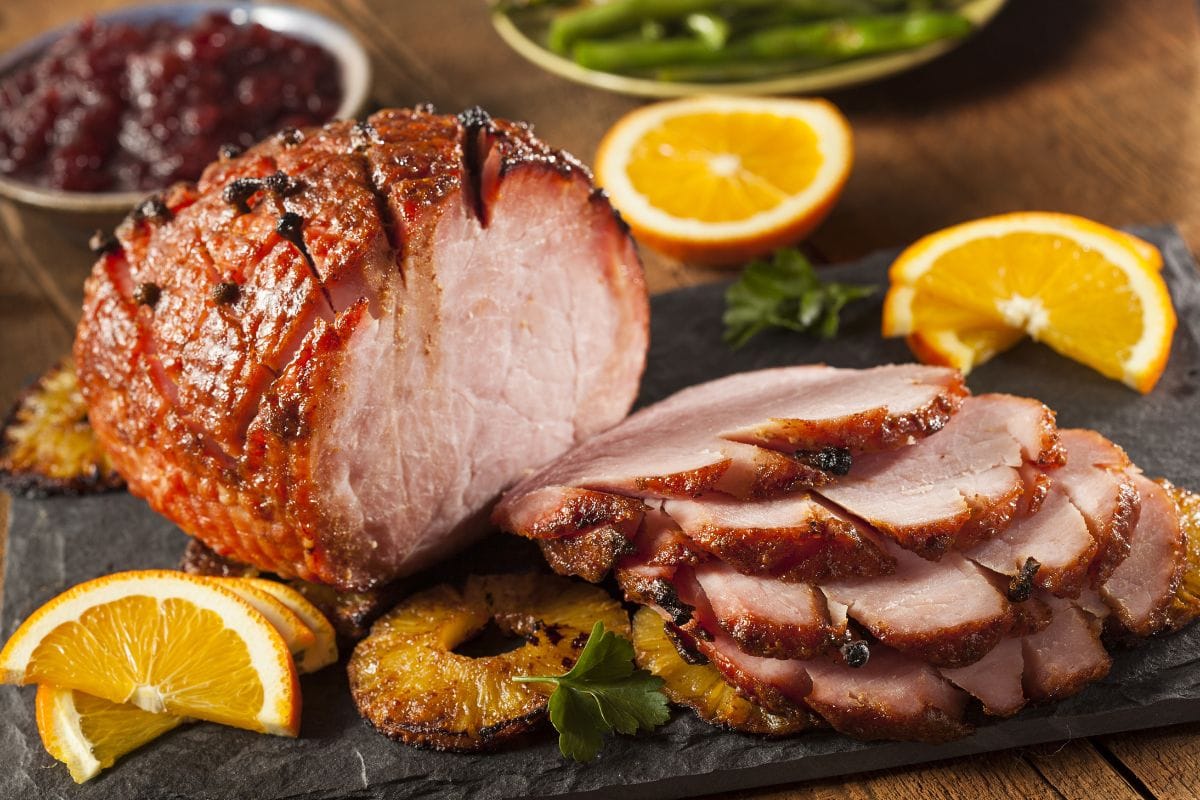 Long-term exposure to the oven's dry air will dry out the ham, leaving you with an unattractive slab of meat. Since pork slices are already considered relatively lean, some parts, like the tenderloin, are prone to drying out.

To fix the drying issues, wrap the ham in aluminum foil or put it in a baking bag. You can add more moisture to the mixture by keeping a half-cup of broth, wine, or water in the bottom of the roasting pan. Take off the covering, glaze the ham and increase the heat after the internal temperature reaches 120 degrees Fahrenheit.

Check out these oven-safe baking bags on Amazon.

A Step-By-Step Process Of Baking Ham

The process depends on whether your ham is pre-cooked or uncooked. Baking pre-cooked ham takes less time than baking a raw one. It is always advisable to read the label to be sure which of the two you bought.

For the pre-cooked ham, the steps are straightforward as follows—

Check out this meat thawing tray on Amazon.

Click here to buy this meat thermometer on Amazon.

The above process is the same for uncooked ham. However, there's an additional step; add brine to the ham to cure it.

Brine the ham for about 24-72 hours before cooking in order to make the meat juicier. Alternatively, you can add dry herbs to the brine and wrap the ham in a muslin bag for several days. Give it a quick rinse and pat dry before preparing it using the same methods for pre-cooked ham.

Other Mistakes To Avoid While Preparing Ham for Baking 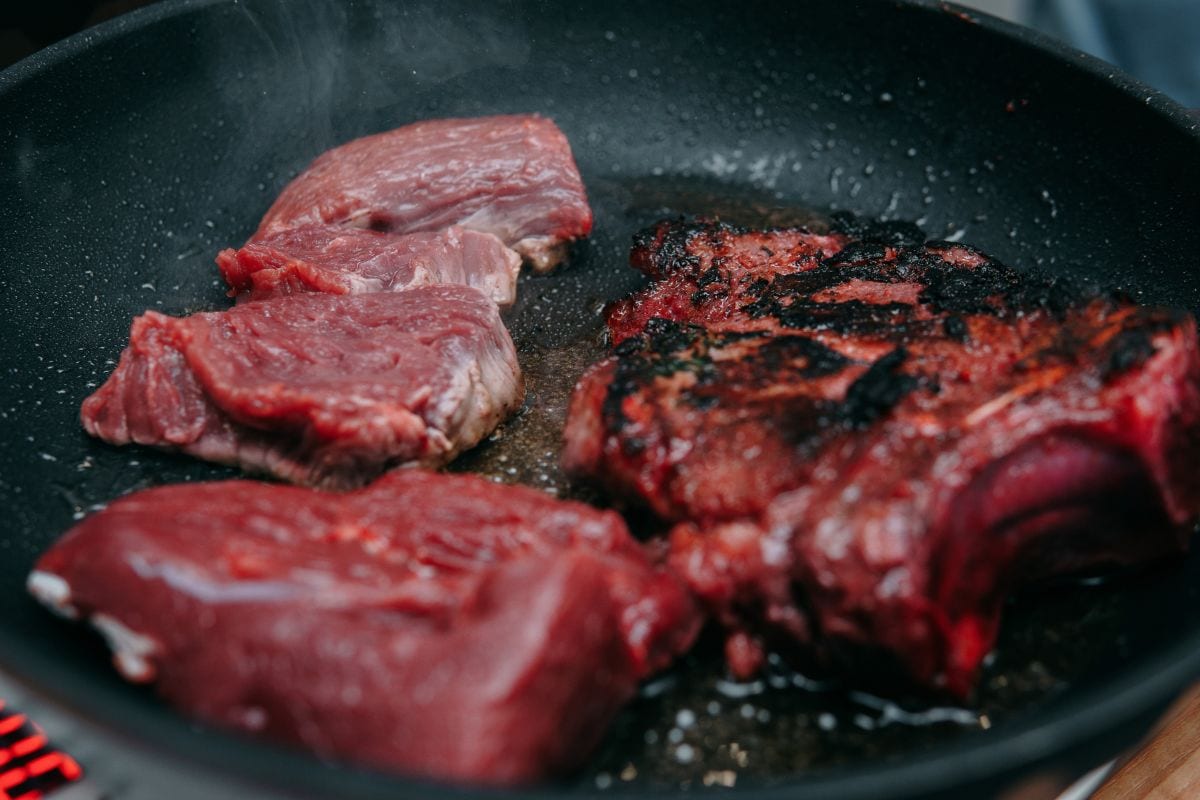 If you want tasty and juicy ham, avoid making the following mistakes:

Remember, looks can matter when it comes to food. A visually dry and tough-looking ham won't seem too appealing to your guests.

What Kind Of Ham Can You Get At The Market? 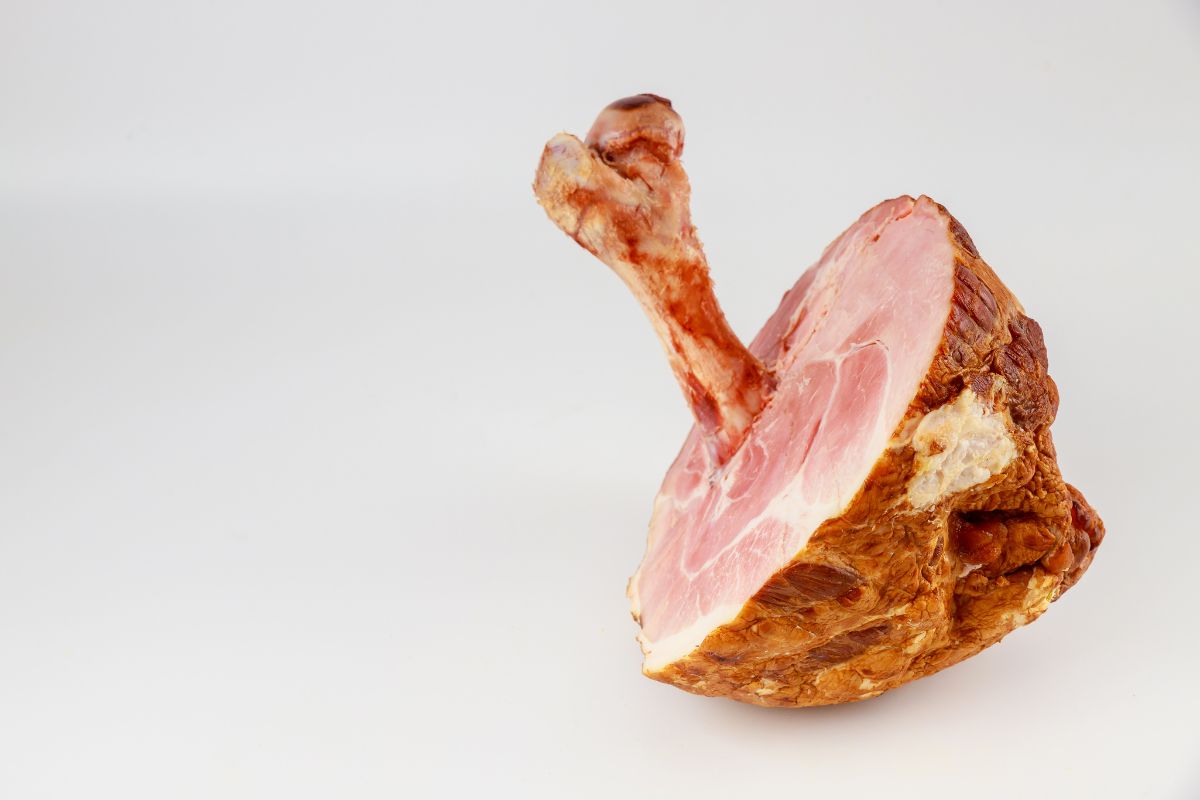 Ham is sold based in several distinct varieties, all of which can inform your choice. Even though most hams at the grocery store or market are thoroughly cooked, you have a few options when choosing a ham: 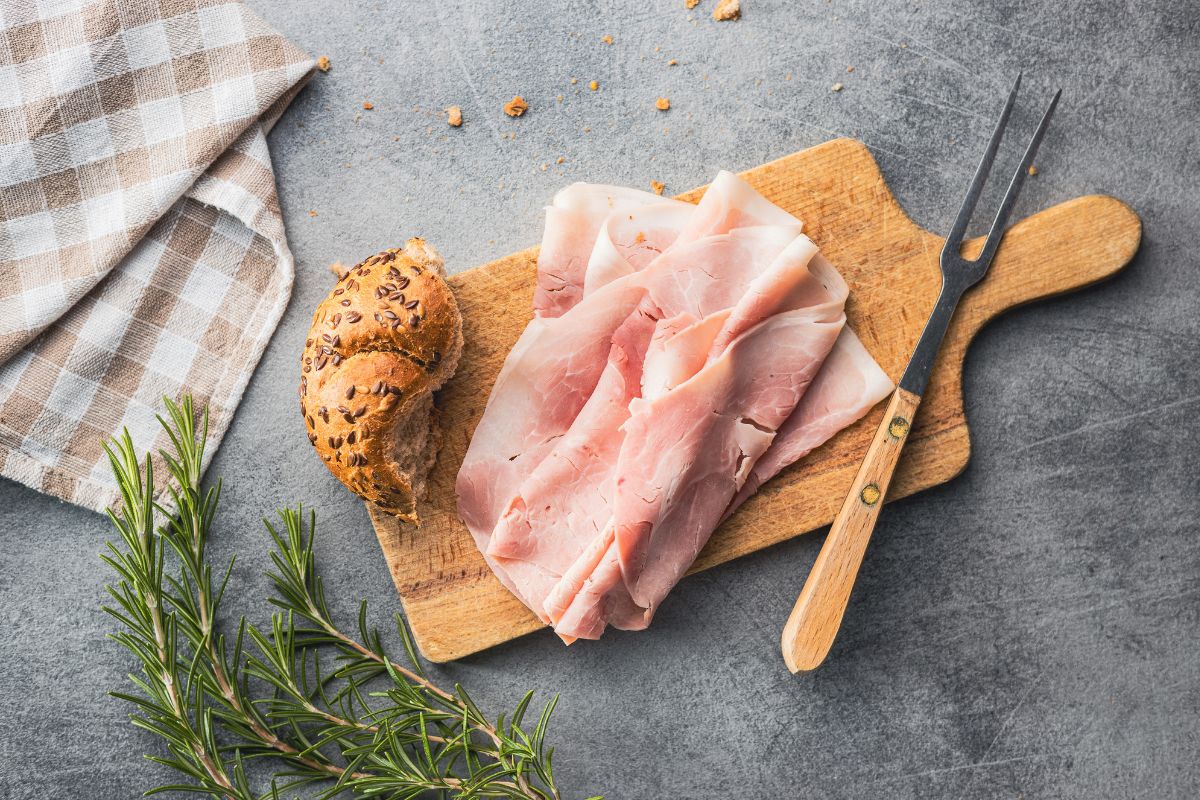 You can base your choice on the part of the meat. The shank half is typically a little more complicated and richer in connective tissue, while the rump half is meatier and tenderer.

After going through the different kinds of ham, it should be straightforward for you to make a good choice. However, these tips allow you to take home the best piece of ham:

Can You Bake Ham Without An Oven?

Strange, but yes, you can bake ham without using an oven. The most common alternative method experts offer using a crockpot, dutch oven, or cast iron skillet.

To cook or "bake" ham in a crockpot or slow cooker, rub the ham with spices and cook it for at least six hours until the internal temperature reaches 140 degrees Fahrenheit.

Check out this crockpot on Amazon.

When using a cast iron skillet, rub the spices on the ham, pour some water or broth around it, cover it in heavy-duty foil, and put the skillet in the oven. Ensure you wrap it properly to avoid drying out. Check the temperature consistently with a meat thermometer until it reaches 140 degrees Fahrenheit.

Baked ham is a popular meal during the holidays and family gatherings. Remember to select the best type of ham to avoid a disastrous outcome of the final dish. Don't forget to cover the ham while baking to keep all the juices and glaze in every bite.

After you prepare a memorable ham dish, read these posts here to impress your guests with unending culinary expertise—

Can You Bake Hamburger Patties In The Oven?

Can You Grind Brisket For Hamburger?

How Long Do You Fry Or Grill Hamburgers On Each Side?