Deciding on a cake and frosting combination can be tricky sometimes. Do you want to use buttercream frosting for your next recipe but don't know what kind of cake will pair well with it? Well, we've done some digging and have a few ideas to share with you.

That said, buttercream is extremely versatile, so you can use it on almost any cake.

As we begin, we will cover all things buttercream frosting and discuss which cakes will taste best with it. Whether you're new to baking or need a new recipe idea, we're here to help out. Without further ado, let's get right into this post! 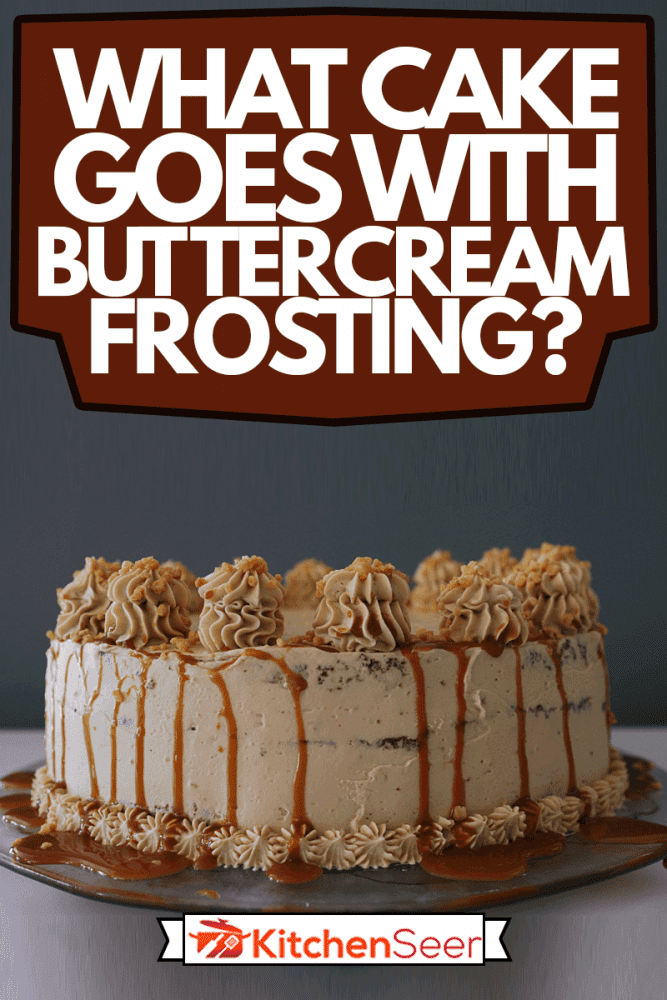 Will Any Cake Taste Good With Buttercream Frosting? 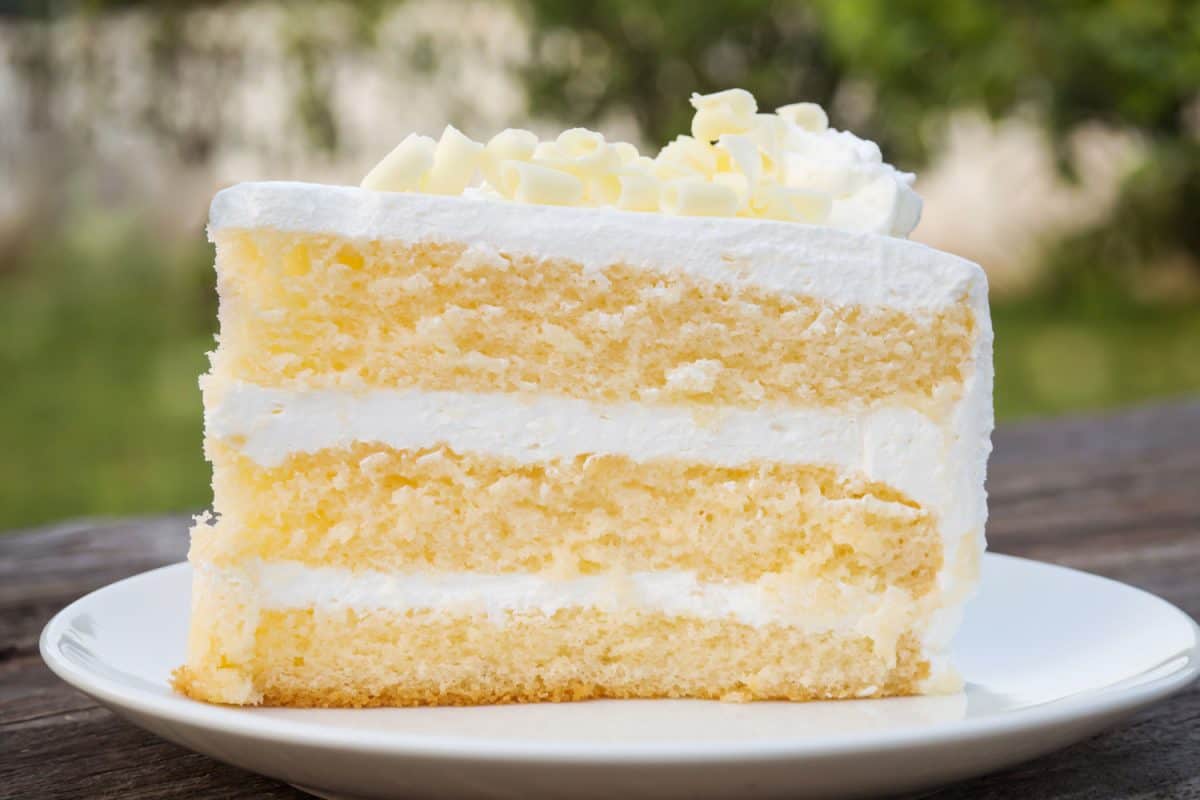 As long as you make your buttercream well, it should taste good on a cake of any flavor. Considering that buttercream frosting is essentially a thicker, fluffier version of regular icing, there's no reason it won't taste amazing wherever you put it.

Of course, the buttercream will be a bit heavier than regular sugar-based frosting, so if your cake already tastes super rich, you might want to wait until next time. 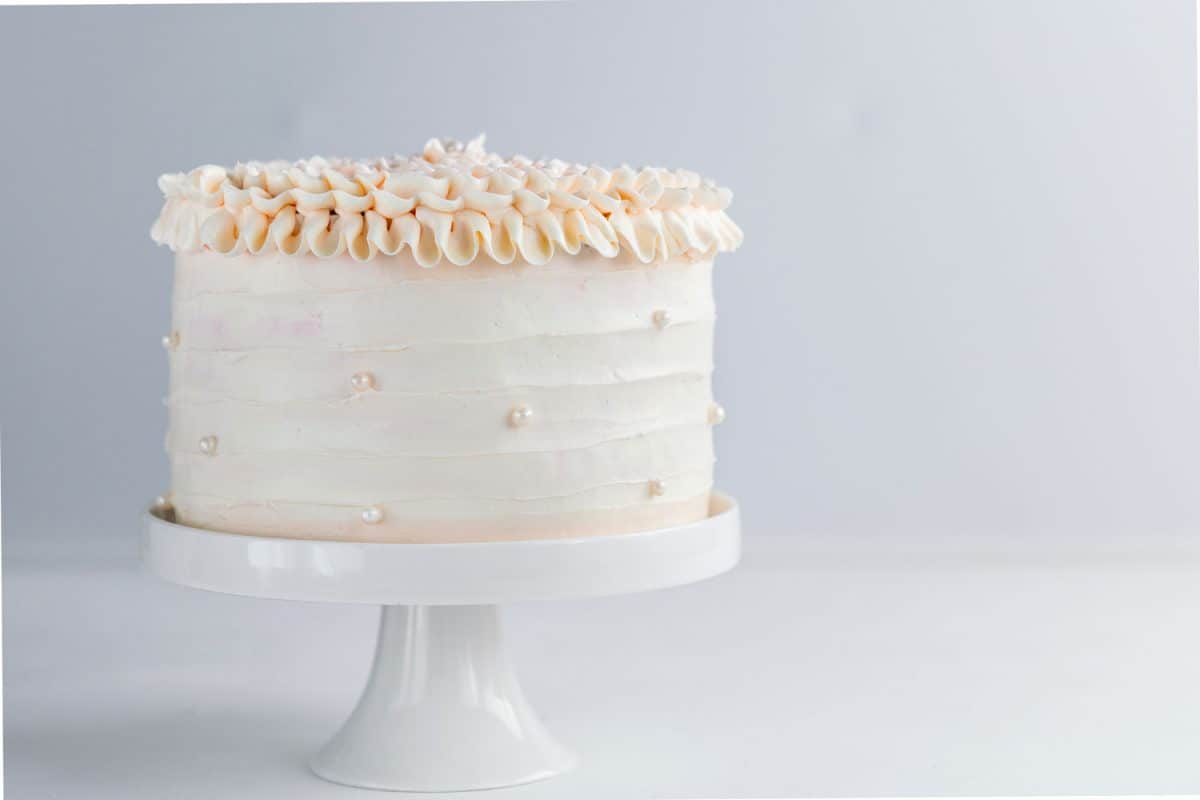 You can also try using a bit of chocolate in your buttercream frosting if you want something extra, so that's another idea to think about. 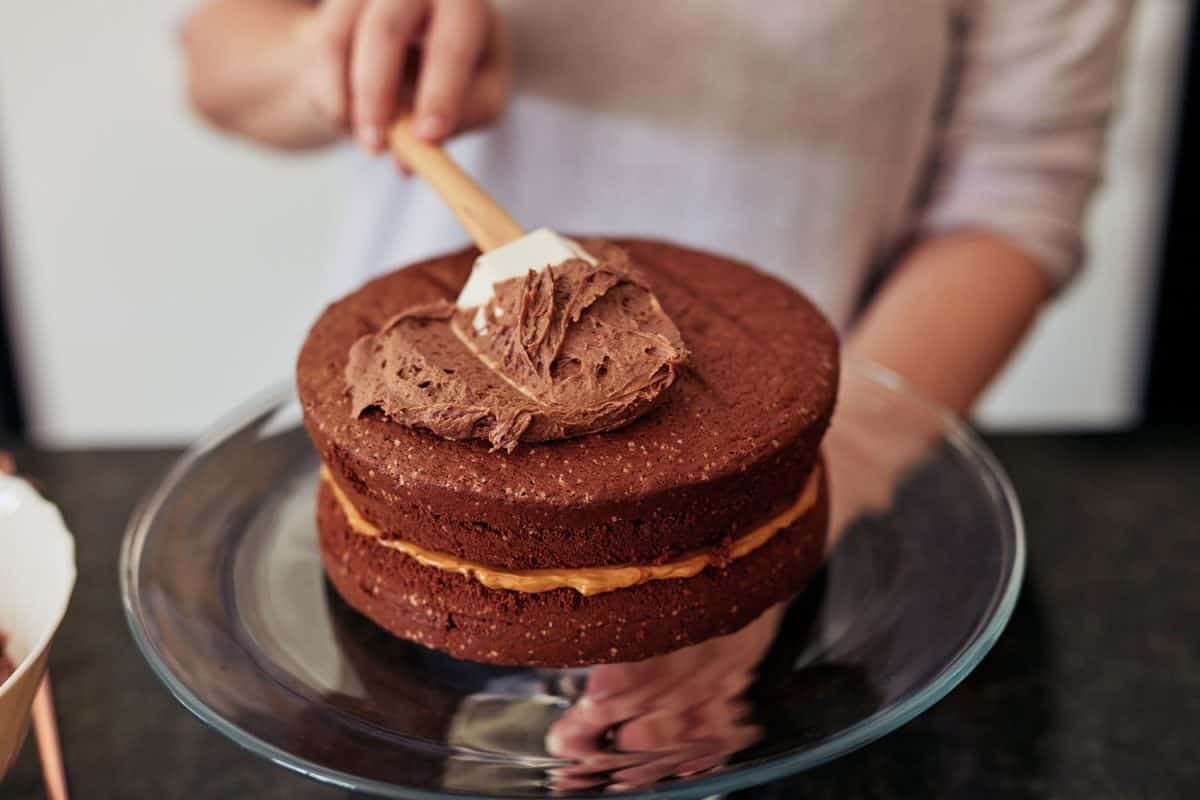 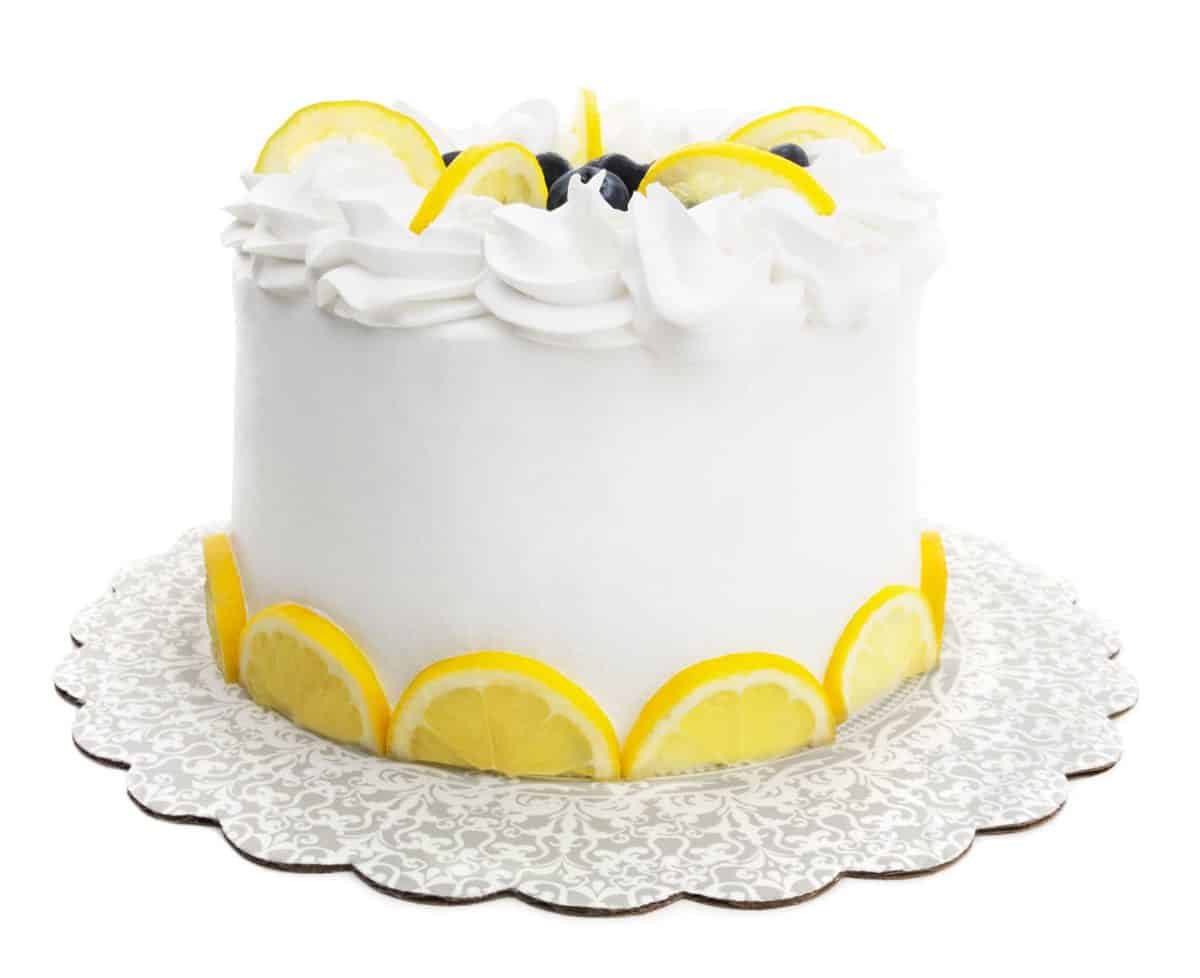 Another great cake flavor to pair with buttercream is a tangy lemon. Like chocolate, a lemon cake won't be super sweet to begin with, so adding some buttercream frosting is a great way to make it sweeter without taking away any attention from the lemon flavor.

You might also want to try adding some extra lemon to your buttercream if you can't get enough of its taste, so the more, the merrier. 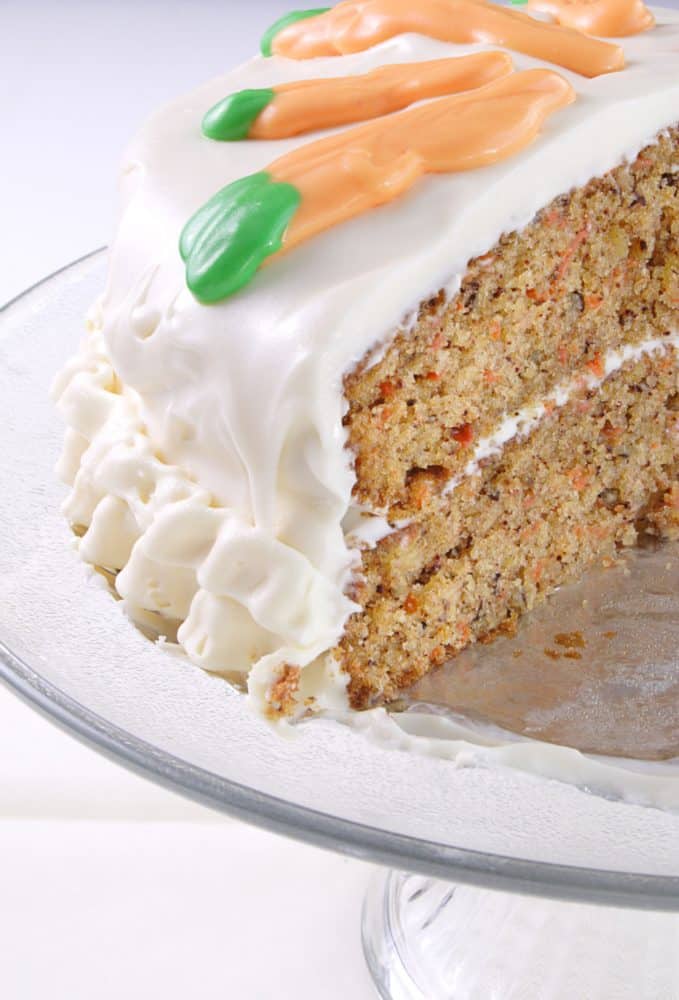 We also recommend adding a bit of cinnamon to your buttercream or even trying a marshmallow buttercream recipe if you love sweets, so you've got plenty of icing options here. 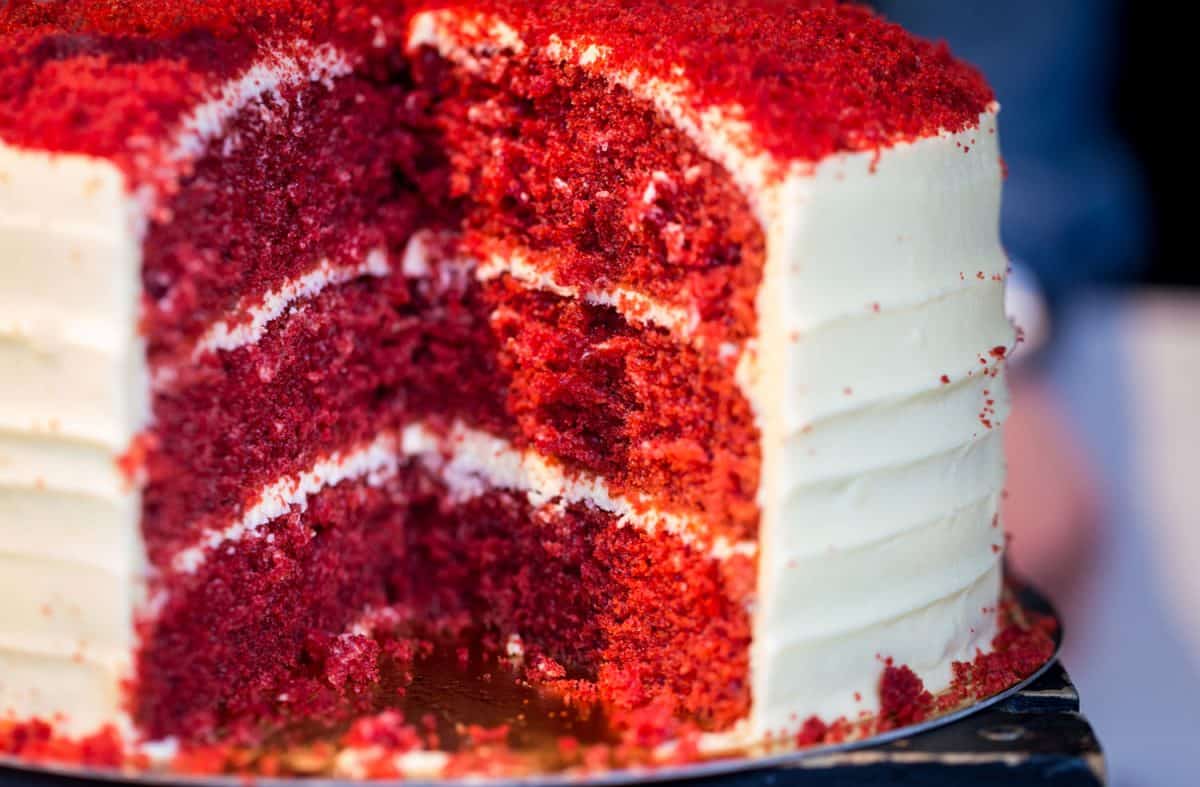 Our last cake idea for buttercream frosting is a red velvet recipe which is a favorite on the list. Although red velvet tends to use a cream cheese frosting, switching to buttercream is a great way to sweeten it and enhance its flavor.

How Do You Cover A Cake With Buttercream?

If you want to try using buttercream frosting on your cake, doing so is easy. To start:

One thing to note, you want to wait until your buttercream icing has chilled in the fridge before applying it to your cake, which shouldn't take more than an hour.

What Buttercream Is Best For Covering A Cake?

In general, you want to use American buttercream for covering a cake. We say this because of its fluffier and slightly gritty consistency, which will help make applying it to your cake much easier.

On top of that, American buttercream will also be one of the sweeter buttercream recipes, so if you prefer something extra flavorful, you might want to try it.

Another option if you don't love super sweet icing is a Swiss meringue buttercream, which will have a more butter-dominant taste and is more common in professional bakeries.

What's The Difference Between Regular Frosting And Buttercream? 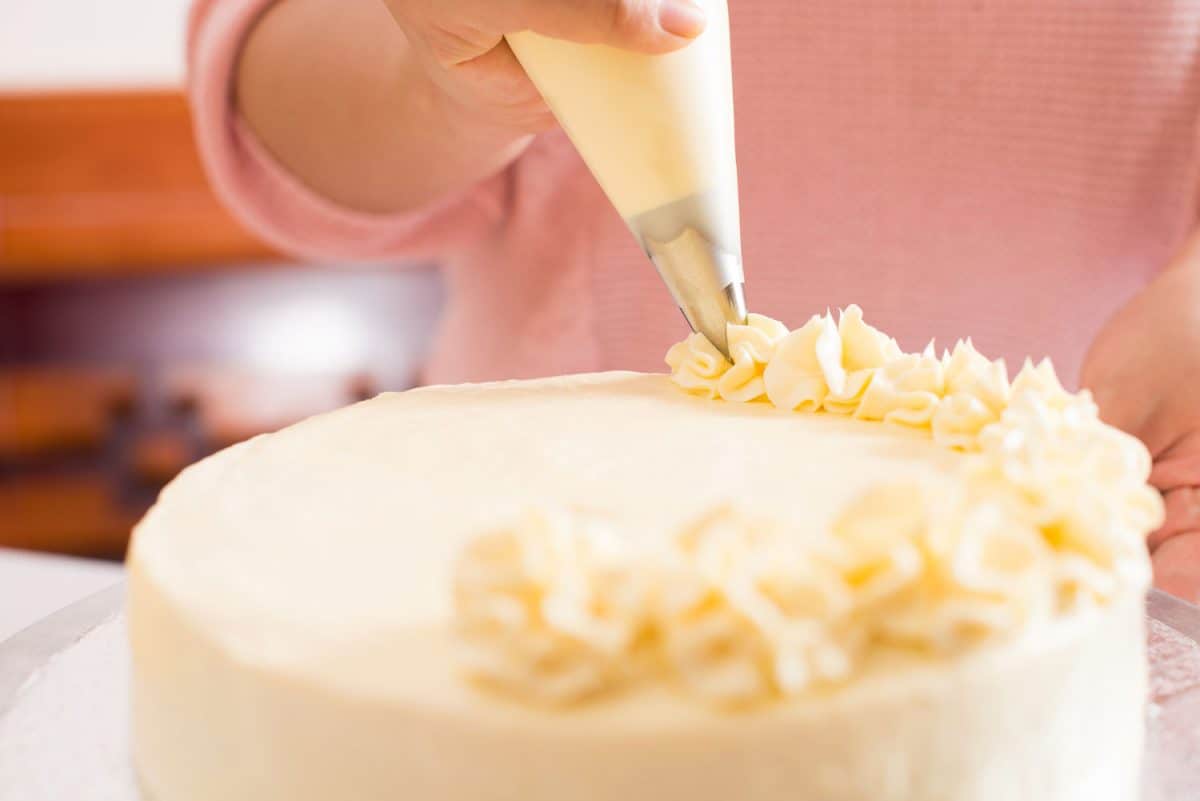 That said, buttercream frosting will have a fluffier, richer consistency but won't always be as sweet as traditional frosting. Ultimately, buttercream is our choice between the two, but it can be challenging to work with if you don't let it cool beforehand.

Is Buttercream Better For Cake?

In general, buttercream frosting will be better for cake. Considering it holds out better than whipped or traditional frosting, buttercream is an easy way to give your dessert a professional-grade final look.

On top of that, buttercream frosting goes a long way, meaning you won't usually have to worry about running out before you're done decorating.

Should You Refrigerate A Buttercream Cake?

Although you don't necessarily have to, refrigerating a buttercream cake is usually a good idea. Even if your cake looks fine, butter can start to melt after a few days at room temperature, which you want to avoid if possible.

It's also worth noting that you can store a refrigerated buttercream cake in an airtight container for up to two weeks, while one left out will only be good for about three days. Of course, if you plan to finish your buttercream cake within 48 hours and don't mind a softer texture, you can certainly leave it out.

Does Buttercream Harden In The Fridge?

It is possible for buttercream frosting to harden in the fridge. Of course, this is only temporary and won't be as noticeable after about 30 minutes at room temperature, so there's no need to worry.

Buttercream frosting will also keep its flavor as long as you cover it in the refrigerator, so make sure to be mindful of that.

How Do You Stop A Buttercream Cake From Sweating? 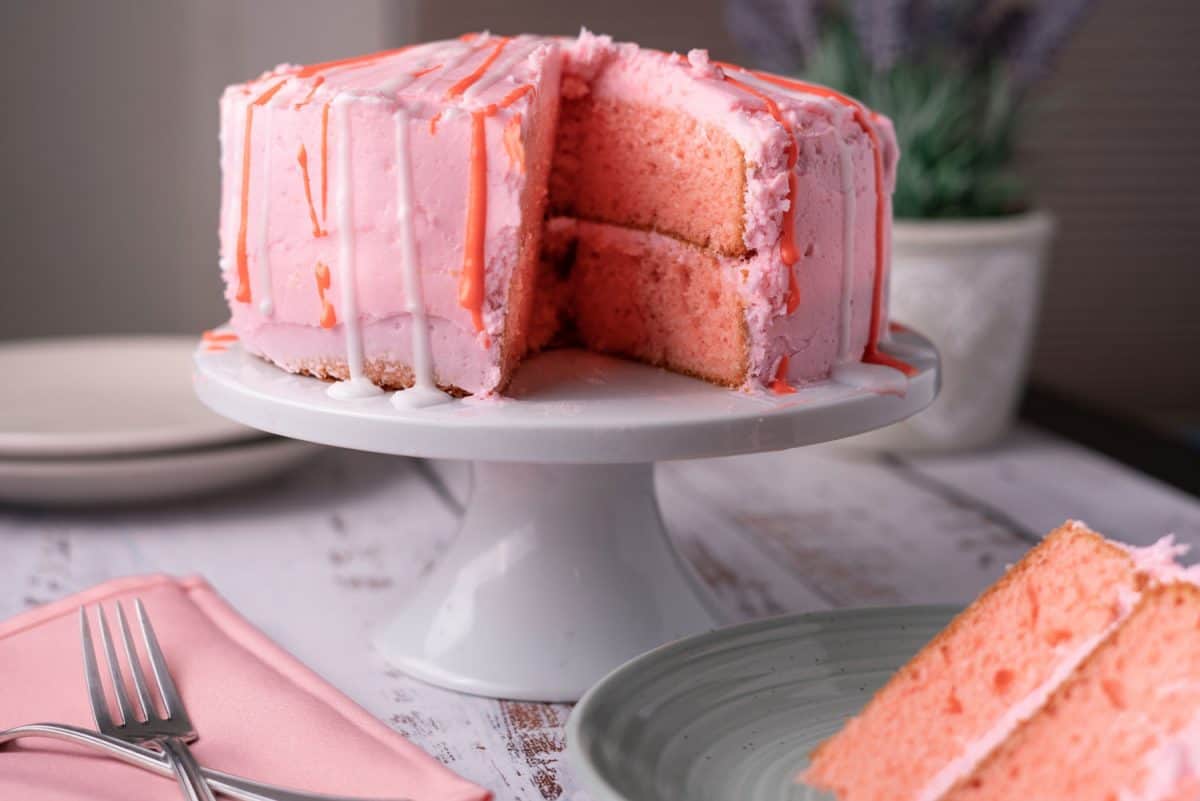 The best way to stop a buttercream cake from sweating is to seal it with plastic wrap. Doing this will force any moisture to form on the plastic rather than your cake, preventing any sweating from happening.

Another way to avoid sweating buttercream is to let your cake's temperature gradually change rather than take it from cold to warm, so try to let it sit out at room temperature before transporting.

How Long Does Frozen Buttercream Take To Defrost?

If your buttercream is frozen, expect it to defrost for about 48 hours. Considering that buttercream frosting is very thick, your defrost time will depend on how much you have.

That said, if your frosting isn't super dense, you might be able to use it after a day in the refrigerator, so your buttercream might surprise you.

How Long Does Buttercream Frosting Last?

As long as you store it properly, buttercream frosting can last up to a month in the refrigerator. If you decide to freeze it, your buttercream can last an extra three months, so it's safe to say it can hold out for a while.

As mentioned, buttercream does best in an airtight container, so make sure to follow that guideline if you want to keep yours edible for more than a few days.

How Can You Tell If Your Buttercream Is Bad?

If you suspect your buttercream cake/frosting is bad, there are a few signs to look out for. The most common signs of spoiled buttercream include:

Expired buttercream might also have a sour taste, so make sure to test it before baking or serving it to others. 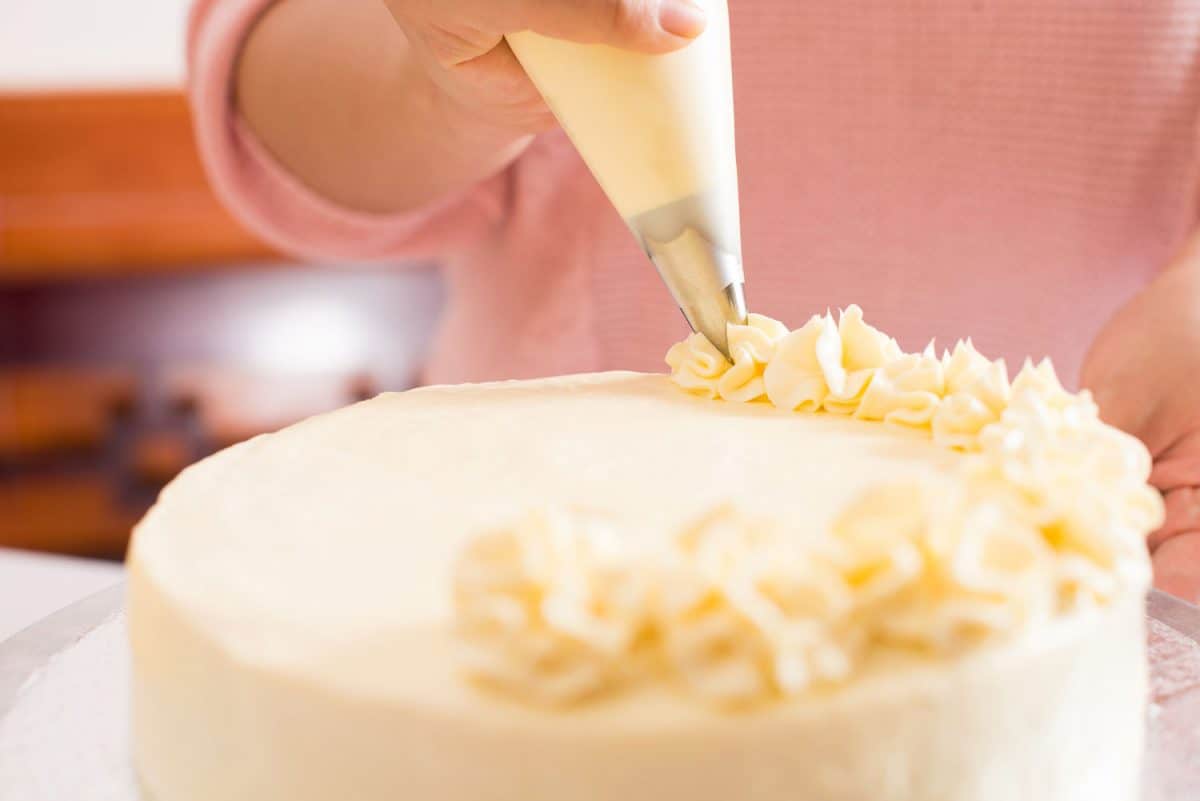 Whether you're new to buttercream or you use it all the time, figuring out what cakes will go with it can be challenging. Vanilla, chocolate, lemon, carrot, and red velvet will all pair nicely with buttercream frosting, although it can go with just about anything.

That said, you may want to hold off on using buttercream if your cake is already rich, as it does have a very creamy consistency and buttery flavor, so that's something to keep in mind. Of course, you can always mix in chocolate or even lemon with your buttercream frosting if you prefer some tang.

Regardless, remember to store buttercream frosting/cakes in an airtight container, and don't forget to have fun baking!

Before you go, be sure to check out these helpful related posts below!

Should You Grease Silicone Molds And Cake Pans?