When baking a cake, there's one ingredient that we all have to consider—what kind of frosting can you use? Two of the choices you could run into are Pastry Pride and Frostin' Pride. If you're having difficulty choosing between the two, let's go over the details.

Although there aren't many differences between the two, you might be wondering what your experience will be like with either choice. In addition, how would you use them? It's always good to get an idea of what you're dealing with beforehand. If you'd like to learn more, keep reading ahead. 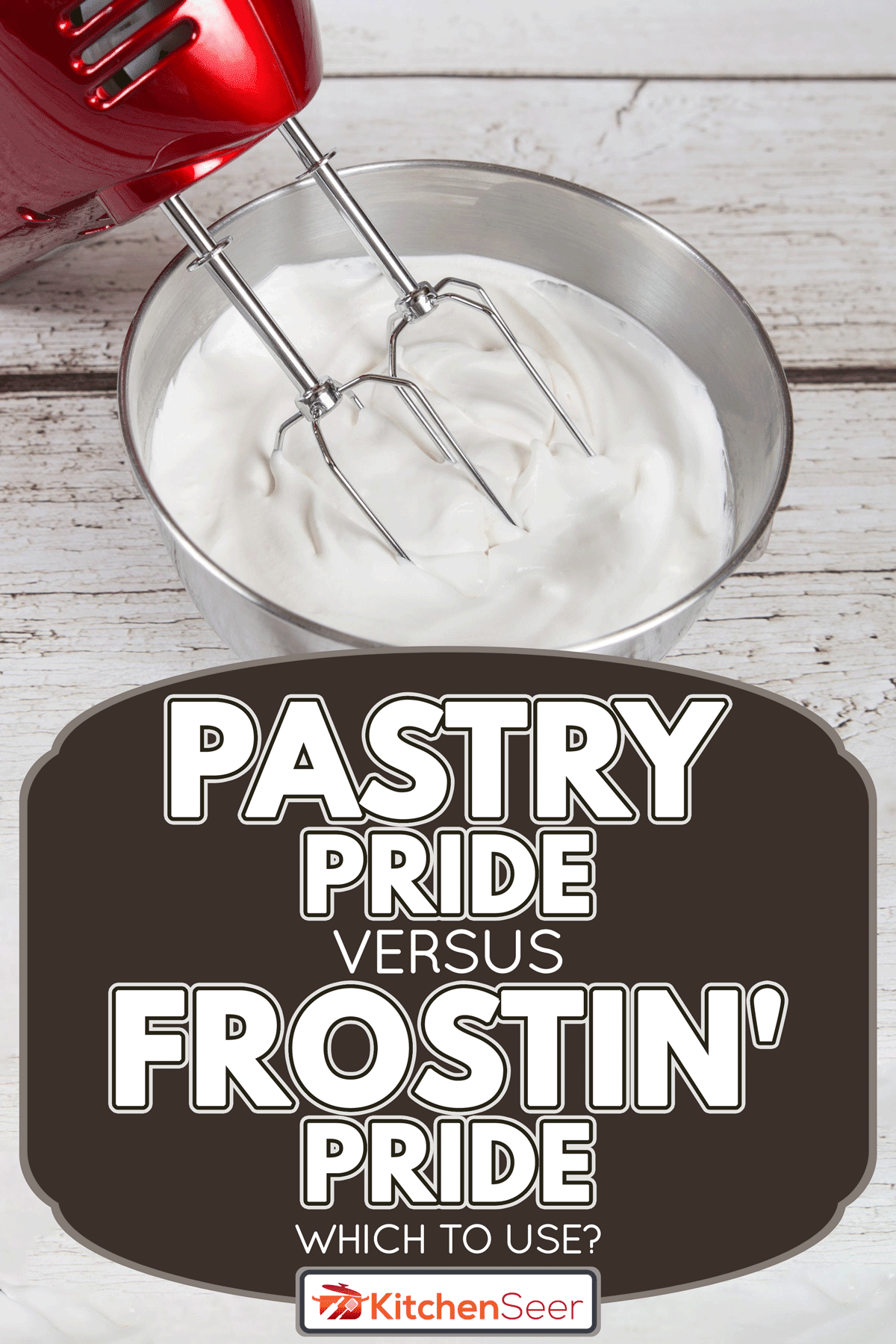 The Difference Between Pastry Pride and Frostin' Pride

Sometimes, when two products look the same, they can be different in other ways. One detail that sticks out is how they present themselves. They're both a non-dairy frosting. So, you could assume they won't contain any dairy. 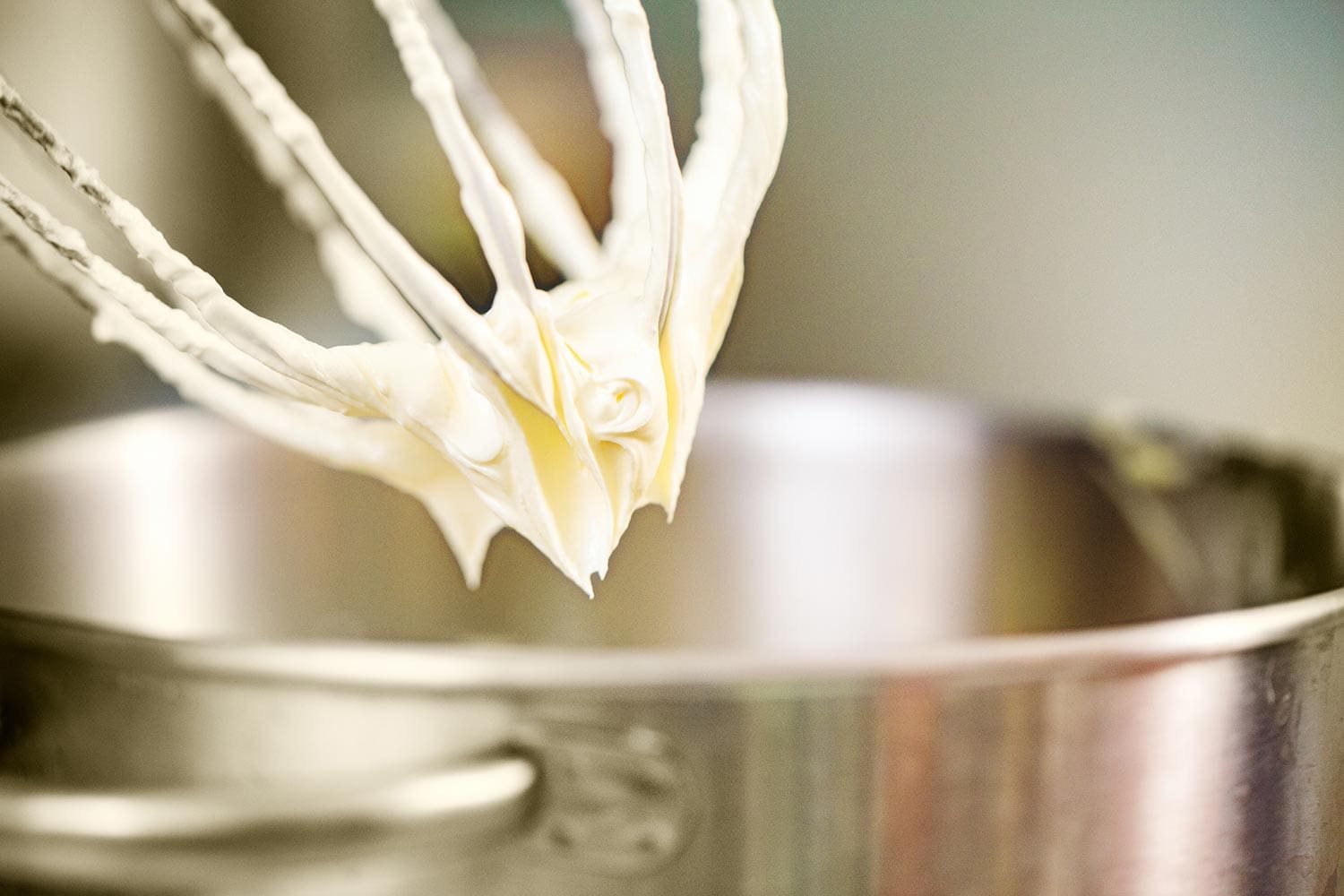 And, if they don't contain dairy, they could be an option for vegan bakers. However, you can't trust labels all the time. If you want to make sure they are suitable for vegan recipes, you'll need to check the ingredients.

Unfortunately, one blogger found that Pastry Pride isn't 100% dairy free. In response to another user, they found Pastry Pride contains 2% sodium caseinate which is a milk derivative.

For this reason, you can't consider Pastry Pride a truly vegan option. On the other hand, there's no definite answer for Frostin' Pride. So, it isn't guaranteed to be a vegan option. If you're a vegan baker, it's best to steer clear of these two products.

How Your Experience Will Go

Now we know have an idea of the contents of the frostings, let's go over what you'll experience using the two. Let's start with Pastry Pride.

Pastry Pride will come in an 8-lb and a 2-lb option. There are two versions that you can choose. There's the regular Pastry Pride and Pastry Pride Premier. The Premier version is the one that will be 100% dairy free.

So, if you're vegan and want to use Pastry Pride, look for the Premier option. It's the one with purple coloring on the box. The regular version uses red.

Regardless, both will come frozen. You'll need to thaw the product in the fridge overnight. However, if you need to use it immediately, you can throw it in the microwave for 5 minutes.

Once it thaws, you'll need to shake the contents inside. This way, everything inside mixes well. From here, you can throw it in your mixer bowl. Be careful not to overfill it.

Mixing The Frosting In The Bowl 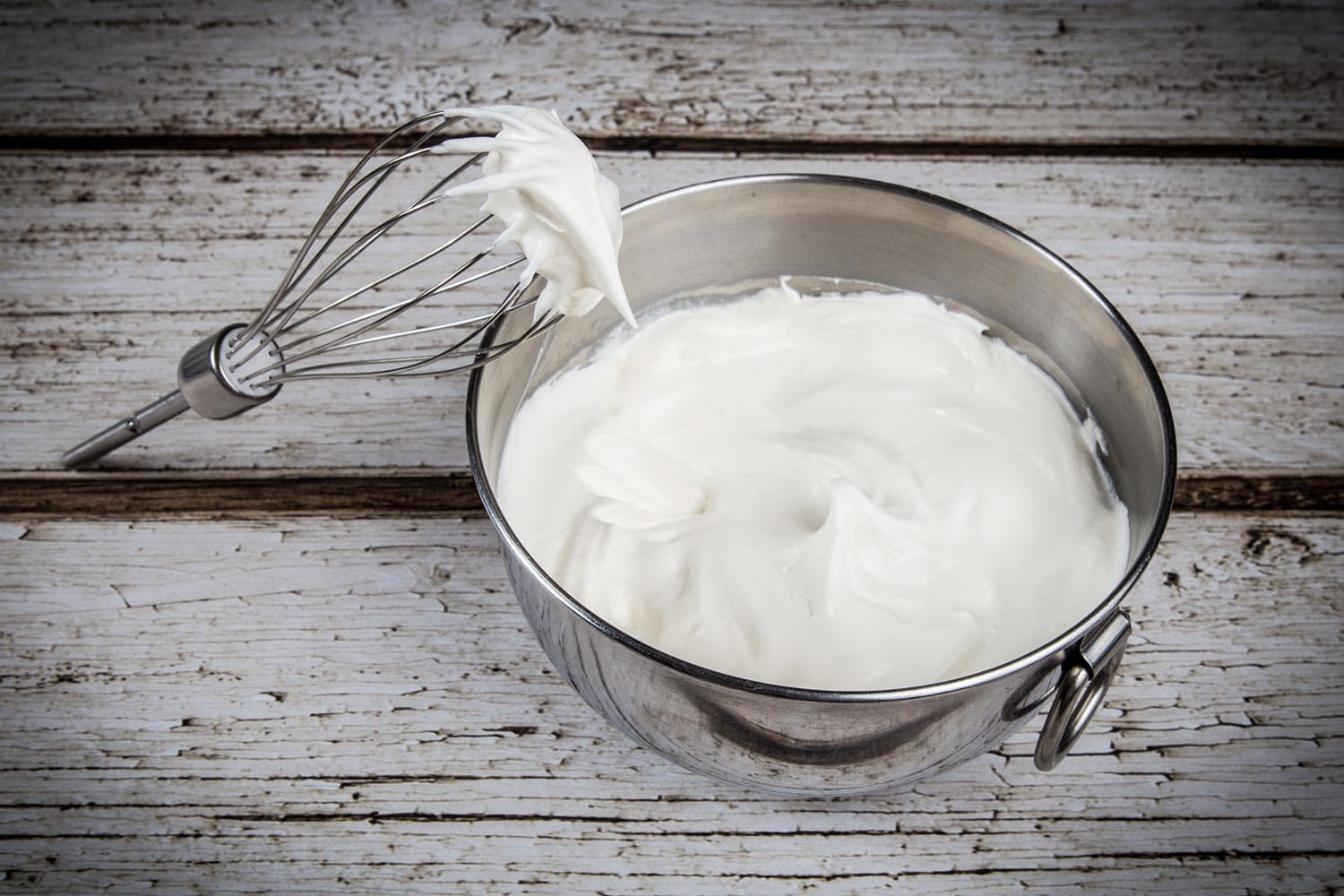 If you have a KitchenAid mixer, stir the frosting for about 3-5 minutes. Do it at medium speed. However, you'll want to keep a watchful eye on the mixing process to avoid overwhipping it. Whipping it for too long can make it too stiff to work with. 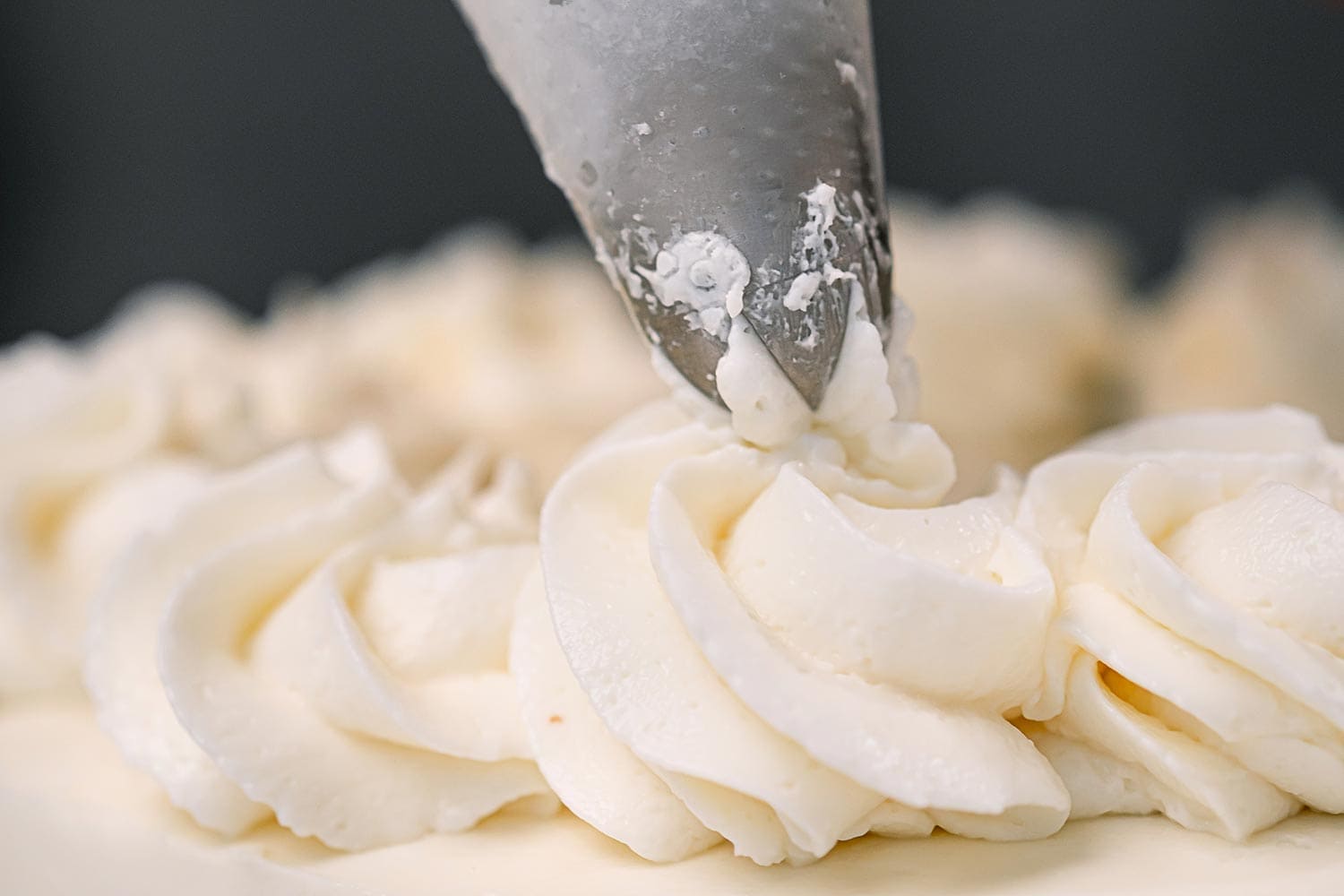 If you're into details, you want to use a whipped cream frosting that holds up. Fortunately, Pastry Pride is one product that excels in this aspect. It holds its shape over time without much trouble.

You won't have trouble creating designs that you want to achieve. If you leave it outside, it can still hold the structure of the detail. However, at room temperature, it will lose moisture. As a result, it becomes stiff but still edible.

Another factor to consider is how well the frosting holds up when you use it for layering. Once again, it passes with flying colors. It won't crumble under heavy cakes. So, if you're making a cake with multiple layers, Pastry Pride is one whipped cream option you can consider.

It's a light frosting that will highlight the cake instead of itself. So, if you're not a big frosting fan, Pastry Pride is a good substitute for real whipped cream. Lastly, it holds its moisture well, even if you don't cover it in the fridge.

If you want to see this dairy-free frosting in action, here's a video of one's experience with it:

Frostin' Pride only comes in a 2-lb option. There are a few versions of it, but some are hard to find. The main one you'll see in stores is the vanilla flavoring kind. The others have blue and pink coloring on the box.

Much like Pastry Pride, the product will come frozen. So, you'll have to thaw it out in the fridge before using it. Shake the product once it thaws. Pour some of it into your mixer bowl to start using it.

The general guideline to follow is the same as Pastry Prides. In other words, it will expand 4 times its size, so don't pour too much into the bowl.

You'll want to whip it at medium speed for 6-10 minutes for this product. Of course, keep an eye on it to avoid overwhipping it. If it becomes too stiff, add more liquid and re-whip until soft peaks appear.

Take a look at this instructional video on whipping Frostin' Pride:

Detail-oriented bakers will also love using Frostin' Pride. It holds up well even after leaving it outside for a day. Though, it has the same problems as Pastry Pride. It will become stiff and develop a styrofoam-like feel if left outside without cover.

Lastly, it holds up well under heavy layers of cake, too! The difference between the two comes in the flavors. Frostin' Pride will be sweeter than Pastry Pride. Some people compare it to real whipped cream.

In other words, it tastes just as sweet! However, it's more stable than real whipped cream. If you're a big fan of cake frosting, Frostin' Pride is the better choice.

If you want to see this product in action, take a look at this video:

What's The Difference Between Icing And Frosting?

If it's your first time baking, there are two terms that you might be curious about: frosting and icing. Are they the same? Choosing the wrong product can affect the outcome of your baked goods.

There is a difference between the two. Frosting is typically thick and fluffy. Bakers use it to coat all sections of a cake. On the other hand, icing has a thinner consistency. You use it only when glazing or decorating pastries in good detail.

Most bakers use it to coat cakes, cookies, and cupcakes. There is another variation of icing called royal icing.

However, if you're looking to use an ingredient that holds the shape of designs, frosting is the better choice. It's commonly used to decorate cakes and cupcakes with flowers and other figures. Like icing, there are many types of frosting.

Buttercream is one of the more popular options. The two we covered in this post fall under the whipped cream category. There's also a cream cheese base that you can consider. 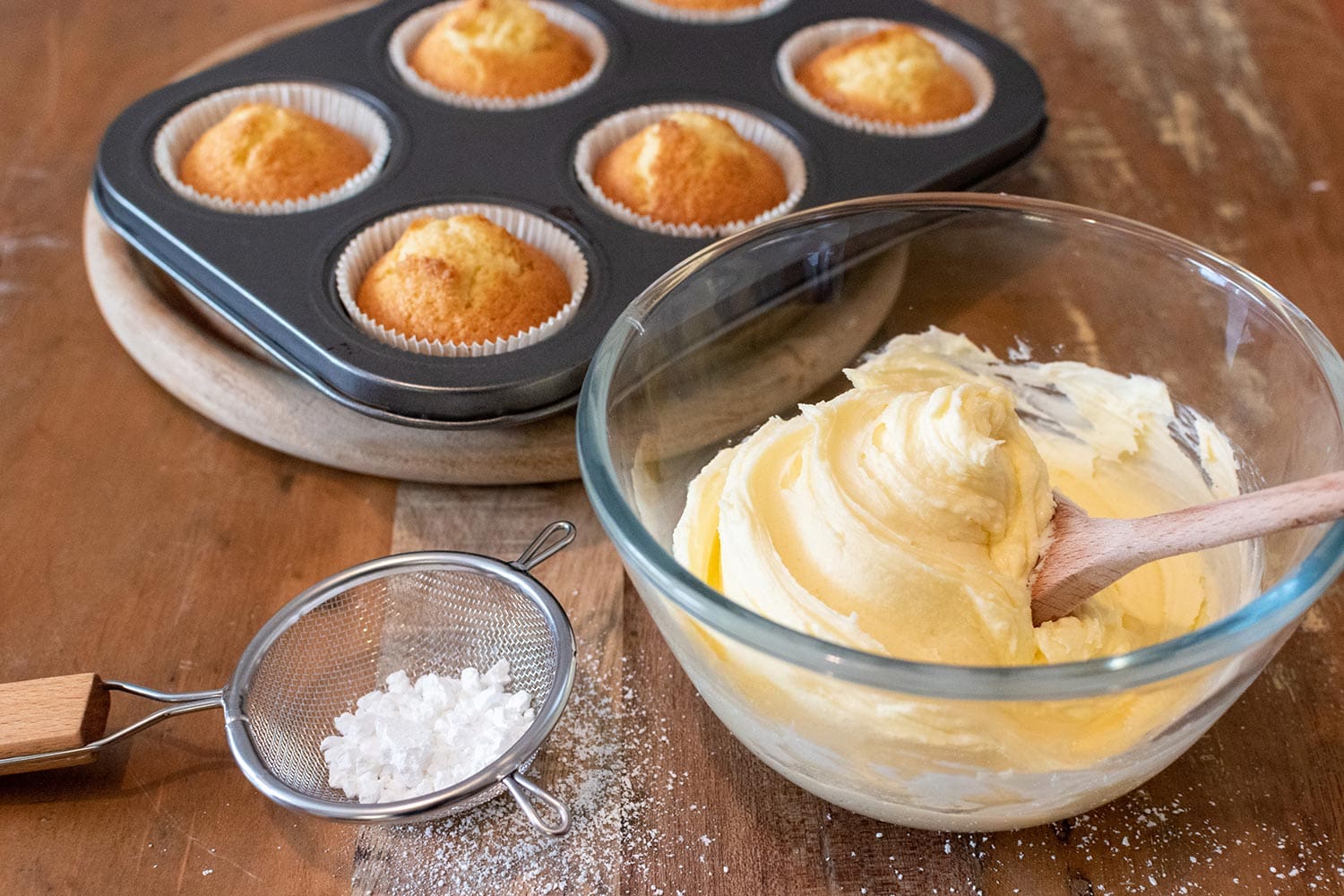 As the name implies, buttercream is a butter-based frosting for coating, layering, and decorating cakes. It's made of creamed butter and confectioners sugar. Buttercream comes in many variations.

Here are some of the options you'll see for buttercream:

Vegans can also get creative and make a vegan buttercream.

What Is The Difference Between Whipped Cream And Buttercream?

It can be confusing to choose the right frosting for your desserts. One problem you'll run into is choosing between buttercream and whipped cream frosting. The main difference between the two is the use of butter in buttercream.

Buttercream also tends to be sweeter than whipped cream. It carries a smooth and creamy texture. On the other hand, whipped cream frosting is more light and airy. You'll see more bubbles or pockets of air in the finish.

Buttercream is usually the baker with a sweet tooth's choice. If you don't like a frosting that's too sweet, whipped cream is your friend. In either case, you can't go wrong with either.

If you want to make sure you bake a dessert that everyone loves, you should consider using all the products at your disposal. This way, you know which one suits your tastes the best.

It becomes tricky picking the right frosting when there are so many options. As we've learned, Frostin' Pride and Pastry Pride tend to perform the same. However, Frostin' Pride will be the more flavorful of the two.

We hope you found the information above helpful! Before you go, do you need help deciding on other food choices? Perhaps you're debating between onions rings and french fries. If you'd like to see the differences, check out:

Onion Rings Vs French Fries: Which To Choose?

Do you need help choosing drinking glasses? We can help you decide! To learn more, check out:

Acrylic Vs. Polycarbonate Drinking Glasses: Which To Choose?

Can Betty Crocker Cookie Icing Expire? [Here’s What You Should Know!]

At What Temperature Should You Bake Cheesecake?

Should You Use Kosher Salt In Baking?