Baking desserts is not an easy task. Ingredients tend to react differently under certain conditions. Some will react negatively, while others will do well. The same idea applies when you're storing a royal iced cake. If you're wondering how to preserve it without ruining it, let's find out how!

You can store a royal iced cake the same way you would any other cake. So, if you expect to eat the whole thing within four days, you can leave it out at room temperature.

Use a cake plate and cover to avoid getting any dust, pet hairs, and other nasty things on the frosting. It will last around one to two weeks in the fridge.

There aren't too many precautions to take when working with royal iced cake. After all, we want the icing to dry. So, the cake itself is the more concerning part. Still, icing helps seal in the cake's moisture. For more information on royal iced cakes, keep reading. 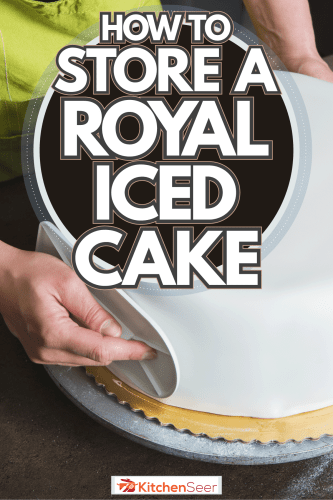 What Is The Best Way To Store A Royal Iced Cake?

When you're making a cake, keeping the consistency of the ingredients is the primary concern. You don't want the frosting or icing to dry out. And, you don't want the cake itself to go stale.

However, a royal iced cake is different. Royal icing tends to dry out quickly. That's the appeal of it. 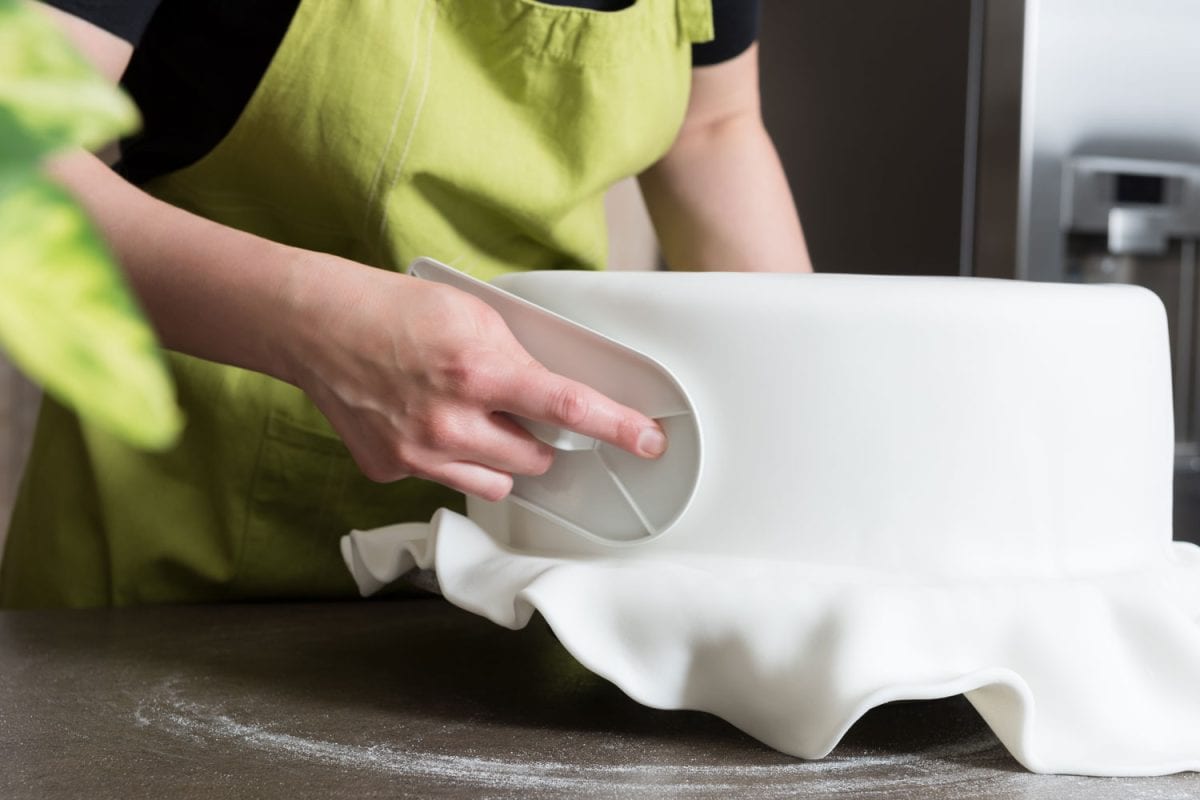 It's an icing that many bakers use to make intricate designs and decorations. For example, flowers are one of the more visually appealing decorations on a cake. But, if you want it to hold, you need it to harden.

Thus, it's easy to see why people like royal icing. Once it dries completely, it's firm enough to keep its looks.

Storing The Cake At Room Temperature

So, you'll need a cake cover to store it wherever you'd prefer. The cake should last five days if it's uncut at room temperature. Once it's cut, moisture begins to escape.

Therefore, it will become stale quicker. You can store a cut royal iced cake at room temperature for four days. If you want to slow the amount of moisture escaping, you can cover the exposed area with plastic wrap.

Otherwise, you can cover it with royal icing. But, since standard royal icing takes around 24 hours to dry, you'd probably want to avoid that.

Refrigeration is a good way to make foods and desserts last longer. But, in baking, refrigerating a cake is a tricky topic. Many bakers would recommend not keeping the cake in the fridge.

It's especially the case when you're dealing with royal frosting. The primary concern would be condensation. If the fridge interior is too humid, it could ruin your cake.

Though, results seem to vary from person to person. Some people have dedicated cake fridges for this situation. The cake doesn't dry out or turn into a gooey mess.

What Happens If You Refrigerate A Royal Iced Cake? 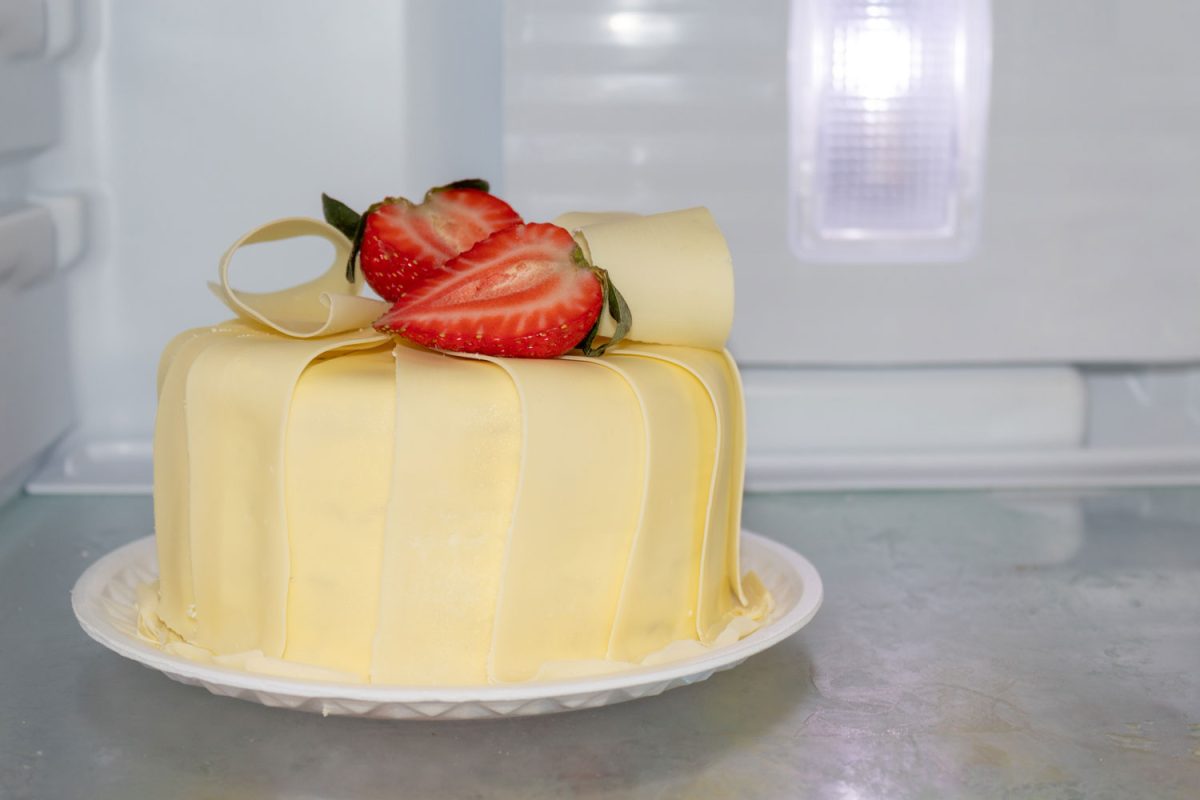 If you plan on refrigerating the royal iced cake, it's good to know what might happen. As one baker found out, it tends to hold its shape for a couple of days. After letting it sit in the fridge for a few more days, the icing became softer.

A cake will last around one to two weeks in the fridge. It will realistically last around a week or less with the way royal icing works. So, it's best to consume the cake within three to four days.

Otherwise, the frosting will get too soft.

Using The Freezer To Help With Storage

However, there is one trick you can do that can help the cake hold its shape longer. We want to prevent the icing from bleeding and softening too fast. So, you can stick the cake in the freezer for 15 minutes uncovered.

It will help the frosting harden slightly more. Then, cover the cake with plastic wrap. Once you're ready to continue working on or serving it, let it sit on the counter for 30 minutes.

The icing might seem too hard when you freeze it. But, don't worry, it's supposed to be like that. Regardless, these are ways you can make refrigerating the royal iced cake possible.

Do You Have To Refrigerate Royal Icing? 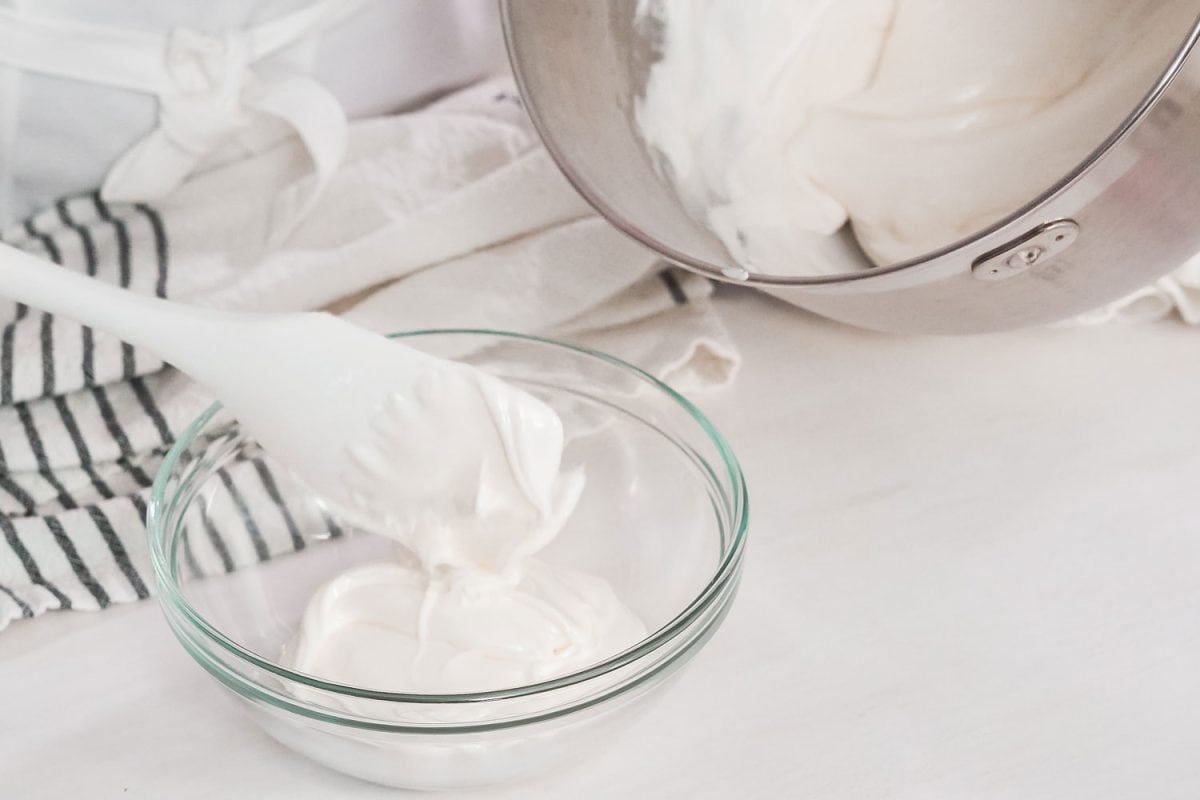 Sometimes when you finish icing a cake, there's an issue of what to do with the leftovers. Would royal icing need refrigeration? That would depend on the ingredients you used to make it.

So, if you used fresh or dried egg whites in the recipe, you'll want to refrigerate the icing. Royal icing that uses meringue powder can be stored at room temperature.

How Do You Refrigerate Royal Icing?

When you have unused icing, it's crucial to keep it soft for later use. Otherwise, you'll have a batch that will give you nothing but trouble. At that point, it'd be better to throw it away.

In any case, if you want to refrigerate royal icing, you need to do it properly. Like most ingredients, you want to keep it in a sealed, airtight container. So, if you have the icing in a bowl, use plastic wrap to cover the surface.

An alternative you can use is Press'n Seal wrap.

Whichever cover you choose, make sure to press down into the bowl. It needs to be touching the icing. Secure the wrap on the edges of the bowl. If you're using a container, put the lid over the wrap.

All you need to do is put it in the fridge or freezer. In the freezer, it can last a few months. It will last around two weeks in the refrigerator.

How Long Does Royal Icing Last In A Piping Bag?

Of course, royal icing in a piping bag needs some attention too. You can lump it in with the rest of the icing as the easiest solution. Then, cover the top with wrap. Make sure it's touching the icing.

However, some of you might want to keep it for decorations only. If that's the case, you can empty the remaining royal icing into a freezer bag. Make sure to remove as much air from the bag as possible.

You can keep it in the fridge for about a week. Alternatively, you can put it in the freezer for future use. It will last about six months there.

How Long Does It Take Royal Icing To Harden?

The way royal icing hardens is what appeals many bakers to it. If you want to get creative, royal icing will be your friend. Though, you might run into a few hiccups along the way.

In any case, once you ice the cake, there's a drying period. It needs to dry to keep its shape. As some suggest, you'll have to wait at least six hours for it to dry.

Sometimes you might have to wait 24 hours for it to harden entirely. If you don't have the patience to wait that long, there are some ways you can make the process go quicker.

How Do You Make Royal Icing Set Faster? 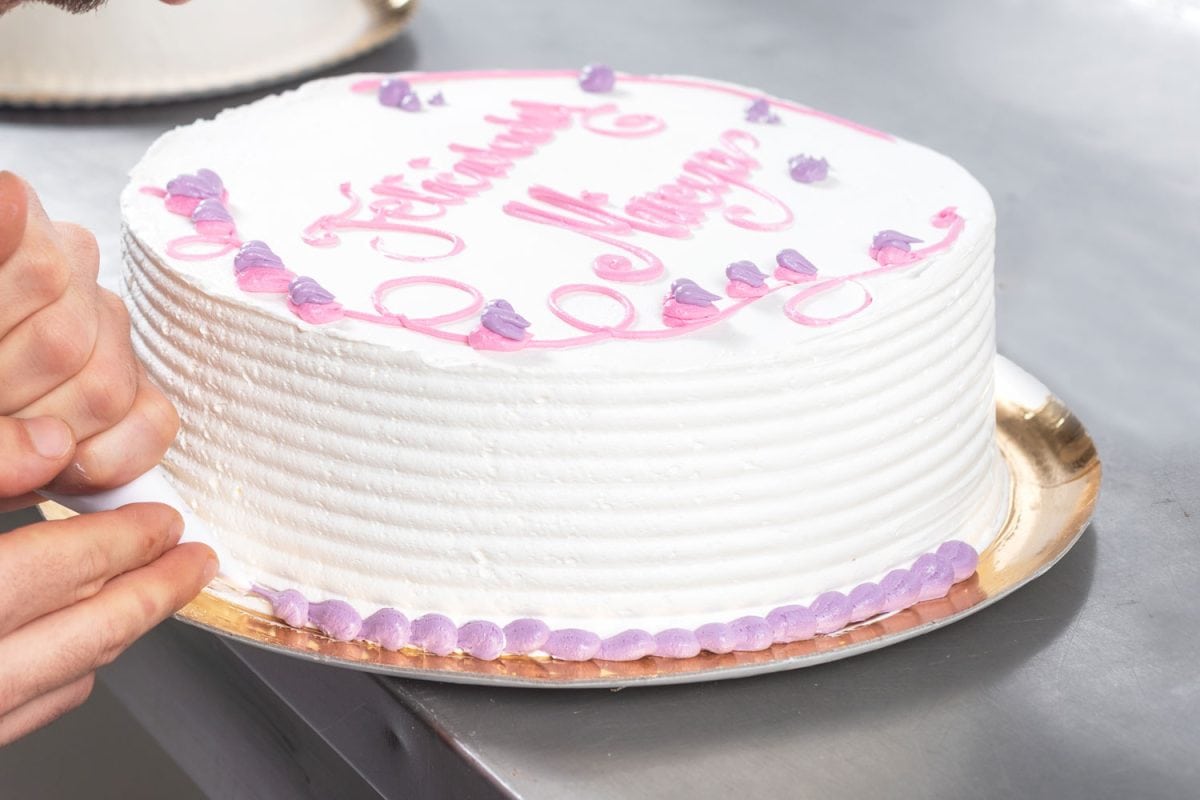 It's important to note that you'll have to be careful using these methods. You can use fans or hairdryers to help with the process. Since the icing is still wet, you need to keep the fan or hairdryer at a distance.

Otherwise, you might blow the decorations or the icing out of shape.

If you decide to go with a hairdryer, only use the lowest speed and the cool setting. Hairdryers can get hot enough to melt the icing. So, this method is the riskiest.

But, in a cold setting, it can do decently well. Keep it at a distance. Move the hairdryer backward and forward to avoid wrinkling.

A less risky method involves using the oven. All you need to do is put the cake in the oven. Then, turn the oven light. If you have a convection oven, turn on the fan too!

Still, you want to be careful while doing this. The oven needs to be clean. Otherwise, the icing will soak up any odors that are lingering inside. You wouldn't want the cake to taste differently.

The last tool you can use is a fan. It's better than using a hairdryer. But, you still want to maintain a distance. You'll also want to use a low-speed setting.

Since the force of the air can ruin the design of your cake, it might be best to wait it out. As they say, great things take time! Being patient will be less problematic when it comes to baking.

In any case, it's up to you to decide. 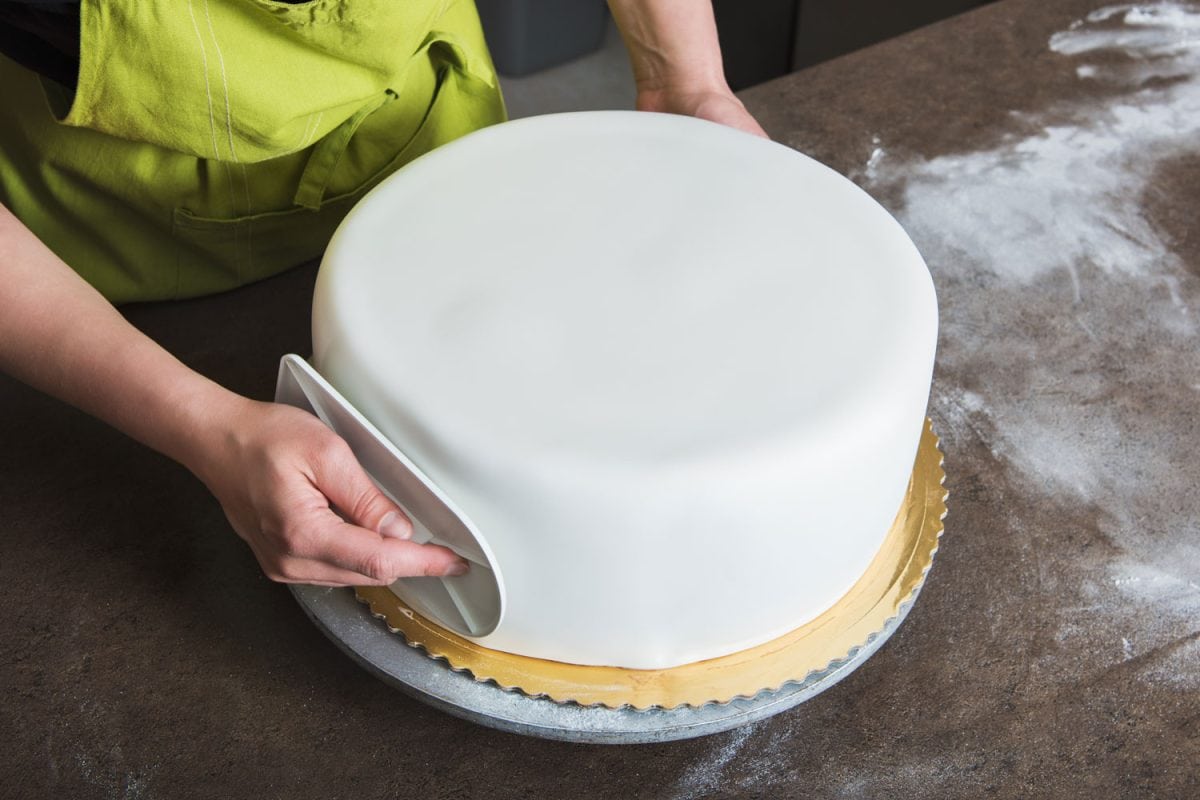 It's almost impossible to find anyone that doesn't love cake! However, the process that goes into making and maintaining them isn't always easy. Luckily, cakes like royal iced ones seem to do well at room temperature. We hope you found the information above helpful!

Before you go, do you need help storing other types of cake? What about a buttercream one? To learn more, check out:

How To Properly Store A Buttercream Cake?

Did you prepare a cheesecake? We can give you tips in that area too! For more information, check out:

How To Properly Store A Cheesecake?

6 Best Countertops For An Outdoor Kitchen

Should You Preheat A Dutch Oven For Bread?