Tea is found in many homes. We often enjoy it for breakfast, when we have guests, or after a tiring day at work. Have you ever wondered how many cups of tea you can make from one teabag? Let us find out what the experts have to say.

Some teabags can be used two times at most, but within 24 hours before discarding. Whether a teabag can be used once or twice is determined by the type and strength of the tea, including: 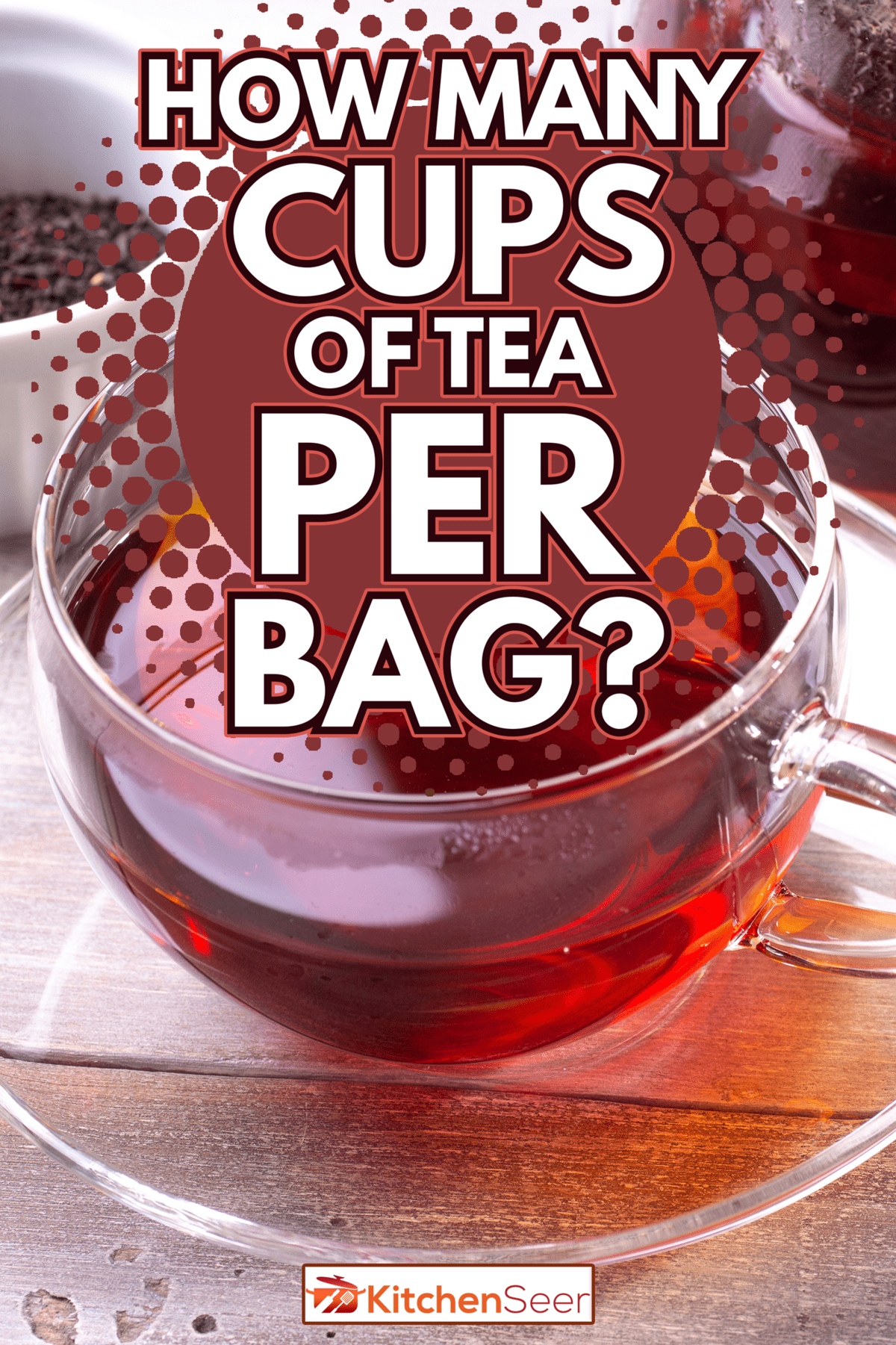 How Much Tea Can You Get From One Teabag? 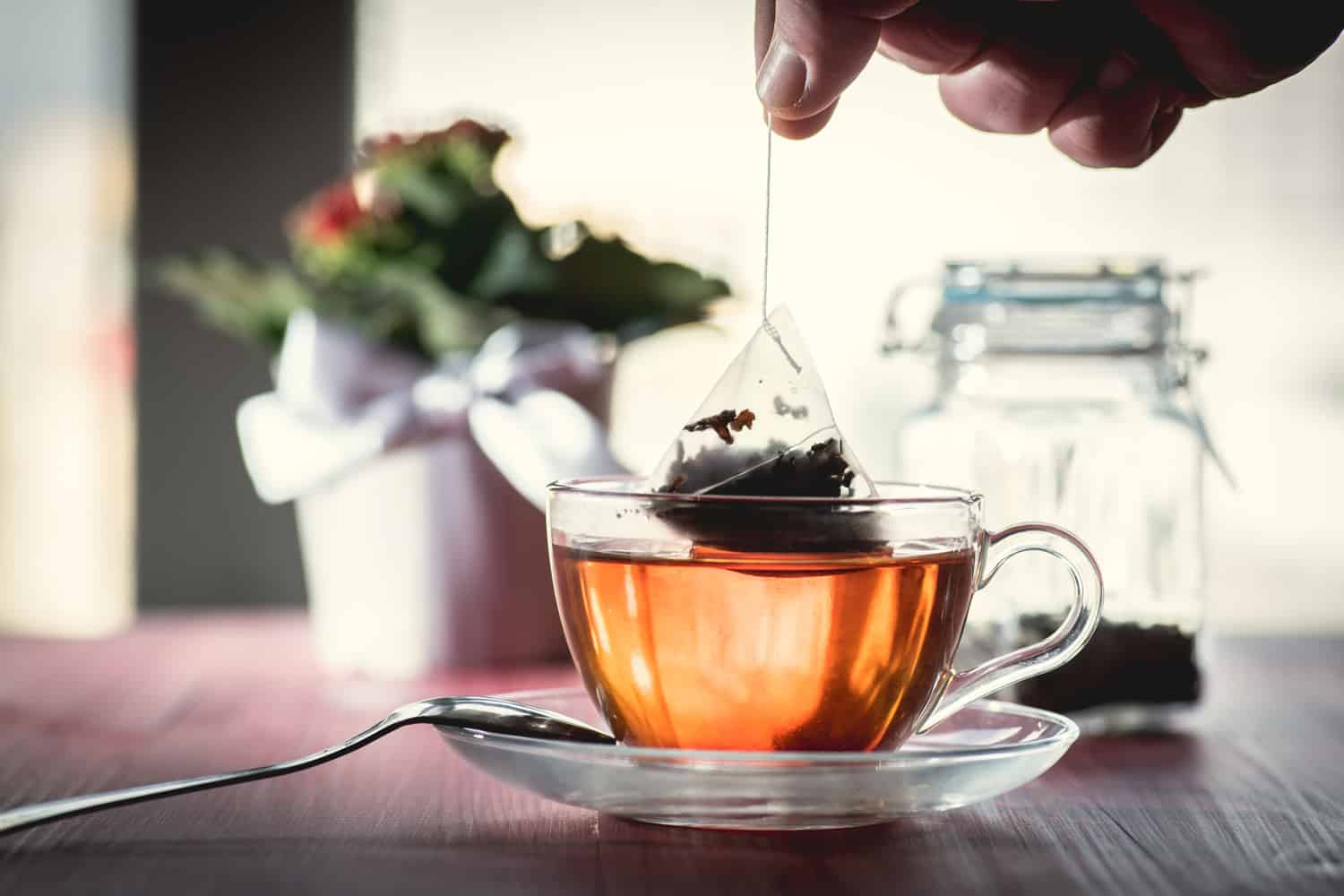 The amount of tea you can make tea from one teabag depends on the type of tea. You can make more tea from stronger types of tea.

The strength of tea in essence means that it contains a large number of flavor compounds and nutrients.

All true teas come from the leaves of the plant called Camellia Sinensis. Oxidation is responsible for the color and strength of tea, differentiating one from another.

Teas that are not oxidized or that go through minimal oxidation are stronger than teas that are fully or partially oxidized.

Oxidation is a process where tea leaves are left out in the air to darken and dry them. It contributes to its aroma and flavor.

Let us look at each type of tea and how many times a teabag can be used.

Click here to find these black teas on Amazon.

This tea is one of the most popular around the world. It is fully oxidized, indicating that all parts of the tea are left exposed to the air, which darkens them. They produce a reddish amber color when brewed.

Hence steeping once is enough, and a subsequent cup will not produce the same flavor as the first. 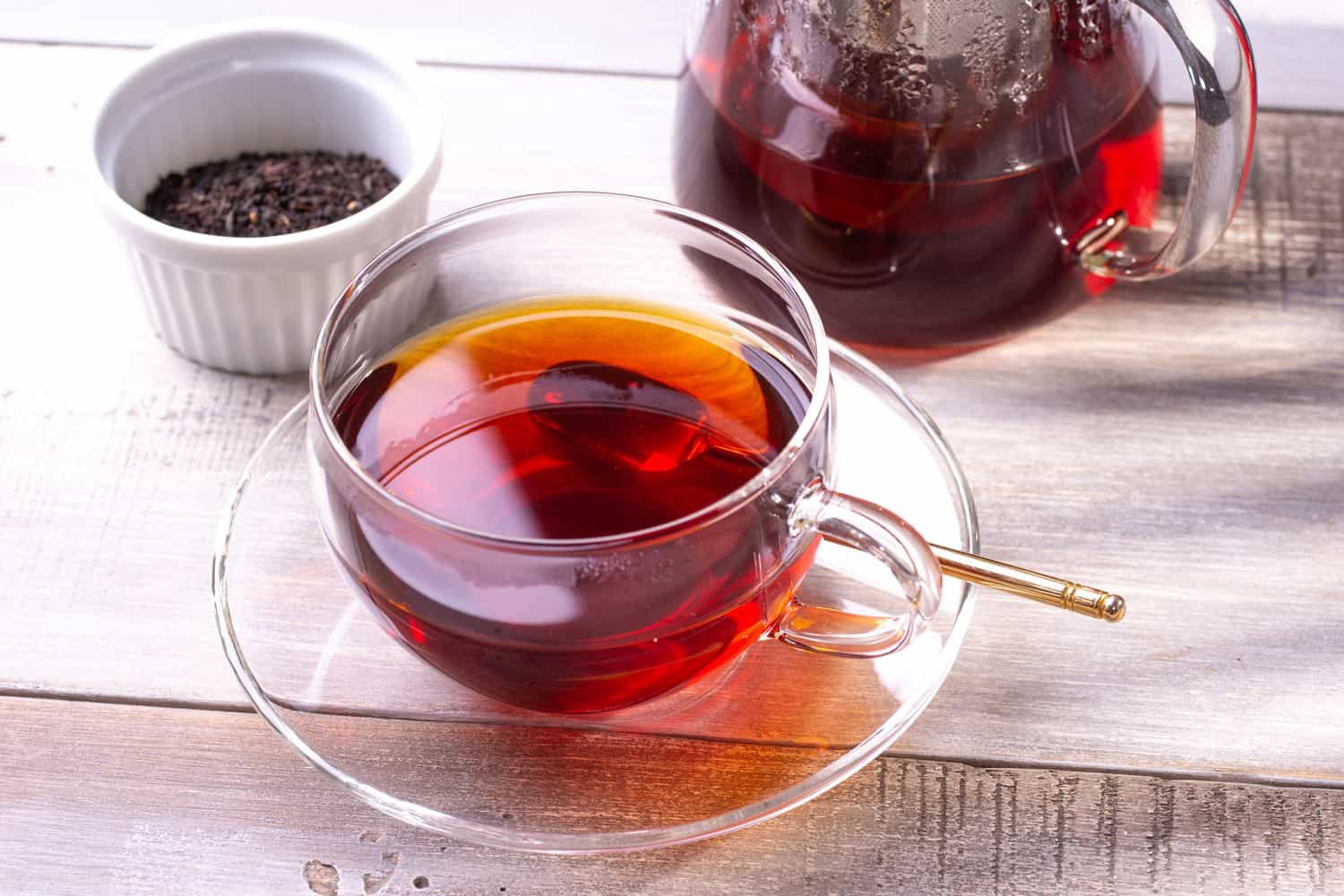 Click here to see this oolong tea on Amazon.

It has diverse flavors due to the different oxidation levels. The flavors range from sweet to toasty, floral to grassy, and light to full-bodied. It also has a variety of colors, from green to golden and even brown.

It takes 5 minutes to diffuse to make one cup of tea. Thus, it may not be a good idea to make a second cup of tea, as the flavor may not be as strong as the first cup.

Click here to see this green tea on Amazon.

Green teas may either go through minimal oxidization or none at all.  Instead, they go through a heating process that is done right after harvest to stop the oxidation process.

They are bright green, reflecting the original color of tea leaves after harvest.

It takes between 1 and 3 minutes to make one cup of green tea. Thus few tannins get released into the water, meaning a lot of flavors remain inside the teabag.

Because of this, brewing with the same teabag twice will still yield another cup of tasty tea.

Click here to find this white tea on Amazon.

This tea is picked from the immature parts of the tea shrub. It goes through minimal oxidation that involves being exposed to the air only when the leaves are drying.

This tea takes between 30 and 60 seconds to brew one cup of white tea. This means that there are few tannins released into the water, retaining high levels of flavor inside the teabag.

Hence, you can enjoy another cup of tea that has a flavor close to that of the first cup.

How To Reuse Teabags Correctly 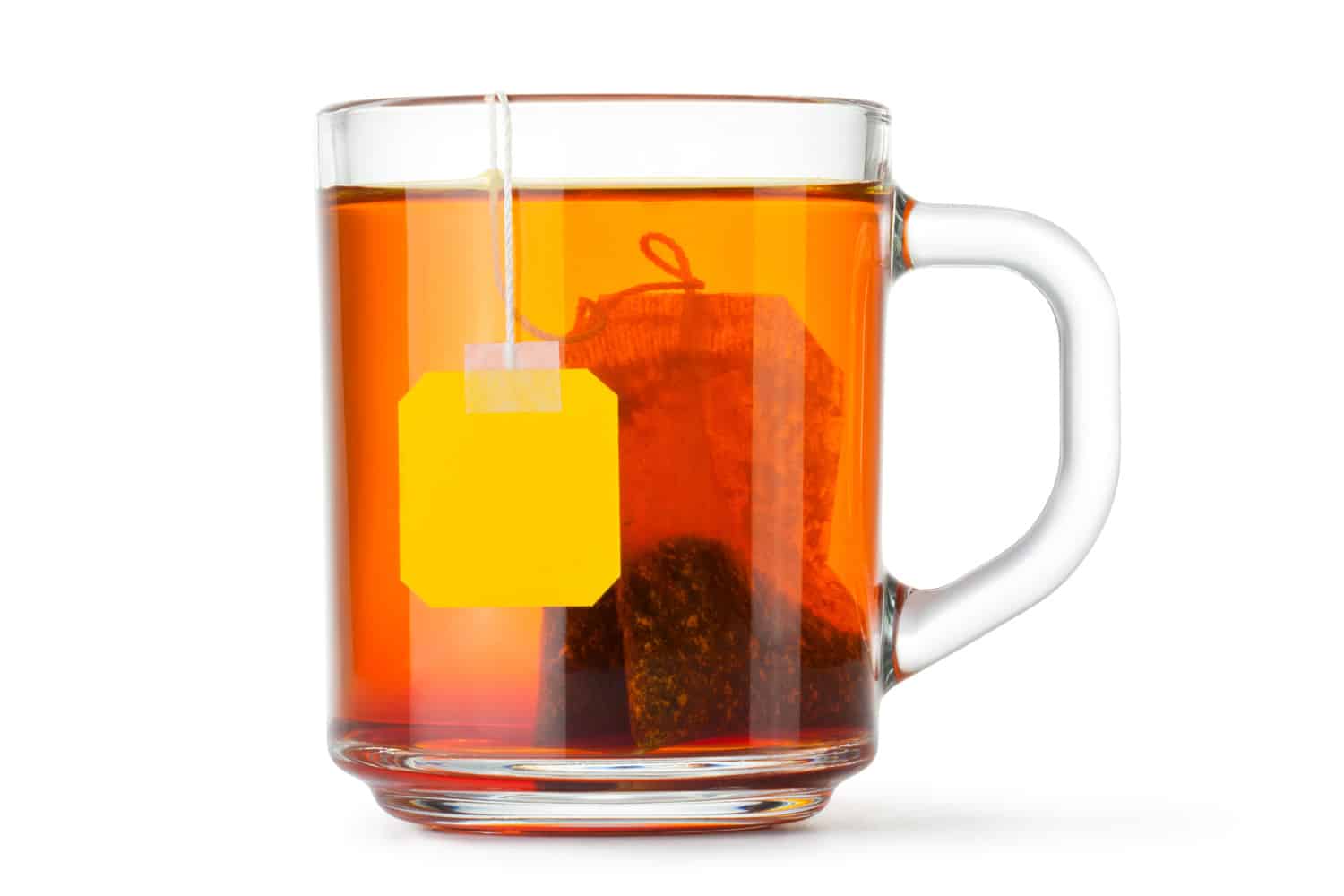 While it's generally best to use a teabag only once or to make a single cup of tea, there may be cases where you use it more.

If you have the last teabag left, but you are too busy to purchase one immediately, it may be necessary to reuse your teabag.

So, what is the correct way to reuse your teabag? Let us take a look

Use The Recommended Temperature

Do not use water of a higher temperature than recommended for the teabag; otherwise, it will destroy the flavor, giving you a less tasty cup of tea.

Also, never pour hot water directly over the teabag, as it will scald the tea, reducing the flavor.

If you can, use a teapot that you can program to the right temperature for your type of tea.

Pay attention to the timing required to steep each bag. You could use a timer to keep track of the minutes or seconds the teabag spends in the cup of water.

Remove it promptly as soon as it is brewed within the required time. 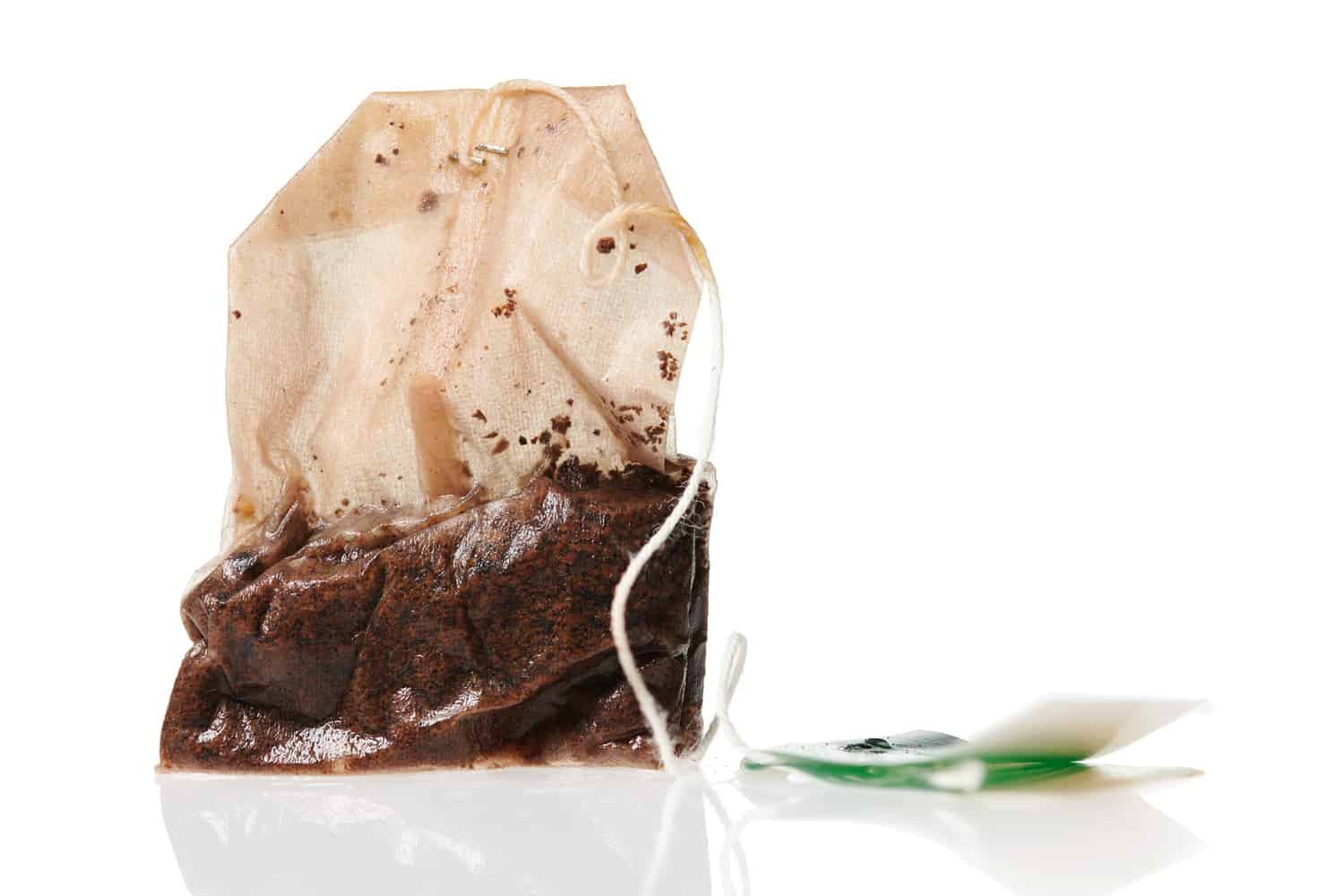 Do not squeeze the teabag for the first brew. This will reduce the tannins in the tea, which will compromise the flavor and color of your tea.

You need to keep the wet teabag somewhere clean after making the first cup of tea. Since moisture is a good breeding ground for bacteria, you need to be careful where you store a used teabag.

For the sake of your health, the following are some measures to take when reusing your teabag:

Place It In A Clean Container

First of all, store it in a clean container like clean glass.

Store In The Refrigerator

As soon as you put the teabag in a clean glass or container, refrigerate it immediately.

If you leave it on the kitchen countertop or any other surface, you will have created a good ground for bacteria to survive.

Since most bacteria struggle to survive in the cold, your teabag will be safe for reuse.

Only Store For A Few Hours

Even though the refrigerator is a safe place to store food and will keep away bacteria, do not store the teabag for too long. The teabag can still go bad as there is a limit to how long the cold can hinder bacteria.

However, if you take it out and it has a weird smell, do not use it again.

When you take out the teabag, straight away place it in hot water to kill any bacteria that may be in it. Don’t plunge it in cool water or at room temperature. 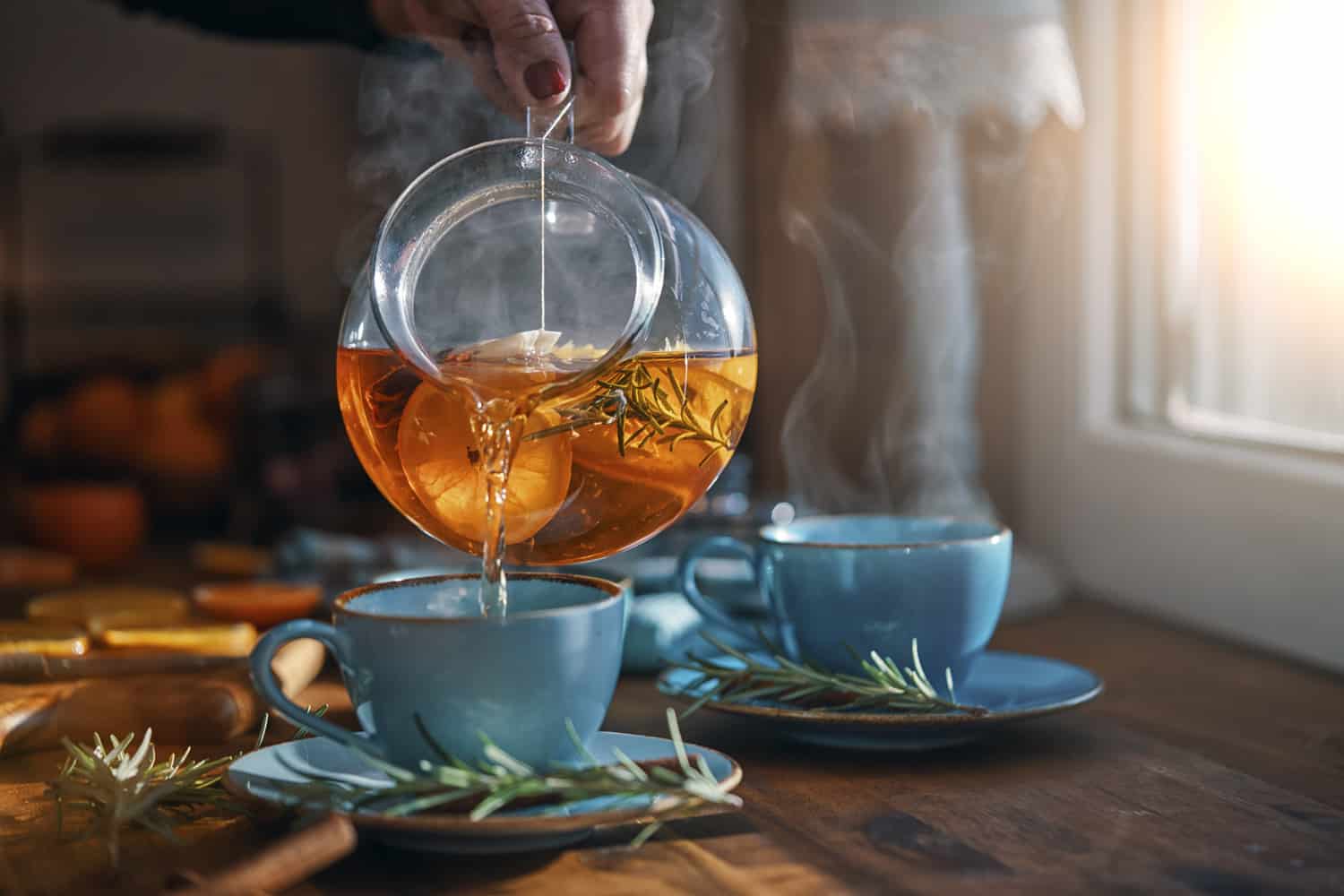 Even though you will get the most flavor from your teabag by using it for a single cup, you can still make two portions from a single bag when needed. More than two, though, and the flavor of your tea will be compromised.

How much flavor you'll get from reusing a teabag depends on the type of tea you are brewing. The strength of the tea will determine how many times a teabag can produce tea with flavor. Some teas like black and Oolong will only produce good flavored tea when the teabag is used once. Green and white teabags can be reused twice.

For your health's sake, follow the safety measures we recommended to keep bacteria away from the teabag. Also, do not store a used teabag for more than 24 hours, even if you have refrigerated it.

If you found this article helpful, learn more about getting the most from your tea in these articles:

Does Aunt Jemima Syrup Go Bad? [Here’s What You Need To Know!]