They may be intimidating, but barracuda is a popular dish in many cultures. These large, toothed fish can be found in tropical and subtropical waters around the world. But there are some things you should know before preparing barracuda for dinner.

Since barracuda are predatory fish, they pose the risk of having ciguatera toxins in their flesh. As such, you should avoid eating barracuda that are over three feet long due to being a lower risk of ciguatera poisoning. Filet the barracuda, and avoid eating any liver, intestines, roe, or head, as these are the parts of the fish that are most likely to harbor toxins.

It is also important to know how to filet and clean a barracuda properly. In this article, we will discuss how to safely prepare barracuda for dinner. In addition, we will answer other frequently asked questions about barracuda, so read on!

How To Safely Prepare Barracuda For Dinner

When it comes to barracuda, size does matter—specifically, the size of the fish. As previously mentioned, barracuda over three feet long are at a lower risk of ciguatera poisoning. Thus, it is best to err on the side of caution and avoid eating these fish.

The toxins originate from the algae the small fish eat. As a result, when the barracuda eat the small fish, the toxins accumulate in its system. These toxins cannot be destroyed by cooking or freezing.

While it can be fun to catch a barracuda that is over 50 pounds, it is not worth risking eating its meat. If you do catch a large barracuda, it is best to release it back into the wild.

If you are lucky enough to catch a smaller barracuda, the next step is to filet it. When fileting a barracuda, be sure to avoid the liver, intestines, roe, and head, as these are the parts of the fish that are most likely to have toxins.

When fileting the fish, you don't need to gut and remove the entrails like you would with other fish. This is because the toxins are primarily found in these organs, and you don't want to spread them throughout the meat.

Instead, you should filet the fish by making an incision behind the gills and then running your knife along the length of the fish's body. Once you have removed the filets, you can then remove the skin if desired.

To ensure, you are eating a safe and healthy meal, it is important to avoid barracuda that are caught in the hot months. For example, summer months in the Caribbean Sea are particularly dangerous, as the water is warmer, and there is an increased risk of ciguatera poisoning.

What Temperature Should You Cook Barracuda At? 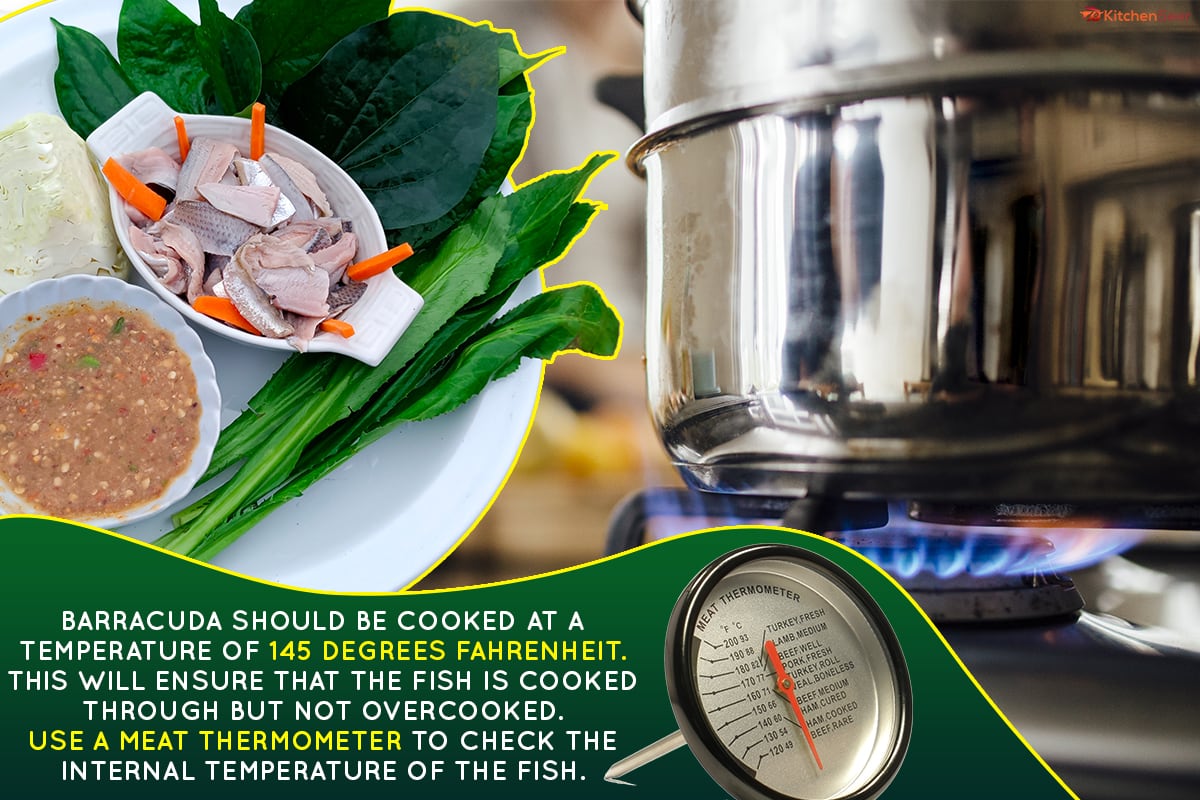 Barracuda should be cooked at a temperature of 145 degrees Fahrenheit. This will ensure that the fish is cooked through but not overcooked.

Overcooking barracuda can make it tough and rubbery, so be sure to use a meat thermometer to check the internal temperature of the fish.

Use a thermometer to check the internal temperature of the fish. Do this by placing the thermometer in the thickest part of the filet, being careful not to touch the bone. 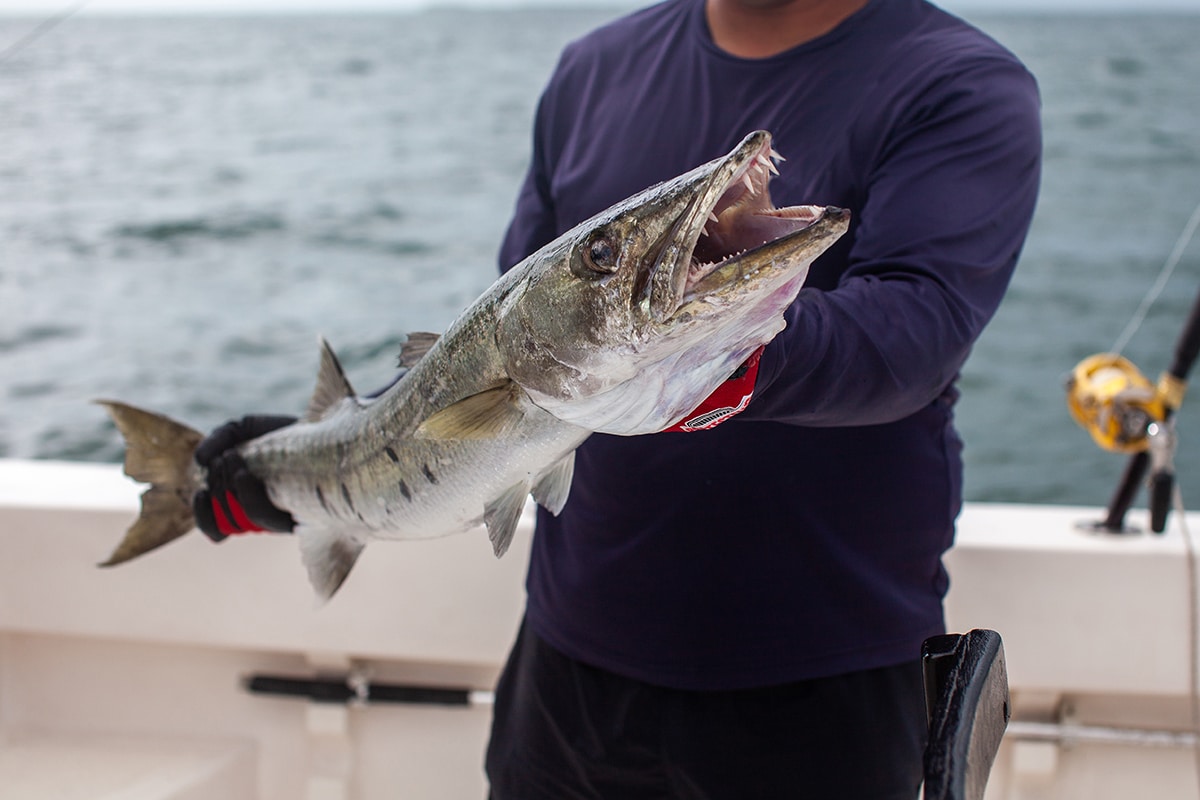 Barracuda has a milder taste than other fish such as tuna or swordfish. Its flesh is white and firm, with a slightly sweet flavor.

Barracuda is often compared to haddock or cod, as they have a similar mild taste. In addition, barracuda has a moderate fat content, so it is not as dry as some other fish.

Barracuda is a versatile fish that can be cooked in a variety of ways. It can be grilled, baked, roasted, or even smoked.

Barracuda pairs well with complementary flavors such as citrus, herbs, and spices. You can experiment with different seasonings and sauces to find a flavor combination that you love.

Is Barracuda High In Mercury? 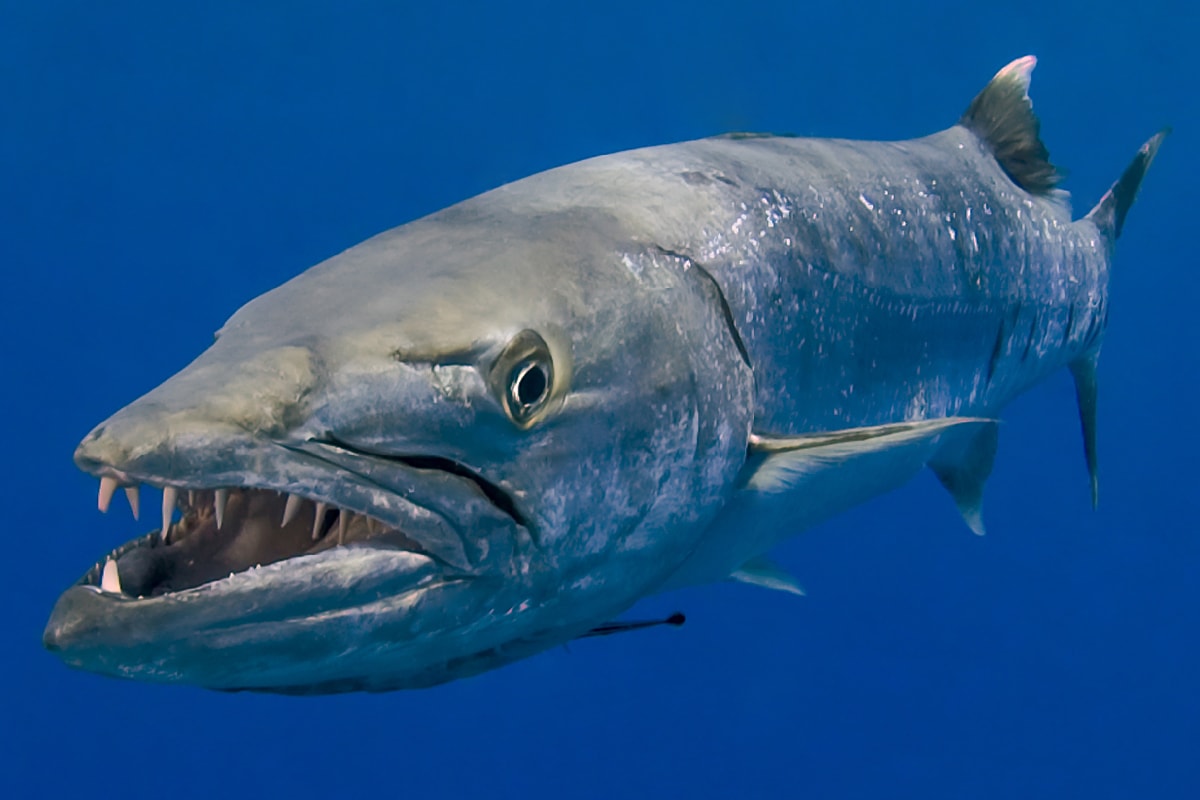 Barracuda has been shown to have high levels of mercury in its flesh. While they can be safe to eat when consumed in moderation, pregnant women and young children should avoid eating barracuda altogether.

While it's okay to have barracuda a couple of times a week, you should look to consume other fish that are lower in mercury. This will help to reduce your overall mercury intake and protect your health.

Nonetheless, barracuda is a good source of protein, omega-3 fatty acids, selenium, and vitamin B2. It is also low in saturated fat and calories.

With that said, it is a good fish to work into your diet if you are looking for a healthy option.

How Long Is Barracuda Safe To Eat?

After catching or purchasing barracuda, it is best to eat it within two days. If you are not going to eat it right away, you should freeze the barracuda filets.

When freezing barracuda, be sure to use a freezer-safe container or bag. This will help to prevent freezer burn and keep the fish fresh.

Barracuda can be stored in the freezer for six to eight months. However, it is best to consume it within the first three months for the best flavor and quality.

You can freeze cooked barracuda for up to three months.

How Do You Know If Barracuda Has Gone Bad?

Like other raw meat, barracuda can go bad if it is not stored or handled properly. If you are unsure if the barracuda is still good to eat, there are a few signs you can look for.

First, check the color of the flesh. If it has turned brown or gray, then it is likely starting to spoil. Additionally, if the flesh is starting to emit a foul odor, then it has probably gone bad.

If you see either of these signs, it is best to discard the barracuda. Eating spoiled fish can cause food poisoning, so it is not worth the risk. In other words, when in doubt, throw it out!

What Are Signs Of Eating Bad Barracuda?

While ciguatera poisoning only affects a small percentage of people who eat barracuda, it is still important to be aware of the symptoms.

Symptoms of ciguatera poisoning can include nausea, vomiting, abdominal pain, and diarrhea. In severe cases, symptoms may also include headache, dizziness, and muscle weakness. If you experience any of these symptoms after eating barracuda, seek medical attention immediately.

Unfortunately, unless you do a chemical test, you won't be able to tell if the barracuda is bad. Ciguatera poisoning can occur even if the fish looks and smells normal.

Can You Buy Barracuda At A Market? 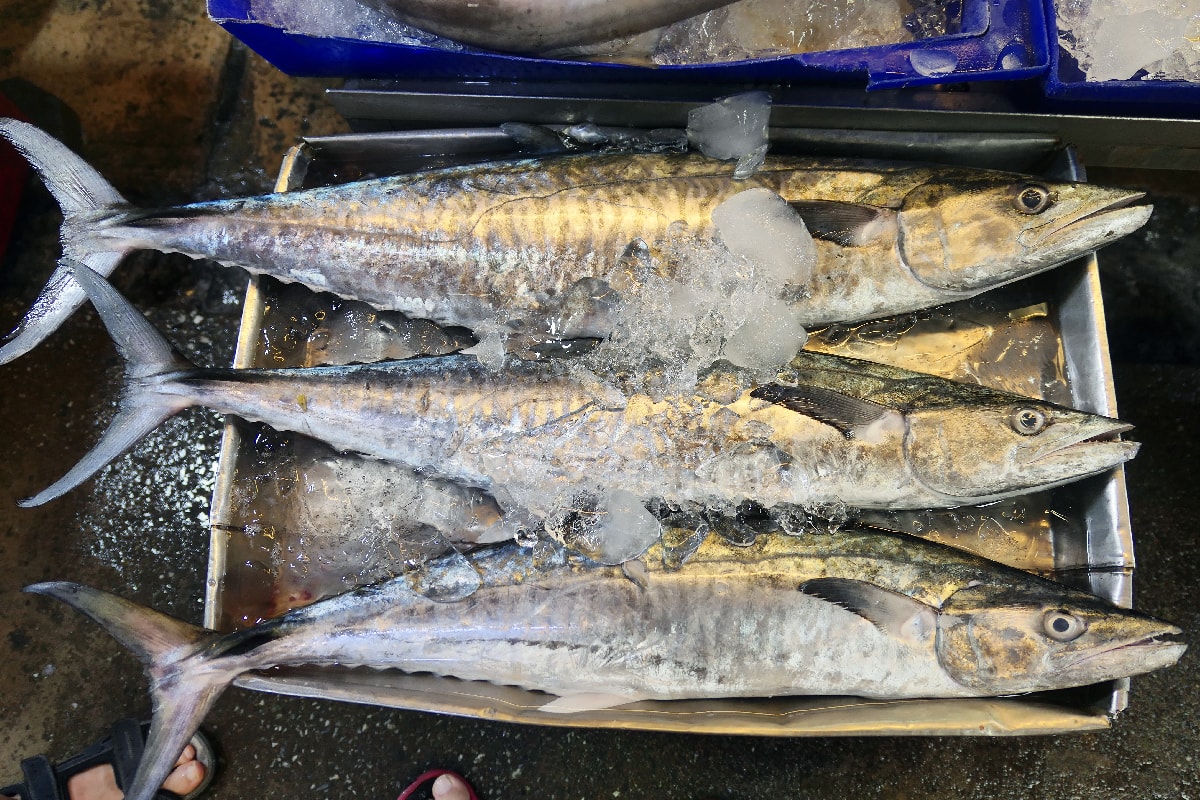 Yes, barracuda is a type of fish that is commonly sold at markets. It can be found fresh or frozen, and it is also sometimes canned.

If you are interested in buying fresh barracuda, look for fish that have bright eyes and firm flesh. The skin should also be shiny and free of blemishes.

You should also talk to the locals to see when the fisherman typically catches barracuda. This will help you to ensure that you are getting the freshest fish possible.

When buying frozen barracuda, look for fish that was frozen soon after being caught. Avoid fish that has been sitting in the freezer for months on end. These fish will likely be lower in quality.

Can You Eat Barracuda Raw?

Unlike other fish, barracuda is not commonly eaten raw. This is because barracuda can contain high levels of mercury and other toxins.

You will find sushi chefs will stick to other fish when making sushi rolls or sashimi. For example, tuna, salmon, and yellowtail are all common sushi fish.

The reason being is that these fish are frozen instantly after being caught. This helps to kill any parasites that may be present in the fish.

While you could do the same with barracuda, there is still a risk of ciguatera poisoning. For this reason, it is best to avoid eating barracuda raw.

Do Barracudas Have Worms?

Barracuda can have white worms in their flesh. These worms are parasites that can infest the fish when they are alive.

If you do find worms in your barracuda, don't panic! These parasites are not harmful to humans, and they will be killed when the fish is cooked.

Simply remove the worms with a sharp knife before cooking the barracuda. In addition, cook the fish thoroughly to kill any other parasites that may be present.

While barracuda does pose a risk of ciguatera poisoning, it can be avoided. Simply be sure to cook the fish thoroughly and avoid eating it raw. You should also check with the locals to see when the fish are typically caught. This will help you to get the freshest fish possible.

Made it to the end? Here are other articles you might enjoy:

For How Long Should You Cook Fish?

At What Temperature Should You Bake Fish Fillets? For How Long?

Can You Reuse Oil After Frying Fish?

Should You Cover A Ham When Baking

How Long To Cook Stuffed Peppers