Poke is a Hawaiian dish that contains raw, marinated fish over rice and vegetables. It's a delicious meal that many love. However, what happens if you can't eat it right away? More specifically, how long can it last in the fridge? If that's your concern, we have the answers for you!

Poke is a dish that you typically should eat within the day. It's always going to taste better when it's fresh. But, if you have to refrigerate it for later, it can last about two days.

Three days is stretching it. After three days, it might still be palatable.

Whether you bought a lot of it or are saving it for later, it stinks having to throw it out. Still, it's always better to play it safe with food. That's especially the case when you're dealing with raw fish. Why does poke spoil quickly? If you'd like to know this and more, keep reading. 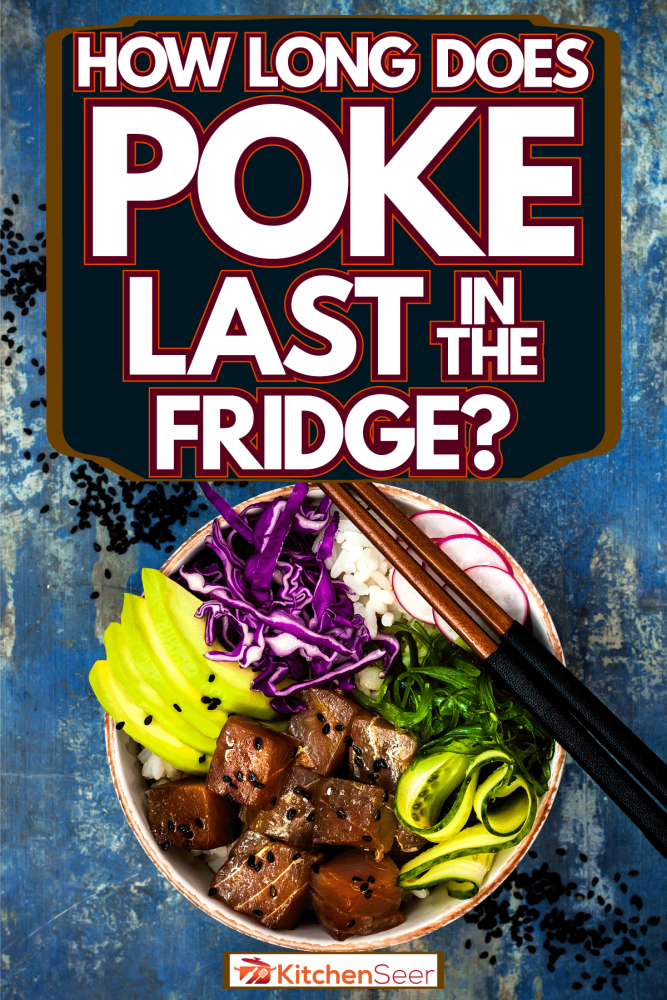 How Long Does Poke Last?

When you want to preserve foods, the usual thought process is to put them in the fridge. It's usually a good plan. But, with poke, there are other things to consider.

You don't have to think too hard about why it spoils quickly. All you have to consider is the ingredients in the dish. The two primary culprits are the vegetables and the raw fish. 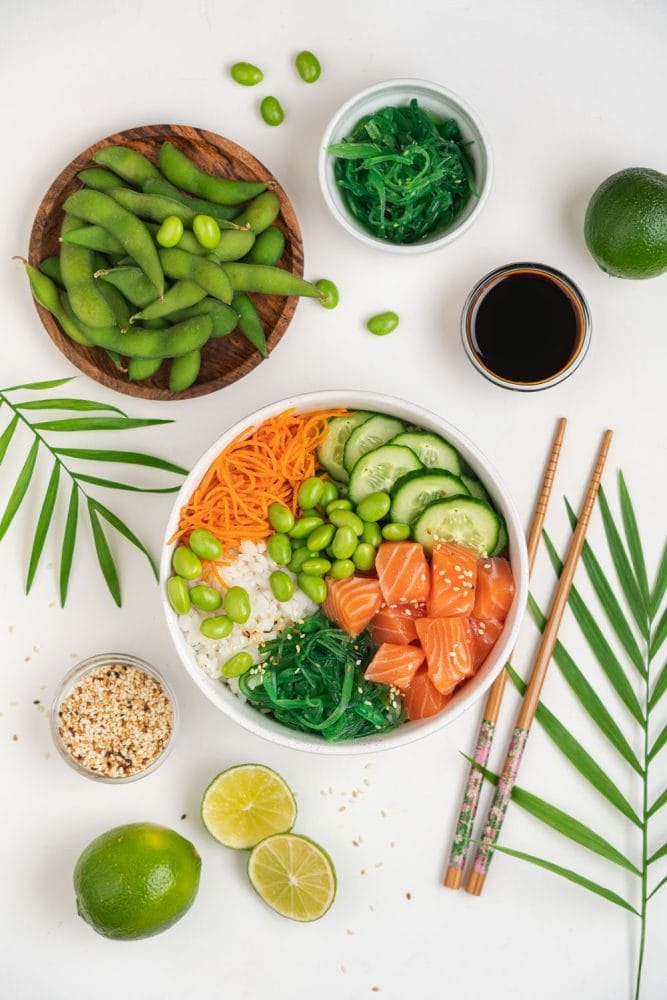 The fish that most cooks use in a poke bowl is sushi-grade tuna or salmon. Both tuna and salmon don't have a long shelf-life. They're good for one to two days at most.

Of course, you can always use your sense of smell and touch to determine if it's still good after two days. Some people have had success with eating three-day-old poke. Though, after each day you wait, the quality becomes questionable.

Even if it doesn't smell foul, it probably doesn't taste as good. If in doubt, throw it out.

What About The Vegetables In A Poke Bowl?

Aside from the fish, you also have to think about the vegetables in the dish. One of the most common vegetables you'll see there is avocado. Another is tomato. Both don't last long in the fridge too.

They can last about three to four days in the fridge. The quality and flavor will start to go down the longer you wait. It's most noticeable on the avocado.

It's going to brown quickly. So, it's going to be visually less appealing to some. But, as some suggest, it's still safe to consume. The avocado begins to brown because it oxidizes.

In any case, the poke bowl won't look too appealing after three days. It would be safer to throw it away at that point. Still, it's up to you to decide if it's still edible.

How Do You Know If Poke Is Bad? 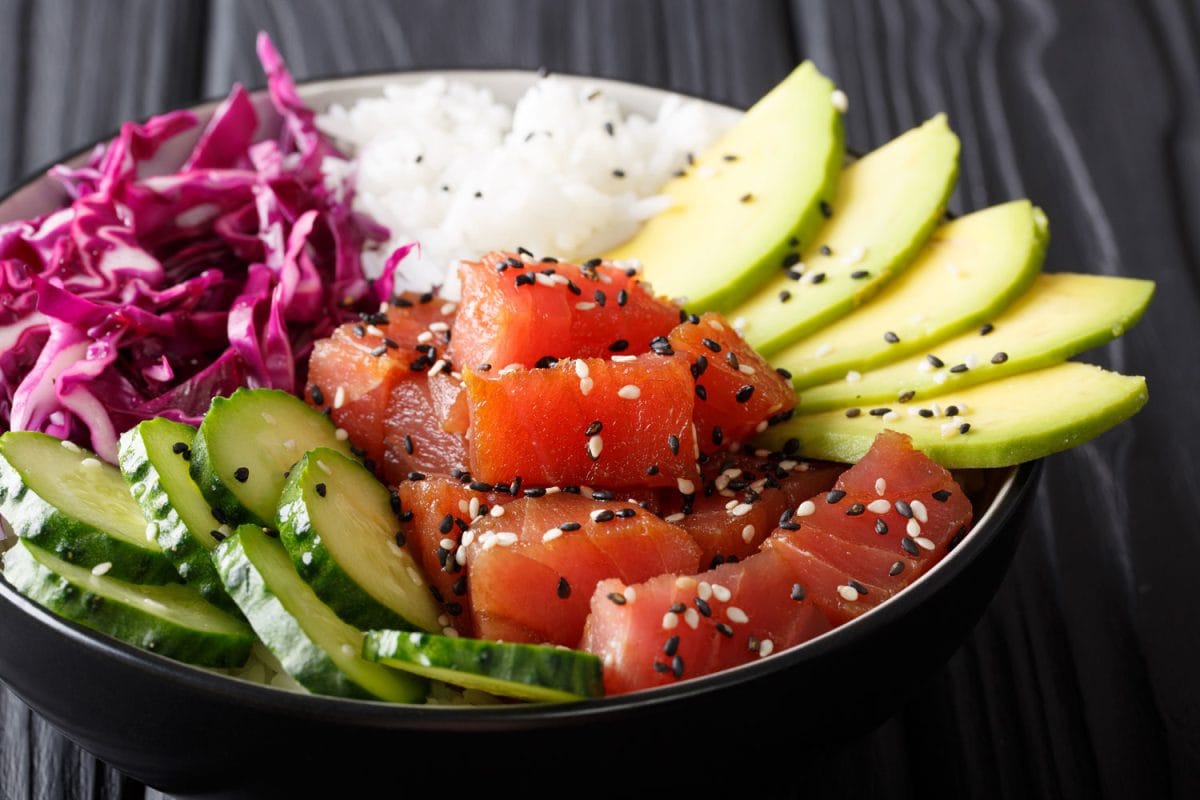 It's crucial that you know how to distinguish what a bad poke bowl looks like. The primary item you want to look out for is the fish. Although it naturally carries a fishy smell, the odor will become overwhelming after a few days.

Sometimes people can't distinguish if something's gone bad by smell alone. So, we'll have to use our vision to tell us if something is off. Expired fish doesn't look as good as fresh fish.

Fresh fish is usually vibrant with color. Once it expires, that color starts to turn dull. It might even turn gray! The worse part is the liquid it starts secreting.

There's a milky slime that seeps out on expired fish. Texture-wise, the fish will be slimy too. Once it looks this way, you'll want to throw the whole dish away.

The appearance should be enough to scare anyone away from eating it.

What Happens If You Eat Expired Poke? 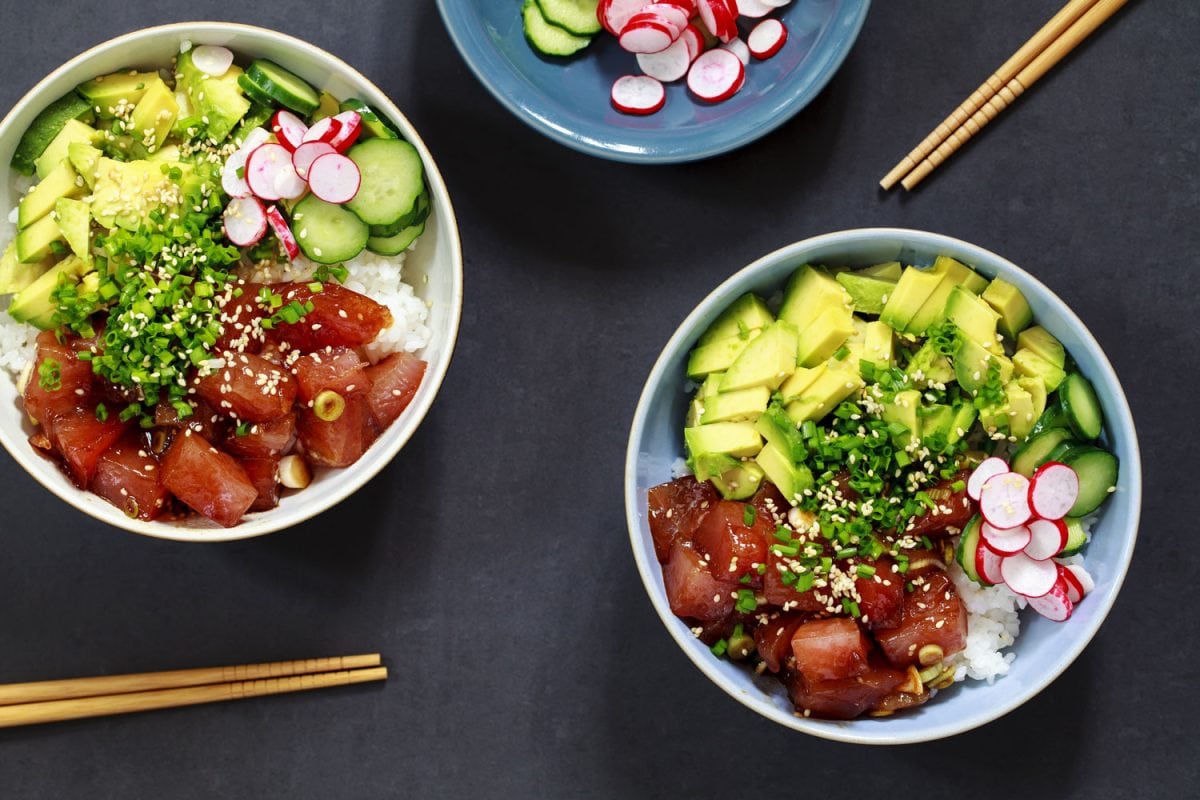 Once you eat expired poke, the main concern would be the fish you ate. At this point, you will likely get food poisoning. But, with fish, you get a specific kind.

The illnesses you get from fish are ciguatera or scombroid poisoning. If you get ciguatera poisoning, you'll show the following symptoms:

There are instances where you will have a metallic taste lingering in your mouth. In addition, you may also feel as if you're teeth are getting loose. Lastly, you will also experience a bit of disorientation.

You won't be able to tell the difference between hot and cold. It's a rare type of food poisoning. If your poke bowl contains farm-raised salmon, it's possible to get this illness.

Otherwise, ciguatera poisoning is not a concern for open-ocean fish like tuna.

You'll likely get scombroid poisoning if you consume expired fish like salmon or tuna. It acts similarly to an allergic reaction.

So, once you ingest the expired fish, you'll experience symptoms within 20 to 30 minutes.

Some of the symptoms you'll face are:

As you can see, the symptoms are similar to an allergic reaction. Therefore, don't mix the two up. It doesn't mean you're allergic to a specific fish.

When dealing with raw animal flesh, you don't want to mess around. It can spoil quickly. And, if you consume it when it's spoiled, your day isn't going to go well. Always play it safe.

How Should You Store Poke?

If you need to refrigerate the poke bowl for another day, it's essential to do it correctly. It will depend on where you got the poke bowl. Homemade poke is easier to take care of.

As long as you didn't mix the raw fish with the other ingredients, you can store the fish in the freezer to make it last longer. Store it in a resealable freezer bag to prevent freezer burn.

If you have store-bought poke, you will need to make the container airtight. There are two options to consider. You can maximize the shelf-life by wrapping the container with plastic wrap or aluminum foil.

Otherwise, transfer it to an airtight container. Preserving the fish for longer than three days usually requires a freezer. As long as you wrap it well, you can store raw fish in the freezer for two to three months.

What Can You Do With Leftover Poke?

Ordering or preparing too much of a dish usually results in leftovers. What can you do? If you have leftover poke, you don't have to keep it raw. Assuming you left it in the fridge for only a day or two, you can cook it.

You can cook the fish throughout as a simple way to revitalize the dish. Otherwise, you can try out recipes that involve leftover poke.

If you'd like to try out one, here are the ingredients you'll need:

Once you have the ingredients, you can mix them up in a wok or a small frying pan. You'll want to start by adding sesame oil, butter, and minced garlic to the pan. Then, throw in the poke and shoyu sauce.

Add the rest of the ingredients gradually. Once all sides of the poke are seared, it's ready to eat. You don't have to suffer from eating day-old raw fish!

Is Poke The Same As Sushi? 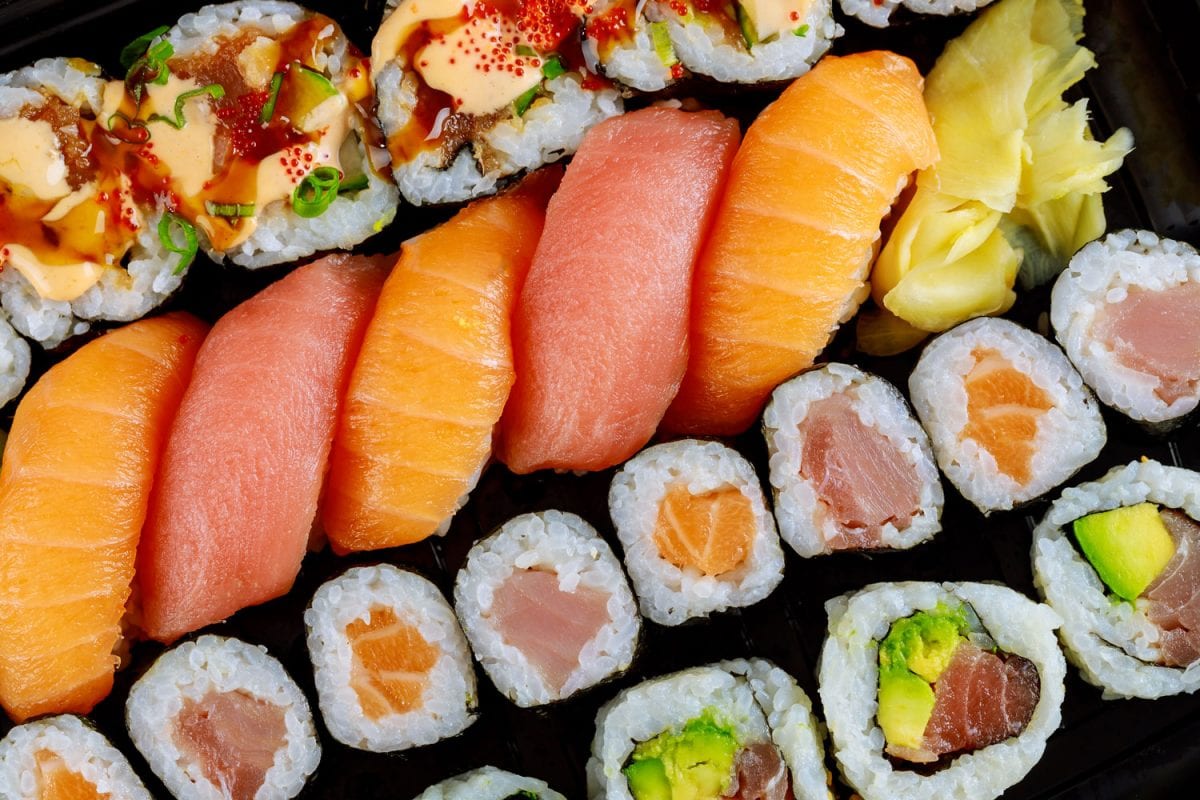 Looking at a poke bowl can give you a sense of deja vu. Just look at the ingredients. It contains raw fish and rice. Isn't this sushi without the assembly?

No, you can't confuse poke and sushi. Although both dishes use similar ingredients, they come from different parts of the world. For starters, poke is a traditional Hawaiian dish.

On the other hand, sushi originates in Japan. There are similarities between the two because Japanese food influenced Hawaiian food. In general, sushi dishes try to keep it simple.

Poke bowls tend to have more ingredients. In any case, they're both delicious in their own way!

Is It Healthy To Eat Poke Every Day? 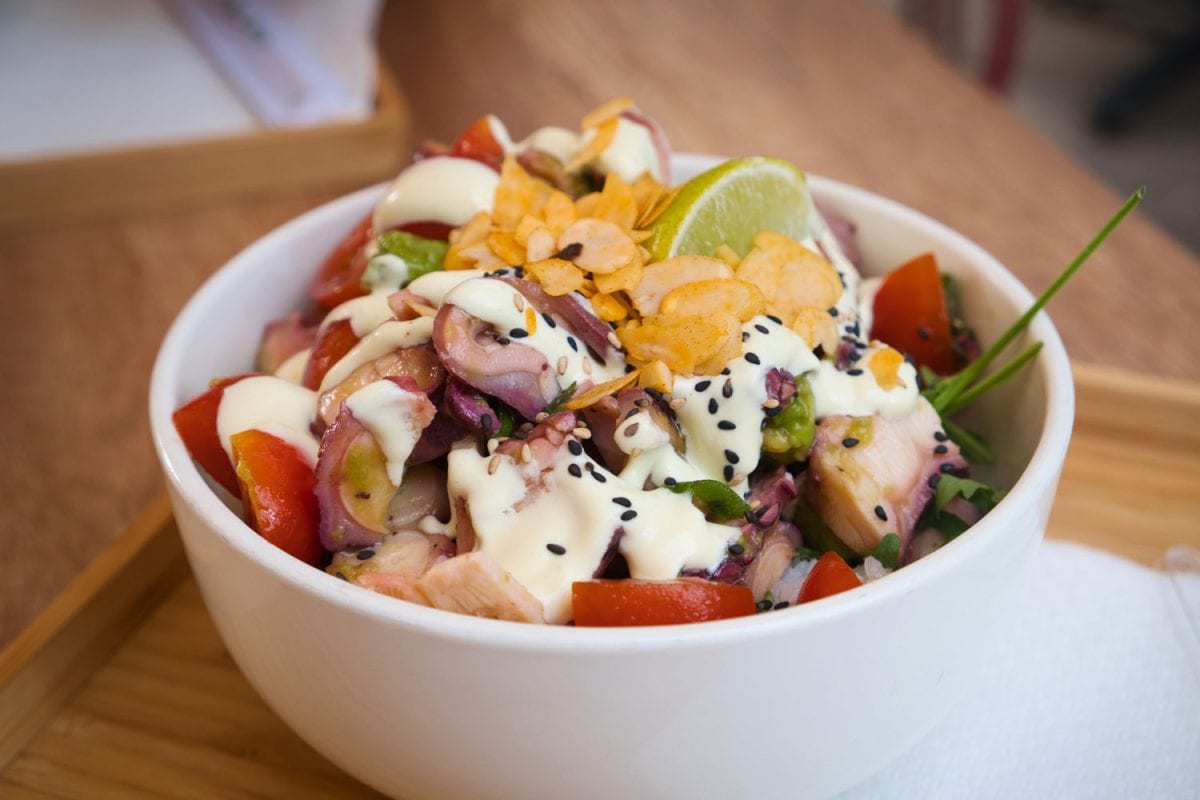 Poke has many ingredients that anyone would consider healthy. It contains fish, vegetables, and rice generally. Therefore, it would be safe to assume that it's healthy. Right?

Although it contains many healthy ingredients, the condiments and oils should be worrying. Generally, it is safe to eat in moderation. But, keep an eye on the amount of soy sauce and fats the dish uses.

Poke dishes using excessive sesame oil and condiments can be high in sodium and calories. Looks can be deceiving. So, be careful not to consume too much of one thing. 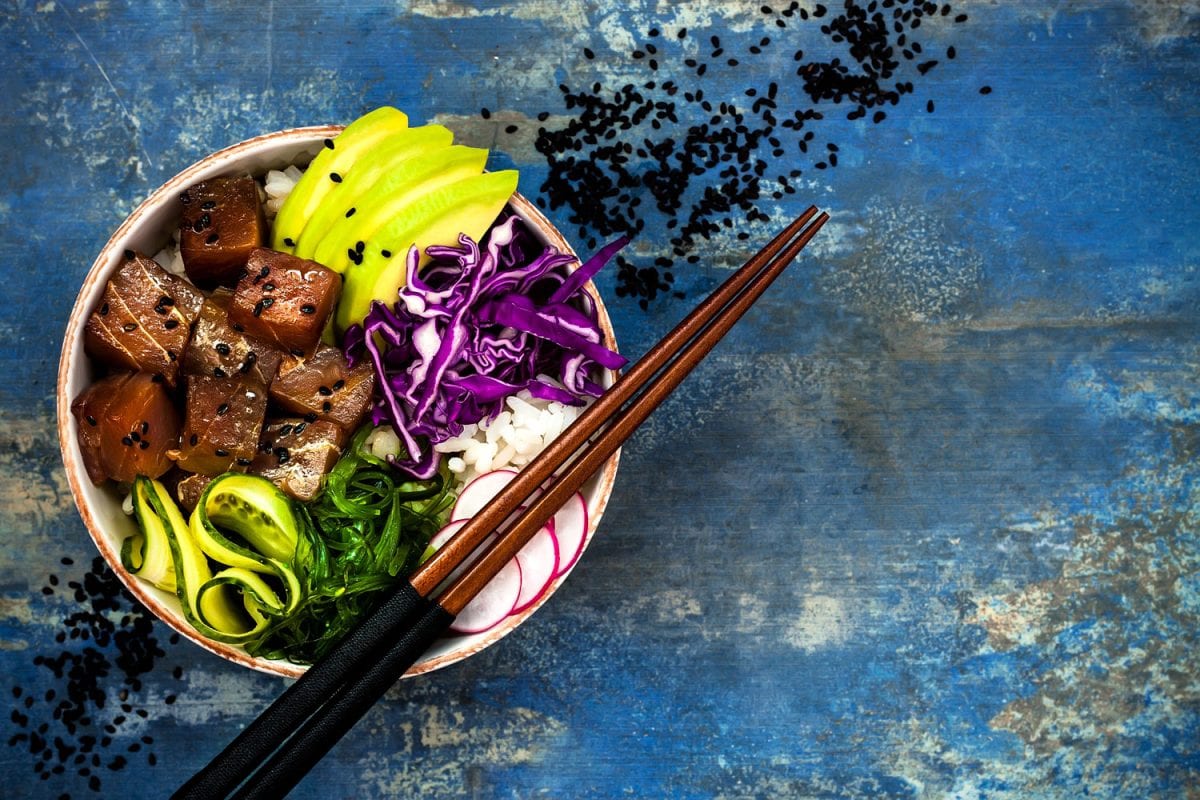 Saving food for another day can be worrying. If it contains raw fish, you wouldn't want it to spoil. As we've found out, poke can last two days in the fridge. After two days, it's up to you to determine if it's still edible. We hope you found the information above helpful!

Before you go, do you have other storage concerns? Are you planning to keep a frozen pizza in the fridge? If you'd like to learn how long it lasts, check out:

Can You Keep Frozen Pizza In The Fridge [And For How Long]?

Are you planning to leave your poke uncovered? That can be a bad idea. To learn more, check out:

Does Food Dry Out When Left Uncovered In The Fridge?

How To Make Granola Bars Stick Together – Even Without Sugar!

How To Clean A Kitchen Sink Drain And Stopper