Onion's mellow cousin, leeks are a member of the allium family that doesn't get as much attention as onions and garlic. If you are looking for some great recipes and easy methods to cook with leeks, we've got you covered! We've put together some of the top techniques to help you savor this oft-overlooked allium.

Leeks can be used much like onions in a number of recipes. However, leeks are milder and can also be served on their own when sauteed, braised, or boiled. You'll find these great recipes below:

In this article, you'll learn more about each of these dishes and find links to recipes as well as helpful videos to help you make the most of this tasty vegetable. Read on to learn all about it and consider the leek! 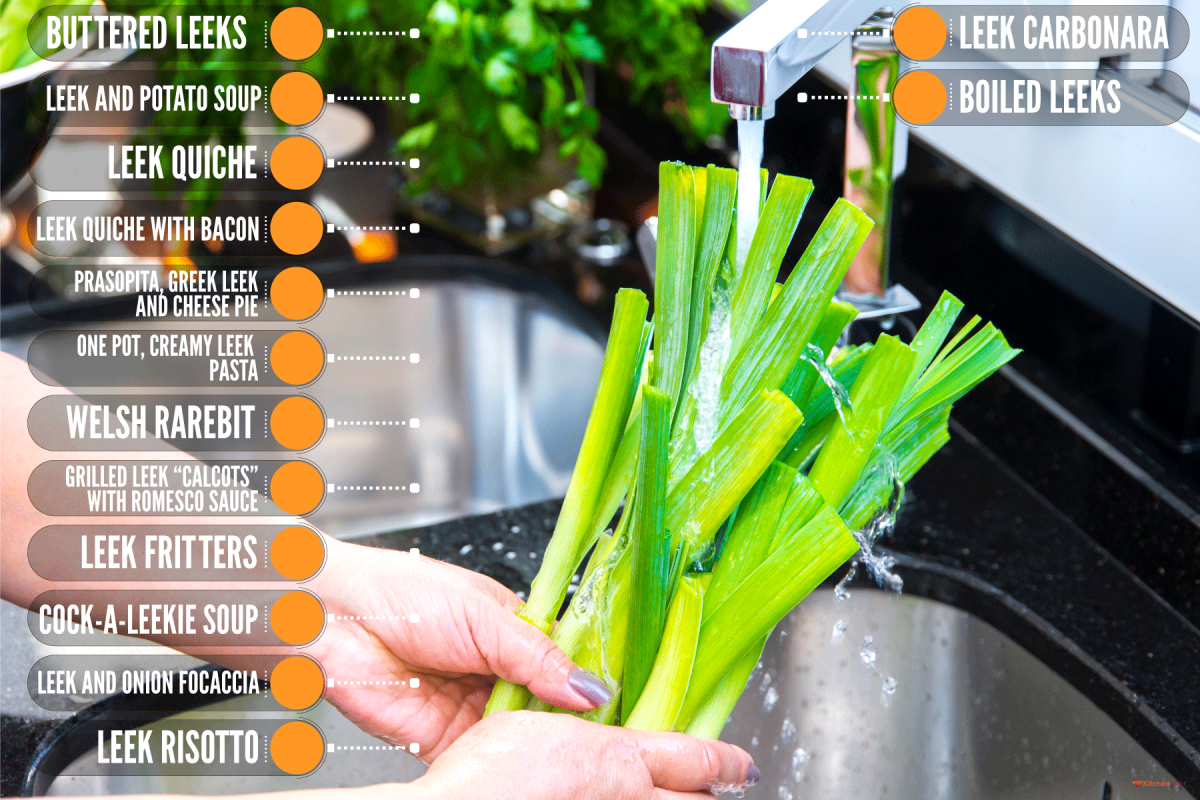 This recipe from The Spruce Eats couldn't be any simpler! It requires just three ingredients: leeks, butter, and salt. The leeks are simply cooked in a pan with butter until they are nice and tender. Although this can take 30 to 40 minutes, most of it is hands-off time.

Cooking leeks this way lets you really appreciate their distinct flavor. You can serve this as a side dish with fish or meat, on slices of toasted bread, or with potatoes (such as mashed potatoes or baked potatoes). 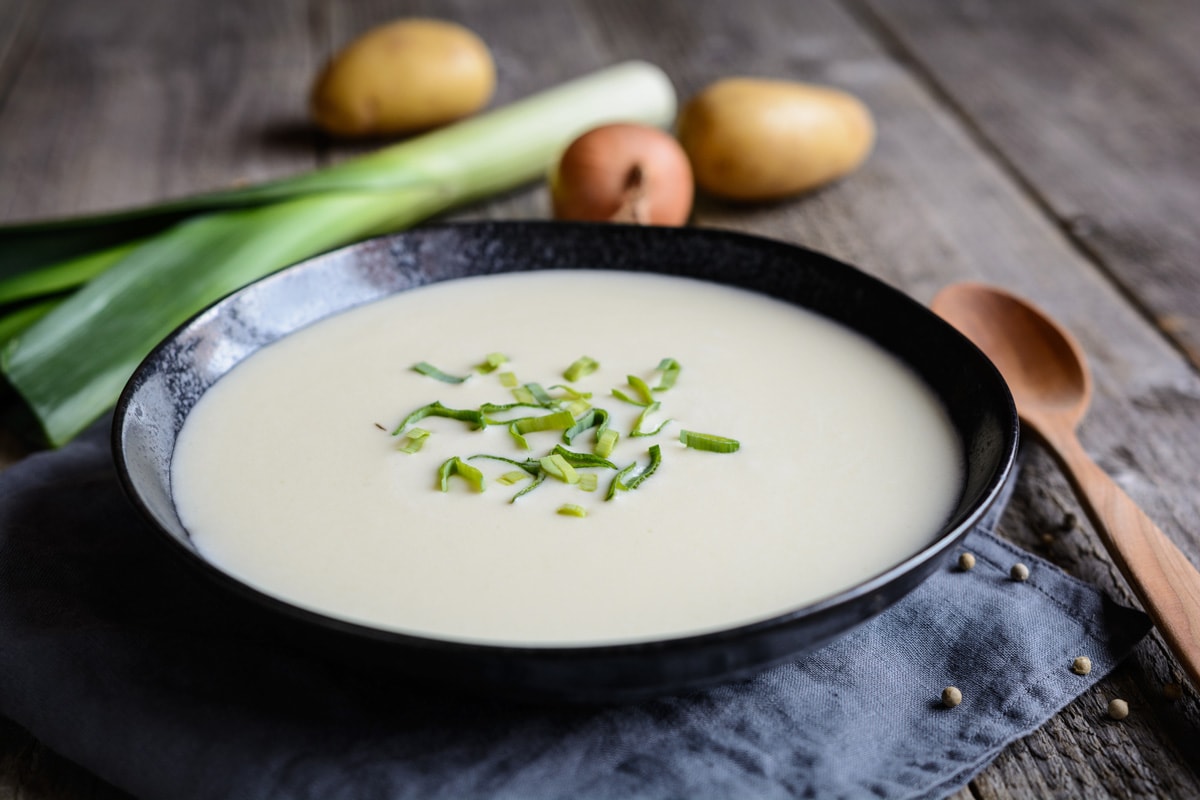 Also known as potage Parmentier, this classic French soup features the flavor of leeks prominently. Potatoes and cream make this a thick but silky soup that can be served hot or cold. The name vichyssoise refers to cold leek and potato soup. Check out this recipe from Julia Child over at The Culinary Travel Guide.

If you made the buttered leeks recipe above, you can also use leftovers in this savory soup!

Another French classic, quiche is a staple of fancy brunches (along with some mimosas). While varieties like quiche Lorraine are better known, a simple leek quiche is a traditional choice. This recipe, from The New York Times, keeps it simple. Leeks are lightly sauteed in butter and a touch of garlic and paired with gruyere in the custardy base.

It is fact universally acknowledged that a dish in possession of leeks must be in want of bacon. We've got you covered. While leek quiche is fantastic on its own, the addition of bacon takes it to another level. Check out this recipe from Food and Wine for a leek quiche that will keep all the bacon lovers coming back for more. 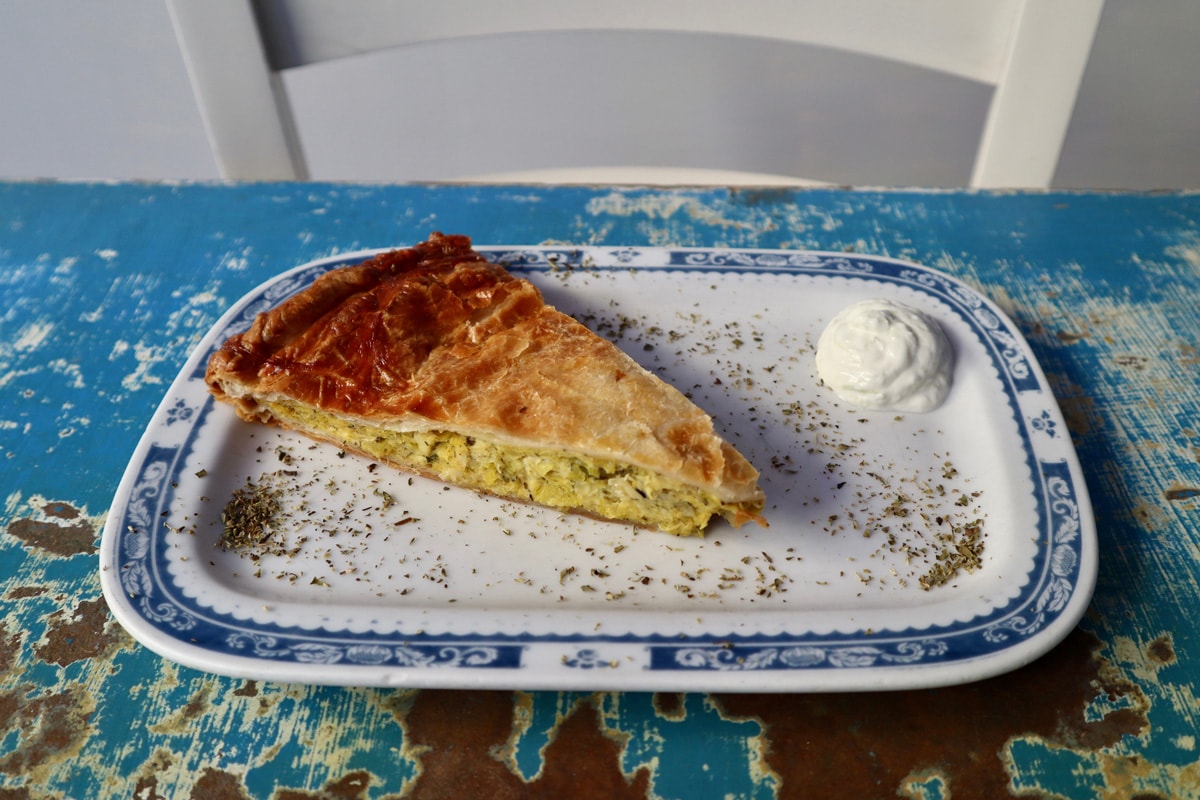 The French aren't the only ones who love leeks. You can find great leek dishes all over the world, including Greece. Prasopita is a traditional Greek pie with a flaky phyllo crust and a savory filling made with leeks and two kinds of cheese.

With store-bought phyllo, it's a synch to whip up this recipe from My Greek Dish and take a culinary trip to the Mediterranean in your own kitchen.

Pasta is a great weeknight meal because of how easy it is to cook. But what if it could be even easier? With this one-pot recipe from Food and Wine, you can have a satisfying pasta flavored with leeks, cream, and parmesan, in just 30 minutes. Even better, you'll only have one pot to clean up afterward!

A popular dish in the UK, Welsh rarebit (often pronounced, confusingly to the uninitiated, as "rabbit") is something like an open-faced grilled cheese. You can make rarebit without leeks, but it's a popular ingredient, such as in this recipe from The Spruce Eats.

Leeks are cooked in butter, then flour, milk, and cheese are added to make a thick sauce. Spoon the sauce onto toasted slices of ciabatta or another quality bread, then brown the cheese under the broiler. This dish is comfort food at its finest. 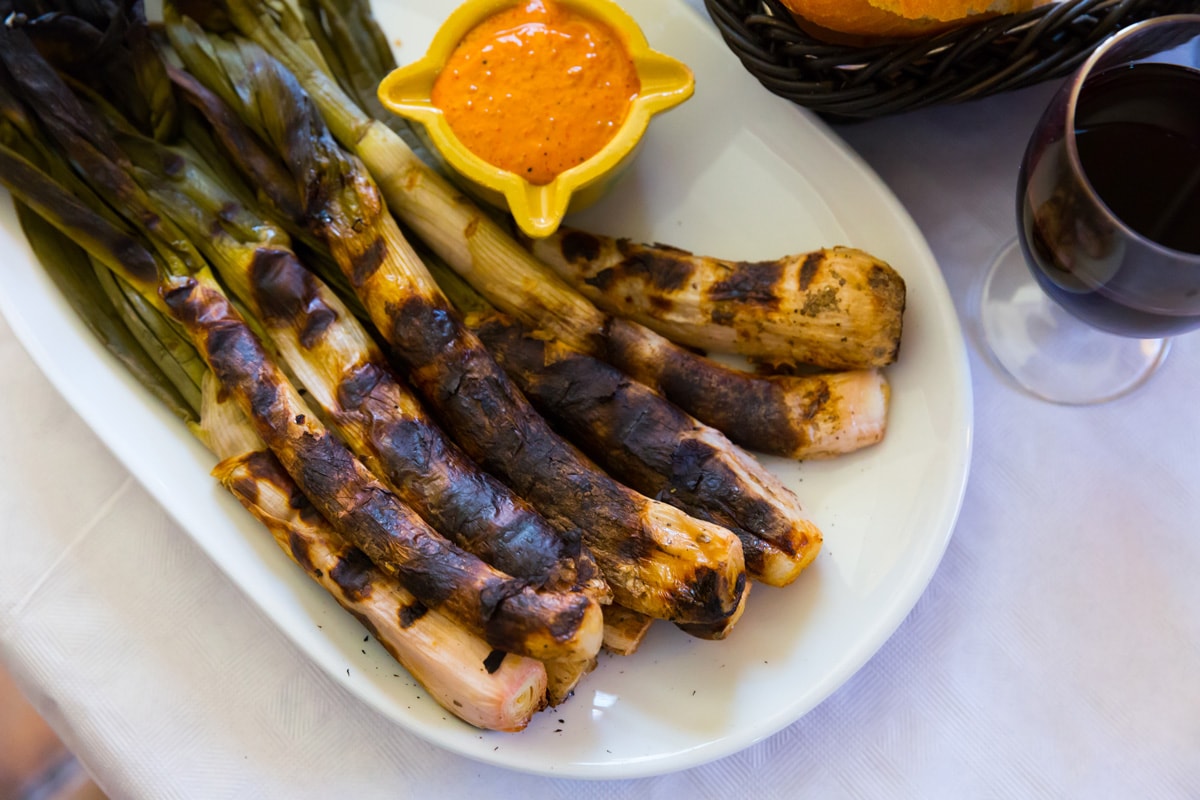 Catalonia, in the Northeast corner of Spain, has a tradition with a vegetable known as calçots. At the end of winter, towns will have festivals and people will throw parties known as calçotadas where they grill these leek-like vegetables until charred, then eat huge plates of them with a special sauce.

While it's hard to find calçots outside of Spain, you can recreate this dish with leeks for a similar effect. Simply char the outer layer of leeks on the grill or under the broiler, let them steam and cool, then peel off the burnt layer and enjoy with some romesco!

You can find romesco at many stores these days, but you can also make your own if you feel ambitious. This recipe, from The New York Times, will give you instructions for both charring your leeks and making your own romesco! 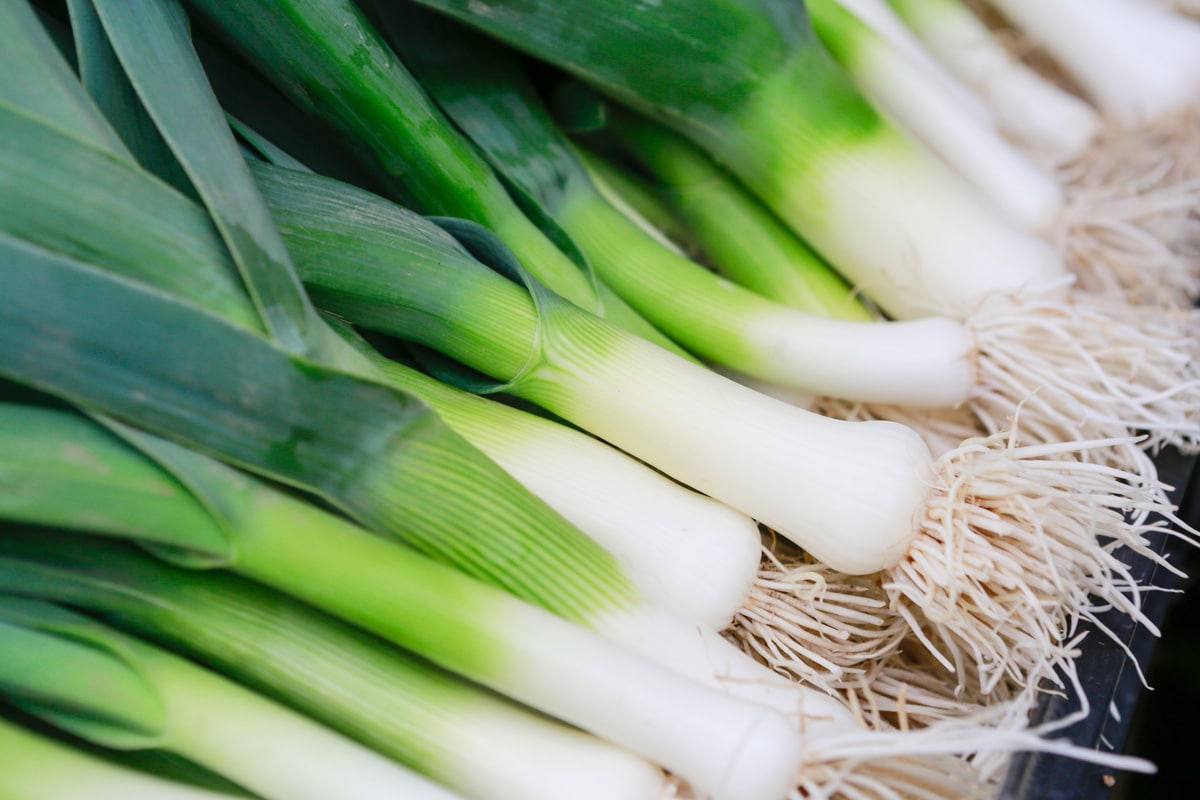 You can learn more about this dish and the tradition that accompanies it in the video below from Catalan News:

The mellow allium taste of leeks works great in fritters, where onion or garlic might pack too big a punch. This recipe for Greek-style leek fritters comes from Mediterranean Living. Simply mix thinly-sliced leeks with the other ingredients, then fry them in a pan with some olive oil, and drain them!

These fritters are a great side dish for a hearty meal but they can also be served with a salad for a light lunch.

From the Mediterranean, we head up back to the UK and Scotland in particular for this amusingly-named soup. The name comes from the two most prominent ingredients: chicken and leek. A more surprising ingredient would be the prunes that are cooked in the stock to add some sweetness and color.

Like many soups, this dish doesn't require a lot of hands-on time or any special techniques. What it does take, though, is time. On the bright side, the soup will give off a great aroma as it cooks.

Check out this recipe from Chef John and see his technique in the video below:

Many home cooks are intimidated by bread, which is understandable. Artesanal loaves can require skill and several techniques to master. However, focaccia is one of the more forgiving styles of bread you can make at home. This recipe for focaccia with leeks from Martha Stewart is a great way to practice breadmaking and enjoy leeks!

The classic carbonara calls for guanciale, a cured pork product similar to bacon. This recipe from Jamie Oliver, however, omits the meat and creates a rich base with leeks, garlic, olive oil, and butter instead. This departure may displease Italian traditionalists, but the taste is sure to satisfy.

See for yourself how to whip up this tasty, veggie carbonara in the video below:

While we're taking on leeky versions of Italian classics, why not do a risotto? Risotto is made by cooking short-grain rice in stock and stirring it to create a starchy sauce. This recipe from Food52 does just that, but with a couple of brilliant additions.

First, this recipe calls for leeks along with the traditional shallots. This is going to give some depth and mellow sweetness to the risotto. This recipe also features an addition of heavy whipping cream that has been whipped to soft peaks. The result is a risotto that you would swear was whipped up by a professional chef.

We've seen a lot of great recipes that feature leeks, but let's get back to the basics with what may be the simplest preparation: boiled leeks. To boil leeks, you simply remove the roots and the tough green leaves, then remove the outermost leaf. Rinse the leeks and throw them into salted, boiling water for 15 to 20 minutes.

Once the leeks are cooked, carefully remove them and let them dry. The leeks will be very tender at this stage, so use a gentle touch. Now the leeks are ready to serve with your preferred sauce! 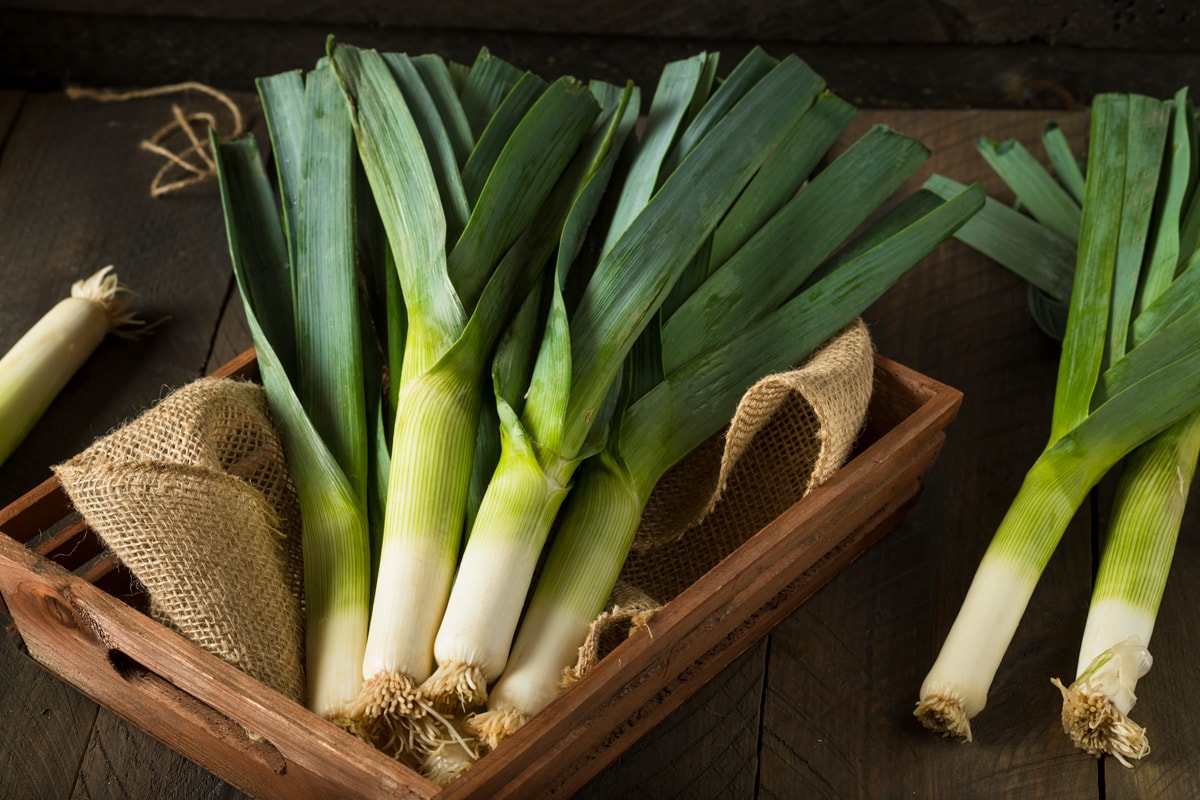 This preparation really lets you appreciate the leek itself. To see how it's done as well as a couple of great sauce pairings, check out the video below from The French Cooking Academy: 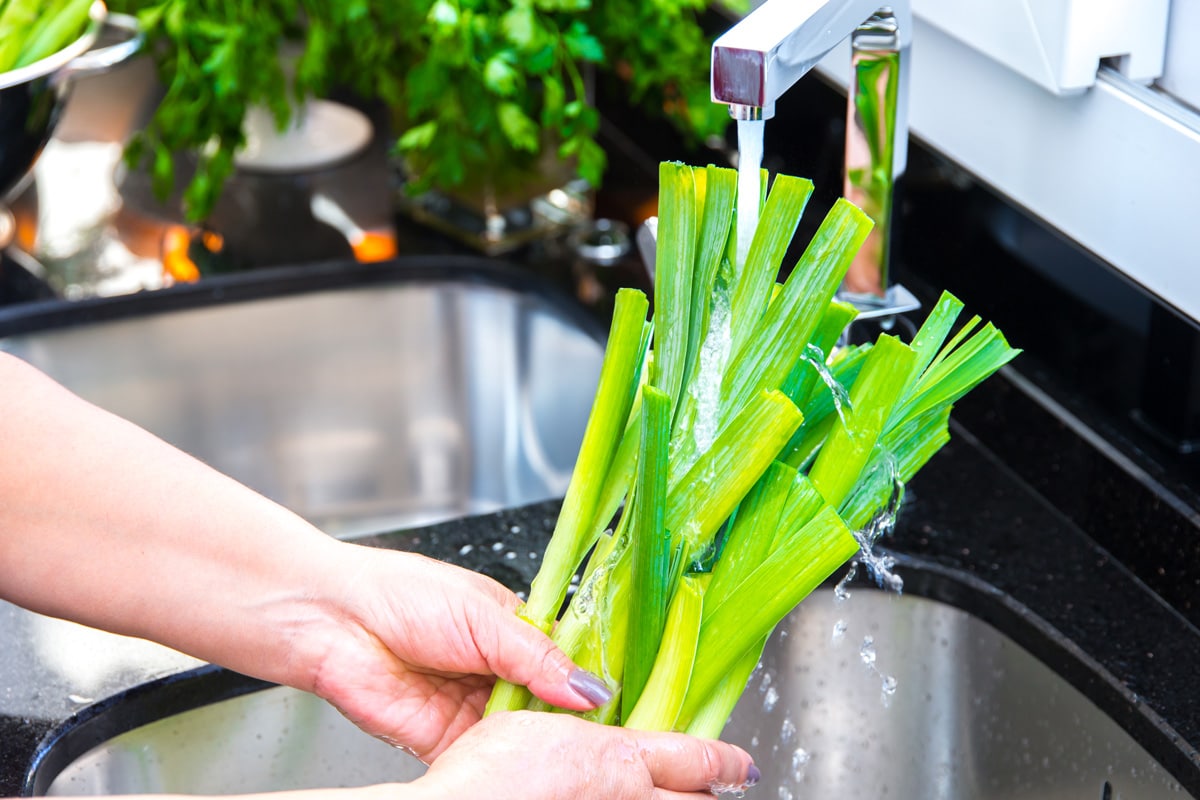 Leeks might not be as widely used as onions or garlic, but they can be just as, if not more, versatile. They can add sweetness and umami to pasta, soup, and other great dishes, but they can also make a great side dish all on their own.

We hope that you have expanded your arsenal of leek recipes so that you can prepare and serve this tasty vegetable with confidence!

If you enjoyed this article, check out these great posts:

What Knife is Best for Cutting Onions?

Can You Put Vegetables In A Meat Grinder?

How To Freeze Granny Smith Apples

Can You Keep Fruit In The Pantry? [How To Properly Do So]