Figuring out how to use your kitchen appliances can be complicated without some help. Do you have an ice maker but don't know when or if it will turn off automatically? We have done plenty of research to find you some answers.

An ice maker will typically turn off automatically once it senses its bucket is full. Most modern ice makers will also turn back on once the ice bucket falls below a certain weight or amount, so that is something to be aware of. That said, not all ice makers have these features, but the majority of newer ones will.

As we begin, we will cover all things ice makers and tag some helpful related products. Whether you have an ice maker in your fridge or a freestanding appliance, we've got you covered. With that said, let's jump right into this topic! 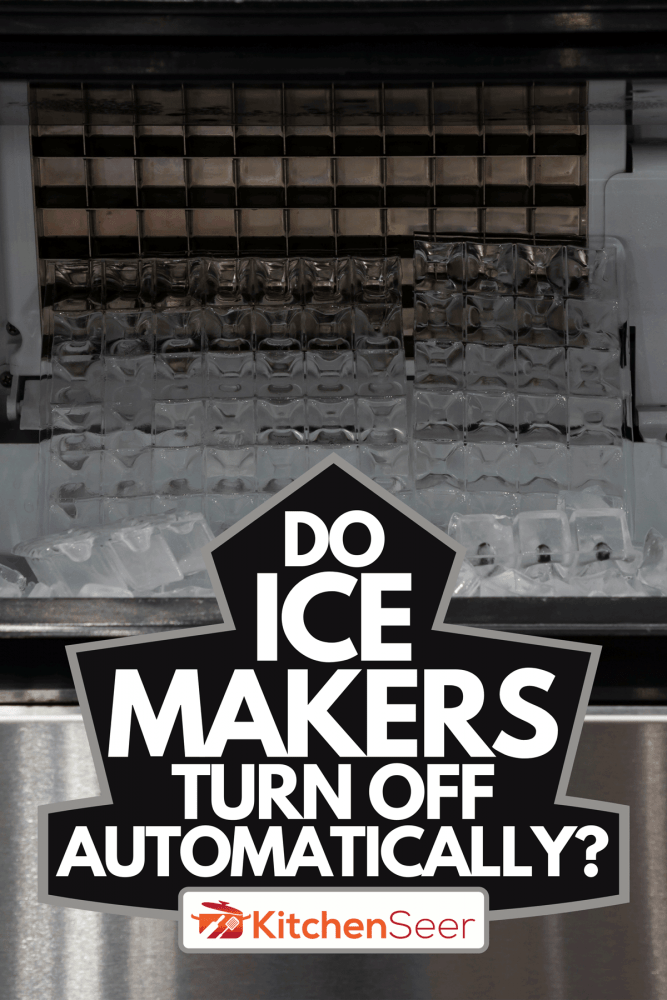 How Do Ice Makers Know When To Stop?

Generally, ice makers have built-in sensors that tell them when to turn off or stop making ice. These sensors monitor the amount of ice/weight in your machine's bucket and know when to stop ice from being made automatically.

For example, Samsung ice makers feature either optical sensors or a mechanical arm in their appliances that will automatically turn your machine off once they reach their maximum weight or ice amount. 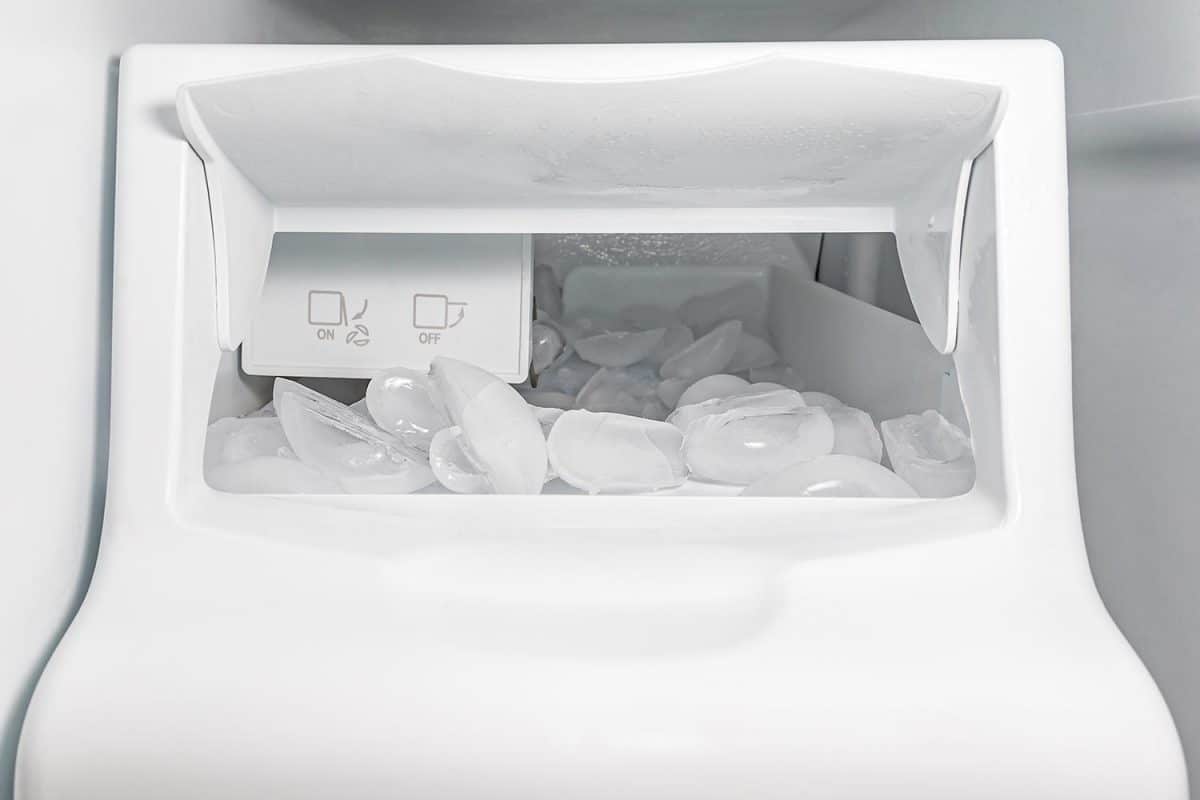 Typically, older ice makers will have a lever or arm to pull up/down to start and stop ice making. That said, if your ice maker is only a few years old or your refrigerator is somewhat modern, it should have some automatic detecting system for overflow.

Of course, this is as easy as checking the inside of your ice maker for a pull-down lever or going onto the manufacturer's website and searching your appliance's features.

How Often Should An Ice Maker Drop Ice?

Usually, you can expect a refrigerator's ice maker to produce eight to ten cubes every 90 minutes. You should see about triple this amount for commercial-grade ice makers, depending on what setting you have them on.

Cycle-wise, a standard refrigerator's ice maker should have close to 16 cycles per day, producing around 130 cubes every 24 hours. That said, commercial-grade ice makers will usually fill their buckets within eight to 12 hours, but this varies.

How Much Ice Does An Ice Maker Hold?

An ice maker will generally hold between four and 11 pounds of ice in its tray/bucket. Bigger, restaurant-style ice makers will hold closer to 30 pounds of ice, so there is a sizable difference between a refrigerator and a freestanding appliance's capacity.

Adding on to that, a standard ice maker will also produce around three to seven pounds of ice within 24 hours or until it automatically turns off.

Why Is My Ice Maker Making Too Much Ice? 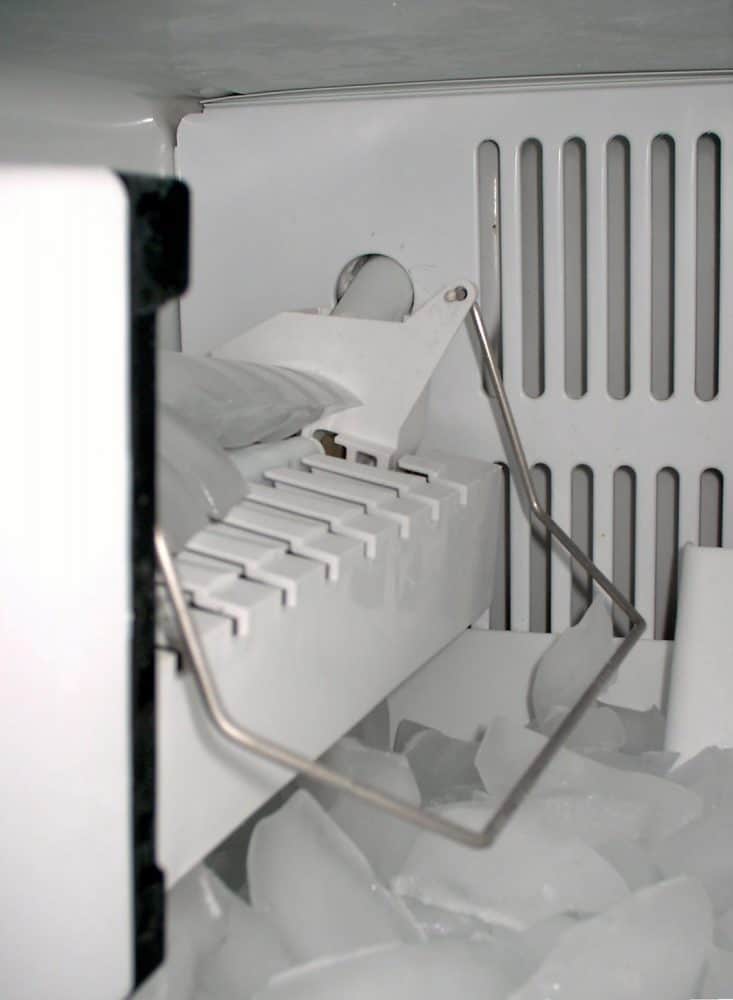 If your ice maker is making too much ice, this could be due to several reasons. First, make sure your ice tray/bucket is directly under your ice maker, so its sensors or mechanical arm know when your machine is full.

Another reason this might be happening is that your ice maker's arm or lever is broken, which will require replacement or repair. If your ice maker has built-in sensors, we recommend resetting your appliance and contacting the manufacturer if issues continue.

How Do I Adjust The Ice Maker To Make Less Ice?

Although most ice makers don't allow significant setting changes, you can usually adjust their water-fill amounts. To do this, locate the water adjustment screw on your ice maker (usually on the side) and turn it clockwise.

Doing this will decrease the amount of water going into your machine, which should help prevent overflow. With that said, make sure not to turn your ice maker's water-fill screw too far because that can damage your machine.

Can You Speed Up An Ice Maker?

For anyone using more ice than their machine produces, try turning down your freezer's temperature by a few degrees. From what we found, lowering the temperature in your freezer by three to five degrees can help speed up ice making and get your tray filled quicker.

Essentially, the colder your ice makers tray is, the better it will make ice, so try not to open and close your freezer too often.

Why Is My Ice Maker So Slow?

Although there are various reasons your ice maker is slow to produce cubes, temperature and your machine's water line are usually the culprits. Like we mentioned above, keeping your ice maker as cold as possible is an easy way to get it working more efficiently.

Another reason your ice maker is taking forever to make ice could be that its water line has a clog or is damaged, which can be tricky to fix on your own. If you suspect your ice maker has a water line-related problem, we recommend reaching out to a professional rather than taking anything apart by yourself.

Do All Refrigerators Have Ice Makers? 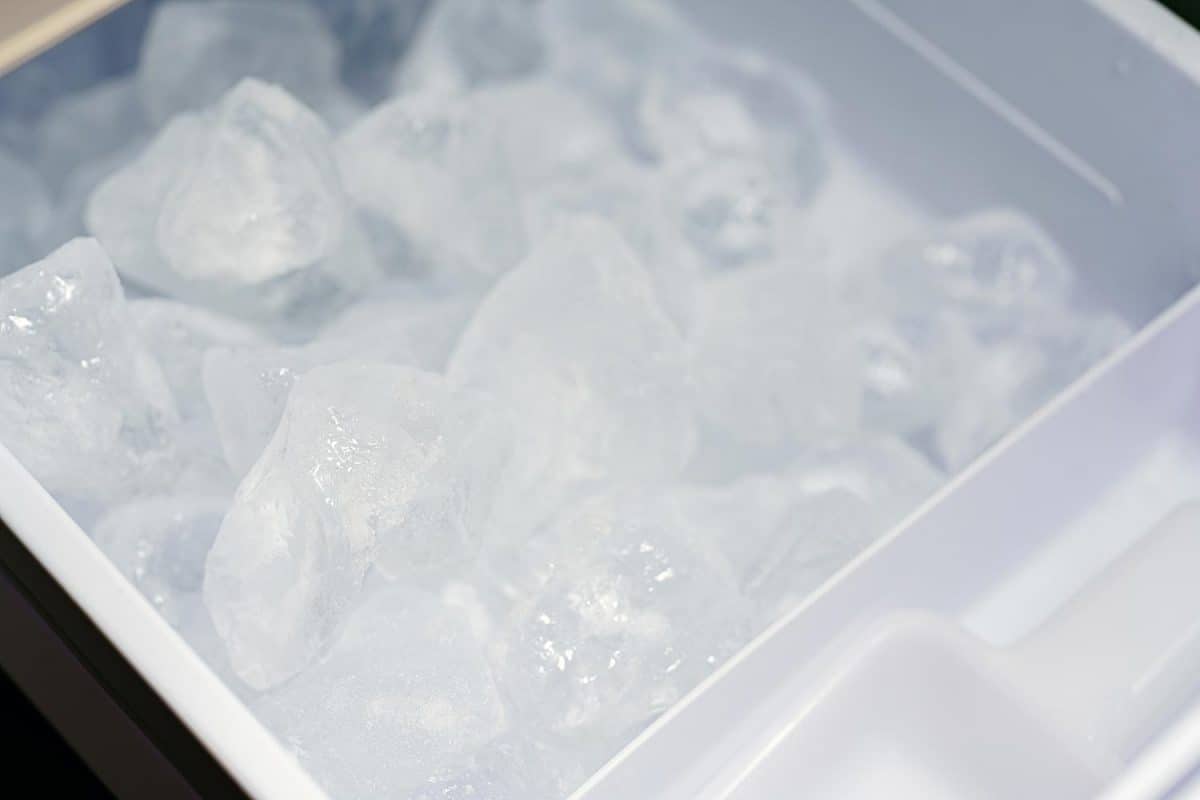 That said, some refrigerator models, like French door options, don't always include an ice maker, so make sure to check for that specification while shopping.

According to the Appliance Assistant, refrigerators with ice makers tend to need more frequent repair than those without. When it comes to how long they last, this depends on the brand, but there isn't substantial evidence of appliances without ice makers lasting longer than those with them.

We also found refrigerators with bottom freezers tend to have more issues with ice makers than those with top freezers, so that is something to think about.

Who Makes The Best Ice Maker?

When it comes to the best ice maker brand, we would recommend Aglucky or Magic Chef. According to a list compiled by Food&Wine, both of these brands come out on top for overall quality and ice-making ability.

Between the two, we would say Aglucky's countertop ice maker is the fastest option while Magic Chef's option costs a bit less and is rated more user-friendly.

This countertop ice maker produces nine cubes every six to eight minutes, is portable, quiet, and alerts you when it needs more water and is full.

Check out this ice maker on Amazon here.

This portable ice maker produces ice in around seven to ten minutes, has two cube size settings, holds up to 27 pounds of ice, and comes in a few colors.

How Long Do Ice Makers Last?

In general, you can expect an ice maker to last around four to five years, depending on how much you use it. Most commercial-use ice makers will come with a warranty of some kind, while many at-home ice makers only have a one-year replacement period.

For ice makers in the fridge, these typically last between three and ten years, but this varies. Regardless, we recommend finding an ice maker with at least a three-year warranty or replacement promise.

Should I Turn Off My Ice Maker While On Vacation? 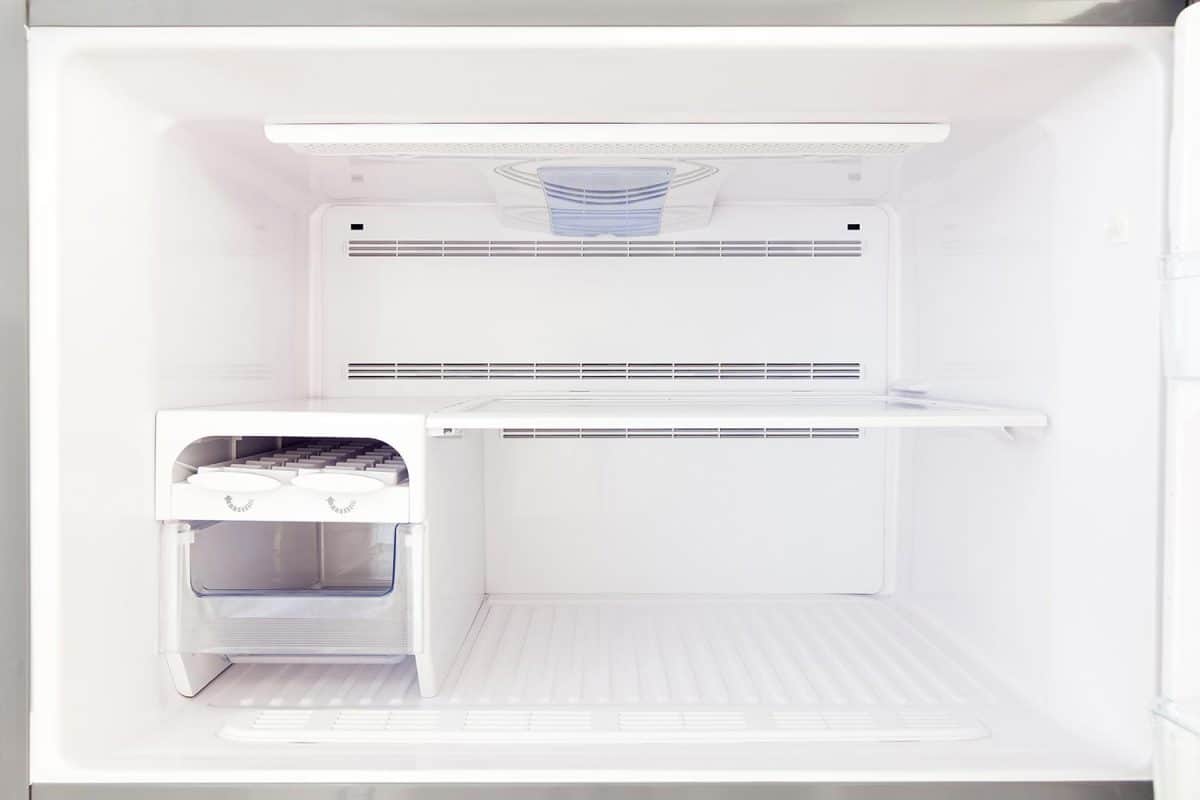 We think this is a good idea when it comes to turning off your ice maker while you're vacationing. Whether your ice maker is in the fridge or freestanding, turning it off while you aren't home is a good way to prevent overflow and potential problems.

If your ice maker is a plug-in option, you are OK to unplug it while you are away. For those with an ice maker in the refrigerator, turn it off and shut off its water supply until you get back.

Figuring out how to use an ice maker can be tricky without some help. From what we found, most newer ice makers will turn off automatically, either by sensors or a mechanical arm/lever.

When it comes to ice production, a typical ice maker produces around 130 cubes every 24 hours. Of course, this depends on what brand ice maker you have and its power settings, but you see around nine new cubes per hour. Regardless, remember to check your ice maker's water line every so often, and don't be afraid to contact its manufacturer with any questions you may have.

At What Temperature Should An Ice Maker Be On?

Should The Ice Maker Lever Be Up Or Down?

How Big Is An Ice Maker Machine?

How To Secure A Dishwasher To The Cabinet