Whether you're making crusted sourdough or an Instagramable charcuterie board, you're going to want decadent, melted brie cheese to pair with it. Choosing to microwave or bake the cheese may be a tough decision, but this article will break it down from what we've learned about warming brie cheese. Get ready to read a very cheesy report.

To microwave brie or not to microwave - that is the question. Yes, you can microwave brie cheese! While it may not be the preferred method for all recipes, there is nothing wrong with sticking it in the microwave.

So, when is it appropriate to use the microwave? How long should it be in there? What about defrosting cheese? Don't fret, we've got these answers and more - keep reading!

First, what are you going to do with the brie? This will help narrow down the best preparation method. If you are looking to make authentic baked brie, don't look away just yet! Several sources have concluded that baked brie can be accomplished in a microwave. Other forms of preparing brie, such as eating it with pears and apples,may require it to be refrigerated, which we will explore later on.

When preparing to microwave brie, it is best to score it. This means creating deep slashes across the top of the cheese, often in a crosshatch pattern. You can also make a cute star shape; it's all up to you. Scoring the cheese will prevent the brie from exploding in your microwave because air will escape.

To learn about the various knives used in preparing cheese, click here.

Microwaves are all built differently. Depending on the brand, size, and age of your microwave, the wattage will vary. It may be hard to gauge how long it will take for the brie to melt. As a result, take the following information with a grain of salt.

Most sources suggest the brie should be melted within 60 to 90 seconds, using a setting for either medium and high heat. Again, you know your microwave best, so adjust this to your needs. If the brie looks like it is bubbling up or creating an air bubble, turn the heat off. That is where the scoring comes in to help. Simply leave the brie in the microwave without any heat. This will let the residual heat finish melting the cheese without risking an explosion of cheese.

Unlike some cheeses that may take years to age, brie is typically only aged for five or six weeks. Brie is relatively easy to make at home. It is currently illegal to import brie into several countries, including America. This is because certain cheeses carry parasites. While brie is more related to fungus than any parasite, it is still not allowed to be imported.

If you're looking to start making cheese at home, check out this cheese-making kit on Amazon.

All cheese has a moisture content. The more moisture it has, the softer the cheese will be. Some examples of cheese with a higher content are brie, mozzarella, and young cheddar. This means low moisture cheeses will be denser, such as parmesan. Mozzarella is often offered as low moisture for pizza because fresh mozzarella can sometimes make the dish too soggy.

Brie has a higher lactose content than other cheeses, such as parmesan or swiss. So for those who are lactose sensitive, this may not be the dairy item to binge on.

Should Brie Be Served Warm Or Cold? 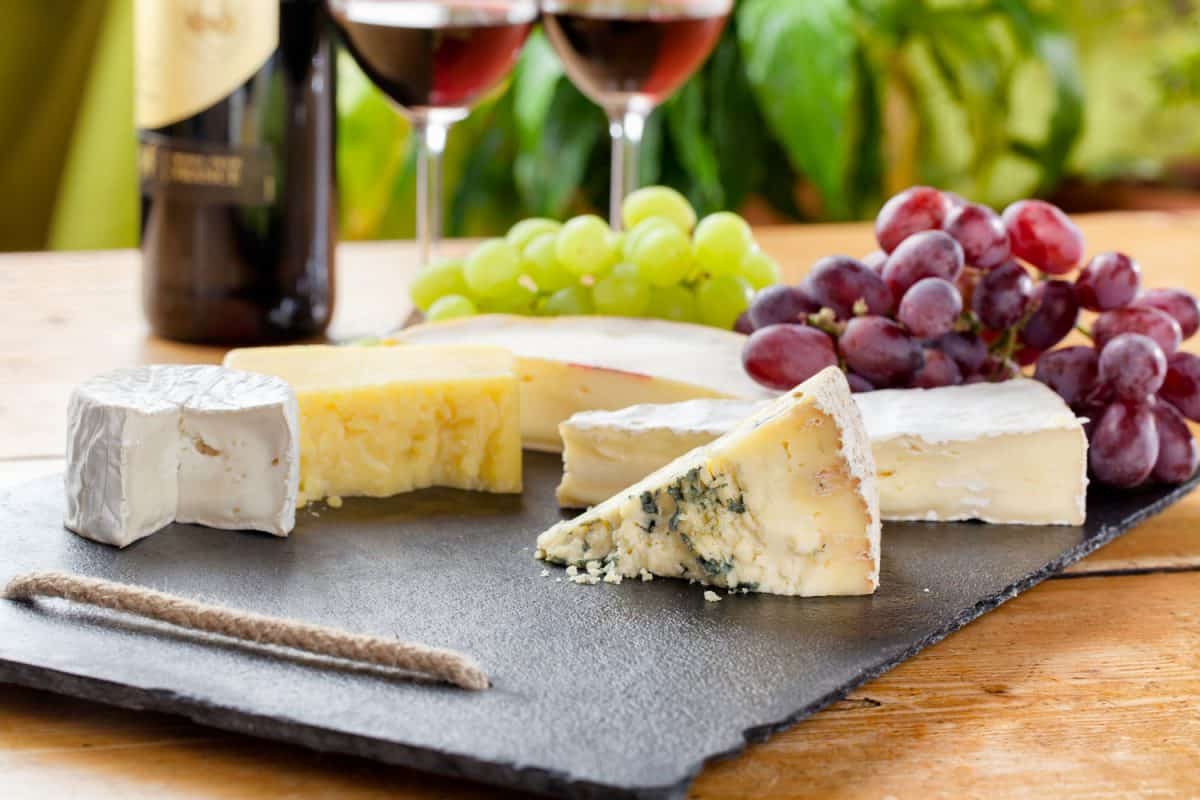 Both the taste and texture of brie change when served warm versus cold. When cold, brie cheese can taste rubbery instead of creamy. It is recommended to take the cheese out of the refrigerator roughly an hour before serving it. This allows the texture to become more relaxed and smooth.

Brie is rarely eaten cold and instead should be eaten at room temperature. This can include pairing it with other cheeses or fresh fruits. Many people find themselves making a charcuterie board with room temperature brie, dates, grapes, crusty bread, and even wine. If you are struggling to put together a board based around the brie, check out this article that explains what to serve on a cheeseboard.

Click here to see a charcuterie board on Amazon.

How Do You Warm Up Brie Cheese?

Baked brie is the most popular form of warm brie. The history of eating baked brie cheese has gone all the way back to the middle ages. The key ideas to remember when microwaving brie are as follows:

Brie, one of the softest cheeses, melts very easily. No surprise there! While the rind is completely edible, the cheese does melt considerably faster when the rind is removed. In the oven, brie will melt in 25 minutes. Most microwaves will have brie melted in under two minutes.

In comparison, cheddar, gouda, fontina, colby, and blue cheeses all have low melting points. Halloumi has the highest temperature point, which is why it has been noted to be easy to grill with.

Cheeses that are curdled with acid, such as ricotta, will never melt. These crumbly cheeses have heat-resistant proteins.

While we mentioned the rind of brie is edible, that does not mean it is very popular. Eating the rind is popular in France, but perhaps not as much elsewhere. The rind is made of penicillium candidum, which is a type of fungus. Despite mold allergies, it is completely safe for people to eat the outside of brie.

So, if the rind is edible, why do many people leave it on their plate? The rind of aged cheese is particularly strong, much more potent than the melted brie inside. In fact, heating the cheese will enhance the flavor of the rind even further.

Can You Overcook Brie?

Yes, you can overcook brie. This can happen when left in the oven or microwave for too long. Overcooked brie will actually reharden and become an inedible texture. For best results, microwave the cheese in 20 to 30-second increments.

When Does Brie Go Bad? 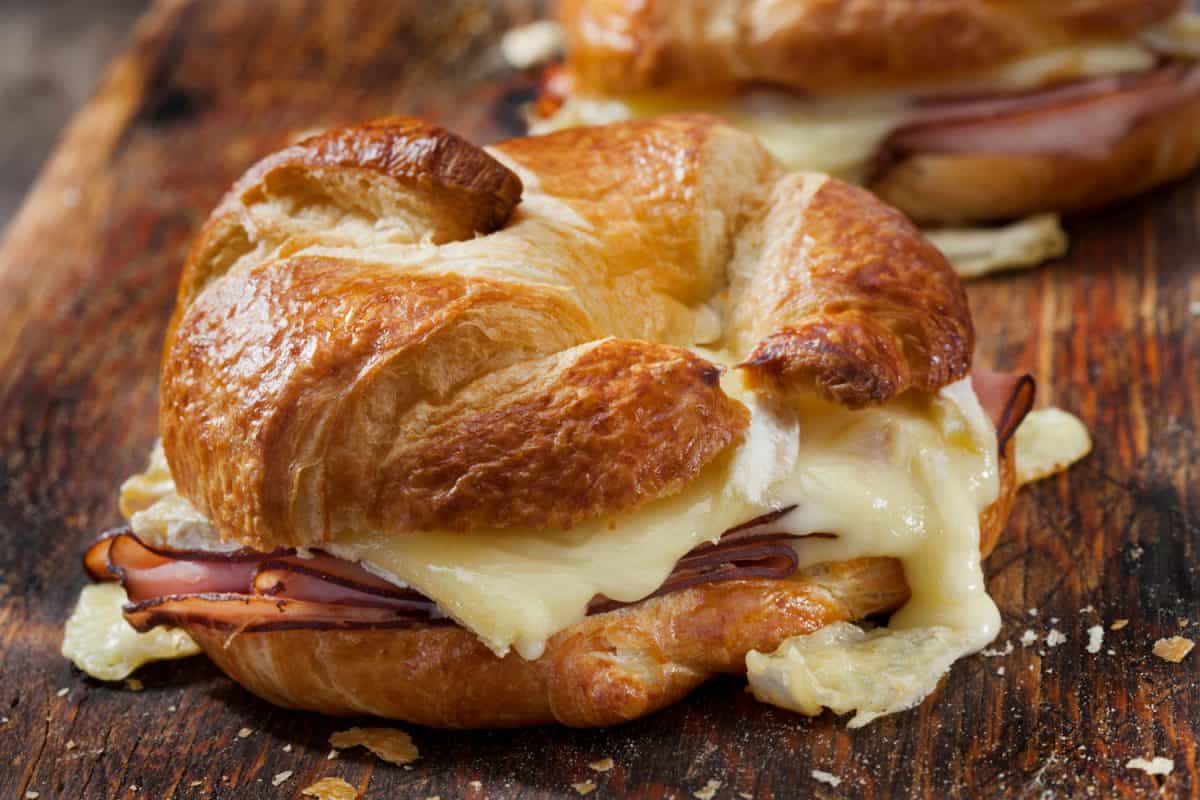 Overcooking is obviously not the only way brie goes bad. Brie cheese will expire earlier than other cheeses due to its high lactose content. Just two weeks after the package has been opened, the outside of the cheese will begin to harden. This is the first sign that you may want to toss it in the trash. However, if the package has not been opened, the cheese may be good up to a week after the printed date.

If you eat expired brie cheese, there is a possibility of food poisoning. Soft cheeses like brie and camembert are some of the higher risk foods for listeria food poisoning. Listeria monocytogenes love to breed in unpasteurized milk, meat, and seafood. There is also a high-risk rate for crops that are harvested from soil contaminated with this bacteria. If you suspect you have food poisoning, please seek medical care. 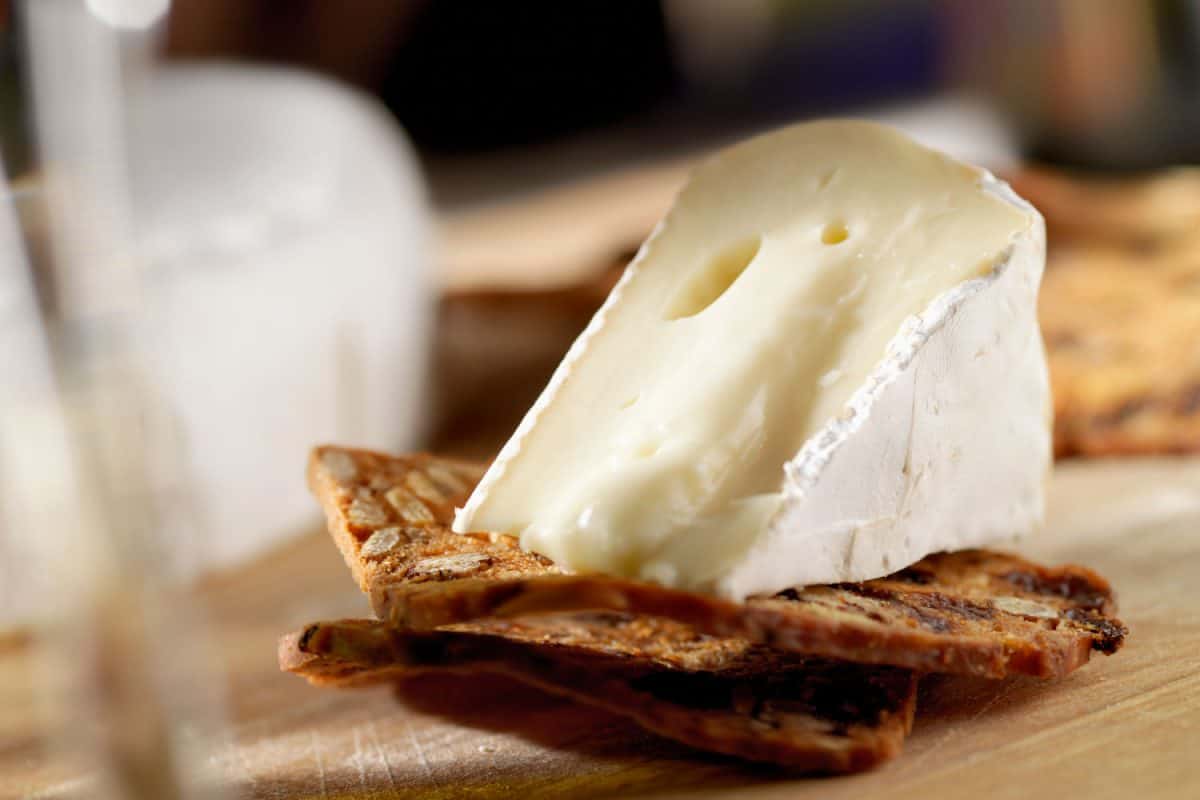 If you've learned anything from this article, it should be that microwaving brie is a-okay. There is no shame in taking the shortcut! Sure, you may want to bake that brie in a real oven if you're meeting the president of France - but otherwise, don't stress!

If you're shocked that brie was microwavable, check out this article about microwaving ziplock bags!

At What Temperature To Bake Ribs?

How To Cut Beef Bones At Home