When it comes to martinis, there are a few things you should know. Thinking about having a martini may have you wondering if you can make one without olives. Look no further. We have researched all about the reasoning behind adding olives to a martini as well as popular alternatives.

You absolutely can make a martini without olives. The two main alternatives people choose to include in their martini are a swath lemon or a cocktail onion. You can also use a different citrus fruit if that is what you prefer.

There are a lot more things to learn about martinis. If you would like to learn more about what you can put in a martini other than olives, why people even put olives in martinis in the first place, what a clean martini is, how to order a martini without olives, and more, keep reading this post. 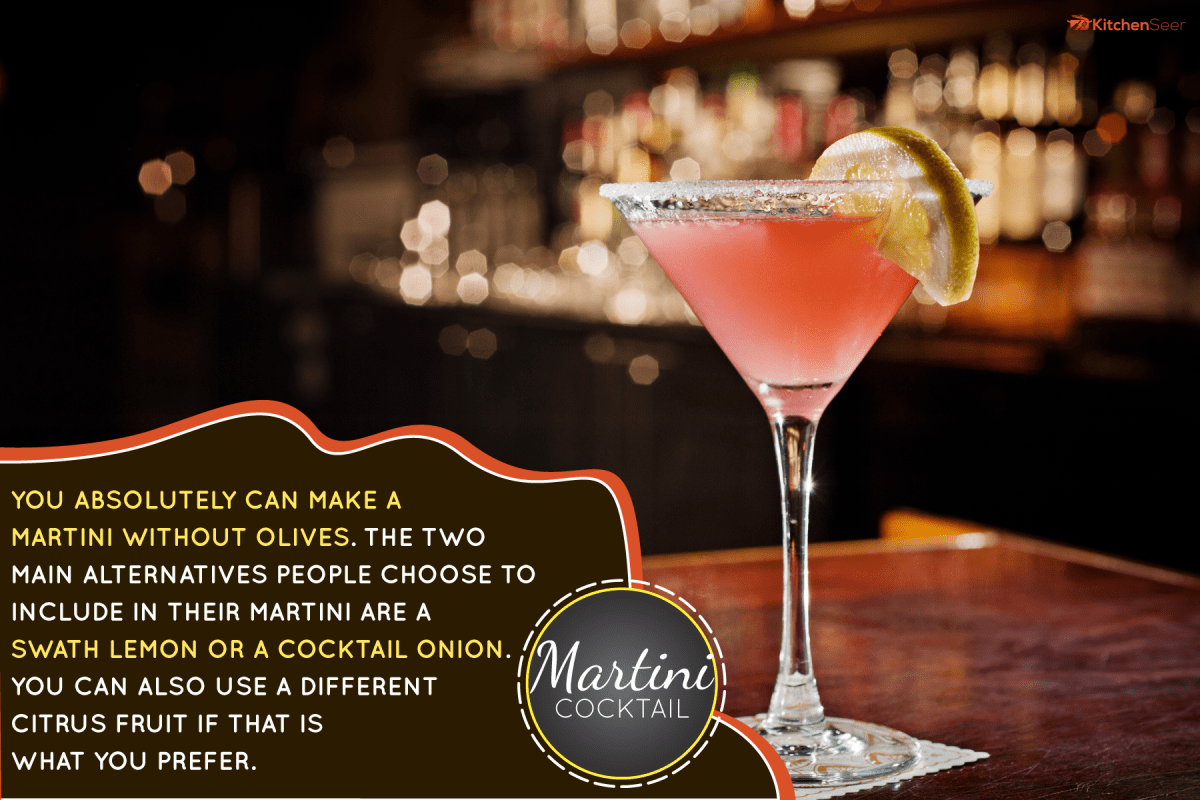 Do you need olives for a martini?

You do not necessarily need olives for a martini. Whether or not you need olives in your martini is based on personal preference. Some people like to chew an olive when they take a break from drinking their martini.

Some bartenders serve the olives loose in the martini, while others push them onto a toothpick and put the toothpick in the glass. The toothpick makes it so you do not have to stick your fingers into your martini to get your olives out. 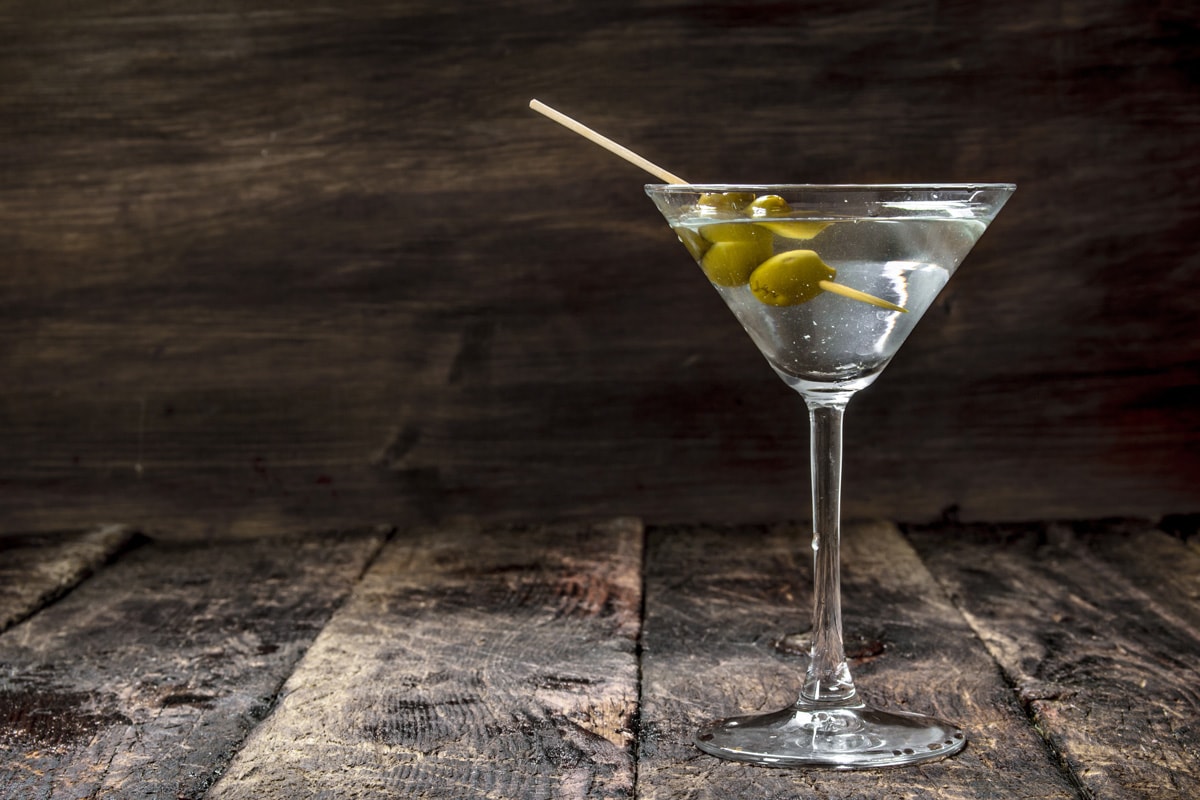 Generally, a martini is made with gin. That is the most common way you will see olives in a martini. You can specify how you would like your martini in more detail such as on the rocks, wet, dry, etc. We will discuss this in greater detail a little later in the post.

Why do they put olives in martinis?

Gin has a distinctly bold flavor. For a lot of people, olives go well with the gin. The reason people put olives in their martinis is that the flavor of the olive complements the gin and vermouth.

Cherries were actually used initially when the martini became well known in the 1860s and 1870s. It wasn't until the 1880s that the olive became more common. Orange bitters are also used in martinis sometimes these days.

If you would rather not have vermouth in your martini or less vermouth than normal, you can order your martini "extra dry." Some people prefer their martini to be colder, so they will request to have it "on the rocks."

Most people enjoy eating the olives in their martini. The key is to not fish for it though. Don't dig your finger around in your drink to get the olives. Wait until you can remove them easily, or if they are on a toothpick, you can just pull the whole toothpick.

What type of olives do you put in a martini?

Between the two types of olives used in a martini, Spanish queen olives are the most common choice. The other option for olives in your martini is Spanish manzanilla olives. There is a stigma around using an even number of olives, so you will always see one or three instead. 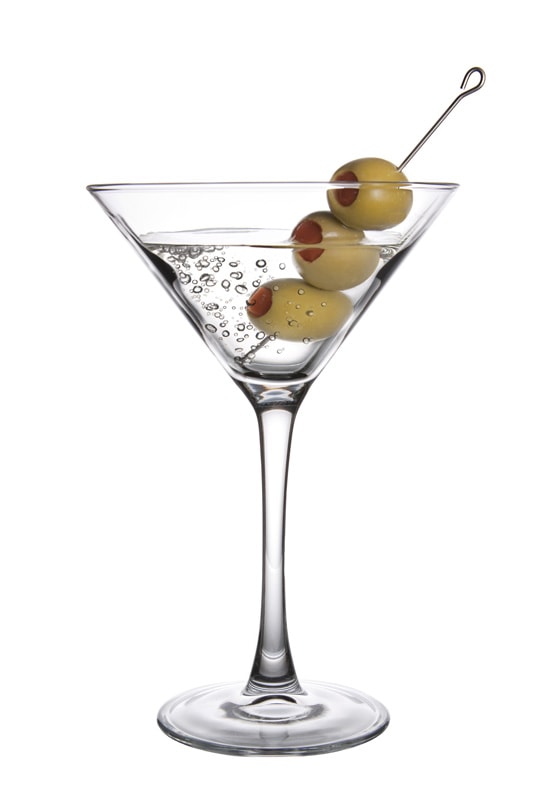 What can you put in a martini besides olives?

There are a couple of things that pair well with a martini for those of you who do not like olives. One option is to use a cocktail onion. This type of martini is called a Gibson. 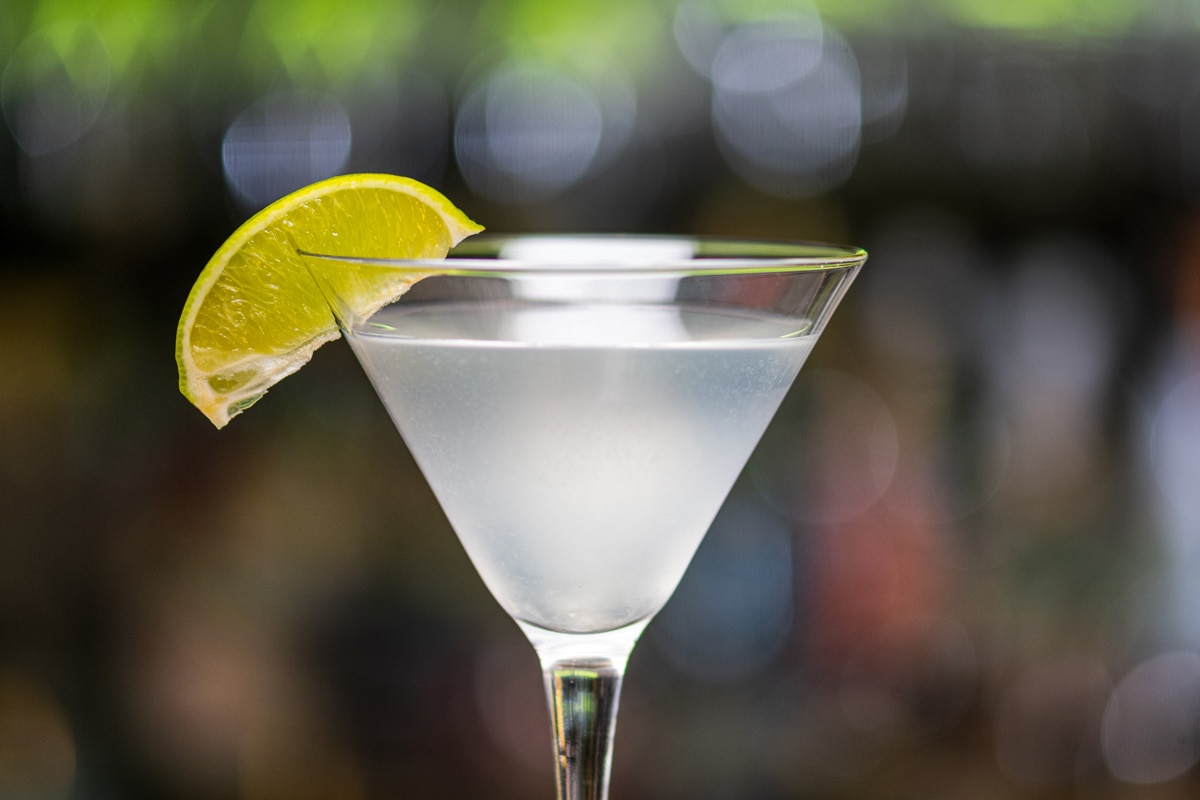 The other most popular options people choose to have in their martini other than an olive or onion is a swath of lemon zest.

What this means is a slice of lemon that has been twisted above the glass and then the peel is dropped right into the liquor. If lemon is not your favorite, you can request a different citrus option such as lime, grapefruit, or orange.

If you are just now starting out drinking martinis, be sure to order the smaller option if there is more than one. Some people do not like gin by itself, but they do enjoy it with vermouth, vodka, or even olive juice.

What is a clean martini?

This is a good question. Ordering a martini is not as simple as it sounds. A clean martini simply means it is a martini with no garnish. If you would prefer not to have a garnish in your martini, just simply order a clean martini.

Click here to see this set of martini glasses on Amazon.

How to order a martini without olives?

All you need to say when ordering a martini without olives is a clean martini or describe the way you want it and state "without olives." If you do not care for olives, there are other alternatives. In case you want something instead of olives, order a Gibson or a "twist."

A Gibson martini has a pearl onion, also known as a cocktail onion, in it. The Gibson can be made with gin or vodka, whichever you ask for. Usually, the onion is a crystal wax onion or a white Bermuda. It is said to enhance the flavor of the liquor in a martini.

Click here to see these unique martini glasses on Amazon.

There are a few ways to describe a martini. You can choose if your martini is shaken, stirred, wet, dry, or dirty. When a martini with ice in it is shaken, it gets diluted a bit and well mixed. The ice also causes the drink to cool faster.

Basically, when you order a martini to be "stirred," it means exactly what it sounds like. All of the ingredients are liquor so it needs to be stirred before you take a sip.

Does a Dirty Martini always have olives?

Most of the time, a dirty martini has olives in it. It totally depends on where you are. You can always ask your server or bartender what options they offer.

A dirty martini does not actually get its name from having olives in it. What characterizes a dirty martini is that it is made using olive brine or olive juice. Typically, this juice simply comes from the jar of cocktail olives being used at the time. 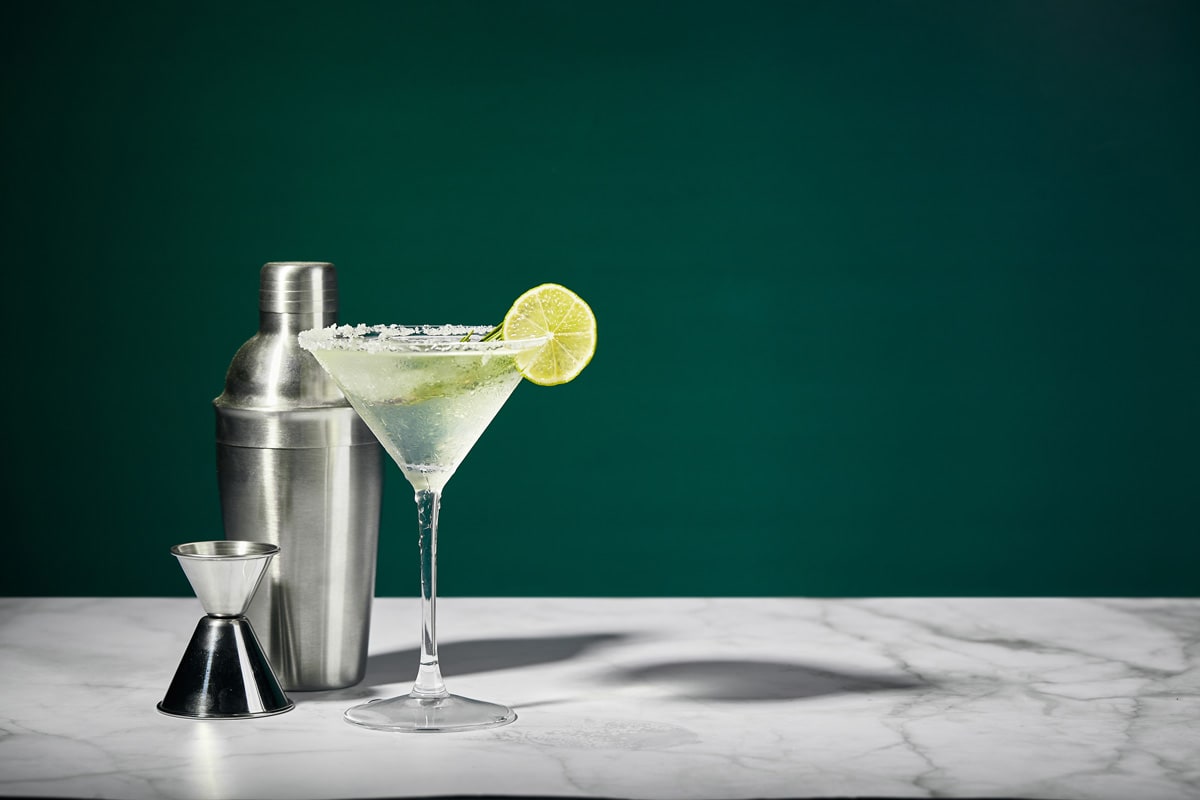 Some people like more olive brine than others. You will need to tell the person making your drink if you would prefer only a little bit of olive juice or if you prefer your martini extra dirty.

Click here to see these vermouth olives on Amazon.

If you prefer more olive brine in your martini than a dirty martini is usually made with, you can ask for one that is "filthy" or "extra dirty." A dry martini, on the other hand, is in reference to how much vermouth is in the martini. The drier, the less sweet it is.

Some people prefer vodka in their martini rather than gin. If this is how you want your martini, you will have to specify. This is referred to as a "vodka martini" and is often served with a lemon twist but can be served with an olive or two if that is what you request.

The Vesper martini is the one known from the James Bond movies. This type includes both gin and vodka. You will need to say you want both gin and vodka if that is your preference because most people choose one or the other.

Last but not least, there is a martini called the reverse martini. What this means is the ratio of vermouth or either vodka or gin is reversed. You have to truly like vermouth to drink your martini this way. 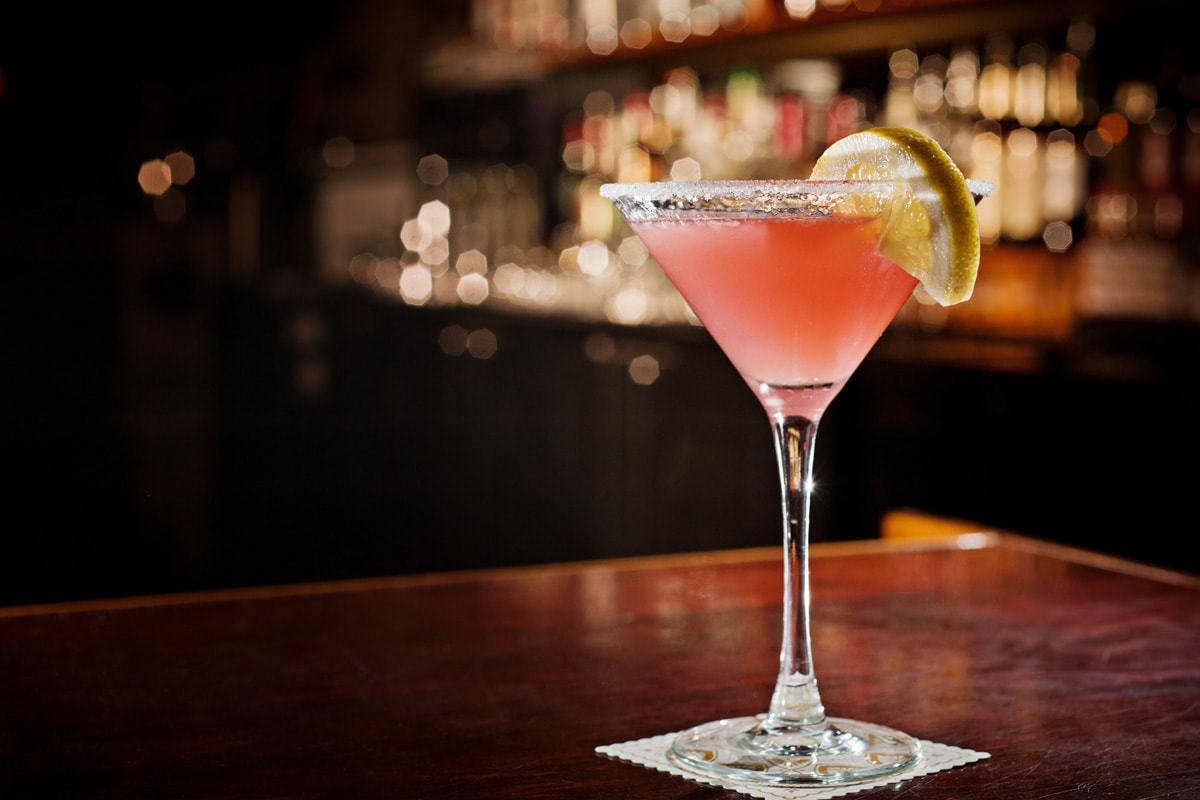 With all things considered, to answer your original question, you can order a martini without olives. You can either go with a Gibson, which includes a cocktail onion, or a "twist" which includes a twist of lemon. If neither of those piques your interest, perhaps you can go with a slice of lime, grapefruit, or orange.

Before you go, check out the following links that may interest you:

How Many Wine And Cocktail Glasses Should You Have?

What Is The Right Size For A Martini Glass?

How Big Are Cocktail Glasses?

Why Are My Snickerdoodles Flat? [And How To Prevent This]

How To Store Bread Dough Overnight [A Complete Guide]

How To Store Pineapple Upside Down Cake?