Drinking a martini is an epic old-time drink that adds to anyone's level of sophistication who drinks it. There is some question, however, around different aspects of the drink. One of these questions is about the glass size of a martini. So, what is the right size for a martini glass?

A martini glass should be able to hold about four ounces of liquid to be the right size. That is, if we are considering the right size of the glass to be what was used in the classic martini when they first became popular. Martinis were served in smaller glasses (around four ounces) in the past, making the classiness and sophistication level rise. The main reason martinis are still popular is that people want to achieve that level of sophistication with this classic drink; therefore, they aim to make it as similar to the original as possible.

Have you ever wanted to try making a martini at home? You may wonder what glass you should choose to serve your martini in? Or you may wonder how to make a martini? Or how many shots are included in a standard martini? Whatever your questions may be, we have all the information you need to create a tasty martini, the classic and timeless drink that it is. 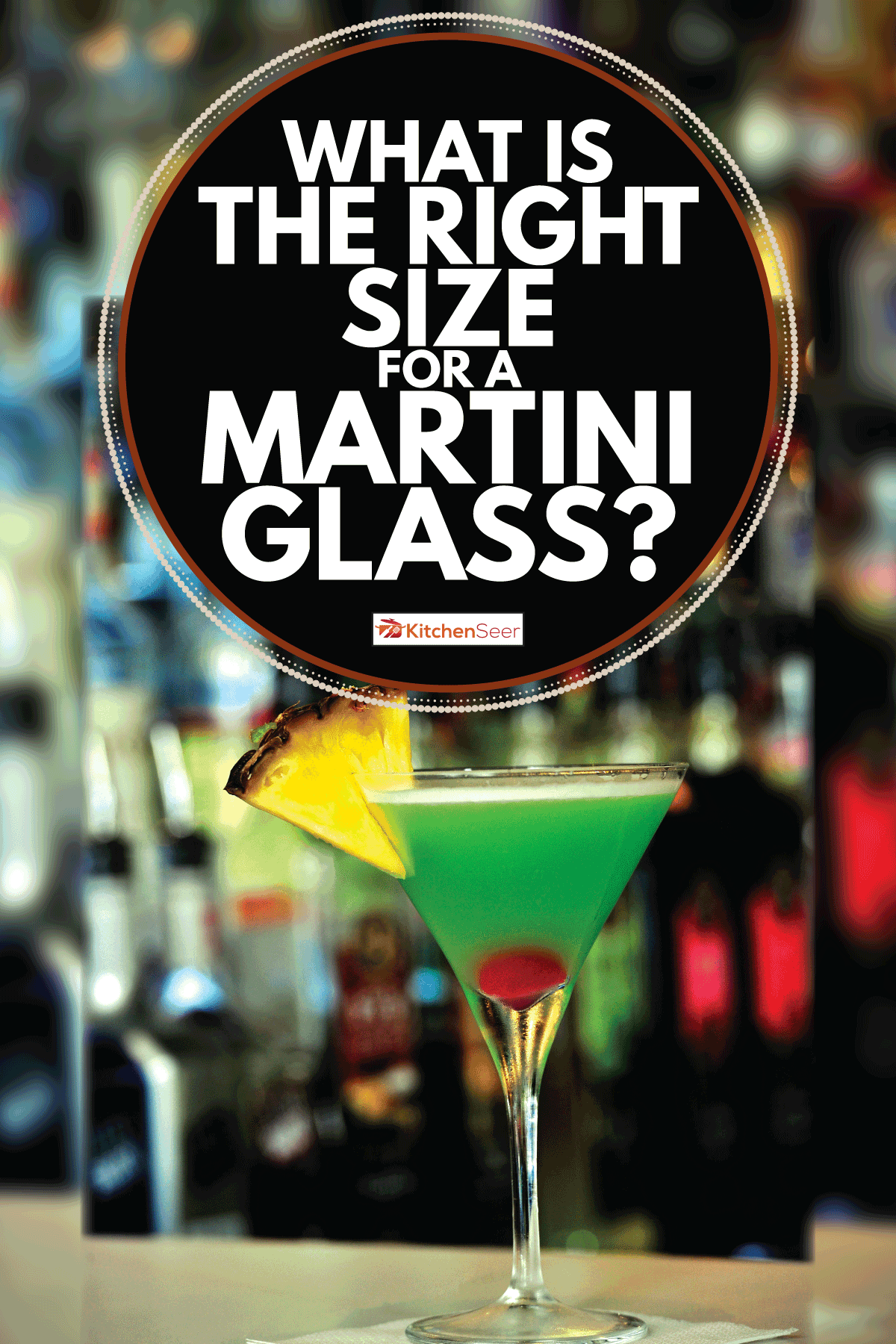 What Size Glass Should You Serve A Martini In?

The glass size is a very important aspect of creating a martini at home or finding a quality martini at a bar or club. The standard size for a martini glass is big enough to hold about six ounces. They can, however, range from holding four to twelve ounces of liquid. Having said this, the right size is the suggested four-ounce glass. 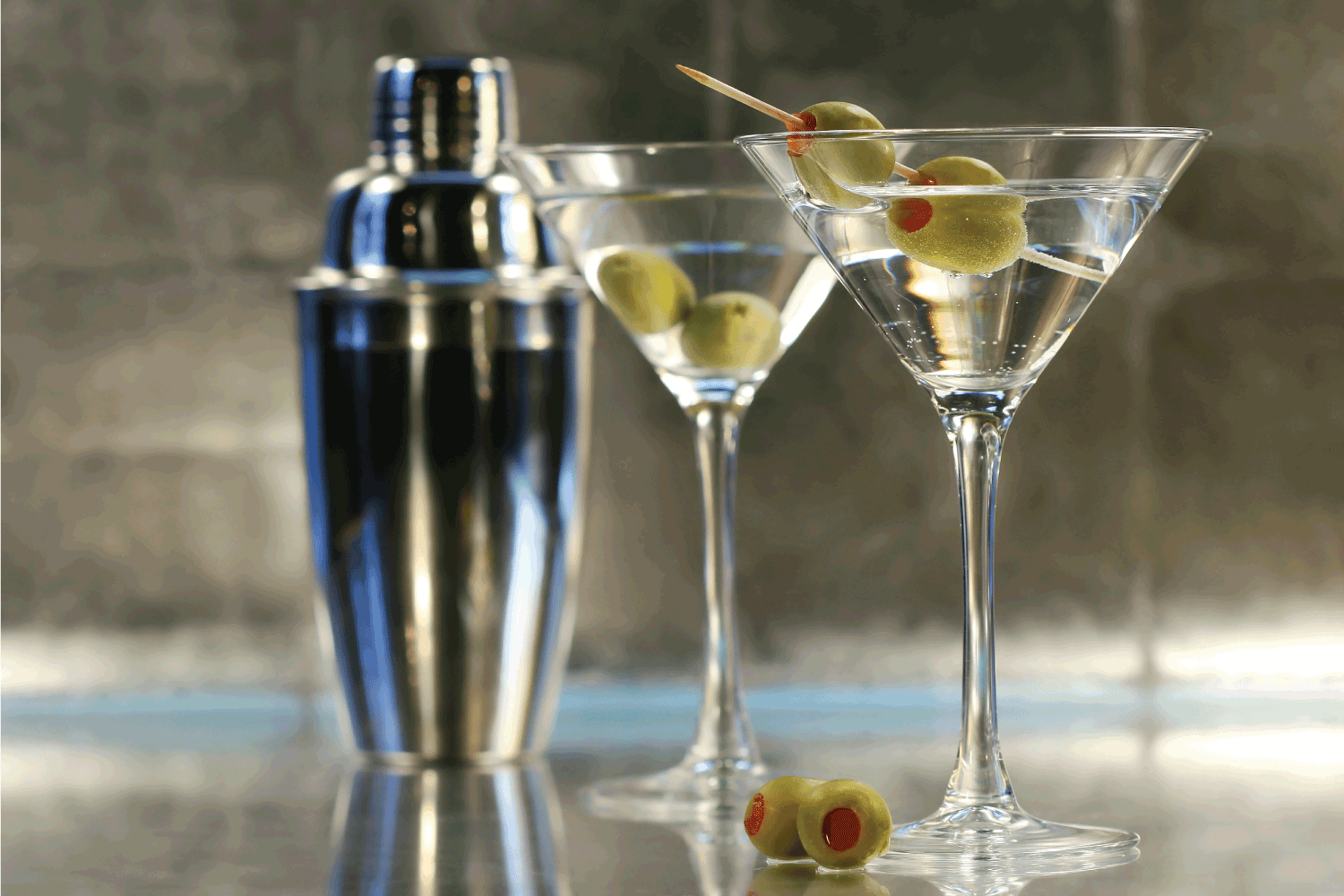 This is suggested as the right size for many reasons. One of those reasons is that the classic martini was served in a smaller glass when originally made, so to keep things classy and accurate, a smaller glass is better to use. Many people choose a martini for its sophisticated look, and the glass size has much to do with that. For more information, continue to read below.

What Is The Best Size For A Martini Glass?

The best size for a martini glass, in many people's opinions, is a smaller glass. A smaller glass would hold four to size ounces of liquid as opposed to ten or twelve ounces. The reasoning is based on a few things. The main thing being accuracy to the first creation of the modern-day martini, which was created in the 1880s. Another reason that a martini is best in a smaller glass is that a smaller glass is less top-heavy and, therefore, less likely to tip over and slosh out. And finally, a smaller glass will keep your drink chilled for longer than a large glass would, keeping the martini at its best flavor. 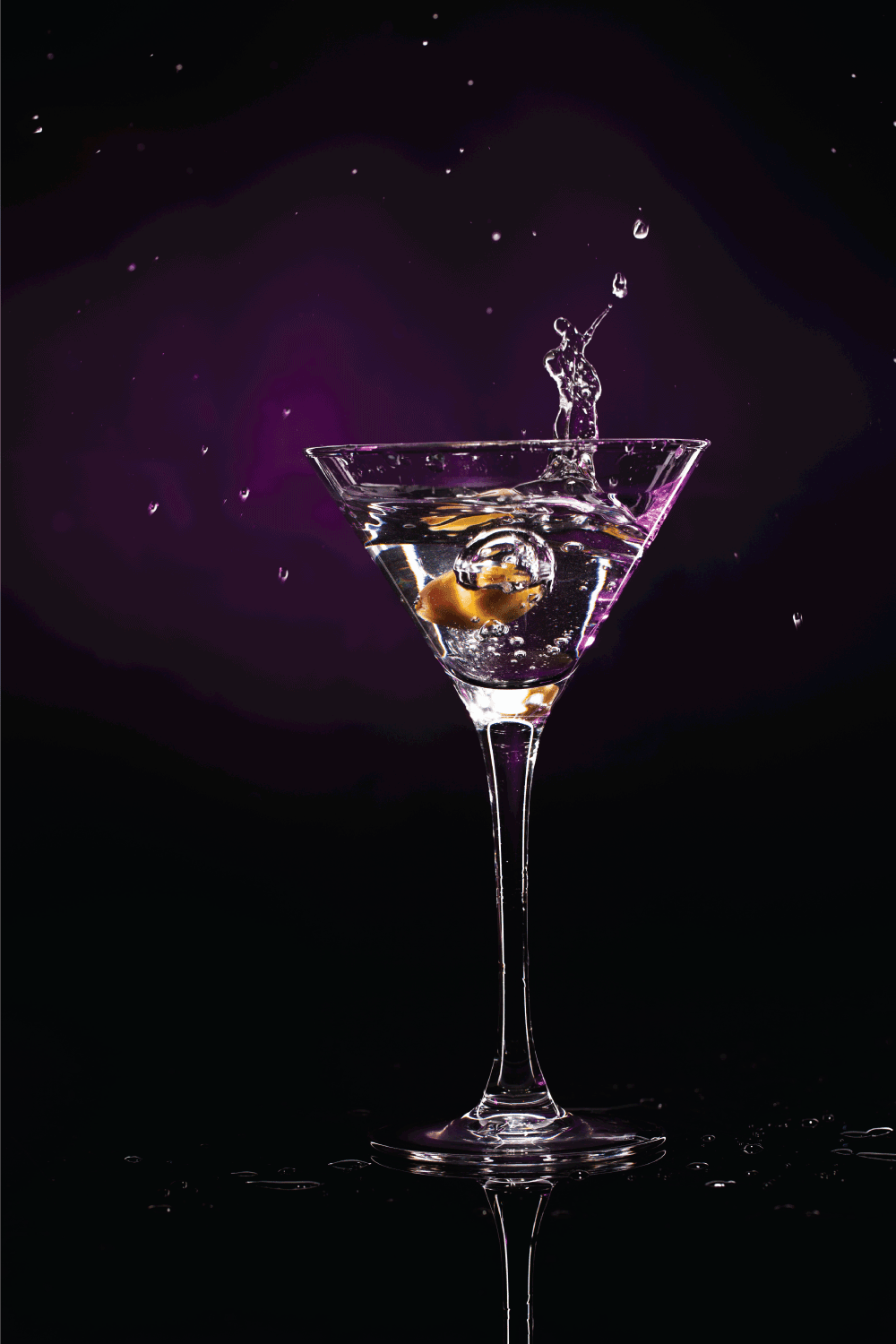 Martinis are made to be served cold and frosty. Because of this, it is essential that the hand of whoever is drinking it is not heating the drink. The shape of the martini glass was created to have a long stem so the hand would be far from the cup of the glass, making it easier to keep the drink cold.

Another large component of how the glass was created was allowing for a large amount of air exposure. The types of alcohol used in a martini are best when exposed to air. The exposure to air allows the spirits to open up and bring out the complex taste that martinis are known for. The wide brim of the cup of the glass allows for a large surface area for a greater amount of air exposure.

The wide surface area also allows for the aroma to spread further than with a small brimmed glass. And the shape of the brim makes it easier to support a toothpick, a popular garnish for martinis. Another perk of the shape is that it prevents the separation of the ingredients in the drink.

How Many Shots Are In A Martini?

A standard shot of alcohol is one and a half ounces of liquid. A traditional martini is made with about three ounces of gin, or vodka if you prefer, and one ounce of dry vermouth. Having said this, a martini comes out to about two to three shots of alcohol. This would be two shots of gin or vodka and the last ounce (a little less than a standard-sized shot) of dry vermouth.

What Is A Martini Glass Used For? 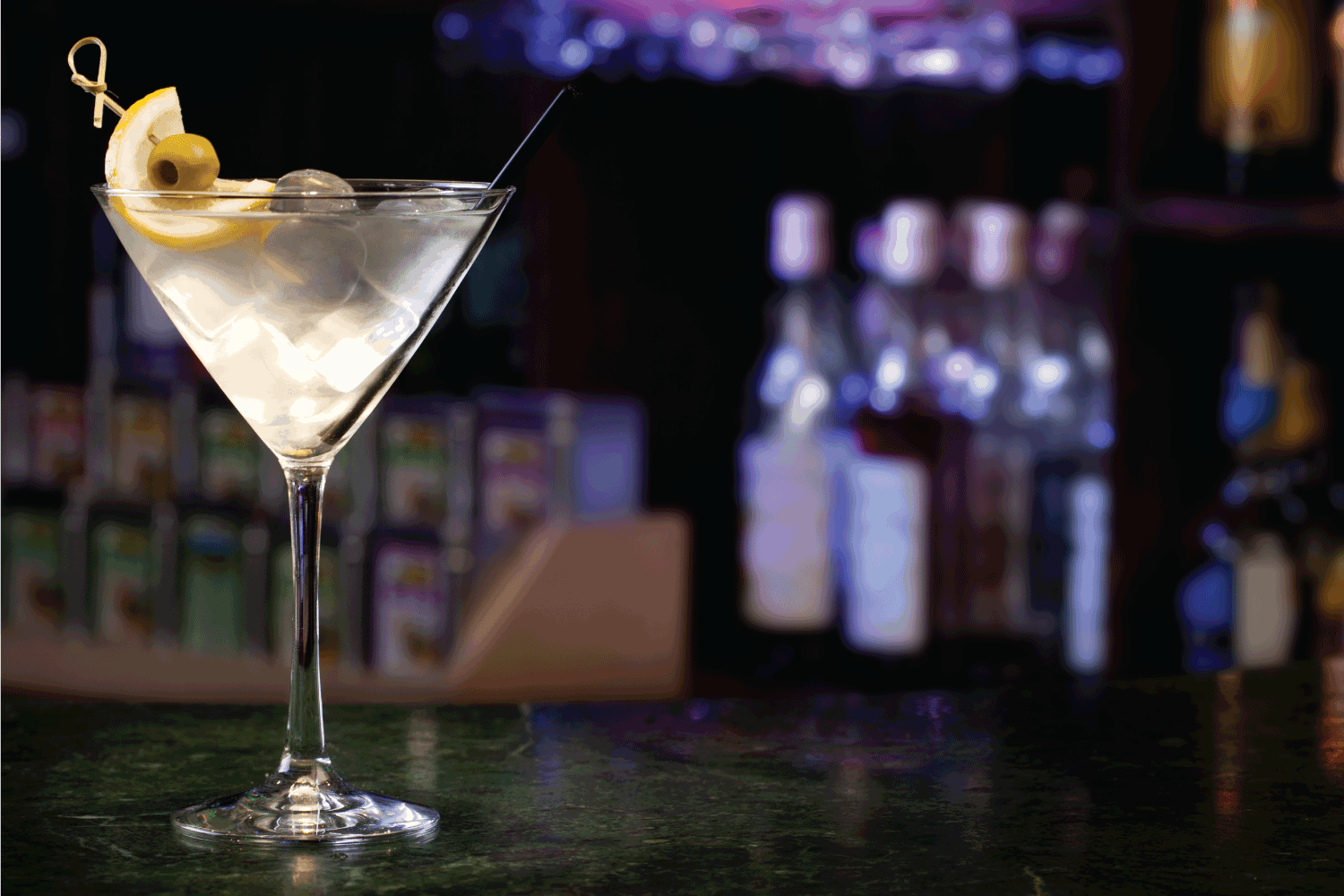 Martini glasses are very similar to cocktail glasses. These types of glasses are similar because of the conical shape and long stem. With a long stem, drinks like this are usually used to serve drinks that are shaken or stirred in ice to then be served cold, but ultimately without ice in the glass. They are shaken or stirred and then strained into the glass. The stems are, once again, used to keep the hand away from the drink to keep it cold for longer periods of time. Check out this article on how to serve your cocktail glasses.

Can You Serve Margaritas In Martini Glasses?

The martini is an iconic drink, one whose glass has become an icon for bars and clubs worldwide. A martini is popular because of taste and the sophistication and confidence it exudes in whoever drinks it. There are a lot of important aspects that go into making the best martini. Most of those aspects revolve around the type of glass it is served in and the alcohol used. Other important things to pay attention to are the size of the glass and the shape of the glass.

What Kind Of Plates Are Oven-Safe?

How Big Are Cocktail Glasses?

How Many Wine And Cocktail Glasses Should You Have?