Air fryers are easy to use and convenient, but are you using the best oil when you cook with yours? With so many different kinds of oil on the market, it is hard to know which will give you the best flavor and health benefits. We've dived into what makes each oil tick to help you make the best choice for yourself!

There are a variety of oils that may work best for you, depending on the temperature you're using and the flavor you want.

That may seem like a lot of options, but each one might be perfect for a different air-fried dish! Before you pick one of the above choices, there may be some things to consider that you hadn't thought of yet. Keep reading below to truly match the best oil to the meal you want to make! 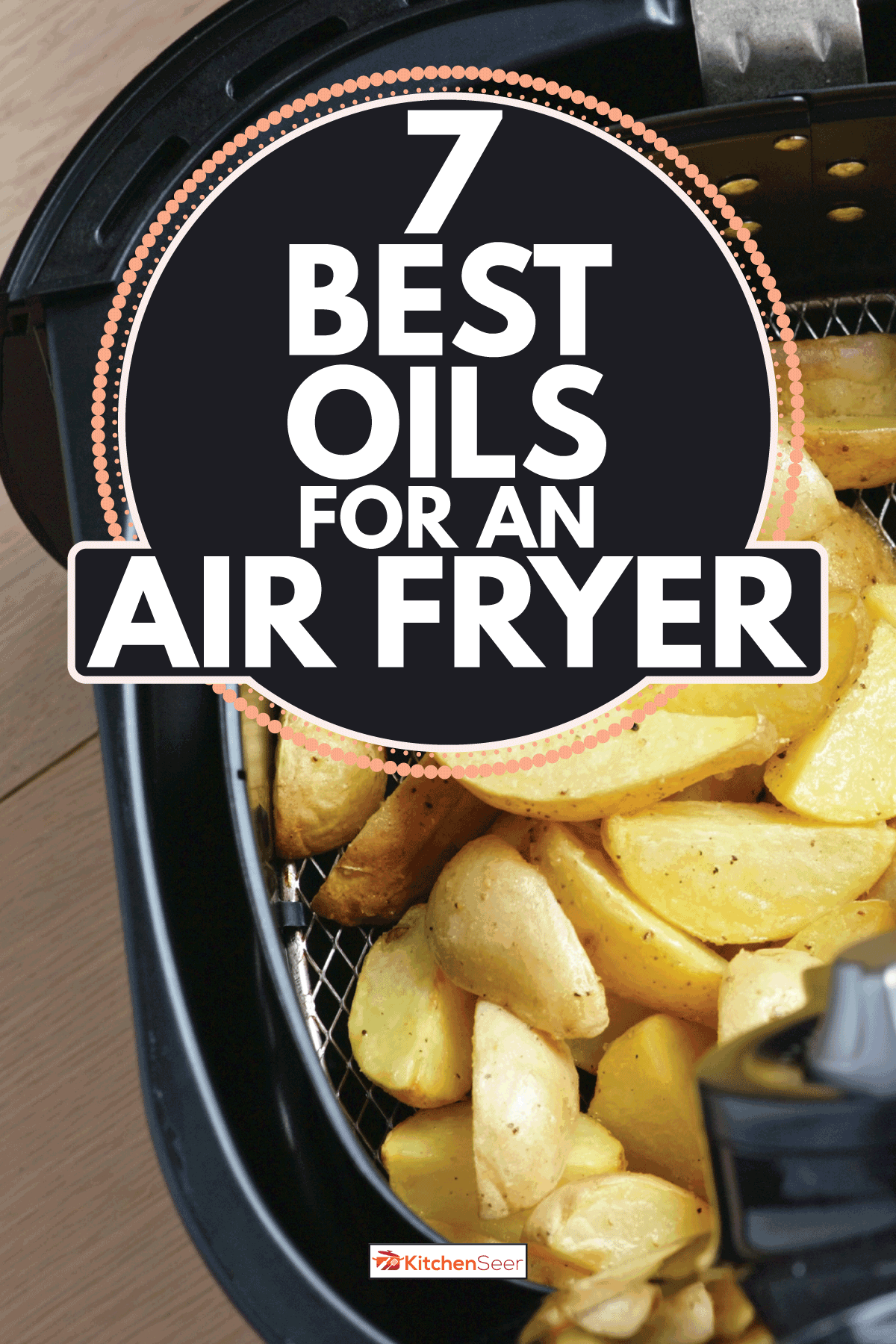 How to pick the best oil for the job

Each of the listed oils does its job a little bit differently. They all have different smoke points. All of them also bring a different flavor to the table. One may taste great with one food and terrible with the next. There are a couple of different things that influence how an oil with mix with your future meals.

A smoke point is simply when oil starts smoking and losing its natural flavor and health benefits. Each oil starts smoking at a different temperature range. When this happens, they may even start to smell unpleasant. It's important to know the smoke point of the oil you're using because if it goes past that, then your food may not taste as great as it could!

Each oil has a different flavor. It will incorporate that flavor into the dish you are making, even if it's a subtle addition. Most people know what to expect from olive oil or vegetable oil, but what about soybean or avocado oil? Some dishes just won't go well with the incorporated flavor of some oils. So, it's important to know what flavor each one brings to the table, so you don't end up with something undesirable.

It's all about consistency

Just like with our other categories your choice of oil is going to come with its own unique consistency. Some oils are thicker and thinner than others. They even coat and absorb into the food they're introduced to at different rates. Some meals may require a heavy oil, and others may just need a light touch.

Best Oils for An Air Fryer 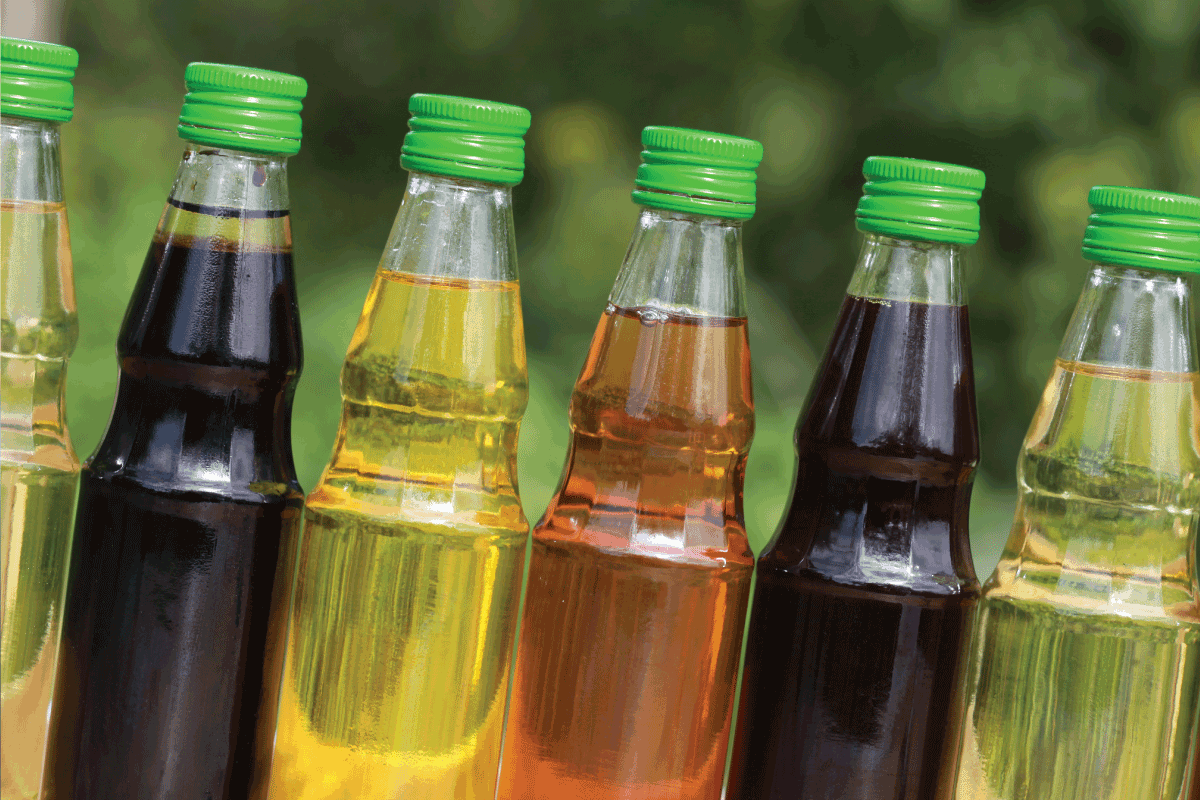 At the top of every list of cooking oils is avocado oil. It has the highest smoke point at over 500 degrees Fahrenheit. It can have a slightly grassy and avocado flavor but is mostly neutral. The flavor is so neutral that this marvel is quickly replacing olive oil as the go-to.

Extra light olive oil is a close runner-up to avocado oil for the possible best choice. This wonder has a smoke point at around 470 degrees Fahrenheit. This extra light oil has an even more neutral taste than avocado oil, which explains why it is so popular.

The next highest smoke point belongs to soybean oil. It hits its smoke point at around 460 degrees Fahrenheit. Soybean oil is pretty tasteless. Nowadays, it has a history of having a more negative taste but has become more refined and neutral in the past five years.

Coconut oil is good at standing out when it comes to the list of oils due to its unique composition. Its smoke point comes in at around 450 degrees Fahrenheit. Coconut oil is often seen as one of the healthiest choices, even though the scientific community is a bit divided on that fact. It also has a neutral taste.

Peanut oil is the favorite for frying! The smoke point for this oil also sits at around 450 degrees Fahrenheit. Depending on the oil you buy, it is known to have a slight nutty quality to it.

Vegetable oil is a classic choice and still one of the best oil options out there. It doesn't seem to have a lot of nutritional value, but it also doesn't have many negatives either. Its smoke point is around 400 degrees Fahrenheit. Vegetable oil is also known to be very neutral tasting.

Rounding out our list is extra virgin olive oil. This should not be confused with extra light olive oil as this oil has a lower smoke point at around 375 degrees Fahrenheit. This oil is unrefined and unprocessed, as its name suggests. With its low smoke point and neutral taste, this oil is best left for lower temperature dishes. Since it is so unrefined, it does boast many health benefits!

Other considerations for oil and air fryers 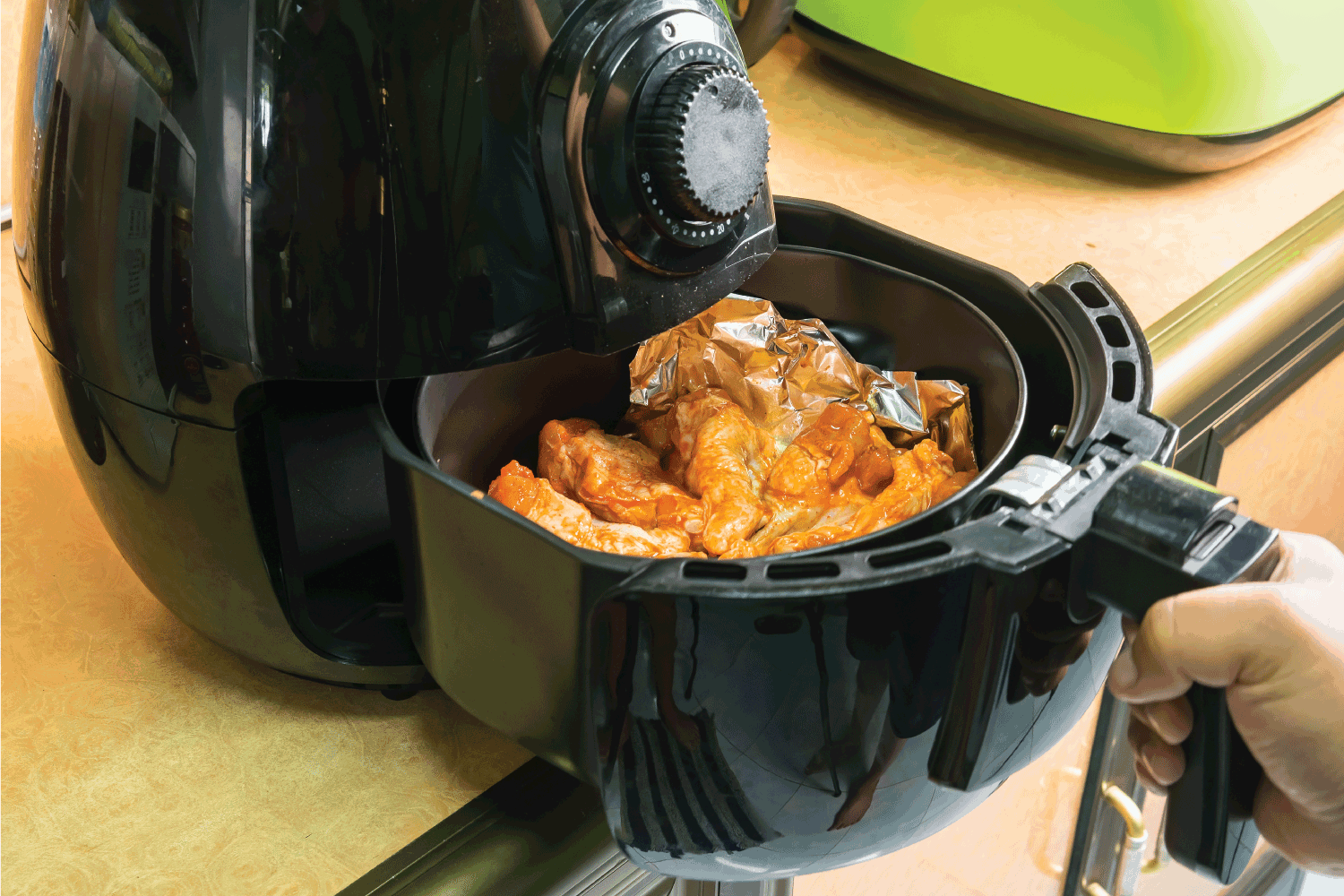 Once you've chosen your preferred oil, there may be some other things to think about before you start cooking. Picking the oil is just the start, then you need to figure out things like how much to use. You may even want to consider just how healthy the oil you chose is for you compared to other choices.

Why do you even need oil in an air fryer?

Isn't the point of air fryers to be healthy and not use oil? While it may not be entirely necessary to cook with oil in these culinary wonders, it is still recommended. It's very easy for foods to become dried out and lose some of their flavors when being fried without oil. That's why it's still good practice to use some oil. You don't need to use nearly as much as you would in a traditional fryer, so it's still quite a bit healthier.

Where do you put oil in an air fryer?

It may depend on the dish you're making, but oil isn't used the same in an air fryer as a traditional fryer. In the traditional fryer, you would put a ton of oil in the bottom of the device. With air fryers, it's best practice to apply the oil directly onto whatever you are cooking.

How much oil do I put in my air fryer?

With an air fryer, you only need about one tablespoon. The best practice is to adjust that amount based on the size of what you are cooking to make sure it is all covered. This is where it may be a great idea to purchase an oil sprayer. With an oil sprayer, you can easily and evenly apply oil to your food without worrying about measuring or over pouring!

Shop for oil sprayers on Amazon!

Can you use PAM in an air fryer?

Since aerosol sprays like PAM are so convenient, you may be wondering if you can just use those in your air fryer? The majority of air fryer users and manufacturers agree that you should not use them! Due to the formula of these sprays, they can easily damage your air fryer.

What is the healthiest oil to fry with?

It depends on who you ask, but generally, extra virgin olive oil is seen as the healthiest. Since it is unrefined and unprocessed, unlike many of the other oil options, it boasts many more natural benefits. Coconut oil is also up there as a healthy option. However, coconut oil's possible health benefits are more debated than that of extra virgin olive oil.

What is the cheapest oil?

While the prices of some are comparable, one stands out more so than the rest with a bang for your buck. Vegetable oil is the most inexpensive and versatile oil on the list above. This may differ based on your area and where you shop but on average, it is on the cheaper end of the scale for cooking oils.

We know that there are a lot of options when it comes to cooking oil. Each one has its own unique properties that may make it the perfect fit for you. Another benefit is that since you only need a small amount for your air fryer, it may be worth it to spring for the more expensive options!

Click on the links below for some air frying inspiration!

What Are Twice-Baked Potatoes? [Defined For Beginners With 3 Easy Starter Recipes]