Figuring out what's damaging your cookware can feel impossible sometimes. Have you started to notice your Dutch oven burning on the bottom and don't know how to stop it from happening again? Well, we've done some research and have the answers here for you. Let's get into it.

One of the main reasons a Dutch oven burns on the bottom is that you're baking/cooking in too high of temperatures. Most times, a Dutch oven's manufacturer ratings are only for around 400 degrees Fahrenheit, meaning anything above that can cause serious damage to your cookware.

As we begin, we will cover all things Dutch ovens and discuss how to keep yours from burning. Whether you're new to this type of pot or have used them extensively, we're here to offer some help. With that said, let's dive right into this topic! 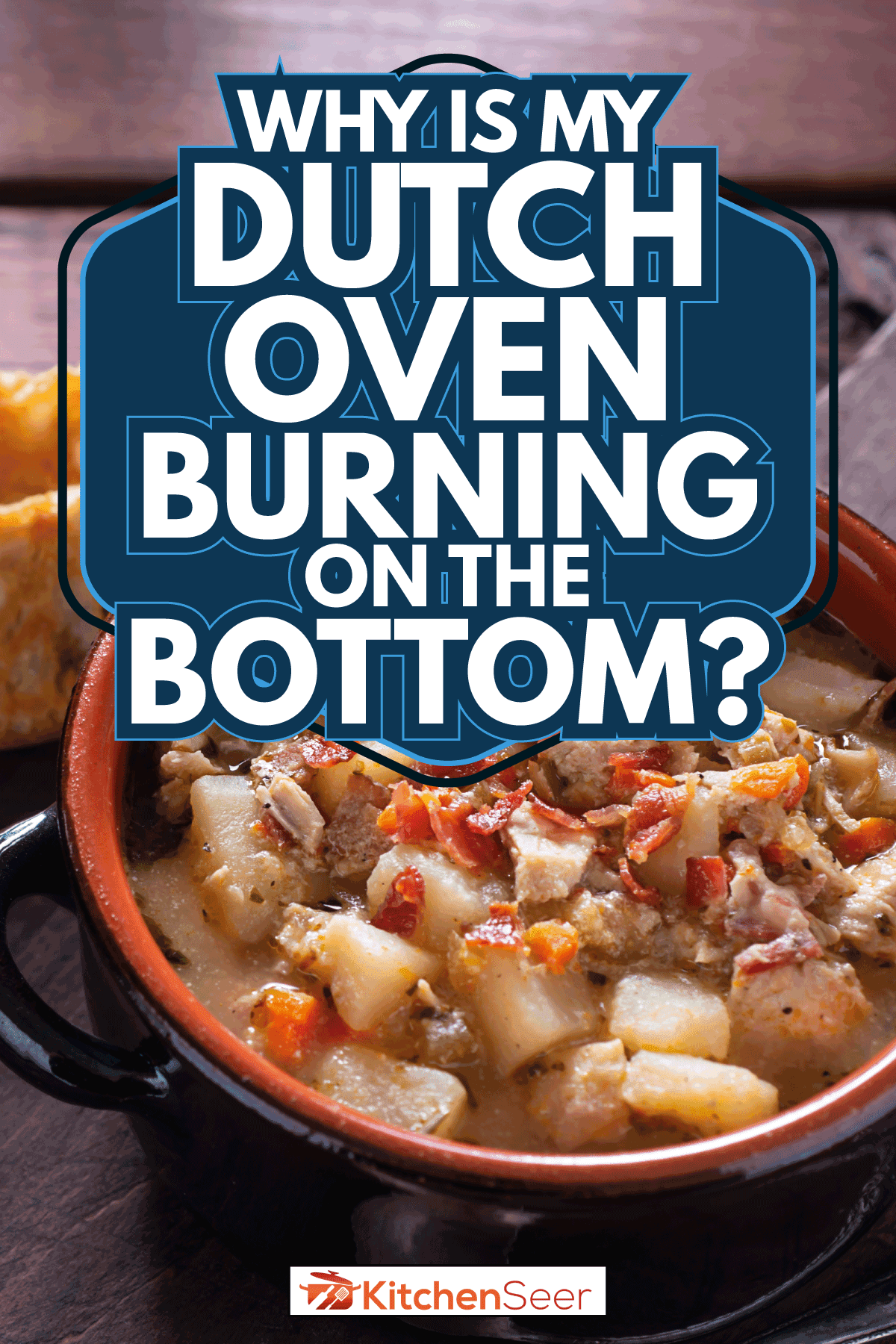 How Do I Stop My Dutch Oven From Burning On The Bottom?

If you're struggling with a Dutch oven burning towards the bottom, you want to try placing a baking sheet or cookie tray on the shelf underneath it. Doing this will ensure your pot doesn't burn as well as whatever you're baking inside.

You can also try putting a pizza stone directly underneath a Dutch oven to prevent damage, so there are a few ways to do this. Regardless, you don't want to bake in temperatures over 400 degrees in a Dutch oven, so keep that in mind. 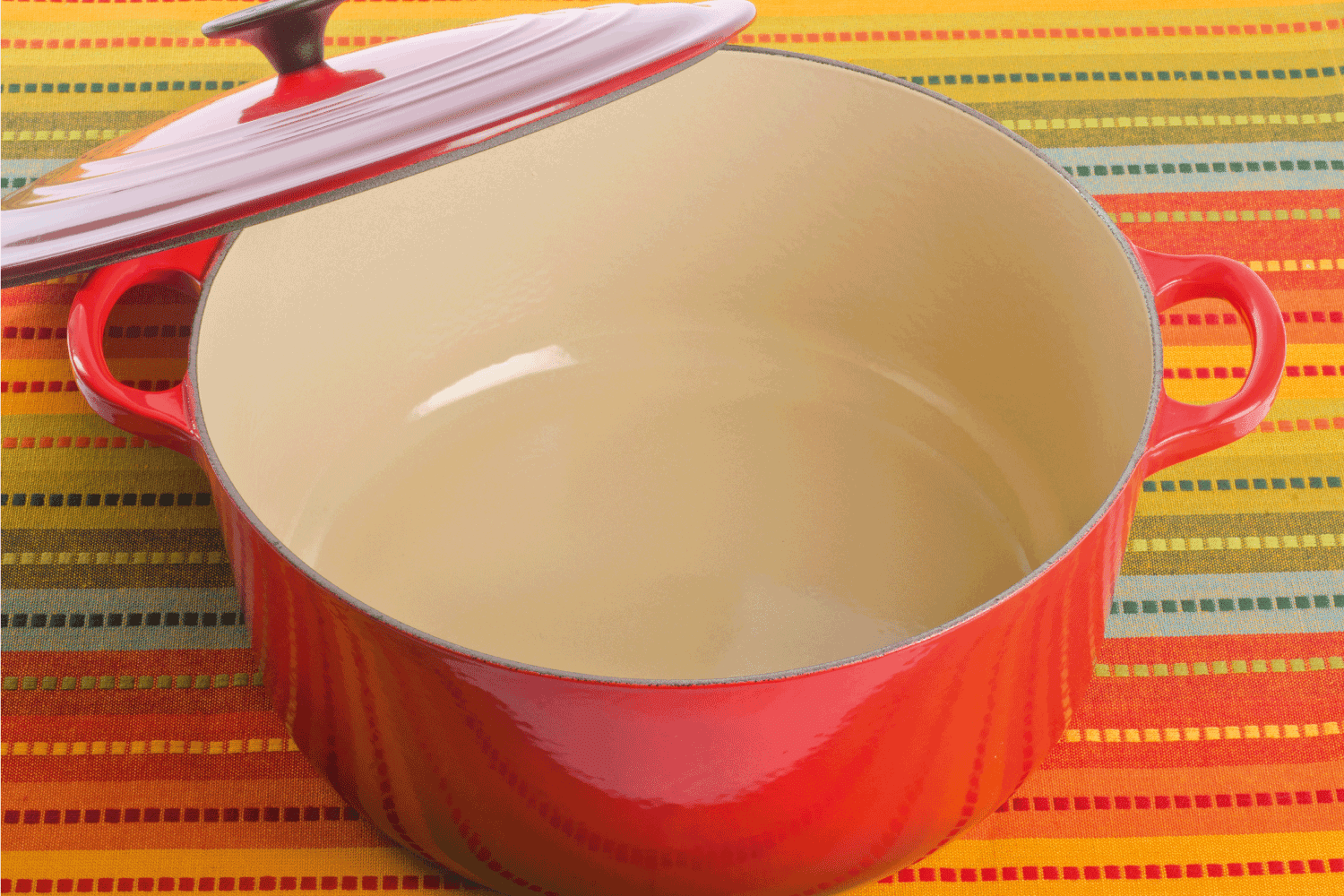 What Temperature Should A Dutch Oven Be?

Typically, you want to keep temperatures under 400 degrees Fahrenheit when using a Dutch oven. Like we said above, doing this will keep your cookware from burning and becoming damaged while also preserving the food inside.

That said, if you don't mind waiting slightly longer for your food to cook, many manufacturers suggest keeping a Dutch oven between 300-350 degrees to preserve its quality long-term, so that might be a better idea.

We recommend using enameled cast-iron for those looking into a Dutch oven. Not only will this type of pot handle higher temperatures well, but it also does better at maintaining and distributing heat to any food inside, which makes a big difference.

In general, cast-iron cookware of any shape or size will be more durable than other materials, so if you can, try to use it for your Dutch oven.

If you want to purchase a Le Creuset Dutch oven, we think this is a great idea. Although the company doesn't recommend cooking in extreme temperatures, they use cast-iron to manufacture their cookware and have a loyal customer following.

In regards to heat, it's best to stay around 400 degrees in a Le Creuset pot, which is considered high, so we recommend the brand.

This Dutch oven is cast-iron material, has an enamel finish, weighs 15 pounds, is dishwasher safe, and comes in various colors.

How Do I Keep Bread From Burning In A Dutch Oven?

Another idea for keeping bread burn-free is to use a trivet inside your Dutch oven and place your loaf on top of it. You can also try sprinkling a bit of cornmeal on the bottom of your Dutch oven to keep your bread from burning, so there are plenty of ways to solve this. 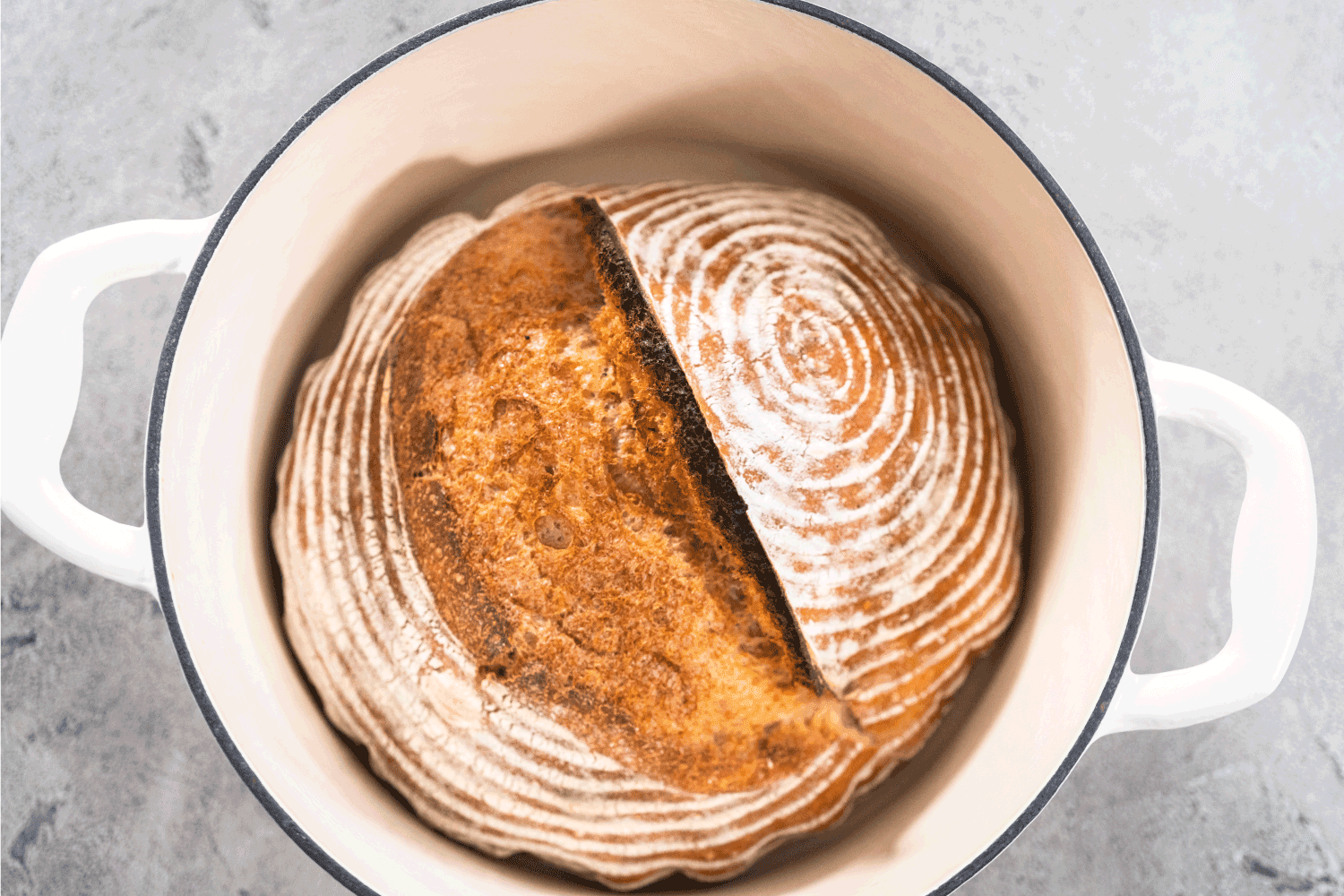 Will Parchment Paper Burn In A Dutch Oven?

For those who want to try placing parchment paper inside their Dutch oven, this should be fine. Usually, parchment paper won't burn in high temperatures but instead may darken, so this is a pretty safe idea.

That said, you want to make sure the parchment paper you use can withstand the temperatures you plan to cook in, so we recommend reading your product's heating instructions beforehand.

Can I Put My Enamel Dutch Oven In The Oven?

Yes! It's completely safe to use an enamel Dutch oven in the oven. Like we mentioned earlier, most Dutch ovens can withstand up to 400 degrees Fahrenheit, which also applies to enamel finishes.

You can also use an enamel Dutch oven on the stovetop, whether electric, gas, or induction, and even on some coal or wood-powered stove surfaces.

How Do I Know A Dutch Oven Is Oven Safe?

Regardless of the finish, a Dutch oven will be oven safe to a certain degree. In general, you are safe to use a Dutch oven in temperatures around 350-400 degrees, regardless of material, so there's no need to worry.

That said, it isn't super safe to cook with Dutch ovens in extreme temperatures (above 450 degrees), so try to keep the heat down if possible. 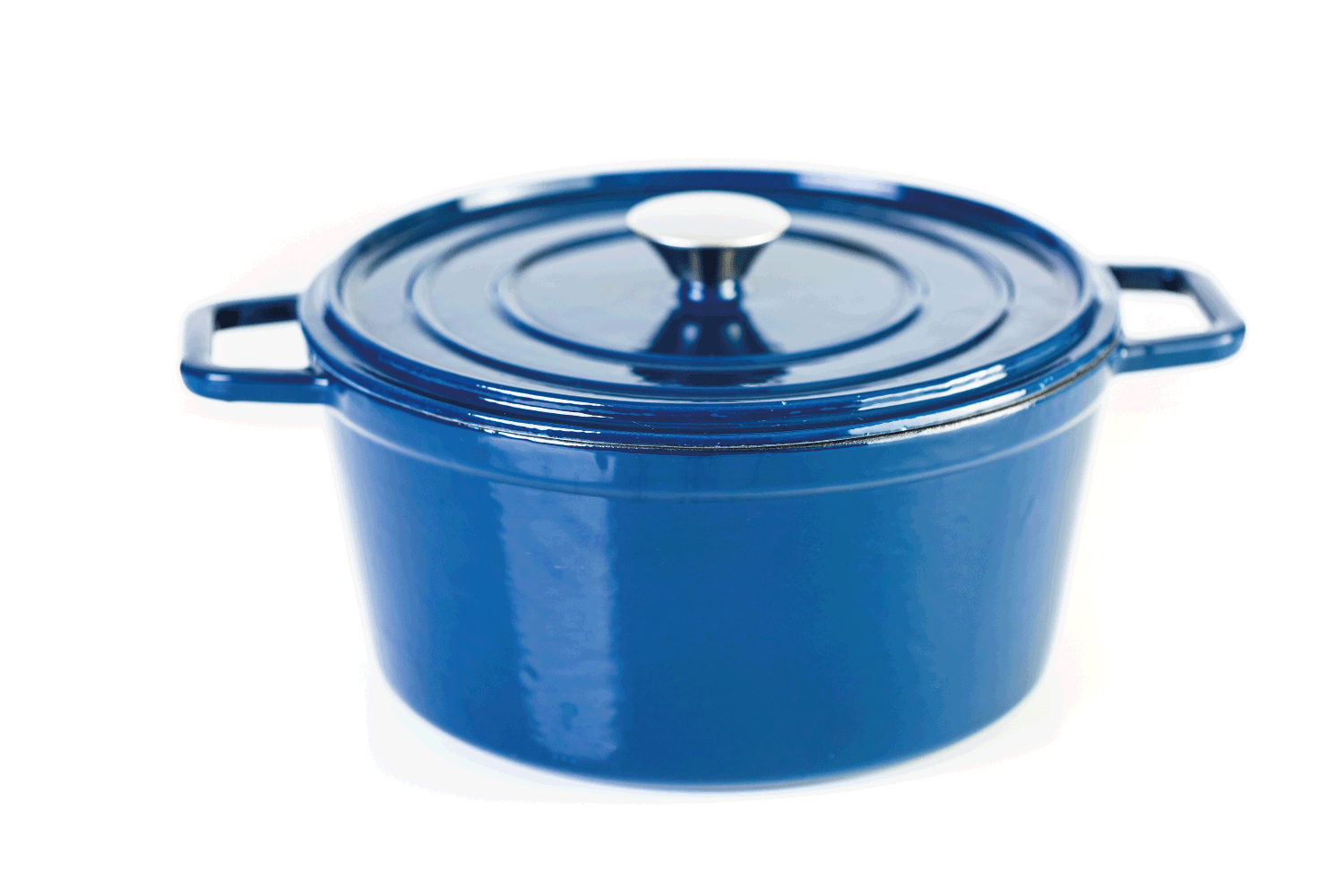 Do You Preheat A Dutch Oven With The Lid On?

When it comes to preheating, you want to take off your Dutch oven's lid. Especially if your pot is deep, taking off the lid will allow it to heat up evenly.

It's also worth mentioning that some Dutch oven lids have handles that aren't oven-safe, so make sure to check that out before you start cooking.

What Is The Best Way To Preheat A Dutch Oven?

Ideally, you want to preheat a Dutch oven for around 30 minutes and make sure you place it into your oven while it's still cold. Doing this is great for bread, as it creates plenty of steam before your dough goes into the pot, making for an even fluffier, tastier loaf.

It's also a good idea to pour oil or butter into a Dutch oven before it preheats, which will enhance your food's flavor and keep it from sticking to the bottom of your pot. That said, you want to make sure you don't place an empty Dutch oven into an already preheated oven because this can cause it to burn.

Can You Heat An Empty Dutch Oven?

According to Dutch Ovens Cookware, enamel Dutch ovens tend to crack if you place them into already hot ovens, which can make them dangerous to use moving forward. They also cover how setting an empty Dutch oven, regardless of material/finish, on a super hot surface can cause it to degrade over time, so try to avoid doing this.

How Long Does A Dutch Oven Stay Hot?

A Dutch oven should hold its temperature for about 30 minutes after being removed from heat. Typically, cast-iron pots will do the best job of staying warm post-cooking, which is why they are so popular.

That said, Dutch ovens do such a good job of keeping their heat that they can scorch the food inside if your oven's temperature is too high, so this isn't always great for long-term storage. 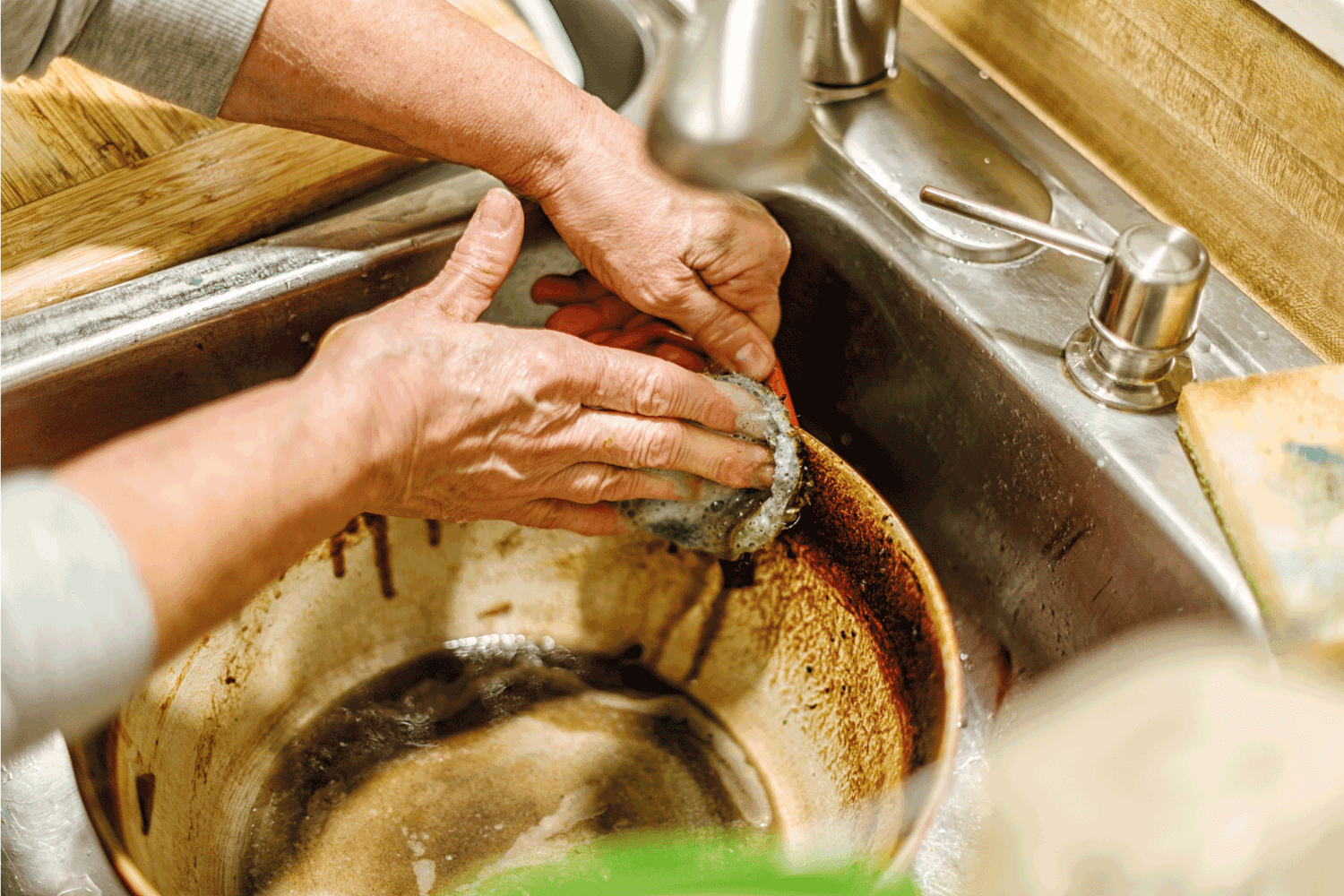 How Do You Clean A Dutch Oven?

If it's time to give your Dutch oven a clean, doing this won't be too hard. To start:

One thing to note, you want to make sure you're only using brushes/sponges that won't scratch your Dutch oven, so try to find non-abrasive products.

Yes, if you don't season them correctly, it is possible for a Dutch oven to rust. Of course, this won't happen overnight, but if you forget to season yours enough times, expect rust to form.

Another cause for corrosion is storing a Dutch oven that isn't fully dry, so make sure to wipe yours down with a cloth or towel after cleaning. High humidity can also cause rusting, so keep your Dutch oven somewhere cool, dry, and protected. 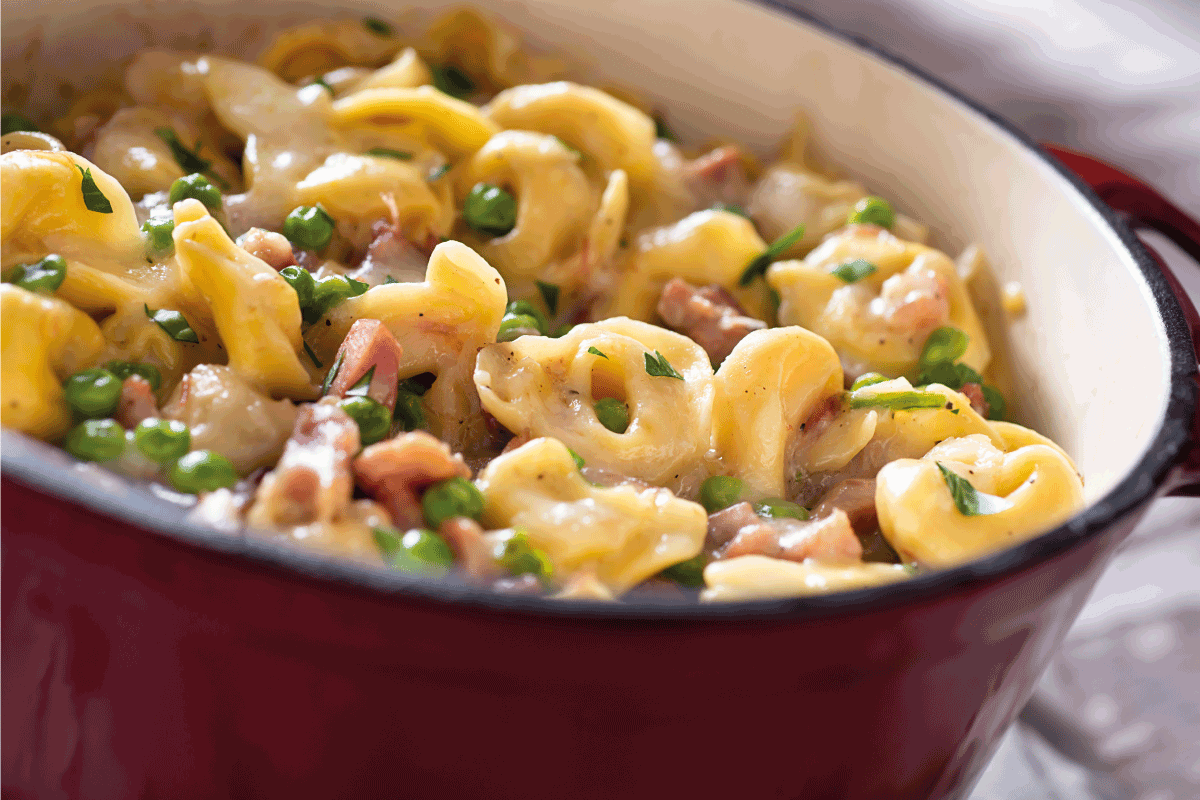 Whether you love to use Dutch ovens or want to try one, getting your temperatures right is essential. From what we found, a Dutch oven will burn on the bottom if you have it in super hot temperatures, so make sure to keep it under 400 degrees.

We recommend using a baking sheet or cookie tray underneath your Dutch oven or trying a pizza stone to prevent a burned pot. It's also important to place a layer of foil down before baking bread in a Dutch oven, so it evenly bakes and doesn't burn, so keep that in mind.

Regardless, make sure to keep your oven's temperature under 400 degrees Fahrenheit, and don't forget to fully dry your pot off before storing it.

What Should You Cook In A Dutch Oven? [15 Suggestions To Try Out!]

Types, Sizes, And Brands Of Dutch Ovens You Should Know

How To Clean An Enamel Dutch Oven [A Complete Guide]

Is A Blender Good For Making Baby Food?

Is An Immersion Blender Dishwasher Safe? [Including A Look At Top Brands]

Why Is My Espresso Machine Not Dripping?