Maybe you've heard some people swear that the only right way to prepare pizza dough is by hand. Others use a rolling pin. So should you roll or stretch pizza dough? We've checked with expert pizza makers for the answer.

You can roll or stretch pizza dough with great results. Rolling is best for when you want a thin, dense crust. Stretching pizza dough tends to make it thicker and fluffier.

There are some tricks to master when using a rolling pin for pizza dough. However, either is possible, depending on your comfort level and the finished product you desire.

This article will explain more about the differences between rolling and stretching pizza dough. We'll explain why they lead to different kinds of crust. Then we'll give you some tips on the right way to roll pizza dough and what to avoid. Finally, we'll troubleshoot some common dough problems and how you can fix them. 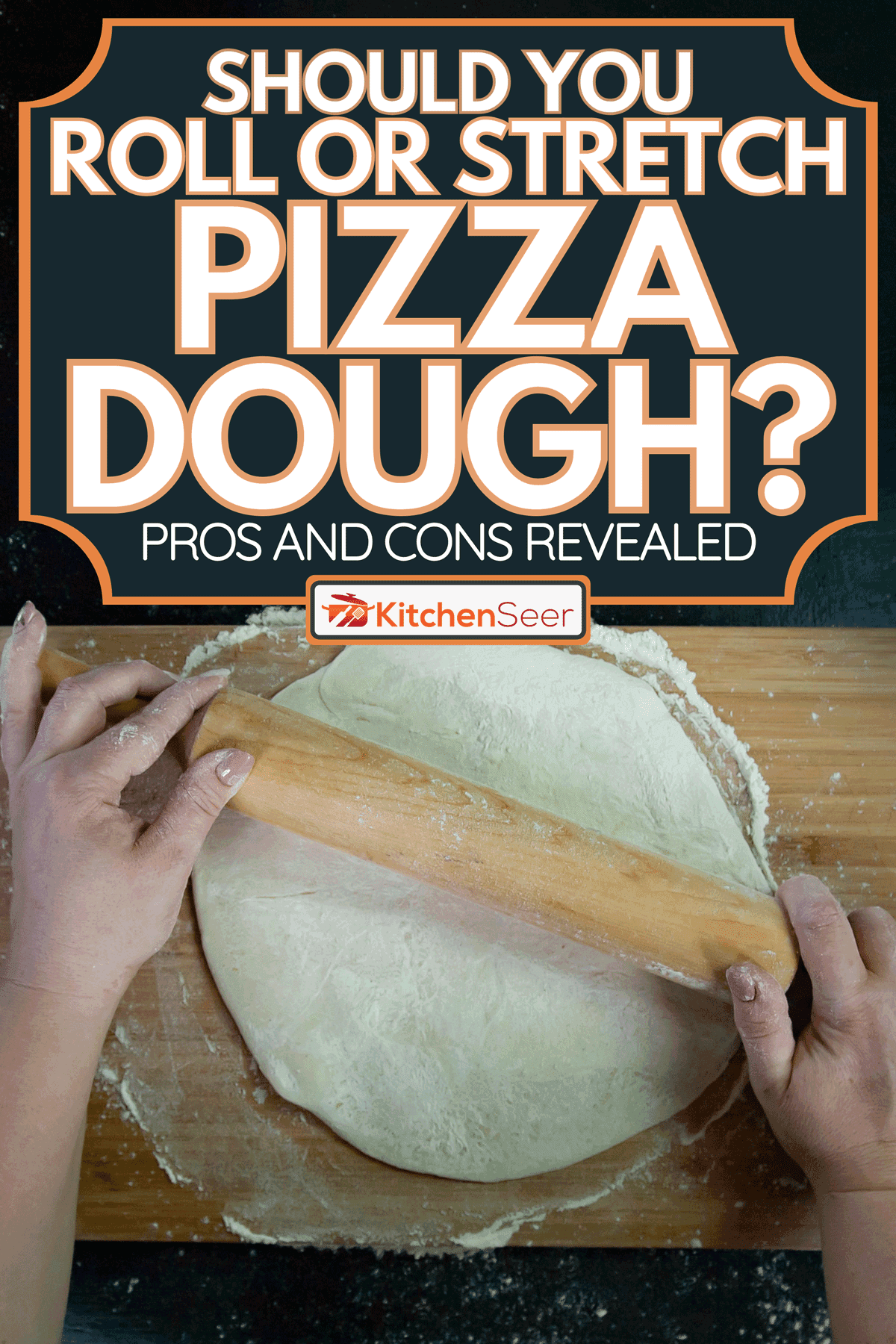 Should You Roll Or Stretch Pizza Dough?

Both rolling and hand stretching pizza dough are viable options. Some cooks will swear by stretching. But the reality is that both can (and are) used to make pizza all the time.

However, they are not entirely equal. Each method creates its own style of pizza. Which one you use depends on personal preference and the kind of pizza you want to make.

Rolled pizza dough tends to come out less airy and thick. It's thin and fairly dense. This is perfect for Neapolitan, New York, or St. Louis-style pizza, among others. 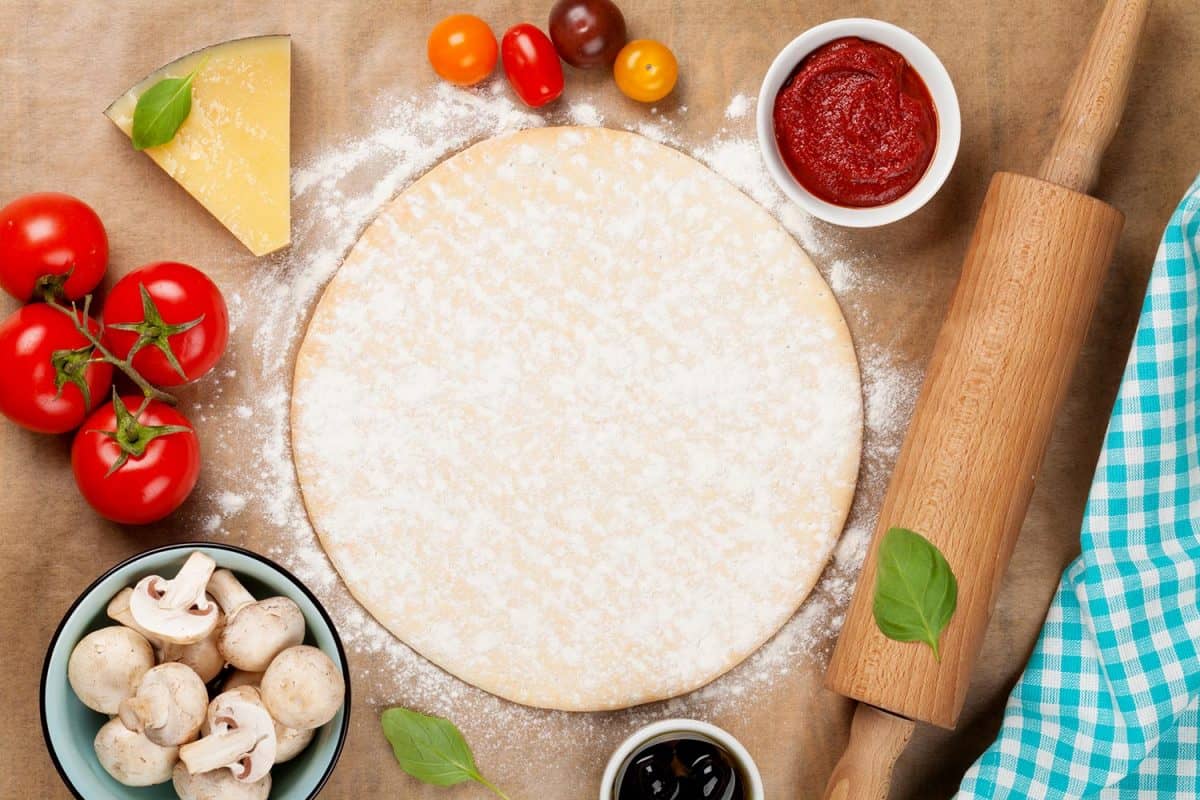 If you want a fluffy, thick crust, the best way is to stretch it. Yeast forms bubbles of gas, which add those air pockets that make it fluffy.

No matter how much you work the dough, your hands can't get rid of those gas bubbles. It will move them around, pushing air pockets together to make them larger. Conversely, it can break up some large ones and make them smaller.

But in the end, the bubbles are still there. They haven't been flattened entirely. That's why the dough turns out lighter, ideal for a deep-dish or other thick-crust pizza. 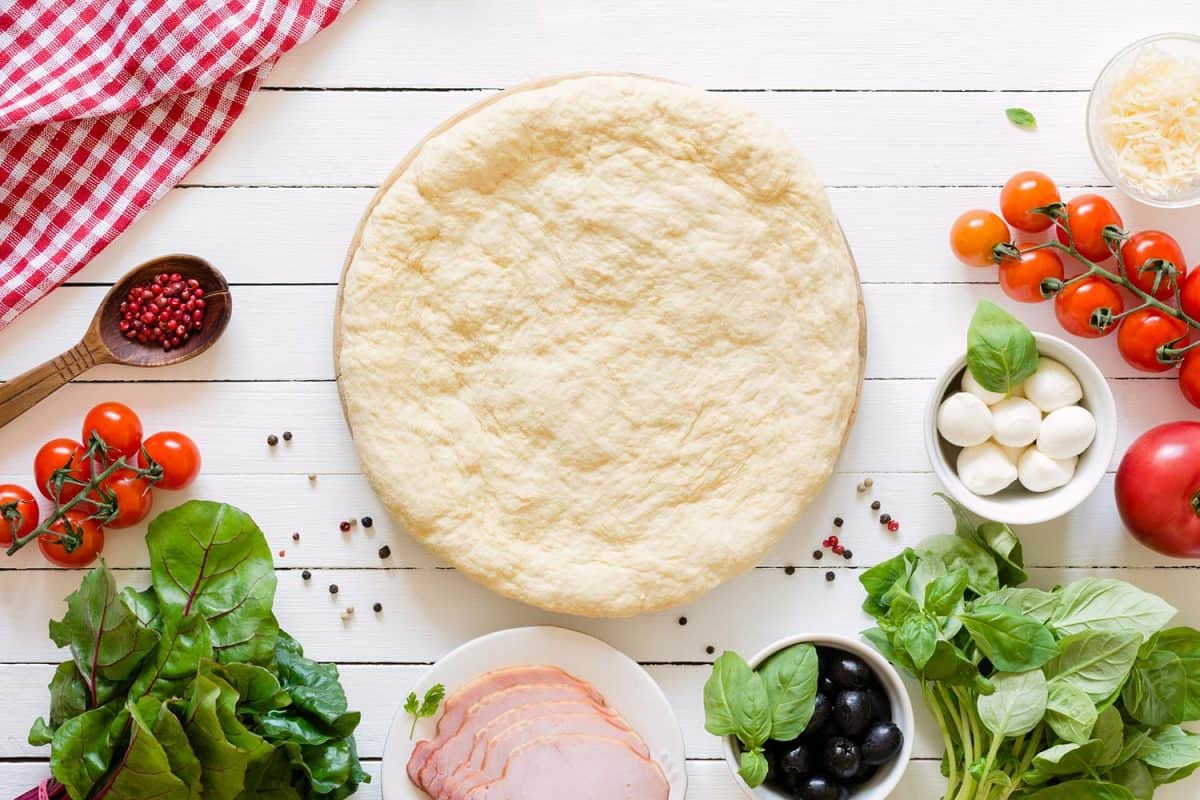 Rolling pizza dough doesn't, by itself, make the dough tough. But overworked dough can turn out tough, whether it's worked by hand or rolled.

In dough, there should be tiny air bubbles that make it turn out light and fluffy. When you work the dough too hard, it pops all those little bubbles.

This isn't necessarily a bad thing if you want a dense, thin crust for your pizza. But if you go too far, the result can be a hard or stiff dough.

While dough can be overhandled by either method, it's a more common problem with rolled dough. With a rolling pin, the dough is easier to work. This also means that it's easier to overwork. 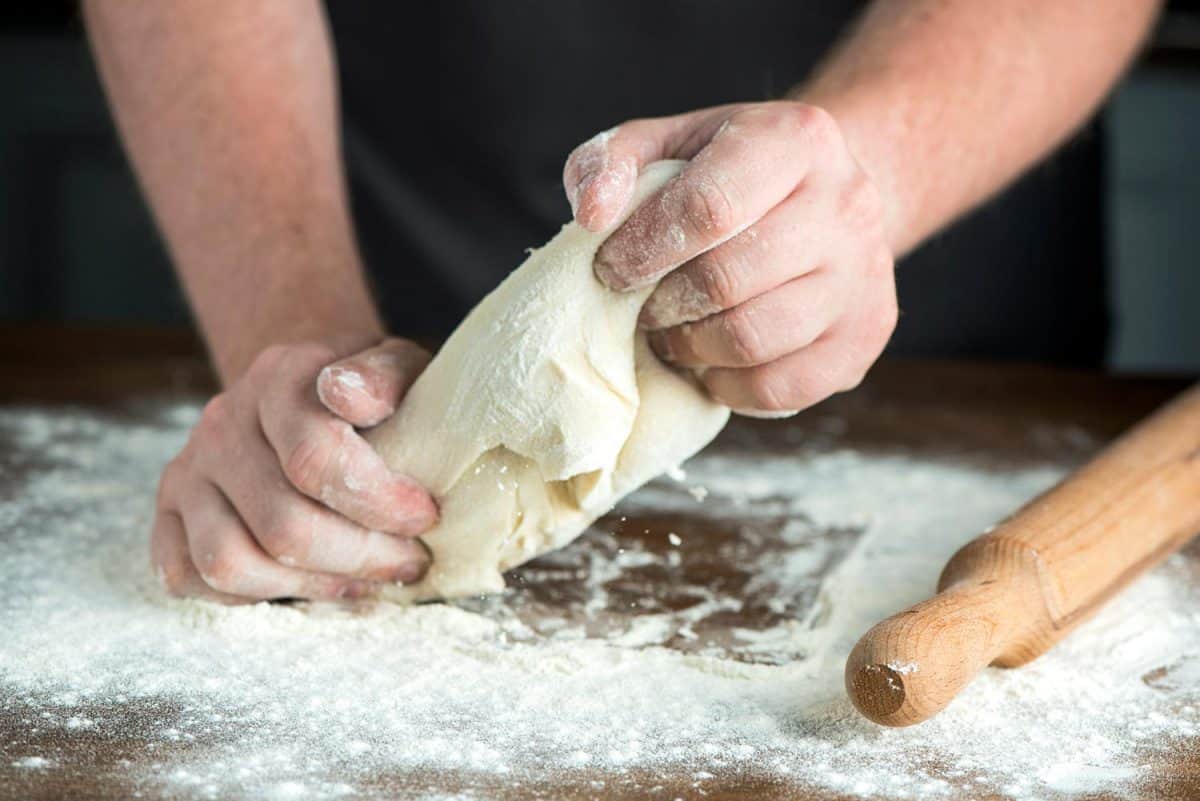 It's technically possible to work the dough by hand to the point of making it tough. But it's not very likely. Most people tire out before they reach that point.

So, while rolling dough doesn't make it tough, it's more likely to lead to that result. You can still use a rolling pin for excellent pizza dough, but you'll just need to be more cautious. Don't get overambitious, and know when to stop rolling.

Why Is My Pizza Dough Not Stretching?

Gluten is a group of proteins in pizza dough. It holds the dough together.

If your pizza dough is not stretching, it's often because the gluten is too tight. You want well-developed gluten in the right amount, binding the dough. However, you don't want it working too well, keeping your dough tense and impossible to stretch.

Why Does My Pizza Dough Keep Springing Back?

Much like dough that won't stretch, the culprit here is familiar. If your pizza dough keeps springing back into shape, it's often because of problems with your gluten development.

Once again, gluten tends to bounce back into shape when too tight or underdeveloped. Always start by making sure the dough is worked correctly by kneading for 15-20 minutes.

When the dough is ready, let it sit out at room temperature for at least 30 minutes. You want to give the gluten a chance to relax without touching or needing it. It's also a chance to let the gluten, and dough, warm up.

You can use the poke test. If you poke a small dent into the dough and it springs back into shape, wait a bit. The dough is ready when your poke mark leaves an impression that doesn't immediately disappear.

How Do You Keep Pizza Dough From Shrinking When Rolling?

Like all our previous problems, this again can be traced back to gluten. An overly strong gluten network keeps the dough tight. As a result, it shrinks back in every time you try to roll it out.

You can't just keep rolling. The more you work the dough, the tighter it gets. Conversely, the solution is to let the glutens relax.

The tips listed for pizza dough that won't stretch can be helpful in the future. These are remedies for gluten problems and can apply here as well. For example, letting your dough proof longer or changing the type of flour can be helpful. 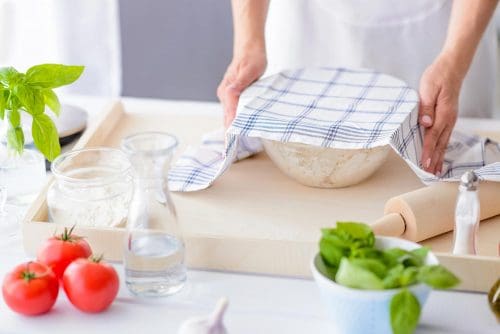 However, what to do when you're in the middle of making a pizza? There's one handy way to keep difficult pizza dough from shrinking when rolling.

First, roll the dough as flat as you can. Then, place an overturned mixing bowl on top.

The mixing bowl should make an air-tight cover for the dough. This keeps the dough from drying out.

Now, let the dough sit and relax for about 10 minutes. This gives the glutens a chance to loosen, and as a result, the dough will be more pliable.

Warmth also helps with this process. If need be, move the dough to a warmer corner of your kitchen to rest.

Some pizza purists will swear that the only proper way to prepare the dough is by stretching it by hand. However, plenty of amateur cooks use a rolling pin instead. Either method can give great results, as long as you understand that they prepare two very different styles of dough.

Dough prepared with a rolling pin is thin and dense. Conversely, dough that has been stretched tends to be thick and airy.

It's also important to avoid overworking the dough, which is more likely with a rolling pin. The glutens in the dough can become tight, making your pie hard to stretch. It may bounce or spring back when spread out. If you use a rolling pin, avoid overdoing it, and consider letting the dough rest before rolling it out.

If you enjoyed this article, try:

Pizza Tray VS Stone; What Are The Differences?

Do You Need To Grease A Pizza Tray? [Tips On How To Prepare One]

How To Put Dough In A Pie Pan [A Complete Guide]

Do Peanut Butter Sandwiches Need To Be Refrigerated?

How Long To Cook Noodles By Type