Garbage disposals are an excellent addition to your kitchen. But adding one may leave you with questions about the garbage disposal layout. Is it possible to have a unique setup for your new garbage disposal? We did some research to find out more.

Though it is common to see garbage disposal switches on a wall near the sink, there is a more popular location. Most garbage disposals have an air switch on the countertop behind the sink. However, there are also uncommon locations, such as in a cabinet above or below the sink.

The most common location is to place the air switch next to the faucet on your sink. However, you may have concerns about this or wish to put the switch out-of-sight. This post will further explore the benefits and risks of different locations and other information about garbage disposals. So, read on! 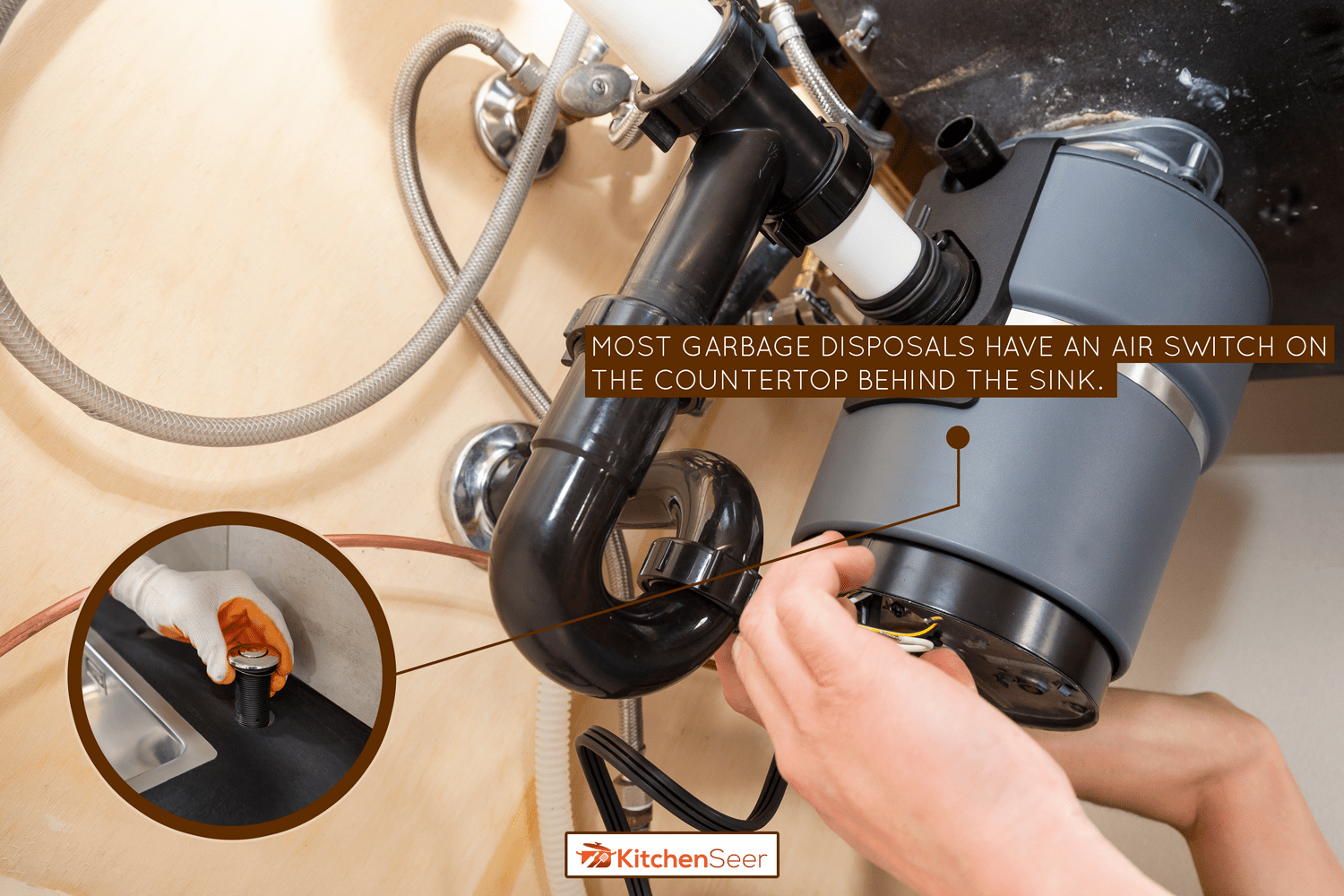 What Options To Explore?

To reiterate, the three location options for the switch of your garbage disposal are on the countertop, the wall, or in a nearby cabinet. Each of these locations has different benefits.

Though the countertop air switch is more common now, it may not be what you're looking for. Which option is best will mostly depend on your desires for your kitchen.

The least popular location for the garbage disposal switch is inside a nearby cabinet. This is because it takes away any real convenience by requiring you to open the cabinet door to work the disposal.

However, this could be the more appealing option for you if you prefer to hide the switch rather than leave it out in the open.

The second most common location is to have a switch on the wall next to the sink. This was the most popular option before the air switch on the countertop.

Older houses with garbage disposals will most likely have switches like this. Though these are convenient, they are not as popular now as they previously were.

The most popular, and arguably the best location is the air switch on the countertop next to the sink faucet. This is because you can work the disposal with a simple button press and do not have to reach as far as you would for a wall switch.

Though they are the most popular, they are also more expensive and can be difficult to install correctly. 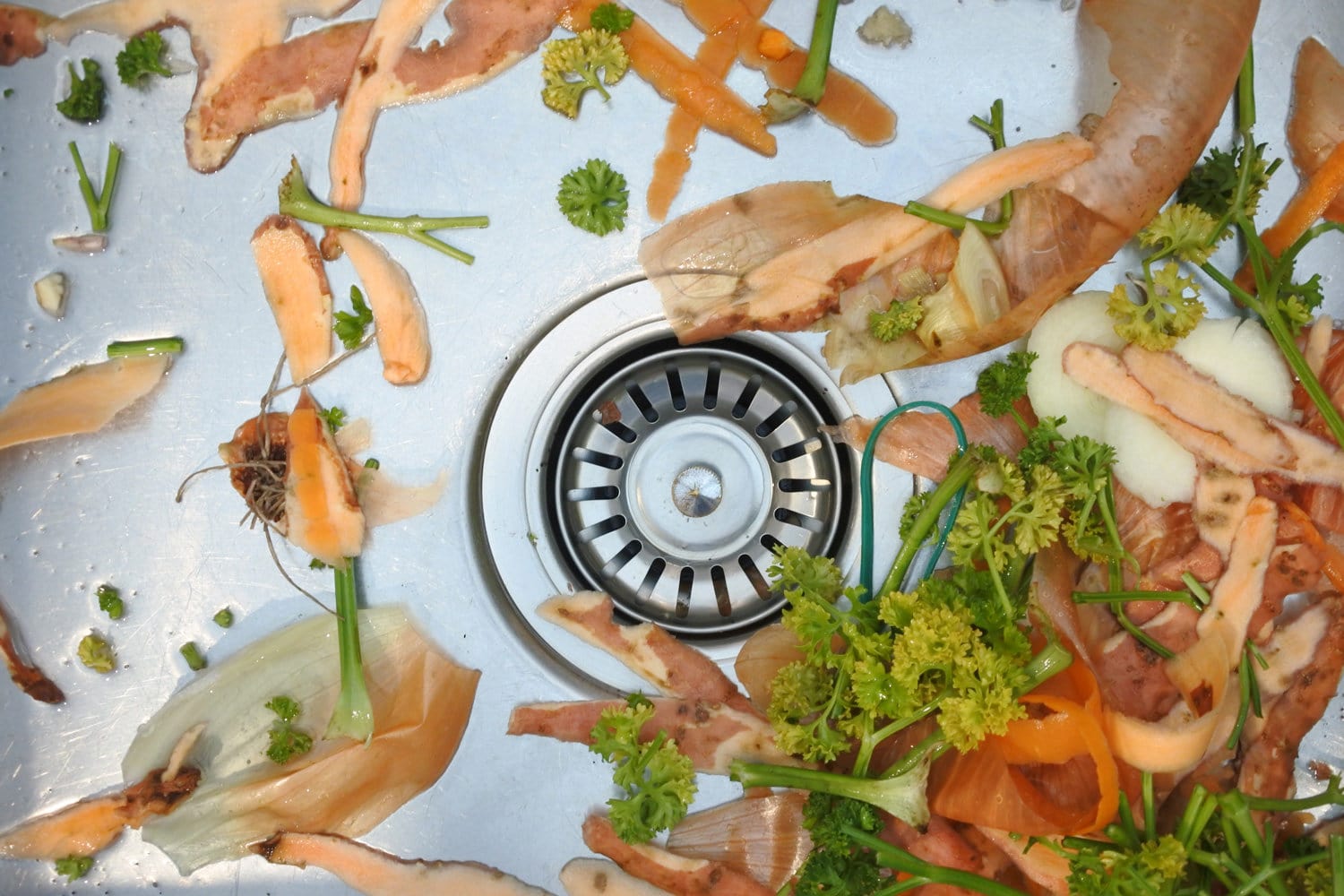 Electrical Switches - What To Know?

The main dilemma in picking the right location for the switch is what type of switch can you use in the chosen area. If placing the switch on the wall or in a cabinet, the only switch option is an electric one.

For switches on the kitchen counter, the only safe option is an air switch. Both switch types come with advantages and disadvantages that you should carefully consider before making a final decision.

Though electrical switches are more common throughout any house, they are less convenient for garbage disposals because they have to be on the wall.

Because of this, you may have to walk across your kitchen to control the disposal. The switch must be far enough away from the sink to avoid potential contact with water, which might result in dangerous shocks.

On the plus side, electrical switches are easier to hook up and cost less than air switches. The switch would directly connect with electrical wiring already in the walls of the house and depend only on that.

This makes the installation process more predictable and easier to complete properly.

Air Switches - What To Know?

Air switches come with the convenience of being as close to the sink as possible. They also do not have any of the risks that come with electrical switches because they work solely on pressure.

Without having to rely on electricity, these switches can go right next to the faucet. Though there is additional safety with these switch types, they can be much harder and more expensive to install.

Because these switches work similarly to a plunger, they may not be compatible with all garbage disposal types. If wanting an air switch, make sure your disposal will work with one first.

Without having the extra power in the switch from electricity, several minor issues with the garbage disposal become more likely. These issues include:

Whether you have one large sink or a double sink, the question remains of which side to put the garbage disposal switch on. This is purely up to personal preference and what makes sense for your kitchen.

With a large sink, you can easily choose either side of the sink to put the switch on regardless if it goes on the wall or countertop.

If you have a double sink, the garbage disposal will only be in one of the two sinks. It would make the most sense to have the switch on the same side as the disposal.

If one sink is not as deep as the other, it's better if the shorter sink is where the garbage disposal goes. This leaves more room for the disposal underneath the sink.

Though these options are common and recommended, you can easily decide to go a different route. The layout of your kitchen, as well as your goals for the overall look, may mean the switch would be better in a less likely location.

No matter where you decide to place it, make sure you will be comfortable getting to the switch as often as you will need to.

What About Garbage Disposals and GFCI?

A common question with garbage disposals is if they have to be on a GFCI or a ground fault circuit interrupter. These are small devices that go in an electrical system or power cord to protect users from electrical shock.

However, the National Electrical Code does not require one with garbage disposals.

You can easily have one put with your disposal if you chose to, but there is no guarantee it will stay in place for long.

Does It Need A Dedicated Circuit?

Though it may sound easier to have the garbage disposal share an electrical circuit with another appliance or the outlets in your kitchen, the disposal requires a circuit to itself.

This is because, though it is much smaller than most other appliances, it uses a large amount of power once it is on.

Without having the disposal on its circuit, you may notice lights flickering whenever you use it. It is also possible to blow a breaker or fuse if too many things overload one circuit.

For the highest efficiency and safety, have an electrician present during the installation.

Do You Need To Clean A Garbage Disposal? 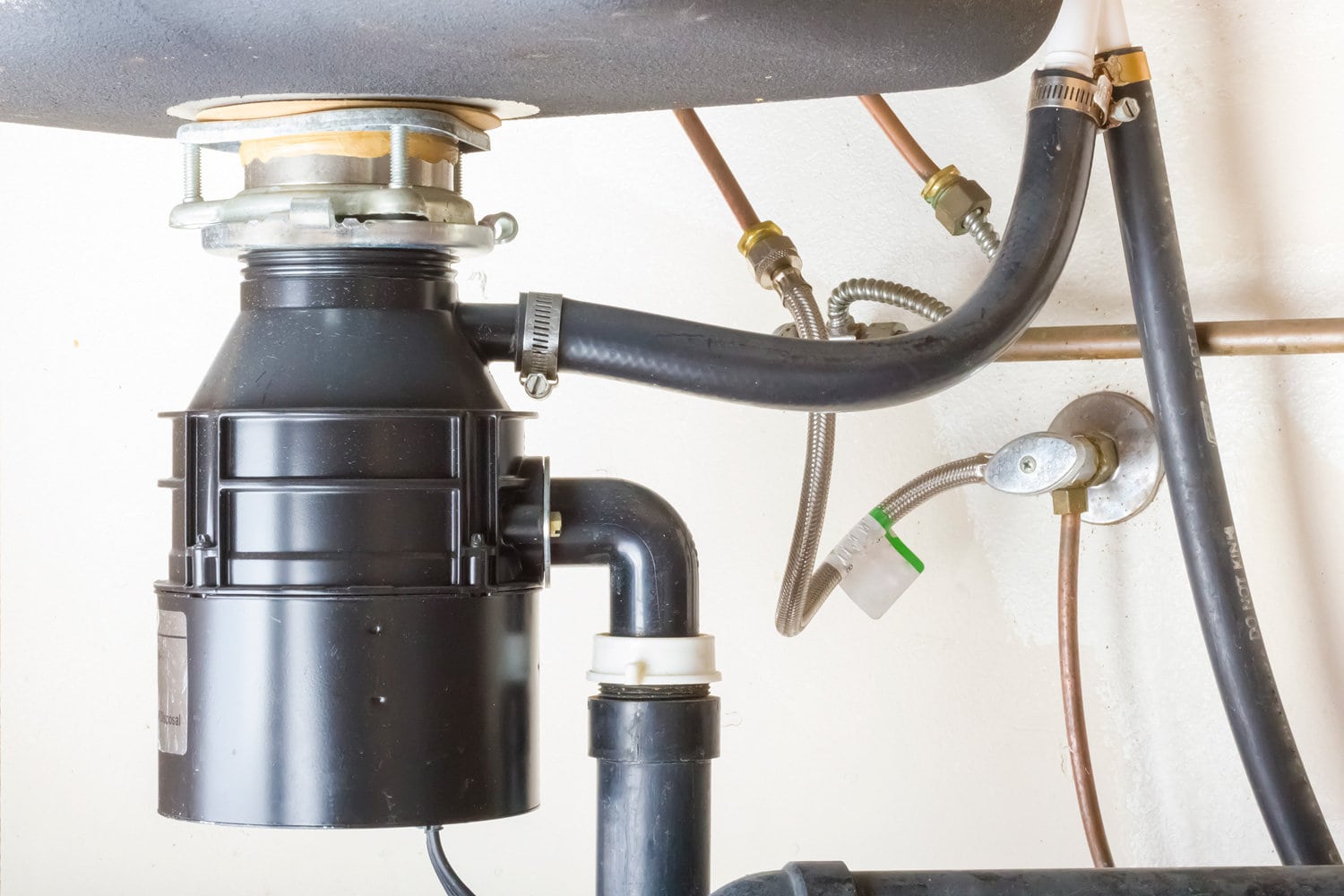 If you do not use it as frequently or monitor what types of food get left behind, you might only be able to clean it every 2 to 3 weeks.

When cleaning a garbage disposal, there are several home remedies you can use. Many people recommend using baking soda and hot water, while others suggest using citrus peels.

However, there are also several types of cleaners specifically for garbage disposals. There are also brushes you can use to scrub some of the more stubborn foods out of the disposal.

Check it out on Amazon!

Check this out on Amazon!

Most appliances using water have an air gap to keep clean water from reaching contaminated water. This is no different for garbage disposals.

To keep dirty water from getting into the source of clean water, there needs to be an air gap between those two areas. How big this gap needs to be depends on the size of the pipe in your appliance.

Though there are many options to explore when installing a garbage disposal, the most popular location for the disposal switch is on the countertop next to the faucet.

This involves having an air switch that will be more convenient for everyday use than an electrical switch. Whichever option you choose, your kitchen will certainly benefit from having a garbage disposal.

For more information regarding garbage disposals, check out these two posts:

Can You Install A Garbage Disposal In Any Sink?

How To Clean Garbage Disposal Trap And Drain

Can You Replace Your Microwave With An Air Fryer?

Can You Use A Food Processor To Slice Potatoes? [Here’s How to]