A hearty soup makes for a delicious meal for just about any occasion, given the versatility with which you can curate and combine ingredients, and noodles are a quick and simple way to give your soup added substance and flavor. But noodles are a substantially more fragile ingredient than most and raise the question of timing. When is the right moment to put in your noodles compared to your broth and other additives? Do they go in cooked, al dente, or as yet untouched? We've found the best ways to add noodles to the soup, depending on the type of noodle.

The answer is, unfortunately, there is no one answer. Noodles sometimes go into a completed soup broth; they sometimes do better separately boiled in water to your preferred firmness and added after the fact. A lot of it boils down to several factors, including the type of noodle you are using, the type of soup you are making, and your own personal tastes and how they play into your eating habits. These things will help decide when and how your noodles go into your soup and how they affect the overall flavor profile, hopefully to your liking.

While this may seem like a disappointingly vague non-answer, you're in the right place to figure things out. We here have compiled an extensive list of information on just how and when these factors come in, and all you have to do is keep reading to find out more. 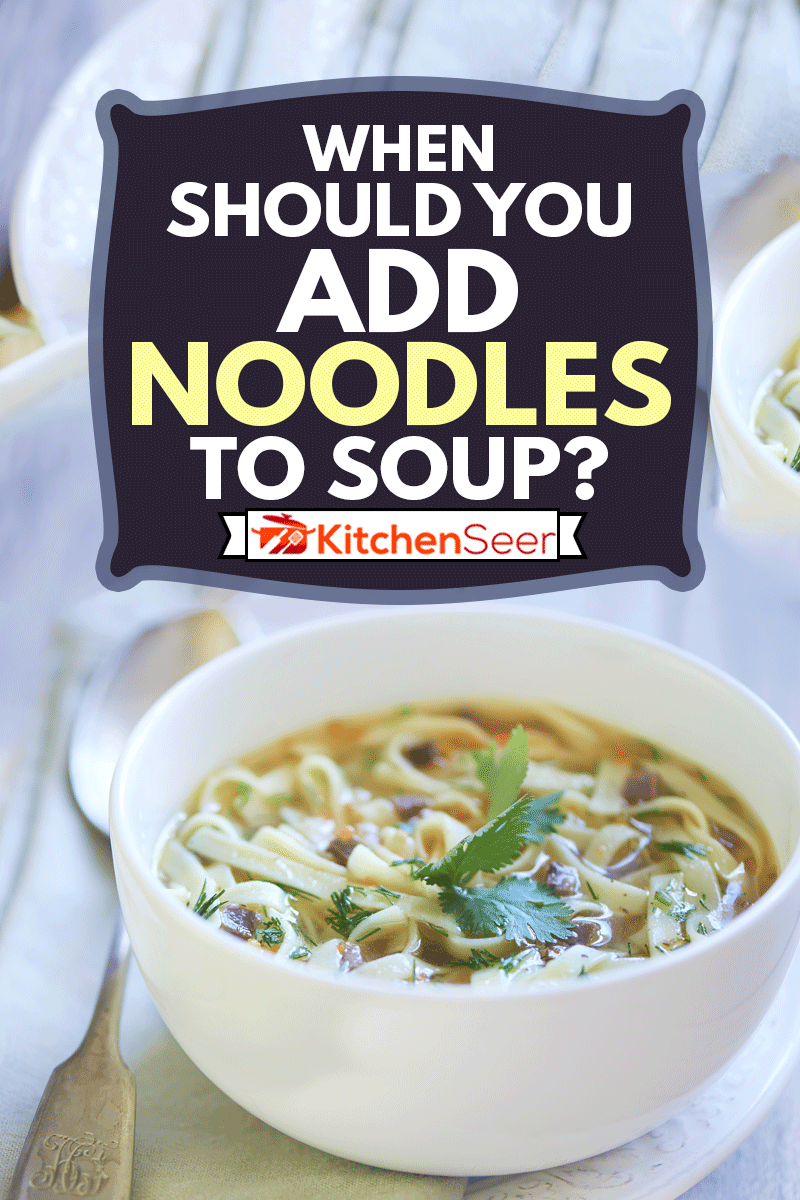 What's In A Noodle: Wheat-based Vs. Egg-based 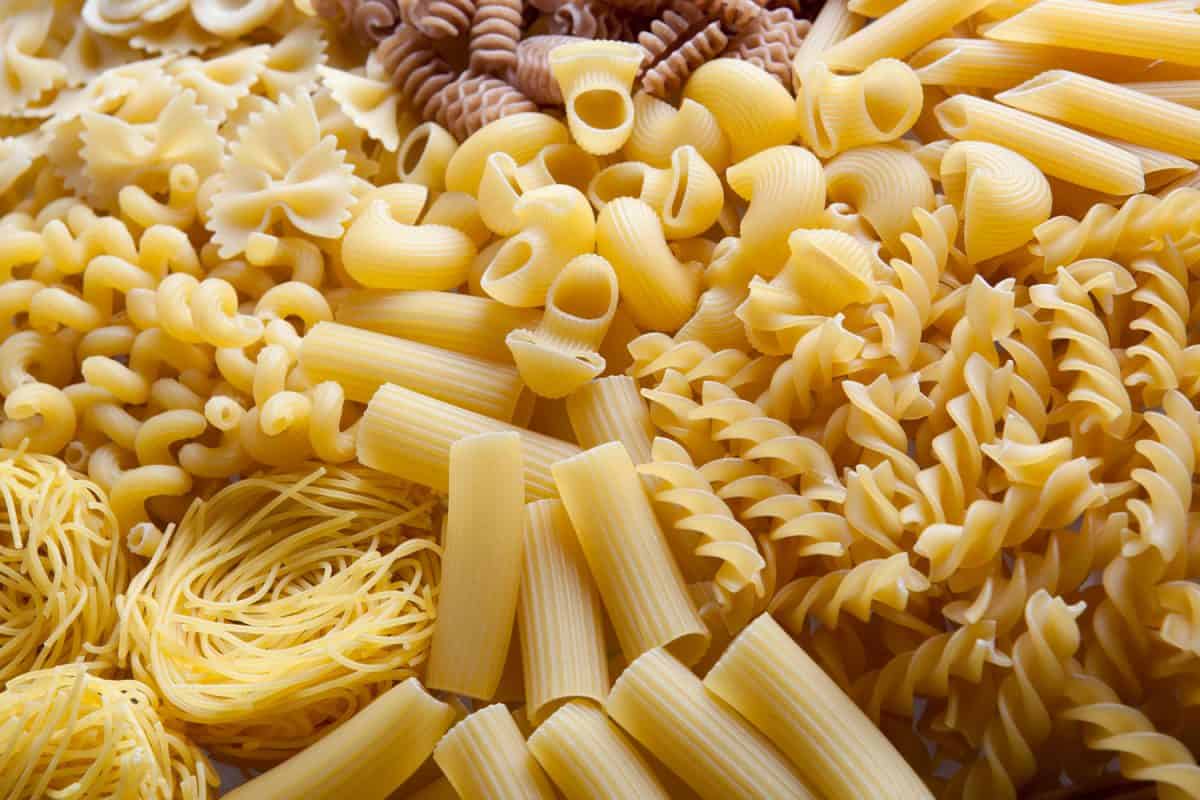 One of the first critical things to know when using noodles in a soup is what you're working with. The composition of the noodle you're using in your dish will play a fairly big role in how it can be utilized to its full potential in your meal. While there are certainly more than two types of viable noodles out there, two big categories can be discussed when looking at large swaths of commonly used pasta recipes in North America.

While many noodles, excluding dry variants such as spaghetti, require eggs, egg noodles use a higher egg ratio to flour in their noodles, hence the name. Meanwhile, wheat-based noodles or pasta contain far less egg and a much more even ratio of wheat or flour.

Since pasta, or wheat-based noodles, are firmer noodles, they can come in various shapes and sizes, from small and round macaroni to larger bowtie pasta. These noodles' size and shape play a role in the amount of water they absorb in a set amount of time and, therefore, when best added to water or broth. Thus, there is variance to when these noodles can be added to a soup when used and how.

In contrast, except for variants found in Chinese dishes such as lo mein and chow mein noodles, egg noodles are generally uniform in shape due to the reduced strength in composition, typically being long flat strips dough. Their reaction time to water is pretty standard due to this general uniformity. Once you pin down how to successfully handle them in a recipe, it works well across various dishes.

As previously mentioned, there is an actual variance in pasta noodles due to their lower egg and higher flour or wheat content. Because of this, pasta noodles are generally sturdier and can handle more during the cooking process. Thus, how you can utilize them in dishes, including soups, is generally much broader. Pasta noodles aren't without their limitations; however, they aren't one-size-fits-all, leading to questions on how best to utilize what noodle in what soup when looking to maximize potential. 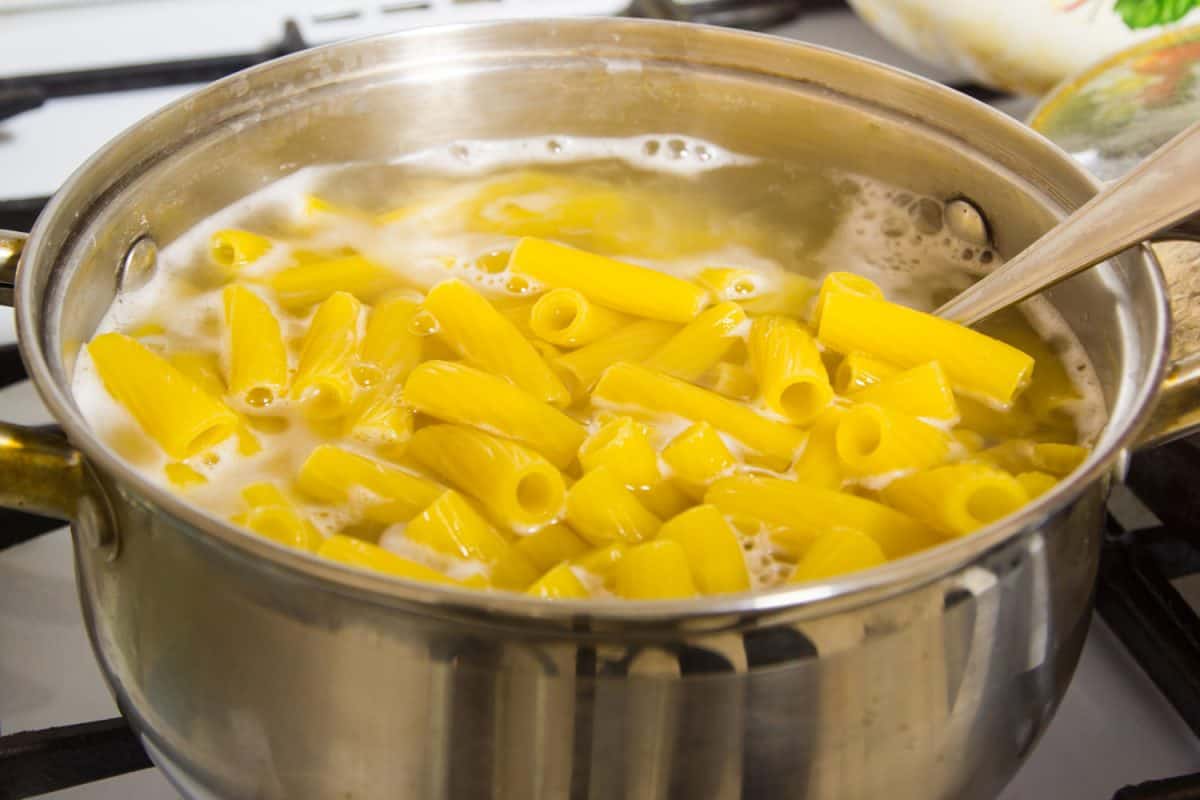 What Are The Best Noodles To Use In Soup?

A general rule of thumb with what type of pasta goes well with what type of soup is that a clearer simpler broth pairs well with smaller noodles, such as stelline or orzo, and fewer competing ingredients. This allows the pasta, which will be delicate from cooking and absorbing fluids upon serving, a much better chance at remaining intact and appetizing to your diners. An exception to this is types of stuffed pasta which, while much bigger, are also delicate and have similar desirable traits of intactness in their structure within a soup.

Thicker, heartier soups can utilize bigger noodles like macaroni and tubetti, prone to soaking up liquids but are a stronger noodle that can handle a thicker broth without breakdown. The broth's opaqueness also means released starch will not affect appearance, and where your noodles cook can be left largely up to taste.

If your kitchen is equipped with a pasta maker, check out several other great and easy uses for your pasta maker.

Can You Add Uncooked Pasta To Soup?

It depends! Cooking your noodles directly in your broth injects flavor right into the noodle, and you may prefer this to a separate pot of water if using noodles that are up to the task. If your soup has a clear broth and you want it to remain clear, you likely won't want to cook your noodles in your broth due to the starch the noodles will release during cooking. Other ingredients in the soup might compete with cooking noodles if they are fragile. But if your soup's broth is opaque already, or appearance doesn't concern you, the additional flavor might be of interest to you. 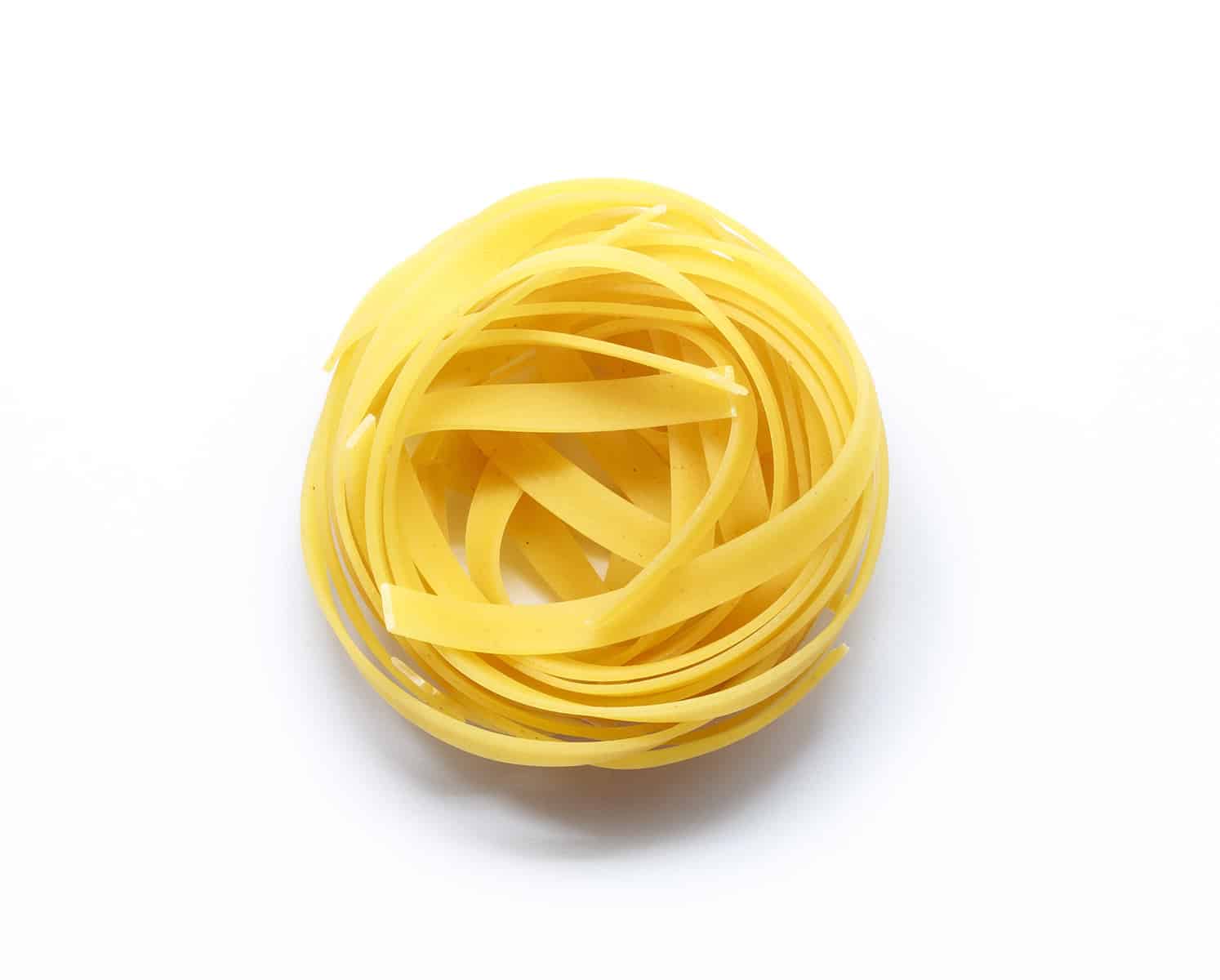 When it comes to soups, egg noodles are largely utilized in chicken-based soups, the most famous of the humble chicken noodle.  While your options are generally more limited than those of their wheat-based cousins, the finickiness of egg noodles can cause some questions to rise during preparation as well.

Will Egg Noodles Get Soggy In Your Soup?

With their increased surface area due to their shape, egg noodles will continue to soak up liquid long after being cooked, much like pasta, and quickly turn mealy and unappetizing.  Their long flat shape likewise creates a greater surface area, increasing the absorption rate of the broth of your soup, and their increased egg content gives them a softer form. Keep these facts in mind when working with egg noodles.

How Do You Keep Noodles From Getting Soggy In Soup?

It might sound redundant at this point, but the trick with egg noodles is to add them in last, whether already boiled or cooked in your broth to your tastes. Remember: a shorter time between adding and eating your noodles leads to a more al dente noodle.

If boiling your noodles in separate water, a good tip is to lightly salt your water to prevent your noodles from sticking together. Make sure always to salt the water and not the noodles, so the salt isn't directly absorbed into the noodle itself. Don't forget to consider leftovers as well. Egg noodles kept separate from broth can be saved for a day or two and added later to leftover stock; already combined noodles won't make it through the night.

If you love pasta and wonder how to keep your shelves stocked with this handy ingredient, check out "Is making pasta cheaper than buying it?"

While the general rule of thumb is to add your noodles to your soup very near the end of the cooking process, depending on how well you want them cooked, where you are cooking them (in the broth or adding them in already cooked), and what type of noodle you're using, remember is that cooking is ultimately about experimentation. Soups are a wonderfully fun dish to create precisely because of the spectrum of flavors you can create with them. Don't be afraid to try new things and enjoy them!

What Dips Do You Have With A Cheese Board? [8 Incredible Suggestions]

How Do You Store Squash? [Inc. In The Fridge And Freezer]