Hash browns are some of the most popular breakfast dishes. They carry a slight crunch - and their savory flavor is hard to beat! Hash browns only become problematic when you attempt to make them yourself. There are so many potatoes to choose from - which ones are the best for hash browns? Let's find out!

Why does potato choice matter for the texture you're chasing after? As you might already know, not all potatoes are the same. Some are better for use in other dishes. Of course, that doesn't mean you can't try your hand at cooking hash browns with them. If you'd like to learn the science behind it, keep reading ahead.

The Types of Potatoes

So, what exactly makes a good potato for hash browns? As mentioned, starchy variations produce the crunch that we all know and love. On the other hand, waxy potatoes will cook better and hold their shape. Why isn't waxy the better choice?

We'll have to understand how each kind of potato reacts under the heat. There are three categories of potatoes: waxy, starchy, and all-purpose. These categories are loosely based on starch content.

Starchy potatoes will have a high starch content - but low moisture and sugar content. For this reason, they're favorable for baked, mashed, fried, or roasted dishes. 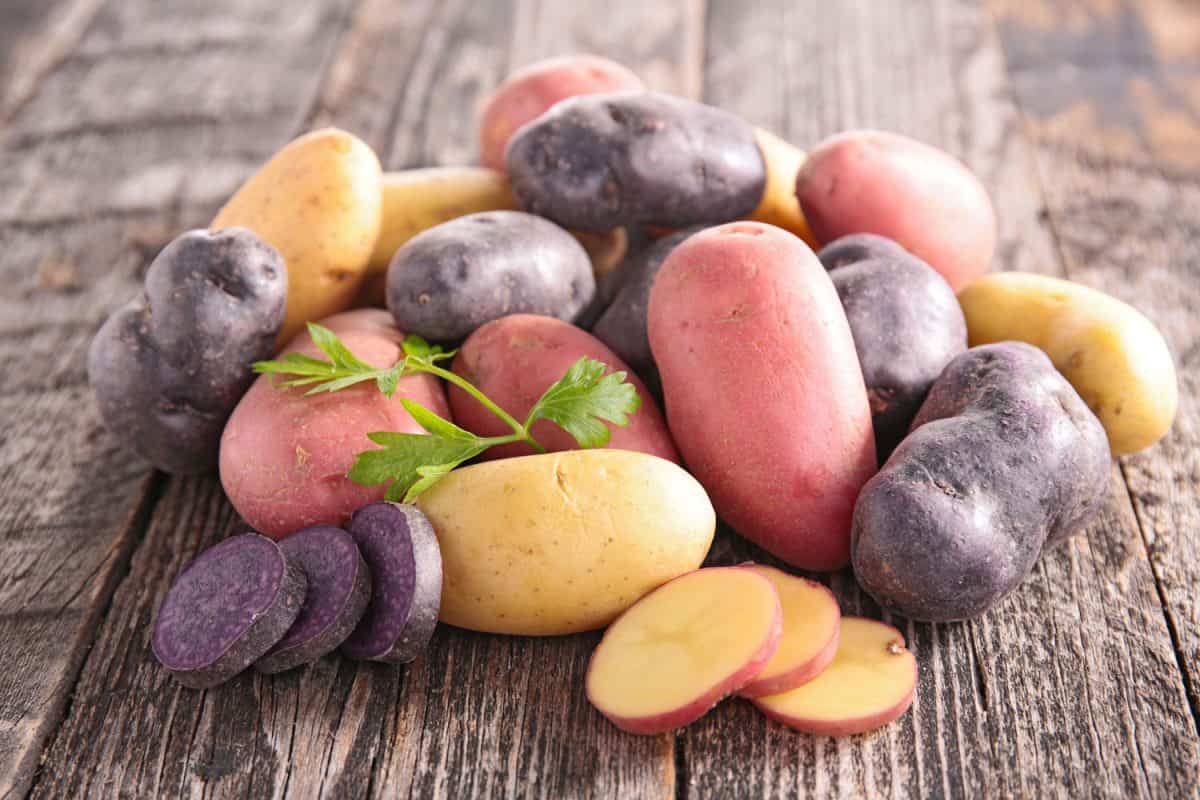 All-purpose potatoes fall in the middle. They don't have high water content. For starch content, they fall in between starchy and waxy potatoes. These potatoes are the safe pick if you want to try just about any potato dish.

Does that make them suitable for hash browns? Yes, but they won't produce the same results as starchy varieties.

So, it begs the question, why would starch and water content matter for frying?

Moisture is the enemy of a crispy outer crust. When you fry foods high in water content, there's an excess amount of water that will escape. As some suggest, this situation will cause steam. When more starch is released from the potato, it will mix with this steam and create a soggy mess.

For this reason, it's also advisable not to crowd the pan when you're frying a dish. The more steam present, the more likely you'll get a soggy hash brown. But, what exactly happens during the frying process?

How Potatoes React When Frying 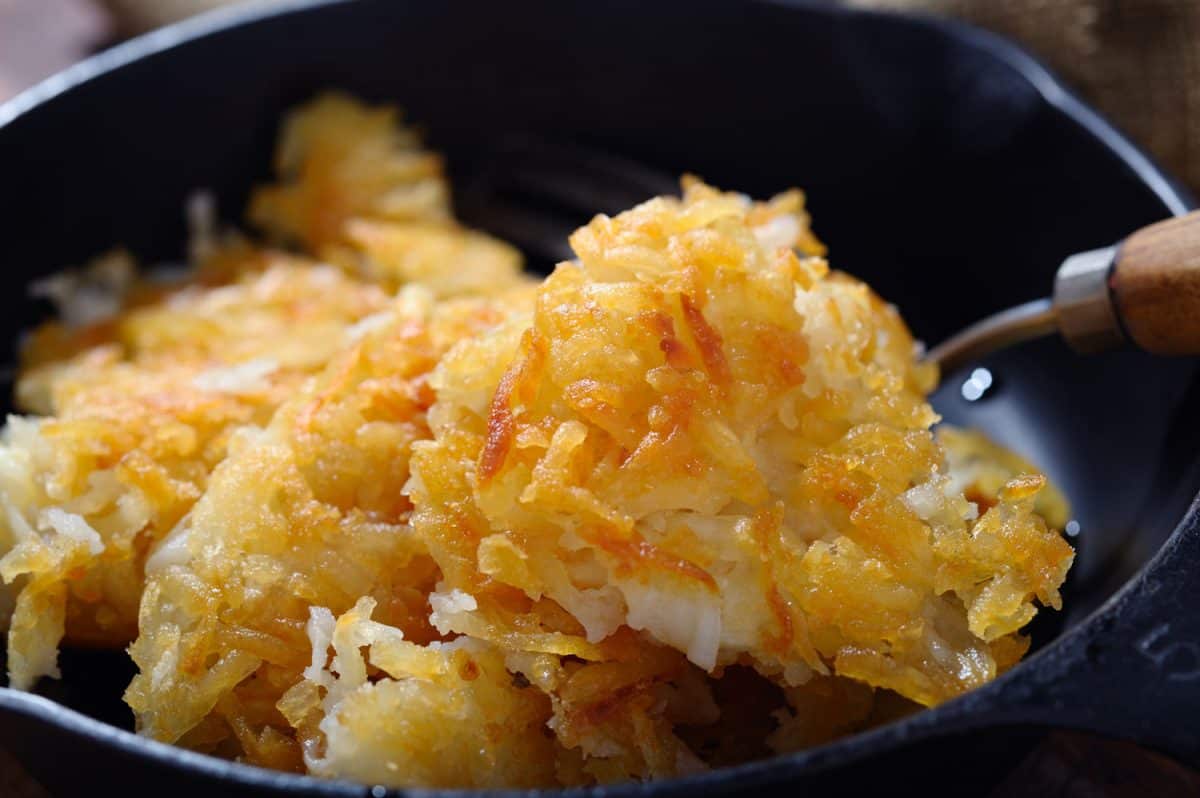 When you drop a potato piece in frying oil, the moisture present at the surface of the potato turns into steam. The steam pushes outward. This action causes the sizzle and bubbles we're all familiar with.

As it's frying, water from the center of the potato will move outward. It does this to replace the water lost on the surface. This is great for frying because it does two things: it removes most of the internal moisture and creates a barrier.

The barrier on the surface will only allow a small amount of oil to be absorbed. It keeps oil at bay by preventing it from entering the potato. At most, it will settle near the surface.

Starch comes into play by absorbing the moisture at the surface. Accordingly, it will begin to expand. As you might guess, the surface will seal - further limiting the amount of oil entering. However, this also traps the remaining moisture inside.

Granule starches will absorb the remaining moisture inside to create a crispy layer. On the inside, the potato will become dry. Thus, it produces the traditional hash brown we all know and love.

What Happens When You Fry Waxy Potatoes?

So, what makes waxy potatoes bad for frying? As mentioned, they contain a high water content and low starch. So, they'll go through the same process above. But, the difference will be in the moisture trapped inside.

Waxy potatoes won't have enough time to lose all their moisture. Instead, they'll brown relatively quickly. Additionally, there aren't enough starch granules to absorb the excess inside. When you take them off the sizzling oil, they will turn limp and soggy afterward.

The reason is that there's still steam trapped under the surface.

If you want a traditional hash brown, the consensus is to use a starchy potato. Potatoes that fall in the starchy category are:

Though, Russet potatoes are usually the go-to option for hash browns.

Of course, sometimes we don't want to rush and go out to purchase potatoes. So, what can you do if you have waxy potatoes at home instead? Although the starchy variation is more favorable for this dish - it's still possible to make a good hash brown with slightly waxy potatoes.

The essential factor to keep in mind is that you need to remove as much moisture as possible. Depending on how you're preparing the hash brown, you'll have to squeeze the potato to let as much water out.

Are Breakfast Potatoes the Same As Hash Browns?

Hash browns would also fall into the breakfast potato category. So, in a sense, they are the same - but they're a type of breakfast potato. The essential difference between them all would be in how they are prepared.

What Is the Difference Between Hash Brown Potatoes and Home Fries?

You might have run into this predicament in a diner before. The waiter might have asked - would you like home fries or hash browns? It begs the question, what's the difference?

The difference lies in the preparation. Hash browns put more emphasis on texture. You prepare them in oil - whether on a deep frier or a skillet. The most common potato used for this dish is the Russet potato.

The outside of a hash brown is crunchy. And, on the inside, it's dry. Overall, there isn't an emphasis on taste. The potato itself and the texture carry the experience.

On the other hand, home fries will usually have more flavors that kick in when you're eating them. If you're cooking home fries, you're most likely adding thinly sliced onions and chopped bell peppers or chile peppers. It's not so much the outside that's important - it's the flavor.

Additionally, they're in cube form. It can serve as a complement to other types of food. 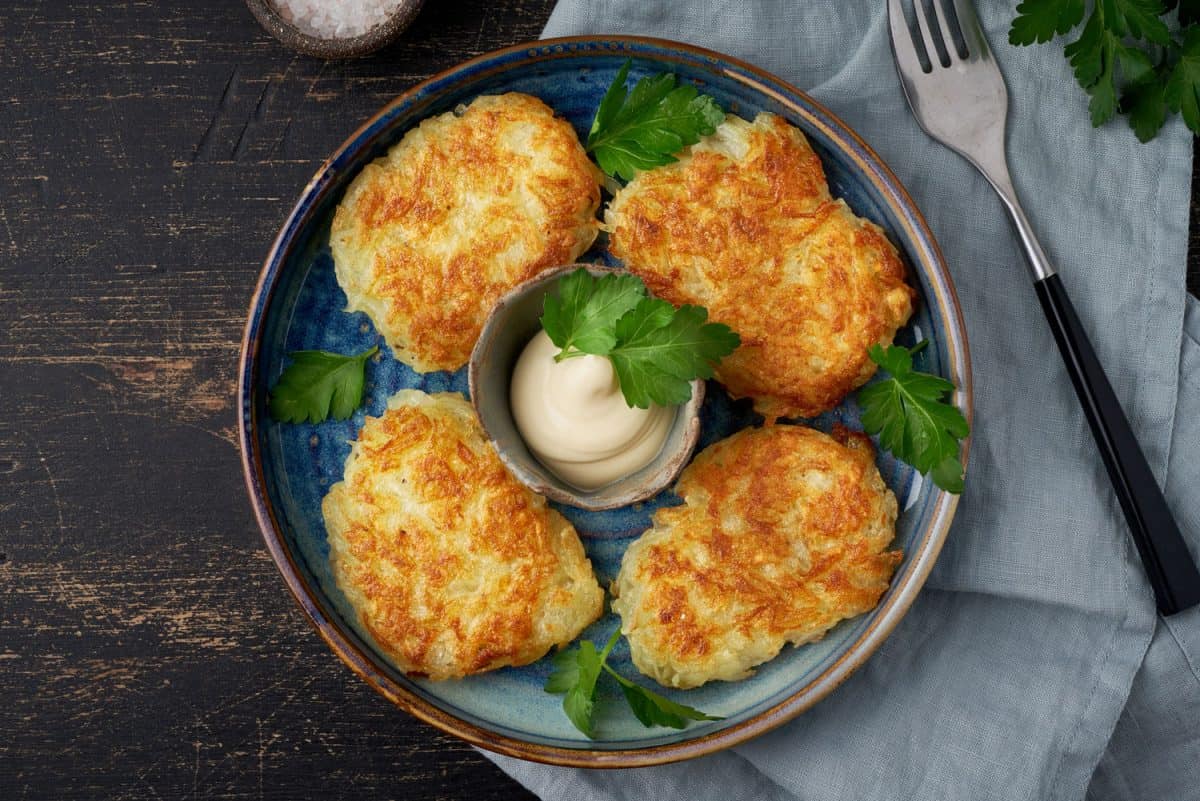 When you're starting to consider health in choosing what you eat, it's time to put dishes up against each other. In this case, you might be questioning which one is the healthier option - french fries or hash browns?

If we want to make a strong case for either, let's factor in everything from ingredients to preparation.

The main ingredient for both dishes is potatoes. Most cooks will use Russet potatoes to prepare them. It's the healthiest ingredient present in both.

In terms of fats, most would prefer using a neutral-tasting oil. In this case, you can consider which one was made with a more nutritious option. For example, if the hash brown is prepared with avocado oil, it would be healthier than french fries prepared with corn oil.

Lastly, hash browns and french fries use salt. There isn't necessarily a required amount for either. Thus, we can't make a case for which one would be healthier.

All in all, one isn't necessarily healthier than the other. Hash browns and french fries have the same ingredients. If one is more nutritious than the other, it would depend on how a cook prepares it.

What Tastes Good on Hash Browns? 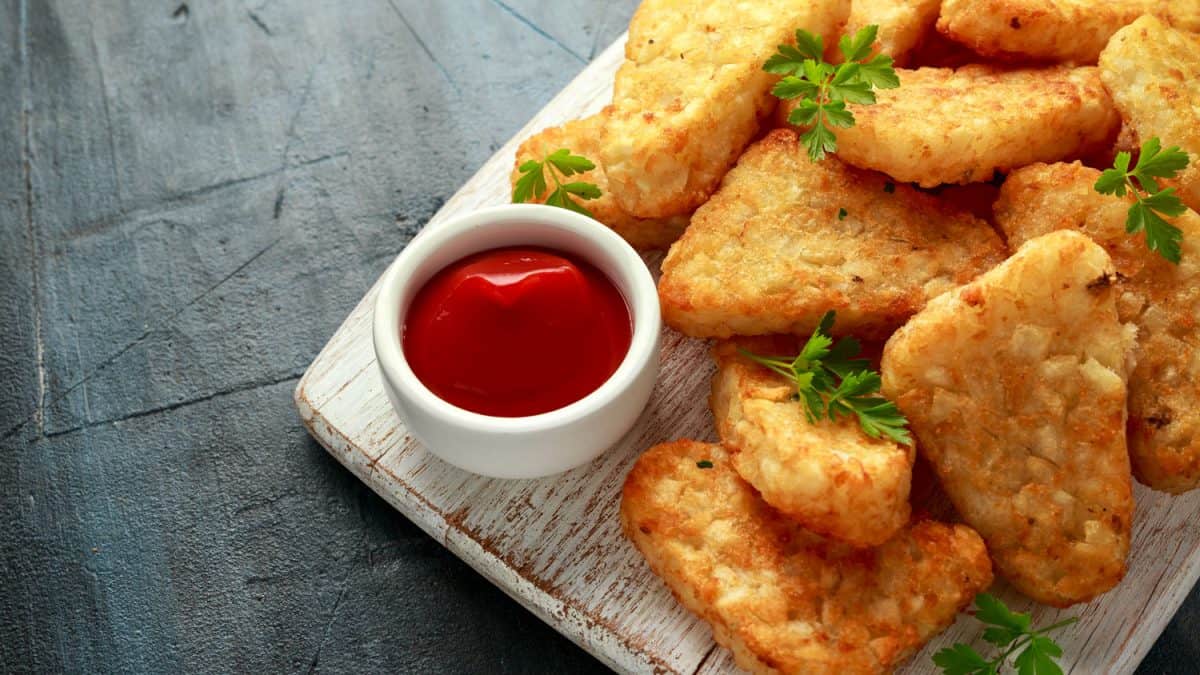 Pairing another food with hash browns wouldn't be a difficult task. They can go well with almost anything. But, some of the most popular foods to pair hash browns with are:

Nothing is better than starting your day with a hearty breakfast. Hash browns are commonly part of this meal. However, if you want a good hash brown, you need to use the right potato. We hope you found the information helpful.

Before you go, do you have other potato-related concerns? Are you still confused about home fries? Maybe you need more information on the dish. If you'd like to learn more, check out our post:

Are you trying to make healthier decisions? If that's the case, it might be time to compare some dishes. If you'd like to compare fries and onion rings, check out our post:

Onion Rings vs French Fries: Which To Choose?

How To Steam Broccoli [With Or Without A Colander]

How To Blanch French Fries [And Should You?]