A good side of gravy can make a subpar dish taste much better. Home cooks and restaurant chefs commonly use broths and meat drippings to create and flavor gravy. However, one common ingredient in this concoction is flour. Flour is typically the go-to ingredient when it comes to thickening the gravy. So what kind of flour is best? For your convenience, we have looked into several that you can use for gravy.

Overall, the most common flour used to thicken gravy is wheat-based flour (also known as "all-purpose" flour). It's typically the least expensive and the least likely to alter the taste of your gravy. Other common thickening agents used for gravy include cornstarch, rice flour, tapioca starch, arrowroot powder, and potato starch. These are also great options to consider if you prefer gluten-free gravy.

There are a number of different flours that you can use to thicken your gravy. The best one to use will depend on the dish you're cooking, any gluten preferences that you may have, and any specific taste or consistency preferences that you want the gravy to have. Continue reading to learn more about the options available. 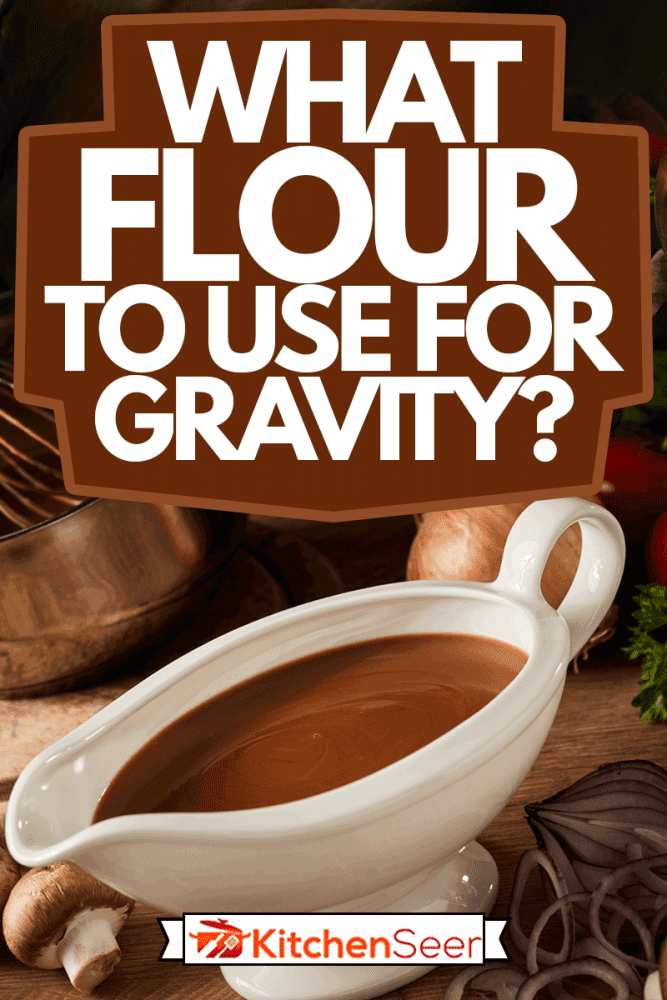 What can you use in place of flour for gravy? 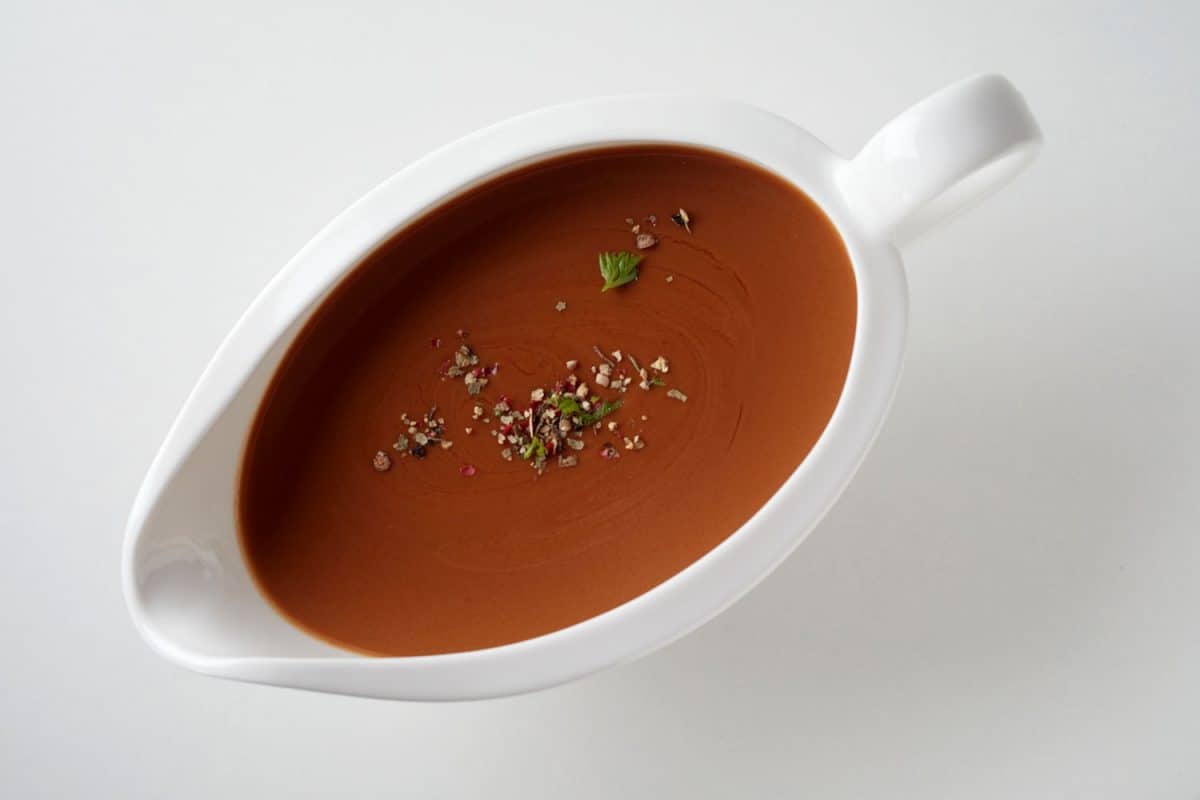 If you don't have any flour on hand and/or you're looking for an alternative that may be gluten-free, there are other things that you can substitute for it. Let's take a look at the most common ones. 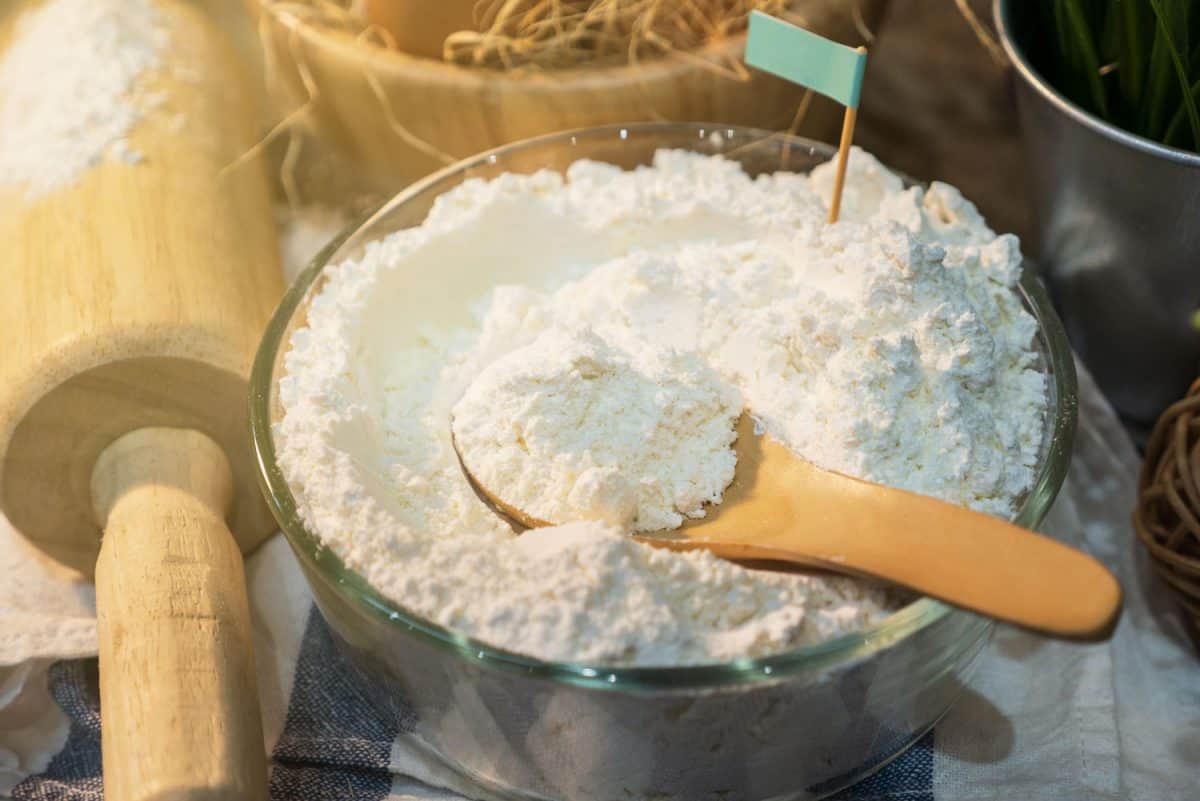 The most commonly used flour for gravy is all-purpose flour. It's made from ground-up wheat germ and contains more protein than other types of flour.

This specific flour type is typically mixed with leavening agents such as baking powder or yeast which is why it's also commonly used for baked dishes such as bread and desserts.

It's also the go-to flour when it comes to creating gravy. You can use all-purpose flour for gravy if you're looking for something that's tasteless, has great thickening properties, and will work well in savory and sweet dishes.

There's no shortage of all-purpose flour, and it's one of the cheapest flours that you can use for your gravy. 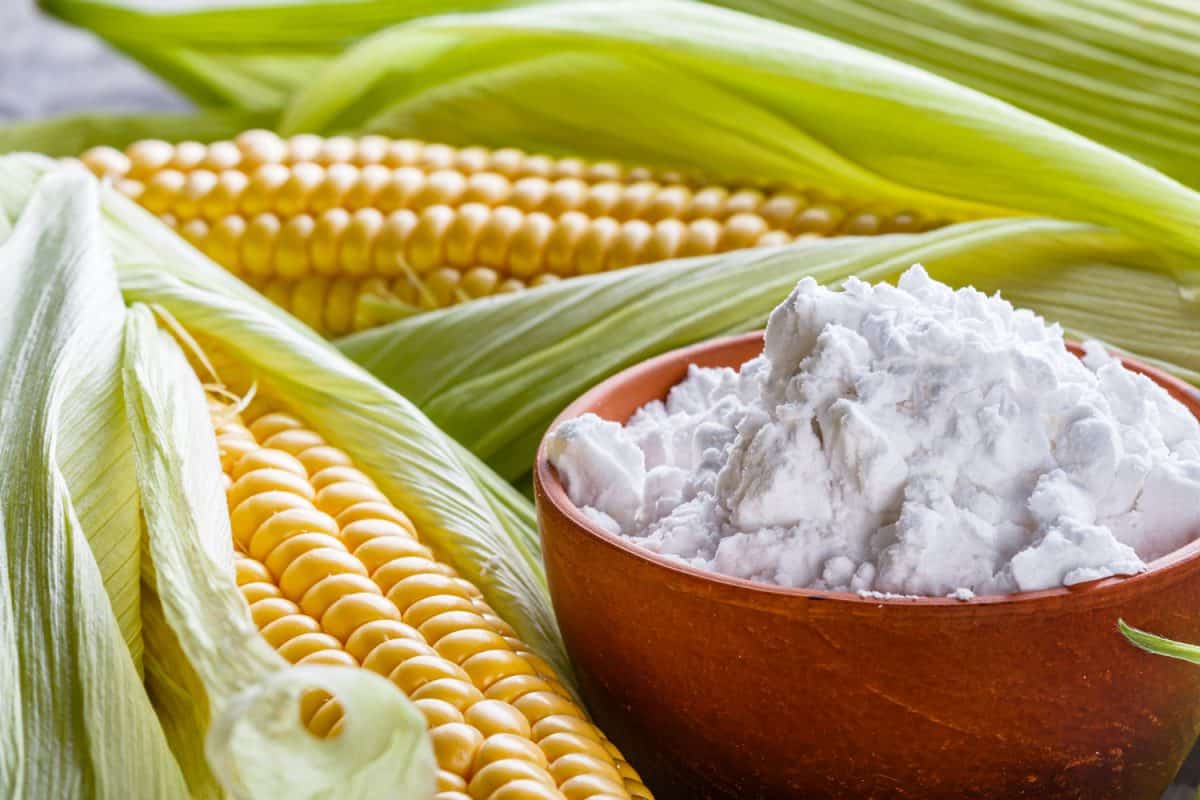 Cornstarch is great for making gravy because you don't need meat drippings to make it tasty. So if you're cooking something such as a deep-fried turkey or ham, you can just use the starch with other ingredients to make a rather flavorful gravy.

Cornstarch is typically mixed with meat stock or liquid broth to create a gravy that has more of a thick texture. However, the texture of the gravy can be as thick or thin as you desire. You'll find that the color of the gravy will be more translucent than flour-based gravy.

The cool thing about cornstarch is that you don't have to worry about it altering the taste of the gravy as other substitutes may. 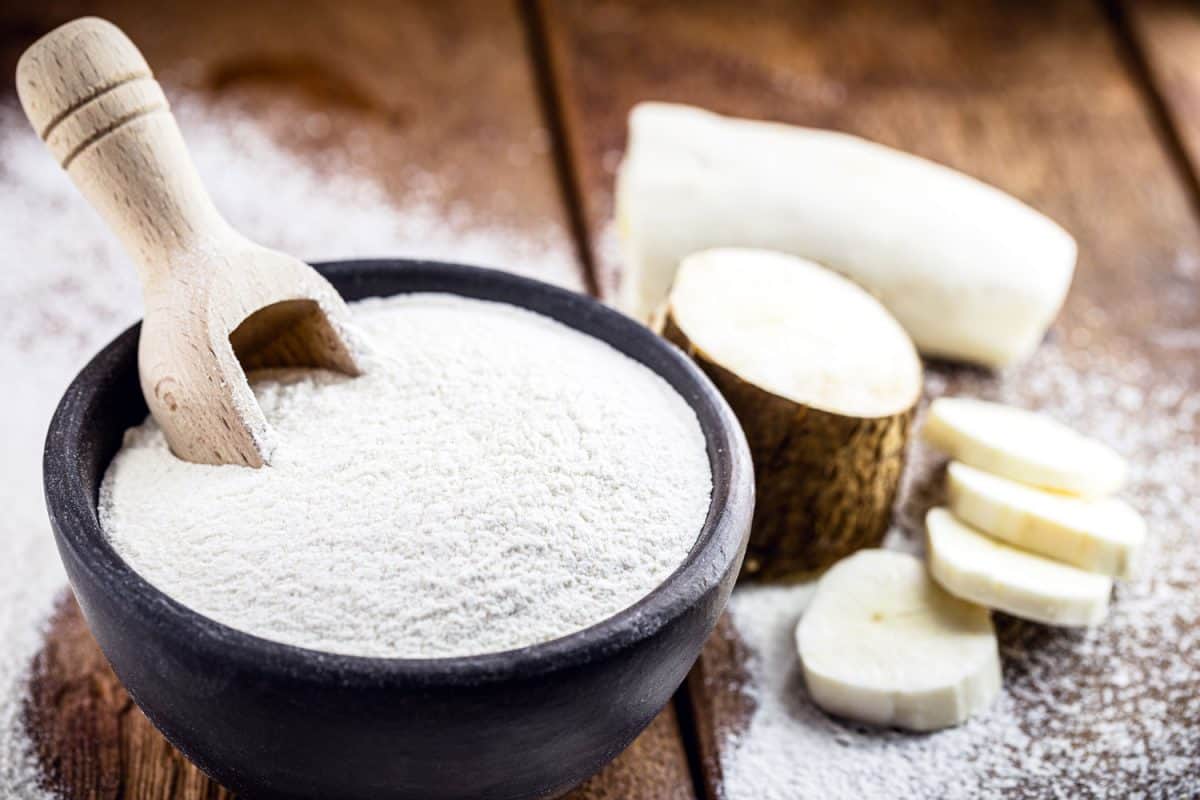 You can also use tapioca flour (also known as "tapioca starch") to thicken your gravy. It comes from the cassava plant and is very similar to arrowroot in texture and taste. If you're looking for a tasty gravy to smother roasted veggies and different types of meat with, tapioca starch makes a great option.

Not only is it easy to mix but it's relatively flavorless. It has a gelatinous texture that can easily thicken your gravy, or it can easily be thinned out with a bit of water or broth. If you need to make a quick gravy or substitute flour-based gravy for something gluten-free, consider this as an option. 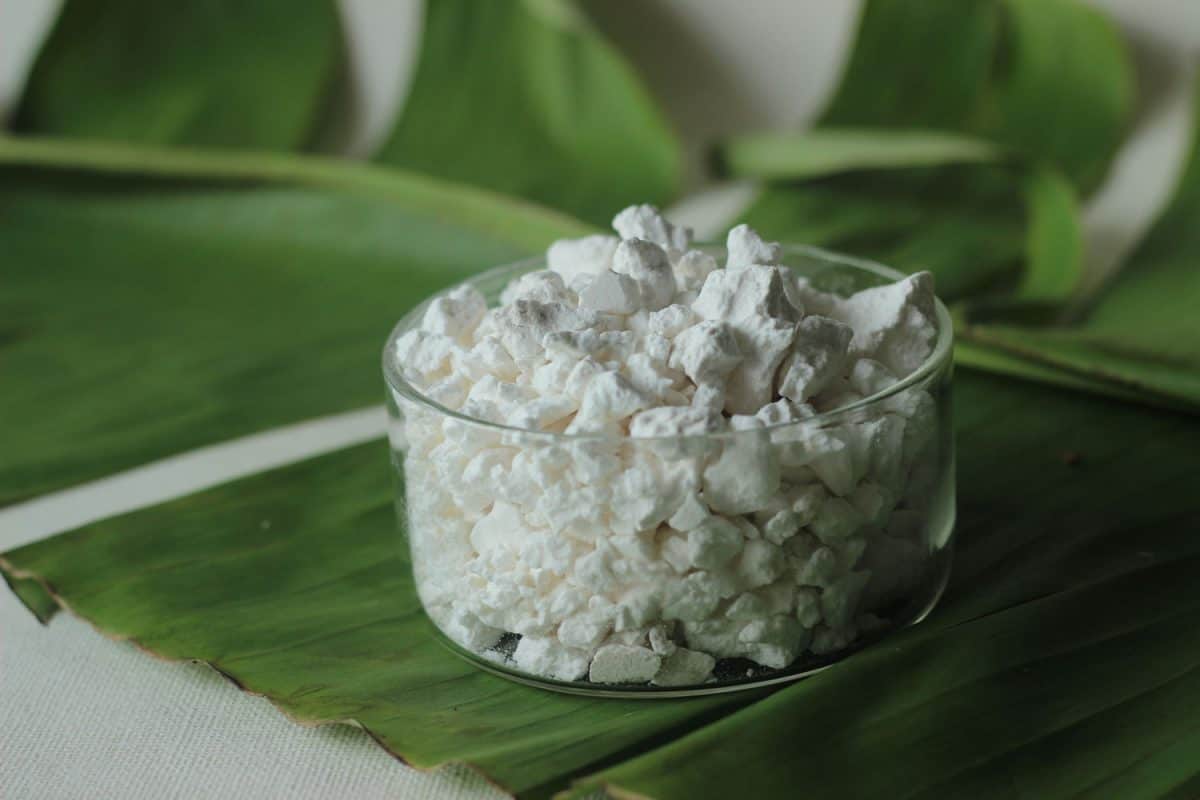 Here is another effective thickening agent that you can use for your gravy. Arrowroot flour is gluten-free and can easily be added to brown or white sauce. It has a neutral taste and works perfectly for savory recipes.

Surprisingly, it has about twice the thickening ability of regular wheat flour. You can use it as an affordable alternative to ordinary all-purpose flour.

Unlike other flours and starches, it doesn't break down when mixed with fruit juice or other acidic ingredients. You can also freeze it or refrigerate it without negatively affecting its texture. 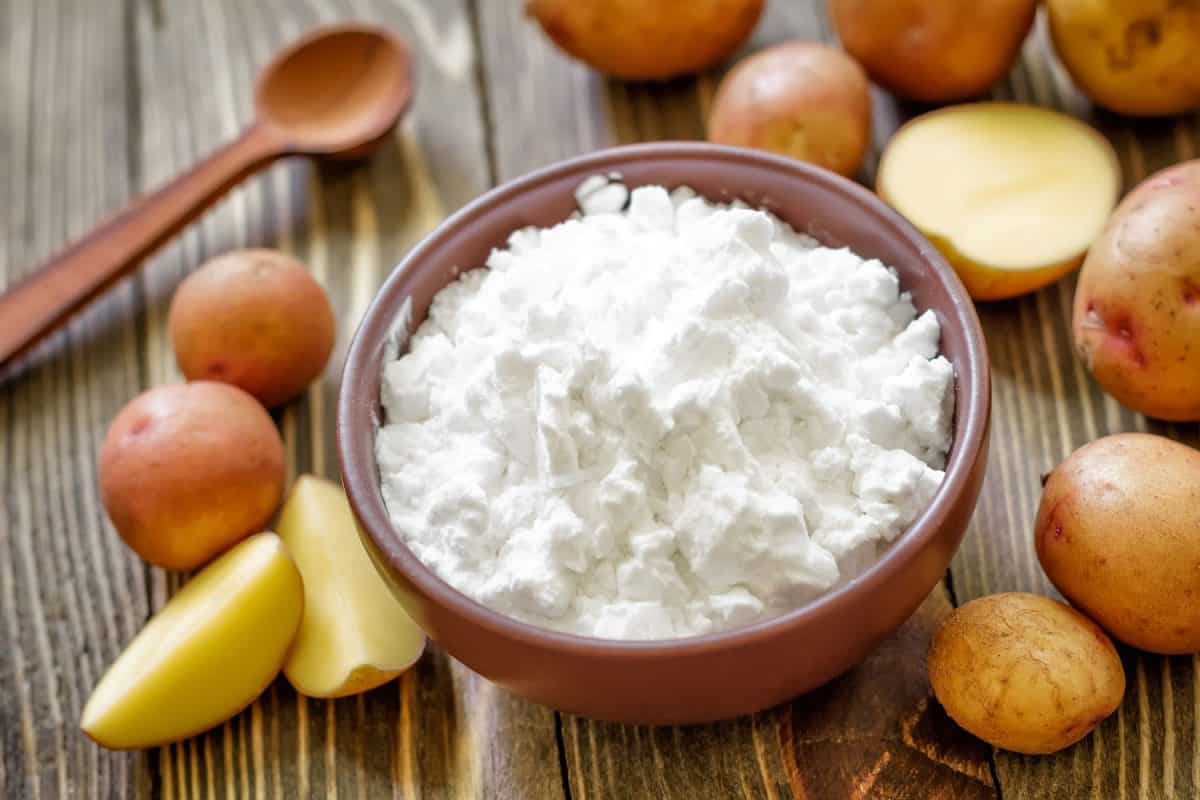 If you make a lot of baked dishes, you may already be familiar with potato starch, which is also known as potato flour. Potato starch is known for its versatility. Its flavorless thickening ability is its most important attribute.

The neutral flavor of potato starch allows it to work well in savory or sweet recipes. It can withstand very high cooking temperatures—even higher than corn flour. You can use potato flour to thicken gravy, stews, soups, and you can also add it to gluten-free baked goods to give them a more chewy texture. 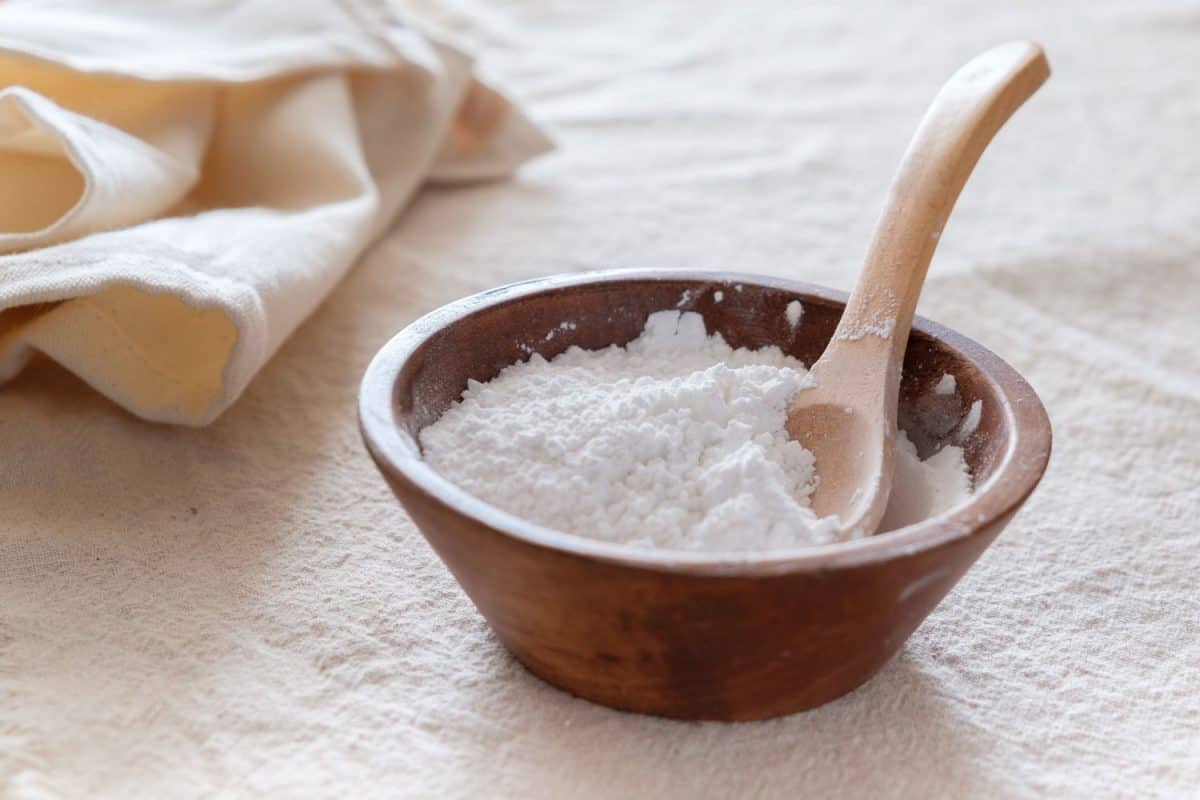 You may not hear of sweet rice flour very often, but it's gaining popularity every year. Sweet rice flour is made from ground rice and has a sticky texture perfect for moistening, binding, and sweetening baked goods.

If you bake a lot of gluten-free dishes, sweet rice flour is definitely an option that you should consider. It easily fills the chewy texture lost in non-gluten recipes and is the perfect answer for adding moisture and softness to baked dishes and desserts.

Why does flour clump in gravy? 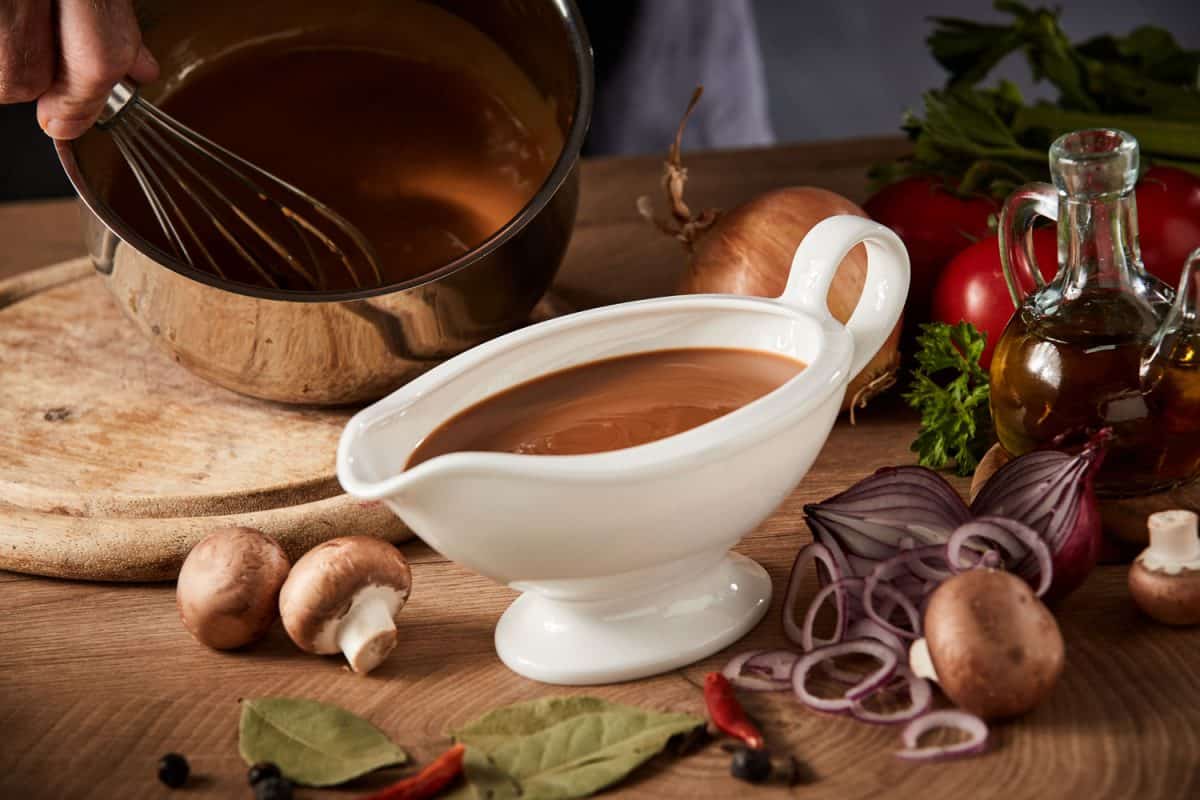 You'll typically get lumps when you add flour to a hot or simmering liquid. This is because the molecules in the starch will almost instantly gelatinize, creating small bubbles which burst and then form again.

To avoid this, consider bringing the temperature of the gravy down while adding flour, or sprinkle a small amount in at a time.

How do you thicken gravy for stock?

Reduce the temperature and allow the sauce to simmer

One of the quickest and easiest ways to thicken most gravies is to simply let it cook a bit longer. However, during this time, carefully monitor the gravy to ensure that it doesn't burn, especially if you have a gravy that will burn rather easily.

Also, be sure that you don't add too much salt with this method, as the long cooking time can cause the gravy to become salty rather quickly due to the reduction.

Consider adding a starch such as cornstarch, potato flour, rice flour, or arrowroot to your gravy. These thickening agents can quickly make the gravy slurry and as thick as it needs to be for your dish. Be sure to stir the thickeners into the gravy on a low heat setting to avoid lumps.

You can also add a few pureed vegetables to your gravy, especially if it's going into a savory dish. Consider using vegetables such as leftover broccoli, squash, or cauliflower to thicken up your gravy.

Be sure to blend the vegetables well using a blender or food processor. Note that this option is also great for enhancing the flavor of your gravy.

What is the ratio of flour to water for gravy? 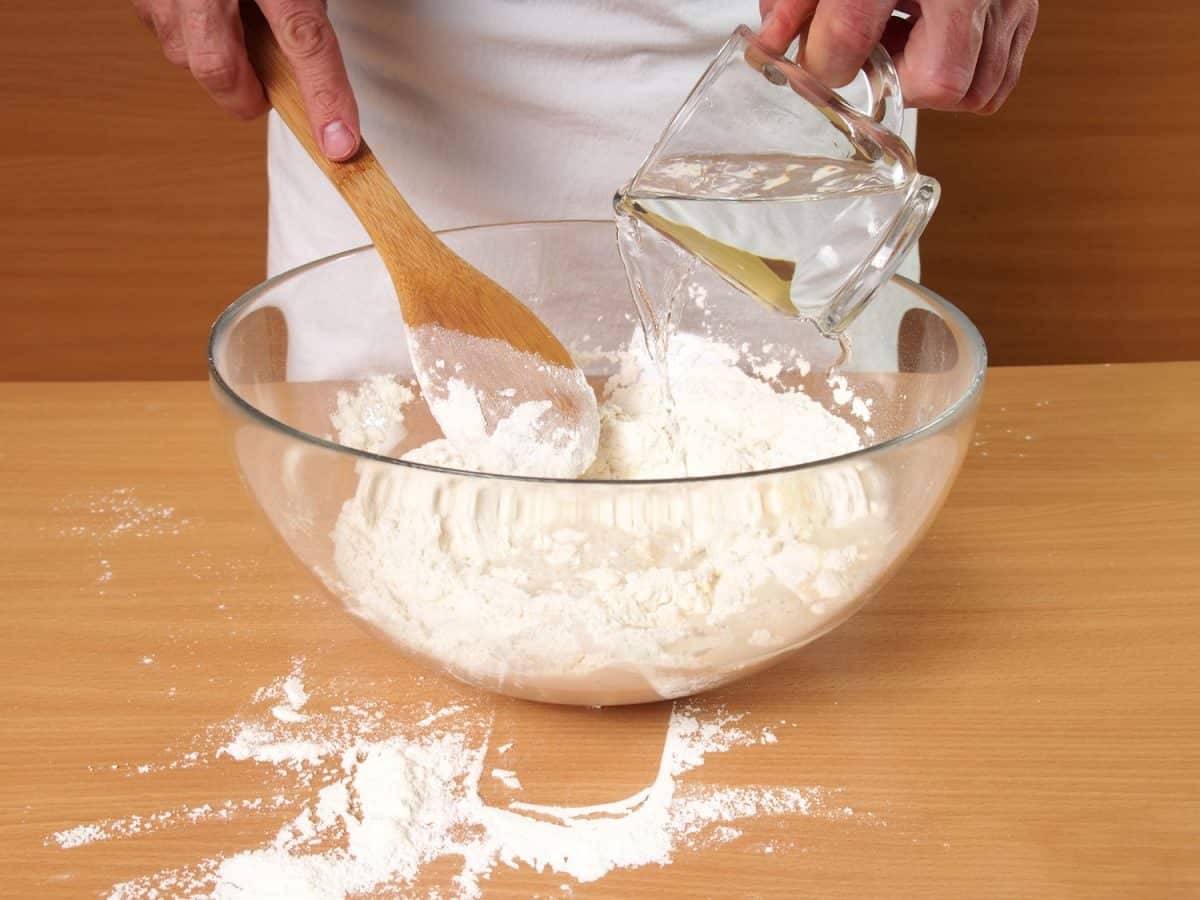 For gravy to gain a medium thickness or consistency, it's best to use about a cup and a half of flour (or other starch) for every cup of water or liquid. This will generally yield about one cup of actual gravy. If you prefer to have the gravy a bit thicker, consider adding two tablespoons of additional flour or fat (such as butter).

Yes, most gravies will have some fat content. In fact, most sauces start with fat, and other ingredients such as starch or broth are added later on in the recipe. The reason is that the fat from the meat is what brings out the flavor and often the texture in the gravy.

Even if you use a neutral fat such as olive oil or canola oil, it can definitely change the flavor and texture of the gravy in a good way.

Making a good gravy is sort of an art. And with the abundance of different starches available for thickening agents, there's no reason that you can't make awesome gravy that's thick and flavorful—even if you don't have the traditional all-purpose flour that's used.

How Deep Is A Chicago Deep-Dish Pizza?

How Long Does Milk Take To Boil?