Corn on the cob. What an amazing vegetable. When cooked to perfection, each kernel bursts with the flavor of summer. It is hard to resist making extra corn on the cob for a summer barbecue. Corn is inexpensive and absolutely delicious! People love it. So what do you do if you end up with leftover corn on the cob? We did the research, and we have all the answers you’ll need right here!

The five best ways to reheat corn on the cob are:

We will delve into how to reheat corn on the cob in more detail in this article. We’ll give five foolproof methods of heating it back to perfection right here in this article. 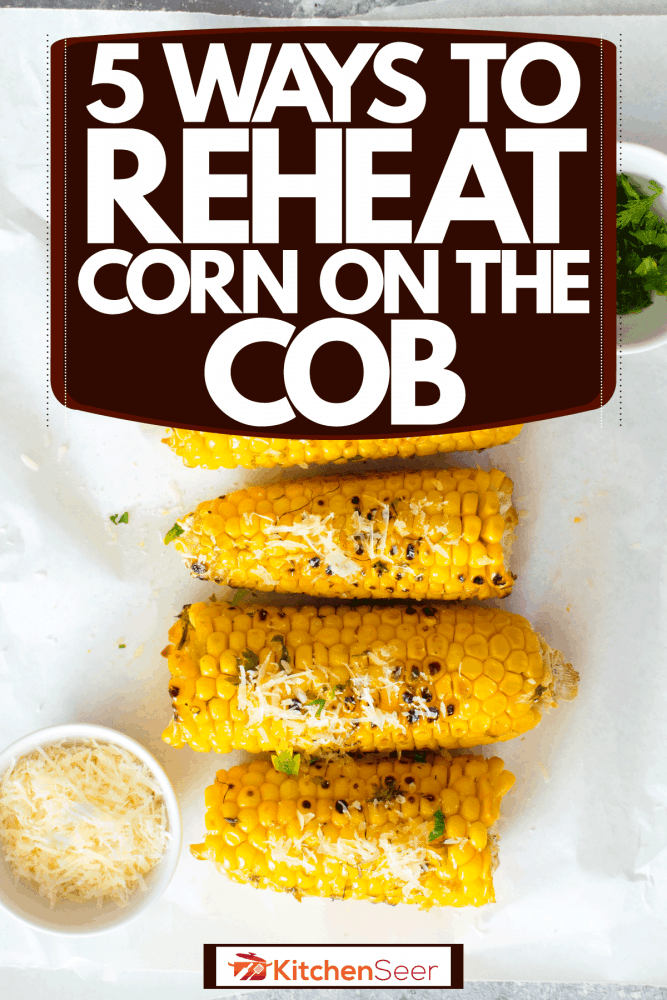 How Do You Reheat Cooked Corn on the Cob?

Using any of the methods listed above will result in deliciously reheated corn on the cob!

How to reheat corn on the cob on the barbecue

Reheating corn on the cob on the barbecue is exceptional because it adds another flavor dimension to your corn. Your corn can go from sweet and crunchy to roasted to perfection in minutes.

Here is how to barbecue the corn. First things first. Get your grill going. While the grill is heating, brush your corn on the cobs with melted butter and lightly salt them. Wrap them in aluminum foil, then when the grill is hot, place your prepped corn onto the barbecue. Using a pair of tongs, rotate your corn slightly every thirty seconds. After completing two rotations, your corn will be done.

How to reheat corn on the cob in the oven

Here is how it’s done. You'll want to set your oven to 350 degrees. Brush your corn with melted butter, then lightly sprinkle it with salt. Wrap it with aluminum foil, and before sealing it, add one teaspoon of water. This will help the corn maintain its moisture.

When the oven is preheated, stick your prepped corn on the cob inside. Let it cook for 5-7 minutes. Peek inside the aluminum to see if the corn is hot. If it’s hot, it’s ready to eat!

How to reheat corn on the cob in an air fryer

Air fryers are delightful. They reheat food back to perfection. Your reheated corn on the cob will taste just like it did the day you made it.

To reheat your corn on the cob, set your air fryer to 350. Prep your corn just as you would if you were barbecuing it. Brush it with melted butter. Lightly salt the cob. Wrap it in aluminum foil. When the air fryer is hot, place the corn inside. It will need to cook for about four minutes. Unwrap the foil slightly to check if the corn is hot. If it is, viola! It's done.

How to reheat your corn on the cob in boiling water

It is so easy. Boil a pot of water. Drop your corn in. When the kernels are hot, they're done. It will not take longer than three minutes! Doesn’t get much easier.

Can You Microwave Cooked Corn on the Cob?

How to Reheat Frozen Corn on the cob 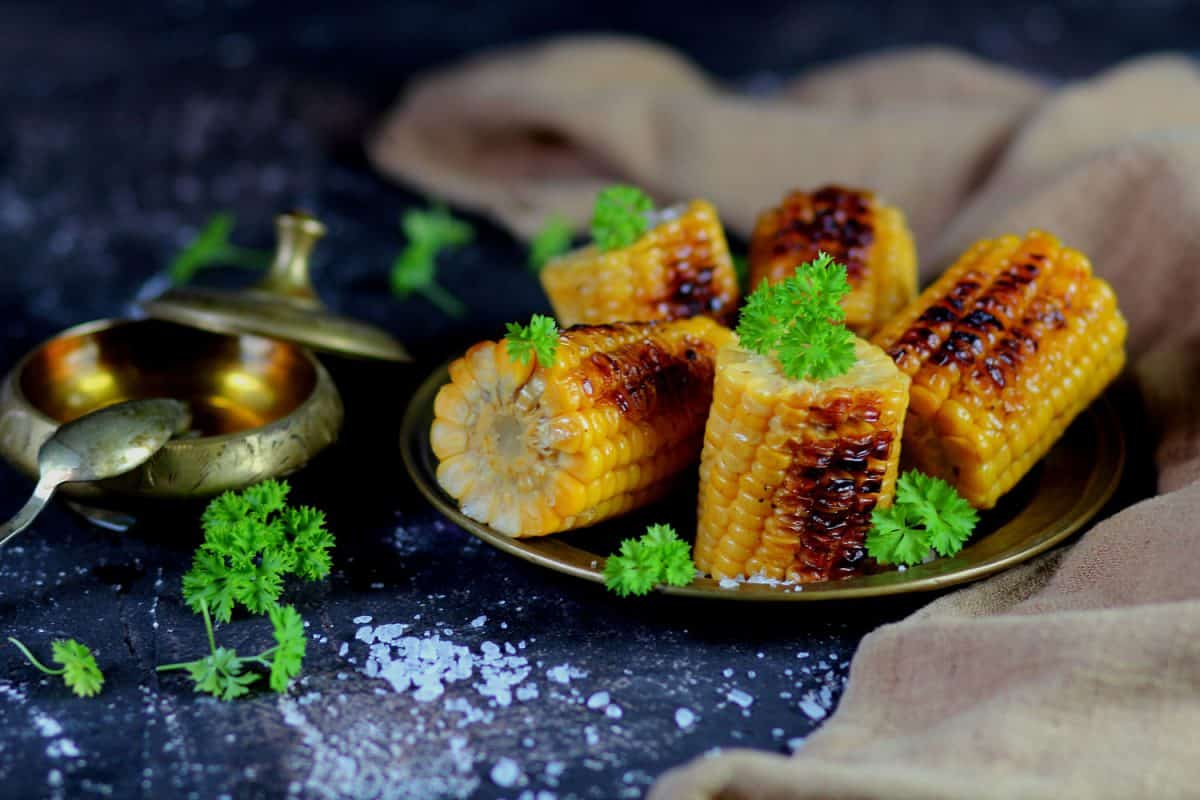 To reheat frozen corn on the cob, simply pull it from the freezer. Defrost it and prepare it in one of the five ways described above. For best results, seal your corn in a ziplock baggy to prevent freezer burn.

Do you need to thaw frozen corn on the cob before heating it?

For kernels to burst with flavor, you will want to thaw your corn before you cook it. Cooking it frozen will minimize the flavor. It will also shrink the kernels, which distort the magnificent texture corn has to offer. Biting into kernels bursting with sweet, tender goodness is part of the fun! Thawing your corn before cooking will help the kernels maintain their texture.

How to store corn on the cob

To store corn on the cob for the freezer, place two to three pieces of corn in a zip lock baggie and place in the freezer. For the barbecue oven or air fryer, wrap the corn on the cob individually in aluminum foil and place it in the refrigerator. Corn needs to be kept in an airtight container for barbequing.

How Long is Corn on the Cob Good After Cooked?

The FDA recommends keeping an eye on any signs that food might be spoiled. Suspicious smells and looks are a sign that the food should be thrown away. 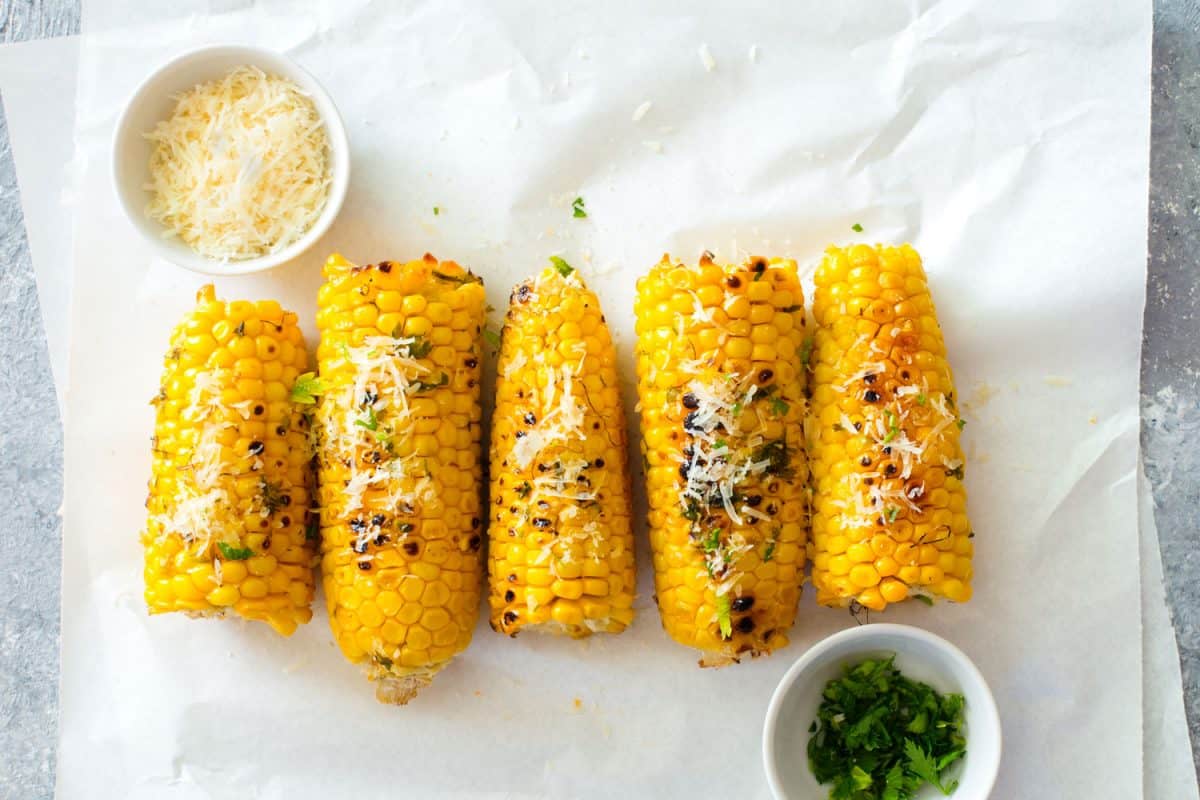 There are five different ways to reheat corn on the cob. Each has its benefits. Just because your corn on the cob is left over doesn’t mean it can’t be delicious again! Try out some of these tips on reheating corn. They are sure to satisfy!

How Long To Put Hot Pockets In Microwave?

Pizza Dough Too Sticky – What To Do?