The culinary world is filled to the brim with a wide range of different opportunities to learn new techniques. Many countries have their ethnic cuisine regularly characterized by a particular cooking method, such as how we see BBQ as a part of the American South. There are so many different ways to enjoy food; it's often worth celebrating each cooking method independently.

Culinary educators recognize over a dozen different cooking methods used in mainstream food preparation. Let's take a look at each of the biggies. 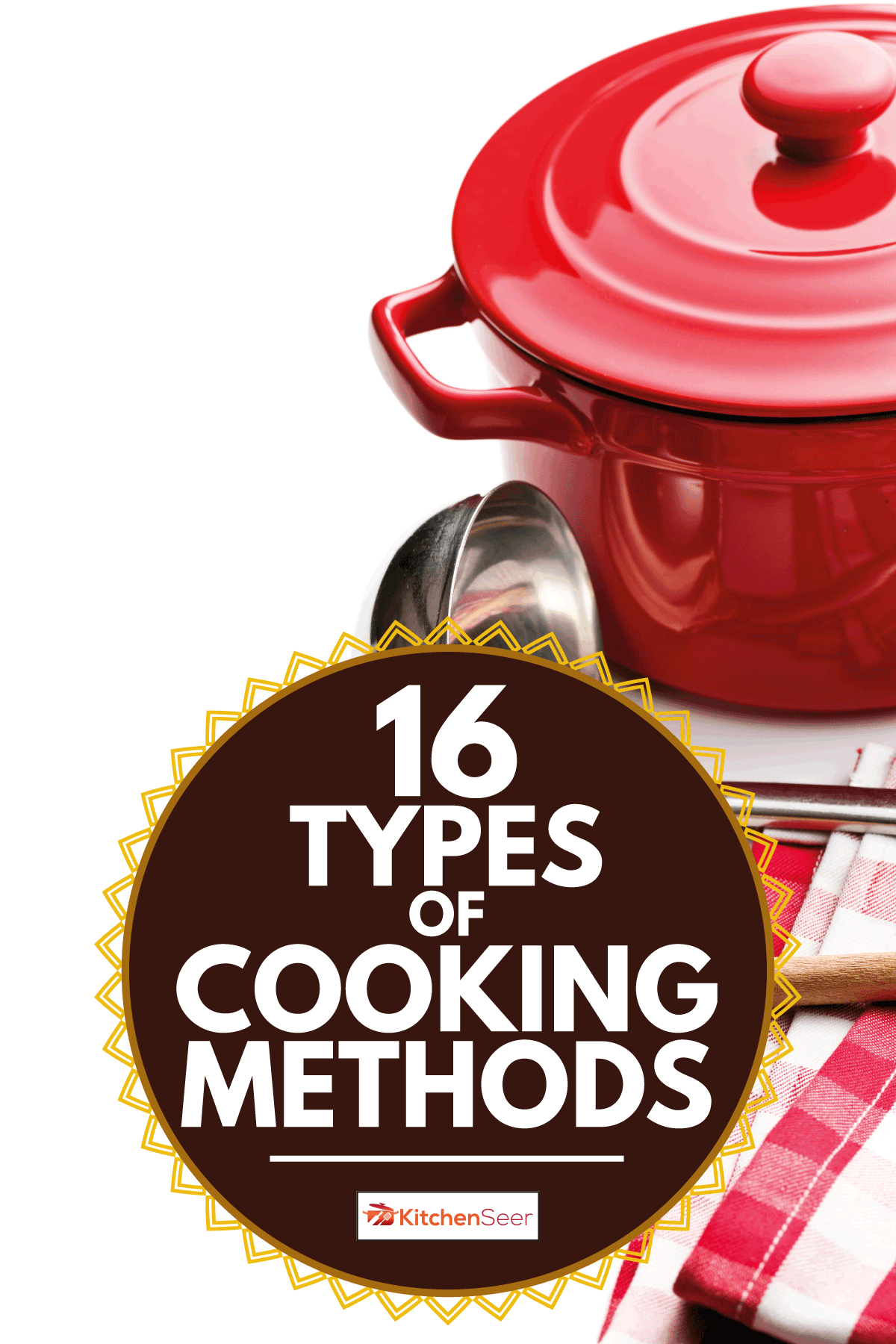 If you ask most people in the West, roasting, and baking are almost always the same method applied to different foods. Both of these cooking methods use an oven to expose the food to heat, eventually cooking them. For our purposes, they are the same in terms of technique. Roasting is typically performed between 200 to 400 degrees, though most dishes are between 200 to 350 degrees on the heat setting.

People usually say that roasting is a term meant for veggies and fish. Meanwhile, baking is meant to address foods like cakes and bread. Sometimes, baking can also include things like salmon, as long as other veggies accompany it. Roasting is great for meats, bread, desserts, vegetables, and fish. Anything can be done right with a roast.

Broiling is often seen as the "sibling" to roasting. Unlike roasting, where the heat comes from below the food to be cooked, broiling has its heat source above the heat source. It also happens to have a much higher temperature, one that usually starts at 400 degrees. This allows the food to get crispy on the outside while keeping it all juicy on the inside.

Broiling is best done with meats and seafood. 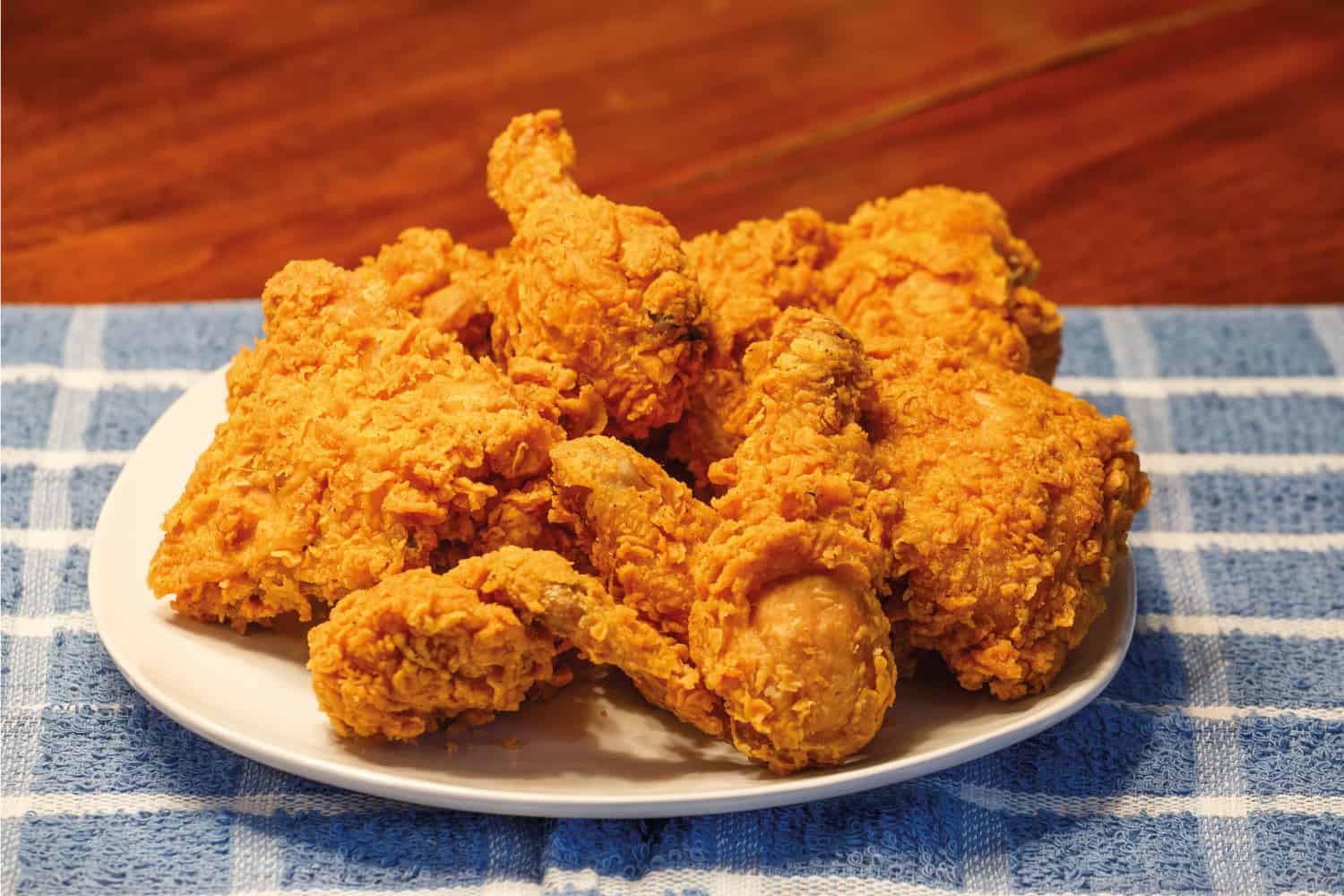 Frying is one of the most popular methods used in fast food, and it only takes a trip to McDonald's to see why. This cooking method involves cooking food by entering it in a bath of oil, often after breading it. It can be done in a shallow pan or a fryer. It's similar to sauteeing, though this is more viewed to add crispiness to food rather than to soften it up.

Frying can be done to almost any food with success. 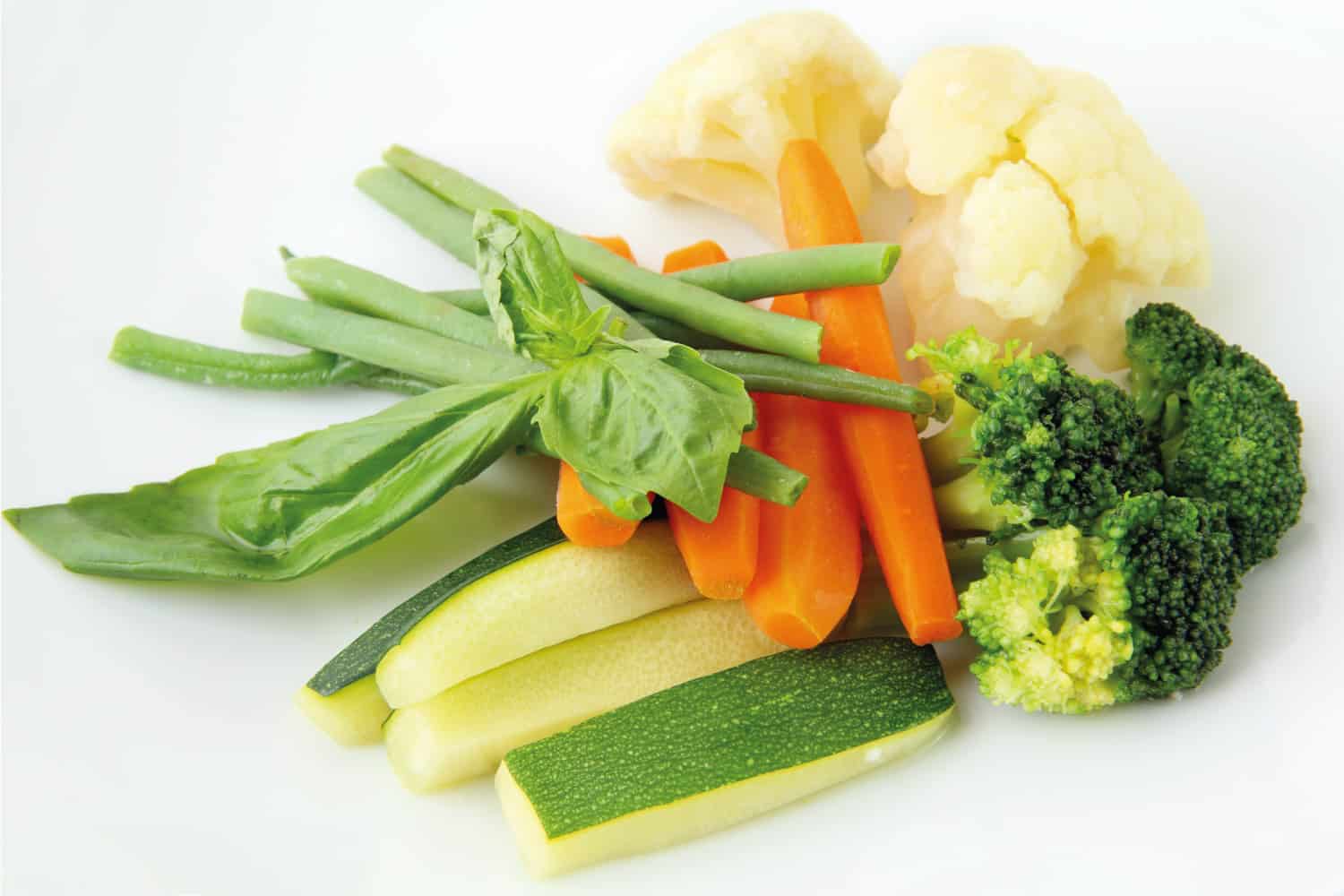 Steaming is a unique cooking method that involves using the heat from boiling water to steam as a cooking method. This typically requires you to have a real steamer pot and is meant to be one of the gentlest, moisture-friendly cooking methods here. It's a favorite among Asian culinary chefs.

Steaming can be done with vegetables, fish, desserts, tamales, and dumplings. 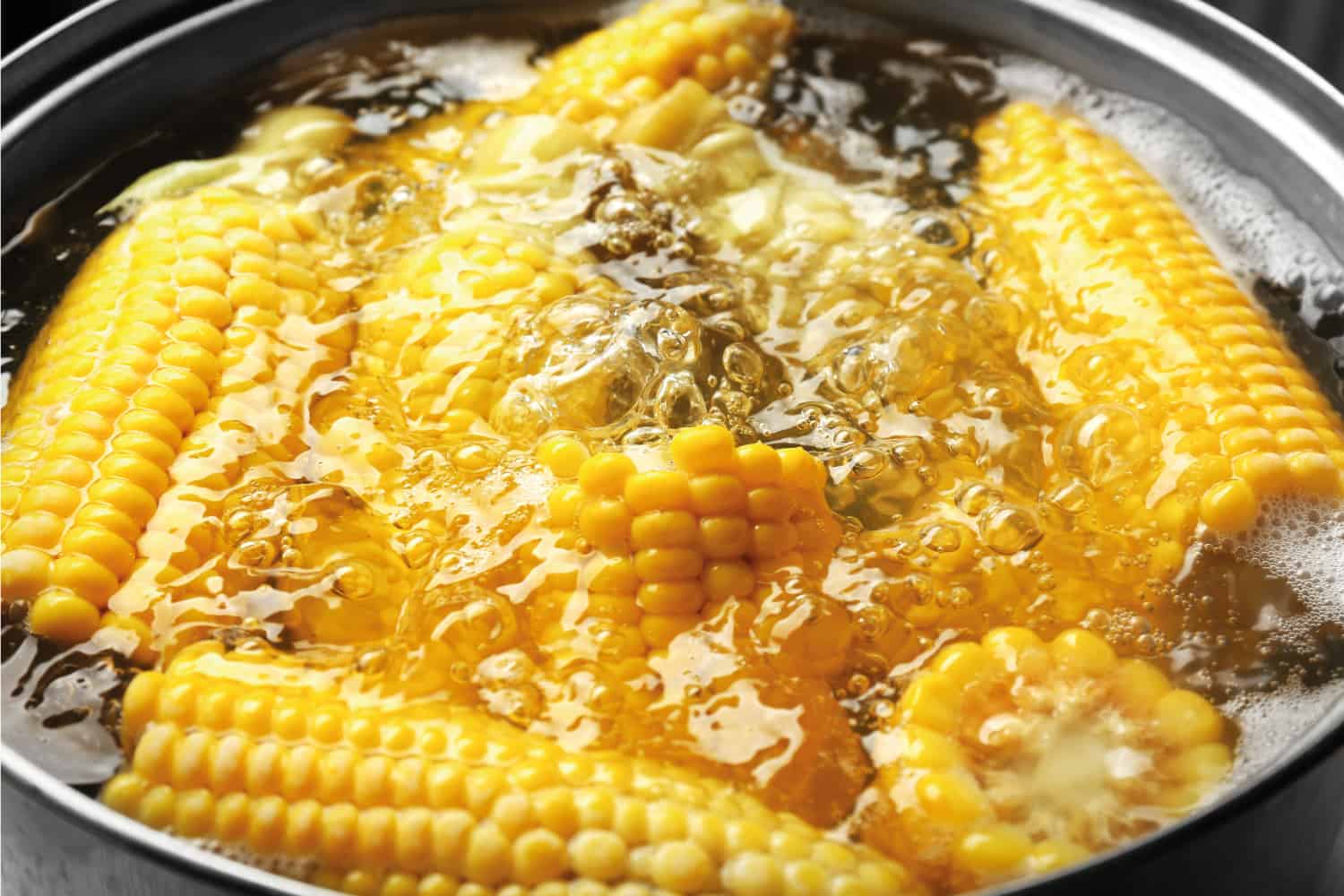 Boiling is straightforward. It cooks food by submerging the food in boiling water. This can be done via a slow boil, which means that the water has just started to bubble up. Or, it can be done via a full, rolling boil. Either way, the water has to be at least 212 degrees for it to happen. Some pots are specially made for boiling milk or other goods.

Boiling is best for pasta, soups, teas, liquids, and eggs. 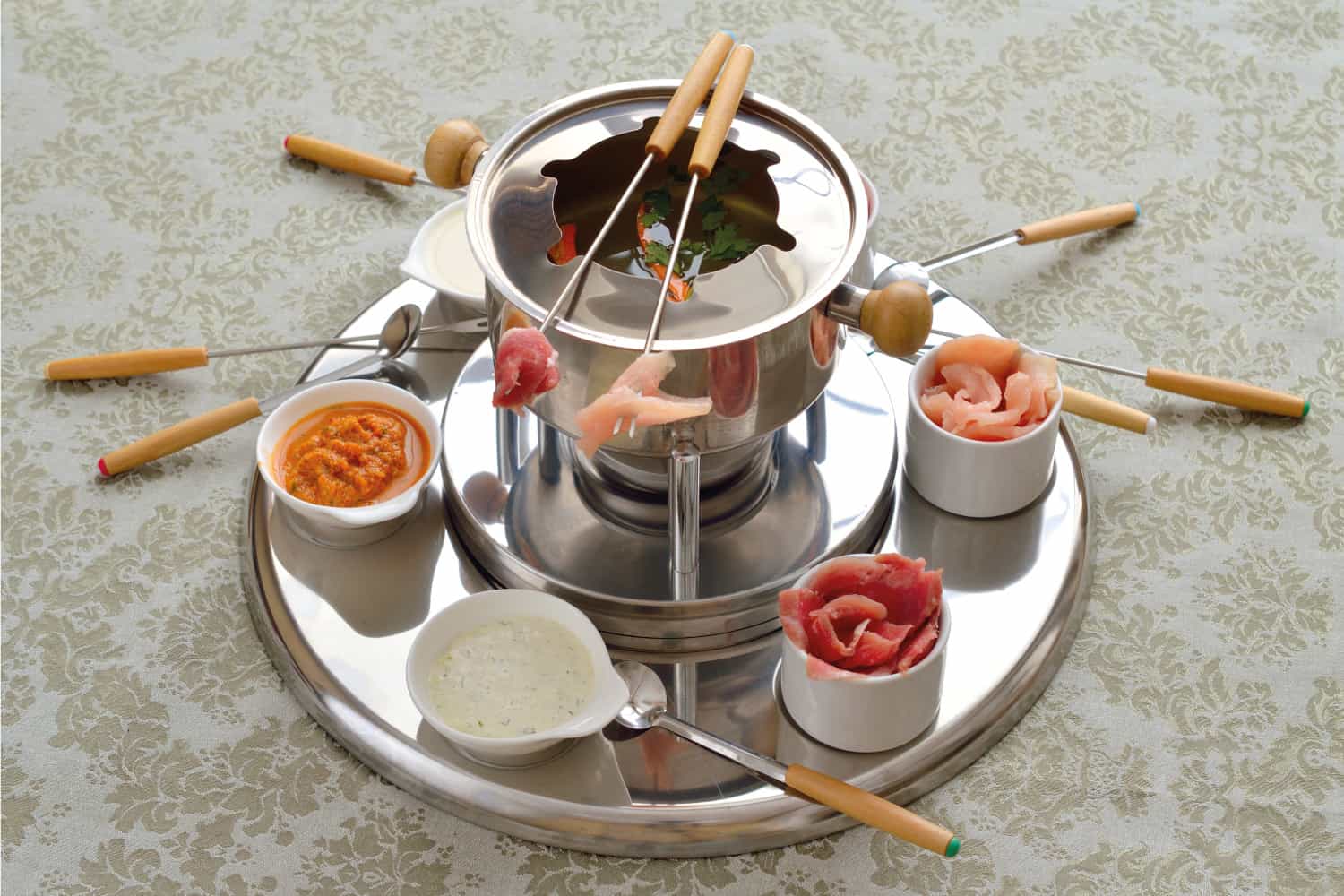 Simmering is a moist heat method very similar to boiling, but with one major difference. Here, the water doesn't quite make it to the point of boiling. Instead, the heat from the water is just below what it should take to make things boil. To simmer water, bring it to a boil, then decrease the temperature. Many consider fondue to be an excellent example of simmering food.

Simmering is ideal for eggs, grains, vegetables, and pasta. 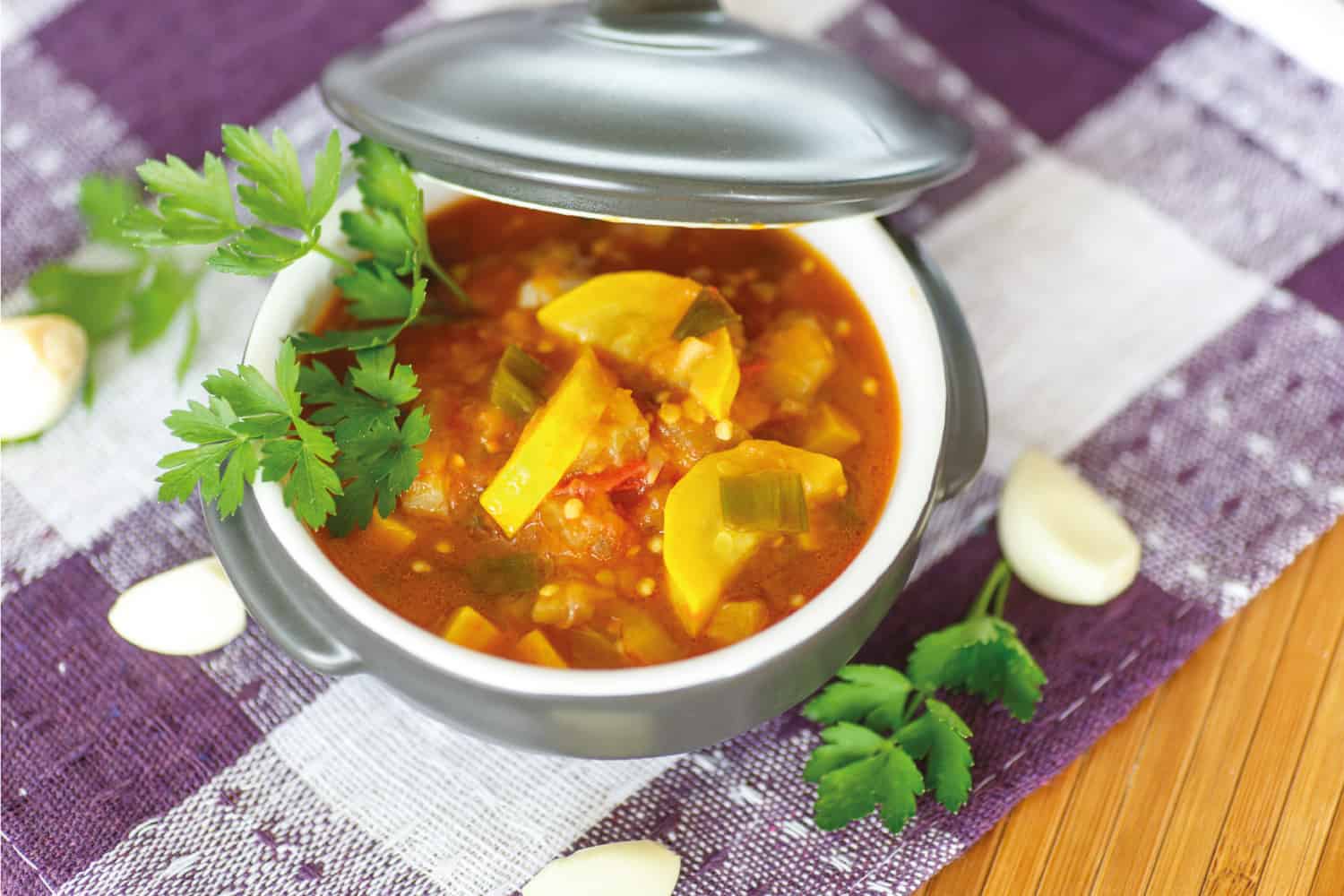 Considered to be a two-step process, braising is a more complicated cooking method than most. Braising food requires you to sear it in a well-oiled pan first, then transfer it to a large pot to cook while partially submerged in liquid. The liquid can be anything from butter to a rich broth, but it still needs to be there. You can use a regular pot, casserole dish, or dutch oven for this.

Braising is typically reserved for meats and vegetables. 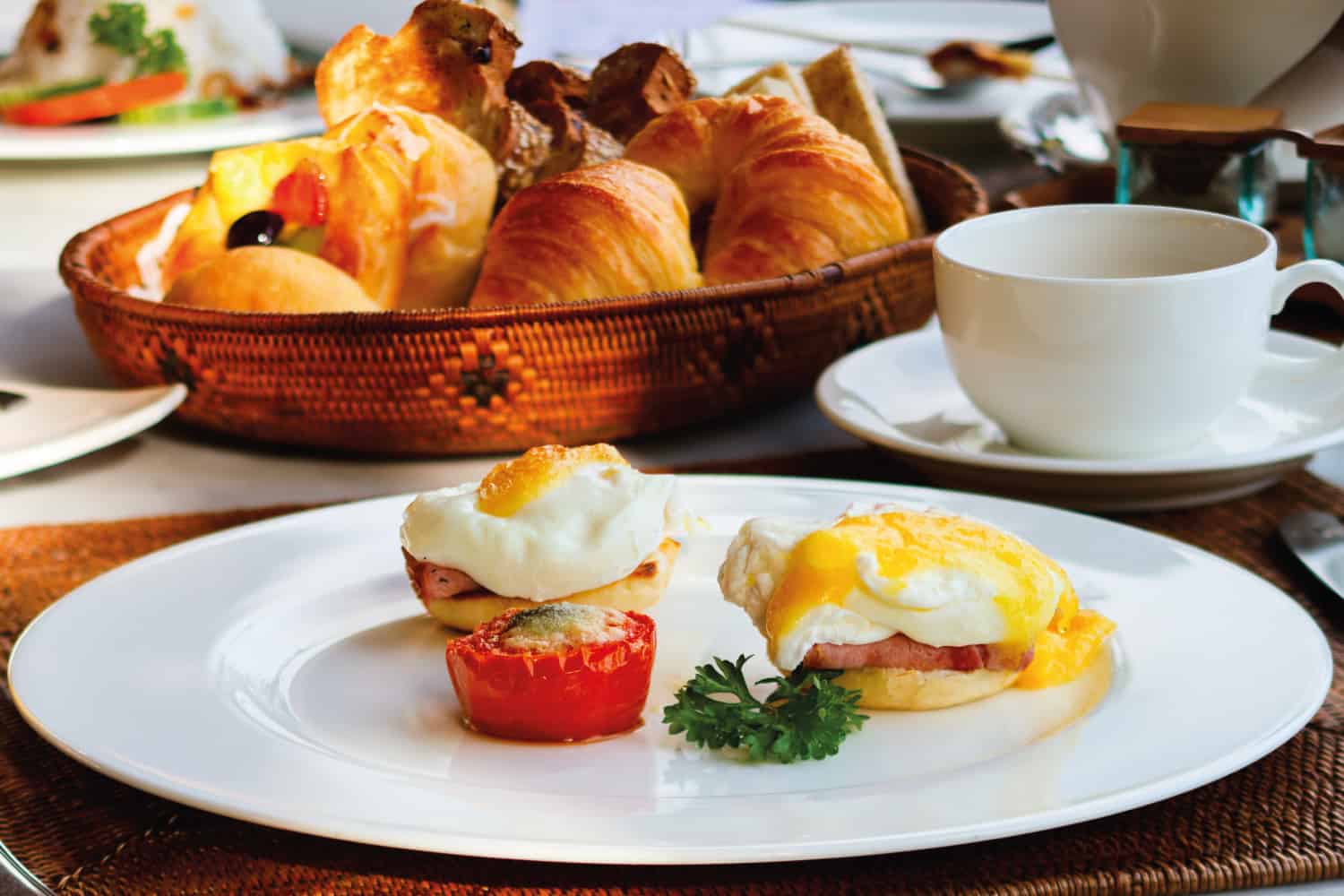 Not to be mistaken for the illegal hunting act, poaching is a wet cooking technique that submerges food in hot (but not simmering or boiling) water. This locks in flavor without the use of oil, butter, or heavy frying. For people on a diet, poaching is one of the best ways to conserve flavor without adding calories.

Click here for a stainless steel saucepot from Amazon. 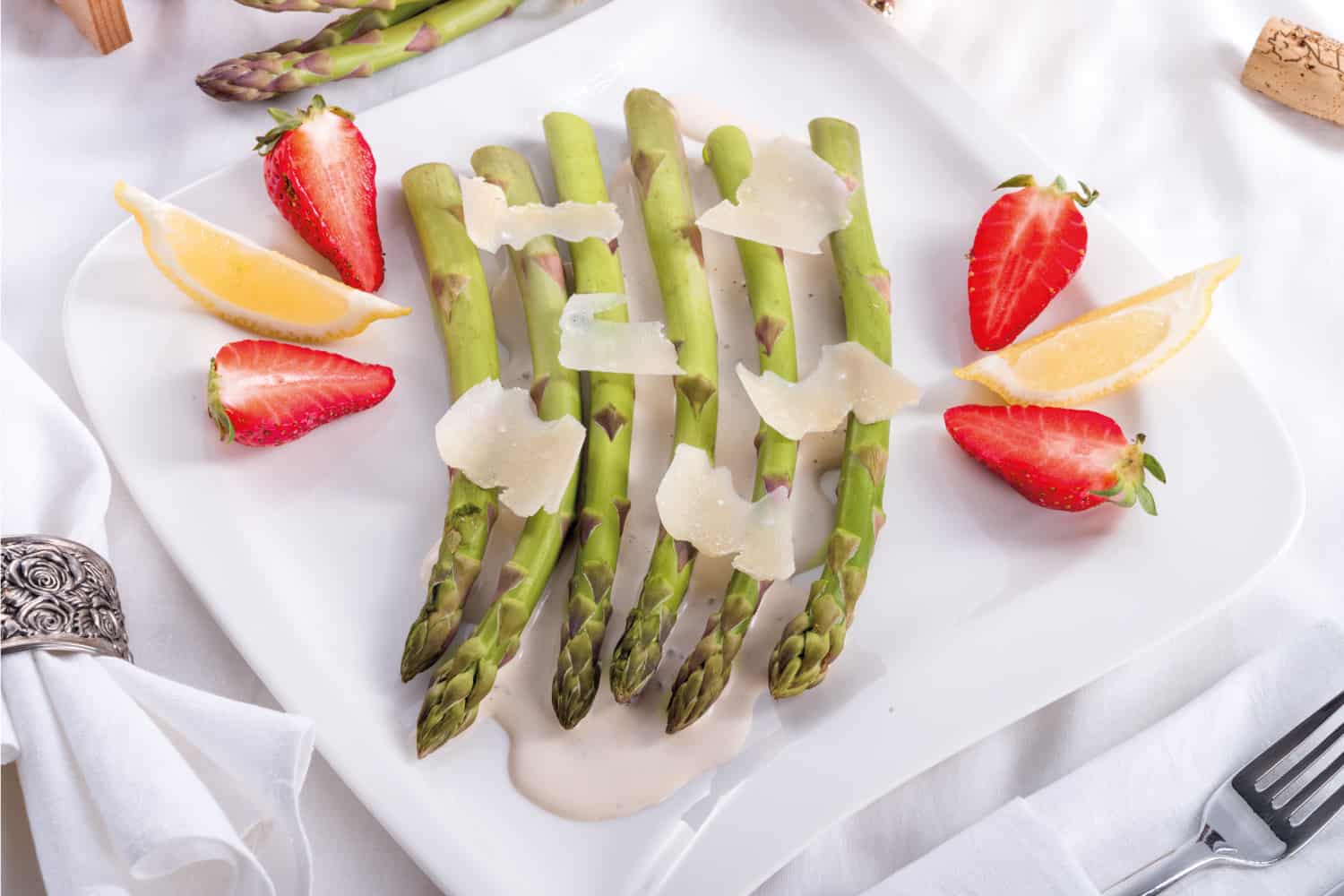 Blanching is a more advanced cooking method that takes two steps to perform. First, the food in question is boiled for a short time. This is often called "scalding." After that, the cooking process is halted by dipping the food into a bath of ice water. This stops the loss of flavor without harming the texture.

Most people use blanching for vegetables.

Click here for a pot capable of blanching from Amazon. 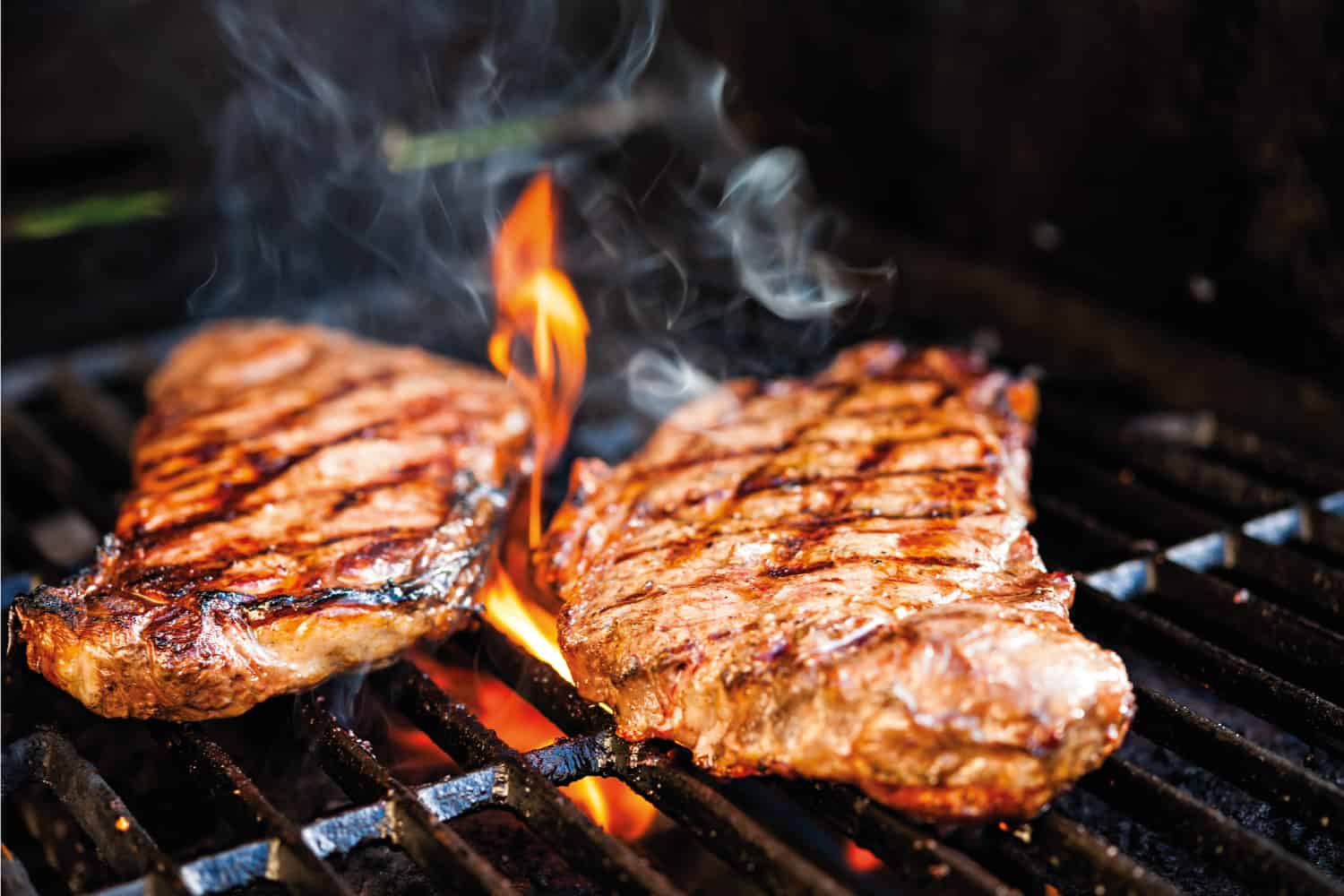 Light up the BBQ, because grilling is where it's at. This cooking method is all about exposing food to radiant heat, often from an open flame. Grilling involves many different temperature controls, but most people will need to have a good fire pit or griller for this. If you see char lines on your meat or veggies, it probably was grilled. (Note: You don't need to have a cool apron for this, but it's positively encouraged.)

Grilling is a suitable cooking method for fruits, meats, seafood, and vegetables. 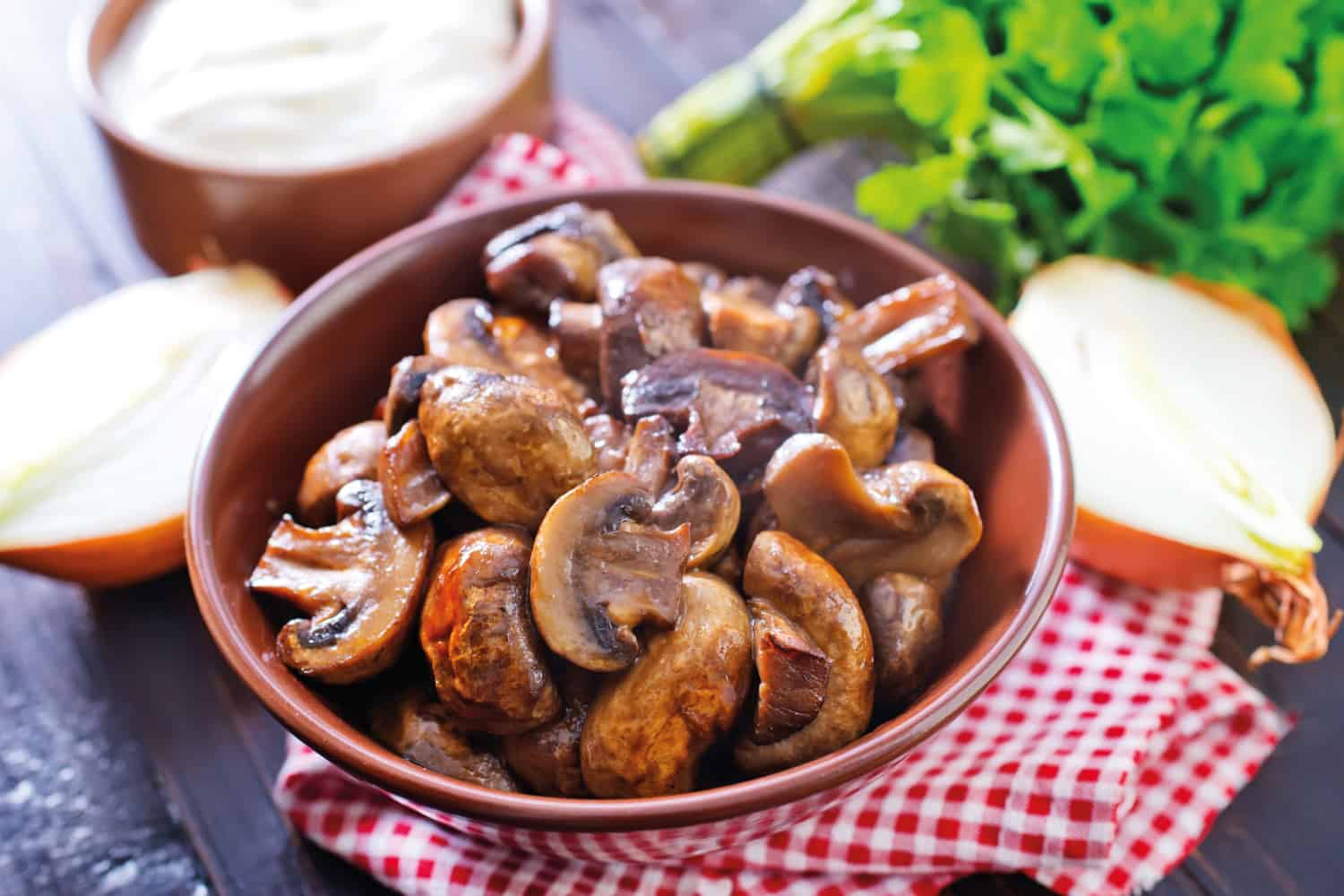 Sauteing is a French term defined as cooking food on a well-oiled pan, using either butter, oil, or another type of fat to even out browning. Most people find that sauteing is one of the fastest ways to cook food, which is why regularly flipping and turning over food is a must. To do this well, always heat the oil before you add the food.

Sauteing is a smart choice for veggies, poultry, and meat. 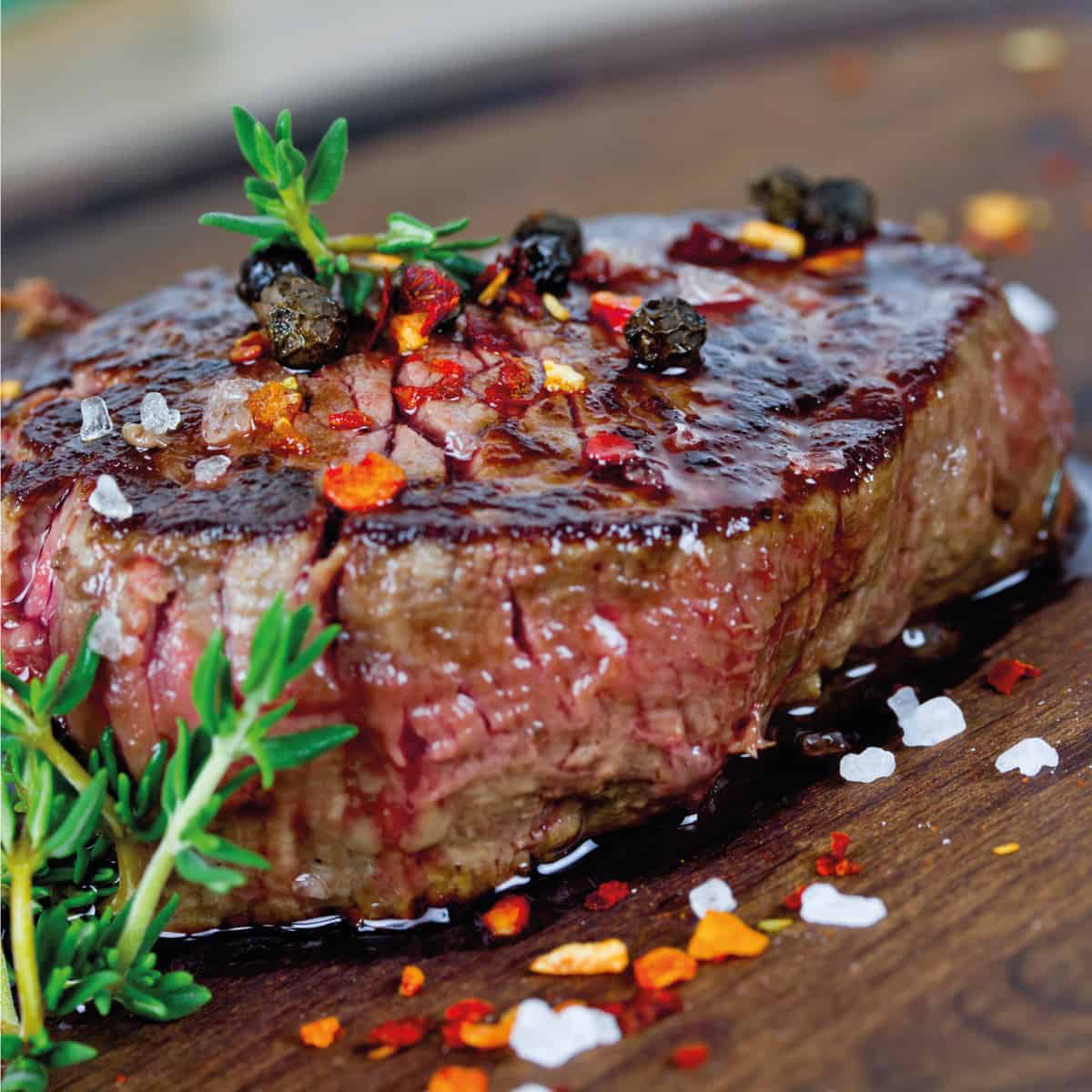 If you ever walked into an upscale steakhouse, the chances are that you've seen seared steak on the menu. Searing is a unique cooking method that involves heating a surface to a very high temperature (sometimes hotter than 800 degrees) and placing the food on the surface until a crust forms. This gives steaks the meaty "bite" people adore, all while locking in moisture.

Searing is usually made for meats, seafood, and certain types of vegetables.

Click here to get a grill pan capable of searing from Amazon. 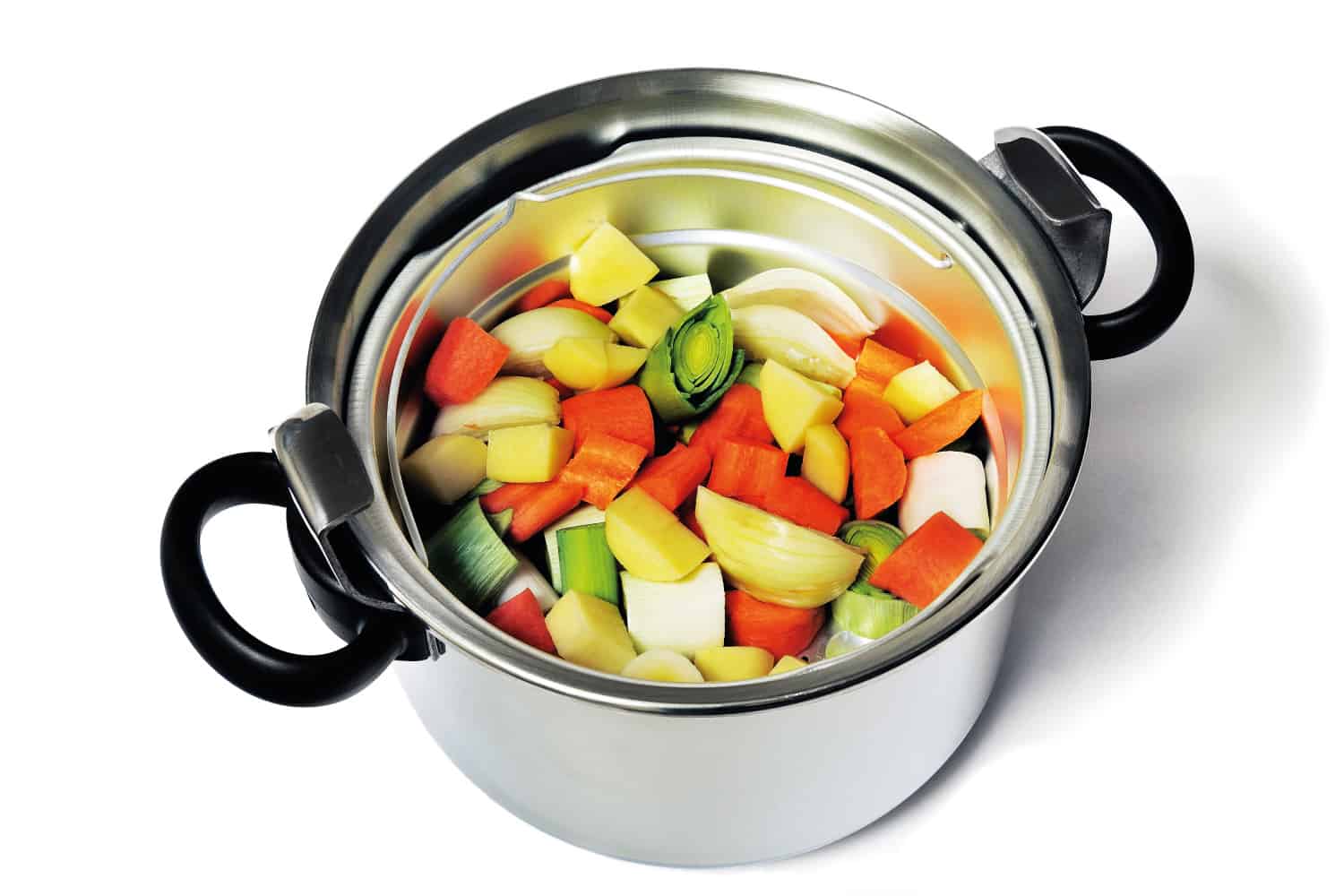 People who own a Crock-Pot already know what this is. This is the ultimate cooking method for people who want a "set it and forget" type of cooking method. This involves a slow cooker or a pressure cooker to heat food using low temperatures and higher pressures. The result is food that is tender, can cook over a long time, and tastes delicious.

Pressure cooking is good for meats, stews, pasta, dips, and almost everything else.

Stewing and braising are often mistaken for one another simply because the methods are so similar. Both involve sauteing meat or vegetables, then transporting them into a pot where they're cooked in a liquid of some sort. The difference is in the cuts of food as well as the level of submersion.

Stews are often made with meats and veggies.

Click here to get a stew pot from Amazon. 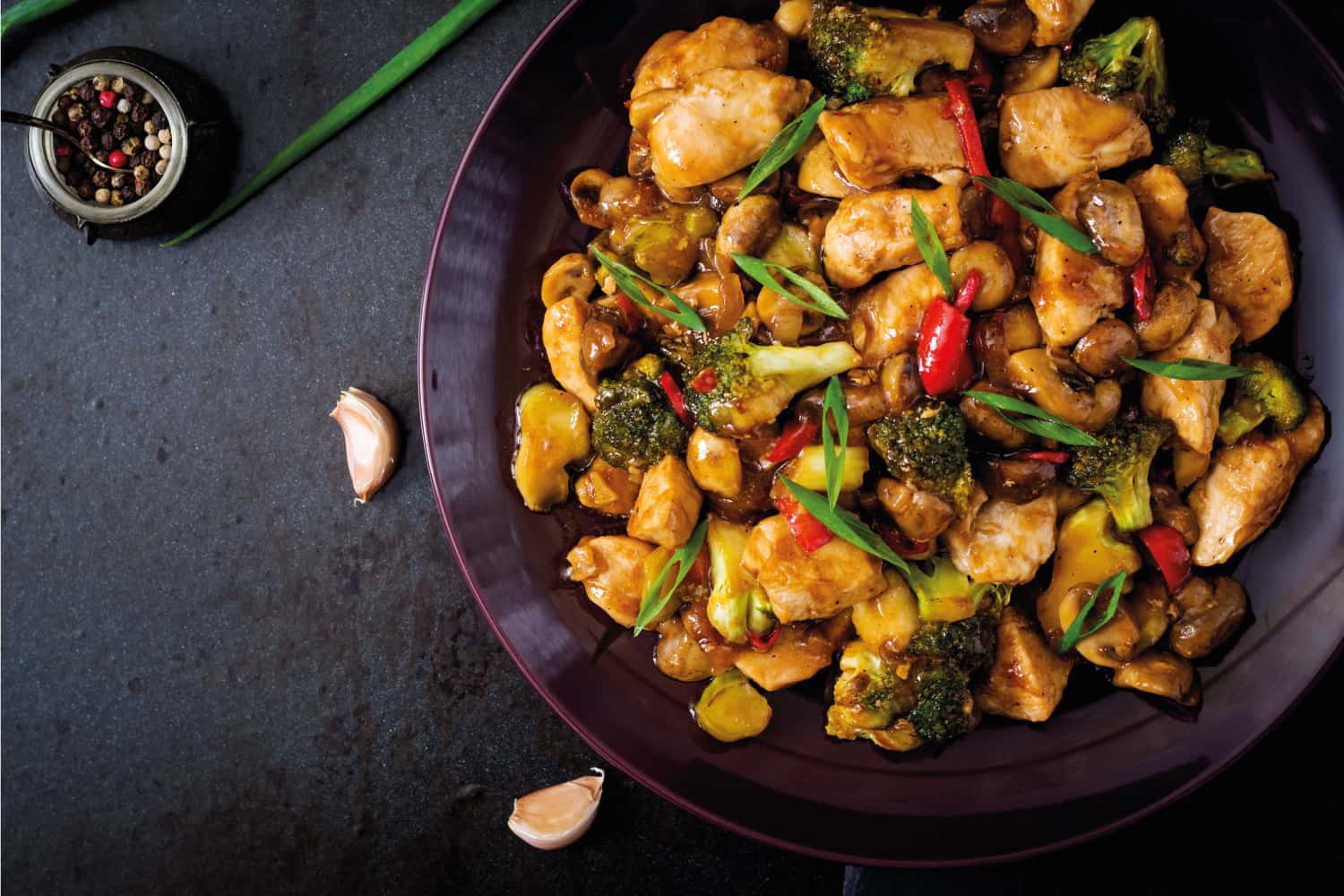 Stir-frying is a favorite among Asian chefs, and it involves using a round pan called a wok. To stir fry something means to heat it over a stovetop using oil and spices. While the food is cooking, traditional cooks will make sure that everything is evenly heated by rotating the wok and stirring the food using a pair of chopsticks or a spatula.

Click here to grab a stir fry set from Amazon.

How To Make Granola Bars Stick Together – Even Without Sugar!

Should You Grease And Flour Pie Pans?