Have you heard that microwaving the kitchen sponge is a good way to kill bacteria?  Does your sponge smell, and you want to know if microwaving it really works? There is some conflicting information on this. We’ve thoroughly investigated the topic and gathered evidence about whether you should microwave sponges, and if so, how often to do so. Keep reading to find out the answer!

Microwaving kitchen sponges, just like cooking food, eliminates almost all the pathogenic bacteria that cause food-borne illness in humans. If you want to keep bacteria down in your kitchen sponge, microwave it until it reaches or passes 165 degrees Fahrenheit after each use.

The kitchen is a gold mine of bacteria for your sponge. But, does microwaving destroy those bacteria? Multiple articles have been written on the effect microwaving has - or doesn’t have - on your sponge, but how do you know which one is correct? In this article, we’ll compare the research and give you the answers. 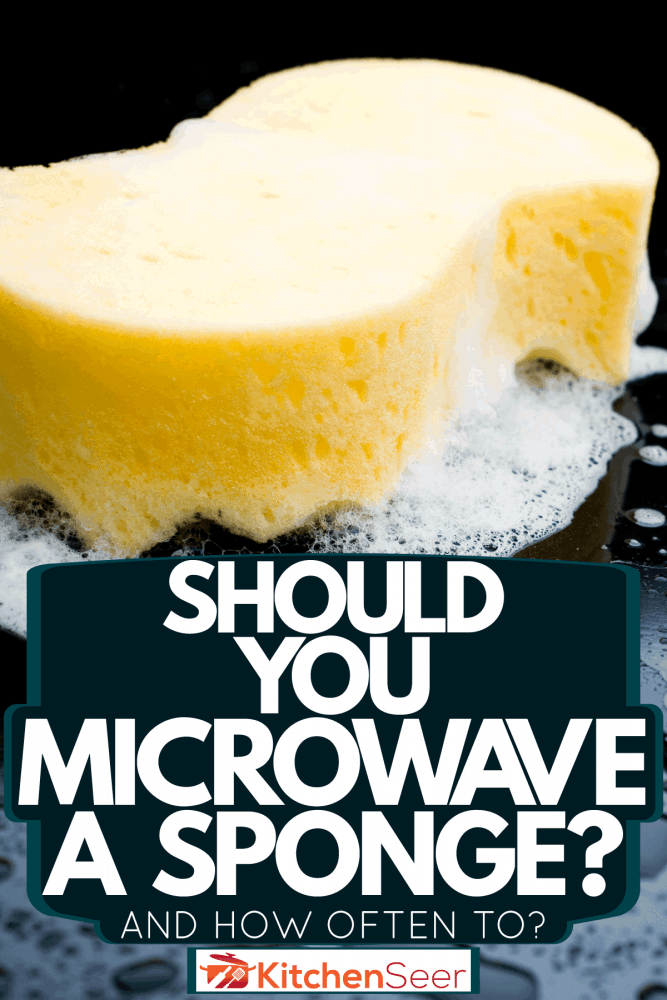 Does Microwaving a sponge really work?

What the Research Reveals

In April of 2007, the Agricultural Research Service of the USDA published an article about how to clean kitchen sponges. In the article, the research showed that microwaving kitchen sponges killed 99.9998% of bacteria. So that seemed to be the answer to the question.

To support this theory, in the ‘Annual Summaries of Foodborne Disease Outbreaks’ in the United States reported that foodborne illness outbreaks did not rise but stayed between 800-900 people per million from 2011 to 2017. This seemed to support the fact that our microwave ovens were doing their cleaning job.

However, on July 19, 2017, a group of scientists published a new report about the microbiota on kitchen sponges, stating that sponges that were sanitized showed “massive colonization by Acinetobacter Moraxella and Chryseobacterium species.” They said that in their research, they were only able to reduce bacteria on actual kitchen sponges by about 60%.

This report threw into question our beliefs. Did the microwave kill bacteria or not?! To make matters worse, shortly after the study was published, the NY Times and PBS, both reputable news sources, each wrote articles based on this new study which seemed to confirm the results; microwaves were not sufficient at killing bacteria.

This created further distrust of using the microwave to disinfect the kitchen sponge.

However, in September 2017, NPR helped dissect the study by looking at the testing parameters. They concluded that there was a lot of misleading information. The research showing a 60% reduction in bacteria in the previous study of sponges was not from having been microwaved.

It was because anti-bacterial soaps were being used to clean the sponges they used for their tests, not boiling or microwaving. Both boiling for 5 minutes and microwaving for one minute at full power were shown to kill the bacteria that causes people to get sick. NPR concluded that the concern over microwaves not killing bacteria was basically groundless.

In fact, both the USDA study and the study on methods of disinfection of kitchen sponges -a publication which was actually cited in the 2017 article - showed that microwaving sponges killed bacteria.

Possibly in response to the results of this scientific debate, in May 2020, two of the scientists that published the report in 2017 published a new study specifically analyzing microwave-treated household sponges. In the current study, the scientists explained their thesis more clearly and confirmed that microwaving was shown to effectively reduce bacteria.

However, they did not completely recant their original statement that bacteria were prevalent in kitchen sponges. Instead, they explained that heating sponges to kill bacteria could select other bacteria or organisms - not necessarily dangerous - which could thrive in the new environment. Their conclusion was that more studies needed to be done to assess whether these will be a problem for domestic health.

How often should you microwave a sponge?

Now that we’ve proven that microwaving your sponge is a good idea, this is the next question to tackle. So let’s look at the bacteria we want to remove.

In July 2020, the American Society for Microbiology published a report showing that Salmonella and Staphylococcus aureus (or Staph) could last for up to two weeks on dry sponges and towels! According to the CDC, Salmonella and Staph are two of the five top germs causing food-borne illness in the USA.

So microwaving your kitchen sponges is a good way to regularly get rid of those germs and bacteria. Even one of the most dangerous bacteria that you can get from food - E.Coli - can’t live in temperatures above 141 degrees Fahrenheit. This fact is corroborated by the ServSafe industry standard for food safety preparation and holding temperatures.

So How Long is Long Enough?

To kill most food-related bacteria, the sponge needs to reach at least 165 degrees Fahrenheit. The microwave can heat liquid ingredients to 212 degrees Fahrenheit. So microwaving for about 2 minutes is usually sufficient to kill bacteria. But the time it takes to reach this temperature may vary between microwaves.

Microwaves range from 600-1200 watts. Smaller microwaves are usually lower wattage, and larger ones are higher. The power - or wattage - of your microwave will determine how long you need to leave the sponge in to reach at least 165 degrees Fahrenheit - the minimum temperature needed to kill harmful bacteria.

To check the power of your microwave, the USDA website recommends using a ‘Time To Boil Test." Start with one cup of ice cold water - no actual ice cubes - and set your microwave on for 4 minutes.

Watch to see when the water boils:

Use this “Time to Boil Test” to determine how long you need to microwave sponges in your microwave to reach at least 165 degrees Fahrenheit.

How do you clean a sponge in the microwave?

Using the above test, you can easily clean your sponge in the microwave, just use the following steps: 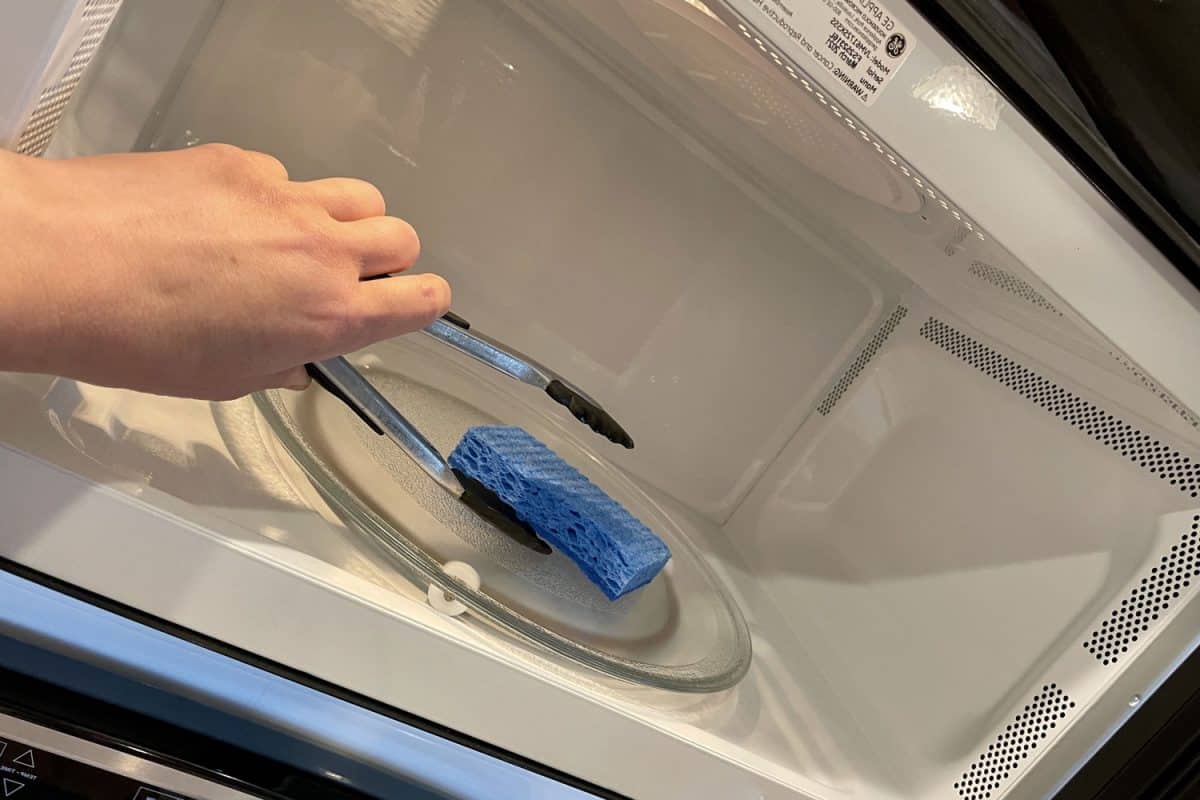 Always allow the sponge to cool after microwaving; use a pair of tongs instead of your fingers.

Can you microwave sponges with scrubbers?

You can absolutely microwave sponges with scrubbers if the scrubber is not made from metal and/or if it does not have any metal attachments. The scrubber is made to withstand as much heat as the sponge. Never microwave metal scrubbers such as S.O.S. or metal scouring pads. 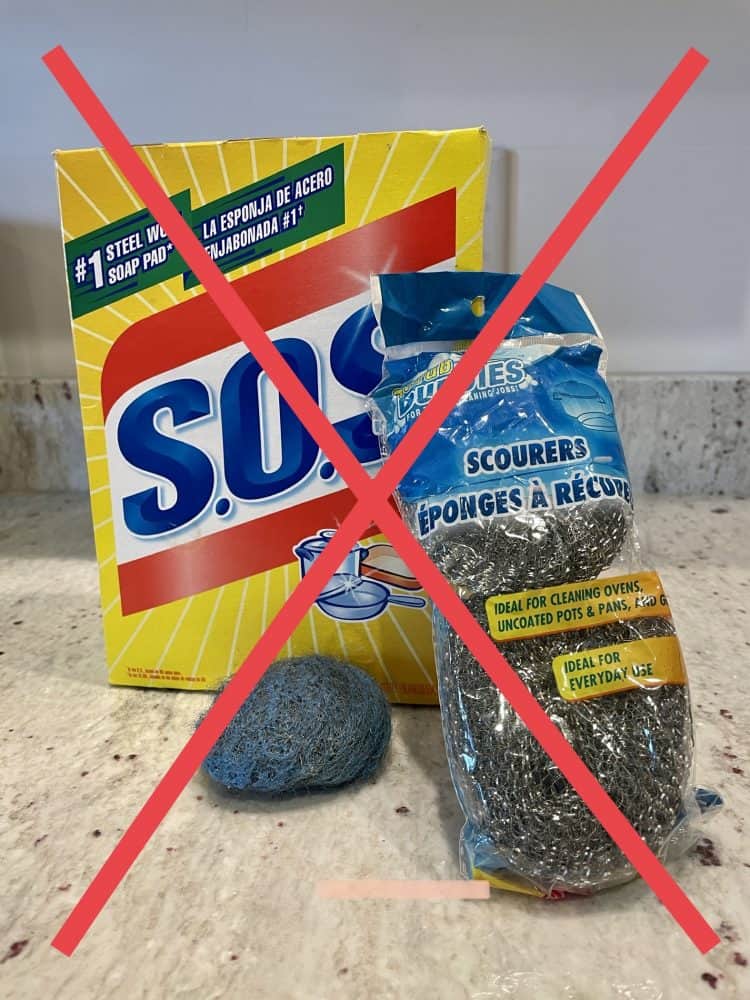 Never microwave metal sponges or sponges containing metal. Check the packaging if you are not certain.

A popular sponge scrubber is Scotch Brite by 3M, and their website states that cleaning can be done by running the sponge through a dishwasher- which can run at temperatures of 180 degrees Fahrenheit.

Since the microwave can reach a higher temperature, you need to remember a few rules for safety: 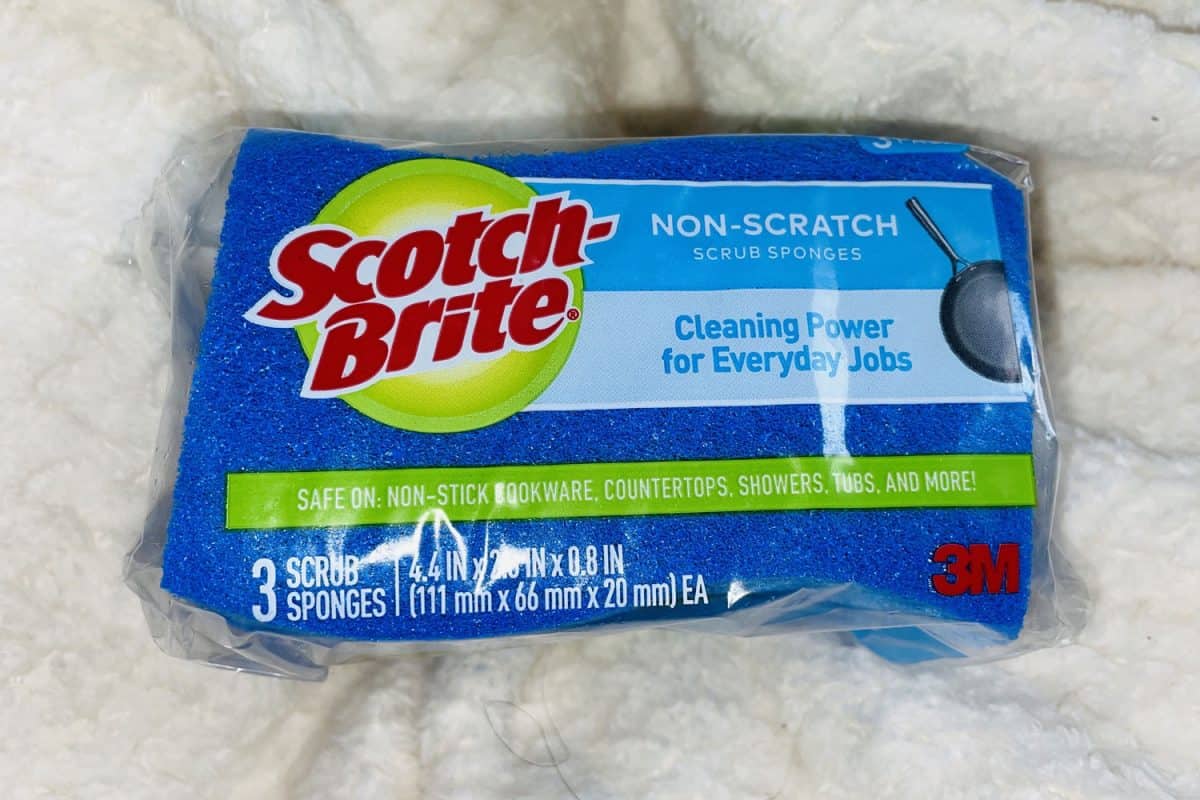 Scotch-Brite is a popular sponge made by 3M; it is safe to microwave if carefully monitored.

Now you know that despite conflicting reports, you really should microwave your sponge. To keep it the cleanest it can be, the best rule is to microwave it after every use and to make sure that it reaches 165 degrees Fahrenheit.

Check the power of your microwave, and use the ‘Time To Boil Test” to determine how long you need to microwave your sponge in your microwave. Read your microwave instructions, and monitor your sponge while microwaving for safety. And never take it out with bare fingers, it will most likely be at boiling temperature. Wait for it to cool, and use tongs for the removal.

And the next time you hear that microwaving your sponge doesn’t kill bacteria, you can refer to the countless studies cited in this article!

For more tips on kitchen health and safety, read the following:

Does A Wood Cutting Board Hold Bacteria?

How Often Should You Sweep And Mop The Kitchen Floor?

How Big Is A Keurig?

What Kind of Oil Do You Put in a Deep Fryer?