So you're craving fried chicken! It can seem like a simple process but, there's a lot that goes into cooking. Choosing one way to do a recipe can lead to better results. Regarding fried chicken, you might wonder if it's necessary to boil the chicken before frying. If that's the question itching your mind, let's find out!

Now that you have the answer, you most likely have more questions to ask! Boiling chicken has its benefits. But, it can be detrimental to the outcome of your fried chicken. Regardless, you might want to know other ways to ensure your chicken doesn't end up undercooked! If you'd like to find out how and more information on frying chicken, keep reading ahead. 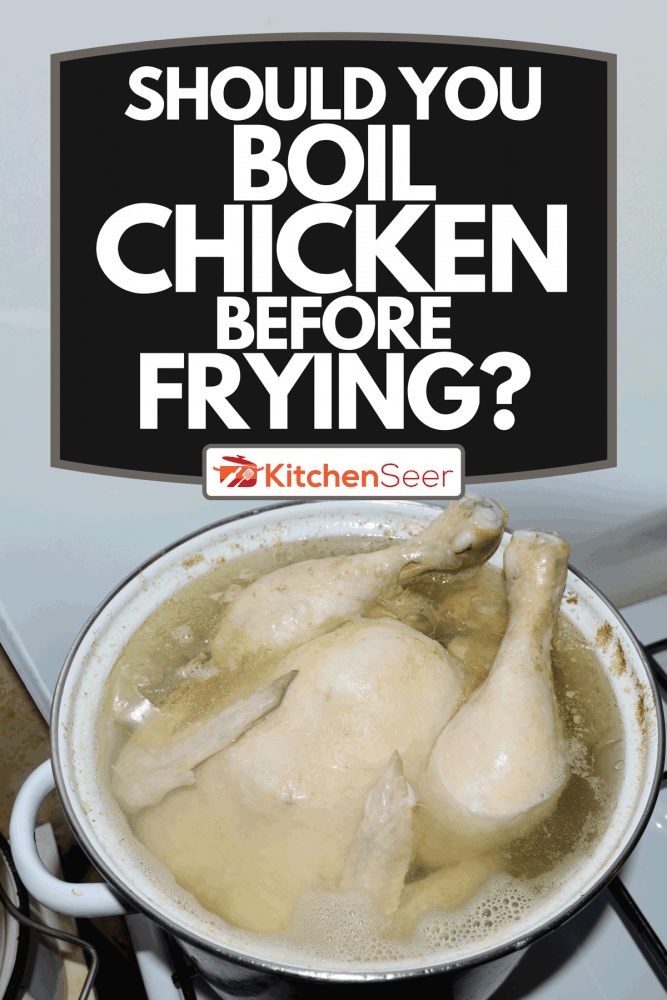 What Happens if You Boil Chicken Before Frying?

So, the answer to the question might have you more curious than before. How can boiling chicken be detrimental to its taste? The results of boiling chicken vary. Some will claim you can get a juicy and tender result. While that may be true, the opposite can also occur. 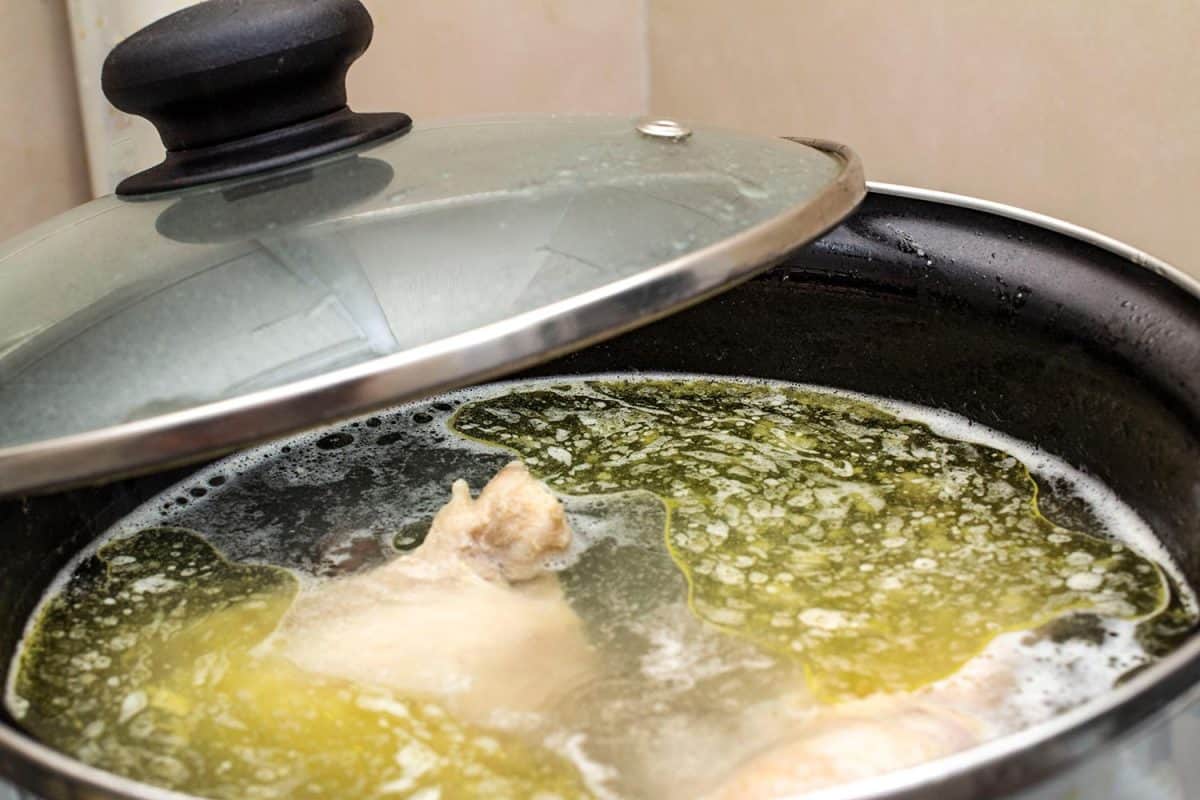 The first case you may encounter is overcooking the chicken. That is, before and even after frying! In the former situation, boiling the chicken will extract flavor and moisture out of it. This process happens because of the proteins within the meat; once they come in contact with heat, they will contract.

The contraction will squeeze out the moisture from the chicken. You might think that it would not matter since it can rehydrate from the water within the pot, but that is not the case. Thus, you'll most likely end up with dry chicken.

If you have already gone and boiled the chicken first, two outcomes can occur. The first is in regard to the amount of water content in the chicken. Once you boil the chicken and fry it after, the water content affects the amount of splatter in the frying process. It will spatter more oil than a non-boiled chicken. Ultimately, it can result in nasty burns if you're not careful.

The second outcome is overcooking. You're more likely to end up with bland and tough chicken.

Now that we've found that boiling is not a requirement to fry chicken, does that mean we can't do it at all? What if we want to ensure the chicken cooks thoroughly?

How Long Should You Boil Chicken Before Frying?

Digesting raw meat is a concern that would have anyone worried. If you're new to frying or to cooking in general, it's reasonable to want to ensure you do not get food poisoning. So, taking measures like boiling chicken before frying is understandable.

An important aspect to note is the internal temperature chicken should be at after boiling. According to the CDC, it should be around 165 degrees Fahrenheit. Without further ado, let's get into a recipe that requires you to boil chicken before frying.

Using a medium pan, you will need to cover the chicken with milk. Cover the top with plastic wrap and refrigerate for at least 2 hours. Once you're ready, it's time to boil the chicken.

Turn on the stove at medium-high heat. Transfer the chicken into a large saucepan. Then, pour in the milk too. Allow the milk to boil and then lower the heat to medium-low. This process allows the milk and chicken to simmer and cook thoroughly.

The whole process should take around 20 minutes. After, you can remove the chicken from the milk and place it on a rack. Let it cool for 15 minutes. Finally, pat it dry. At this point, it's ready to fry! For the rest of the process, you'll have to follow the recipe.

Why Do You Boil Chicken in Milk Before Frying? 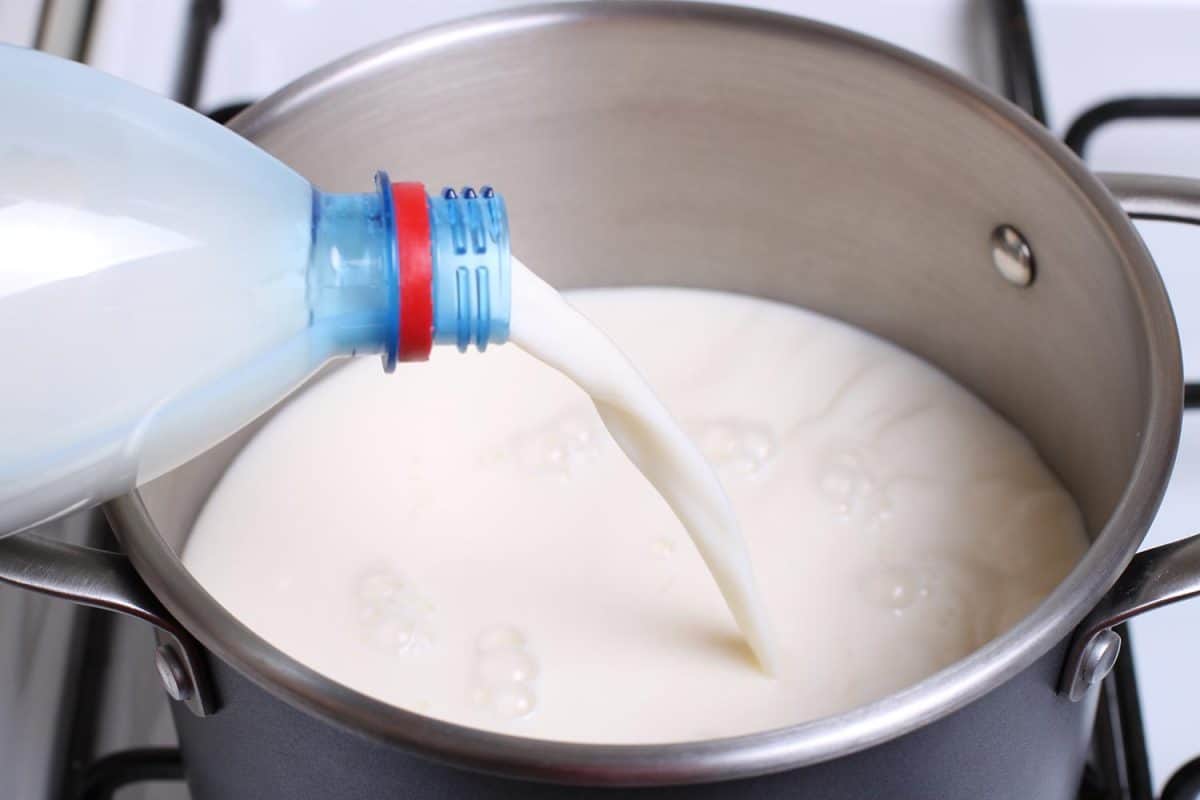 If you choose to boil chicken, you may have noticed that many recipes call for it to boil in milk instead of water. And this is for a good reason! As a quick recap, boiling chicken in water squeezes out the flavor and moisture. The reason being that it makes the proteins contract.

When you boil chicken with milk, there is a different process that occurs due to the content within the milk. As some suggest, the calcium in milk kick-starts an enzyme in chicken. In essence, it tenderizes the meat. Additionally, it breaks up acidity and heat.

If that answer isn't enough for you, let's take a slightly deeper dive into it. 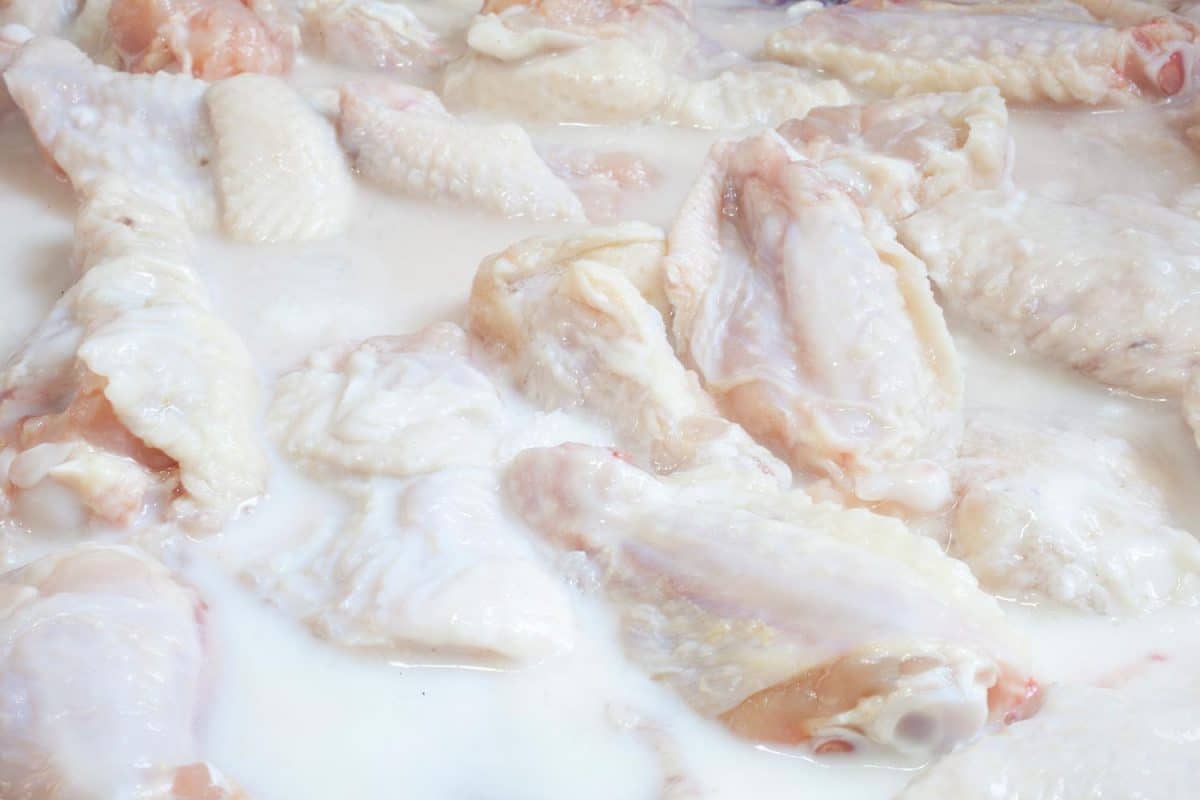 Milk and milk products are often used as tenderizers for tougher cuts of meat. The reason is that it contains lactic acid. Lactic acid acts similar to other ingredients that tenderize meat, like vinegar and lemon juice. Meaning, it breaks down the protein in the chicken, resulting in tender meat.

This process is in addition to the calcium in milk, encouraging the speed of an enzyme in chicken. Though, as others suggest, the scientific process of this part is still not well understood. Nevertheless, there's a reason why some recommend marinating your chicken with greek yogurt or buttermilk before you let it hit the fryer.

How Do You Fry Chicken After Boiling It? 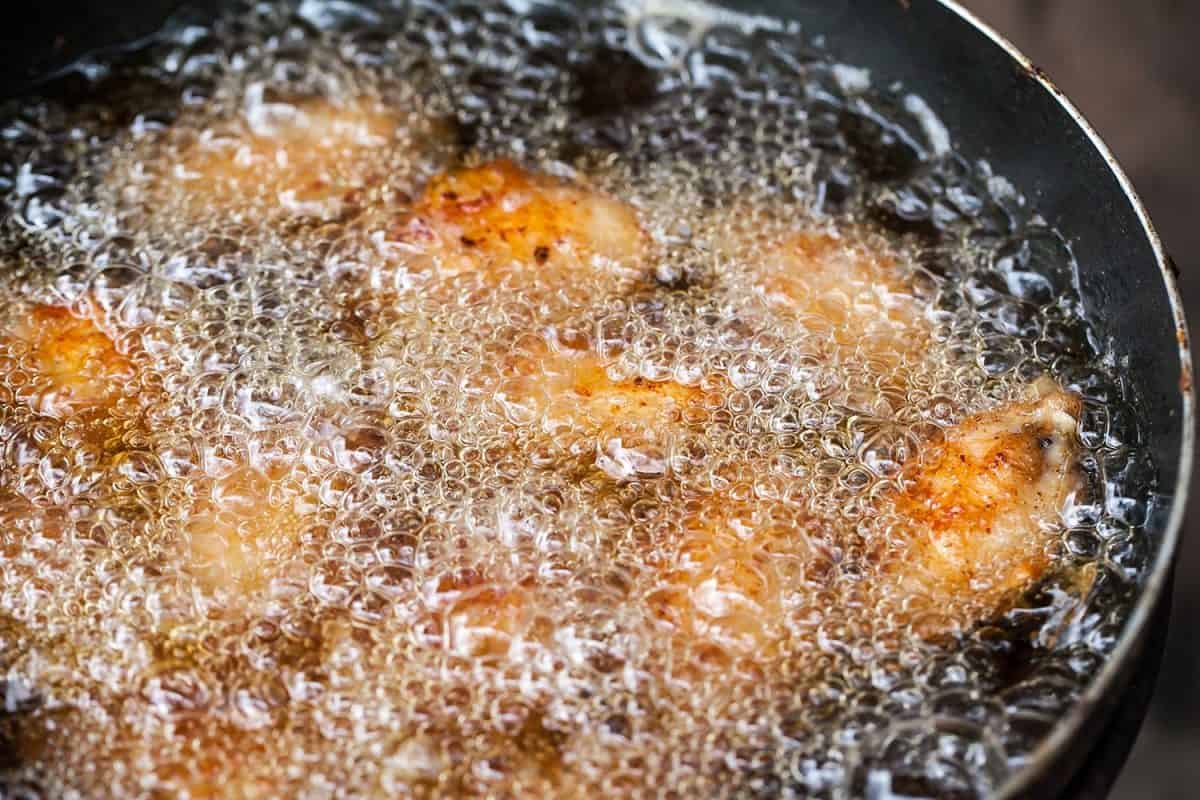 Since you've already pre-cooked the chicken, it's time to consider what to do after. Like previously mentioned, you can potentially overcook it when you fry it. For that reason, you should cut the frying time shorter. The steps are as follows:

The frying times vary depending on the recipe and procedures. For example, the one mentioned previously calls for frying each side for 1 minute.

Of course, we can't leave you hanging after claiming boiling is not necessary! If you want a tender chicken, there are alternative ways to do so. You can marinate the chicken with plain yogurt or buttermilk overnight. If you do not have buttermilk, you can make a marinating mixture.

Place one tablespoon of vinegar in a measuring cup. Add milk to fill the rest of the cup and let it sit for 5-10 minutes. Once it curdles, you can use it as a marinade.

If you need help choosing a cooking thermometer, check out our post here.

Have you ever wondered if KFC boils their chicken first? There has to be a secret to making great chicken, right? According to an article, no, KFC does not boil their chicken first. Instead, it goes through a different process. Let's take a look.

Before coating the chicken, they dip the chicken into cold water. Other sources say they dip it into brine water. This step helps the flour adhere to the chicken.

Finally, they place the chicken on a rack into a machine that pressure fries it. KFC uses a unique appliance that fries multiple pieces of chicken at once!

As you can see, there's a lot that goes on when you fry chicken. The choices you make can influence the texture and flavor of it. We hope you found the information above insightful!

Before you go, are you wondering what oil is best for chicken? We can help you make a choice. For more information, check out our post here. Until next time!

At What Temperature To Bake Pork Chops?

How Long Can Pizza Dough Sit Out Before Cooking?

How Long To Cook Salmon In Pan On Stove?