Pressure cookers have become quite popular in recent years and for good reason. They allow you to cook an assortment of things quickly and conveniently. If you've been cooking with one, you might be wondering if it's normal for it to leak steam. We did the research to bring you the answer.

Don't stop here! Keep reading to learn more about pressure cookers, how to fix the seal, whether or not your pressure cooker hissing is a problem, and more. Without further ado, let's get into it! 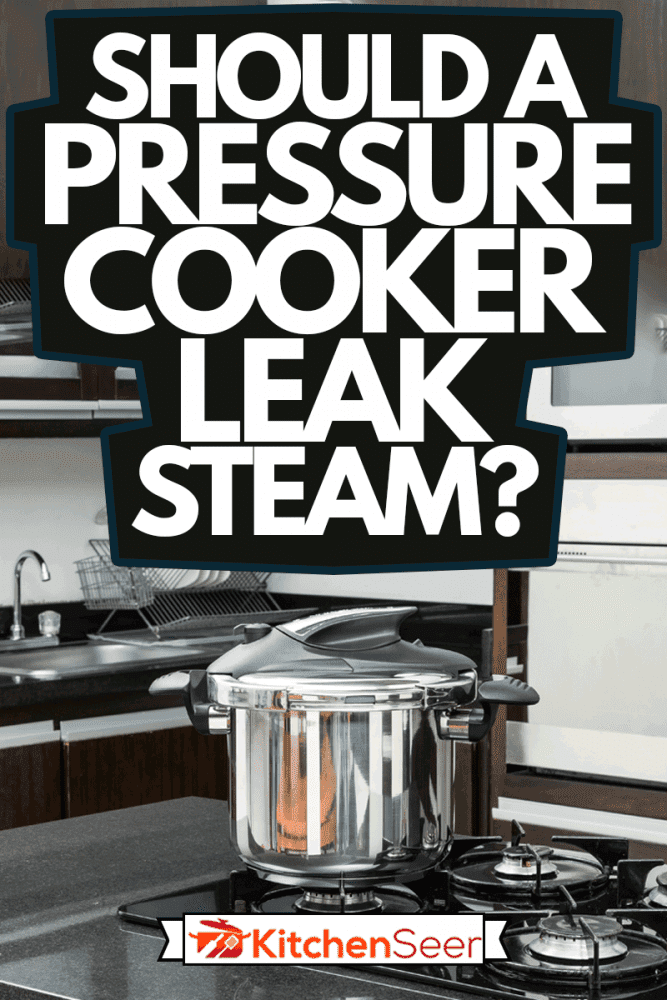 Whether or Not Pressure Cookers Should Release Steam

Perhaps the most awesome thing about pressure cookers is that they cook food significantly faster than any other method of cooking. What's more, you can cook a wide variety of foods in a pressure cooker.

A pressure cooker typically leaks steam during the pressurization process, and that is nothing to worry about. You will usually see the steam leaking from small openings such as the pressure valve on your pressure cooker or from the edges of the lid.

However, sometimes steam will be released if the lid is not completely sealed, so always be sure to put the lid on properly. There could be damage to the lid or the edges of the pressure cooker, so these are things to look for as well. Additionally, be sure not to use more water or liquid than necessary.

Another reason pressure cookers release steam is because the seal is broken. If this is the case, there are a couple of things you can do. 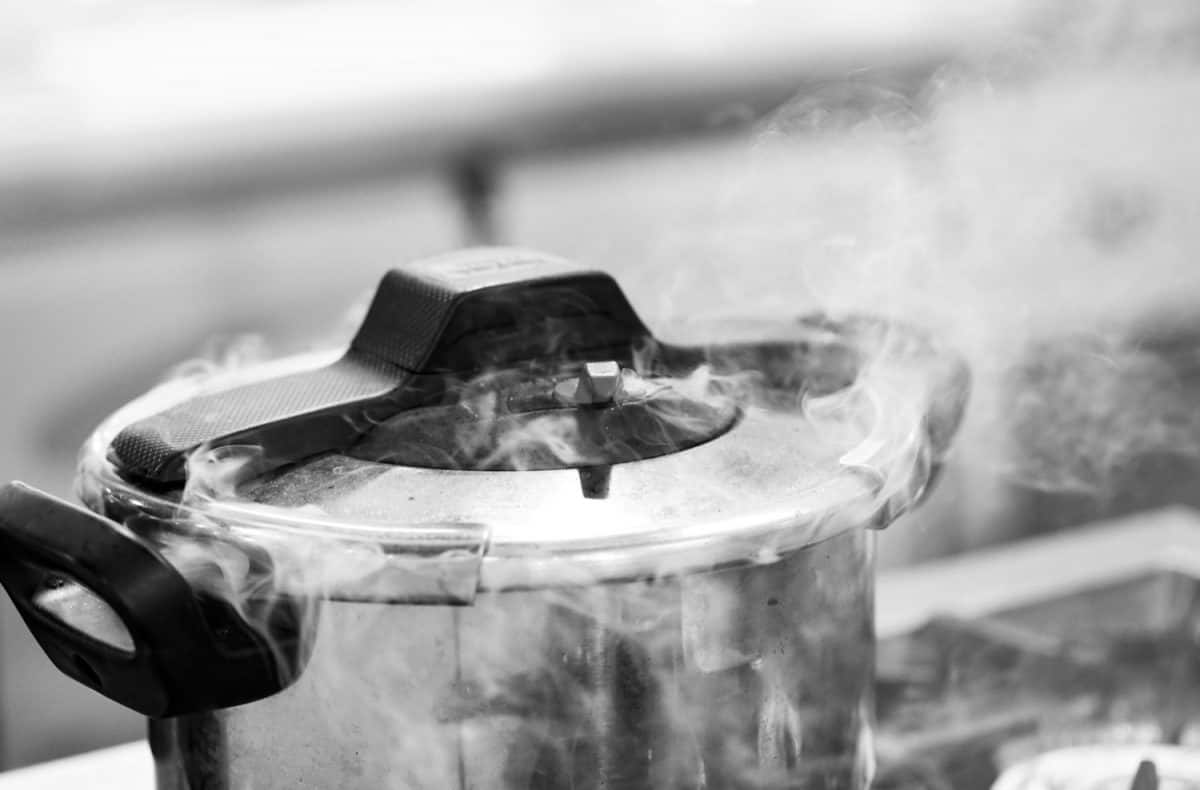 There are a few different options of Instant Pots, but they are essentially all the same in the way that they are all pressure cookers and they all release steam in the same way.

Stovetop pressure cookers made of stainless steel, rather than aluminum, last the longest. Glass top stoves cook food more quickly than traditional stoves, so if you have a glass top stove you do not have to turn the heat up as high as you would otherwise, and you may see steam vent more quickly than normal.

Whenever your food is finished cooking in an Instant Pot, you can turn the valve which will rapidly release steam. If you do not want to release that much steam at once, you can do what is called a natural release.

You can leave your food on the keep warm setting or turn it off and wait about five minutes before venting. Then, there will not be any steam that comes out when you turn the valve.

Why is my pressure cooker leaking steam? 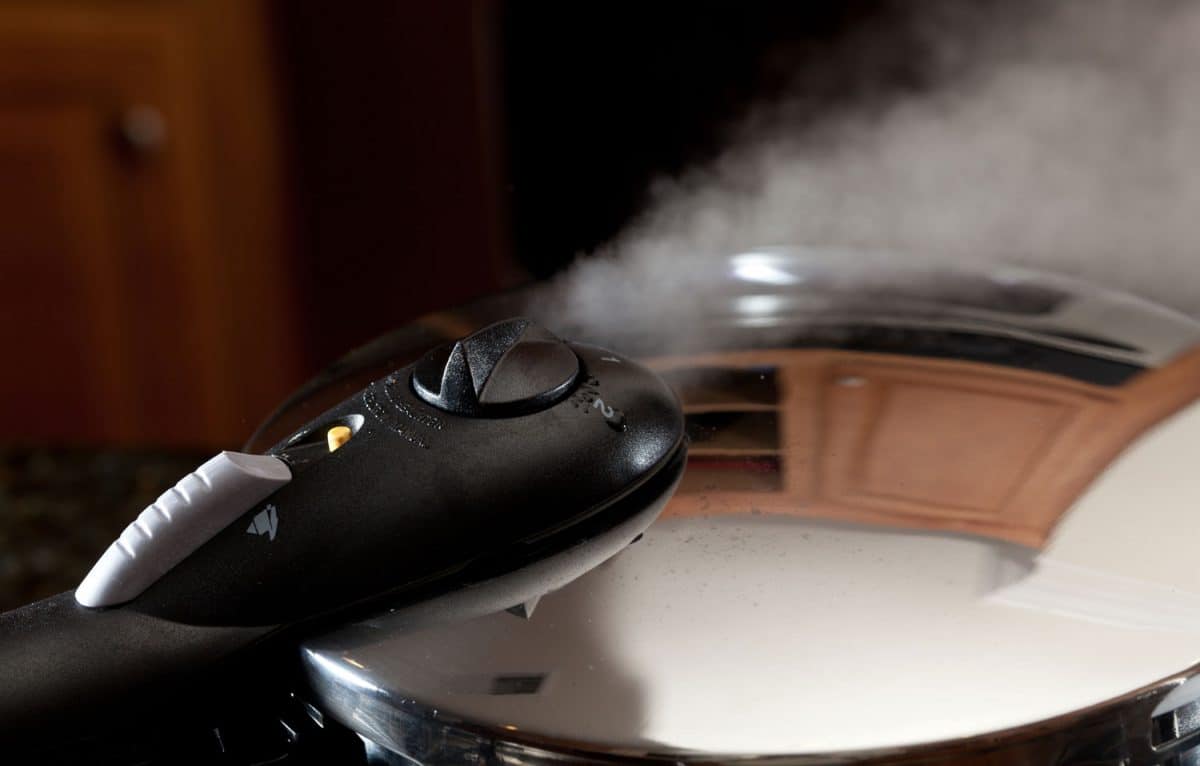 Your pressure cooker is most likely leaking steam because it is going through the pressurization process. When the pressure is increasing, some steam might be released. If the lid is not on the right way, steam will leak too. Be sure to seal the lid and turn the pressure valve to the sealing position.

Another likely reason your pressure cooker is leaking steam is that the valve is not in the exact position it needs to be in.

If the pressure valve is not in the correct position, you will see steam leaking out. After you switch the position of the steam release valve from venting to sealing, it should seal and stop leaking steam.

It's also possible that your pressure cooker has a deeper issue. An example of a bigger problem would be if steam continuously leaks or if a lot of steam is being released. There may be food particles stuck in the seal, or the seal might need to be fixed or replaced.

How do you fix a pressure cooker seal?

Do not clean a gasket ring with an abrasive surface. If cleaning the gasket ring does not work, then you will have to replace it. They are not very expensive, and it is an easy process to replace them.

Click here to see this replacement gasket on Amazon.

How long does it take a pressure cooker to build pressure? 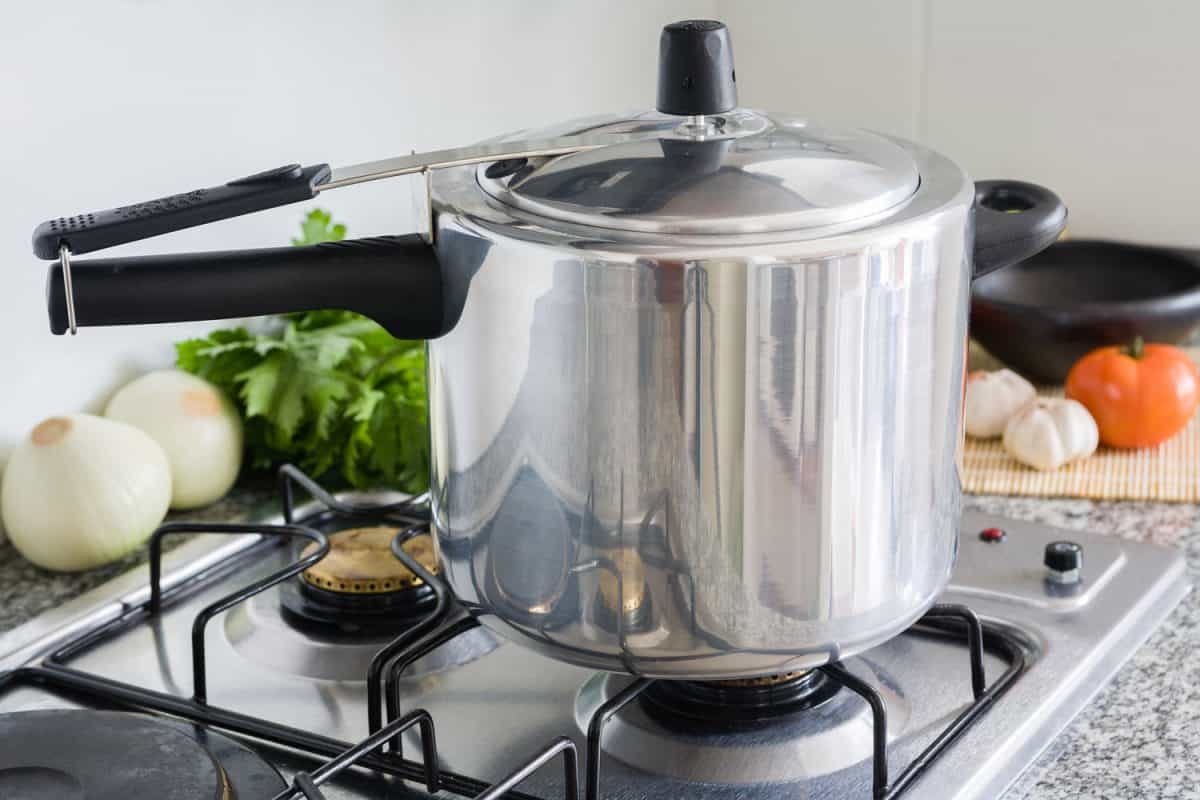 It takes an Instant Pot approximately 10 minutes to build pressure. It takes longer than that if it is full. When a pressure cooker becomes pressurized, the float valve pops up and the timer you set begins.

Double-check the original packaging or product description to make sure it can withstand at least 15 pounds of pressure per square inch (psi). Stovetop pressure cookers take an average of 20 minutes. Watch for the float valve pin to pop up if you are trying to gauge when it has become pressurized.

How do you know when your pressure cooker is ready?

Should my pressure cooker be hissing? 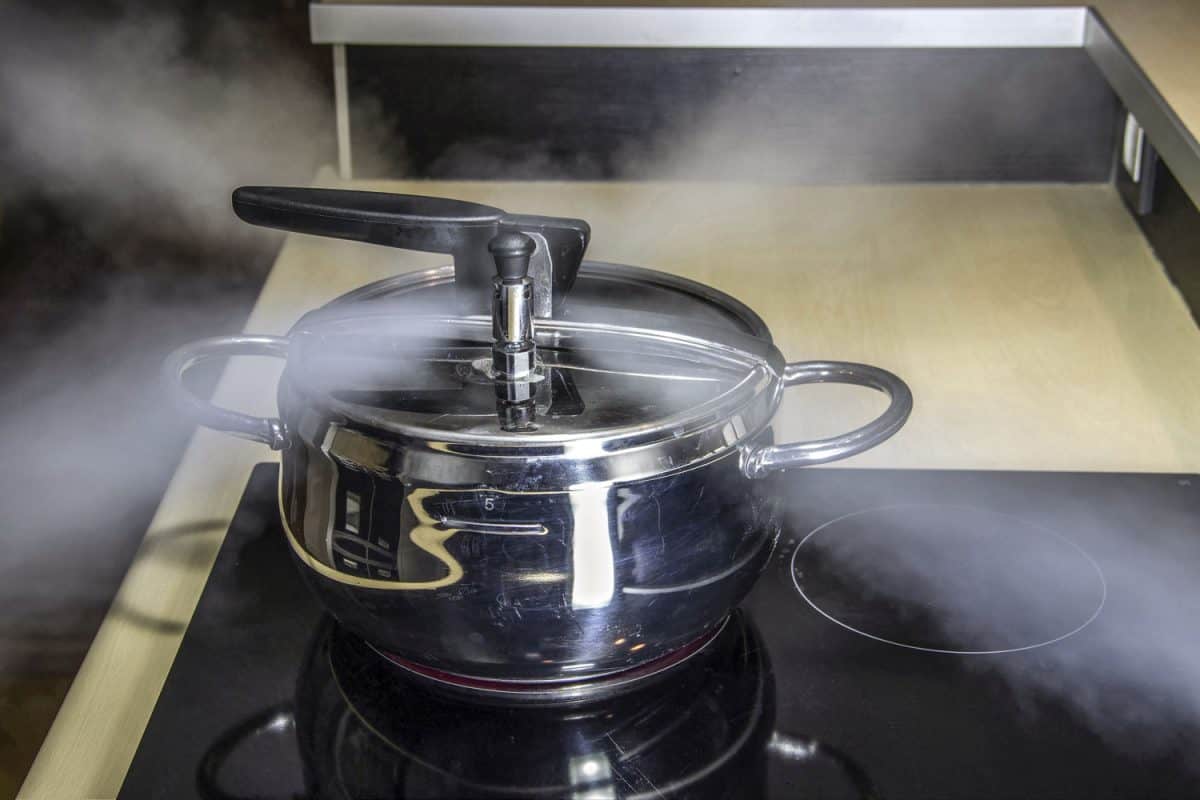 It is normal for your pressure cooker to hiss a little bit. It will sometimes hiss when the pressure has built up and the sealing process is taking place. If it is hissing continuously then the steam release valve is likely not closed completely.

If your pressure cooker is hissing it could possibly be a sign that the setting is too high. In order to prevent your food from getting overcooked, be sure you have the right temperature setting chosen.

Set a timer if there is one built in such as with Instant Pots or on your oven if you are using a stovetop pressure cooker.

What is the temperature of the steam coming out of a pressure cooker?

The other main reason you will see steam is if the lid is not on the pressure cooker correctly. If steam is leaking in excess and does not stop after the pressurization process, then you might have a deeper issue which will need to be resolved.

Before you go, be sure to check out these other guides:

How Long Should You Cook A Pot Roast?

Do You Need Special Coffee For A Percolator?

What Is The Best Brand For Wall Ovens? [7 Brands Reviewed]