Whether it's chili or a stew, a crockpot is one of the best ways to make meals without spending so much time waiting for the food to cook. We're delving into the topic of crockpot use, whether it boils on low and how long you can keep it turned on in this post.

Crockpots deliver constant heat to the food for long periods. The food temperature inside the crockpot rises until it reaches boiling point, which causes the liquid closest to the hot surface to boil quickly. On a low setting, a crockpot will start to gently boil after about 4-5 hours.

We know there's a lot more to using crockpots for cooking meals. In this post, we will be elaborating more on best practices when cooking with crockpots and how long you can keep them on. Keep reading as we break down this information for you. 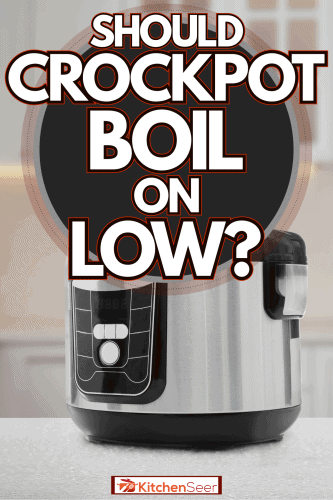 Should Crockpot Boil On Low?

Crockpots, otherwise known as slow cookers, are countertop electrical cooking appliances that simmer food at a lower temperature for a long time. The name "Crockpot" is a trademark name owned by Sunbeam Products for this appliance. These appliances are popular in many homes because it makes meal preparation easy for many families. 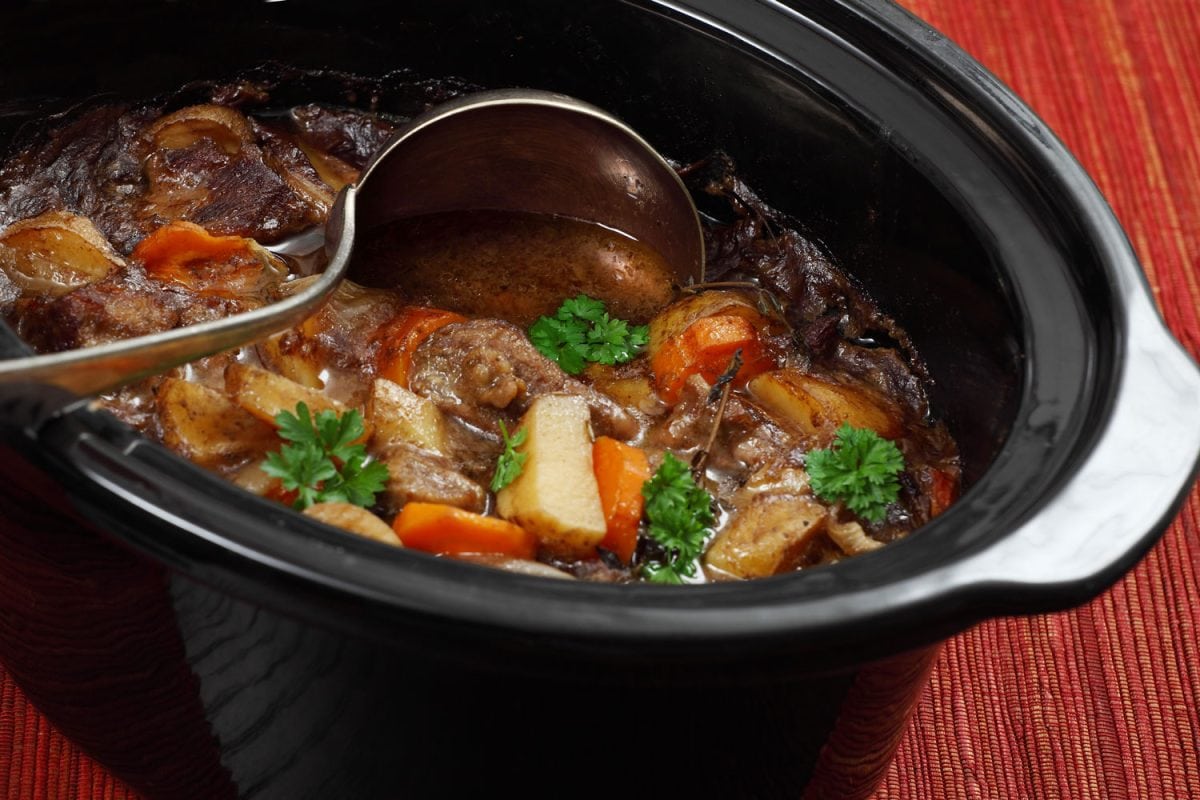 Generally speaking, crockpots are very easy to use. It only typically requires putting all the food and liquid needed for cooking inside the appliance and leaving it on to cook for several hours. Most food can cook on high for about 4 or 5 hours and on low for as long as 8 hours

When cooking food on low, a crockpot can boil after it has reached its boiling point. The food gets cooked slowly at a constant temperature of about  170 to 280°F over several hours. The direct heat, long cooking time, and steam allow the liquid to boil and cook the food in the slow cooker.

A crockpot can boil on low if it has been running for about 4 or 5 hours. The energy that reaches the food inside the crockpot transfers to the liquid closest to the boiling surface, gently boiling it.

Is It Better To Slow Cook On Low Or High? 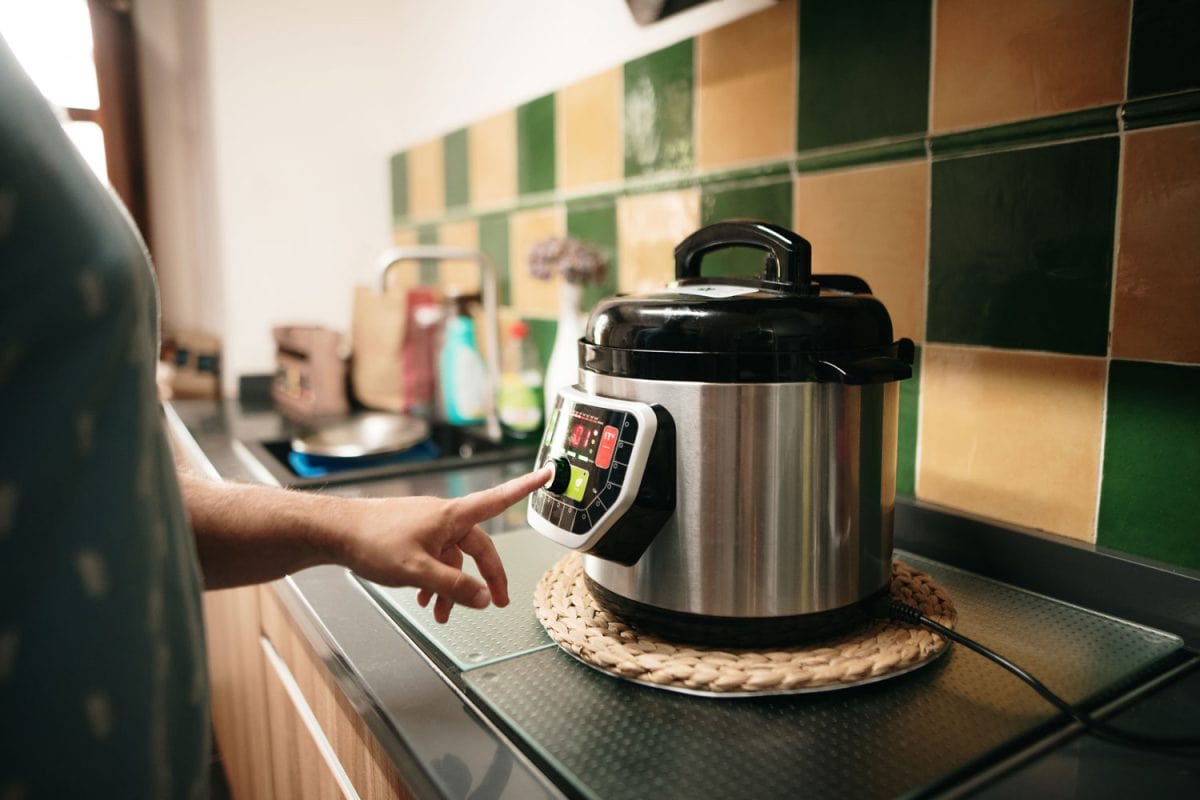 There is a very distinct difference in whether you should cook food on low or high. The crockpot's high and low settings do not necessarily refer to the temperature of the appliance, but the cooking time. When using crockpots, the food is heated until it is simmering, and the crockpot's temperature stabilizes whether it is on high or low setting.

Cooking food on low using the crockpot is best used to soften the food, and it allows more flavors to develop. For meaty stews or soups, cooking food in a crockpot on low can make the dish richer and more flavorful.

For other recipes that use lean meats or vegetables, it is better to cook them on high. This can prevent the ingredients from getting too dry or mushy, which can happen if it is being cooked for an extended period. However, you should take care not to overcook food by leaving it too long on a high setting.

Can You Overcook On A Crockpot? 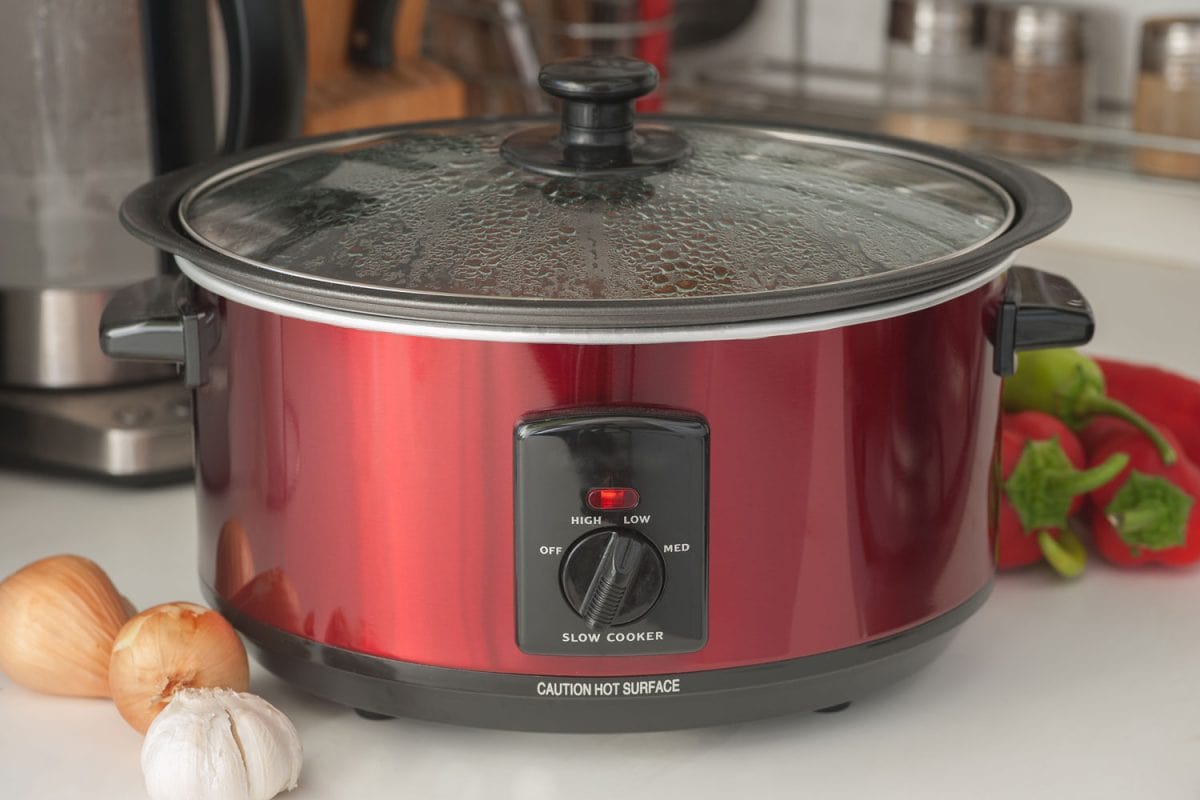 While crockpots are meant for long and slow cooking, there is still a possibility of overcooking your food. Leaving your food in the wrong setting for an extended time can cause your food to be dry, mushy, or rubbery.

In order to prevent this from this happening to your food, it is important to follow the correct setting and cooking time needed for that particular recipe. Be mindful to return to your crockpot if you set it on high because most dishes will be done cooking in about 4 to 6 hours in this setting.

When cooking using a low setting, you have more time on your hands before you need to return to your crockpot. However, do not leave your dish inside the crockpot for more than eight hours because it might dry out without you even knowing.

How Long Can I Keep My Slow Cooker On? 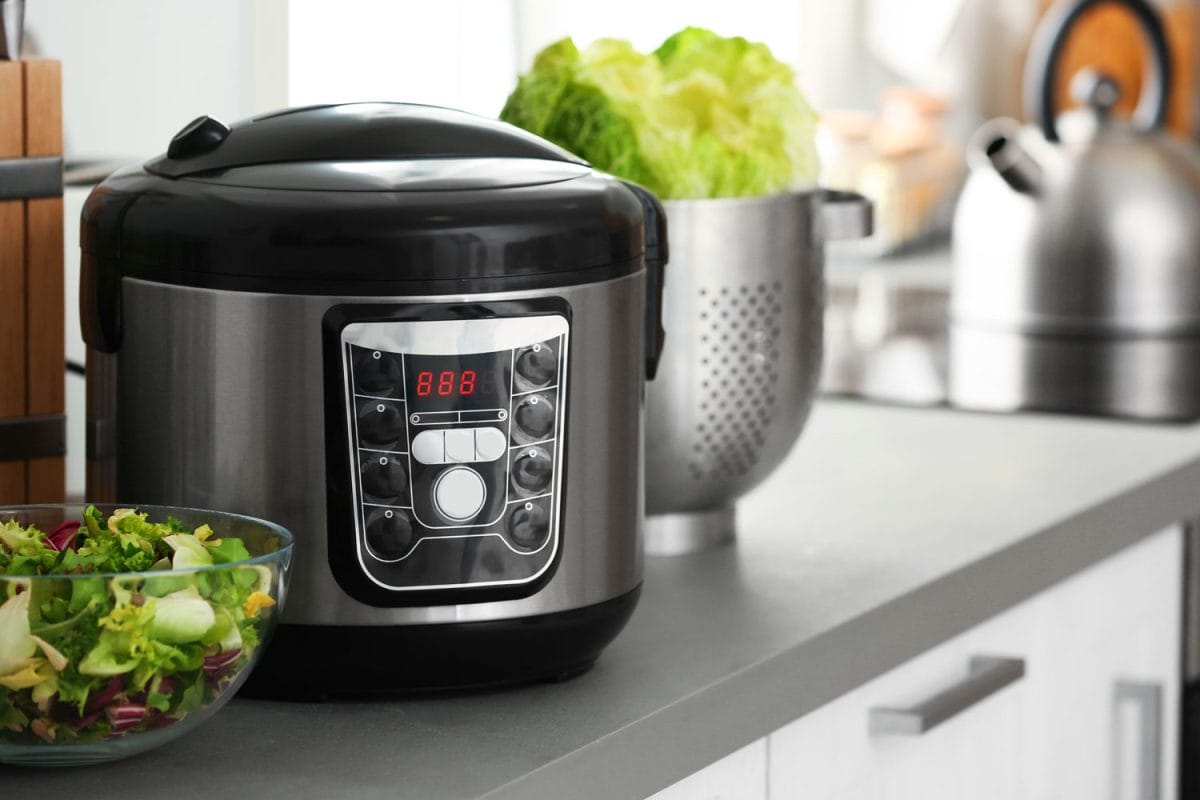 Slow cookers or crockpots were built to be plugged in for long hours at a time. Leaving it turned on for a very long time can be dangerous. Not only can it cause issues to your cooking appliance, but the food left out in the open for this long can have bacteria growing in it, making it unsafe to eat.

Most of the old crockpots require you to turn them off as soon as you finish cooking because it does not have an automatic shut-off feature. This has been resolved with newer, more technologically advanced crockpots because some of them are already time programmable, and it shuts off after this time.

A slow cooker also has a warm function that is great to use while waiting for the food to be served. However, even if slow cookers are meant to last for hours, you shouldn't leave them turned on to warm all day.

The general rule of thumb is that food can be kept warm in the slow cooker for 2 to 4 hours maximum. This is because the warm setting on the slow cooker is set at around 145°F, and according to the USDA, it can be quite close to the "danger zone."

There are different kinds of slow cookers that you can use for your home. While most of them do the same thing, some slow cookers do have extra features like programmable timers and multi-cook functions. These features can help you pick which one will be most suitable for your use.

This basic Crockpot does the job without any fuss. It is basic and very similar to older models of the slow cooker because you only need the low, high, and warm setting for it to operate. If you are new to slow cooking, then this is a great choice.

Get this Crockpot on Amazon.

These appliances are not just for slow cooking but for other methods as well. Multi-cookers typically have a couple of functions like searing, pressure cooking, and sauteéing, which makes it easier for you because you don't have to transfer cookware before slow cooking.

Check out this multi-cooker on Amazon.

These slow cookers are great to use, especially for those who like to entertain a lot of people. Programmable slow cookers have an automatic shut-off function that can help prevent food from overcooking, plus it also has the function to set the needed cooking time.

For newbie slow cooker users, there are some things that are best avoided to make your slow cooking experience great. Here are some examples: 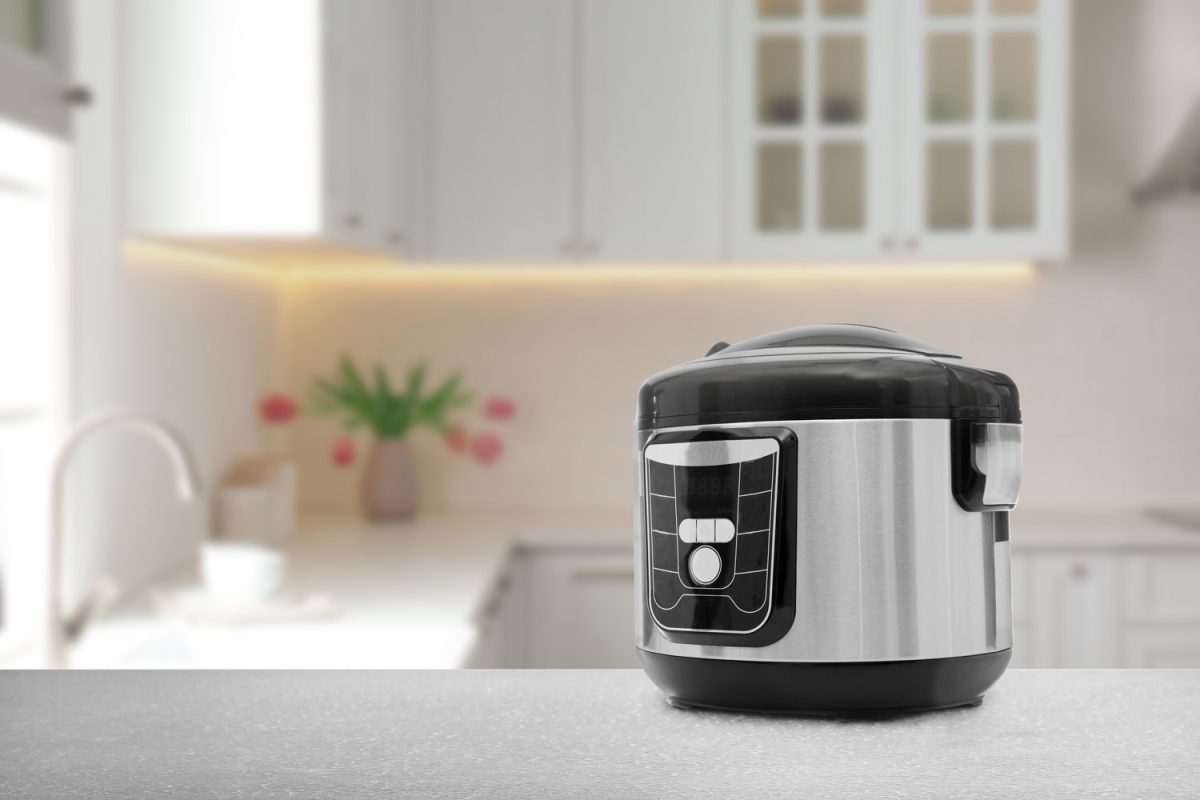 A crockpot is a great way to make sure that you will have a fulfilling meal every time you come home after a long day at work. With the right recipe and good ingredients, this should take off the time you need to spend preparing for dinner. Make sure to try different ways of cooking in your crockpot, and enjoy your meals without any hassle.

Are you looking to know more about crockpots? We have articles that might be of interest:

10 Pressure Cooker Alternatives You Should Consider

How To Arrange Appliances On A Kitchen Counter

Cuisinart Pressure Cooker Keeps Shutting Off – What To Do?