Because pressure cookers function in such a unique way, there are no easy substitutions. But do not fret; many recipes that call for the use of pressure cookers can be made using other cooking alternatives. Although the cooking times may vary with other methods, the task at hand can still be accomplished.

We will discuss the following pressure cooker alternatives in further detail: 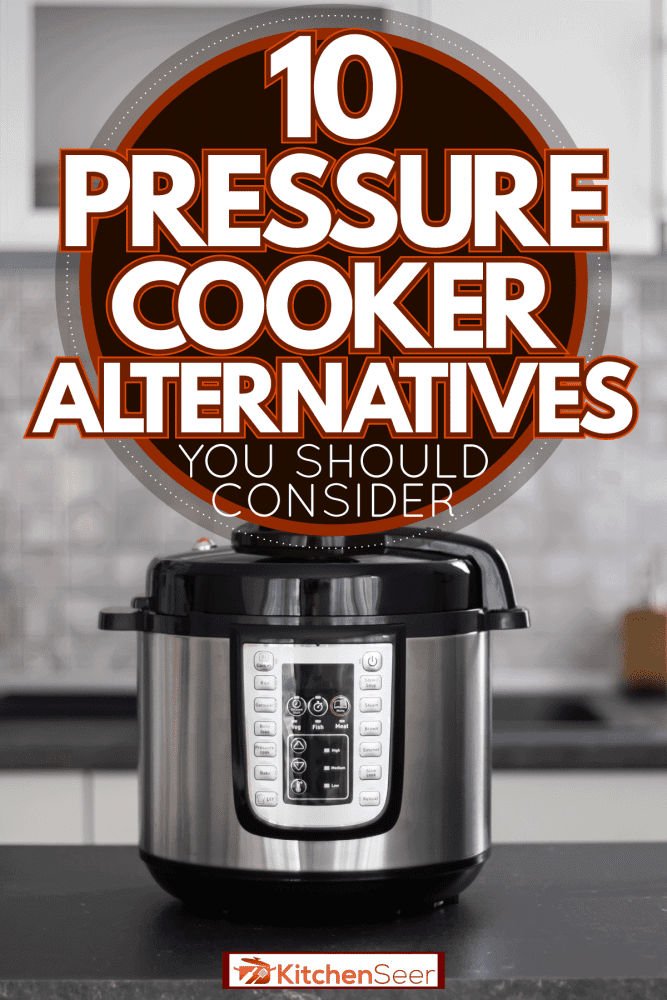 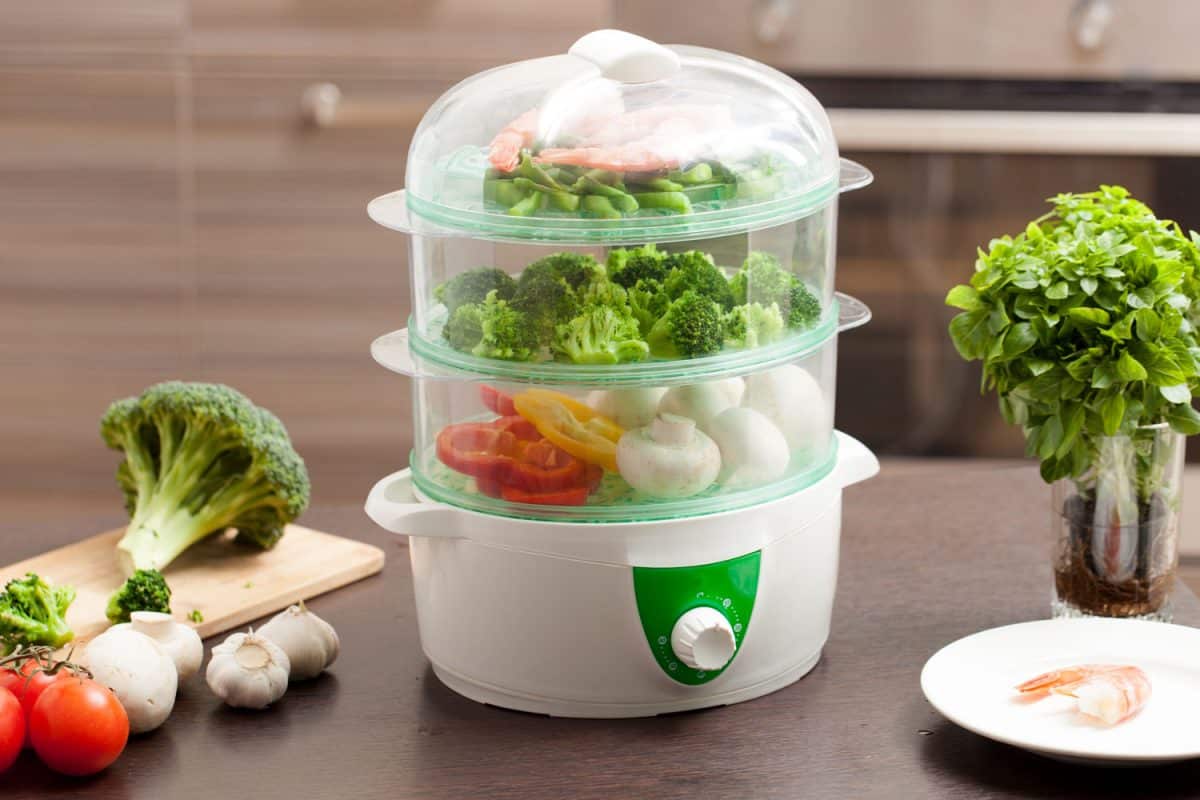 Steamers are a healthy alternative to other cooking options because they don't use fats or oils. Multi-level steamers are available to cook multiple foods at once.

A steamer can be made by placing a covered pan over another pan that contains boiling water. You can also steam foods in the microwave using plastic wrap.

Add a bit of water to your dish and wrap it with plastic wrap before cooking. Use caution when removing the dish from the microwave as it will be hot, and steam will also be released when the plastic wrap is removed. 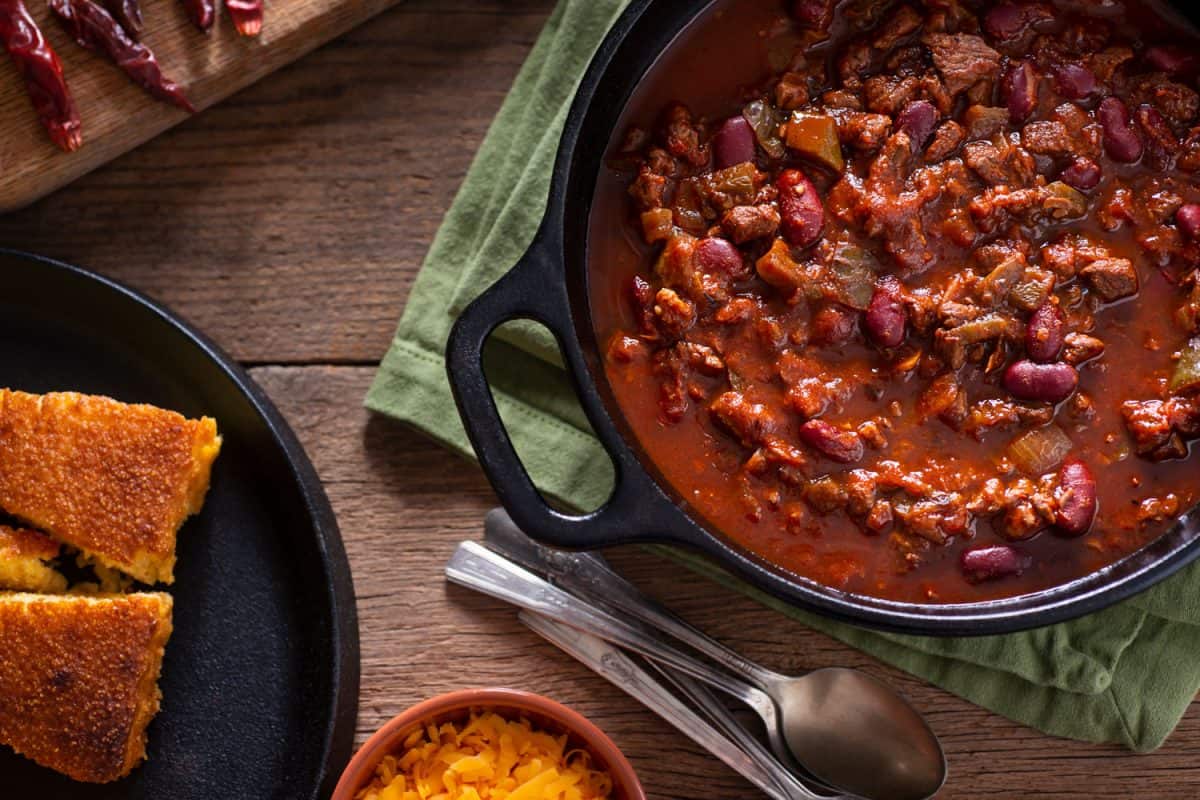 Dutch ovens are commonly made with seasoned cast iron but can be made from different types of metal and have been around for hundreds of years. These dishes have a tight-fitting lid and thick walls that retain heat for even heat distribution.

After placing the lid on your Dutch oven, steam will accumulate within the dish, mimicking the steaming function of a pressure cooker. Used to make bread, casseroles, and many other dishes, Dutch ovens are incredibly versatile and oven safe up to 400 degrees Fahrenheit. 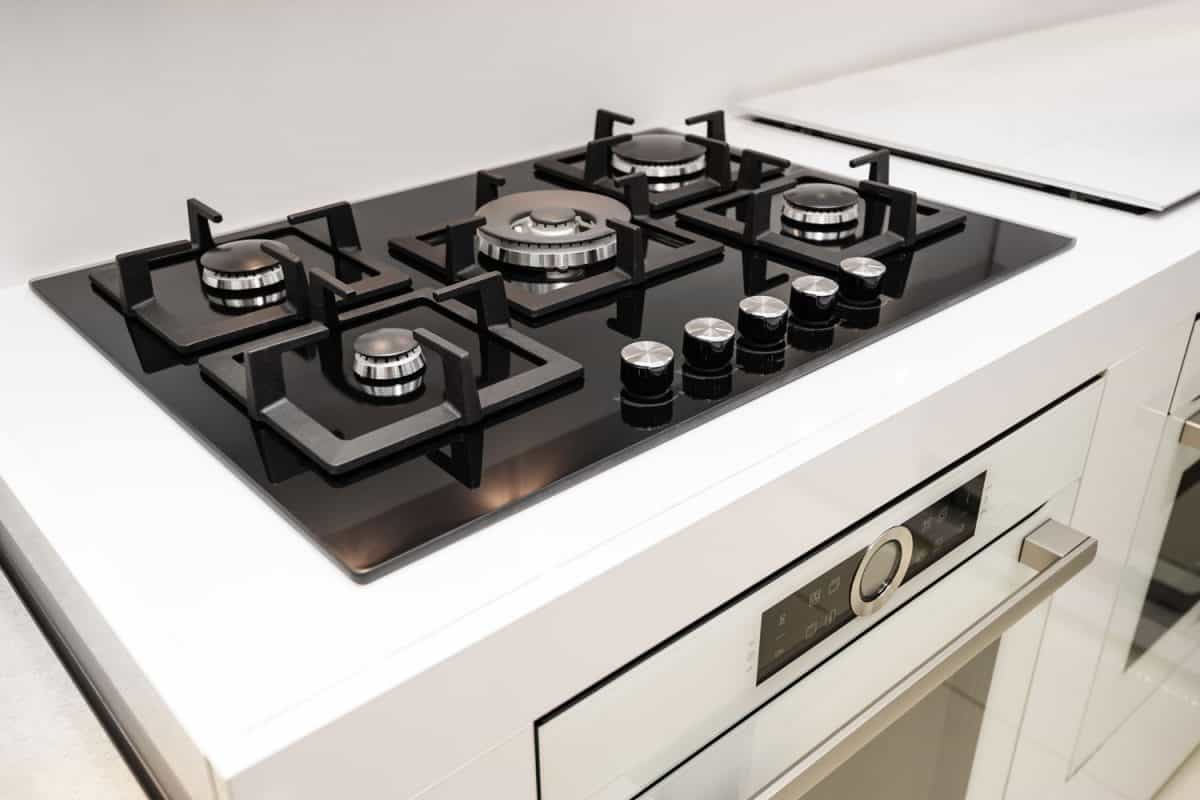 A traditional stove is freestanding and moveable, depending on whether you have an electric or gas stove. You will need to watch your food a little closer when using a gas or electric stove. 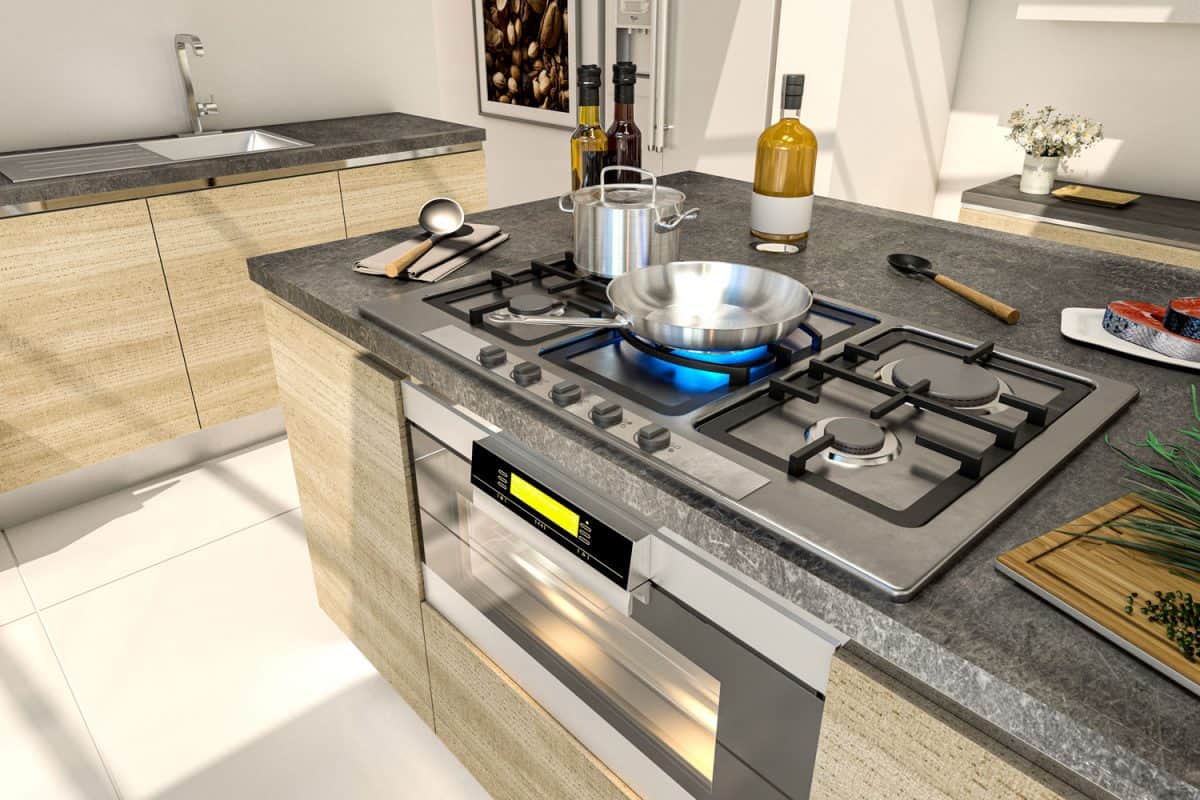 Gas stoves and hobs both cook food using flame heat. Foods will take longer on a hob than a pressure cooker, much like a stove, and will also need to be watched over during the cooking process.

Stoves are freestanding structures, while hobs sit on top of a cabinet and are designed to sit flush with the top of the surrounding kitchen surfaces. Hobs are built-in structures that cannot be moved like a stove. 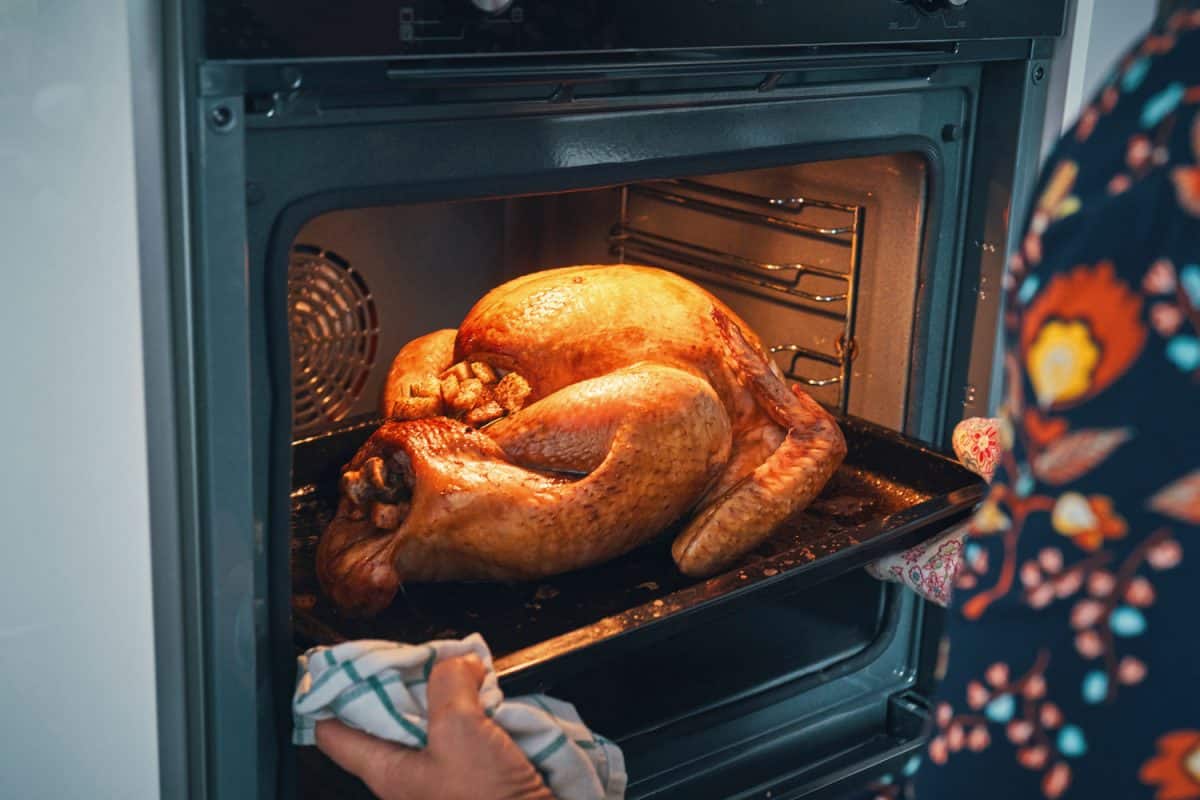 Cooking in the dry heat of an oven can make some foods dry. Oven bags, such as those pictured below, help food retain moisture and reduce cooking time. 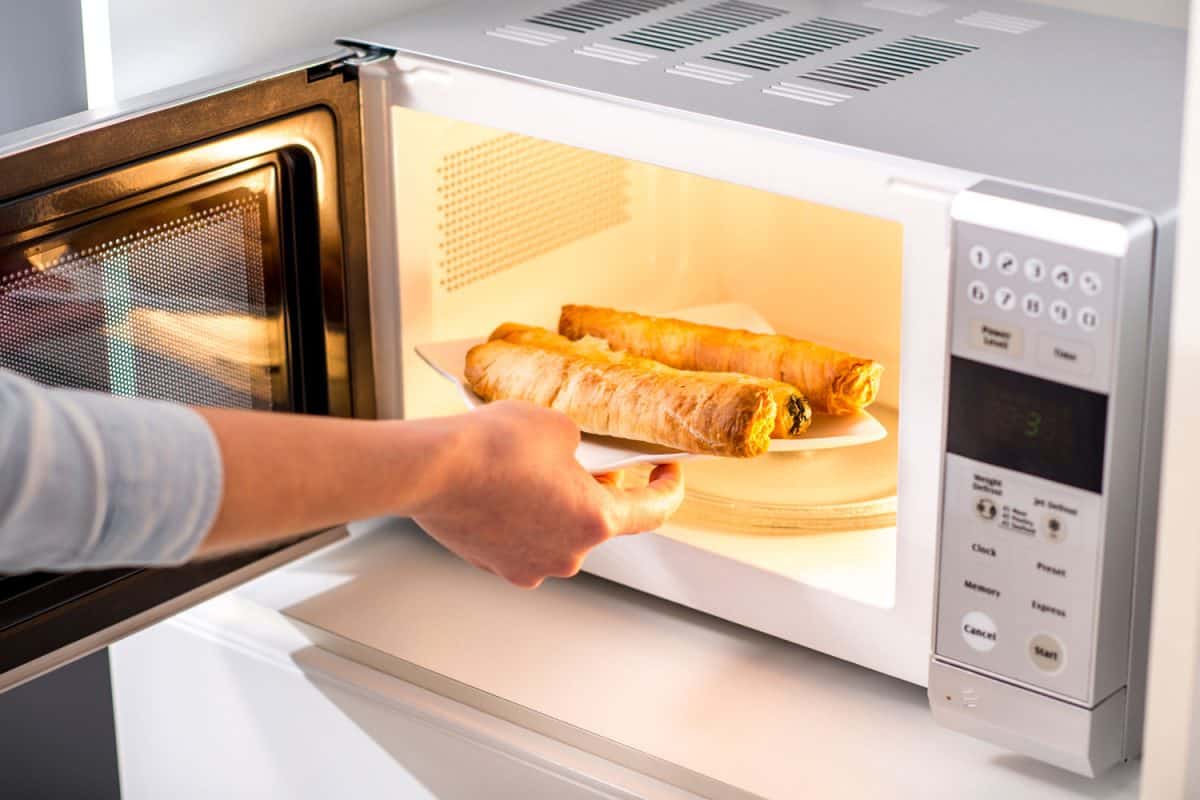 Microwaves are an efficient way to thaw or cook foods and can perform a wide variety of functions. As the name implies, microwaves use microwaves of energy to bounce back and forth, heating food to the desired temperature.

You may be afraid of cooking food in a microwave because of potential nutrient destruction, but this is a myth. Cooking temperatures are relatively low in a microwave compared to a pressure cooker, making it a safe alternative. 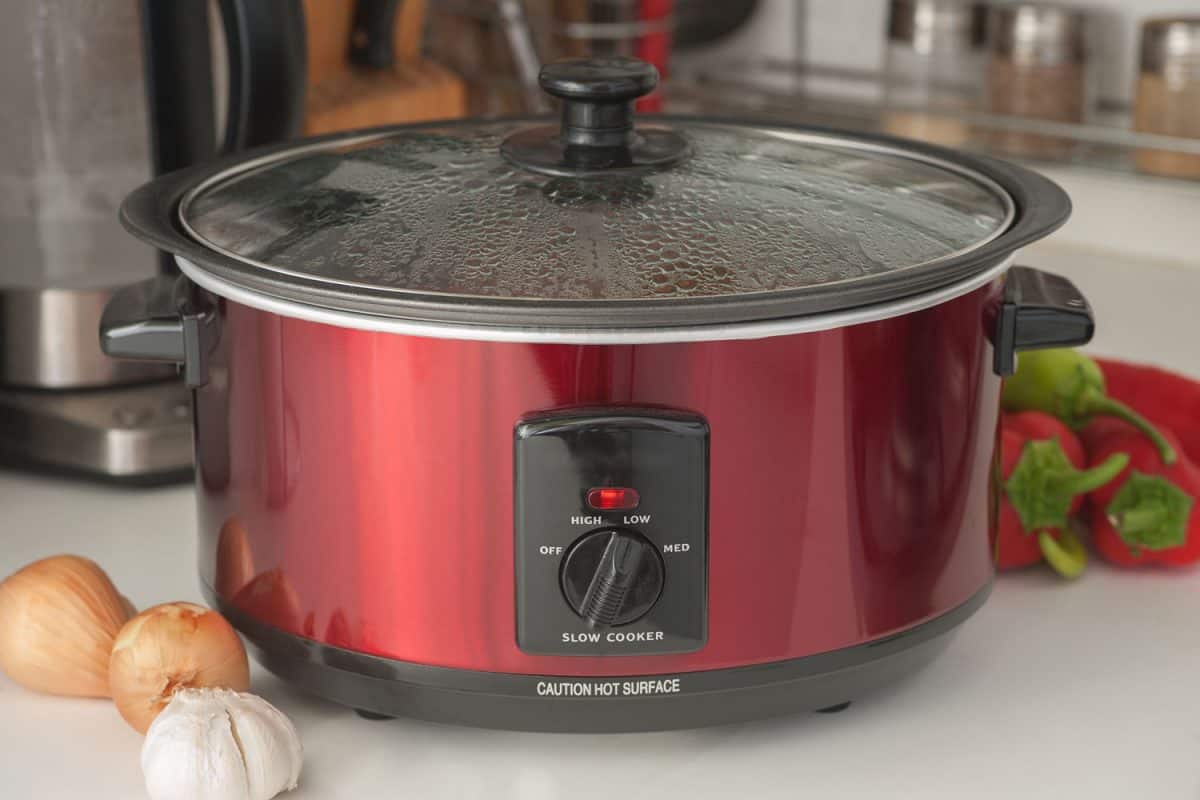 Slow cooker recipes allow you to be away from your dish while it cooks. The slow cooker shown below is programmable to keep foods warm for you after cooking is complete. 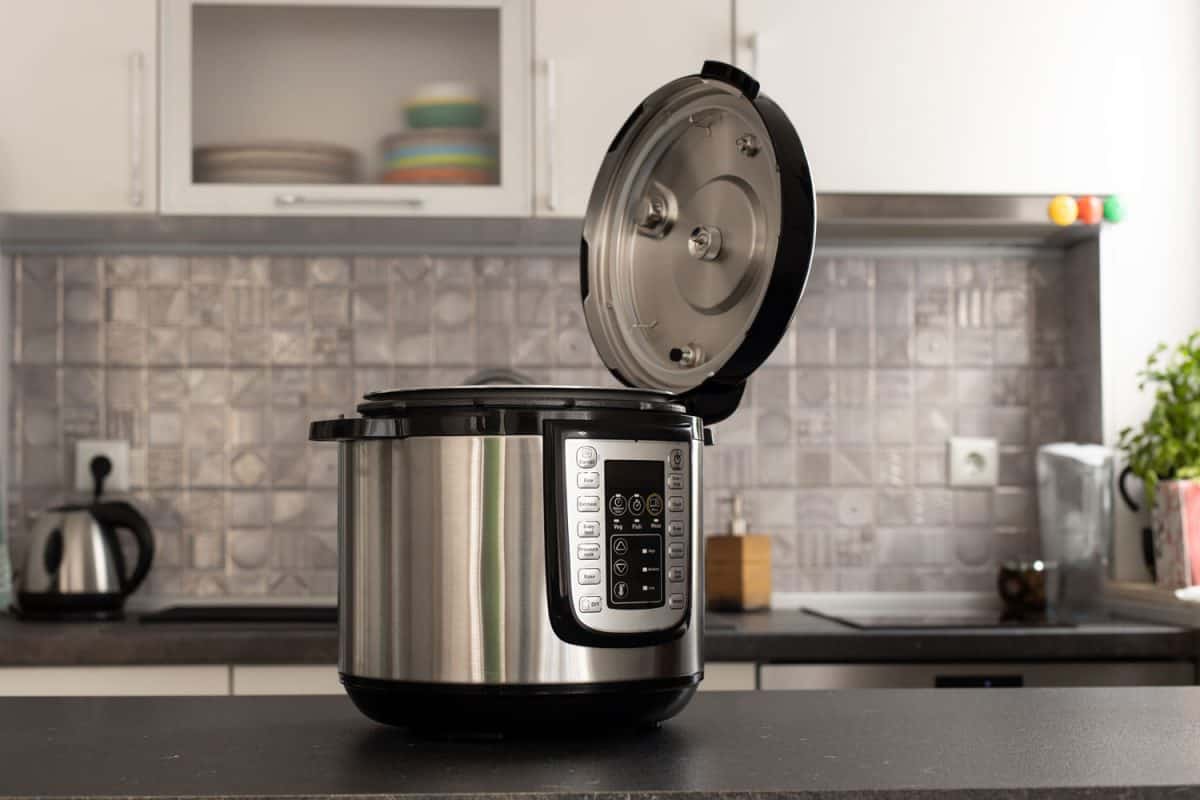 Multipots have functions capable of cooking rice and yogurt, increased safety features, and a saute function, making them a versatile alternative to pressure cookers. The Multipot shown below boasts a nonstick pot, making them easy to clean. 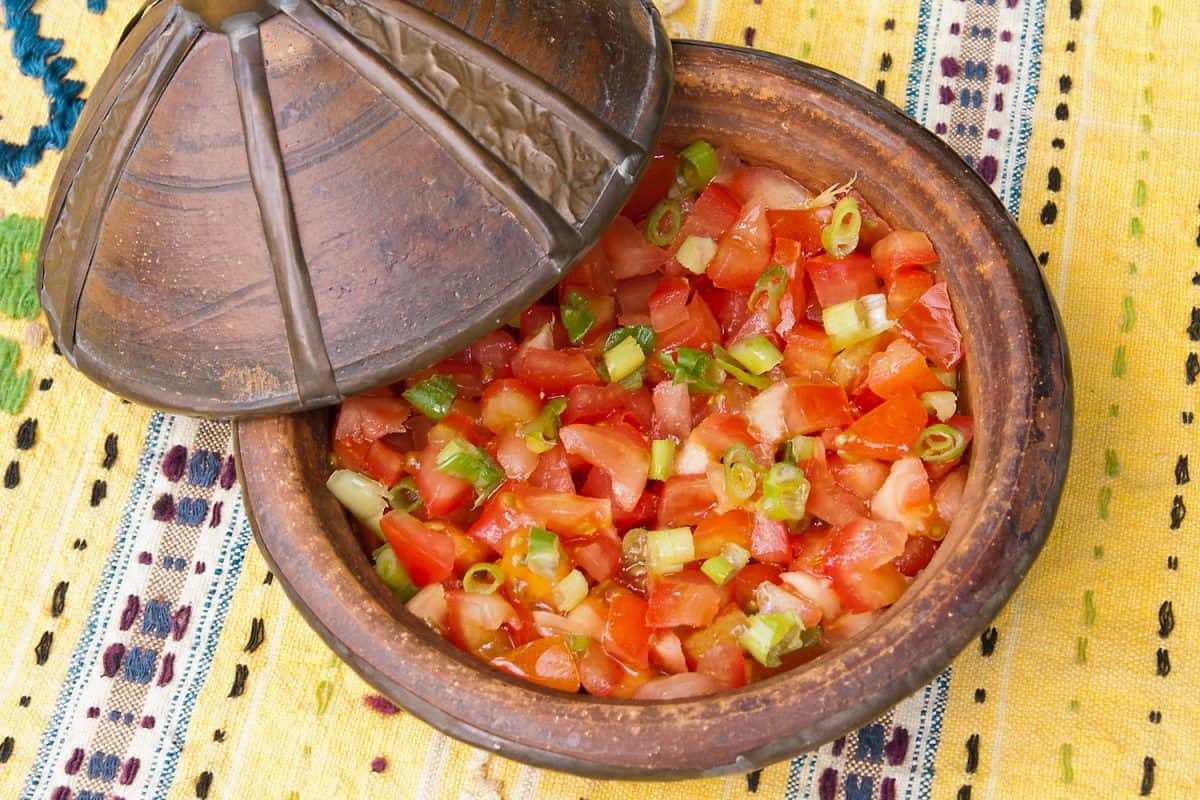 A tagine pot is a Moroccon cone-shaped pot designed to create a seal that traps steam and vapors inside. Tagine pots were created to place over an open flame, keeping moisture locked into the dish.

These pots come in a glazed model for serving and should not be placed over direct heat. The traditional tagine pot used for cooking is unglazed, much like the tagine pot pictured below. 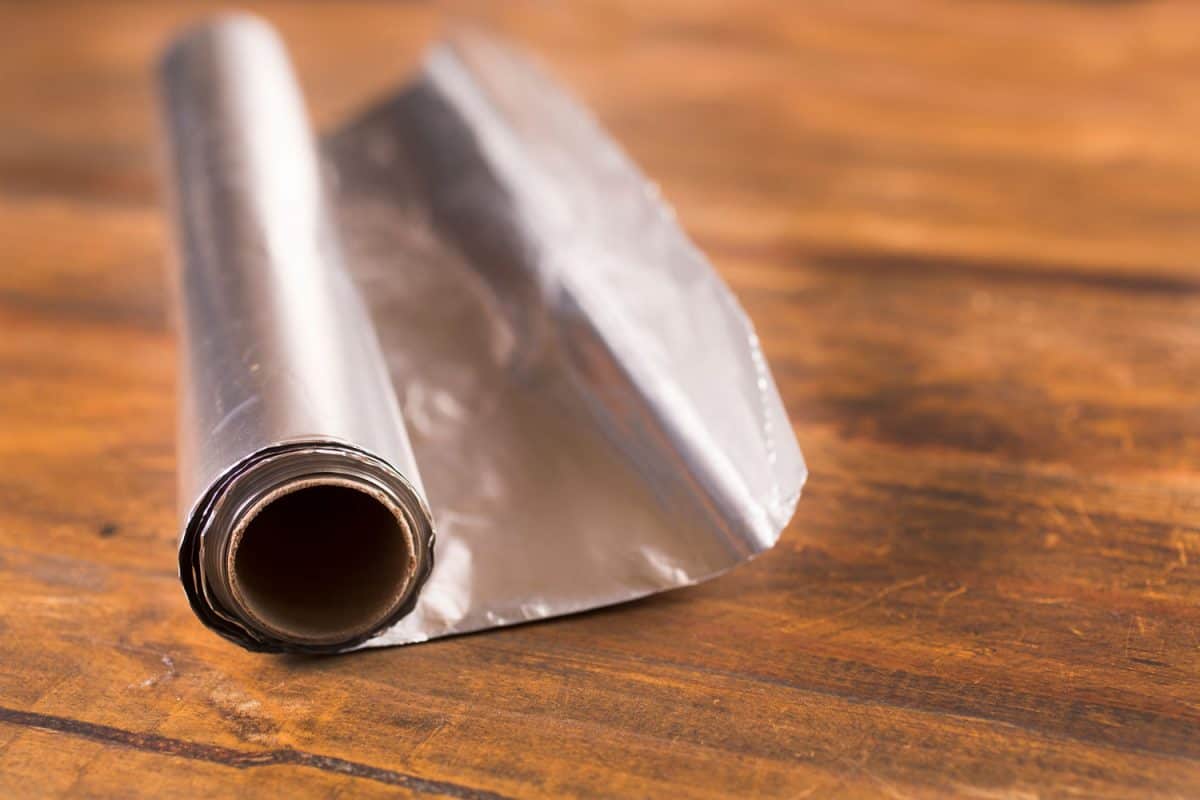 Aluminum foil can be used to trap steam and increase pressure in your cooking pot. After bringing your food to a boil, wrap the top of the pot with aluminum foil before putting the lid back on.

The increased pressure from the trapped steam will act as a pressure cooker. Carefully remove the aluminum foil when food is done cooking to prevent steam burns.

Adding pressure to cook food will increase the temperature and decrease the cooking time. The same results can be achieved when cooking meat on the stove; it will only take 2 - 3 times longer.

Because a pressure cooker has a rubber-lined lid that creates a tight seal, steam is tightly trapped within the cooking vessel. This modification cannot be replicated with other cooking dishes, so plan on a longer cooking time for your meat without a pressure cooker.

Can a rice cooker be used as a pressure cooker?

Rice cookers are typically comprised of an inner pot near a heating element. When appropriately used, they are a convenient and efficient way to cook rice and other foods.

How can you cook without a pressure cooker?

As discussed above, pressure cookers decrease cooking time by increasing temperatures. The trapped steam inside of the pot or cooking vessel increases temperatures and cooks food hotter and faster.

By cooking foods at normal temperatures for longer times using a cover, you can replicate the results of a pressure cooker. Use adequate amounts of liquid to ensure that your food does not dry out. 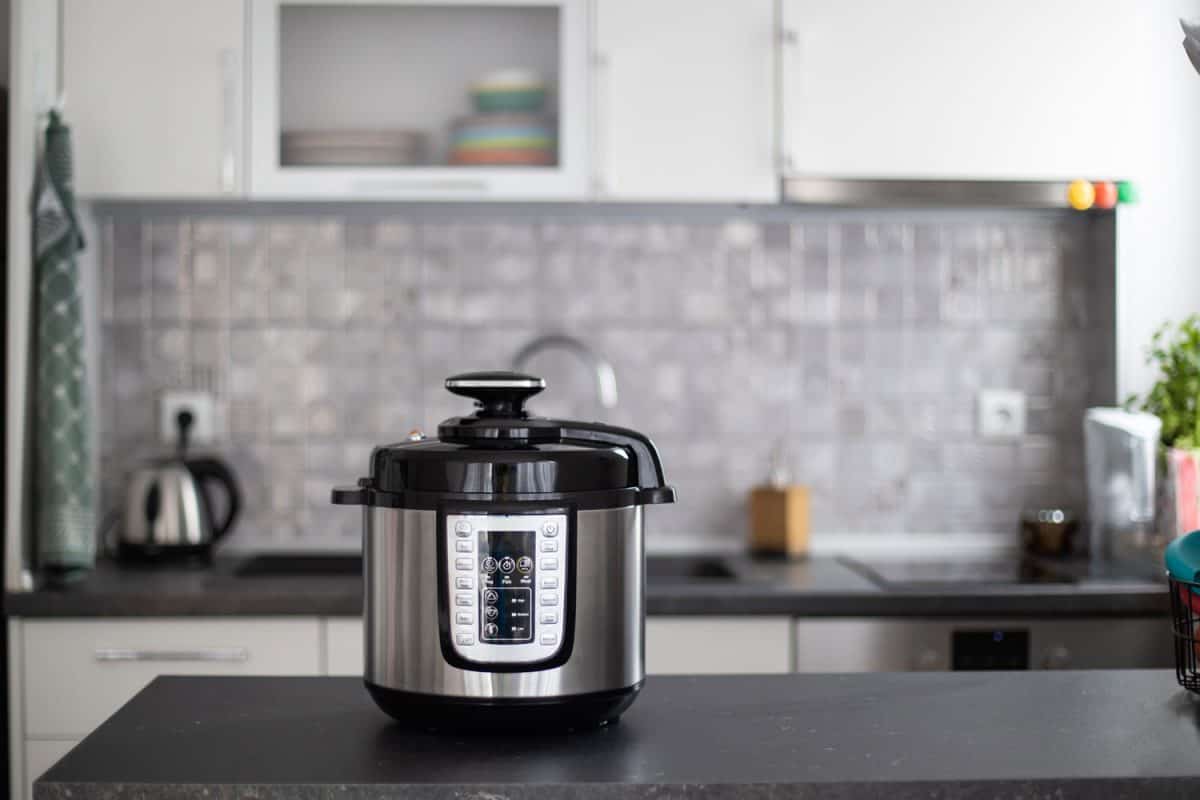 Nutrients are retained in the process of pressure cooking because of the closed system. We hope that the above pressure cooker alternatives have inspired your inner cook.

Before you go, here are some other articles that may be of help to you:

How Long Should Pressure Cooker Take To Pressurize?

What’s The Best Type Of Pots And Pans For Cooking On A Gas Stove?

Microwave Runs But Not Heating Up – What To Do?

Can A Blender Chop Vegetables?

How Hot Does Keurig Water Get?