In this article, we will learn if you can use pizza flour to bake bread. We will also learn the answers to other interesting related questions such as, can you substitute all-purpose flour for pizza flour, and what's the difference between pizza flour and baker's flour? Keep reading to learn more. 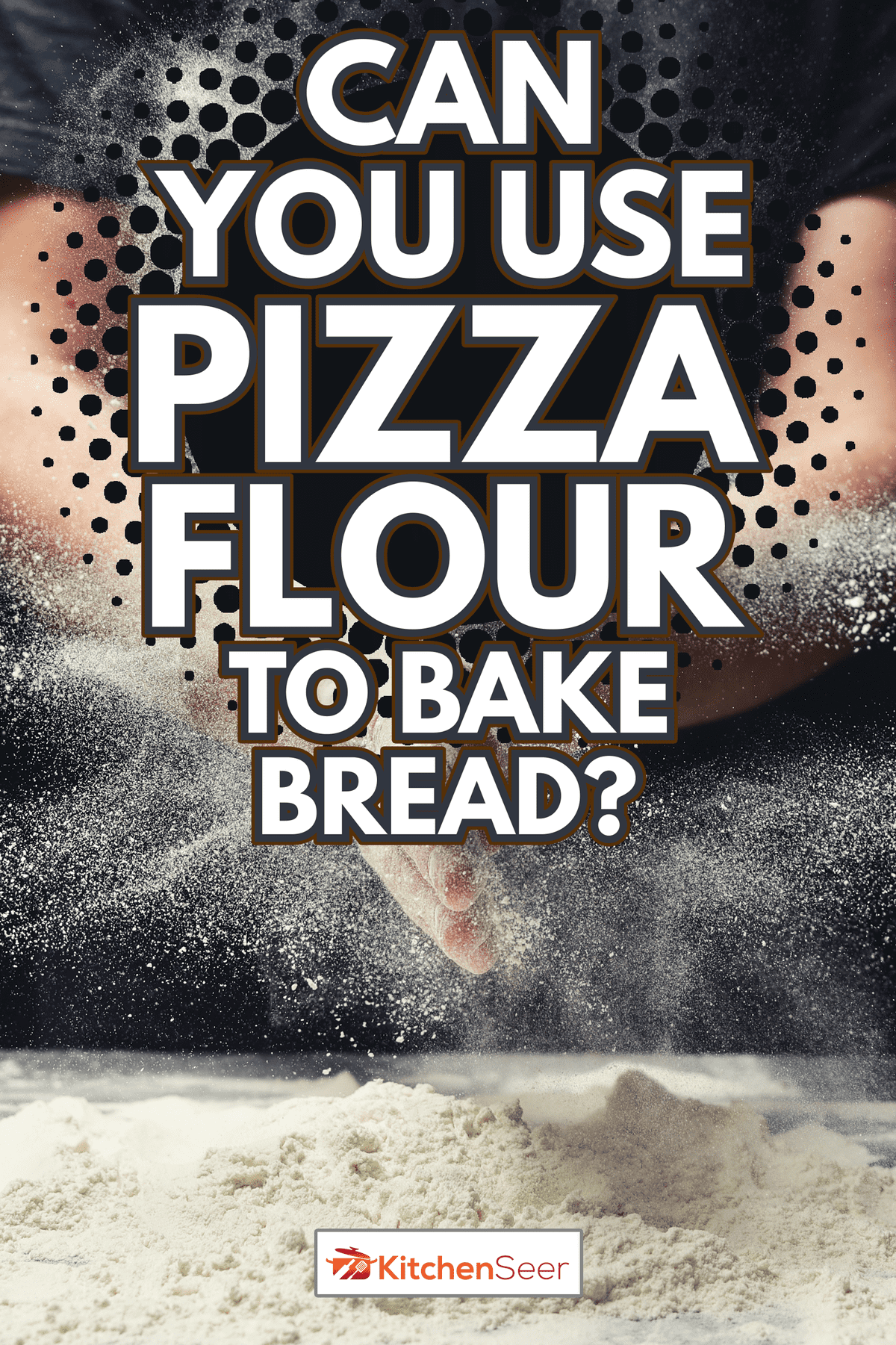 Can You Use Pizza Flour To Bake Bread? 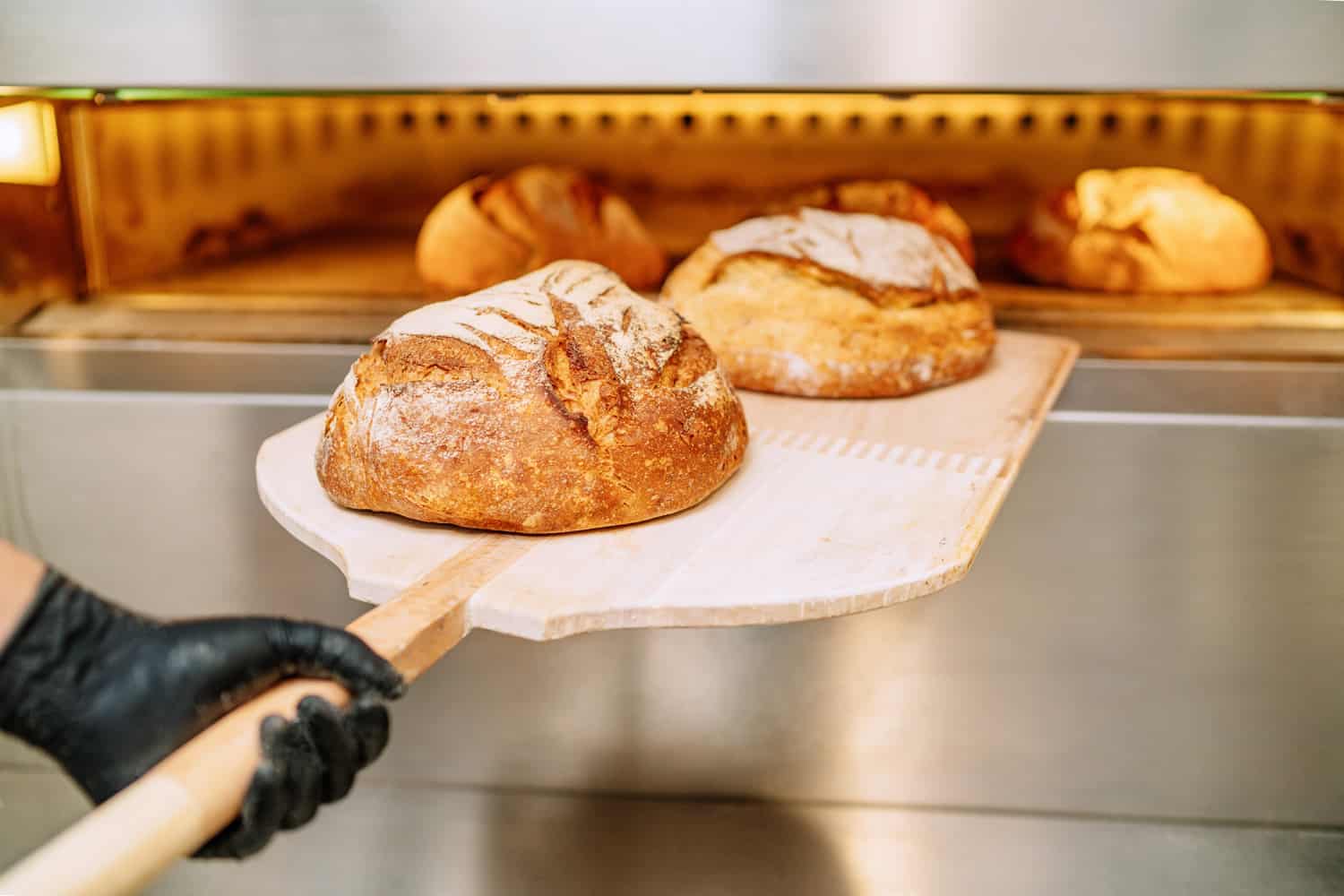 You can use pizza flour to bake bread. There will be minor differences between bread made using all-purpose flour and pizza flour, but those differences don't impact the bread enough for most people to tell.

The main difference between pizza flour and standard flour is that pizza flour is higher in protein, and this increased protein gives the bread a higher gluten content which helps the pizza crust rise and gives it its famous chewy texture.

The higher gluten content in the flour will give the loaf of bread a slightly more chewy texture. Most people are unlikely to notice the difference between bread made with standard flour and pizza flour.

The increased sponginess from the gluten will also give the edges of the bread a slightly crisper texture. This crispier texture will be, like the chewiness of the bread, only marginally increased.

One other thing to keep in mind is since the pizza flour will make a dough that is higher in gluten, it will need to be worked more before it is used to make bread than if you were using standard flour. While it will require more work, it should only need a few extra minutes of kneading.

Can You Substitute All-purpose Flour For Pizza Flour? 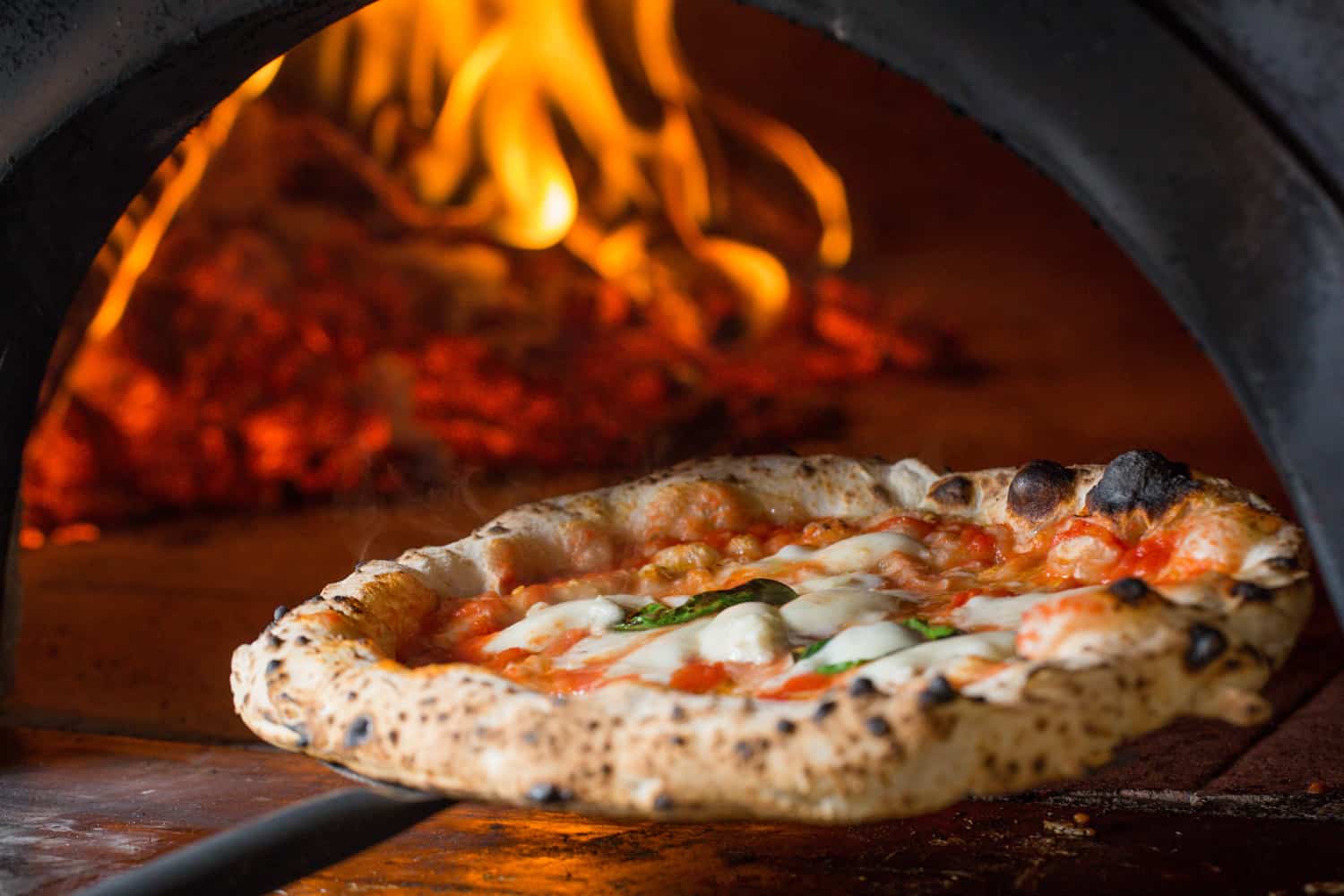 Texture Of The Crust

One difference a pizza made with all-purpose flour will have to one made with pizza flour is a less chewy crust. Pizza gets its famous chewy crust from pizza dough with high protein content, which is why pizza flour has an increased protein level.

Crispness Of The Crust

The crust's crispness is one of the other differences between making a pizza with standard flour instead of pizza flour. The increased gluten allows for a more spongy breading, which can crisp better in an oven than a flatter pizza crust.

Is It Still Okay To Substitute All-Purpose Flour For Pizza Flour?

It is still okay to substitute all-purpose flour for pizza flour because while it makes a less chewy and crisp crust, the gluten levels aren't so different that they significantly affect these areas.

While a skilled food expert may decern a difference, most average food lovers will hardly notice a difference. So as long as you aren't cooking for nobility, you can substitute all-purpose flour for pizza flour.

What's The Difference Between Pizza Flour And Baker's Flour?

Do Both Pizza Flour And Baker's Flour Have Increased Protein?

This is perfect for giving a pizza its spongy crust. The increased gluten also helps bakers who want a dough that can make a study bread to support a lot of rising.

Are Both Pizza Flour And Baker's Flour Finely Ground?

Pizza flour and baker's flour are more finely ground than standard flour, and this finer grind makes the dough easier to work and makes better bread.

The more fine flour makes smoother dough which is easier to work. Working the dough for longer gives the gluten strands time to line up. The more the gluten fibers line up, the chewier the bread.

Working dough for longer makes pizza crusts and bread loaves chewier and crisper on the crust.

These flours can be used interchangeably, but baker's flour is often cheaper since pizza flour is sold as an easy way to make pizza dough for those who don't know how but still want to make a pizza from scratch.

What's The Difference Between Pizza Flour And 00 Flour?

Pizza flour is a type of flour with increased protein to provide more gluten to assist bread rising. 00 Flour is a size grade for flour that is ultra-fine. Let's look at how these two flours relate.

How Does Flour Grading Work?

There are several flour grades from 00 to 2. 00 is the finest grade and is reserved for the finest flour. From there, the flour grades increase to 0, which is slightly more coarse than 00. Then there are 1 and 2, which are both more coarse respectively.

Can You Use Pizza Flour To Make Pasta? 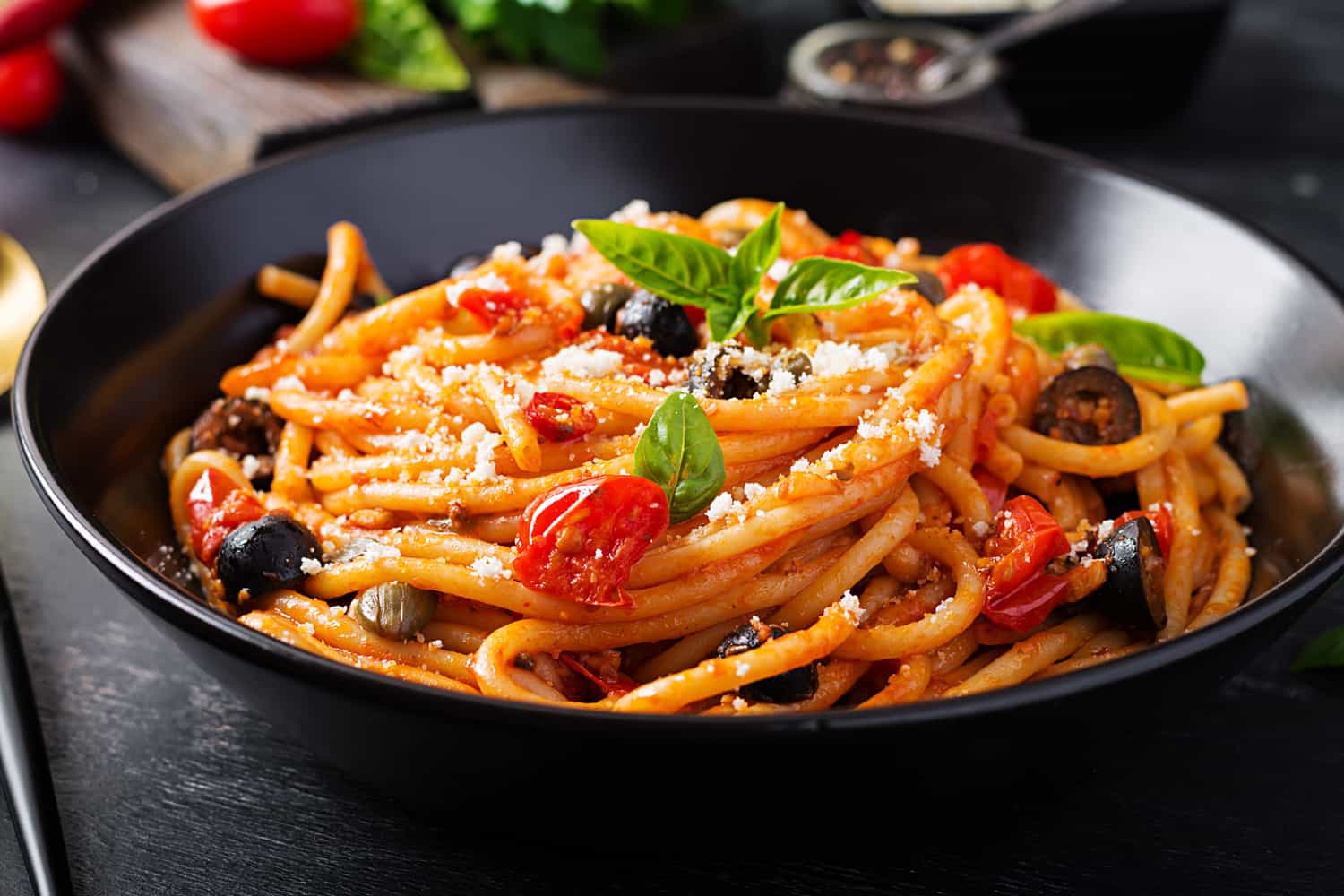 In short, you can use pizza flour to make pasta, but your noodles may be a little chewier. Pizza flour and pasta flour aren't perfectly interchangeable because of gluten.

Pizza flour has extra gluten to ensure a chewy pizza crust. While pizza dough and pasta dough require finely ground 00 flour, pizza flour has more gluten. The same size name has led many people to mistake the flours for one another and make pasta with pizza flour.

The great news is that even if you do mistake pizza flour for pasta flour, it will not significantly change your noodles. The extra gluten in the pizza flour will make the noodles chewier, but they still hold together and still taste like noodles. If you find that your noodles are having trouble holding together, add an egg.

So while you can use pizza flour to make pasta, you aren't supposed to. There is also one other reason to use the proper flour to make noodles, and it has to do with how gluten is on your body.

Unless you have a gluten allergy, gluten isn't going to hurt you. Gluten is, however, difficult to digest and can lead to an overfull or upset stomach. Noodles made with pizza flour will be higher in gluten and be more filling.

If you eat too many pizza flour noodles, you are more likely to suffer from the feelings of overeating than if you were eating traditional flour noodles. 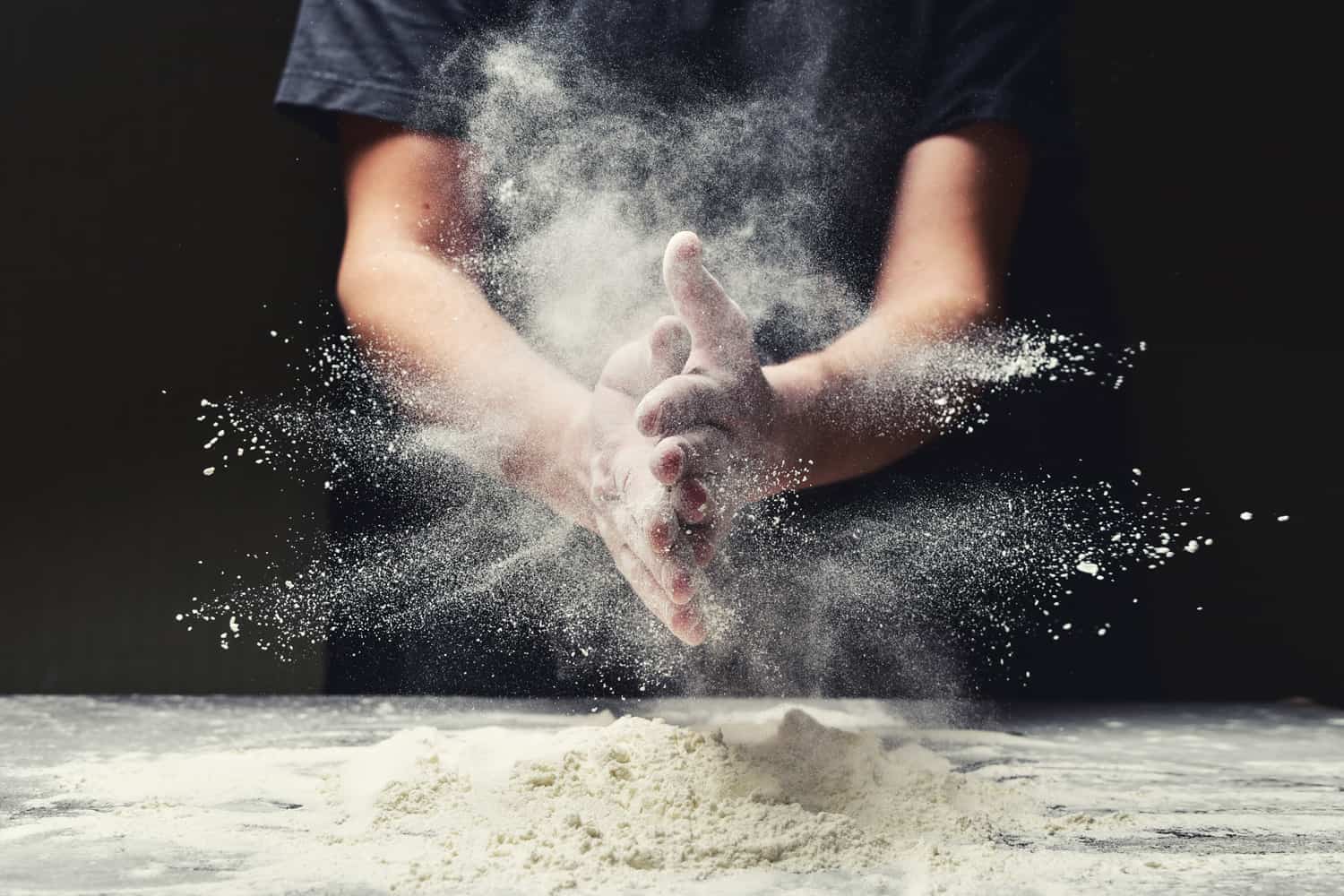 This article taught us that you could use pizza flour to make bread, but the bread may be chewier and have an extra-crisp crust. We also learned that you can substitute all-purpose flour for pizza flour and still make a pretty good pizza.

Remember that you can use pizza flour in most places you can use flour, but it will make a chewier crisper bread.

How Much Yeast Do You Need For Pizza Dough?

Should You Roll Or Stretch Pizza Dough? Pros And Cons Revealed

For How Long Should You Knead Pizza Dough?

Can You Microwave Cinnamon Rolls?