Knowing how and where to store cooking oils is vital to ensure a functional kitchen and delicious meals. You may have thought that you can't keep any cooking oils in cool areas, such as the refrigerator, but that isn't necessarily the case.

We will give you a list of oils that you can store in the fridge that won't solidify or congeal below.

Nine types of cooking oil that will not solidify in the fridge include: 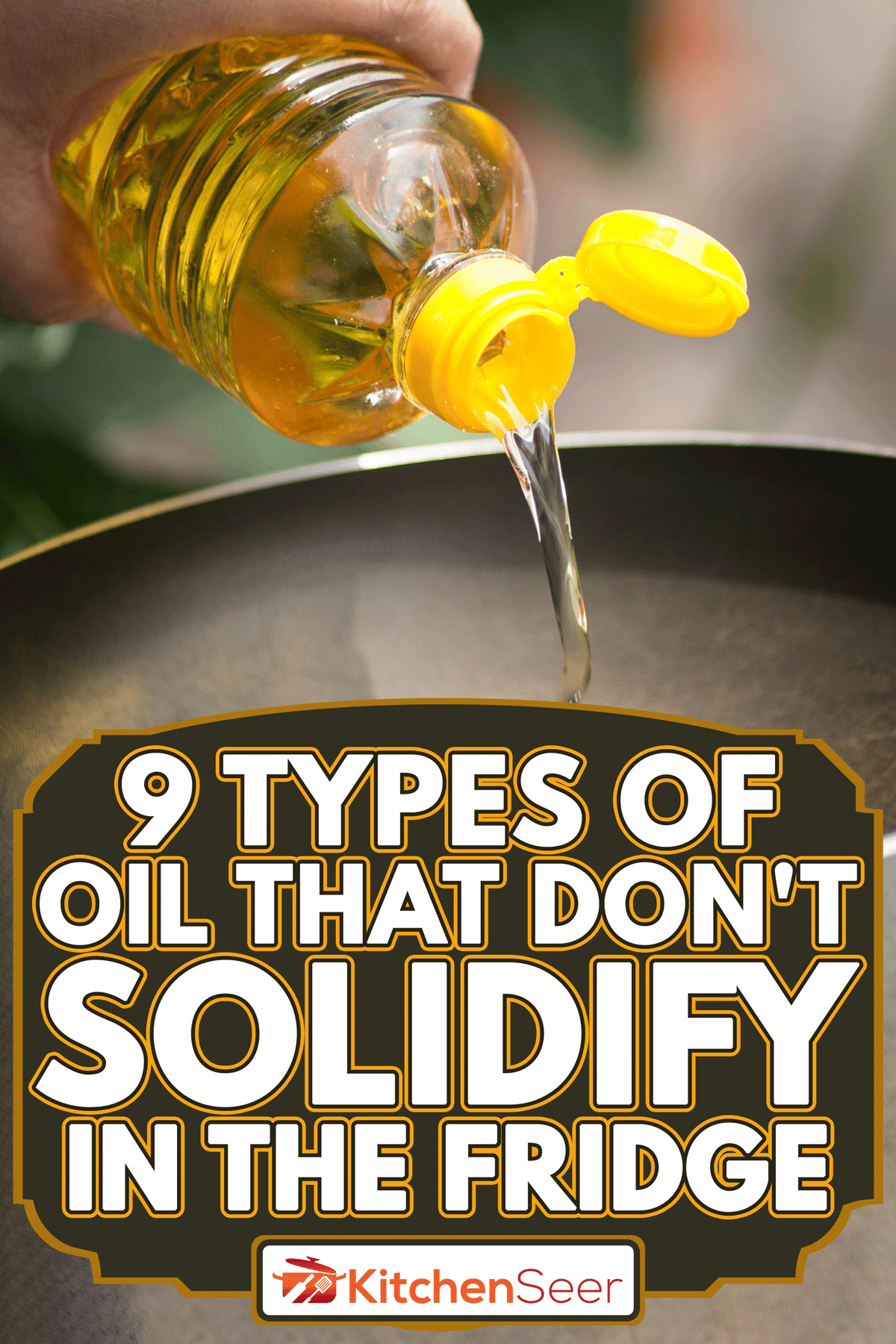 Storing Oils In The Refridgerator

Oils are tricky. We can tend to think of them as foods that will never expire or spoil, but this isn't the case. Atmospheres of all types (whether hot, cold, humid, or dry) can cause different types of oils to break down and lose their integrity or taste.

So, which oils can we store in the fridge? We'll discuss this in a bit more detail here.

What Keeps A Cooking Oil From Solidifying?

Some cooking oils congeal in the refrigerator. This is because the molecules in the oil pack tightly together, forming a waxy or crystallized form; the colder the air around the oil becomes. It also may indicate that some of the wax from the seed or nut that the oil was extracted from is still in the oil.

In some oils, this does not occur. This is due to the wax either being removed by manufacturers or not being as quickly released from the seed or nut. 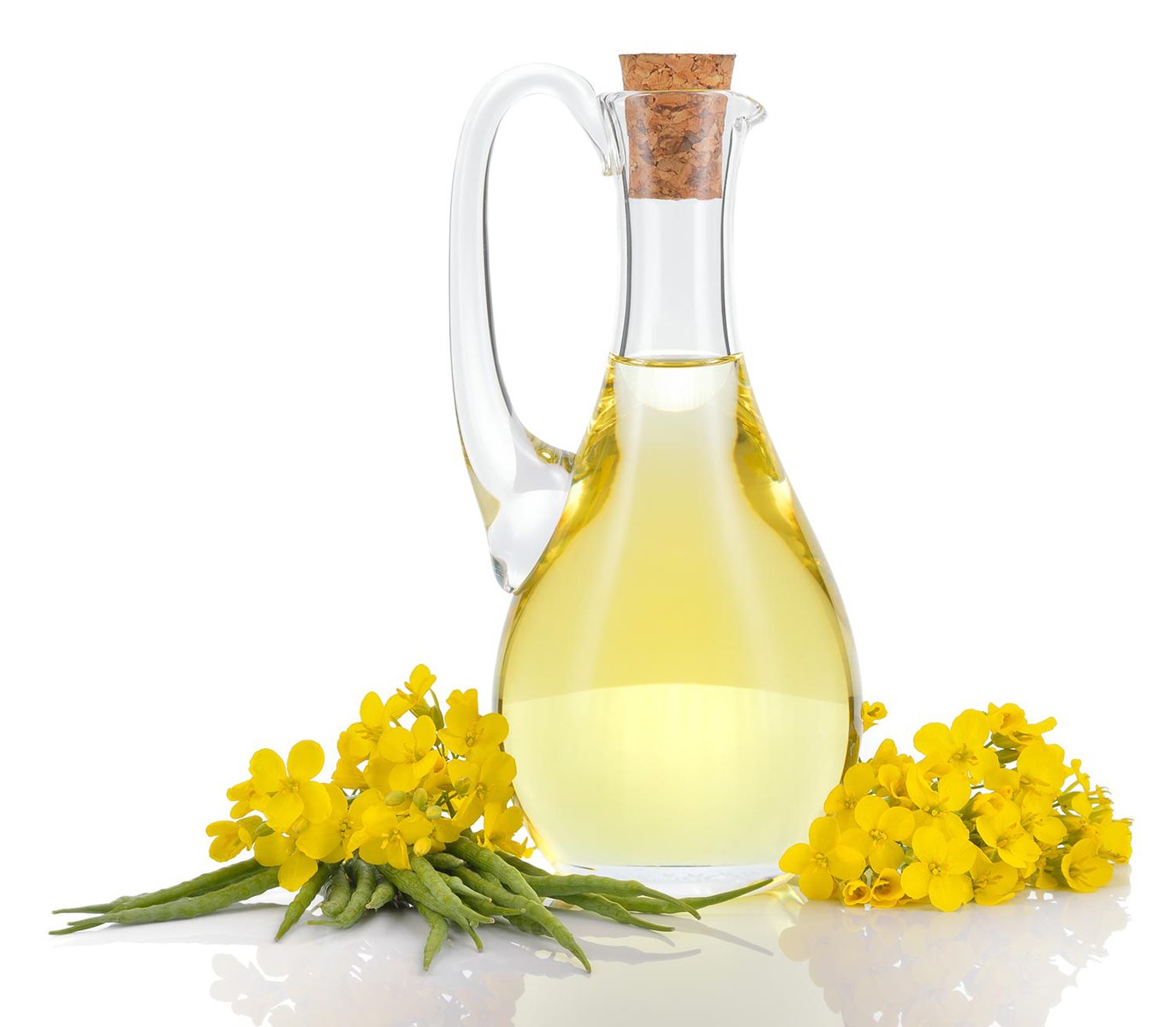 Canola oil is derived from the canola plant. Canola seeds are cooked, flaked, and pressed to extract the oil. This type of oil, these days, is thought of as a less healthful option.

It's often used for baking and deep-frying, and it's often genetically modified.

On the other hand, it's low-cost cooking oil and has a deficient level of saturated fat. It also does not solidify in the fridge, most likely due to being genetically modified and highly processed.

Canola oil does have a reasonably long shelf life, 6 to 12 months after opening, but you can extend this a bit by storing it in the fridge. This may be especially useful if you tend not to use it very often. 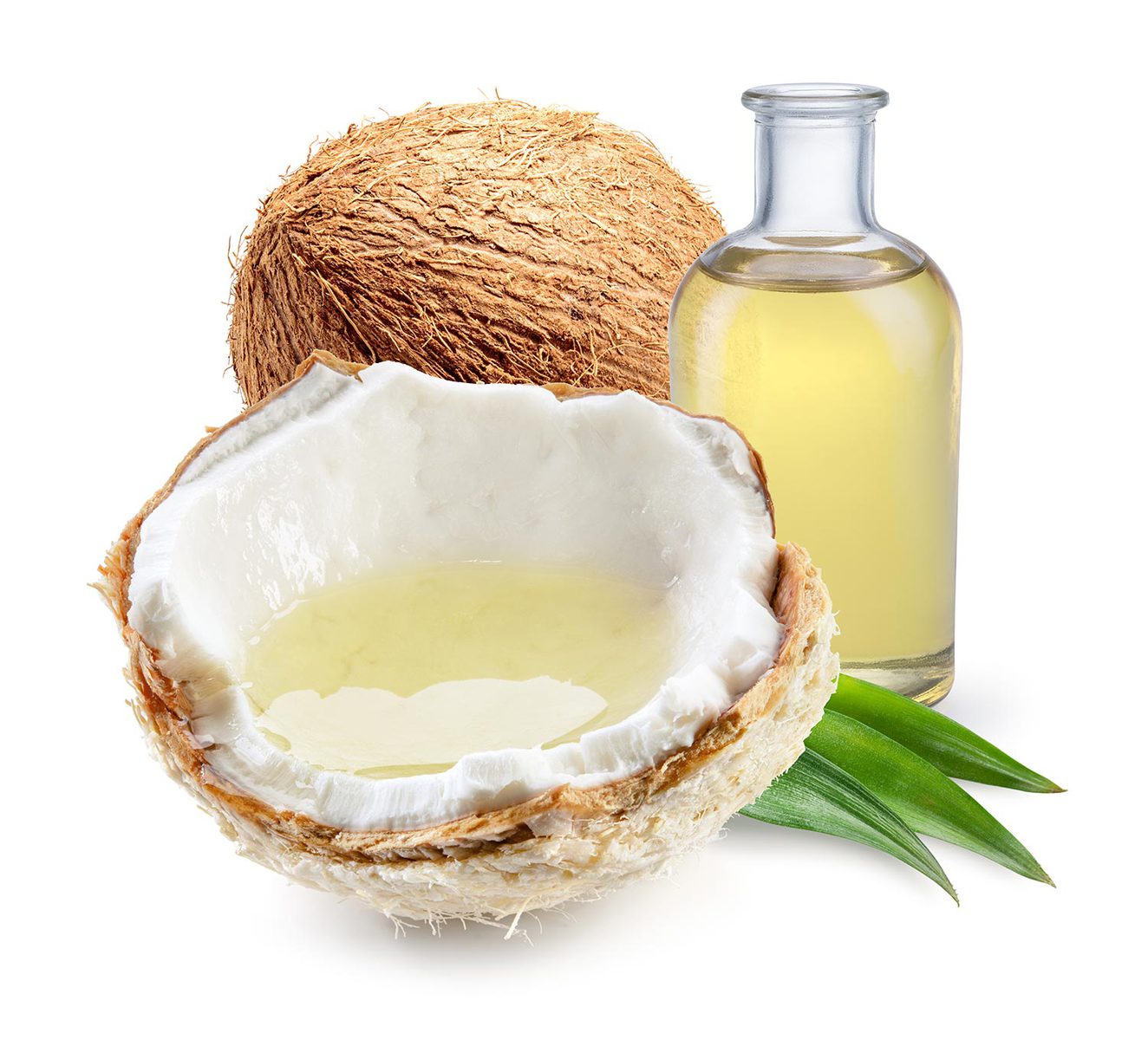 Coconut oil is an oil that has many uses. Not only is it great in the kitchen. It also has potential medical and beauty benefits.

Coconut oil can be used for baking, frying, or adding to foods and their healthy fat content. It also can be used topically for health conditions such as Xerosis.

This type of oil has been found to contain ketones, which improve brain function. It also can aid in weight loss because it contains Lauric acid.

As you may know, coconut oil appears solid and has a waxy consistency up to 75 degrees Fahrenheit. This consistency does not change when refrigerated, and it can be easily used when removed from the refrigerator.

View this coconut oil on Amazon. 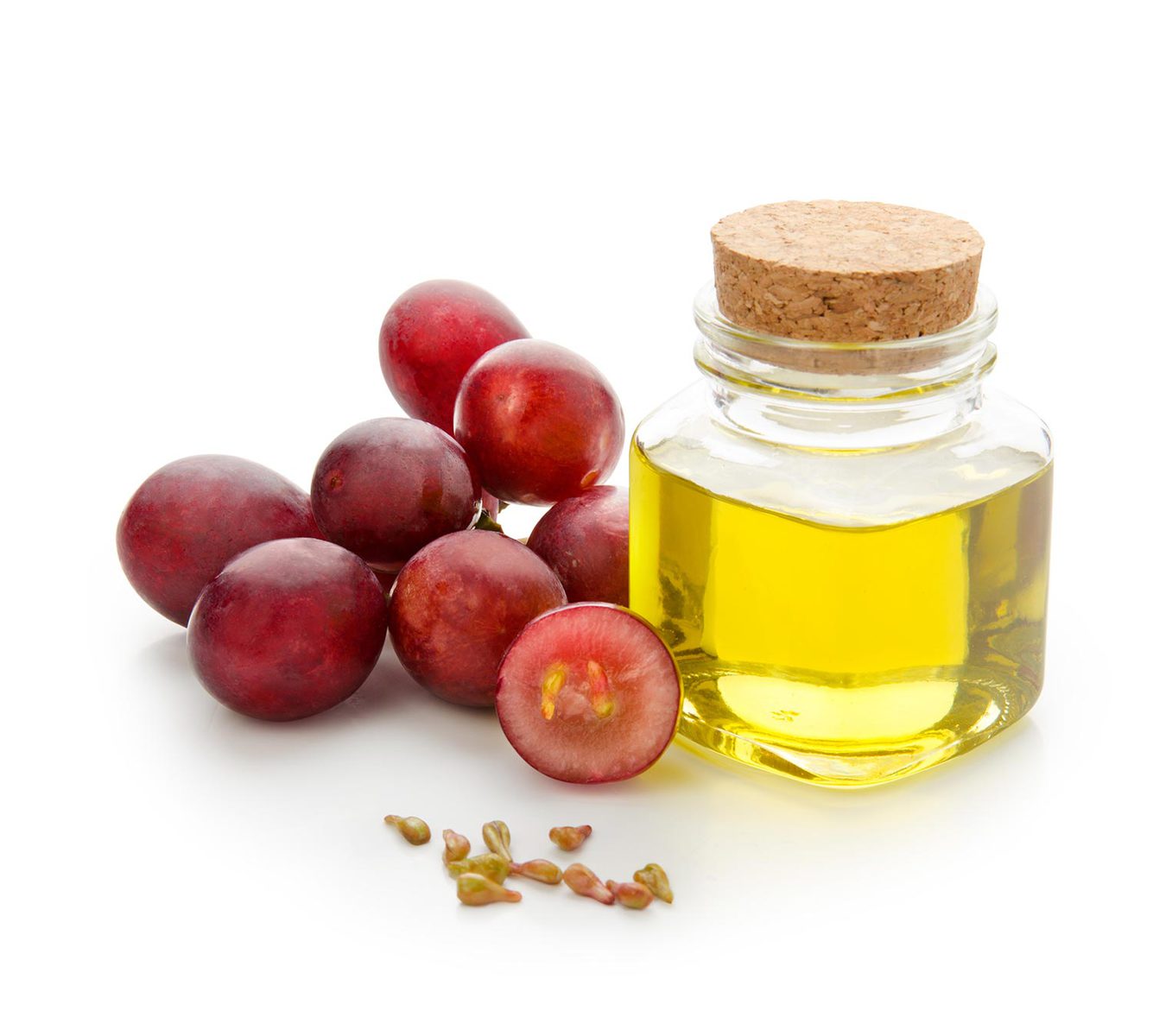 Studies have also shown that it decreases the effects of common inflammatory disorders, such as Crohn's Disease. It can also improve insulin resistance, which leads to weight gain and Diabetes.

Grapeseed oil does not solidify in the refrigerator, and keeping it in the fridge can double its shelf life. When grapeseed oil is kept in the pantry, it's expected to last six months.

If kept in the refrigerator, it will stay good for up to a year. 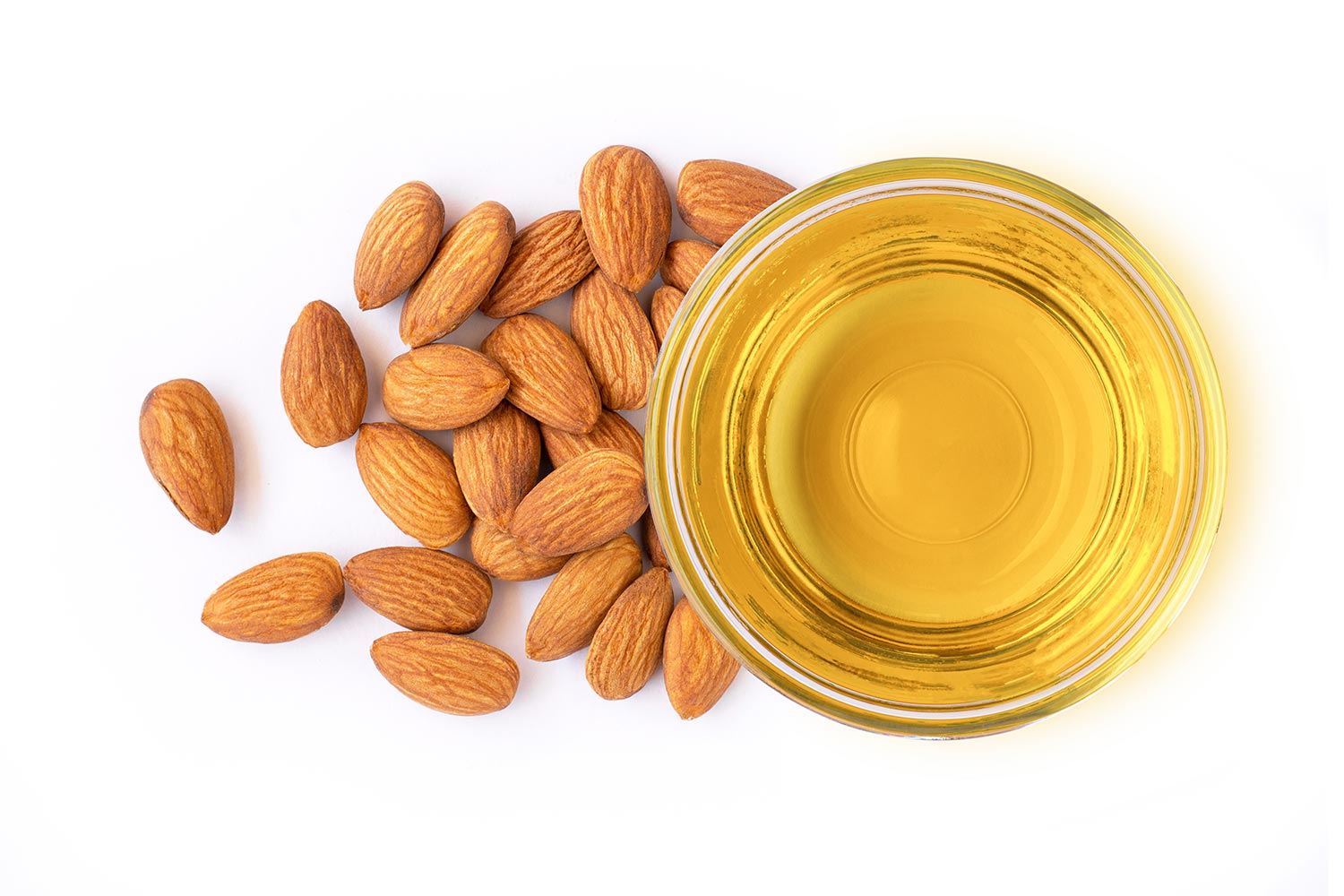 Almond oil is a cooking oil that is more limited in its uses. It's not suitable for high heat cooking oil, such as sauteing or stir-frying. It also still holds the taste of the bitter almond. So, most use this oil either for use in baked goods.

Almond oil is something to consider adding to your diet, though, for the health benefits. Because the oil is high in monounsaturated and polyunsaturated fats, it can help stabilize blood sugar levels.

You can store almond oil in the refrigerator without congealing. When refrigerated, it can last up to 2 years before spoiling. 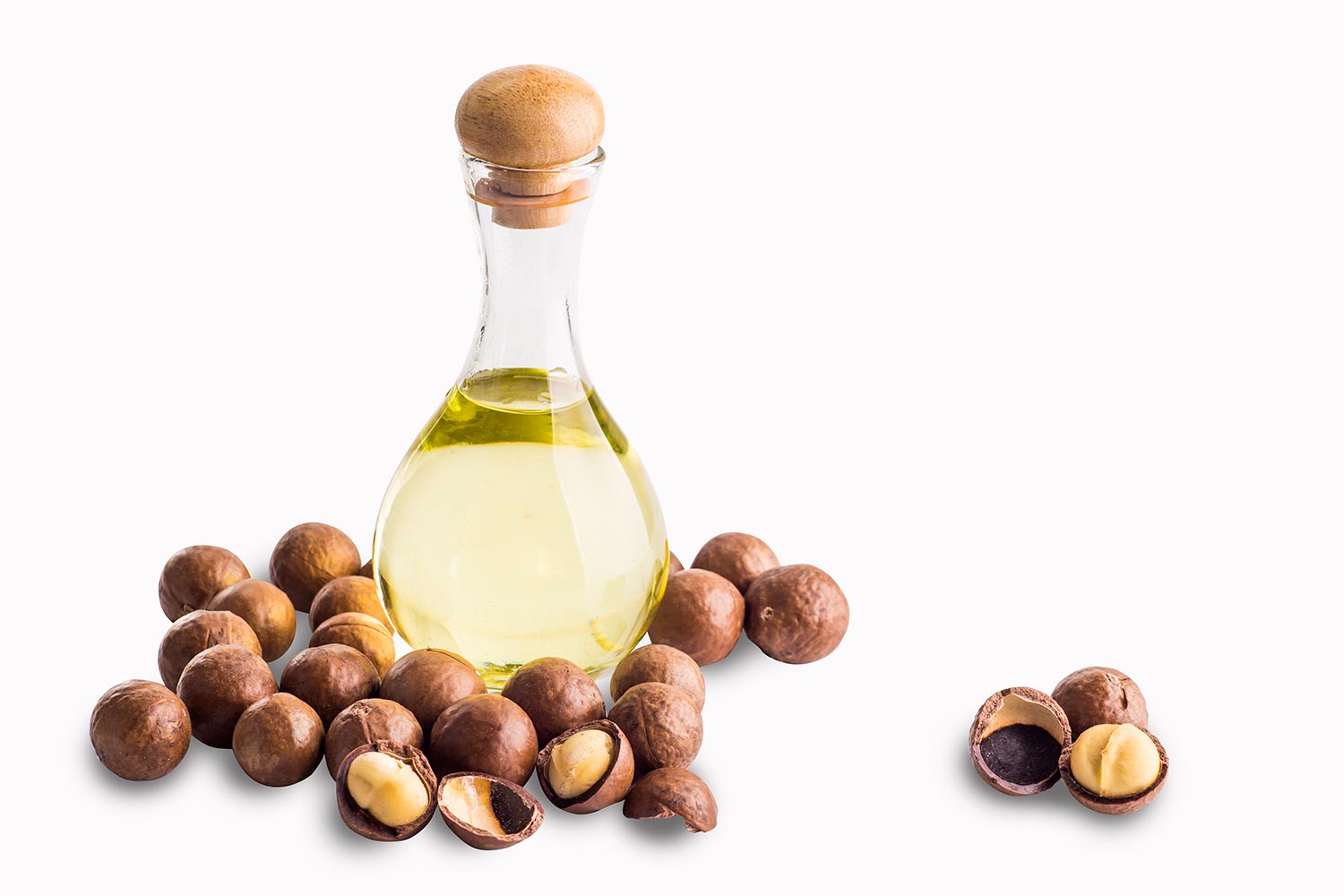 You can use it in place of butter in baked goods, or it can be used as a spread on bread or crackers. You can also use macadamia nut oil topically, and many use it in cosmetic practices.

Macadamia nut oil should be refrigerated for the longest shelf life. When stored in a pantry, this oil lasts about four months. If kept refrigerated, it could last a year or longer.

See some on Amazon here. 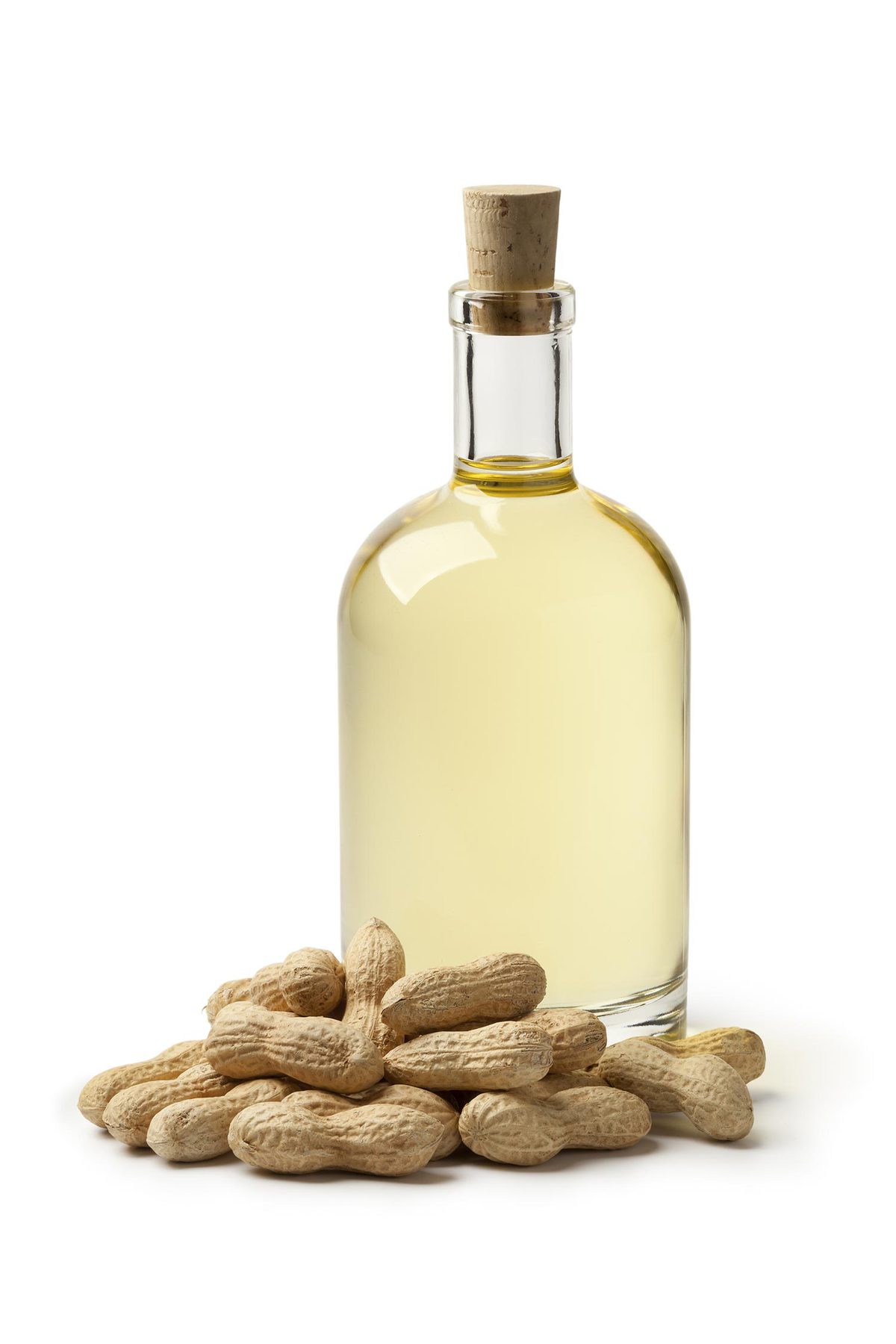 Peanut oil is groundnut oil. It can be used in high heat cooking, such as sauteing, grilling, and frying. While this type of oil is generally healthy, being high in monounsaturated fat and low in saturated fat, it's a type of oil to be wary of using, especially if you're cooking for a crowd.

After opening, peanut oil will last 6 to 12 months. If you'd like your peanut oil to stay on the high end of this spectrum, you should keep it refrigerated. 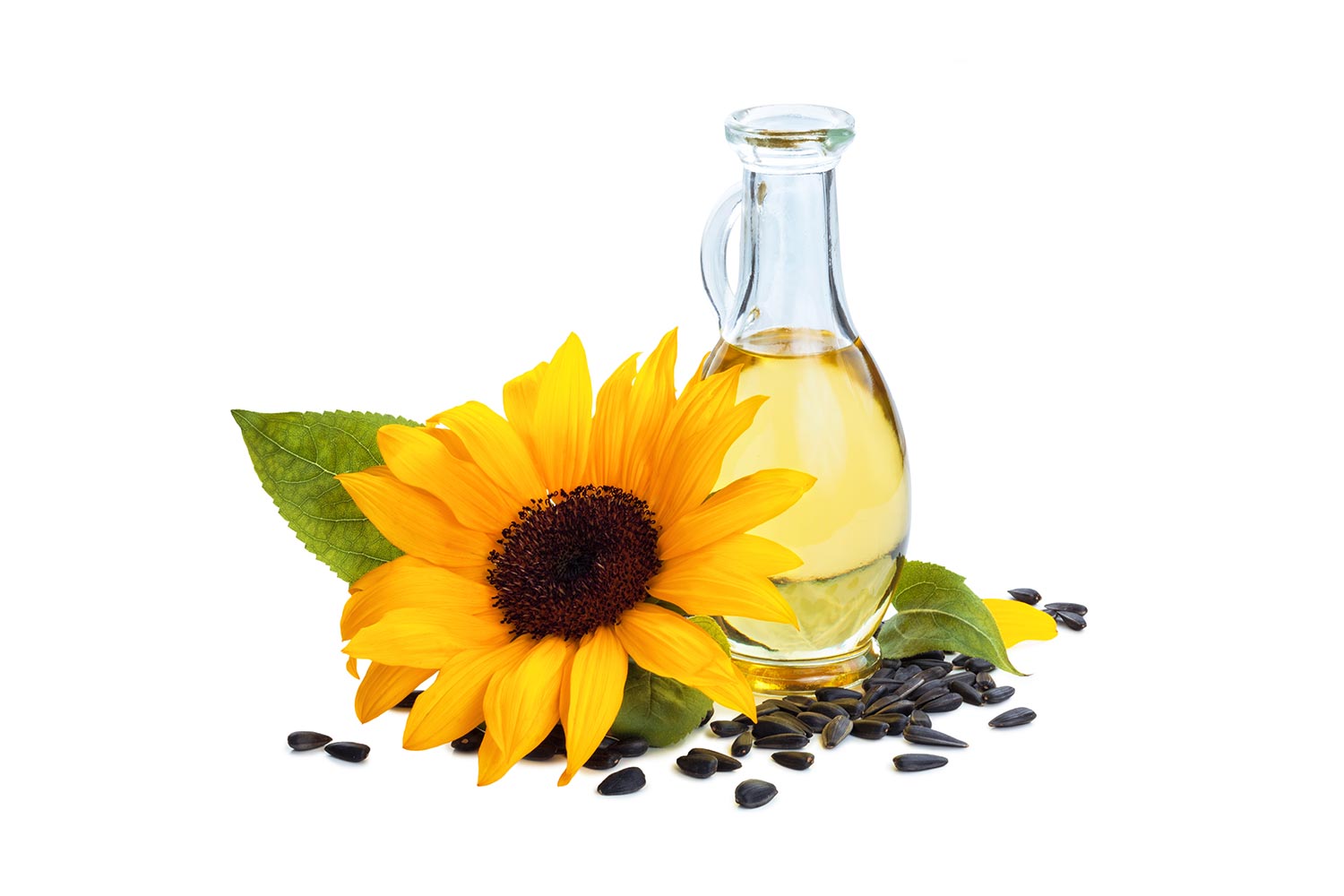 Sunflower oil has a high smoke point, making it suitable for all types of cooking. It's also used for creating medications and cosmetics. Sunflower oil is high in vitamin E and K, making it healthful for skin and bones.

Sunflower oil can stay good for up to 1 year. You can help it stretch to this amount of time by keeping it refrigerated. 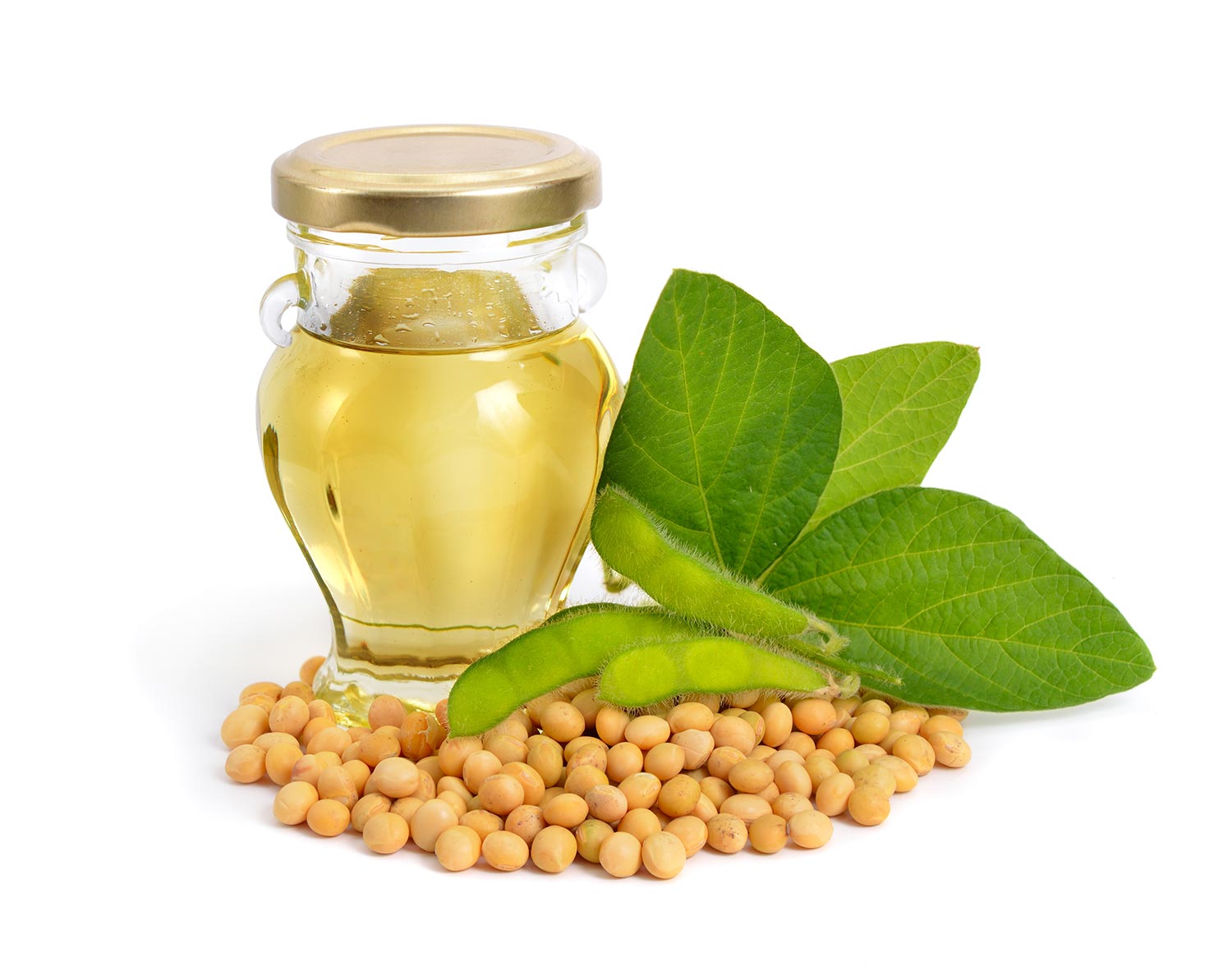 The soybean has been harvested and used more and more in past years. Now, we also extract its oil. You can use soybean oil to make alternative butter or margarine, salad dressings, baked goods, and fried foods.

Soybean oil has a high content of vitamin K, 20% of the recommended daily value. So it is potentially a great supplement for bone health. It's also packed with Omega 3's.

Soybean oil, a vegetable oil, will last around 6 to 12 months after being opened. Refrigerating soybean oil will ensure that it lasts as long as possible. 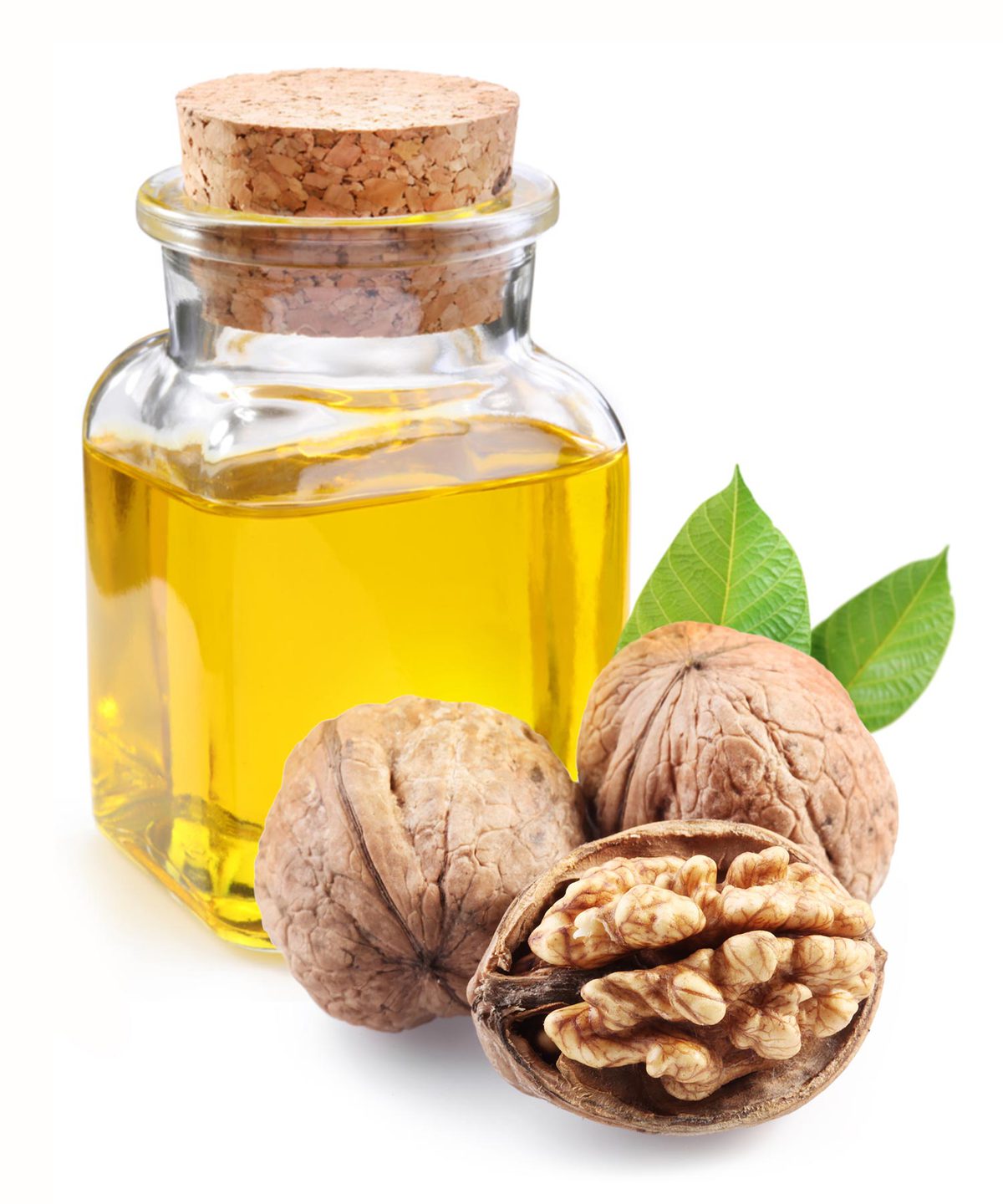 Walnut oil should be considered a flavor additive or a spice rather than cooking oil. It has a strong flavor and should not be used as alternative oil for frying or baking.

Instead, you should use it in small amounts, diluted with canola oil or peanut oil.

If stored in a pantry, walnut oil will quickly spoil. One should keep it in the refrigerator, and it will last up to a year by doing so.

How Do You Keep Oil From Solidifying In The Fridge?

You may wish to refrigerate some cooking oils, such as olive oil, but you know that they will probably solidify. The bad news is that there is no sure-fire way to keep your cooking oils from solidifying in the fridge.

However, you can easily cause the oil to melt and clarify in most cases. Take the oil from the fridge a few hours before cooking and allow it to sit at room temperature.

This will let the oil slowly come down to room temperature and take its original form.

Which Oils Should Not Be Refrigerated?

While coconut oil can be refrigerated, it isn't at all necessary. This is because this is an oil that is very stable and acclimated to high temperatures. The oil will not become rancid even in a home that stays at 75 degrees Fahrenheit or in a humid climate.

Avocado oil is another oil that you can safely keep in a pantry without worrying about spoiling. It is considered a highly stable oil, like coconut oil, and does not need to be kept in cool temperatures to keep a long shelf life.

You wanted to know which oils can be kept in the refrigerator without solidifying. We provided you with a list that included canola, coconut, grapeseed, almond, macadamia nut, peanut, sunflower, soybean, and walnut oil. We discussed each oil and why it can and should be refrigerated. Happy cooking!

Made it to the end? Check out these related posts!

Can You Use Vegetable Oil Instead Of Olive Oil?

Can You Cook With Red Onions?

How Long Does An Espresso Machine Last?