You always start your day with a smoothie or other healthy drink that you make in your NutriBullet. Until today, that is. Like always, you wake up, mix your ingredients, and turn on your NutriBullet, only this time it doesn’t work. What could be the problem?

Your NutriBullet may have stopped working for the following reasons:

In this article, we’ll elaborate further on the above NutriBullet problems and their solutions. We’ll also discuss how to clean a jammed-up NutriBullet and what it could mean if the device is blinking at you. Keep reading, as you won’t want to miss it!

Why Won’t My NutriBullet Work?

Unfortunately, a lot can go wrong with your NutriBullet. Some of these issues are attributed to user error, while others happen with time and age. We’ve categorized all NutriBullet failures into three categories: problems with the blender, the blades within, or with the NutriBullet leaking.

Per the information in the intro, here are some handy troubleshooting tips you can use today.

The Blender Stops Working Midway Through

If your NutriBullet turns on and then stops working as you’re blending your smoothie, you have a few things to blame. For starters, the blender might be old enough that certain parts have lost their protective covering. The wires may be stripped away as well, which is a safety hazard. We’d recommend unplugging the NutriBullet and discontinuing use immediately.

You may have to remove the NutriBullet’s casing to see internal components and whether they’re stripped. Here’s a handy guide on how to do that.

To preserve your NutriBullet’s components, don’t put the blender itself in the dishwasher. Other parts, such as the lip rings, lids, and cups, are dishwasher-safe.

Also, although it seems obvious, check that your NutriBullet is plugged in. Sometimes it’s as easy a fix as that!

The Blades May Only Partially Cut Food

If you hear the motor running and the blades move when you turn on your NutriBullet, but the food only ends up partially cut, that’s an easy fix. More than likely, the blades are old and have become dull. If you replace your blades, the new ones will be sharp enough to cut your food.

The Blades Won’t Cut at All

What if the blades won’t move even though the internal components of the NutriBullet are working? One of several things could be happening here, so let’s talk about these more now.

You Put Too Much Food In

The NutriBullet cup has a recommended fill line. If you go past that, the blades might not be able to slice through your food.

You Put The Wrong Foods In

The NutriBullet is a blender that is recommended for softer foods like fruits and veggies. It can also easily handle liquids. Putting in heavy solids might be too much for the NutriBullet. The blades can’t cut, so they stop working.

The Blades Are Jammed Up

Failing to clean the blades between uses can lead to an accumulation of food debris building up. Give the blades a thorough cleaning to ameliorate this issue. 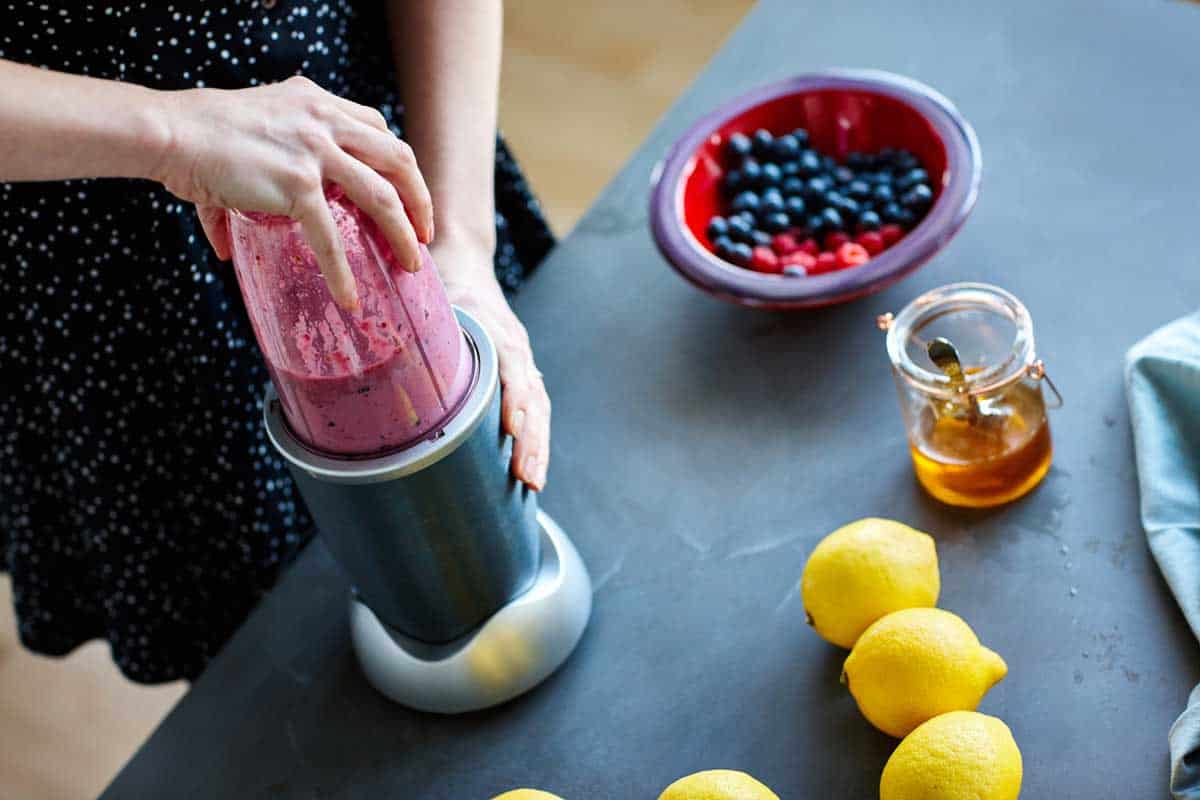 Your NutriBullet blades are powered by a motor. If the motor stops working, it could be because you ran the blender for too long. Even if you have to do a lot of blending, you’re supposed to use the NutriBullet in one-minute increments. Blending for too long at once could burn out the motor.

If your NutriBullet leaks out the ingredients for your pureed beverage or smoothie, that’s a bad sign. Here are the reasons this may happen:

Not only does a NutriBullet that’s too full risk putting a strain on the blade, but you could see an overflow of food or liquid.

Whether these cracks are on the exterior or interior of the blender, the cracks give the liquids you pour a place to travel. You’ll probably need to buy replacement parts for your NutriBullet to fix this issue.

Another simpler issue that could make your NutriBullet leak is a loose extractor blade. If you didn’t screw this on all the way, then you can expect fluid to come out when you run the NutriBullet. If the blade won’t attach securely, you might need a replacement.

How Do You Fix a Jammed NutriBullet?

Oh no. Your NutriBullet is all jammed up, and you’re not sure what to do. Jamming typically occurs between the latch and the container jar, which becomes stuck. To try and fix this yourself, look for your NutriBullet’s plastic activators, of which there should be three. These are white levers.

Each of the activators may be able to move down if you press on them, so try doing that. They may not necessarily budge right now. If that’s the case, then take some vinegar, oil (cooking oil should be fine), and hot water. Slightly moisten the plastic activators and let the mixture soak in for a couple of minutes.

Then you should be able to press on the activators without any trouble, and they should release. If not, then you can repeat the process. If you’re still having problems after trying a second time, then you might want to contact NutriBullet support. You could need new activators.

Why Is My NutriBullet Blinking?

Don’t ignore a blinking power light, as it’s indicative of a problem. Instead, stop what you’re doing, check if you have the right cups and that everything is in alignment, and then wait for the light to turn off. If it doesn’t, you can again reach out to NutriBullet support for troubleshooting. 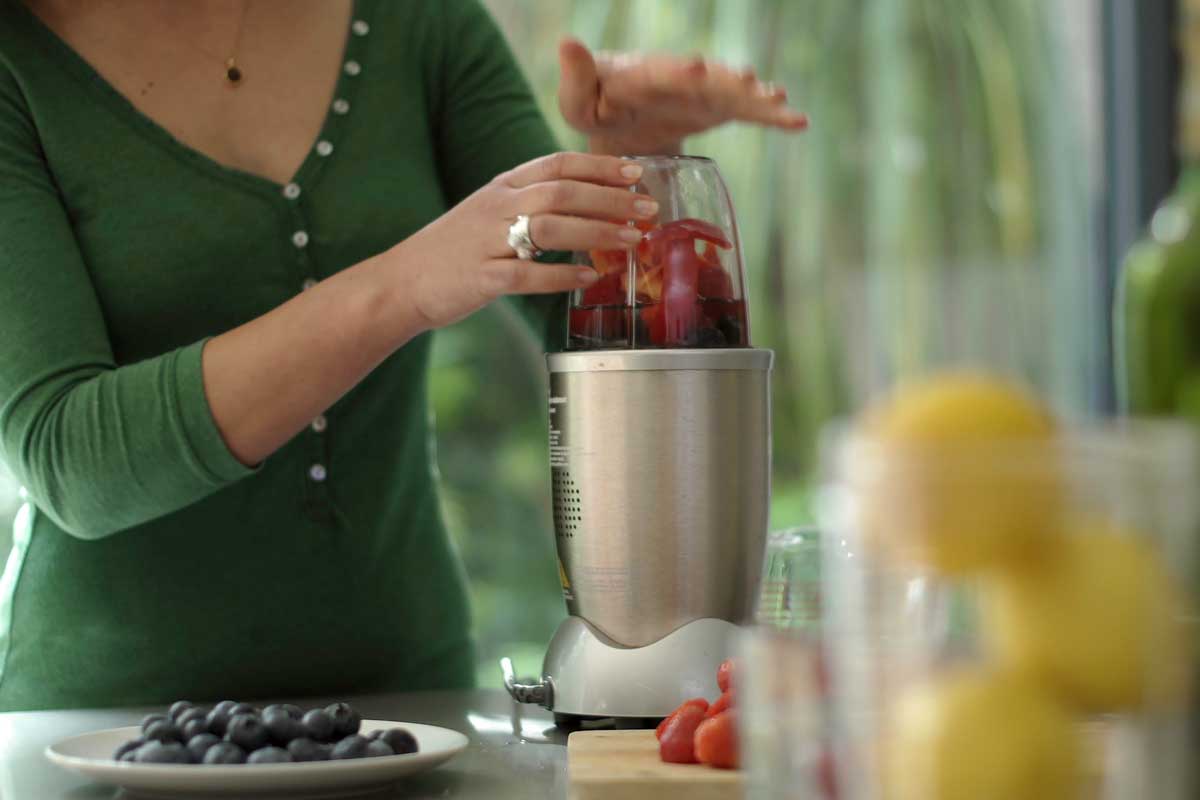 The NutriBullet is an awesome blender, but it’s not impervious to problems. The blades can stop working or become dull. Sometimes your blender fails in the middle of mixing food, or the rubber seals break down over time.

Most of these issues are easy to repair on your own. Good luck with getting your NutriBullet up and running!

How To Use A Cuisinart Juicer

Is A Kitchen Island Fixed To The Floor?

Are Convection Ovens Good For Baking Cakes And Cookies?