Finding new ways to cook your favorite dishes can sometimes feel like a real hassle. Do you want to try making gravy with heavy cream instead of milk but don't know if this will work? Will your gravy not taste as good as it always does? Well, we've done some digging and have the answers below. Let's dive in!

Yes! You can substitute heavy cream for milk in a gravy recipe. Surprisingly, many chefs prefer the heavy cream option, as it gives the gravy a thicker, creamer final consistency.

Furthermore, you can follow a traditional gravy recipe using heavy cream, so the two are somewhat interchangeable.

As we begin, we will cover all things gravy and discuss whether heavy cream is an option to consider. Whether you want to try something new or this is your first attempt at making gravy, we're here to help. With that said, let's jump right into this topic! 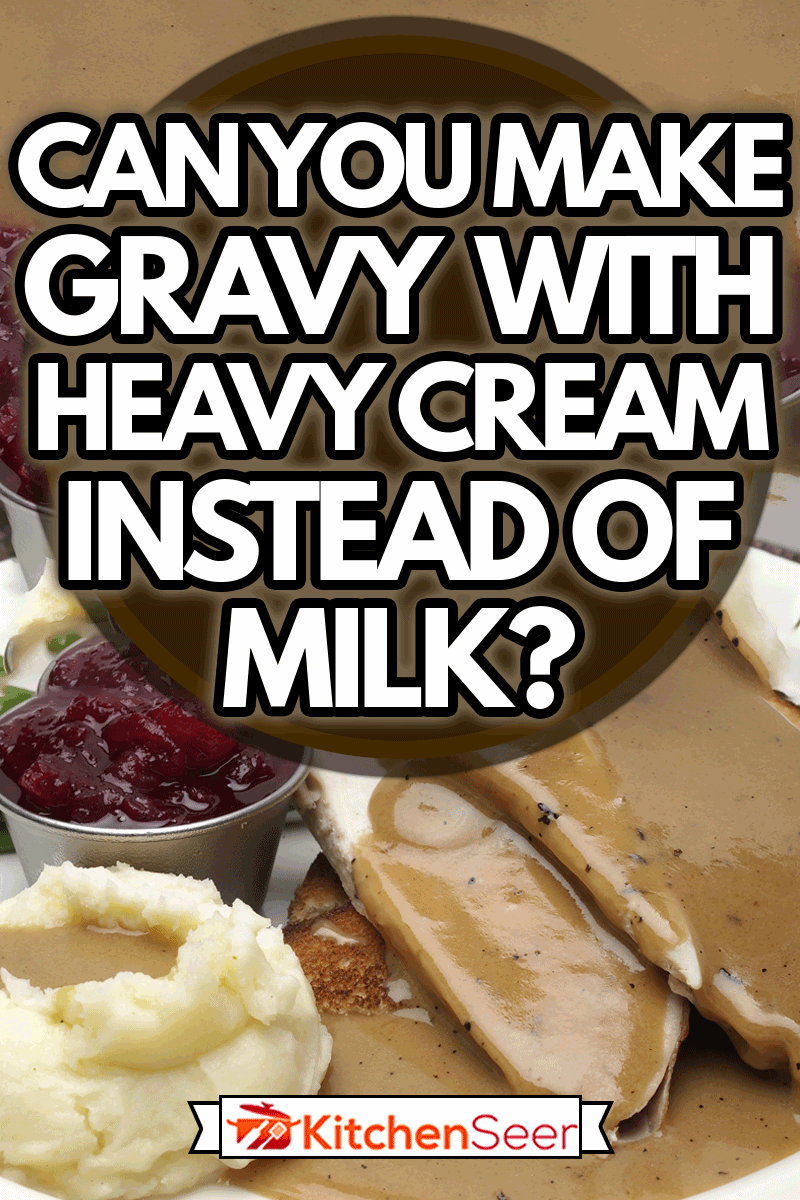 Can You Use Heavy Cream For Gravy? 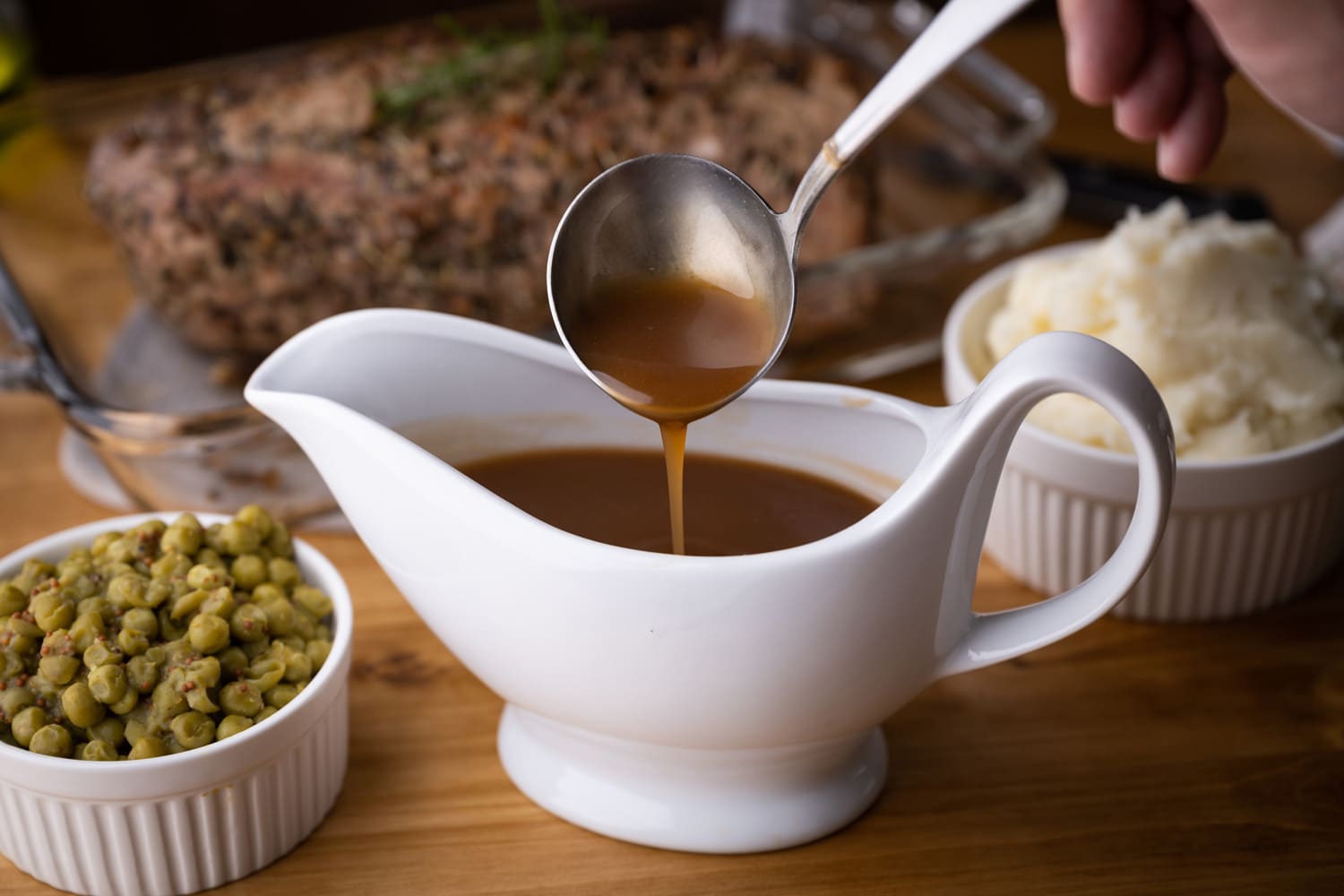 As we mentioned, you are completely safe using heavy cream for gravy. Although a typical recipe may call for milk, switching to cream can enhance the taste and consistency of your sauce.

For example, this white gravy recipe calls for heavy whipping cream instead of milk, hence the name. However, you don't have to follow a "white" gravy recipe to achieve super smooth and creamy gravy, so the options are endless.

Furthermore, you may want to add some unsalted butter to your gravy recipe if you're using heavy cream to add to the overall flavor.

Fun fact: heavy cream has 36% milkfat, so you won't miss out on the milk entirely if you choose to substitute it. Again, this comes down to your taste, so that's fine if you want to use heavy cream instead of milk for your gravy (or vice versa).

Generally, you will see people add heavy cream to desserts, which is when they add sweetener to it. One of the nice things about whipping cream is it can go both ways flavor-wise: sweet or savory.

With that said, heavy cream should not be strong enough to taste in your final meal. When substituting this dairy option, you will often notice a change in texture, not in flavor.

Is Milk Better Than Heavy Cream For Gravy?

For anyone stuck between using milk or heavy cream for their gravy, this comes down to your preference. As we covered, milk is the default for gravy recipes, although it isn't always the best option.

For example, if you want your gravy to be super rich and creamy, we think heavy cream is the way to go. However, if you have a lighter palette, you can easily stick to milk for a lighter sauce.

You can always sample the two separate ingredients before choosing one for your gravy, so you don't have to make a final decision right now.

There isn't one way to prepare gravy, so have some fun with your recipe and adjust it accordingly.

What Is The Best Kind Of Milk For Gravy?

In general, any milk will work well for gravy making. Assuming you drink regular 2% milk, you can easily use that for a gravy recipe.

The same goes for other kinds of milk, like skim, so there isn't one option. However, the type of milk you use can affect the texture of your final sauce.

If you use low-fat milk, don't expect your gravy to be as thick as those with whole milk. The same goes for non-dairy alternatives, like almond or oat milk, so the texture will vary by recipe.

We recommend starting with whole or 2% milk and adjusting your ingredients according to how thick you prefer your gravy.

Should Gravy Be Super Thick? 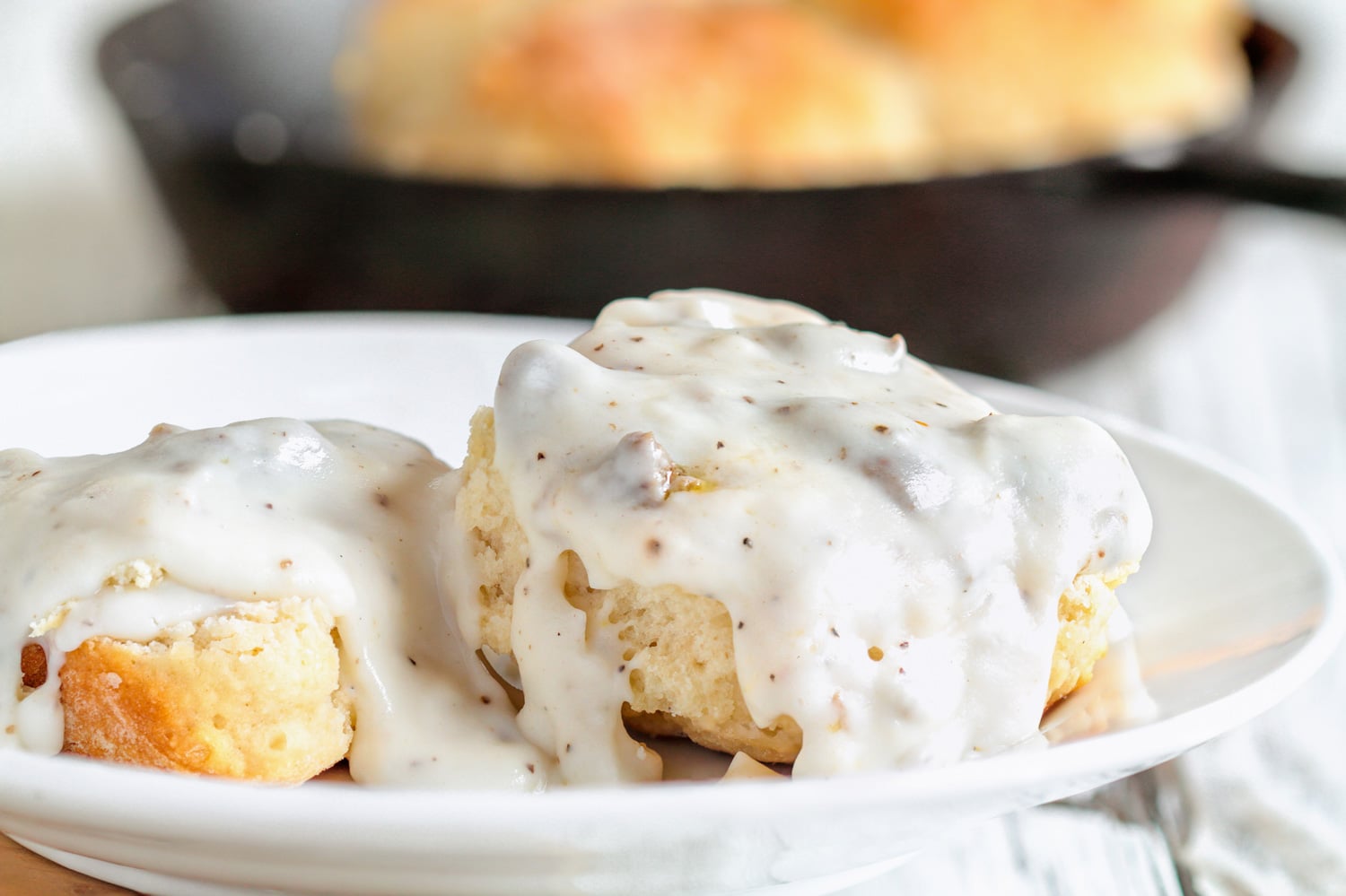 Although gravy should have a thicker consistency, you don't want it to be too thick. In general, it's best if your sauce has a smooth, buttery texture, meaning it isn't so thick you can't swallow it.

Sometimes, adding too much heavy cream to your gravy can result in a less than ideal product. Luckily, you can usually dilute your thick gravy with a bit of water.

Adding some water to ultra-creamy gravy will help liquefy it, making it easier to eat. On the other hand, if your gravy comes out too watery or "thin," you can boil it down to thicken it.

Why Is My Gravy Watery?

Generally, if you add too much stock to gravy, it will turn out watery. To avoid this, start by whisking in just 1/2 to one cup of stock, and increase it if your recipe calls for more.

Moreover, Master Class recommends adding more cornstarch to watery gravy, which will thicken it. As we mentioned above, you can also boil your existing sauce to thicken its consistency, so there are a couple of ways to fix this.

On top of that, you can also start by switching your milk to a heavier cream, which will almost always ensure your gravy turns out rich, thick, and tasty.

How Do You Make Gravy With Heavy Cream? 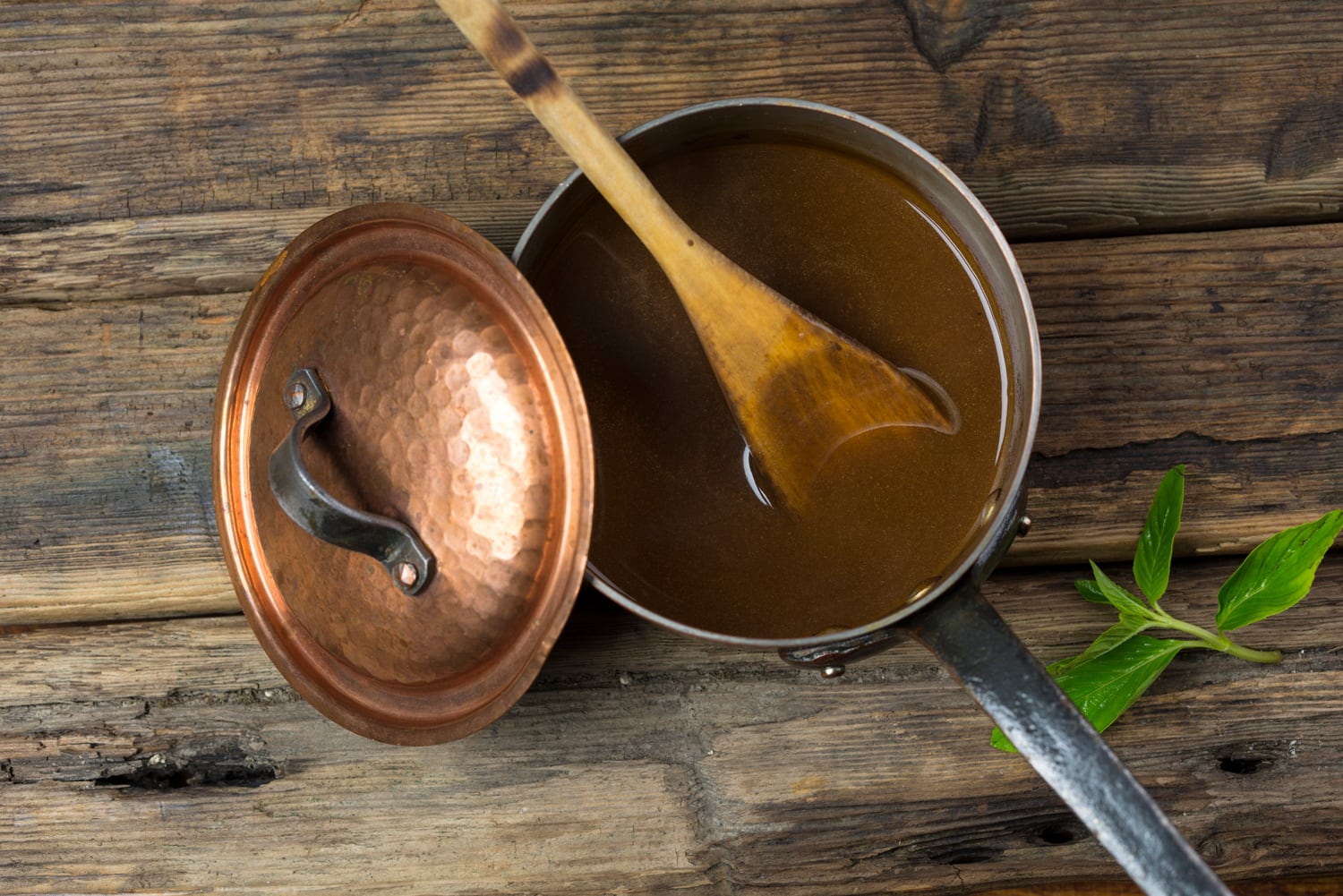 Let's follow a classic 'Southern Cream Gravy' recipe for those wanting to make their gravy with heavy cream. To begin, you'll need to gather some ingredients:

Once you have all of the required ingredients, start by:

Of course, you may need to add more cream if you're making a larger serving, as with all of your other ingredients, so don't be afraid to modify this recipe.

It's also worth noting that you don't necessarily need salt and pepper for gravy, although it will give your sauce a savory final taste. If you've ever noticed, most commercially-made gravy has an almost salty taste, which is why you always need a big glass of water when you're done.

How Long Should It Take To Make Gravy?

Even if you're a beginner, gravy won't take long to make. Typically, a simple gravy recipe should take between ten and 15 minutes to complete, so this won't be time-consuming.

Of course, if you're making a large amount of sauce, you may have a longer cooking time, but don't expect this to be more than 30 minutes.

Furthermore, your ingredients can also affect the cooking time. For example, a gravy with heavy cream may take slightly longer to prepare than milk, but this shouldn't be major.

Do You Need Butter For Gravy? 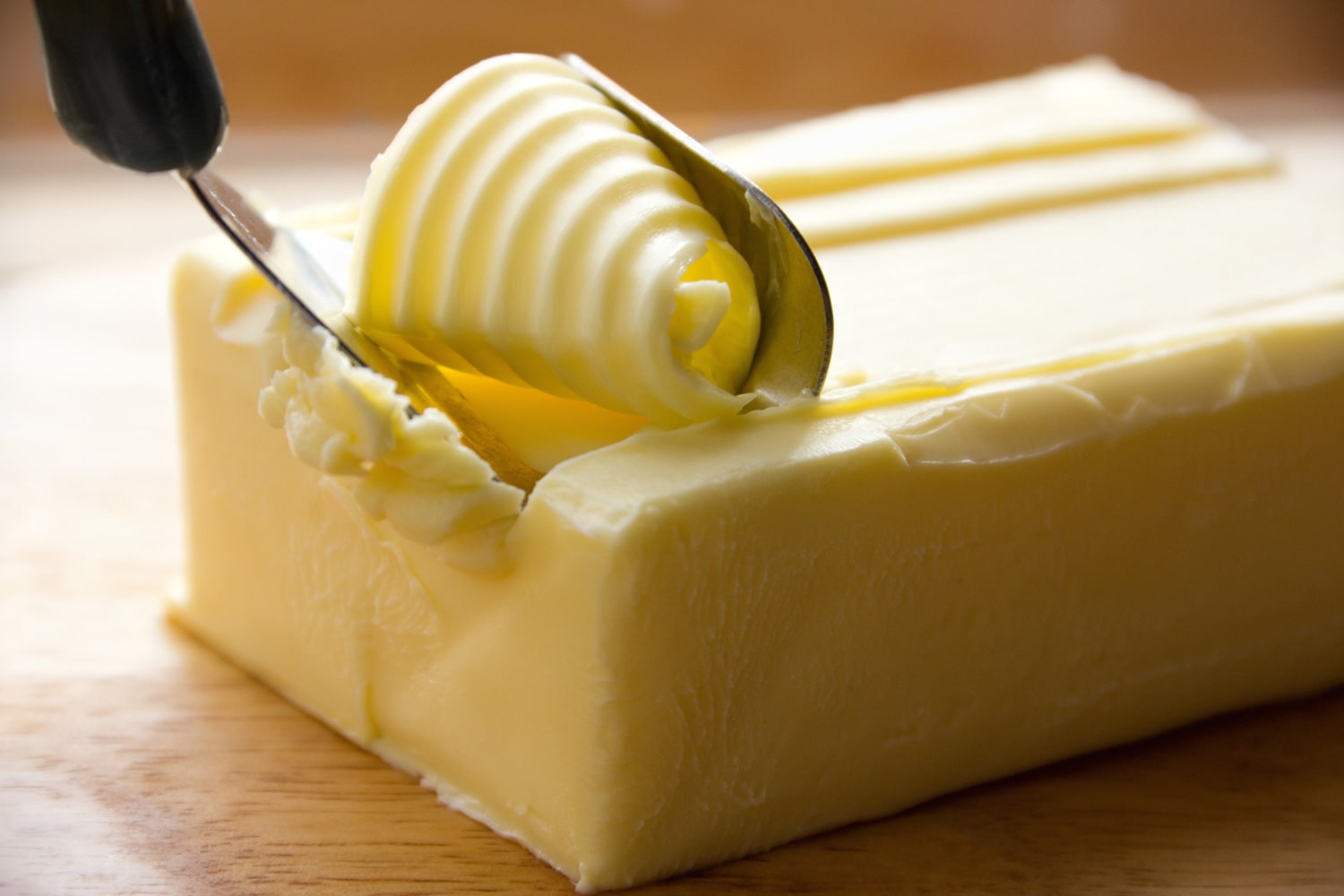 Yes, butter will play an essential role if you're making gravy. Although you don't always need butter for gravy recipes, including it can enhance the taste of your sauce.

According to Jessica Gavin, a gravy will usually have enough fat collected from the pan drippings, although it's common to substitute or add fat using butter or oil.

Furthermore, she discusses how adding butter to your gravy will prevent clumping as the starches in the flour begin to cook. Think of the butter as a protective "coating" for your gravy flour.

With that said, butter goes a long way, so you won't need to add much to your sauce to improve its overall taste and quality.

Can You Make Dairy-Free Gravy?

Yes! There are plenty of ways to make gravy for anyone vegan or dairy-free. Generally, this is as easy as swapping out the traditional ingredients in your recipe for non-dairy alternatives.

For example, instead of heavy cream or milk, you can use almond, oat, or soy milk. Furthermore, you can use vegan butter instead of a product with dairy while still enjoying a delicious gravy-covered meal.

However, you may need to add more vegan butter/milk to your recipe to get it as fluffy as usual, but these modifications are pretty standard when working without dairy.

Do I Need To Serve Gravy Right Away?

No, you don't always need to serve and eat gravy as soon as you make it. Generally, your gravy will be fine in the refrigerator for up to five days before serving.

Once you're ready to use your gravy, reheat it and whisk it before serving. Doing this will ensure your sauce's consistency is clump-free, and your guests won't even know the difference!

Additionally, if you're serving your gravy with turkey, you can mix the pan drippings from your meal into the sauce, which will enhance its already rich flavoring. 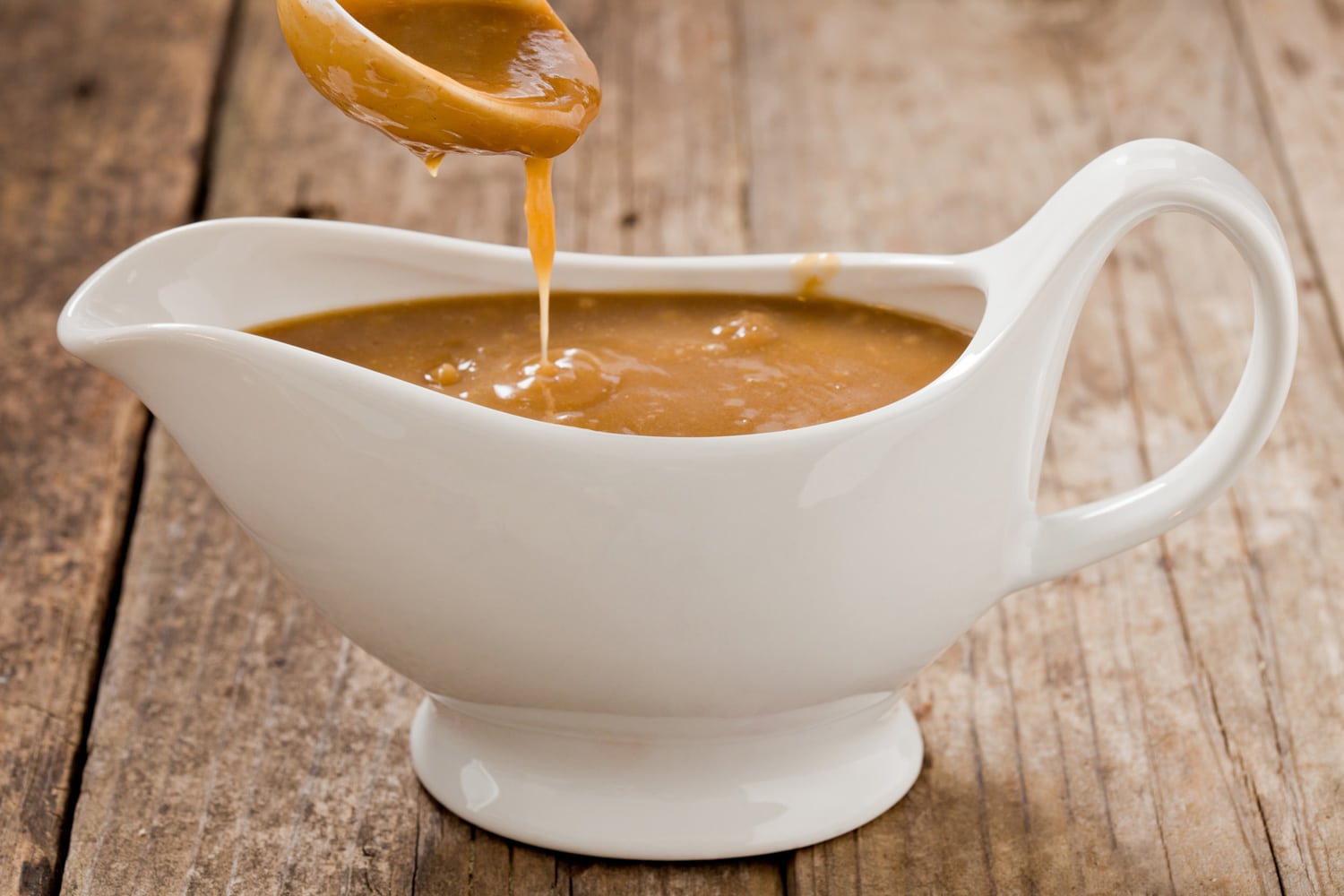 Whether you love preparing gravy with your meals or haven't tried it, it is essential to know what ingredients to use. From what we found, you can substitute heavy cream instead of milk for a gravy recipe.

Surprisingly, many chefs prefer heavy whipping cream in gravy, as it enhances the overall texture and taste. To make this switch, simply follow your recipe, but instead of milk, use your heavy cream.

Furthermore, some gravy recipes call for milk and gravy, so you may want to find a similar option to get the best of both worlds.

Made it to the end? Check out these helpful related cooking posts below!

Flour Not Dissolving In Gravy - What To Do?

Gravy Too Thick? Here's How To Thin It Out!

Does Milk Make Scrambled Eggs Fluffy? What About Water?

Granite Refinishing – How To Get Countertops To Shine Again?

How Long Does It Take For An Ice Maker To Make Ice?