Lo mein, udon, and ramen are all types of noodles that share ingredients in common yet are used in different dishes. From miso broths to stirfry, these noodles are incredibly versatile.

The flexibility of these noodles allows several of them to be used in place of the other.

This article will go more in-depth about the various noodle substitutes. First, let's learn about what each of these meals is. Lo mein and ramen came from China, while udon came from Japan. These dishes have gained popularity globally as some of the most delicious meals!

What is lo mein?

Lo mein is a wheat flour and egg-based noodle. The egg makes the texture chewier than udon. These noodles are roughly a quarter of an inch in thickness. This ranks them in between udon and ramen in terms of noodle width. Lo mein noodles are often stirfried. 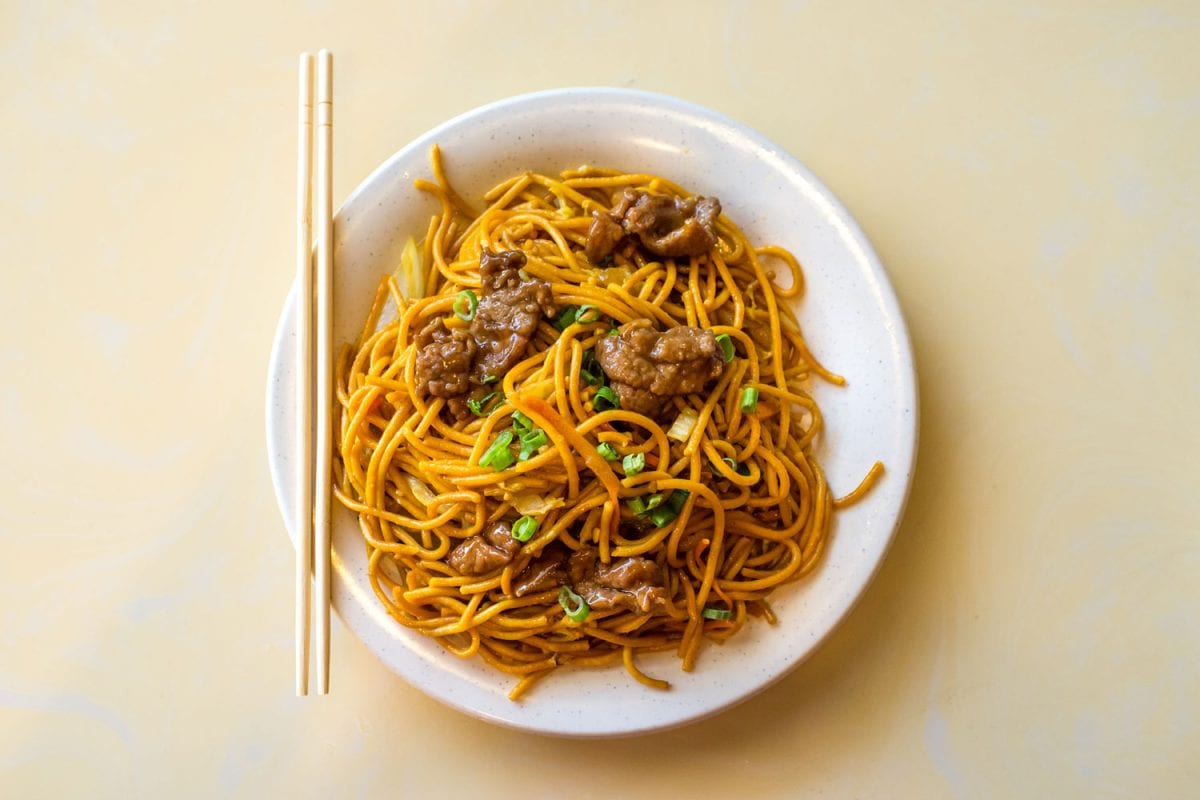 Lo mein is also unique because the noodles are often parboiled before cooking. Parboiling is the act of partially boiling something to prepare it for consumption.

What are lo mein substitutes?

Yes, ramen can replace lo mein. Ramen has a similar texture, and it can be stirfried for a lo mein dish. Though ramen is usually submerged in liquid, it can be pan-fried.

Yes, udon can replace lo mein. Although the thickness of the noodles is reasonably different, some people may choose to use udon in lo mein. One key reminder is that lo mein dishes are often about the sauce, not the noodle itself. That is why the noodles options for lo mein may be more diverse.

Spaghetti might sound a little strange at first but bear with us. Spaghetti pasta and lo mein noodles use similar ingredients. Using pasta may not be the most authentic version of this dish, but it is an alternative. This recipe from Delish for spaghetti noodle lo mein is a good option if you want to try it.

Evidence in this section was gathered from Substitute Ninja, Blog Chef, and The Japanese Way.

What side dishes pair well with lo mein? 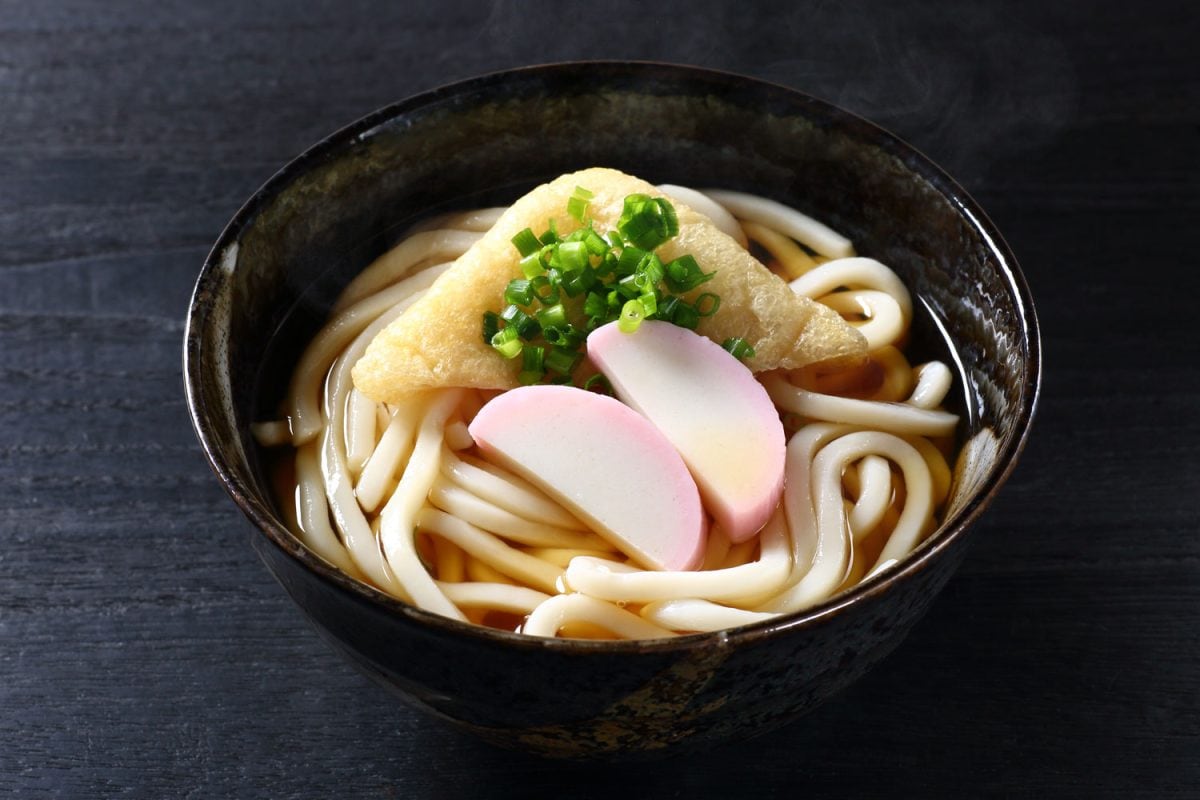 Udon noodles are known for their considerable thickness compared to other Asian noodles. The texture should be relatively soft yet maintain its shape. While they are also made from a wheat flour base, they lack eggs. People often use udon noodles in miso broths.

What are udon substitutes? 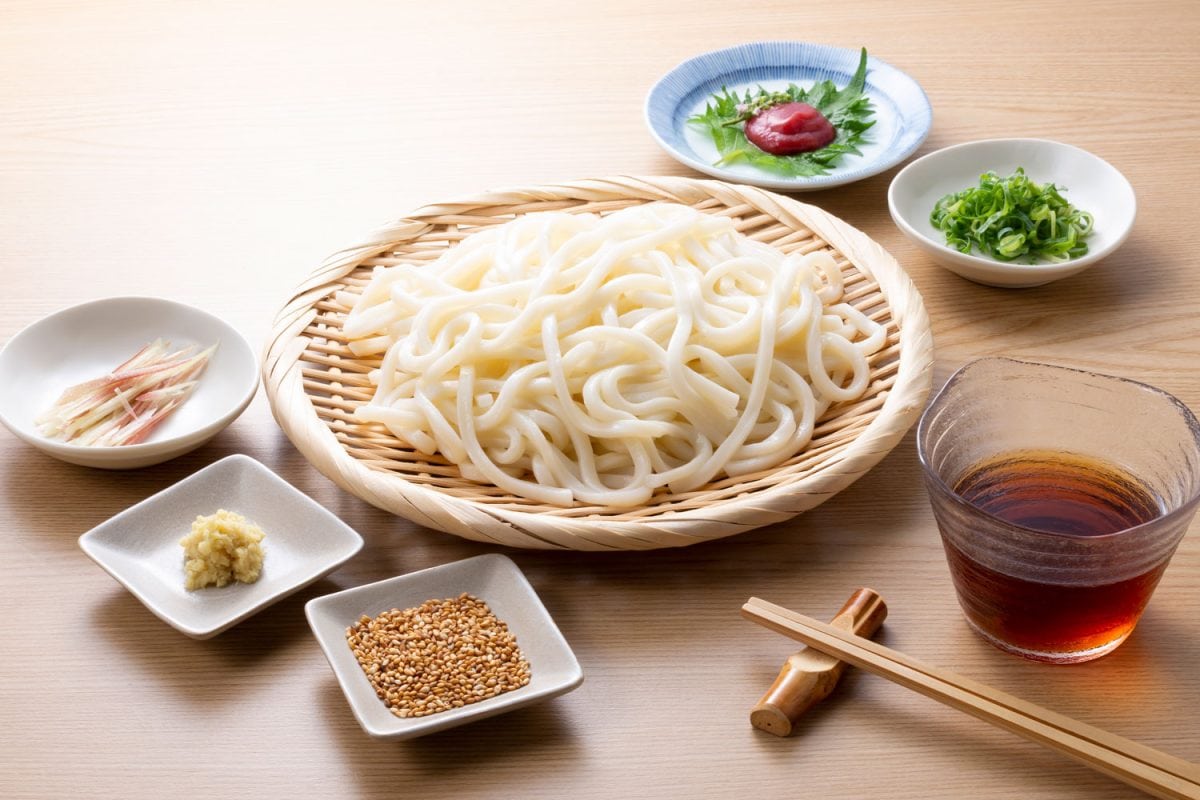 Yes, ramen can replace udon. Ramen noodles are much thinner than udon, although both are typically submerged in a hot broth. For this reason, ramen is the best udon substitute for soups.

Other udon substitutes include spaghetti, rice noodles, and soba.

You can use spaghetti, boiling water, and baking soda recipe to turn plain old spaghetti into a mock udon noodle.

Rice noodles and soba can be great alternatives if you need gluten-free options. Rice noodles will have a more similar texture to udon. On the other hand, soba noodles have a more grainy texture. This is because they are made with buckwheat. As a result, the noodles taste more Earthy, sometimes even nutty.

Here is a basic udon noodle soup recipe. It can be customized to fit your cravings, desires, and substitutes.

What side dishes pair well with udon? 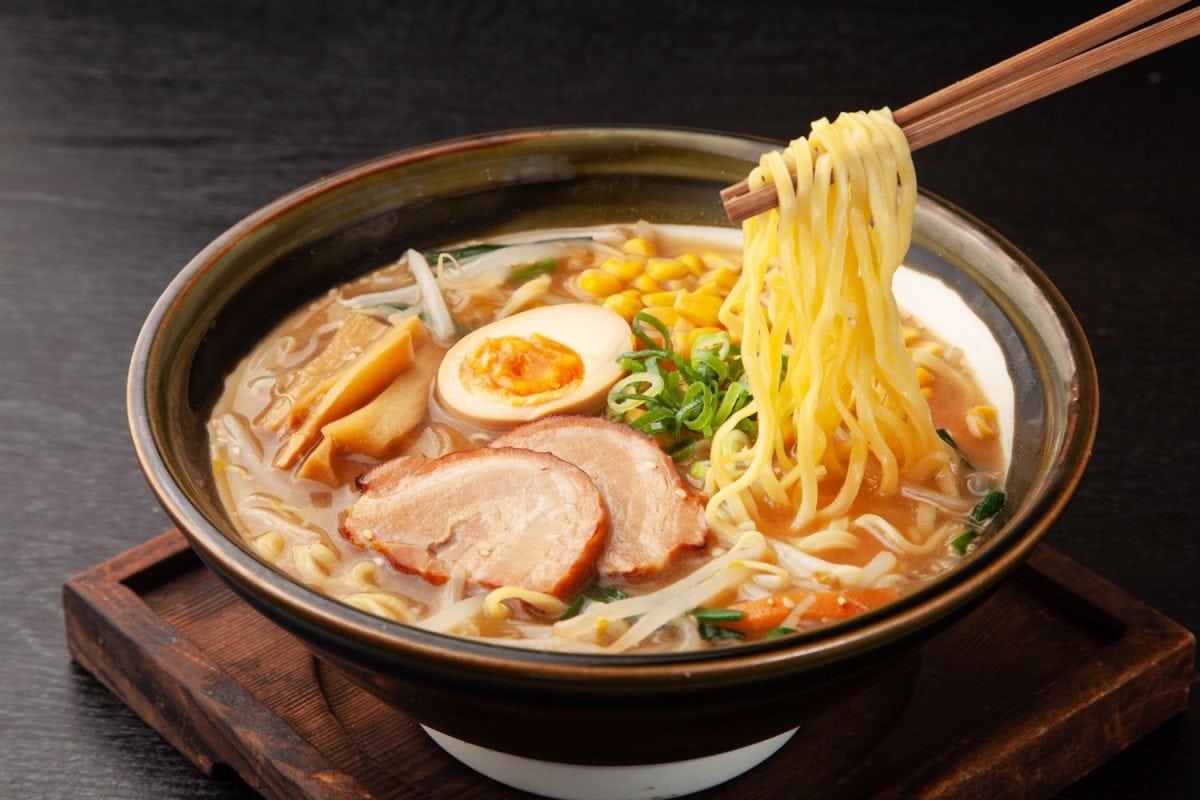 Ramen is the thinnest noodle of these three. It has similar ingredients to lo mein, using wheat flour and egg. There is one unique ingredient, however. Ramen noodles use a mineral called kansui. It is made with potassium carbonate and prevents food from dissolving into the boiling water. Ramen noodles are typically only ever used in a broth.

What are ramen substitutes?

Lo mein can replace ramen. They have the same basic ingredients, minus the kansui.

Udon can also replace ramen. Udon noodles typically absorb broth quicker than ramen would. To prevent the dish from drying up too quickly, make extra broth.

Other ramen substitutes include spaghetti, rice noodles, and soba.

You must have noticed that spaghetti is a very malleable pasta and can easily be transformed into another noodle dish. It is no surprise that spaghetti and a little baking soda can transform the noodles once again.

Gluten-free superstar rice noodles make another comeback. Lastly, soba is one way to change your ramen dishes with a nutty undertone.

What side dishes pair well with ramen? 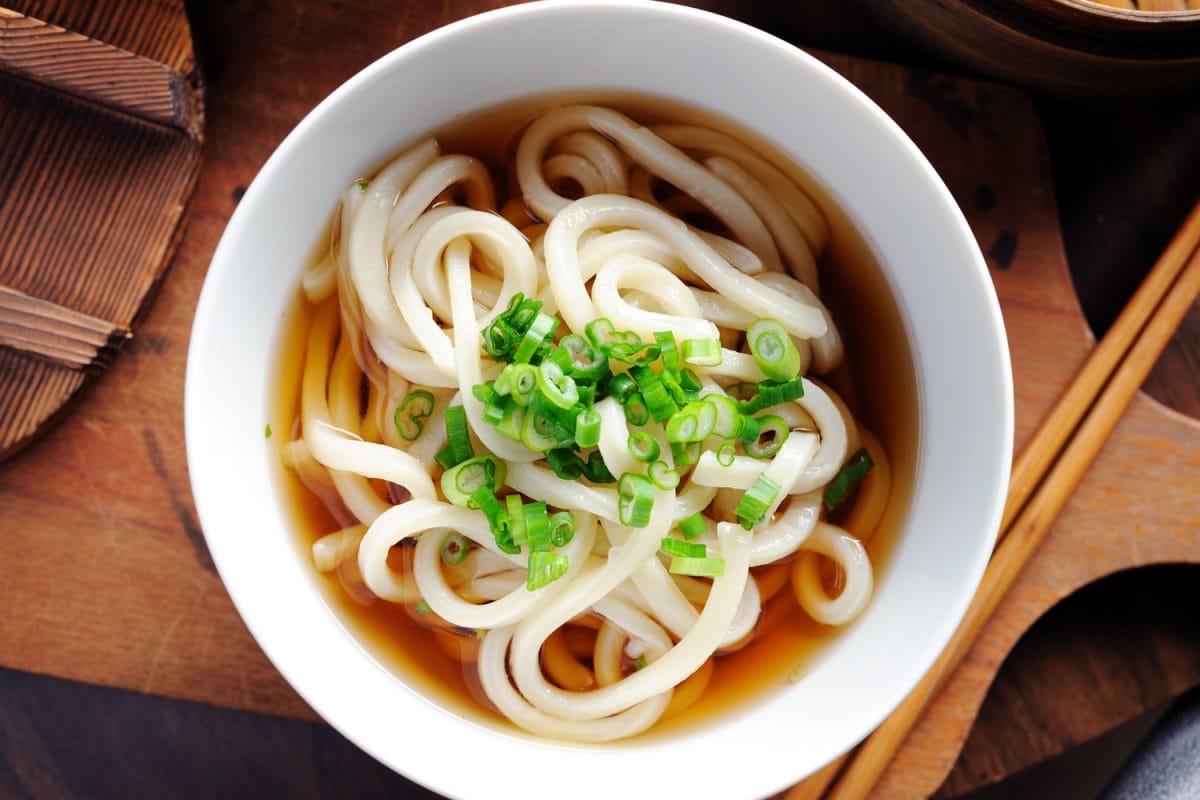 You may have noticed several gluten-free noodle options in this post. While they are entirely suitable for the recipe, there are also ways to make noodles without wheat flour. One suggestion is to use rice flour.

Rice flour is known to have antiaging properties and promote hair growth. While the conversion from wheat flour to rice flour should be the same, some recipes may suggest adding extra salt or tapioca starch.

Are there other Chinese egg noodles?

Yes, another type of Chinese egg noodle is wonton noodles. They come in two varieties, wide and thin. The name "wonton noodles" was developed during the Tang Dynasty, and the dish quickly became a favorite in Southern China. Wonton noodle dishes can be featured in a soup or by themselves.

Hokkien noodles are made using egg yolks. They were initially created in the Fujian province of China. Sometimes, people deep fry the Hokkien noodles in a circular shape and top their salads with it. Who needs croutons anyway?

Spaetzle is a German dish dating back to 1725. It is a small noodle or dumpling dish comparable to Italian gnocchi, minus the potato. It becomes more like a pancake batter rather than achieving a pasta dough consistency.

What is the difference between egg noodles and pasta? 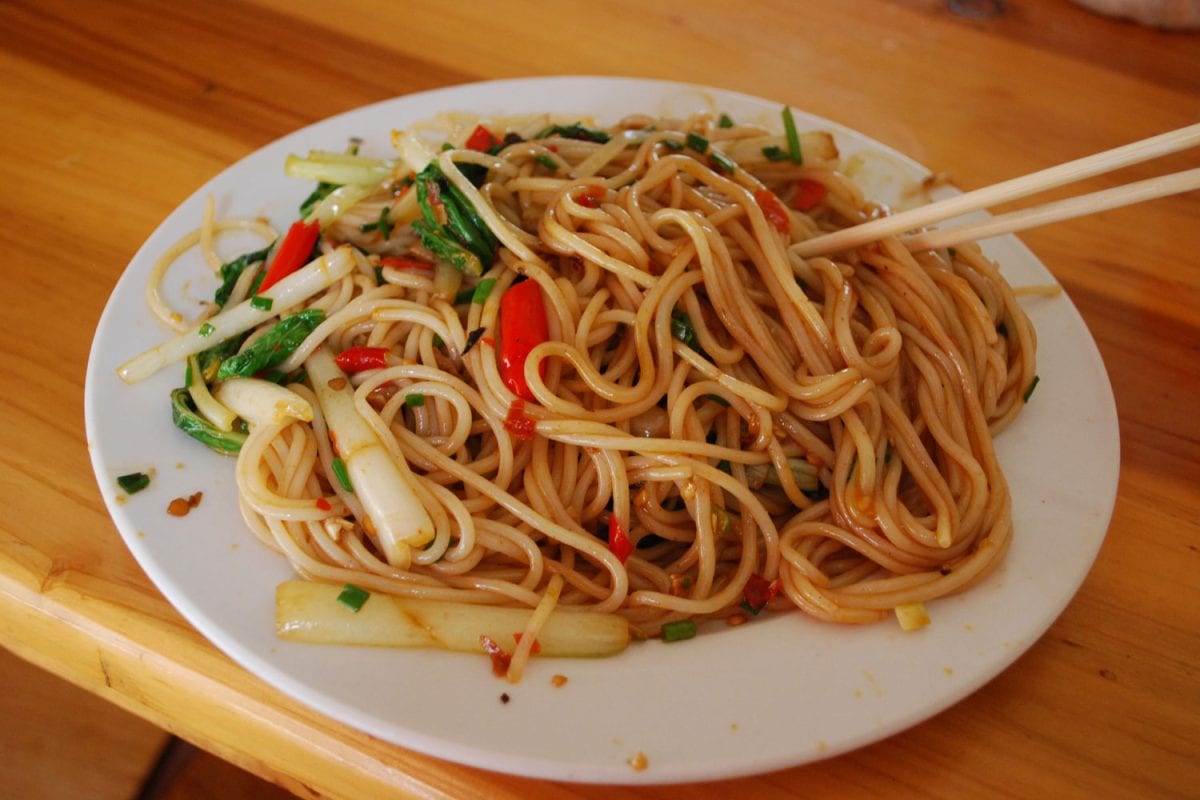 Both often use wheat flour, though some kinds of pasta use buckwheat, and occasionally egg noodles use rice flour. In addition, egg noodles may [as the name suggests] contain more eggs than pasta.

Where did each originate?

Pasta originated in... well, the picture isn't too clear. One group of historians suggests it originated in China, others will claim Italy, and some people believe Marco Polo brought Chinese noodles from Europe. According to the Talmud, there was something similar to pasta made in Palestine during the third century.

What are the differences between udon and ramen?

There are a few more differences we haven't covered:

Ramen broths are often rich in smooth fats and flavor, while udon broth is lighter and subtle. Also, ramen broths tend to be slightly thicker. On the other hand, Udon broths are simply dashi, soy sauce, sugar, and mirin.

Both can be bone broths, though udon is often a seafood broth. The toppings on each are also different. Ramen typically includes a soft-boiled egg, corn, protein, bok choy, or bamboo. Udon is more relaxed with the toppings; a simple fish cake with green onions will do. 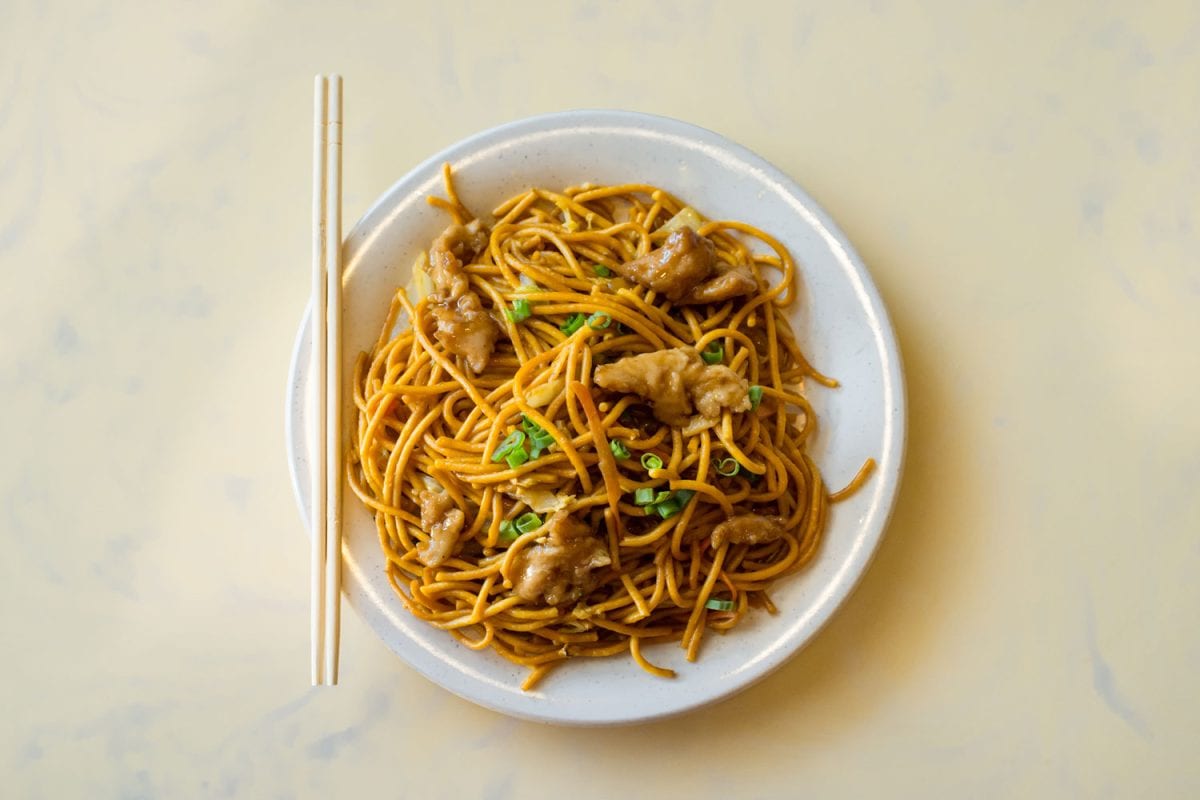 Let's review what we've learned today. Ramen can be used to substitute udon and lo mein, but lo mein can't be used to replace udon. Udon makes a good lo mein, and lo mein has never made ramen look better, except udon can certainly try. Wow! That was a bit of a mouthful, no pun intended.

We also learned that there are a lot of egg noodles, kinds of pasta, and other noodle-like forms that are from every culture!

For more articles about noodles, check out these related posts.

How To Store Homemade Noodles - Cooked and Precooked

13 Types Of Asian Noodles You Should Know

Do You Have To Wash Corn On The Cob?

How Long Should A Bundt Cake Cool In Pan Before Icing Or Cutting?

How Much Does It Cost To Make A Cheese Board?