We have all been told that you shouldn't eat a product if the lid does not pop when opened. However, is there truth to this, or is it just an old tale? If you have come across a jar that didn't pop, you are likely wondering what to do. We had the same dilemma and set out to find answers.

Do not eat the contents if you have a jar that did not pop when you opened it. Instead, throw it away immediately. Keep in mind that the popping sound may differ from jar to jar; therefore, you should pay close attention to the safety button.

There is still a lot to learn about improperly sealed jars. Keep reading to discover why jars pop, what could cause a jar not to pop when opened, what to do if your home-canned jars do not seal, and much more. 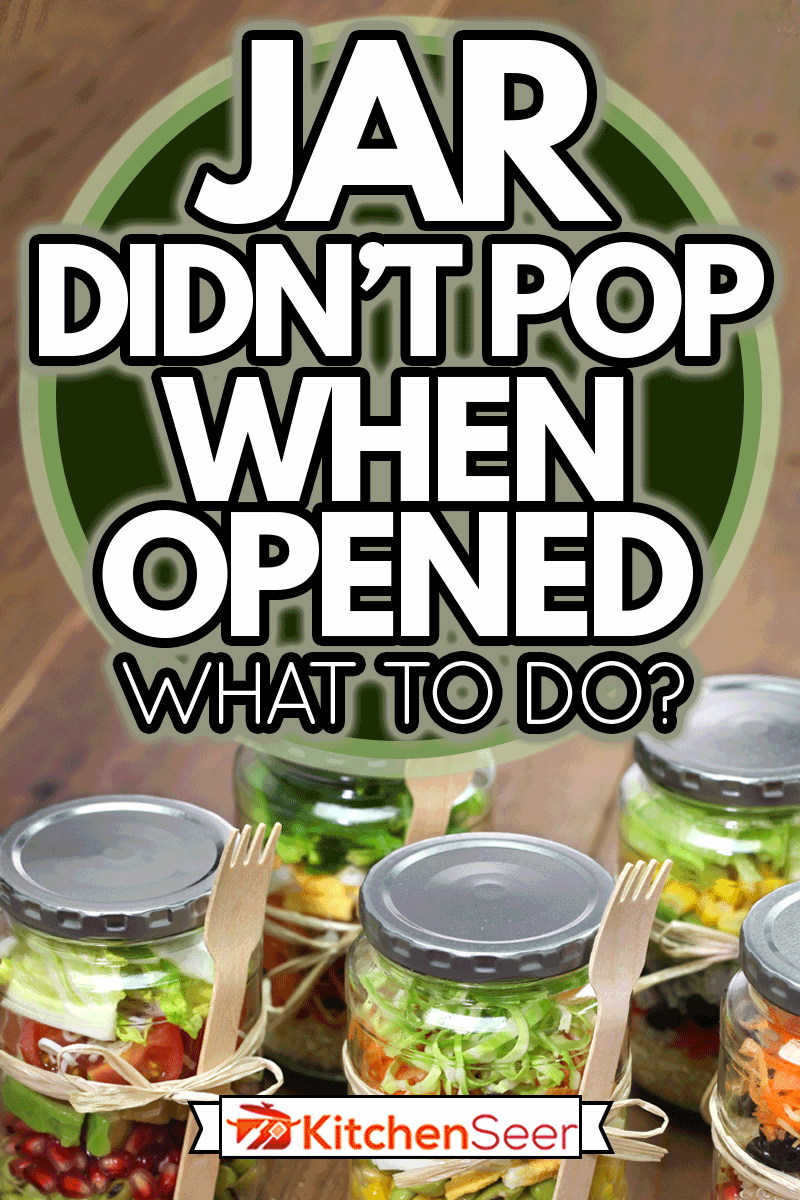 Do All Jars Pop When You Open Them? 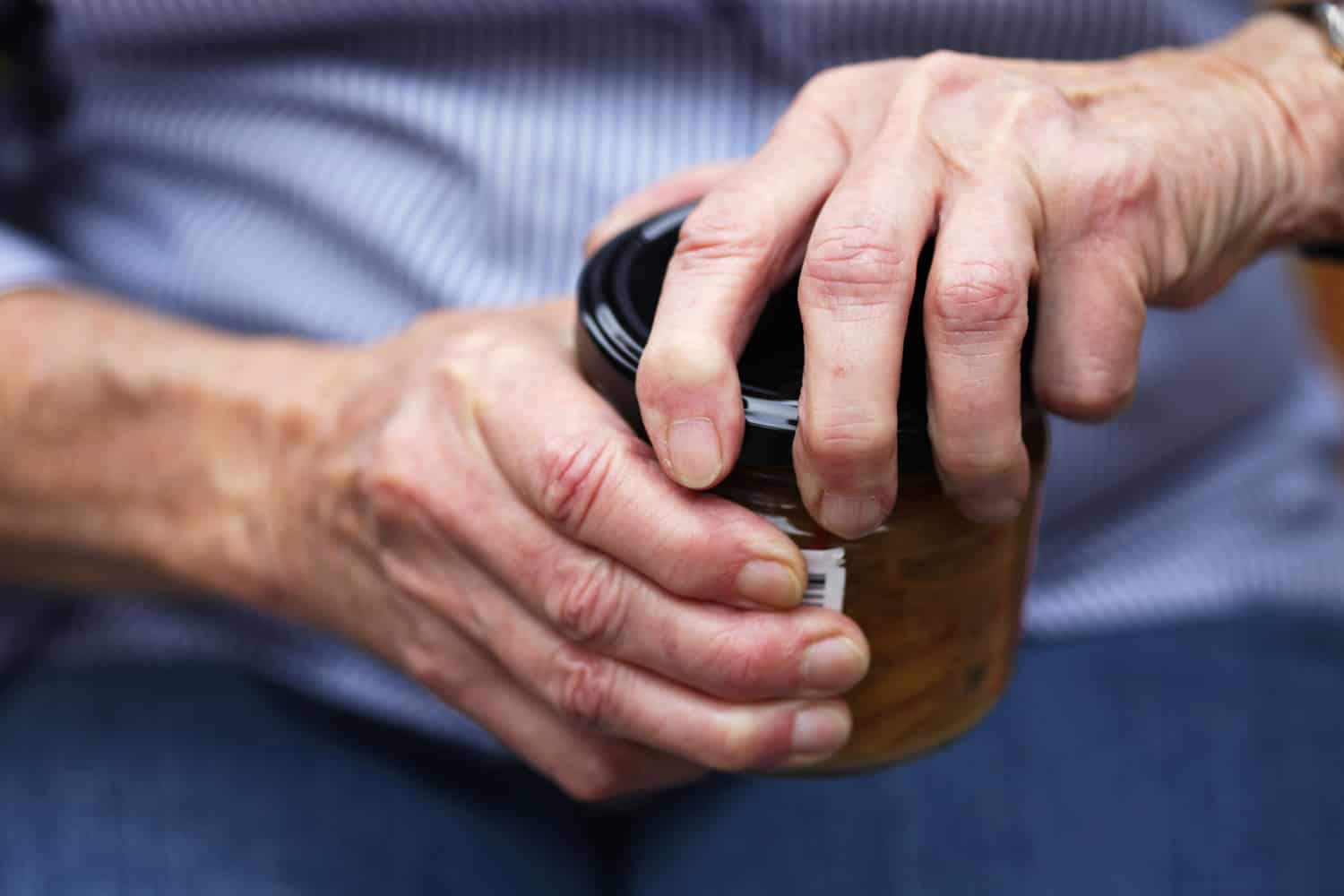 No matter how old you are, you have probably been told that all jars should pop when you first open them. This applies to both home-canned goods and store-bought items. Some jars are sealed so tightly that it can be challenging to open them.

Others, however, are pretty simple to twist. Either way, when the lid finally loosens, you should feel the suction release. A popping sound usually accompanies this release.

The degree of the pop, however, is subjective. Some jars let out an audible pop, while others make more of a hissing sound. On the other hand, some lids are not equipped with safety buttons.

In these cases, even though you may not hear a noise when opening the jar, you should always feel an initial release of suction. If this is not the case, do not eat the contents.

Why Didn't My Jar Pop When I Opened It?

When food items are sealed in jars, they are subjected to high pressure. The pressure creates a suction on the lid, keeping the jars airtight to prevent bacteria from getting inside. When you open a jar for the first time, you release that pressure, and there is no longer a suction on the lid.

Therefore, if you open a new jar and do not feel that release of pressure, this means the jar was not sealed properly, or it has been opened before. Improperly sealed jars can lead to severe illnesses such as Botulism.

You should not eat the contents. Instead, throw the jar away immediately. 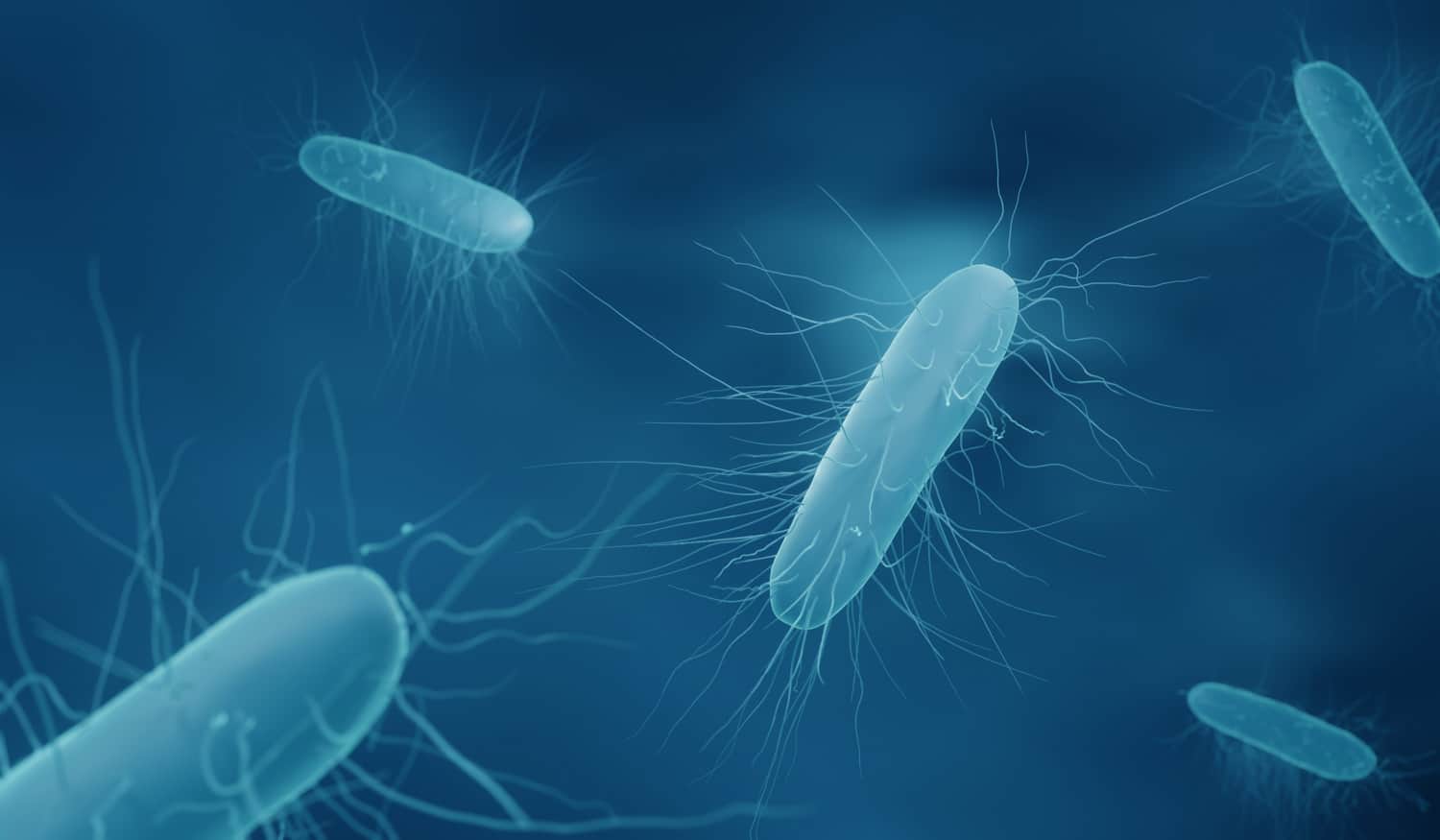 According to the Centers for Disease Control (CDC), Botulism is an illness caused by a toxin made by the following bacteria: Clostridium botulinum, Clostridium butyricum, and Clostridium baratii.

It is serious and attacks the body's nervous system, causing symptoms such as muscle paralysis and death. This is why it is so important not to consume foods from an improperly sealed jar.

Although the bacteria are found naturally in various places, the conditions are usually not ideal, preventing the bacteria from creating spores. However, under the right conditions, such as containers lacking oxygen or those with low acidity, the bacteria will form harmful spores that give off deadly toxins.

You should never taste test food that you suspect may have gone bad. Although you can detect some types of spoilage in food by appearance, smell, or taste, none of these must be present in items contaminated with the botulism toxin.

Washington State University recommends wearing gloves when handling foods you suspect to be contaminated. You should wrap the jar in a sealed bag. Next, place the sealed container inside another plastic bag, and tape it up well before discarding it in an outdoor trash can.

Do not attempt to recycle jars containing contaminated food, and do not place the food in garbage disposals, sinks, toilets, or compost bins. If any spills occur, clean the surface thoroughly with bleach, and wash your hands for a minimum of two minutes under running water.

We all like to think that the foods we buy from grocery stores are safe. However, the truth is that some people, for unknown reasons, feel the need to tamper with shelved items. Perhaps this only amounts to a child opening a pickle jar, taking one to eat, then returning the jar to the shelf.

On the more sinister side, someone may have opened the jar and contaminated the contents with drugs or other harmful substances. Again, it's better to be safe than sorry.

What If My Home-Canned Jars Don't Seal?

Did you know there are precise methods for canning food items at home? If you use the wrong recipe or miss a step during the canning process, you could have improperly stored/contaminated food.

According to the CDC, home-canned goods are responsible for more than half the cases of Botulism in the United States. Always follow USDA guidelines for properly canning foods.

Fortunately, if you discover your mistake early enough, you can save your precious canned goods from spoilage. After each batch has cooled for approximately 12 to 24 hours, remove the rings, and inspect the jars for tiny nicks or cracks.

Once the rings have cooled, you only have 24 hours to reprocess your items. If imperfections are present, transfer contents to a new jar before repeating the canning process.

If there are no blemishes, repeat the procedure, following each step carefully.

Why Did A Home-Canned Jar Lose Its Seal? 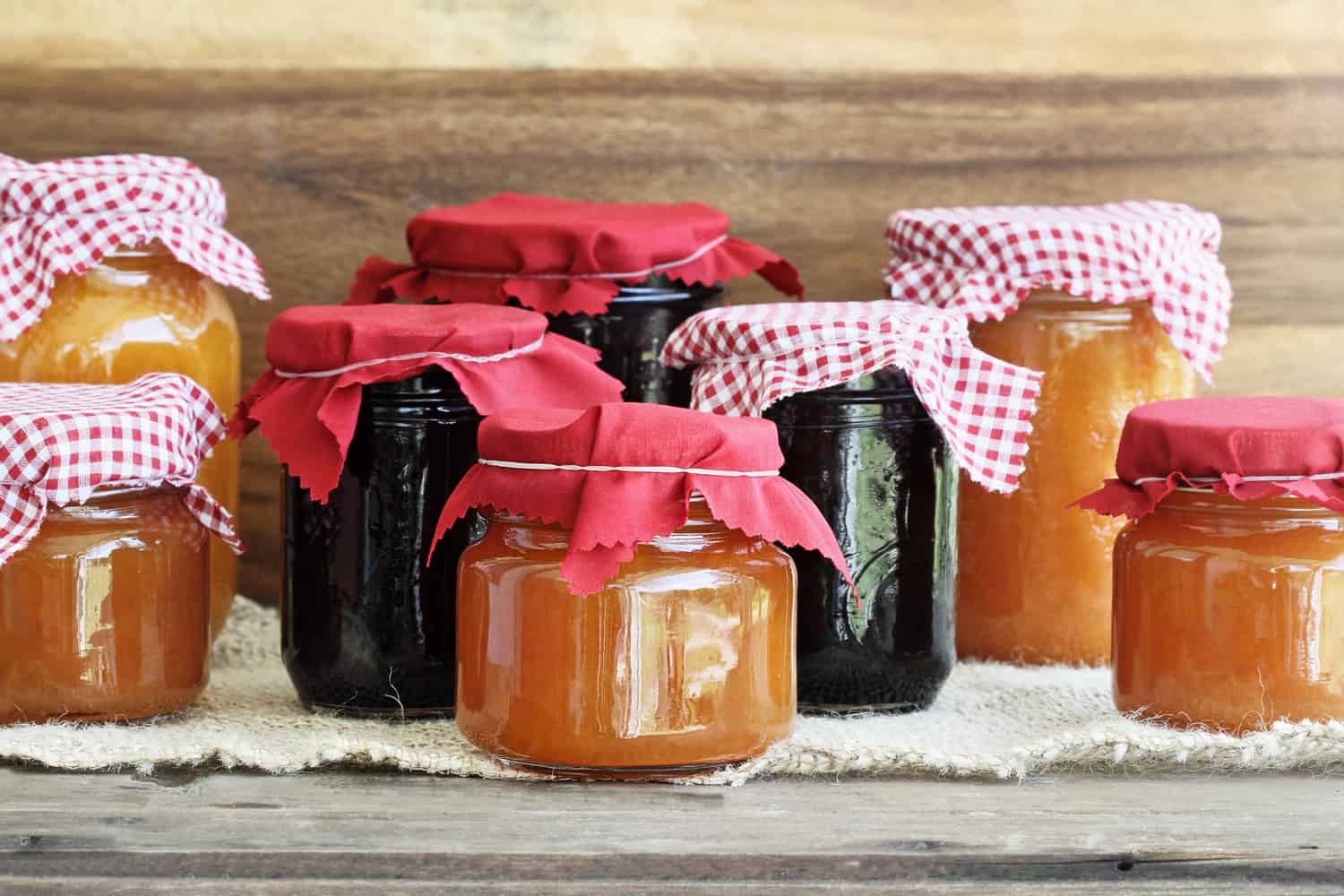 Several conditions can cause jars to lose their seals. If you discover an unsealed jar in storage, never consume the contents. Throw it away immediately, and do not recycle the jar.

Siphoning is when the contents of the jar spill from under the lid. It can occur during the canning process or after removing the canner's jars. If spillage happens after removal, you will notice a small puddle on the counter and food residue down the side of the jar.

The jars will often still create a seal, but it may not last. This is known as a false seal. A small amount of liquid or food may become lodged under the lid during siphoning. In those cases, the food usually begins to mold, resulting in a broken seal.

In the canning world, there are a few errors that can result in siphoning. First, you need to provide enough headspace within the jar. Headspace is the gap at the top of the jar where there is no food. This is where your recipe comes into play.

Follow it precisely because the headspace required will vary depending on the type of food you are preserving. Similarly, too much headspace can also cause a false seal. If too much air is present in the jar, the cooling time may not be long enough for all the air to be dispelled. 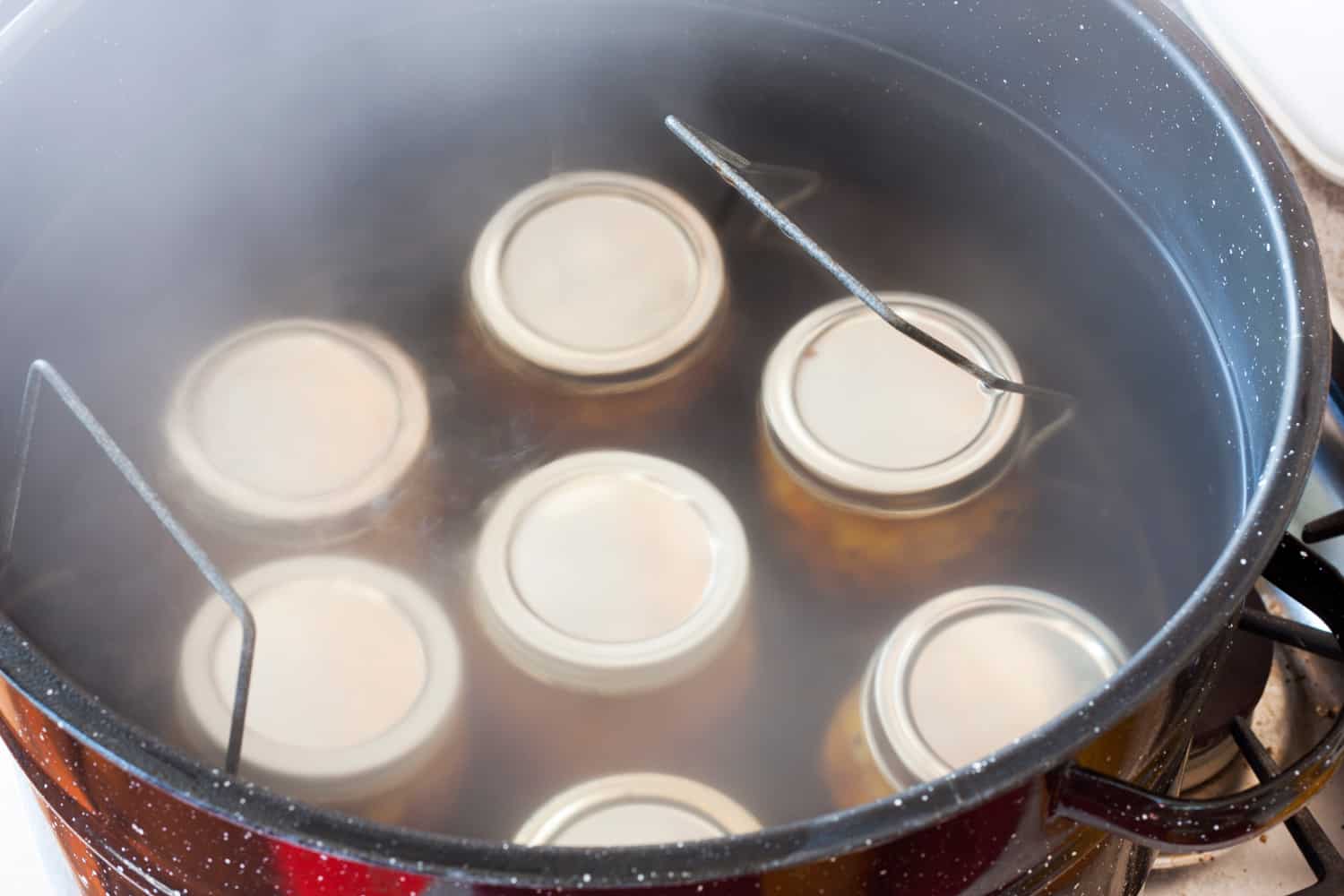 After putting the jars in the canner, it is essential to maintain a consistent temperature. If you are boiling, allow the jars to sit in the pot for five minutes after turning off the burner.

This will give the contents time to adjust to the change slowly. If using a pressure canner, allow your jars to sit for 10 minutes after turning off the device. 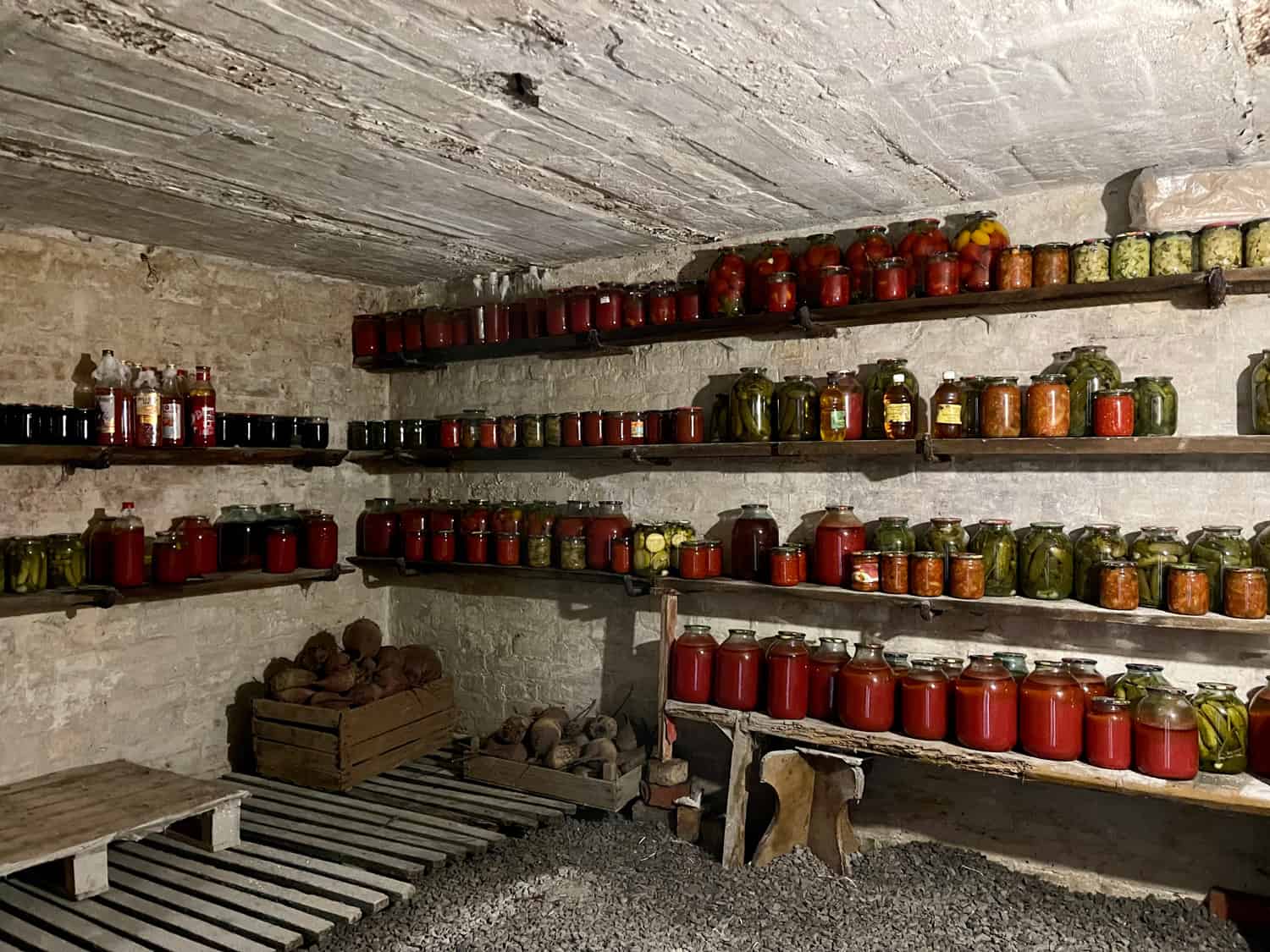 Before putting away your newly preserved foods, check to make sure the seal is tight. It should be strong enough to allow you to pick up the jar by the lid without the presence of the ring.

Once you confirm the jars are properly sealed, it's time to remove the rings from the lids. Next, wash the jars and lids to prevent any mold.

Do not place any jars into storage until they have completely dried. It is advisable not to return the rings to the lids. This will help prevent rust and mold, and you will be able to tell better if your seals have broken.

When placing jars in storage, it is important not to stack them on top of one another any more than two jars high. Place a piece of cardboard or something similar between layers to help protect the seals on lower jars.

When storing home-canned goods, extreme hot or cold temperatures could damage the seals on jars. Therefore, you should keep your preserves in an area ranging between 50 and 70 degrees Fahrenheit. Never store items in direct sunlight or damp locations.

Doing so can cause your items to spoil, resulting in foodborne illnesses.

Jars pop when initially opened because there is an airtight seal on the lid. This seal is what protects the contents from spoilage.

Under certain conditions, bacteria, toxins, and mold can grow inside the jar, causing the seal to break. Therefore, you should never eat food from a jar if the lid did not pop when you first opened it.

Does A Pantry Need Ventilation? [3 Times When the Answer Is Yes]

How To Monitor Storage Temperatures In Your Kitchen

Can You Use A Pressure Cooker For Canning?

Should You Unwrap Dishwasher Tablets?

How Long Can Pizza Dough Sit Out Before Cooking?