Chuck roast is a common crockpot meal because it is a tough cut of meat that benefits from slow cooking. Even though it's on the tougher side, can chuck roast be good for grilling? Let's take a look to see if this is a dinner option.

Chuck roast can be good for grilling when prepared right. Due to it being a tougher cut of meat, marinating the chuck roast at least a few hours before grilling is recommended.

In addition, grilling over indirect rather than direct heat will also help prevent the meat from drying out or becoming overcooked.

The last thing you want is a tough and dry chuck roast, so following these tips will help you end up with a juicy and delicious grilled meal.

This article will help you prepare your chuck roast for grilling and provide tips to ensure it comes out perfectly. In addition, we will answer other frequently asked questions about cooking chuck roast, so read on! 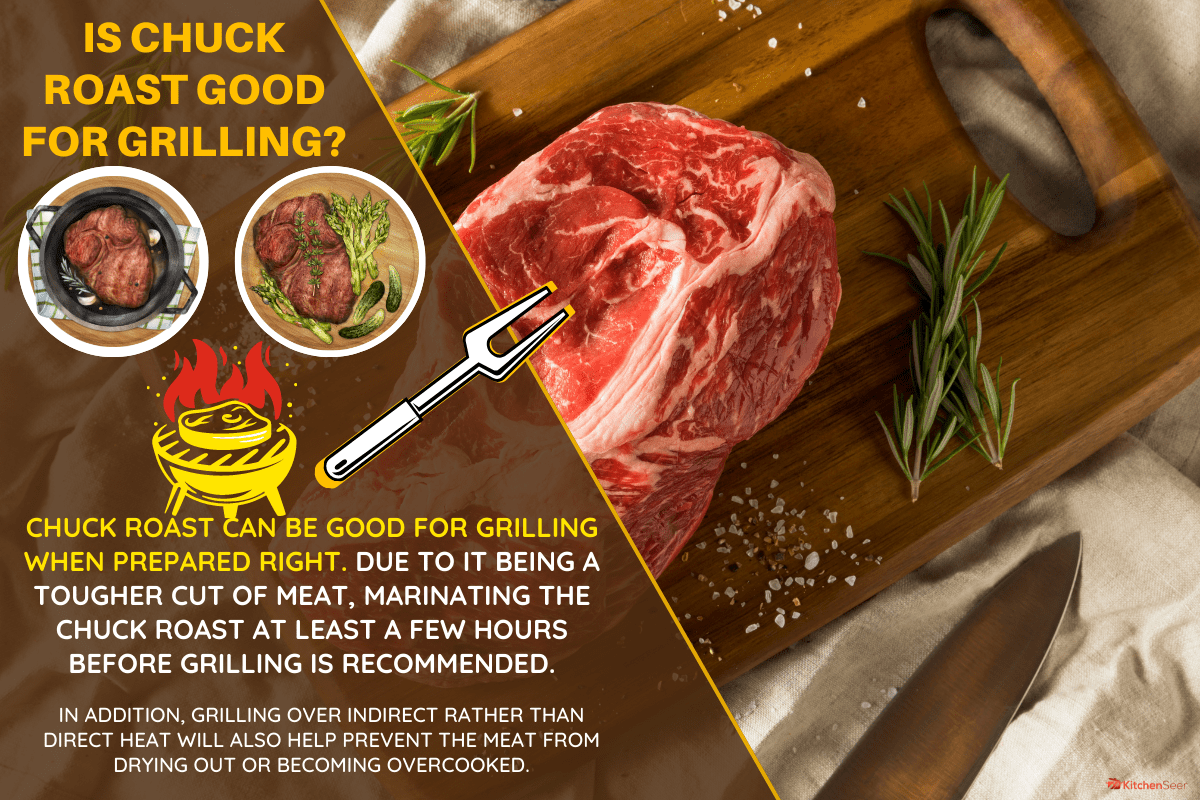 How Do You Cook Chuck Roast On The Grill?

Cut from the shoulder of the cow, chuck roast is a tough but flavorful cut of meat. It's often used in stew or pot roast recipes because it benefits from slow cooking, which breaks down the tough muscle fibers and makes the meat more tender. 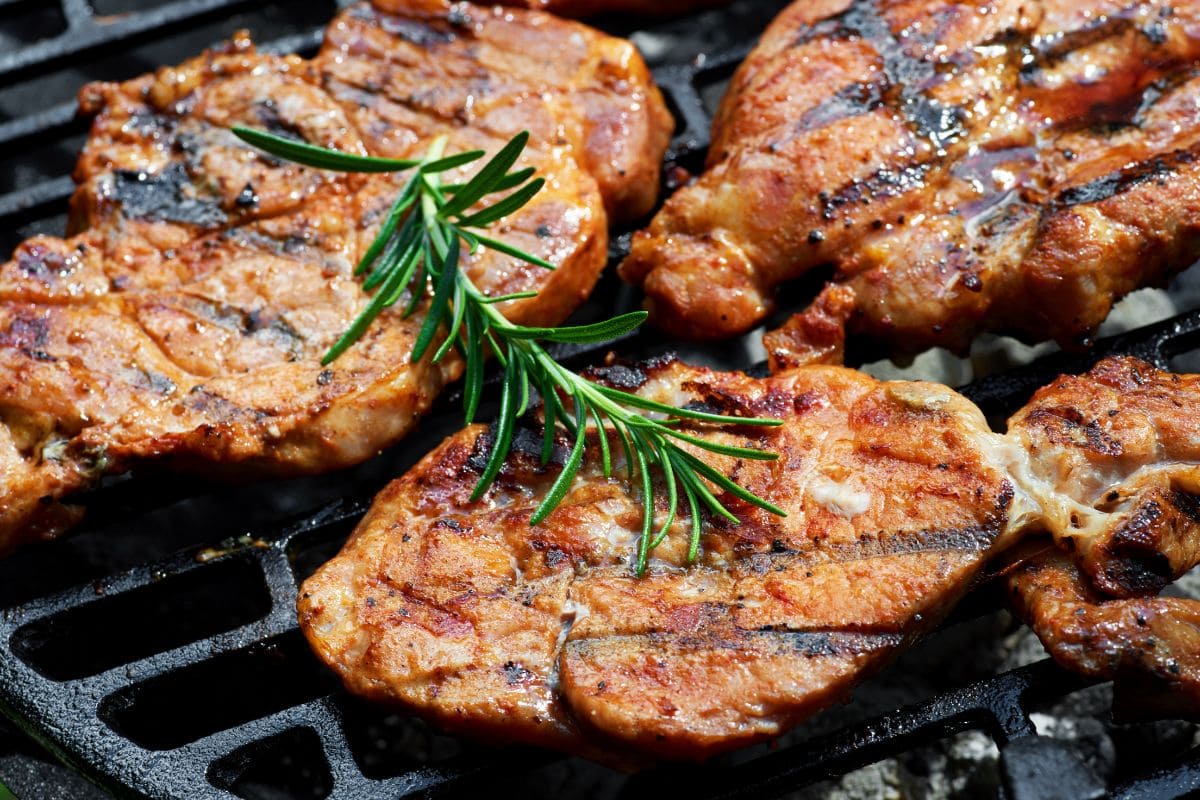 Chuck roast can also be cooked on the grill, but it requires a little bit of extra care to ensure it comes out juicy and delicious.

The first step is to marinate the chuck roast for at least a few hours or overnight. This will help tenderize the meat and add flavor.

Be sure to use a good quality steak marinade, and don't forget to pierce the meat with a fork several times before adding it to the bag.

Before grilling, dry the chuck roast and season it with salt and pepper. Also, oil the grill grates to prevent the meat from sticking.

Set up your grill for indirect heat when you're ready to grill. This means that the chuck roast will not be directly over the flames but somewhat off to the side, where it will cook more slowly and evenly.

Preheat the grill to medium-low before adding the meat.

Grill the chuck roast over indirect heat for about 45-60 minutes or until it reaches an internal temperature of 145 degrees Fahrenheit.

Be sure to use a meat thermometer to check the temperature of the roast, as overcooking can make it tough and dry.

Once the chuck roast is cooked through, remove it from the grill and let it rest for at least 10 minutes before slicing and serving. This will help the juices redistribute throughout the meat, making it even more flavorful and tender. 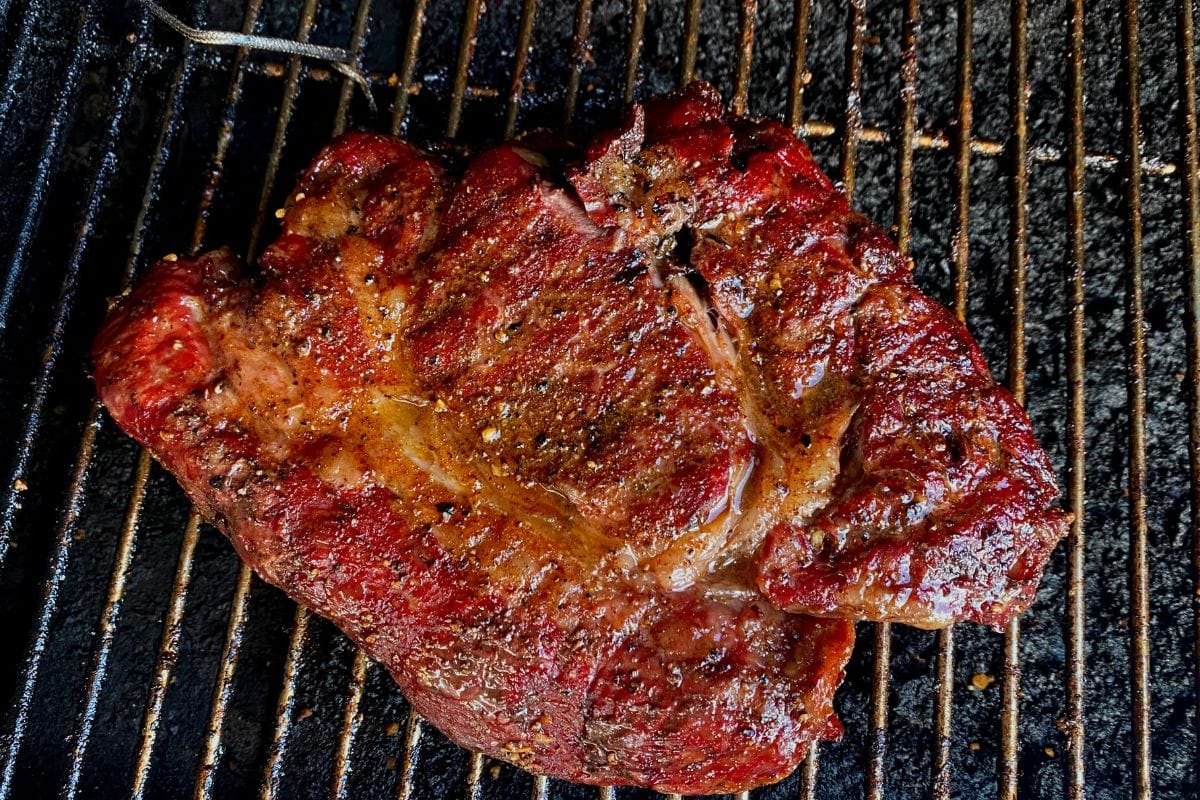 There are several ways to cook a chuck roast like a steak. For example, you can pan-seer the chuck roast on a grill or in a cast iron skillet instead of indirect heat.

To tenderize it, you will still want to marinade the chuck roast for at least a few hours. Then, heat the pan or grill over high heat and sear the chuck roast on all sides. This will create a nice crust on the outside while keeping the inside juicy and delicious.

Once you've seared all sides of the chuck roast, lower the heat and cook it until it reaches the desired doneness. For a medium-rare steak, cook it to an internal temperature of 145 degrees Fahrenheit.

Once the chuck roast is cooked to your liking, remove it from the pan or grill and let it rest for at least 10 minutes before slicing and serving.

You can also do the pan seer to oven method. In this case, Sear the chuck roast on all sides in a hot pan or grill. Then, transfer it to a preheated oven and cook it until it reaches the desired doneness.

This is a great method to keep the juices locked in and prevent the meat from drying out. Just be sure not to overcook it, as this can make the chuck roast tough and dry.

What Is The Best Way To Cook Chuck Roast?

One of the most common ways to cook chuck roast is slow cooking or braising. This involves cooking the chuck roast in a small amount of liquid, such as broth or red wine, at a low temperature for several hours.

As mentioned earlier, this method is ideal for tough cuts of meat like chuck roast because the long cooking time breaks down the tough muscle fibers, making the meat more tender.

You can either braise the chuck roast on the stovetop or in the oven. Either way, cut the roast into cubes, and add it to the pot, letting it brown on all sides before adding the liquid.

Then, cover the pot and cook the chuck roast over low heat until it's fork-tender. This will usually take several hours, so be sure to plan ahead.

You can also use the oven at a low temperature, such as 350 degrees Fahrenheit. After 5-6 hours of cooking, the chuck roast should be fall-apart tender. 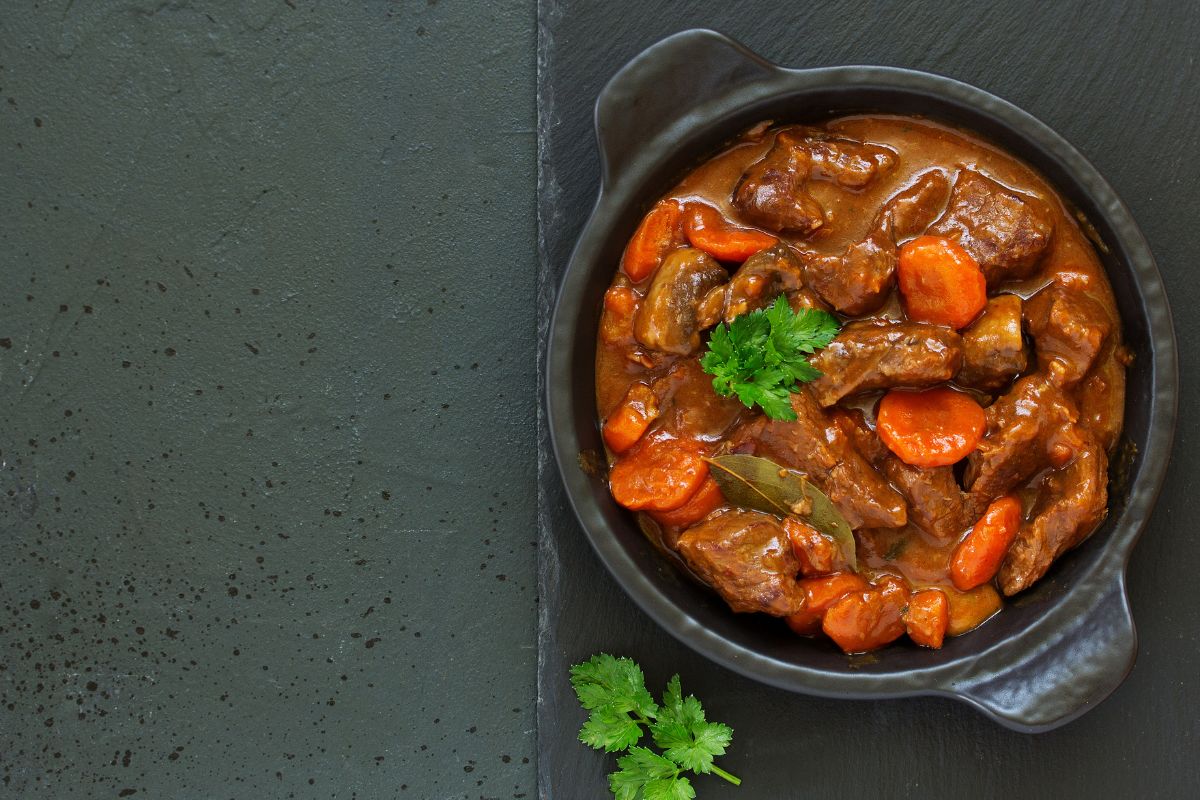 Why Is Chuck Roast So Cheap?

Chuck roast is one of the most affordable cuts of beef. This is due to it being leaner meat, which means there is less fat marbling throughout.

As a result, it's one of the tougher cuts of beef. However, this also means that it's flavorful and perfect for slow-cooking methods like braising.

Nonetheless, due to its long cooking time, it can be bought at a lower price per pound than other cuts of beef. So, if you're looking for a budget-friendly option, chuck roast is a great choice.

What Are Ways To Tenderize Chuck Roast?

There are different methods you can use to tenderize chuck roast. One is to marinate it for several hours or even overnight.

You can add beer or red wine to the marinade, which will help break down the tough muscle fibers. Other options include using an acidic ingredient like lemon juice.

Another method that can be used in conjunction with a marinade is using a tenderizer. This can be either a physical or chemical tenderizer.

A physical tenderizer, such as a meat pounder, works by breaking down the muscle fibers. You need to wrap the chuck roast in plastic wrap and pound it until it's about ½-inch thick.

A chemical tenderizer, such as papaya or pineapple juice, works by enzymes that break down the muscle fibers. Add the juice to the marinade and let it sit for at least 30 minutes before cooking.

Finally, slow cooking the chuck roast will also help to tenderize it. By using these methods, you can cook it until it's fork-tender. 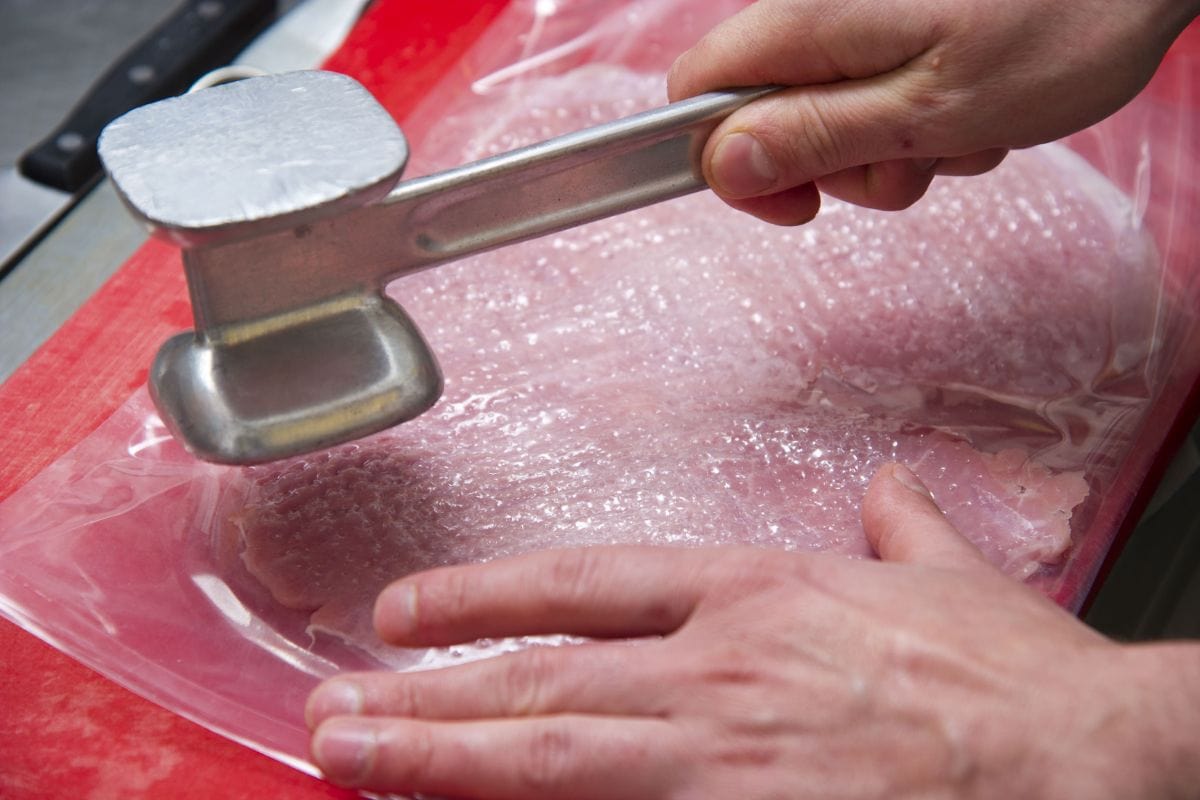 What's The Difference Between Chuck Roast And Pot Roast?

Typically, a chuck roast is used for pot roast because it's a tough, lean cut of beef that benefits from slow cooking. However, you can use other cuts of beef, such as a rump roast.

What's The Best Way To Know Chuck Roast Is Done?

Most cuts of steak are checked for doneness by using a thermometer. However, if you are slow-cooking chuck roast, then there is an easier method.

If you take a fork and insert it into the roast, and the meat falls apart easily, then it is done. Another way to tell is by using your tongs to try and lift the roast out of the pot.

If it falls apart when you do this, then it's also done. This is a simple way to check doneness because, at the end of the day, you want the meat to be fork-tender.

How To Store Leftover Chuck Roast?

Chuck roast is an excellent leftover because it can be used in many dishes. Once it has cooled, you can store it in an airtight container and keep it in the fridge for up to four days.

You can also wrap the chuck roast in aluminum foil or freezer paper and freeze it for up to six months. When you're ready to eat it, just thaw it in the fridge overnight and reheat it.

If you made a pot roast out of the chuck roast, you can store the leftovers similarly. You might find that the pot roast gets better with age as the flavors have more time to meld together. 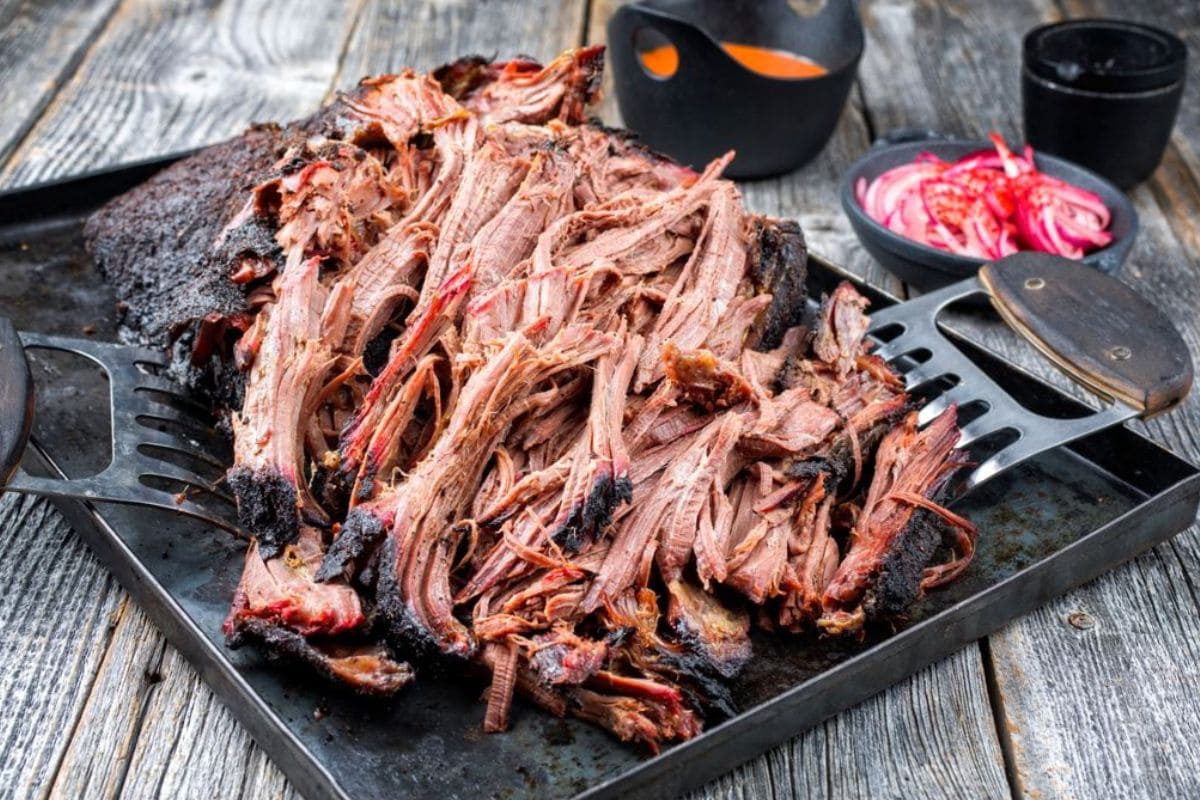 Even though it is known for being tougher meat, chuck roast can be cooked in various ways to make it fork-tender. We recommend giving the chuck roast plenty of time to marinate for grilling. This way, you can ensure that it's juicy and flavorful.

Made it to the end? Here are other articles you might enjoy:

Should You Cover A Chicken With Foil When Roasting?

At What Temperature Should You Cook A Roast?

Should You Cover Beef With Foil When Roasting?

How To Get Spam Out Of Can [Quickly & Easily]

What Salmon Is Used For Sushi? [These Are The Best Types!]

Can You Grate Cheese Ahead Of Time?