Pie is a dish that is impossible not to love! There is a pie for every person on the planet. But even though this incredible dessert, and sometimes savory dish, consists of a few ingredients, assembling the pie dough in the pan can make you go crazy. If you wonder how to put the dough in a pie pan without trouble, let us look at what we've found to be the best methods.

Follow these simple steps to put your pie dough in a pie pan. First, grease the pan to prevent the dough from sticking to the pie pan.

The process of putting pie dough on the pan is simple in writing. Performing the task is a different matter. There is still more you might want to know to create the perfect pie! If you would like to find out more, keep reading ahead. 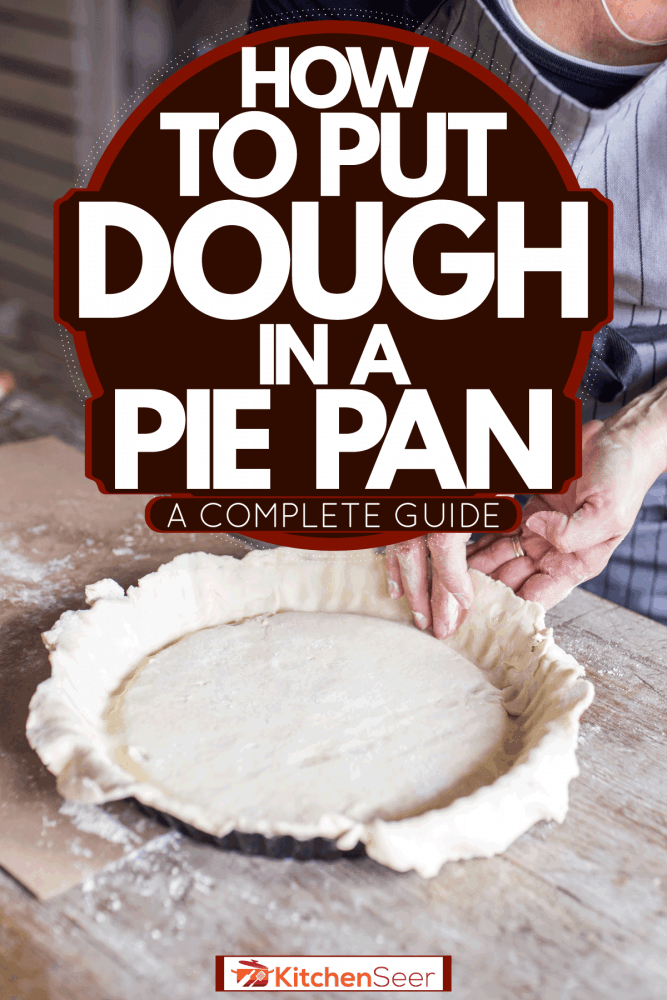 Do You Grease a Pie Pan Before You Put the Dough In?

However, if you prefer a flaky crust, there is no need to grease the pie pan. Because greasing the pan changes the consistency of the pie crust.

What Size Should Your Dough Be Before Putting It in the Pie Pan? 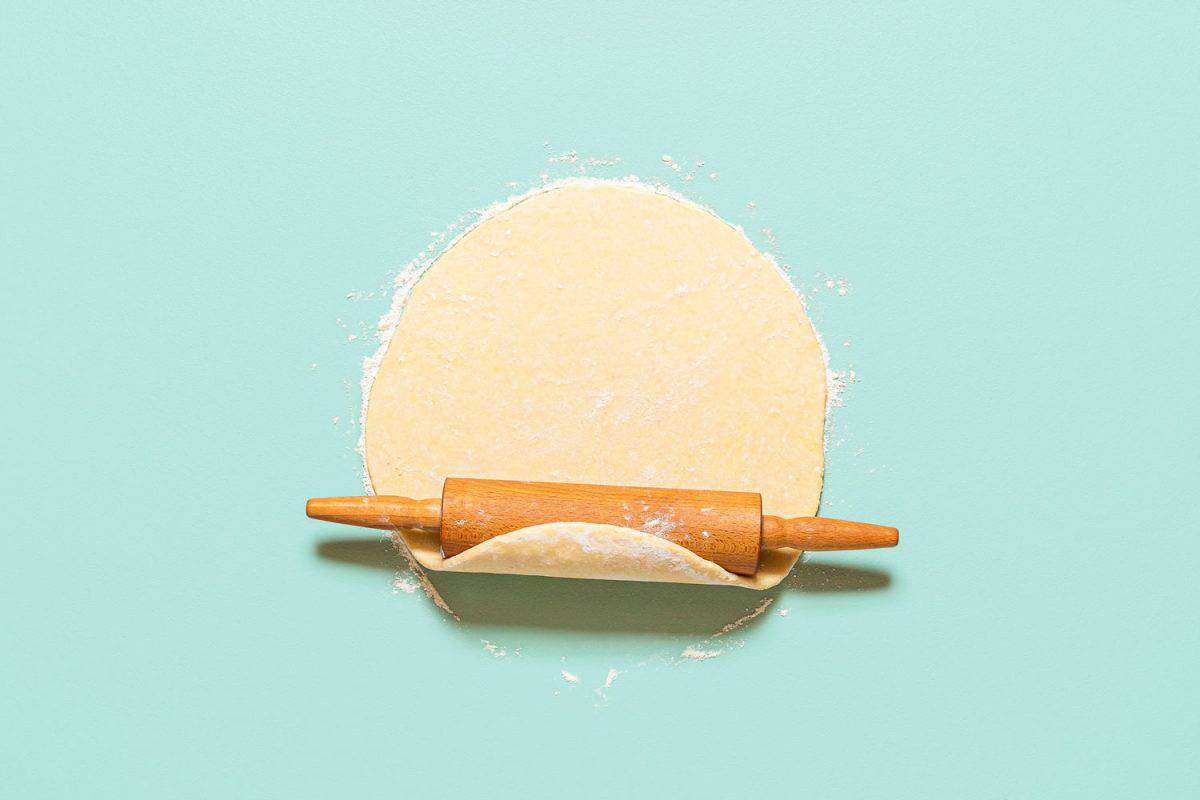 Pie dough should always be larger than the pie pan. But, what size should your dough be before transferring it into a pie pan? It mainly depends on the size of the pan. However, by the rule, you should roll the pie dough at least 1 to 3 inches bigger than the size of your pie pan.

For example, if you have a 12-inch pie pan, roll your pie dough 15 inches in diameter.

How Thick Should the Dough Be Before Putting It in the Pan?

How Do I Make a Pie Crust Into a Pie Plate?

If you are a visual learner, check out this YouTube video for additional help:

How To Put the Pie Crust on Top

Keep in mind that the pie crust should be wider in size than the size of the pan. For example, if you use a 12-inch pie pan, roll the pie crust 15 to 16 inches in diameter.

Now, drape the pie crust on a rolling pin and place it on top of the pie pan. Center it to cover every corner. Crimp the edges to finish the job!

How to Crimp a Pie Crust 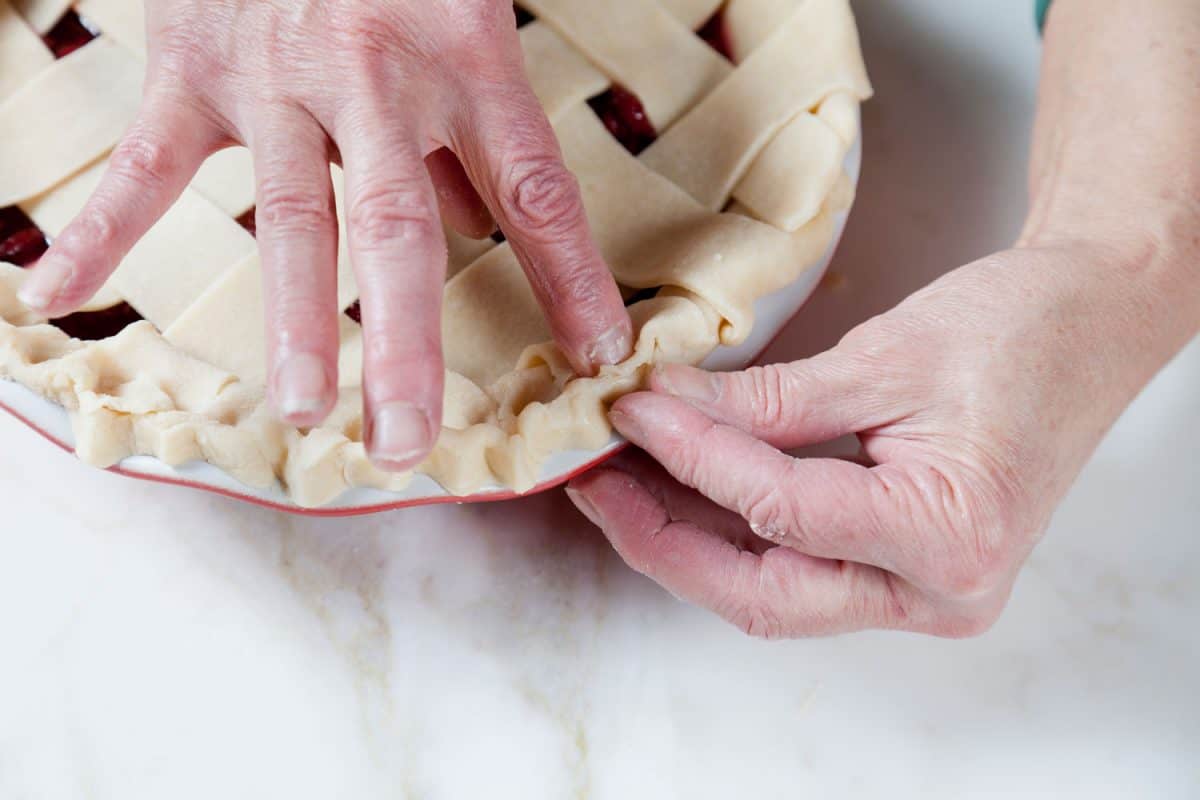 Once you have rolled the dough and put it in the pie pan, it is time to crimp the pie crust for a finished look. The following are the five best and easy ways to crimp a pie crust.

The second pie crimp method requires the same process and looks similar to the first one. However, while making the indentations, pinch the pie crust edge. This method gives a similar but more well-defined crimp look.

Next up is the rope crimp method. The finished crimp might look intricate and difficult to reproduce, but it is simple to do nonetheless.

By using the knuckle of your pointer finger and the inside of your thumb, hold the pie crust. Now gently squeeze it until you create a raised ridge. Move your hand over an inch or two clockwise and repeat. Continue the method until the whole pie crust edge is crimped.

For the next two methods, flatten the lip of the pie crust.

Get a spoon, turn it upside down. Use the tip of it to press the crust gently to make two small dents. One set slightly back from the other. Moving to the right, repeat the pattern around the entire edge of the crust.

The standard fork method is similar to the scallop method, except instead of a spoon, we will use a fork for this one. Using the prongs, make small dents around the entire edge of the pie crust.

For a more decorative look, place the prongs of the fork parallel. But at a 45-degree angle to the right and a 45-degree angle on the left on the same spot. Repeat it until you have covered the entire pie crust edge. The final crimp looks like a tiny crisscross.

For a visual guide, here's a Youtube video for a real-time demonstration:

How Do I Make My Pie Crust Not Stick to the Pan? 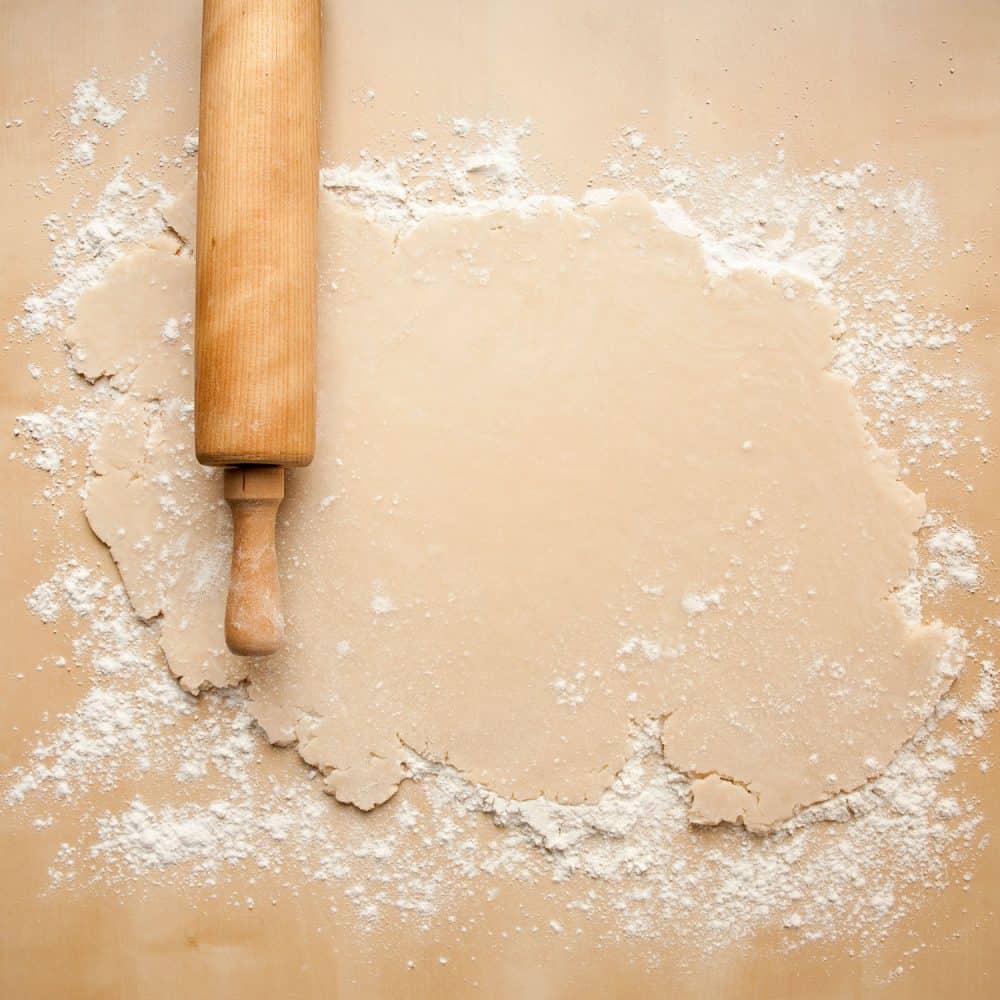 One of the best ways to prevent the pie crust from sticking to the pan is by greasing it before baking. But what if the pie crust still clings to the pan after it baking? In this case, submerge the pie pan in water horizontally for 15 to 20 minutes. The warmth of the water will melt down the butter you applied before baking and will make it easier to remove the pie from the pan.

The best time to do this trick is right before serving the pie. If you submerge the pie pan hours earlier and then leave the pie, there are chances that the pie crust will stick to the pan again.

How To Prevent the Gap in a Pie Crust?

Are you tired of your pie crust towering over the shrunken filling after baking? We all have been there. If you want to prevent this error from happening in the future, use the following tips.

Putting the pie dough in the pie pan is one of the most tedious steps in baking a pie. One wrong move can result in a cracked crust. However, with some research and techniques, you can make the perfect pie for your guests! Without further ado, go out and make the adjustments you need!

Before you go, do you have other pie concerns? Do you need alternatives for a pie dish? We have some suggestions! Check out our post here for more information.

Additionally, do you need more information on buttering a pie dish? If so, check out our post here. Until next time!

How Long Can Cheese Last In The Freezer?

Do Onion Rings Have Egg In Them? [The Answer Might Surprise You!]

Should You Cook Halloumi Cheese? [And How To!]