Are you in the market for a kitchen remodel? Knowing how tall a kitchen island is could get you started in the right direction for new kitchen configurations. We have researched all about the average height and size of kitchen islands as well as what will suit your kitchen best.

Kitchen islands are typically 3 feet tall. On average, the countertop piece is 80 x 40 inches. For a smaller kitchen, the kitchen island should be closer to 40 x 40 inches. Although the standard height is 36 inches, it may be raised to 42 inches if it is going to be used for dining. 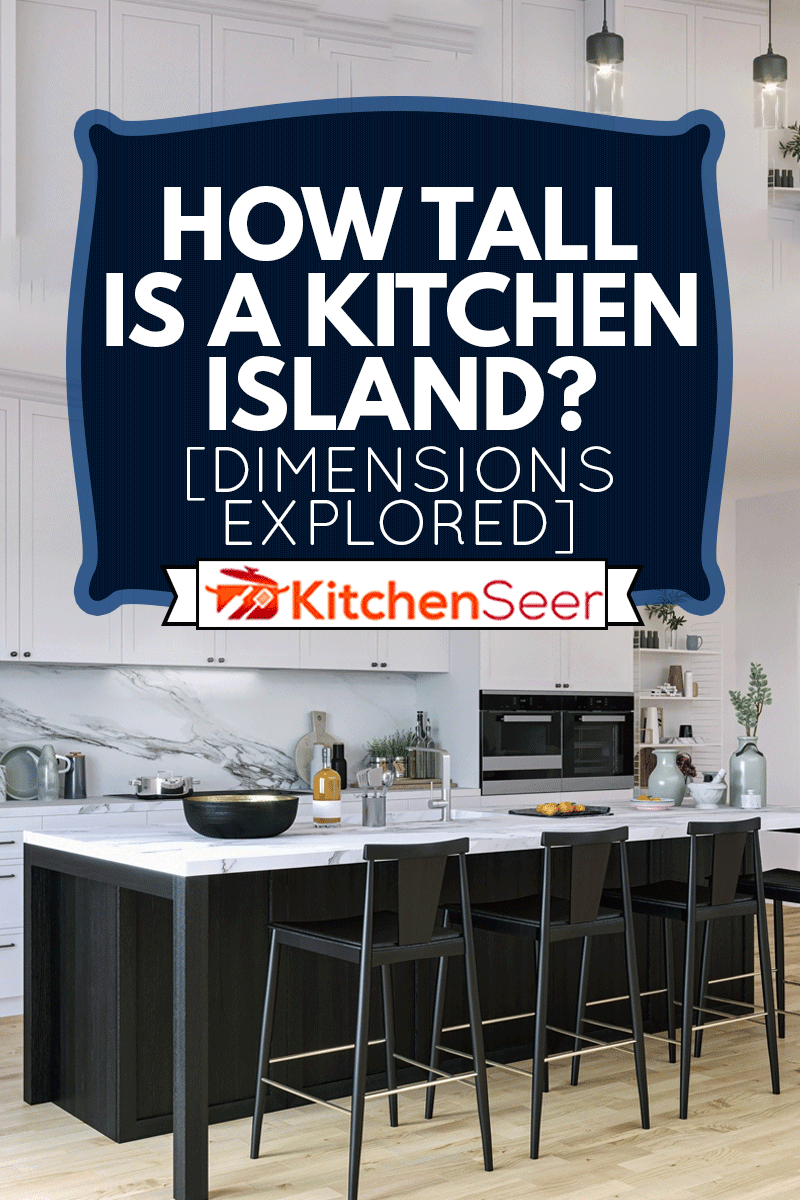 Why Have A Kitchen Island

Kitchen islands are usually about three feet tall because this height allows for dining or entertainment. They are useful for giving you an additional counter space to prepare meals, too.

Should A Kitchen Island Be The Same Height As The Counter?

How Much Overhang Should A Kitchen Island Have?

In order to have an adequate amount of space for your knees, twelve inches of overhang is recommended. If the overhang is more than twelve inches, it will need to be supported. This is so that it is strong enough to lean on and eat off. The overhand should not exceed one-third of the total width of your countertop.

A standard countertop only extends about one and a half inches. A kitchen island can have more of an overhang for style purposes or convenience. An L-shaped overhang is another option we will explore later.

Does A Kitchen Island Have To Be Attached To The Floor?

Your kitchen island does not necessarily have to be attached to the floor. If you have a small kitchen, you may want your kitchen island to be secured so that it does not move if someone leans on it or pushes against it. This happens more commonly in smaller spaces.

How Long Should A Kitchen Island Be For 3 Stools?

When it comes to a kitchen island that you would like to set up three stools for, you will need for it to be considerably longer than normal. A regular kitchen island is usually about six and a half feet long. As for one where you want to set up three stools, eight feet is a better approximation. The rule of thumb is to allow between twenty-eight and thirty inches per seat.

Typically, kitchen islands are two feet deep, but if you want to have a sink built into yours, you may want to consider about forty-two inches. If your kitchen is big enough, a forty-two-inch depth will give you enough space to use it for whatever you want or need. Without adequate space for seating, you can potentially use an L-shaped overhang with support for two stools on one side of your kitchen island.

Give Your Kitchen Island Enough Space

These dimensions vary depending on the size of your kitchen. If you have a smaller kitchen, such as 103 square feet, then you probably will not have enough space for a kitchen island. This is the average size of a kitchen within an apartment or condo.

For smaller kitchens, you can still have a kitchen island. You will probably not want one larger than 40 x 40 inches. This will give you enough space to utilize your kitchen island as a place to prep food or dine without taking up all of the available space in your kitchen.

Placement of Your Kitchen Island

Where you should place your kitchen island varies based on what you will primarily be using it for. Some people like for their kitchen island to be centered, but it does not have to be. A kitchen island that is designed for food prep should be placed near appliances and outlets. Kitchen islands that are designated more for cleanup should be close to your dishwasher and trash can. 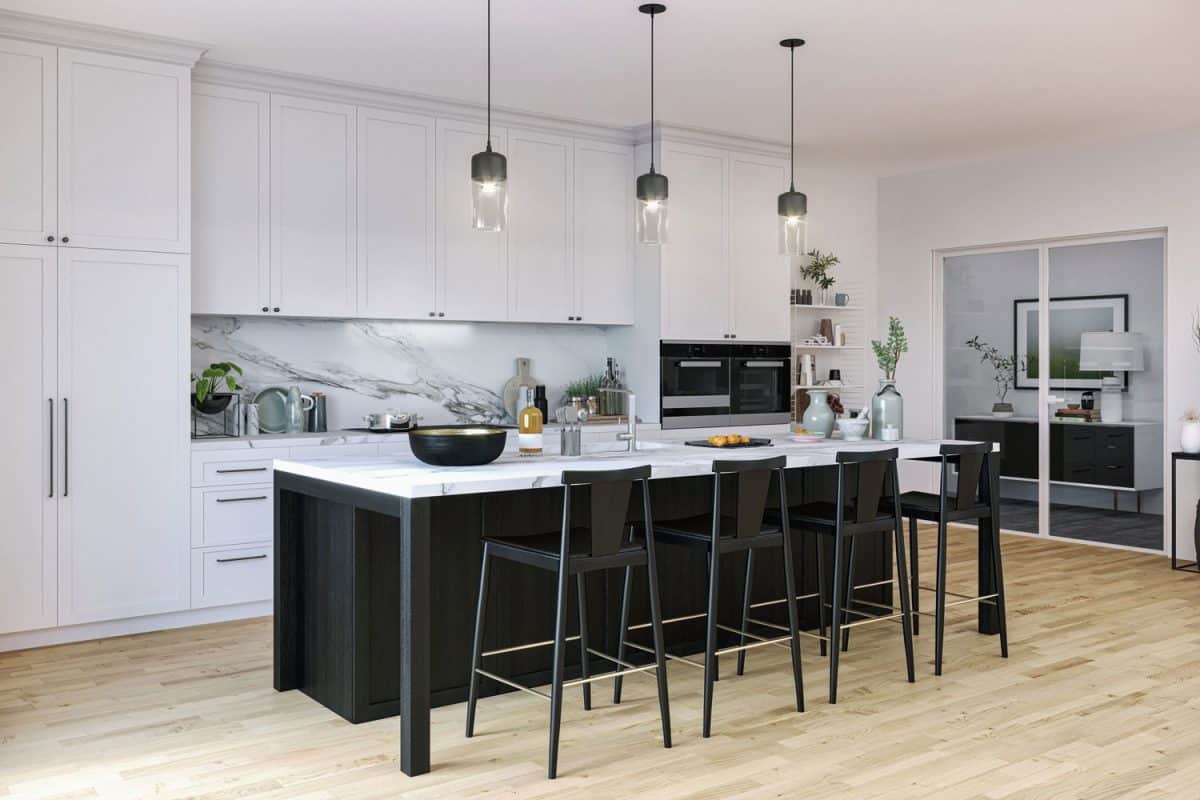 Before you go, check out the following links about kitchen islands and kitchen designs:

Should Kitchen Cabinets Reach The Ceiling?

What Color Light Is Best For The Kitchen?

How To Clean A Microwave’s Grease Filter

How Long Does A Keurig Last?

How Many Watts Do You Need For A Good Blender?