Keurig coffee contains between 75 and 150 milligrams of caffeine per cup but usually falls on the lower end of this range. Keurig coffee machines only put hot water in contact with coffee grounds for seconds rather than minutes. This lower extraction rate results in a weaker cup of coffee in flavor and caffeine content.

Now that you know Keurig coffee is weaker than other methods, you probably have more questions. You are wondering how to make Keurig coffee stronger. You might also wonder which K-cup flavor is the strongest in flavor or caffeine content. This post will tell you which K-cup has the least amount of caffeine while answering all of your Keurig coffee related questions. Keep reading to get all of the information you need. 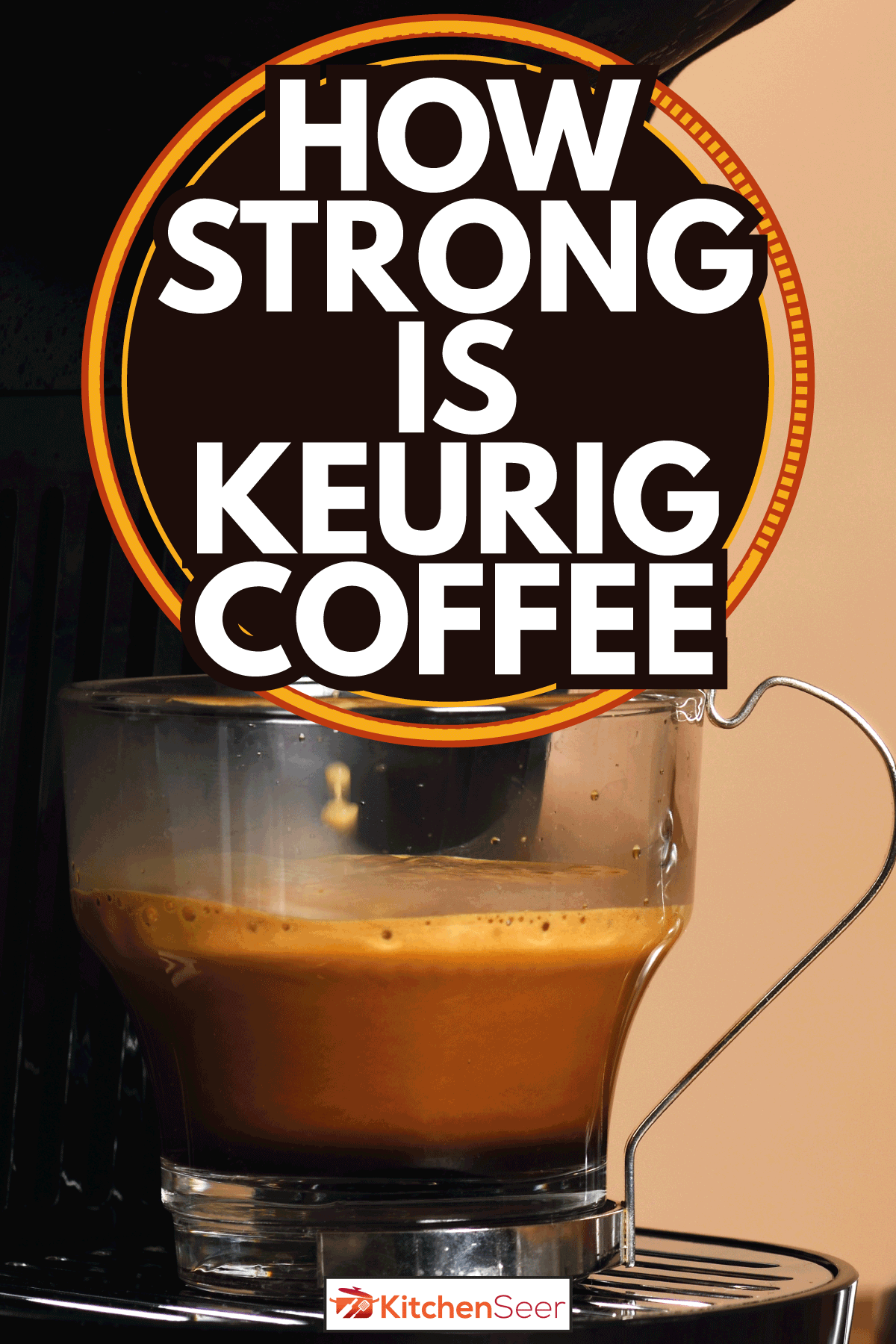 How Strong Is Keurig Coffee? 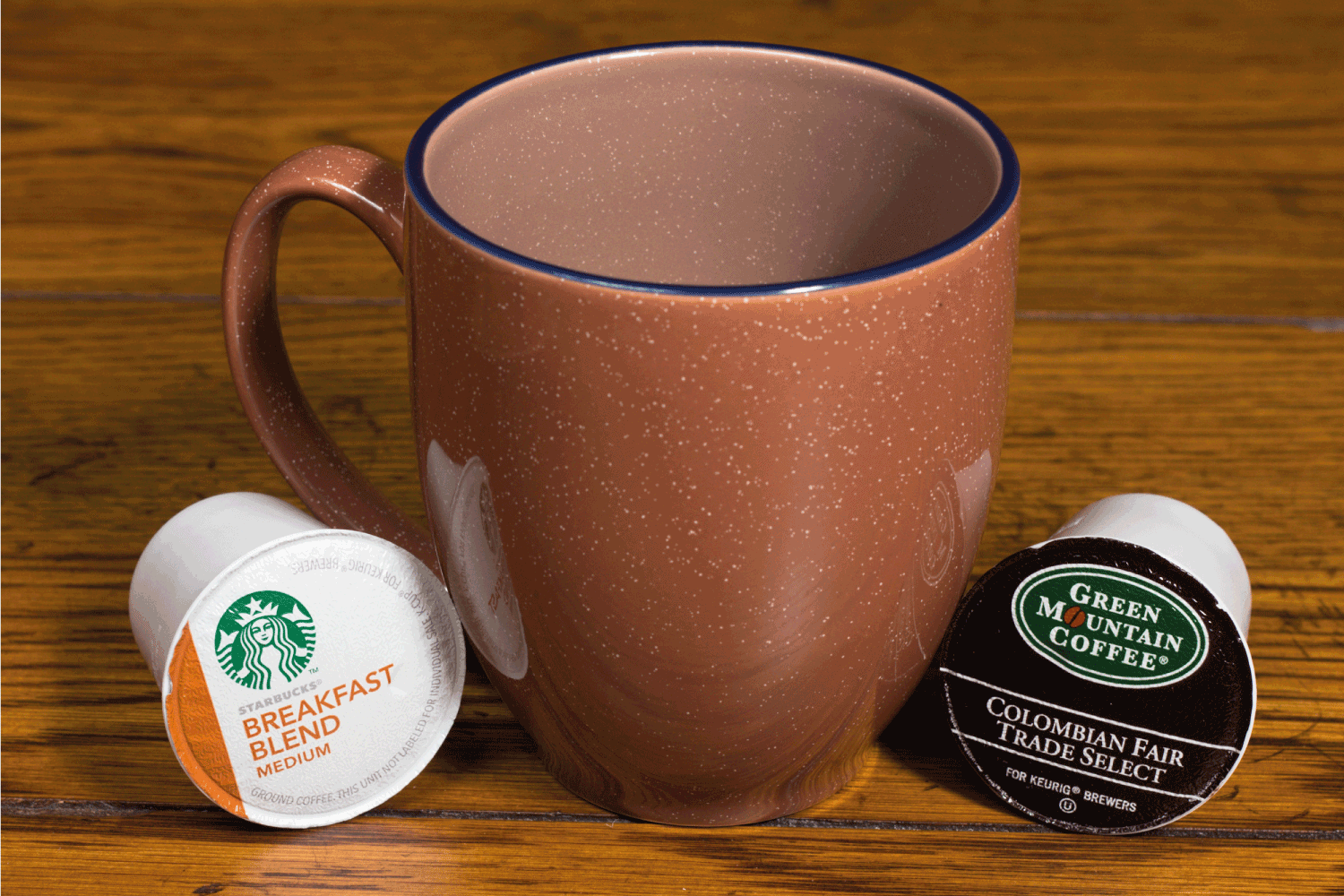 When making drip coffee or French press coffee, you must scoop one to two tablespoons of coffee grounds per six to eight ounces of water. A K-cup contains about two tablespoons of grounds, which would be equal to the recommended amount of grounds for a strong cup of coffee. The quick brewing time results in a lower extraction rate and a weaker cup of coffee. If you used the same amount of coffee grounds in a drip coffee maker or French press, then the resulting coffee would not be too weak.

When shopping for coffee beans or K-cups, you will have to choose between different roasts. Dark roasted beans will produce stronger and bolder flavors than light or medium roasts. It is a misconception that dark roasts are higher in caffeine content. The longer roasting process does slightly reduce the amount of caffeine, but the difference is negligible. 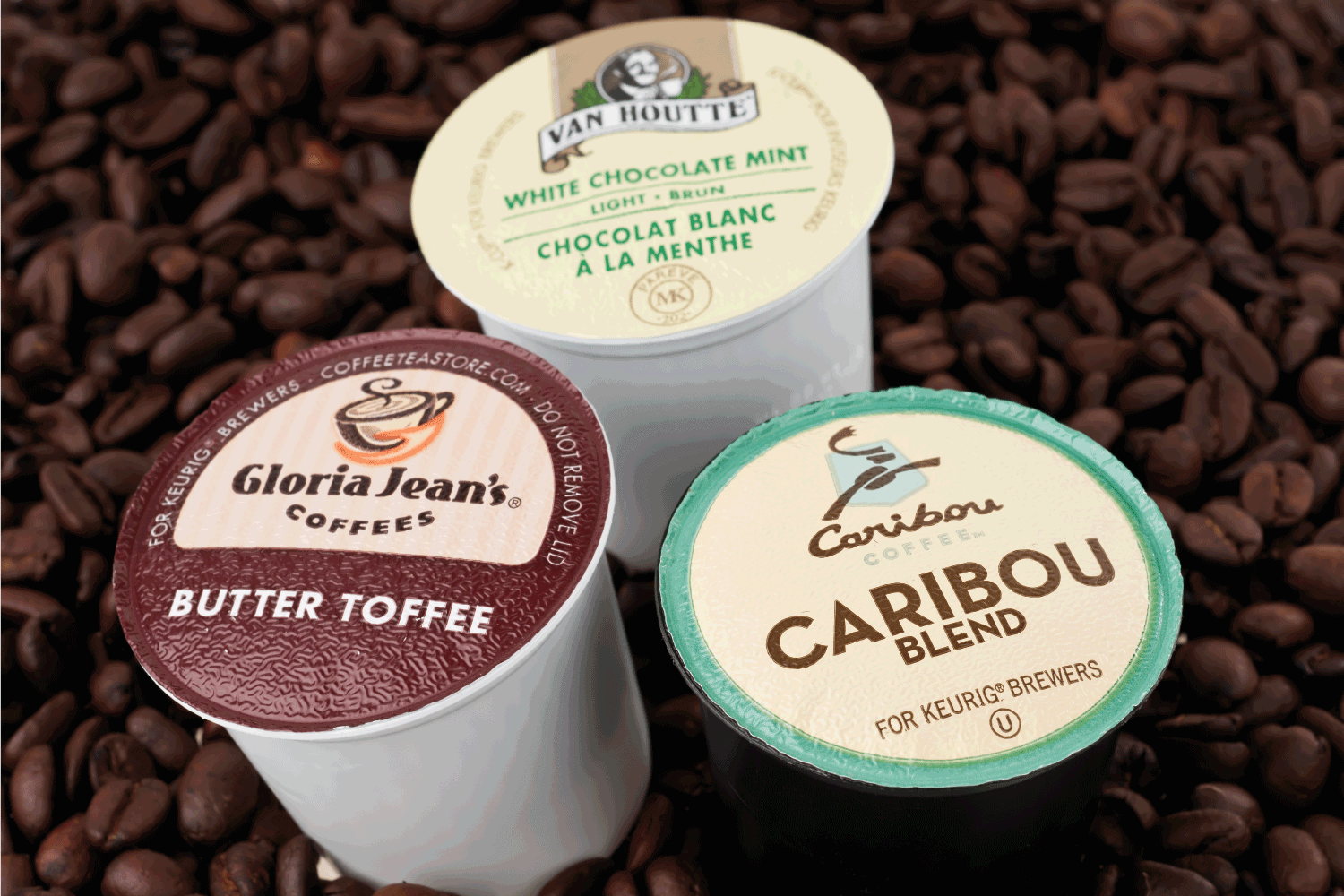 A finer grind will result in higher extraction and a stronger cup of coffee. K-cups use slightly coarser grounds, such as you would use for a French press. A drip coffee machine uses slightly finer grounds than French press and K-cups. You can put finer ground coffee into reusable K-cups to get a better extraction rate, but it will likely result in some floating grounds in your coffee.

How Do I Make My Keurig Coffee Stronger?

There are two key ways to make your Keurig coffee stronger. The easiest and most efficient way is to get reusable pods and fill them with your own ground coffee. This allows you to put more grounds than the amount in pre-packaged K-cups.

The second way is to run the Keurig machine with four ounces of water for a K-cup. If you want an eight-ounce cup, you can run the machine twice and use two K-cups to make one strong cup of coffee.

For more information about making your Keurig coffee taste stronger, check out this post: Keurig Tastes Watered Down – What To Do?

How Much Coffee Is In A K-Cup?

If you are considering reusing K-cups multiple times, check out this post to learn more: How Many Times Can You Use A K-Cup?

What Is The Strongest K-Cup Coffee?

Death Wish Coffee Co. is the strongest coffee made for Keurig machines. It contains 59 milligrams of caffeine per fluid ounce, which is four times the caffeine content of a typical cup of coffee. This is very strong coffee for a serious caffeine kick when you need it the most. If this is too extreme for you, there are some other strong coffee options without the major caffeine content.

Wake The Hell Up coffee pods contain about twice the amount of caffeine compared to the average K-cup. They are a good choice for a strong cup of coffee without going to the extreme with Death Wish Coffee Co. You can always adjust the water to K-cup ratio to make the coffee weaker or stronger.

Wake The Hell Up Coffee Pods

Click here to buy Wake The Hell Up Coffee Pods from Amazon.

Extra bold K-cups contain 30 percent more grounds and caffeine compared to other K-cups. These are a good choice if you just want a stronger cup than a typical K-cup will provide. These cups may be more similar in strength to a typical cup of coffee if you use six to eight ounces of water when brewing.

Which K-Cup Has The Least Caffeine?

If you are looking for coffee that has a strong flavor without added caffeine, then half-caff K-cups are the choice. Any half-caff K-cup will contain the same amount of coffee grounds and flavor profile as traditional K-cups, but with half the caffeine. You may still wish to use one K-cup per four ounces of water to make this taste strong without feeling jittery.

Keurig K-cup coffee can have half the amount of caffeine as a typical cup of coffee from a drip machine or French press. Keurig coffee can also taste watery because there is less hot water extraction time.

You can purchase stronger flavored or high-caffeine K-cups. You can also get reusable K-cups and add up to three tablespoons of grounds to get the strongest cup of coffee from your machine. The final option is to use one K-cup to brew just four ounces of coffee.

For more information about Keurig machines and K-cup coffee, check out these posts:

11 Types Of Keurigs To Know

How Long Does A Keurig Last?

How Long Do You Knead Bread Dough In A KitchenAid?