All of these tasty dishes use about the same amount of pumpkin spice. However, exactly how much spice you use in each recipe can be based on your preferences. Each dish requires around 2 teaspoons of pumpkin spice in the batter.

Even though these treats use around 2 teaspoons of pumpkin spice, you can personalize a dish based on how strongly you'd like that pumpkin spice flavor to shine through. Also, other ingredients listed may influence how much spice you actually need. 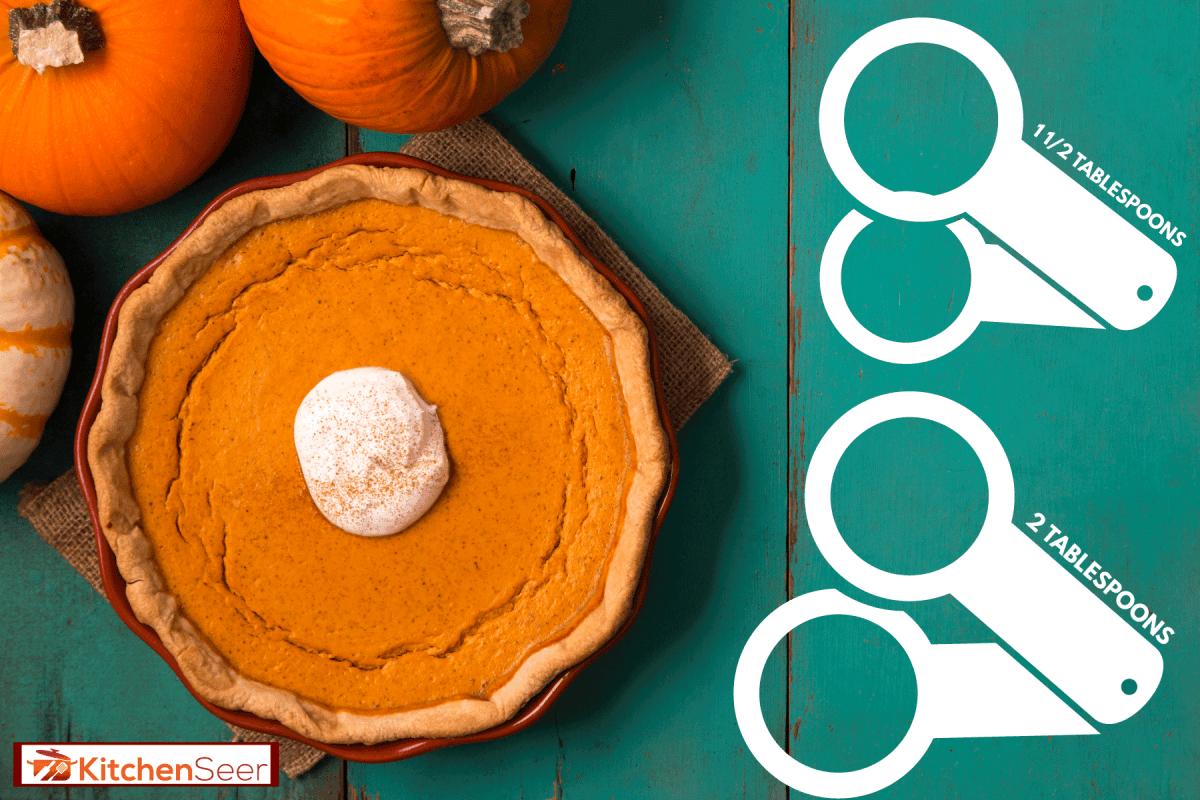 How Did Pumpkin Spice Become So Popular?

Though pumpkin pie has been around for hundreds of years, pumpkin spice did not become a hugely popular flavor until the 1990s.

Pumpkin spice flavored foods and beverages started to gain attention because of companies putting the flavor into their coffee. Pumpkin spice lattes and coffee creamers began hitting the shelves, and many people fell in love with the combination.

After the introduction of pumpkin spice coffee, the popularity grew ,even more, when Starbucks came out with their pumpkin spice latte in 2003.

Since then, pumpkin spice popularity has continued to increase, and you will find products in many candies, cookies, and other dessert items.

Most recipes for pumpkin cake call for 1 and a half to 2 teaspoons of pumpkin spice. However, some recipes need as much as 1 tablespoon!

The variation might be because of other ingredients with very strong flavors, which demands more pumpkin spice, so it is noticeable in the dish. 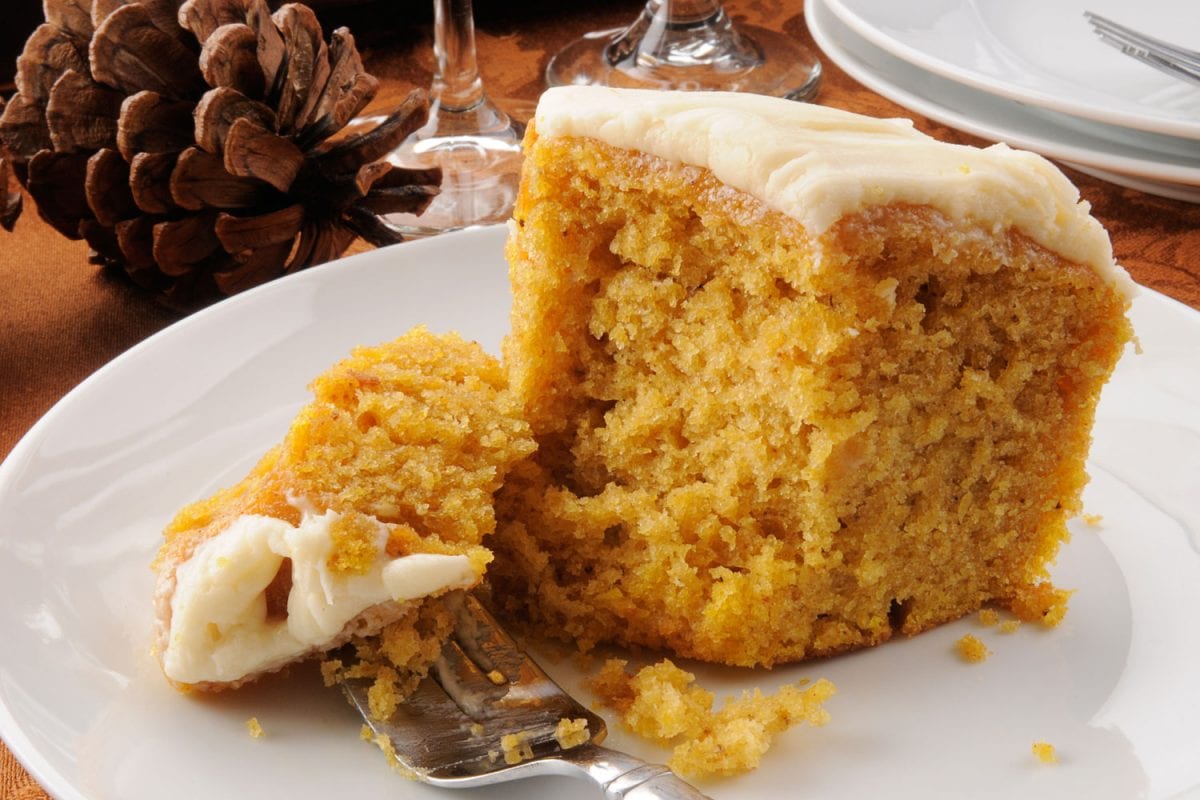 Ultimately, how much pumpkin spice you need is already determined by the recipe you choose. And, each one varies slightly from others.

However, it's possible the amount of pumpkin spice needed may not give a cake a strong enough pumpkin flavor. When the flavor profile doesn't match your preference, you can easily add more pumpkin spice.

When determining how much pumpkin spice to use in your cake, consider what type of cake you are making. Certain types of cakes, such as poke cake tend to more light and airy.

They would likely require smaller amounts of spices to avoid an overpowering taste and to get the pumpkin flavor just right.

Denser cakes, like Bundt cakes, however, would most likely need more pumpkin spice for the flavor to come through in a thicker mixture.

Pumpkin pies are a common dish when discussing pumpkin flavored treats. Recipes for this Thanksgiving favorite are easy to find, and most have extremely similar ingredient lists.

The recommended amount of pumpkin spice for the perfect pumpkin pie is around 2 teaspoons. Although, some people love this dessert so much, they increase the amount of spice to 1 tablespoon for a much stronger pumpkin spice flavor. 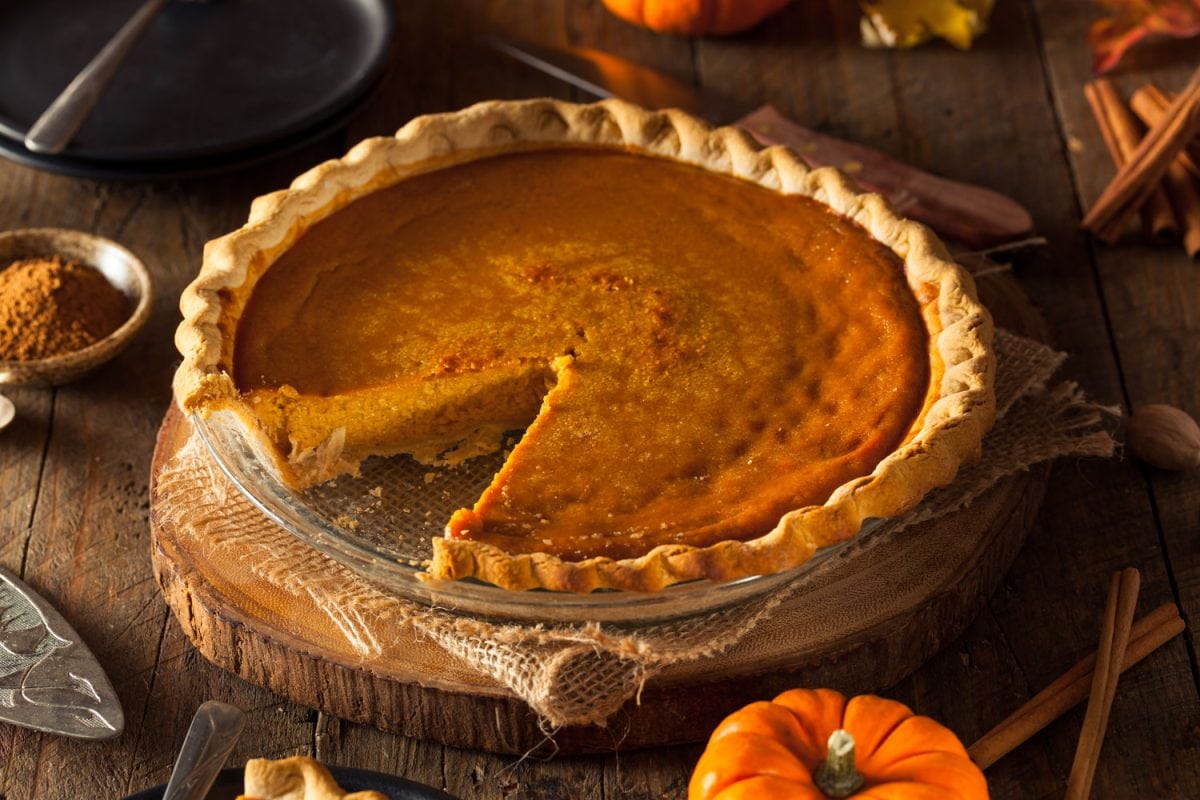 Depending on your preferences for this holiday classic, use the recommended 2 teaspoons or a maximum of 1 tablespoon until you get the exact pumpkin flavor you desire.

A Spin On A Classic

Another thing to consider when baking a pumpkin pie is whether you are going for a traditional pie, or are trying a new variation to change things up.

Many recipes online add other flavors to this classic pie such as hazelnut, maple, pecan, and chocolate.

When adding a little more flavor to a classic breakfast food like pancakes, 2 teaspoons of pumpkin spice should be plenty to make them an autumn favorite.

Many recipes for pumpkin spice pancakes exist, and most of them recommend adding 2 teaspoons to your batter. 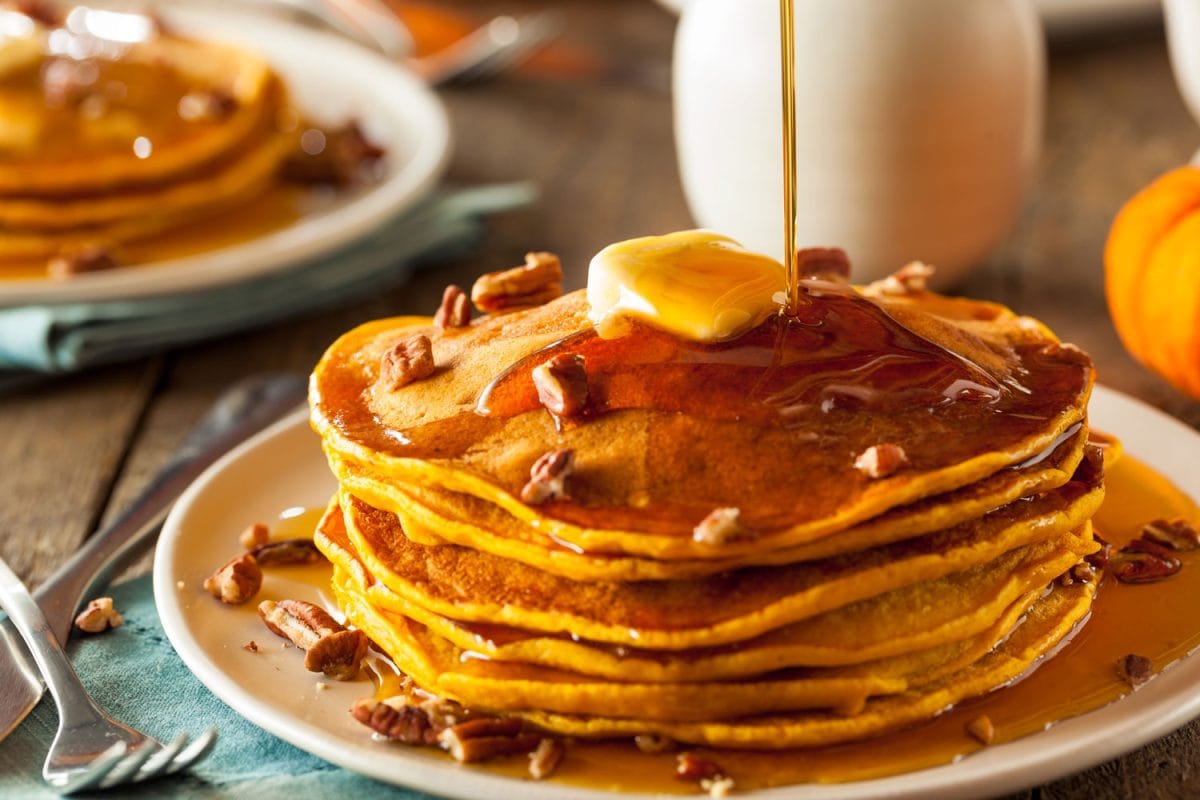 Depending on how many pancakes you want to make, or how strong you prefer your pumpkin spice flavor, add more spice to the batter to suit your preference.

For a large batch of pancakes, you would likely need to add more pumpkin spice, besides the other ingredients listed. If you need extra help to get pancake batter just right, check out this post.

Some recipes online for pumpkin spice pancakes also include tasty topping ideas to compliment your pancakes.

When using a more flavorful topping such as caramel or cream cheese, it may be a good idea to increase the amount of pumpkin spice so it doesn't get overpowered by these additional flavors.

What Tastes Good with Pumpkin Spice?

Some of the most popular include:

These flavors and add-ons all pair very well with pumpkin spice. And, because they also complement one another, you can add more than one to your pumpkin spice dessert to make it extra unique and delicious.

Is Pumpkin Puree The Same As Canned Pumpkin? 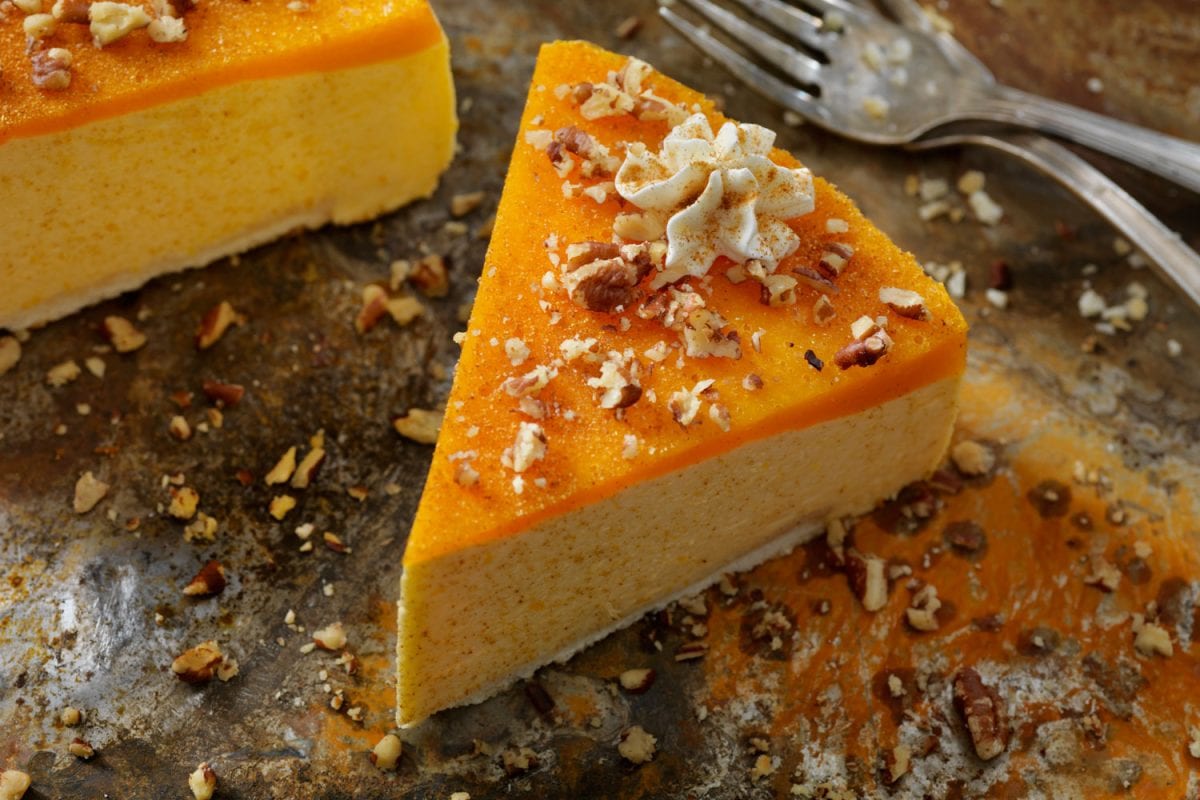 It's worth noting when looking through recipes for pumpkin cake, pie, or pancakes that many of them call for actual pumpkin rather than pumpkin spice flavoring.

You'll want to understand what a recipe is calling for when it lists pumpkin puree or canned pumpkin. It may be a little confusing to know what type you actually need for the recipe.

Pumpkin puree is the same thing as canned pumpkin. If you would rather use something fresh instead of canned, get your own pumpkin and prep it yourself.

However, carving pumpkins are not suitable for cooking and may not wield the best results.

If prepping a fresh pumpkin sounds like the better option for a recipe, you need to know which type of pumpkin to get. Baking pumpkins, or pie pumpkins, differ from carving pumpkins in several ways.

Consider the insides of the pumpkin. Carving pumpkins have their outside carved. So, they grow with less pumpkin flesh inside to make the carving process easier.

When baking, the insides of a pumpkin go your batter. So, baking pumpkins will have much more to offer inside than the carving variety.

Also, without cutting the pumpkin open, you can tell the difference between the two by the color. Pie pumpkins are usually a much darker orange than carving pumpkins.

How Is Pumpkin Spice Made? 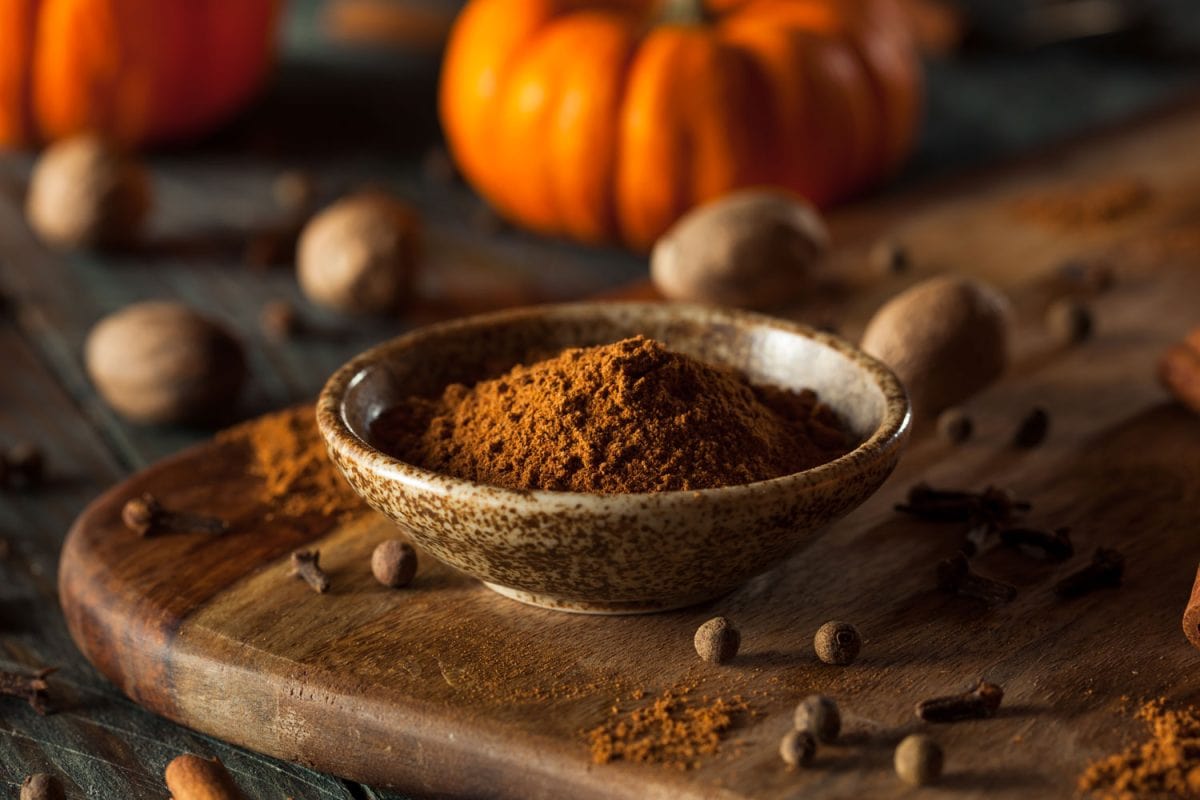 The good news about pumpkin spice is that you can either buy it already made, or you can make some yourself.

The exact combination of ingredients needed to make pumpkin spice is relatively easy. And, many of these spices are common, so they are probably already in your spice collection.

Here's an easy recipe for pumpkin spice to try.

Once these spices are thoroughly mixed, pour it into a spice jar. You will have a wonderful pumpkin spice mixture that will last quite a while.

What Is a Substitute For Pumpkin Spice?

If you cannot make your own pumpkin spice or don't have any of the pre-made mix, there are a few substitute spices you can use in your pumpkin desserts instead.

The best thing to use instead of pumpkin spice is apple pie spice. The ingredients needed to make this spice mix are almost identical to pumpkin spice. You can easily use this mix as a substitute and not be able to tell the difference.

Since it is the dominant spice for pumpkin spice, it works well enough on its own as an alternative and still provides that familiar pumpkin spice taste. 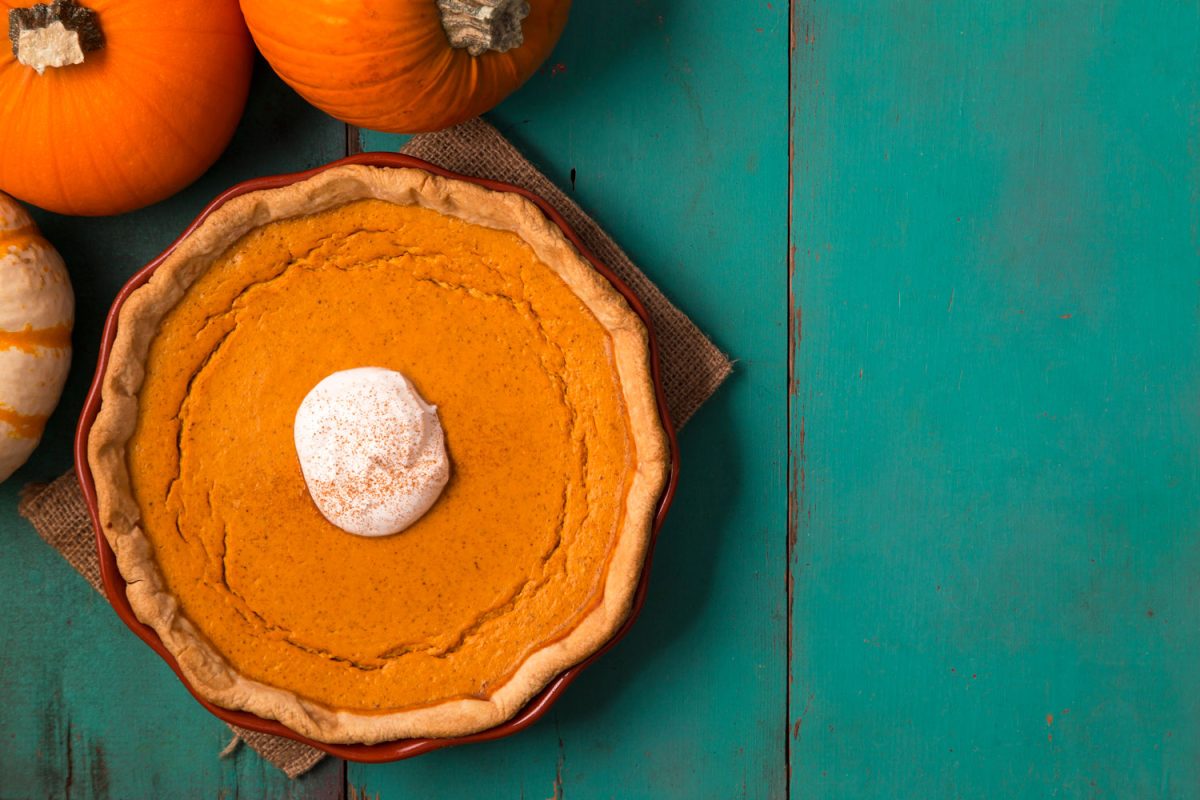 When making a pumpkin cake, pie, or pancakes, adding 2 teaspoons of pumpkin spice is usually the perfect amount. You would only need to use over 2 teaspoons if you're making a large batch, working with a thick batter, or prefer a stronger pumpkin spice flavor.

Also, keep in mind whether you are incorporating other flavors into your desserts. Flavors like chocolate, cream cheese, and maple syrup may go really well with pumpkin spice, but could overpower your recipe unless you add more spice. Happy baking!

Can You Grate Garlic?

Can You Grind Salt In A Coffee Grinder Or Food Processor?

Fresh Basil Leaves Turning Black – What To Do?