The Instant Pot has revolutionized the food preparation process. Instant Pots can cook almost anything, including your pasta dishes. But how long do you cook pasta in an Instant Pot? We did the research to bring you the answer.

The general rule is to cook your pasta half the time it would typically take to cook it on the stovetop. So, if a recipe says to cook the pasta for 10 minutes on the stove, you would cook it for 5 minutes in an Instant Pot. Each type of pasta will have slightly different cooking times, so it's essential to read the labels on your pasta to get an accurate idea of how long to cook it. 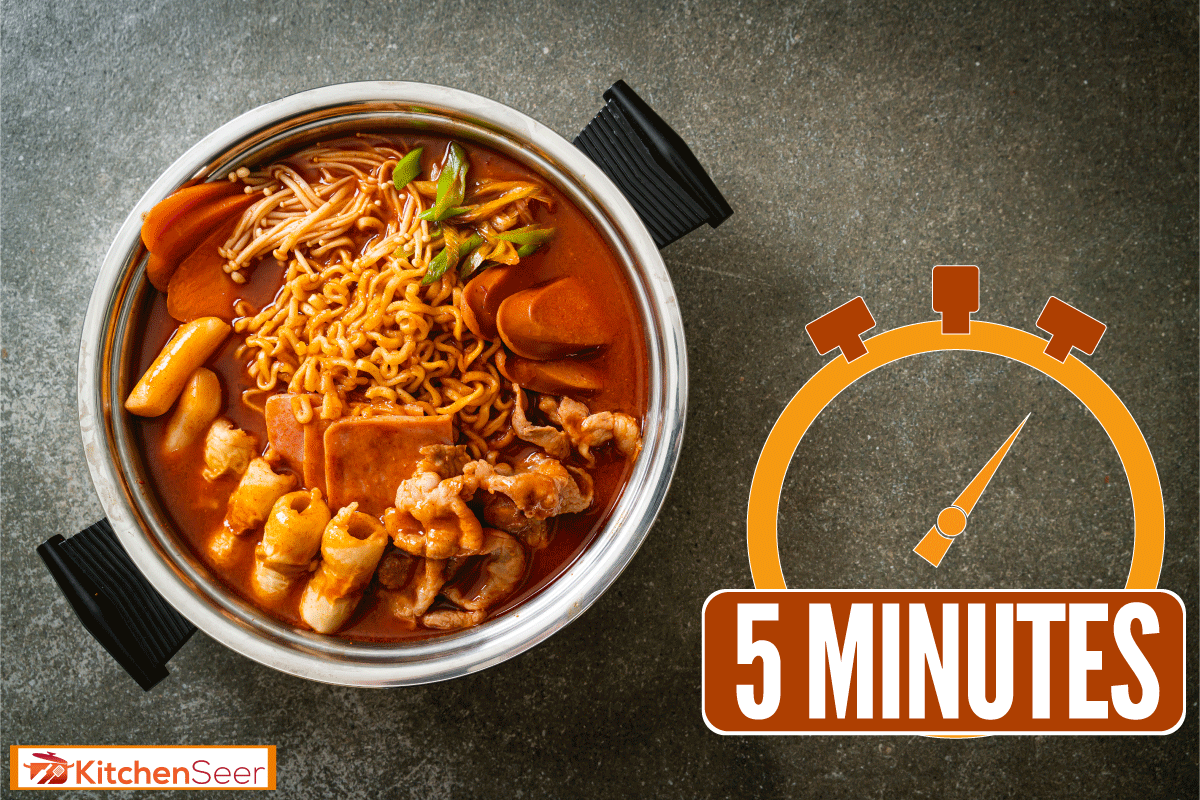 How To Make Pasta In An Instant Pot

This is part of why cooking pasta in an Instant Pot differs from cooking it on the stove. When you cook pasta on the stove, the water boils, and the pasta cooks in hot water.

In an Instant Pot, the pasta is cooked under pressure, not in boiling water. Thus, the temperature inside is actually higher than boiling water, and the cooking time is shorter.

In the case that the pasta box cook time has a range, round to the even number. For example, if the cooking time says 11-13 minutes, cook the pasta for 12 minutes.

Sometimes, you may want to subtract a minute or two after cutting the cooking time in half. This is because the pasta will continue to cook even after you release the pressure from the Instant Pot. 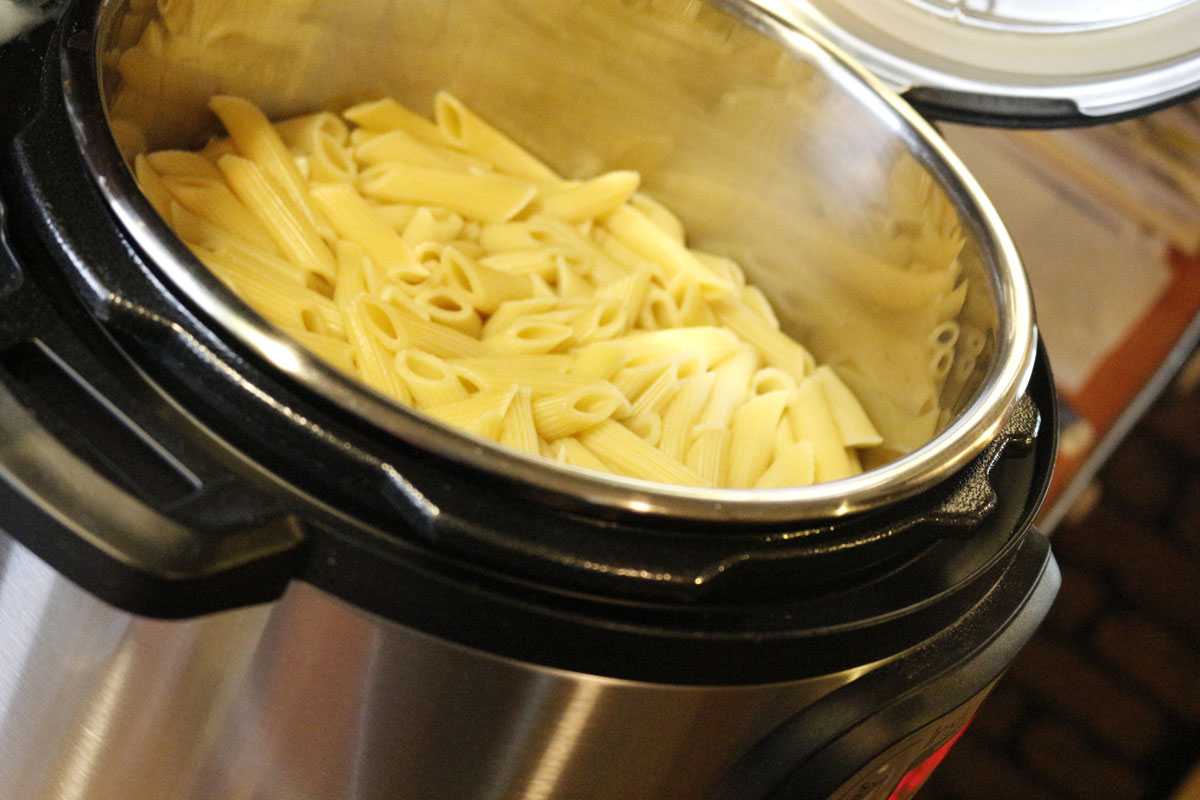 Should I Use An Instant Pot For Pasta?

The speed is the main benefit of using an Instant Pot for cooking pasta. You can have a delicious pasta dish on the table in a fraction of the time it would normally take.

However, getting the cooking time right may take some trial and error. It's important to keep an eye on your pasta while it's cooking and to release the pressure as soon as the timer goes off. Otherwise, your pasta may overcook.

Another benefit is that you don't need to drain the water after cooking your pasta. This can save you some time and effort, especially if you're making a large batch of pasta.

The reason being is that the pasta absorbs the water as it cooks, so there is no need to drain it. Instead, just stir the pasta to make sure all the pieces are cooked evenly, and you're good to go.

You can also cook other ingredients with your pasta in the Instant Pot. This can be a great time saver if you're making a one-pot pasta dish. Just add the other ingredients to the pot before cooking the pasta, and they will cook along with it.

Just be sure to check the cooking times for each ingredient to make sure everything is cooked through.

What Type Of Pasta Can I Cook In An Instant Pot?

You can cook almost any type of pasta in an Instant Pot. This includes long, short, dried, or fresh pasta. Just be sure to check the pasta package's cooking time to ensure you don't overcook it.

Remember, no pasta is the same, so cook times will vary. Always check the box for the standard cook time and then apply the calculation for cooking pasta in an Instant Pot.

If you're cooking a large batch of pasta, you may need to cook it in batches. This is because the pot can only hold so much pasta at once. Just be sure to add more water if you're cooking multiple batches.

What's The Difference Between A Pressure Cooker And An Instant Pot?

An Instant Pot is a type of pressure cooker that has other functions. For example, it can be used as a slow cooker, yogurt maker, rice cooker, steamer, and more.

A pressure cooker actually has a higher PSI (pounds per square inch) rating than an Instant Pot. This means it can reach a higher pressure, which can lead to faster cooking times.

However, pressure cookers aren't as safe as Instant Pots. They don't have as many safety features, so there's a greater chance of them exploding. For this reason, we recommend using an Instant Pot for cooking pasta instead of a pressure cooker.

Is It Worth Buying An Instant Pot?

From cooking pasta to making yogurt, you can make many things in an Instant Pot. If you're someone who loves to cook and experiment in the kitchen, then we think an Instant Pot is definitely worth the investment.

Not only will it save you time but it can also help you create some delicious dishes that you may not be able to make otherwise. An Instant Pot can be a lifesaver for people with a busy lifestyle. It can help you get a healthy meal on the table in a fraction of the time it would normally take.

Also, if you are new to cooking, an Instant Pot can help you make some great meals without a lot of hassle. 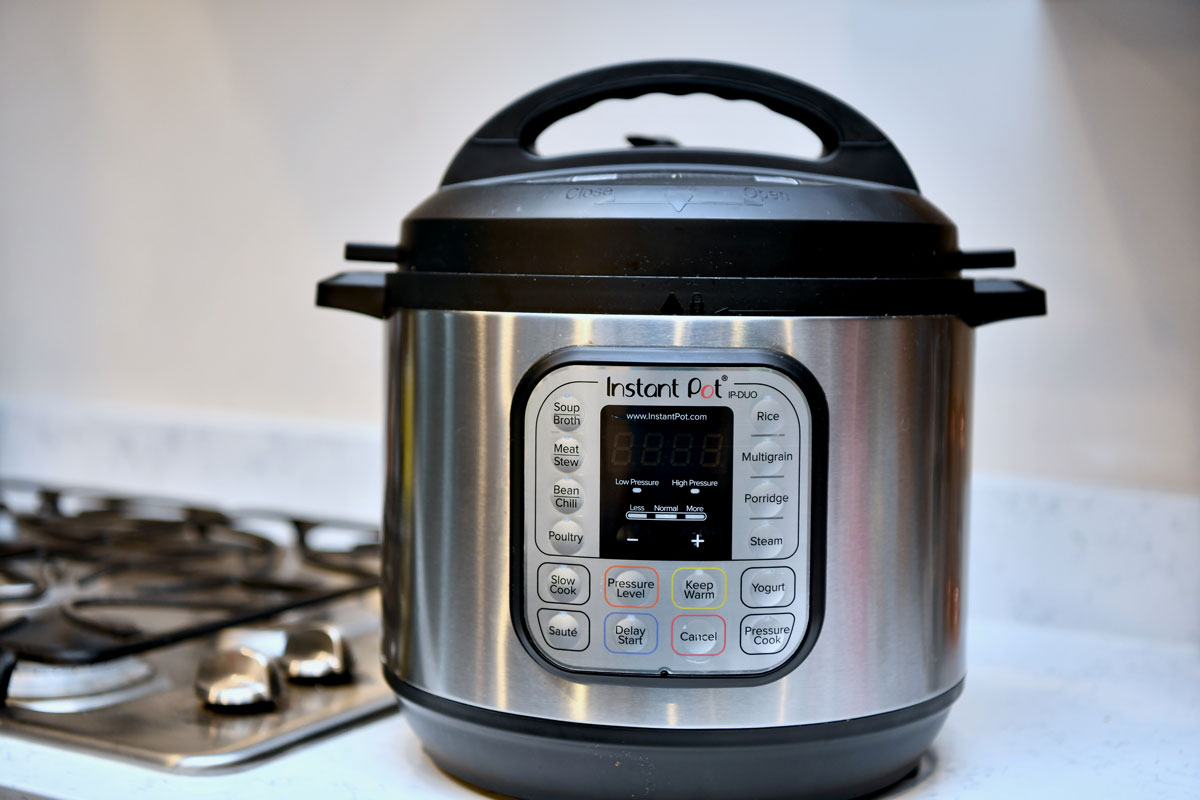 What Can You Not Cook In An Instant Pot?

Also, you don't want to put a nice steak in an Instant Pot. The high pressure and steam will ruin the steak and make it tough. Steaks are cooked to preferred doneness, so it's best to stick to grilling or pan-frying for these.

This also goes for burgers. You may be tempted to cook a frozen burger in your Instant Pot, but we don't recommend it. The burger will come out dry, overcooked, and not very appetizing.

There are some other things that won't yield the texture or flavor you're looking for when cooked in an Instant Pot. One of them is bread because you won't get that nice, crispy crust.

Does An Instant Pot Have An Air Fryer?

There are some Instant Pots that come with an air fryer attachment. This is a great feature because it gives you the ability to cook food in an Instant Pot and then crisp it up with the air fryer.

If your Instant Pot doesn't have this attachment, you can still use an air fryer. Just cook the food in the Instant Pot and then transfer it to the air fryer for a few minutes to crisp it up. 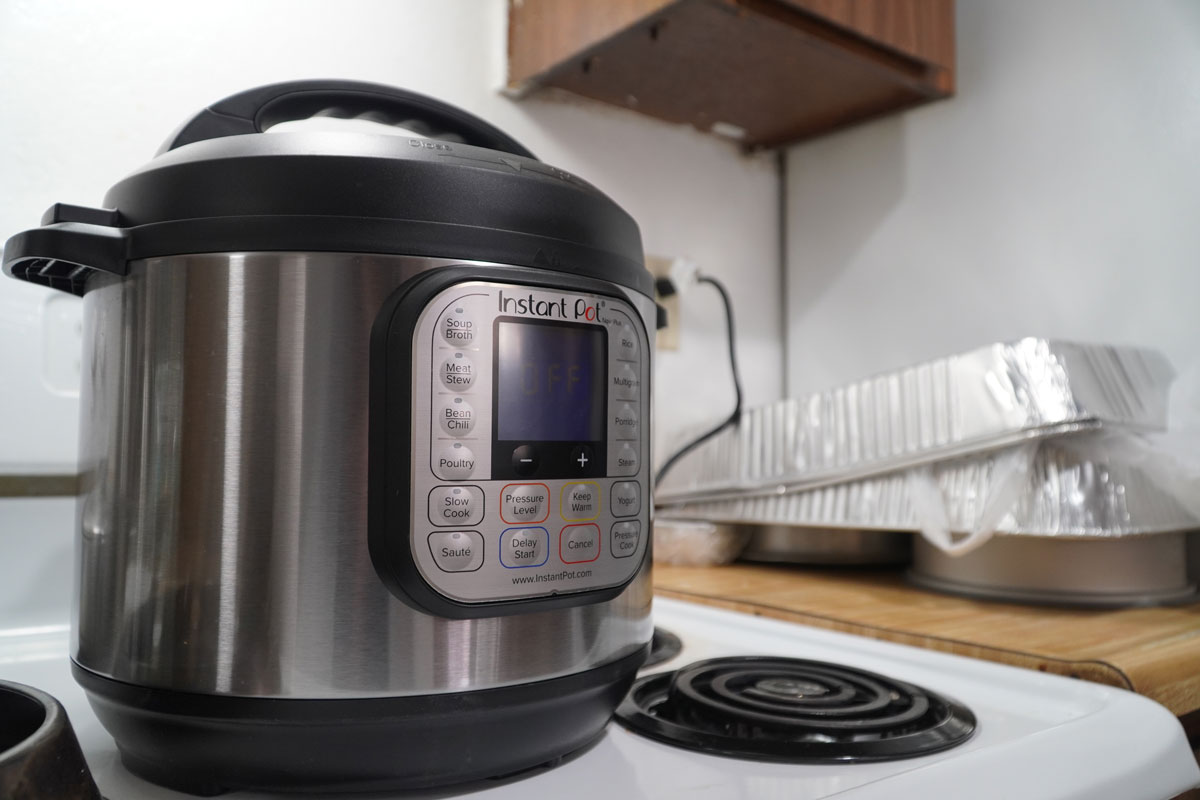 What Are The Disadvantages Of An Instant Pot?

While there are several advantages to using an Instant Pot, there are also some disadvantages. Let's take a look at a few of them.

An Instant Pot can be quite expensive depending on the model you choose. Some of the more advanced models can cost over $200. This is a lot of money to spend on a kitchen appliance, especially if you're only going to use it for one or two things.

However, you can find some for under $100 if you're on a budget.

Another downside to using an Instant Pot is that you can't check on the progress of your food. You can lift the lid with a regular pot or pan to see how things are cooking. But with an Instant Pot, you have to wait until the timer goes off before you can open it up.

This can be frustrating if you're trying to cook something and you're not sure if it's done or not. With that, you won't be able to add seasoning or other ingredients until the timer goes off.

Since Instant Pots cut the cooking time down significantly, there is definitely a learning curve to using one.

It takes some time to get used to the different settings and how long to cook food. You can easily overcook or undercook your food if you're not careful. 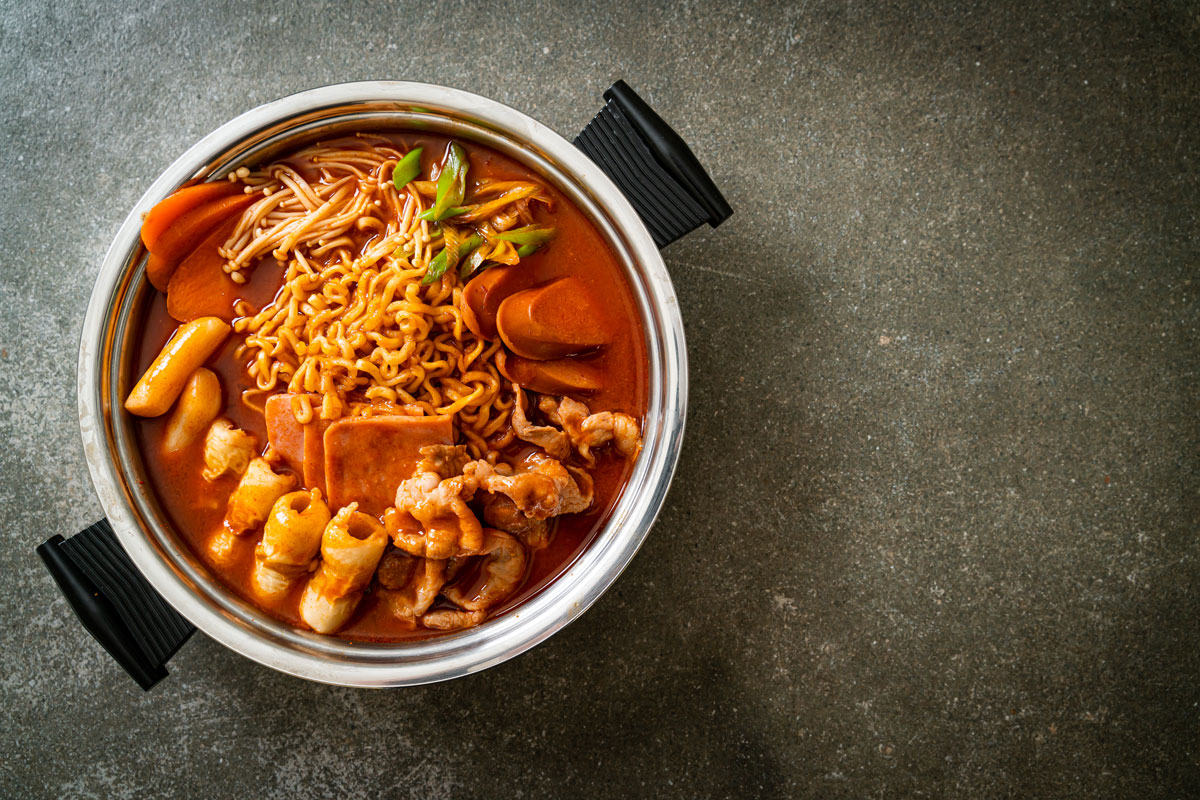 Overall, Instant Pot can save you time in the kitchen, but there is a bit of a learning curve.

If you're willing to invest the time to learn how to use it, then we think it's definitely worth the investment. Just be sure to consider the cost before you make your final decision.

Pressure Cooker Vs Instant Pot: Which To Choose?

Does A Quiche Have To Be Refrigerated?

How Long Does Pizza Dough Last In The Fridge? [Homemade and Store Bought]

What Nuts Do You Crack With A Nutcracker?