Whether you're mashing up some potatoes, preparing that perfect potato salad, or just tossing them with some butter and salt, boiled potatoes are sure to satisfy when properly cooked. But how long should you boil your potatoes? We've studied countless recipes, and here's what we've found.

Size is the most important factor in determining how long your potatoes will need to boil. Put your potatoes in a pot, cover with an inch of cool water, then bring the whole thing to a boil. Once the water is boiling, reduce heat and continue to cook for:

To check your potatoes for doneness, pierce them with a fork or the tip of a knife. If it slides in without much resistance, your potatoes are done!

We've put together some of the best recipes that call for boiled potatoes, as well as some essential tips to get the most from your tubers. Keep on reading to learn all about it! 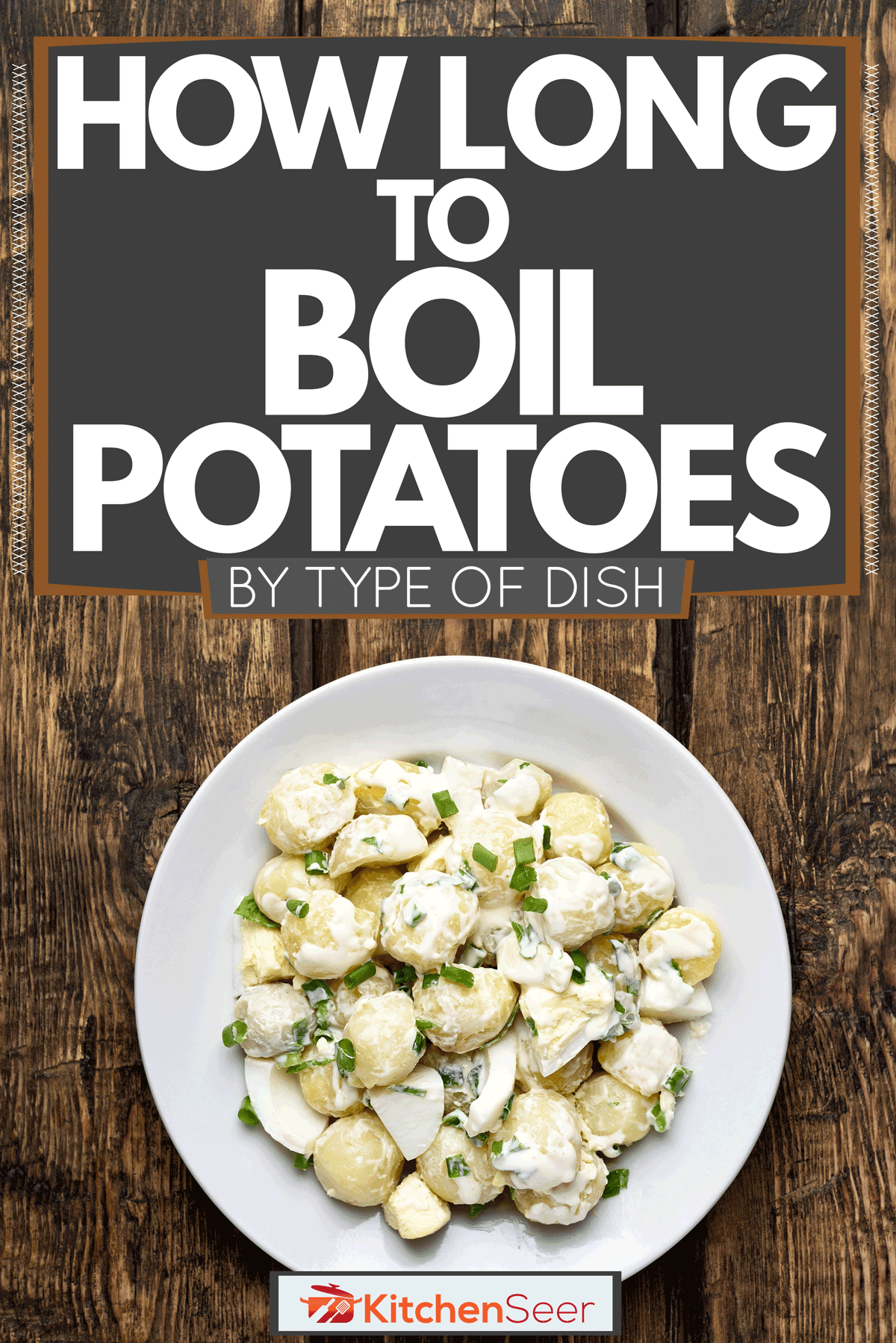 How Long To Boil Potatoes 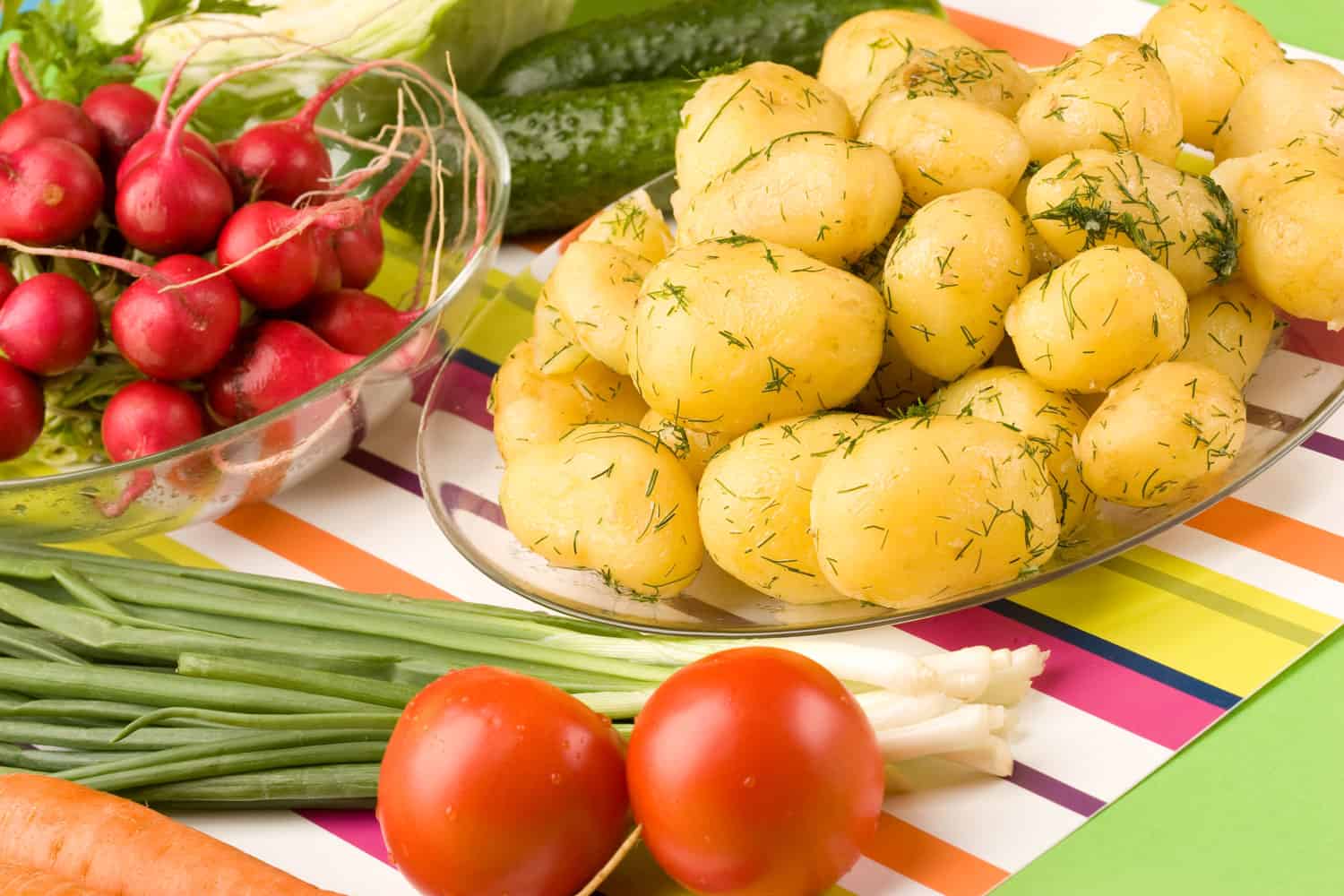 Most potatoes spend a couple of weeks curing before they ending up on your supermarket shelf. This extends their shelf life. New potatoes, also known as baby potatoes, go straight to the market right after harvest.

These small spuds cook the quickest, and they also maintain a nice sweetness compared to some of their larger kin. They can be enjoyed boiled and tossed with some butter or olive oil and herbs, as in this recipe by Martha Stewart. 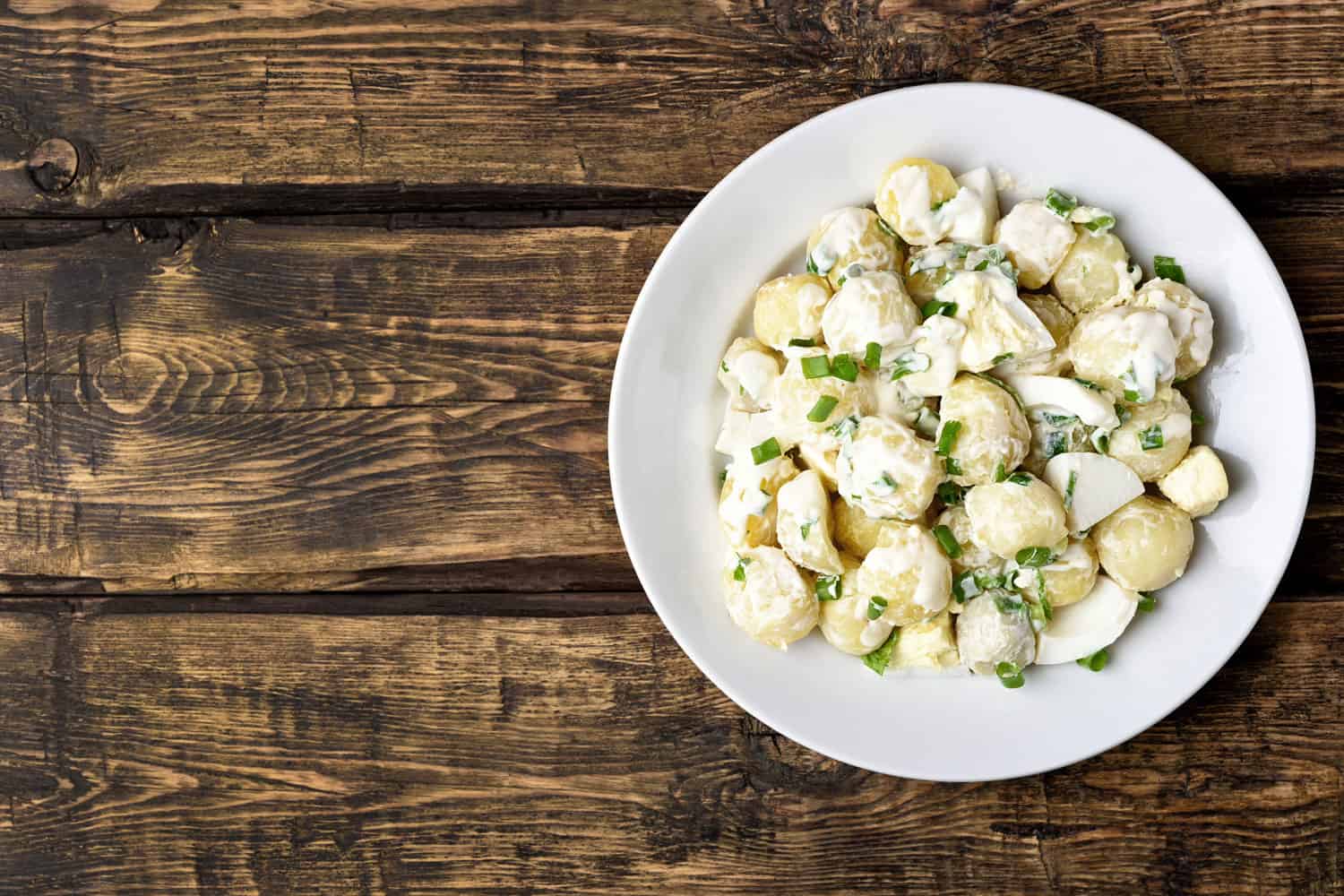 Whether it's for the Fourth of July or a family reunion, potato salad is always a crowd-pleaser. Often cut before boiling, these spuds will need to hold their shape while being tender. You can accomplish this with different potato varieties, but be sure to note which variety your recipe calls for.

This recipe from Cookie and Kate calls for red potatoes to be cut into 1/4 inch slices before being boiled for 5-6 minutes. On the other hand, this recipe from Serious Eats uses russets cut into 3/4 cubes and boiled for 10 minutes. 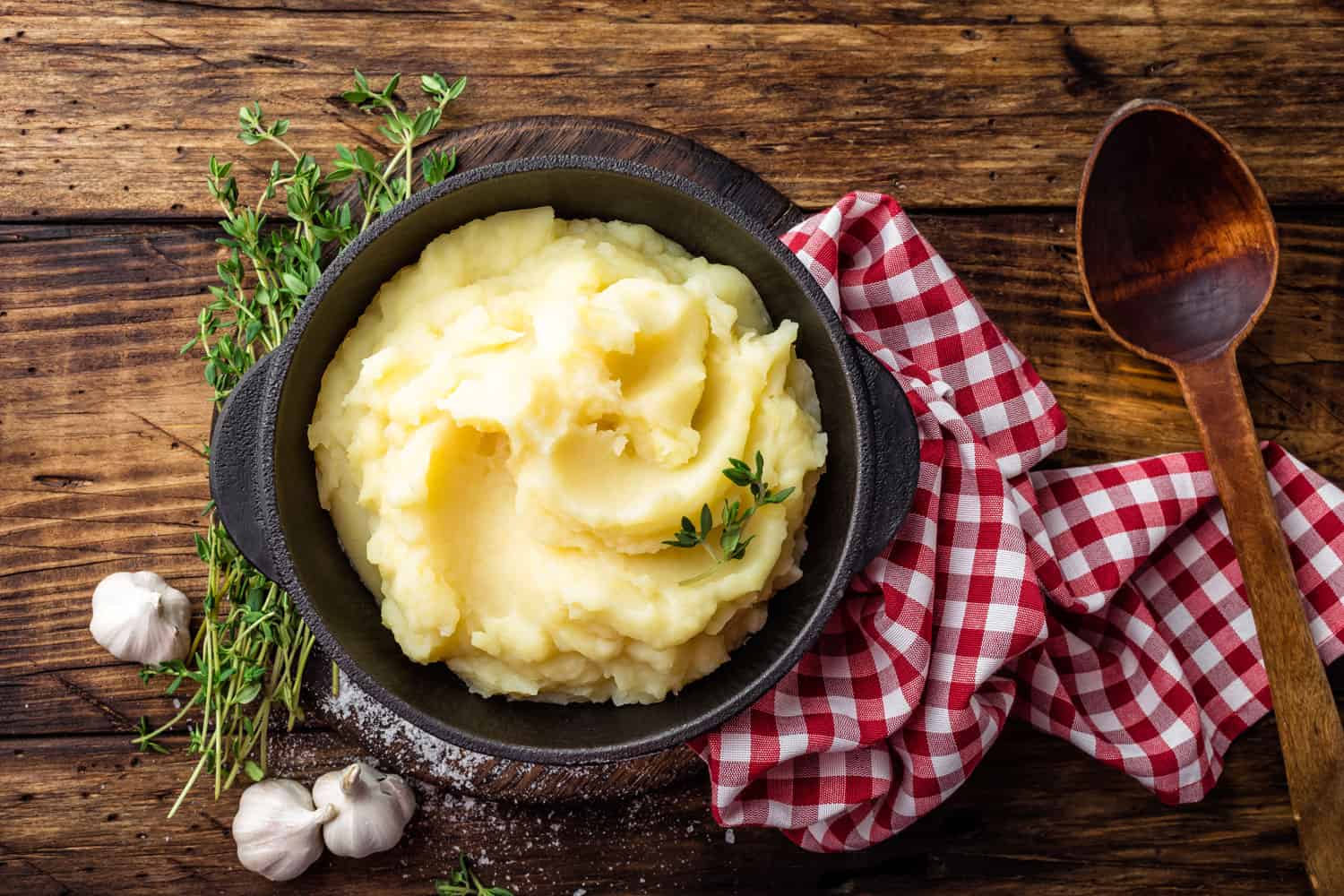 No Thanksgiving spread would be complete without mashed potatoes. Unlike other boiled potatoes, mashed potatoes are also more forgiving when overcooking since they don't need to maintain their shape in the final dish.

When it comes to making mashed potatoes, avoid waxy potatoes like red or new potatoes. Instead, opt for potatoes on the medium to starchy side, like Yukon golds, russets, or a mixture of both, like in this recipe from the NYT Cooking.

Parboiling is boiling the potatoes until they are about 3/4 done before finishing cooking with another method, such as roasting or sauteeing. It's a great way to make sure that potatoes don't dry out or overcook high temperatures in these other preparations.

You can find great advice on dishes that call for parboiled potatoes right here on Kitchen Seer. Check out our article, "How to Properly Saute Potatoes."

If you're looking for something more extravagant than parboiling in water, why not try this recipe for Dauphinoise potatoes from the BBC. Simmer slices of potato in cream, milk, and garlic before baking with gruyere to make the classic French version of scalloped potatoes. The recipe calls for King Edward potatoes, but russets work great if those aren't available in your area. 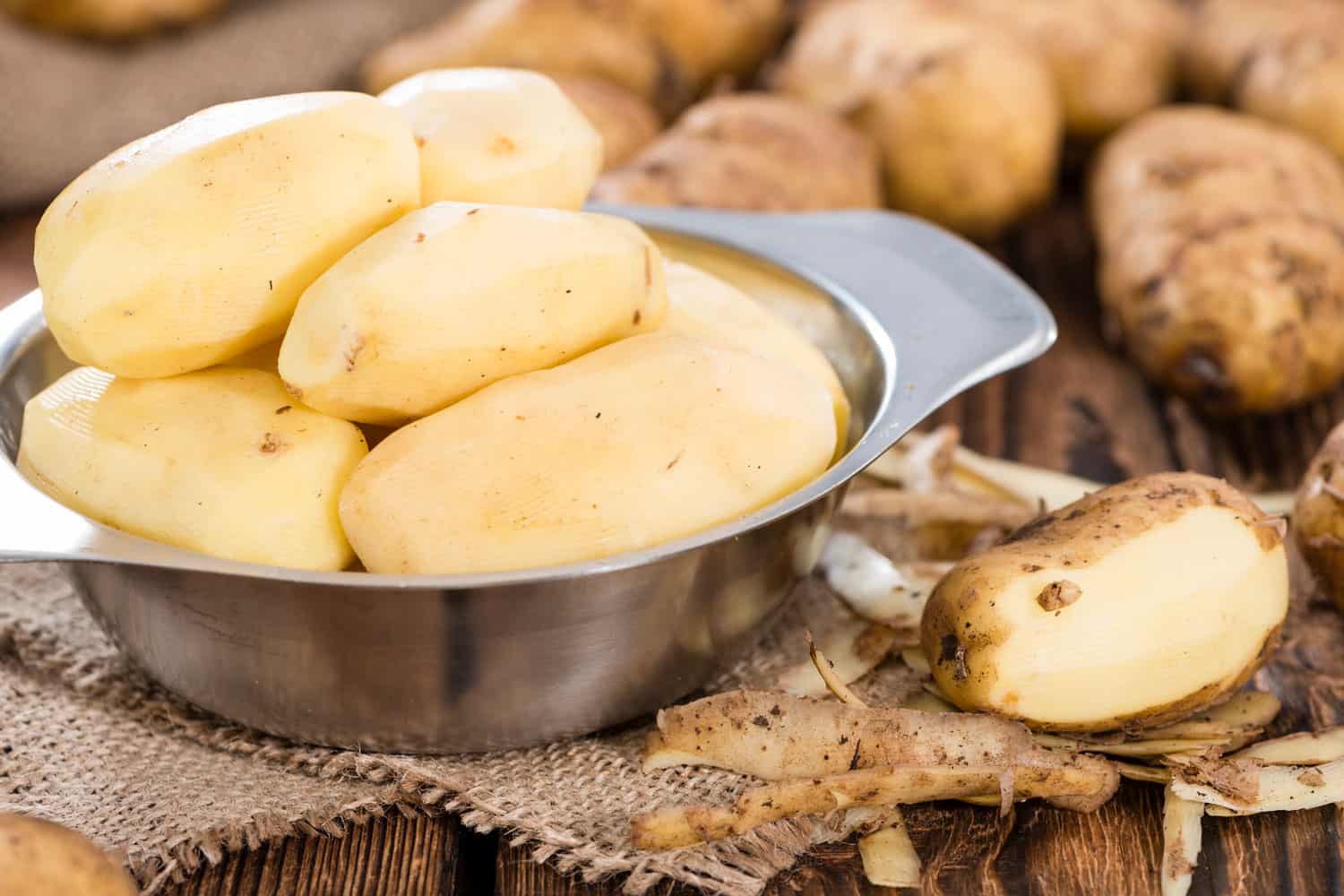 Should you peel potatoes before boiling them?

Potato peels are rich in nutrients and can offer a nice texture contrast in any number of dishes. However, many people prefer their potatoes without them. If you are stripping your spud for a recipe like, potato salad or mashed potatoes, you can peel them before boiling without much worry.

If you are serving boiled potatoes as a side dish, we generally recommend peeling them after boiling.  The peel will reduce the amount of water they absorb as they boil, so keeping it on helps keep your potatoes lighter and maintain their shape, especially for starchy potatoes like russets.

As an extra bonus, the peel will slide off effortlessly after boiling. Just be sure to let it cool first, so you don't burn your hands on hot spuds or steam!

Can you cut potatoes to reduce cooking time?

Much like peeling, cutting up your potatoes before boiling is common when making potato salad or mashed potatoes. It will greatly reduce the cooking time, especially in recipes that call for large potato varieties, like russets.

We don't recommend cutting them when making simple boiled potatoes. They will absorb more water and lose more starch while cooking. The sharp edges and corners on cut potatoes will also cook more quickly than the center, leading to an inconsistent texture.

Still, time is a precious resource, and the perfect shouldn't be the enemy of the good. While boiling takes a heavy toll on starchy potatoes, waxy ones, such as red potatoes or new potatoes, can hold up better to boiling after cutting. 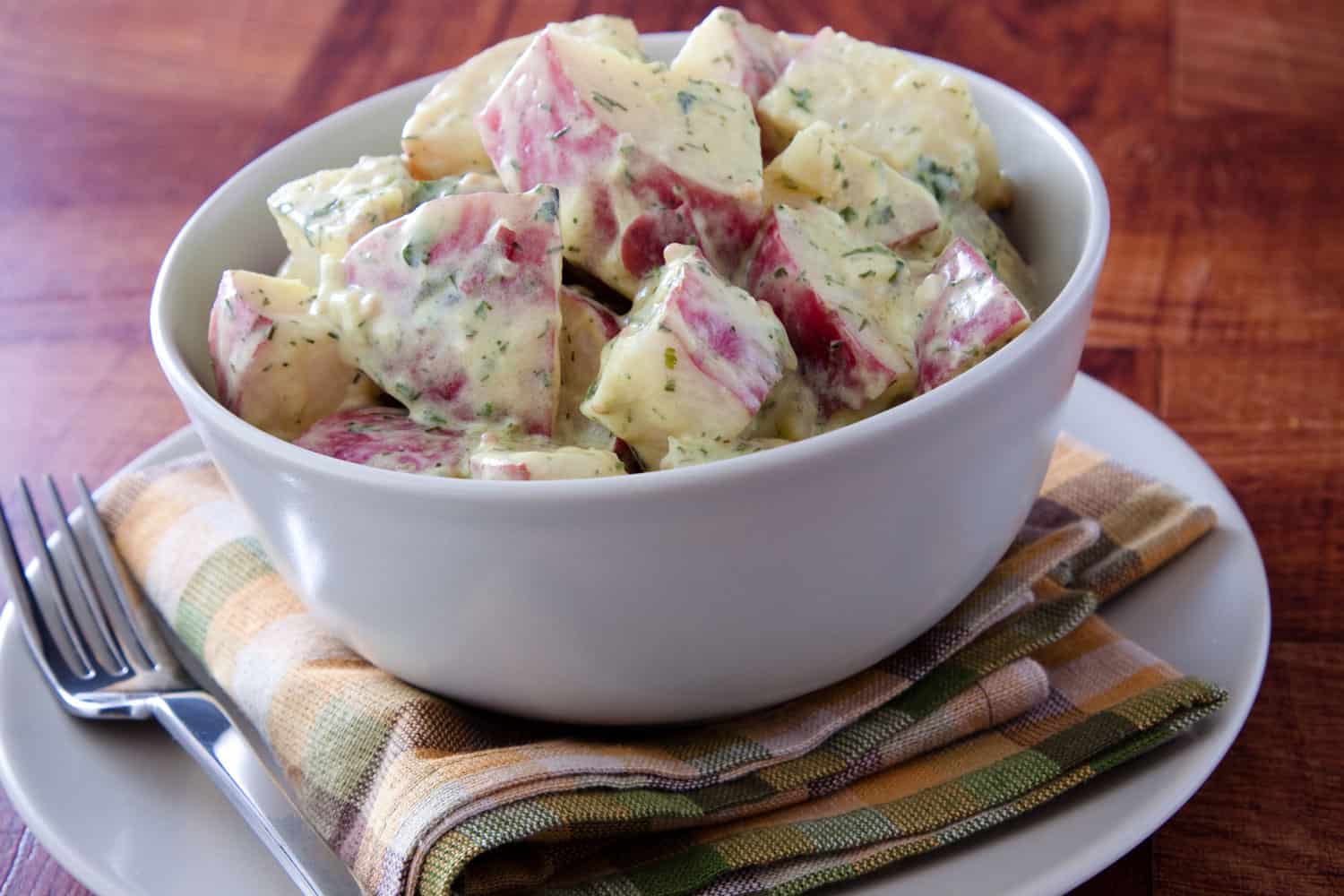 Can you boil potatoes too long?

Undercooked potatoes are a more common foe when it comes to boiled potatoes, whether it's unpleasant al dente potato salad or mashed potatoes that won't quite mash.

That being said, it's certainly possible to boil your potatoes too long as well, even if less common. Nobody wants their potato salad turning into cold mashed potatoes, and overcooked potatoes in a mash tend to get sticky and watery.

To avoid this, check your potatoes regularly with the fork method as they approach the cooking time. Once you can pierce them effortlessly, they're ready.

If your potatoes are still overcooking, J. Kenji Lopez-Alt at Serious Eats has another suggestion: vinegar. A little vinegar in the cooking water (one tablespoon per quart) increases the cooking water's acidity. This will slow the breakdown of pectin in the potatoes.

Why do potatoes fall apart when boiled?

All potatoes are made of starch, which soaks up water and dissolves in it, especially hot water. Waxy potatoes contain less starch and hold up better when boiling, but they will eventually crumble if boiled too long.

If your boiled potatoes are falling apart, you may be cooking them too long. There may be other culprits at work as well, though.

Once your water is boiling, be sure to reduce the temperature. If the water stays at a rolling boil, the outsides of the potatoes will cook too quickly and start to break down. The rough environment created by a rolling boil will batter your potatoes and increase the odds of them falling apart. 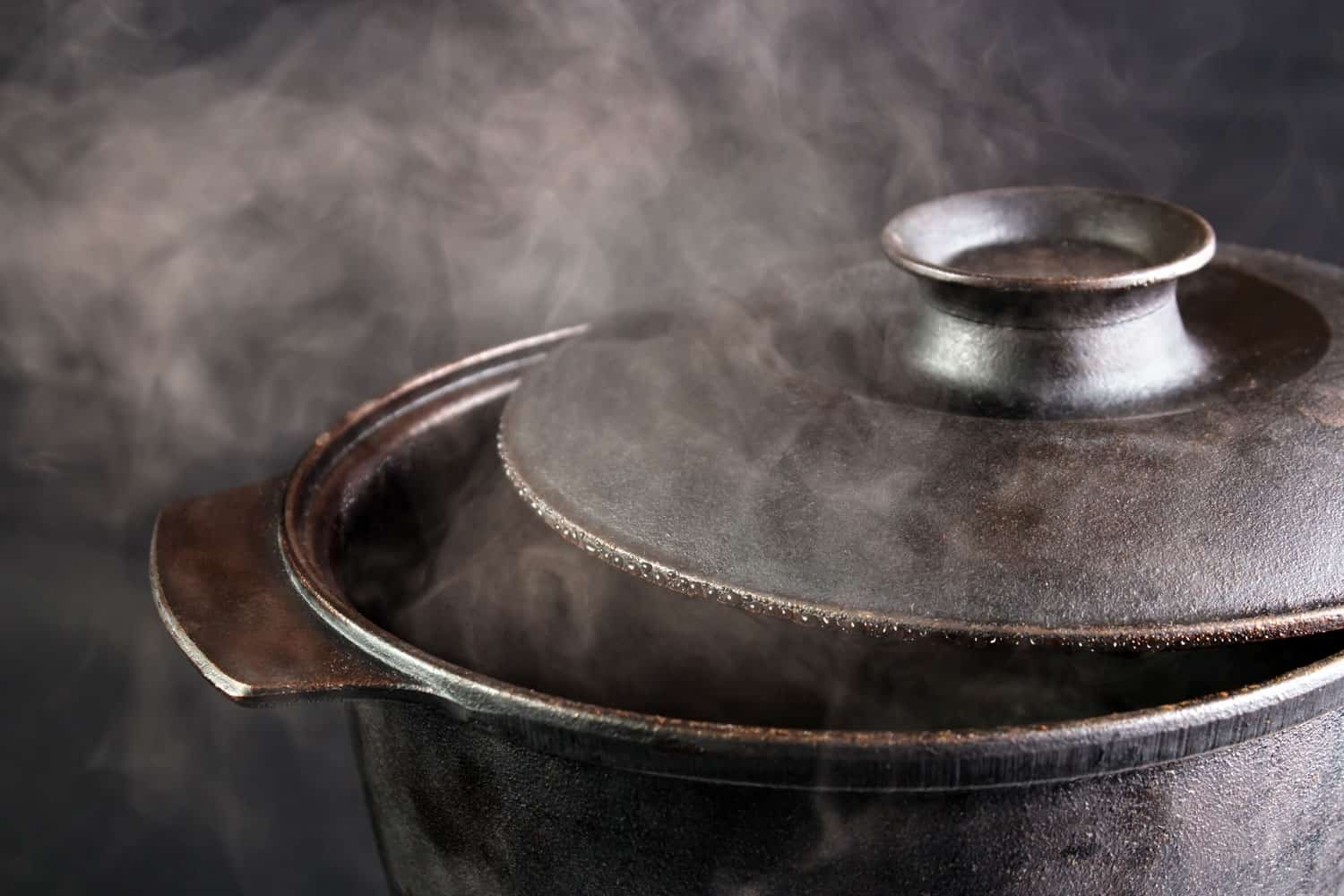 Should you cover potatoes when boiling?

Different recipes make different suggestions when it comes to covering the pot as the potatoes boil. Better Homes and Gardens calls for adding the lid on after your pot reaches a boil, while Kitchn advises that covered pots lead to mushy taters.

In our experience, as long as you're following our general guidelines, the lid doesn't make a large difference. Less heat will escape if you cover your pot, so you can keep the stove at a lower temperature if you're trying to reduce your energy consumption. Otherwise, you're not likely to see any radical differences.

Should you add salt when boiling potatoes?

There are fewer matches finer than that of salt and potato. It's no wonder french fries, and potato chips are some of America's favorite snacks. Just like their fried counterparts, you can't fully bring boiled potatoes to life without proper seasoning.

Just like when you make past, try salting the water when boiling potatoes. It is a great way to make sure the salt permeates the whole potato instead of just coating the surface. Like Molly Baz over at Bon Appetit, some chefs call for a full cup of kosher salt for 3 quarts of water!

Even if you don't take it quite to that level, add a couple of tablespoons of salt to your cooking water. This will ensure that some salt makes it all the way to the center of your potatoes. After your potatoes have boiled and cooled, be sure to taste them and adjust the seasoning as you go. 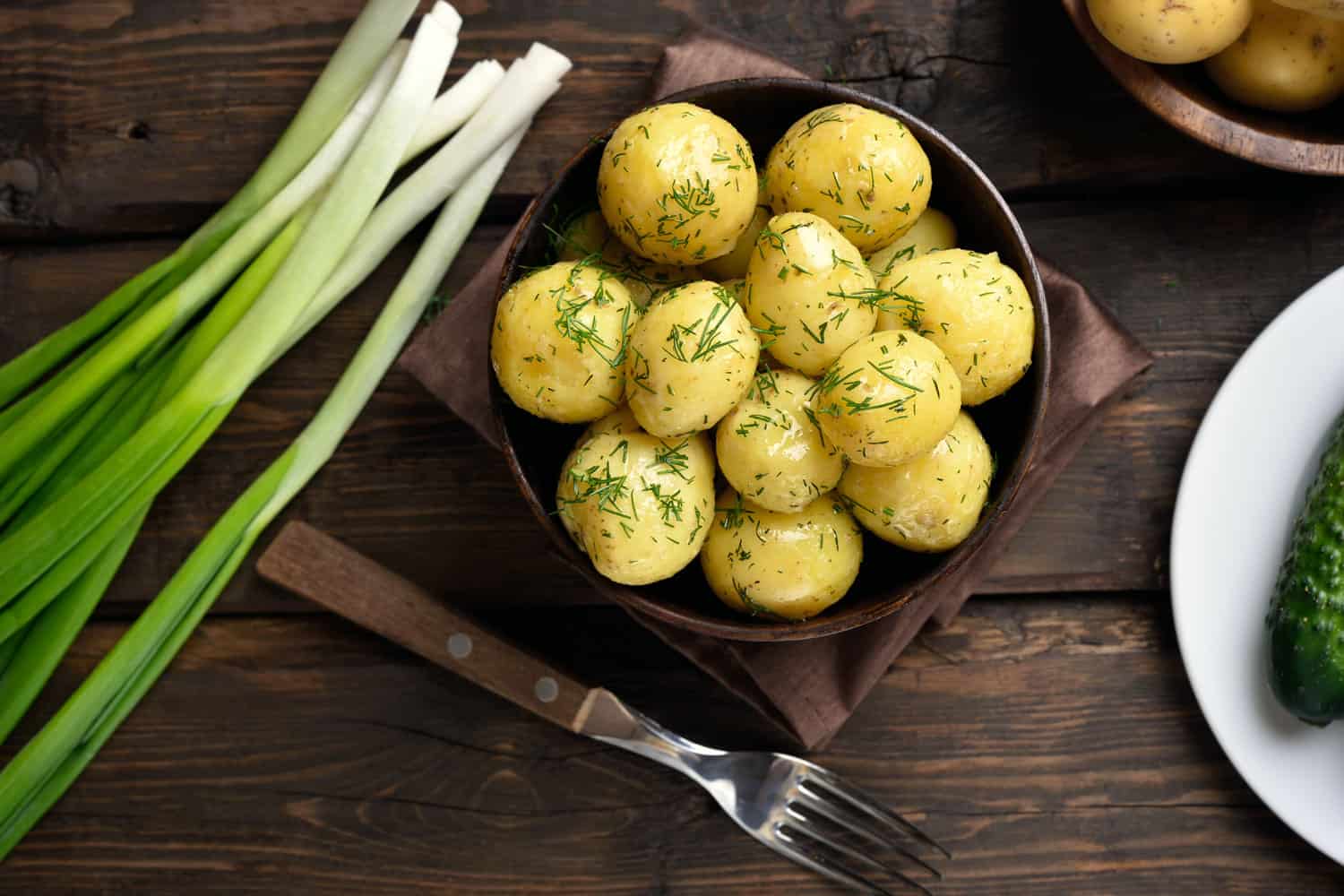 Boiled potatoes might sound plain, but done right, they can make the perfect side dish to accompany any entree. They can also make the potato salad or mashed potatoes that your family and friends will rave about. Follow our advice, and you won't go wrong when simmering your spuds.

Looking for even more tasty directions to take your tubers? Check out our article, "Should You Dry Your Potatoes Before Frying or Roasting?"

How Long Do You Knead Bread Dough In A KitchenAid?

Ice Cream Soft In Freezer But Everything Else Frozen? Here’s What To Do

What Oil Is Best For Cast Iron Cooking?