Cheesecake is a beloved ancient Greek dessert. Now enjoyed all around the globe, especially in New York, cheesecake has dominated the hearts of many. On many occasions, it is the center of the dessert table. So, picture this—it's time for the end of the year potluck at work. You bring your famous no-bake cheesecake to impress your boss. Poorly coordinated, too many people brought desserts; so now you're stuck bringing home leftover cheesecake. Well, how long do you have until it goes bad? We did the research to bring you the answer.

The average homemade cheesecake will perish after four days in the refrigerator.

If you still have some more questions about storing cheesecake, don't worry. This article will discuss the shelf (refrigerator) life of a homemade cheesecake. We'll also talk about different ways to preserve cheesecake. Without further ado, let's get into it! 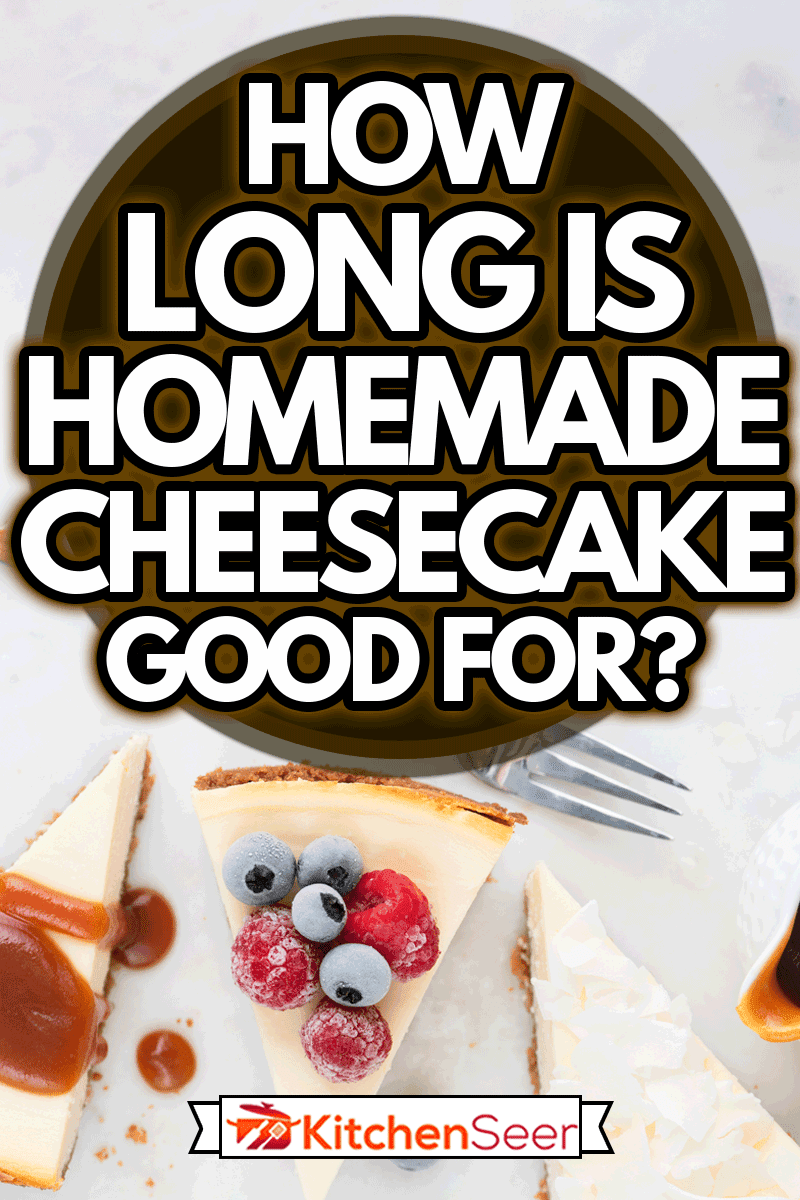 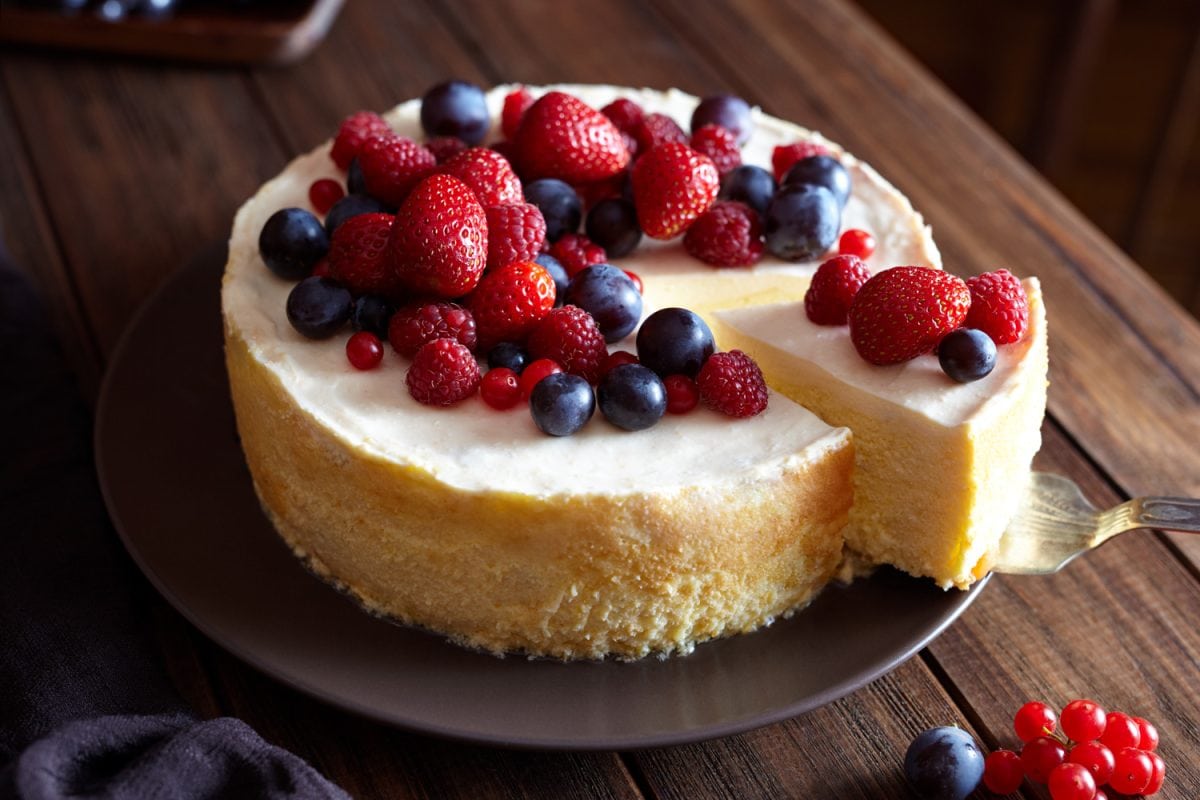 Remember, Many Of The Ingredients In A Cheesecake Are Perishable

When dealing with perishable food items, it is important to remember that refrigeration is your friend! Prior to baking the cheesecake, a recipe may ask you to soften the butter or cream cheese. It is recommended that these items do not stay at room temperature for more than two hours.

Not All Storage Containers Are Built The Same

Some storage containers are more useful than others. When it comes to food preservation, the seal needs to be airtight. Unfortunately, Tupperware often leaves a little bit of air trapped in the container.

Nonetheless, here is an example of Tupperware that can properly store cheesecake. This will minimize the oxygen inside the container and keep the cheesecake safe from bacteria.

Click here to view this sweet treat carrier on Amazon.

If the storage containers are unlucky, there is always aluminum foil and its eco-friendly counterpart, beeswax wraps. This method will guarantee airtight safety, although it could be messier. The cheesecake will probably smear all over the foil, so try to use it as a last resort!

For a more detailed explanation of cheesecake storage, visit this article: How To Properly Store A Cheesecake

Click here to see some helpful beeswax wraps for storage on Amazon.

There Will Be Differences In Expiration Dates Based On Ingredients

Every cheesecake recipe is slightly different from the rest. As a result, each treat will perish at varying times. The estimate is that a refrigerated homemade cheesecake is still edible for four days. If there are signs of expiration before the fourth day, please dispose of the cheesecake.

What Are The Signs Of An Expired Cheesecake?

One of the most common signs of an expiring cheesecake is mold. Storebought cheesecake may not mold as quickly due to higher levels of sodium benzoate. This is a preservative salt that is used to increase shelf life.

Another sign is discoloration, especially any brown hue along the edges. Lastly, a cheesecake may look a bit dried out if it has been in the fridge too long. Alternatively, if the cheesecake was refrigerated with toppings, it may look soggy.

For more information about food drying out in the refrigerator, take a look at this post: Does Food Dry Out When Left Uncovered In The Fridge?

Can You Refrigerate Cheesecake Batter?

Yes, you can refrigerate cheesecake batter for a few day. If there is an excess amount, the batter can be frozen for up to three months.

The refrigerator should not alter the batter in any way. It is advised to cover the batter or keep it in a Tupperware container until you use it again. Some people report having a "fridge smell" stuck to their food if it is left uncovered. To prevent this, we recommend keeping all foods in sealed containers.

Can You Freeze A Cheesecake? 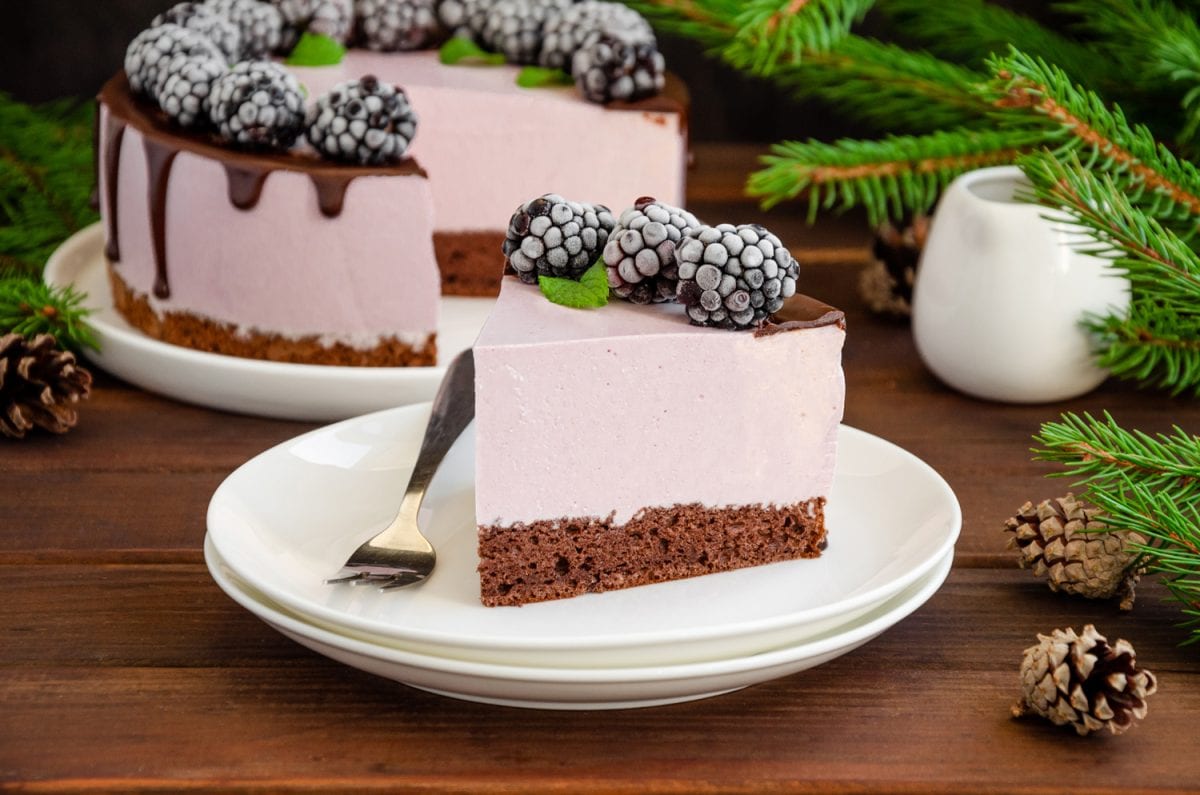 Yes, you can freeze cheesecake. It is recommended that people only freeze the cheesecake for up to two months. Any longer than that and you run the risk of freezer burnt dessert. Freezer burn does not pose any health threats, although the moisture content depletes and the food may not be as appetizing.

If you decide to freeze cheesecake, be sure to freeze it without the toppings! Many toppings do not freeze very well. In addition, the thawing time may be different between cake and topping. In this case, it is best to wait until the cheesecake is completely thawed to top it.

You can refreeze a cheesecake after thawing it out as well. While it isn't ideal, there is no shame in refreezing something. Just be sure it doesn't stay there for too long!

How To Freeze And Thaw Cheesecake

Follow these steps to properly freeze and then thaw a cheesecake:

For a more detailed description of this process, click here.

Cheesecake is baked in an oven in a water bath. The water bath prevents the dairy from curdling and can even prevent burning. No-bake cheesecake is set in a fridge and does not use eggs. Both will take many hours to cool and set, but which one will last longer in the fridge?

The primary concern of eating bad cheesecake is listeria. This is a bacteria that can be found in certain dairy products. It's recommended to only keep homemade cheesecake in the fridge for three to four days. Others claim it could be extended to five days.

Cheesecake bakers all across the board agree that no-bake cheesecake is good in the refrigerator for four to five days. It should still only be frozen for a few months. An example of a no-bake recipe can be found here.

A common problem that people may face when preparing no-bake cheesecake is that the filling does not set. It may be recommended to freeze the dish to allow it to set smoothly. In other instances, chefs may advise you to add gelatin to the mixture. This will thicken the custard and can aid in setting the final dessert.

Are There Other Differences Between The Two? 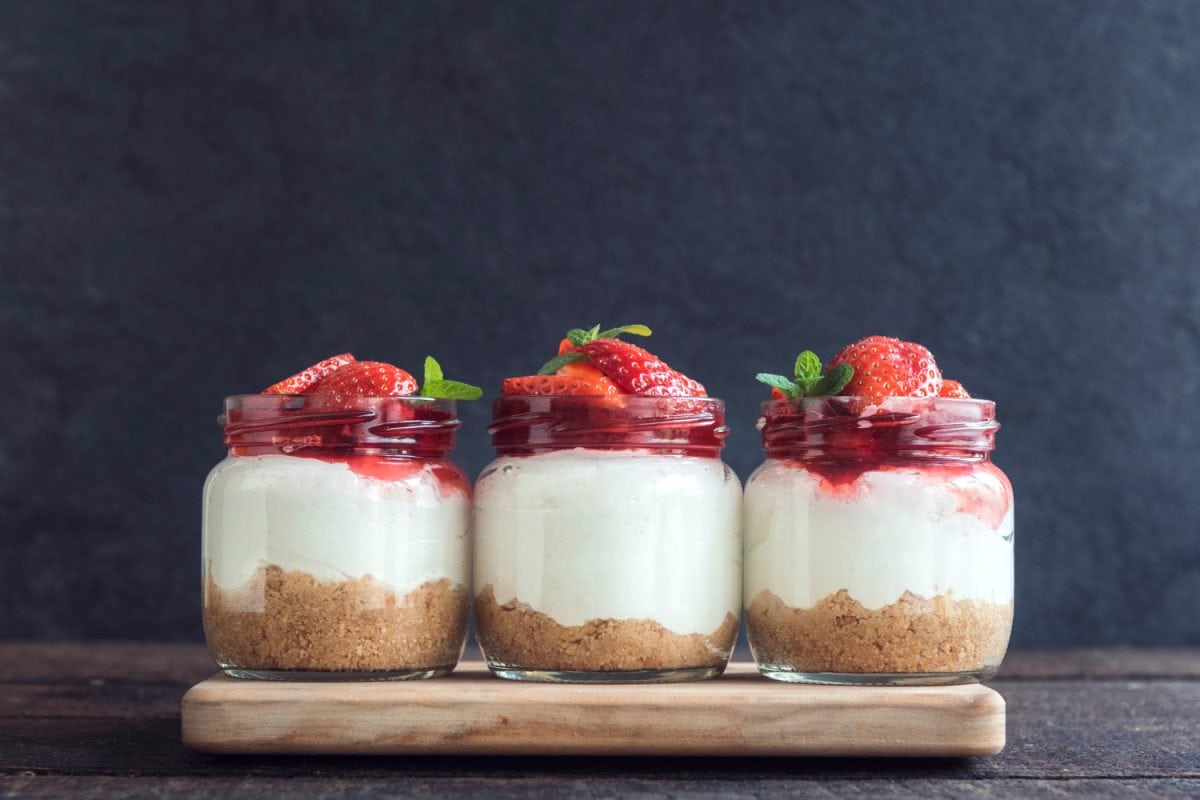 What Other Kinds Of Cheesecake Are There? 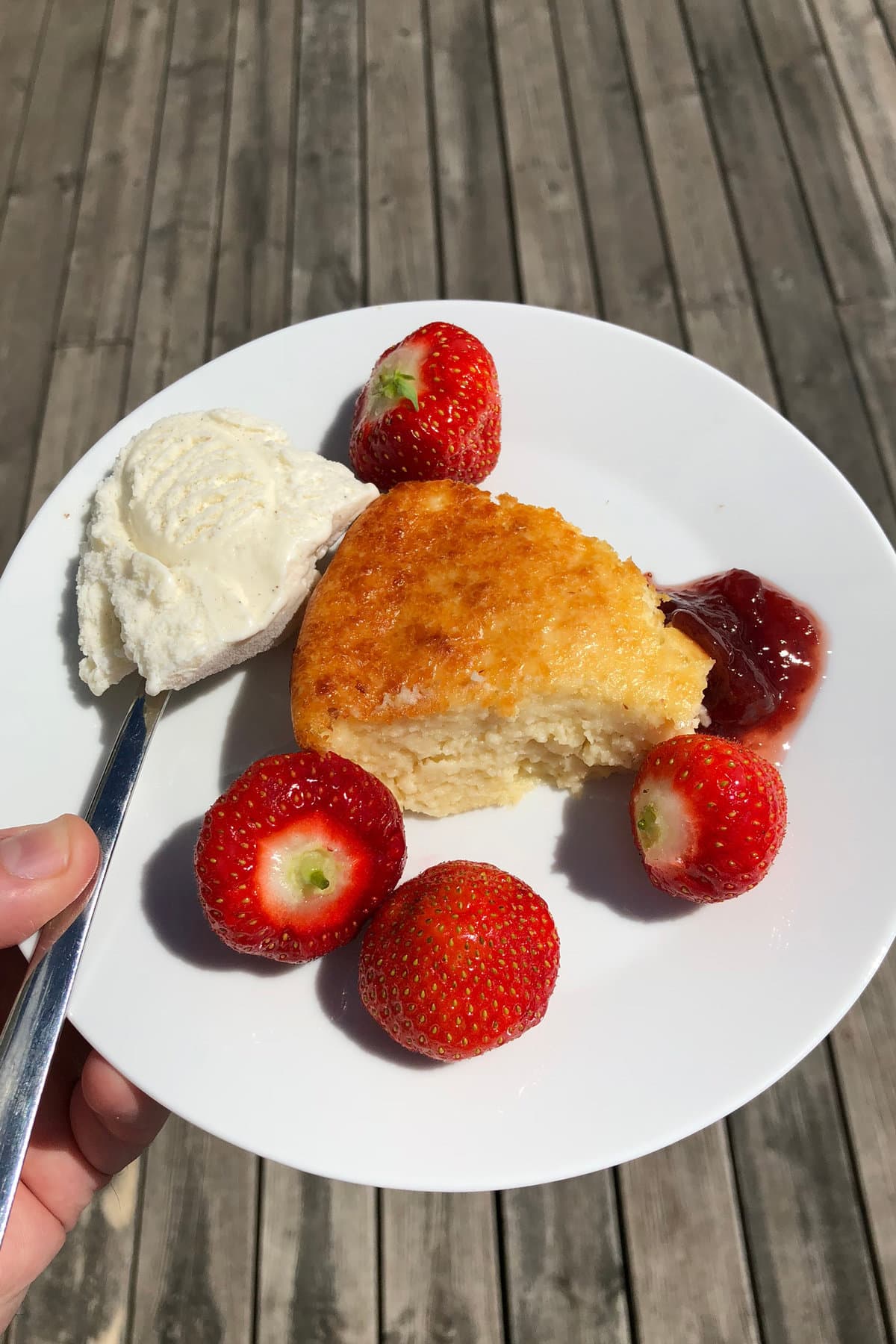 To sum this article up, homemade cheesecake should not be left in the fridge for more than four days, five if it is a no-bake cheesecake. Leftover dessert can be frozen for a couple of months, although it must be frozen without toppings.

If there are any signs of expiration, don't take the risk; throw it out! There are many ways of storing cheesecake, all of which include air tight seals. Use them! Whatever type of cheesecake you bake (or not, for that matter) we wish you good luck on preserving it!

How To Easily Remove A Bundt Cake From The Pan [4 Methods To Try!]

Should I Remove Cake From Oven Immediately?