Cheese is a huge part of many cuisines in America and Europe. However, storing a ton of cheese without it getting worse is difficult, which is why we freeze it. It's an easy solution for the problem of saving it when you don't want to consume it right away. The hard part is knowing how long it can last in there. If you'd like to learn how long you have until the cheese is no longer edible in the freezer, let's find out what others have to say!

The period a cheese can last in the freezer depends on many things, such as the way it is frozen, the type of cheese, etc. Usually, hard cheeses with low moisture/fat content can last up to 8 months in a freezer. On the other hand, soft cheeses will last up to 6 months. However, it is not recommended to store them for that long because they will change in texture. In that case, it will depend on your preference.

Now that you know how long cheese can last in a freezer, there are still more details to go over. For example, how can you store it properly? Additionally, are there cheeses that you should avoid putting in the freezer? These are some of the topics that we will discuss in detail. If you'd like to learn this and more, keep reading ahead. 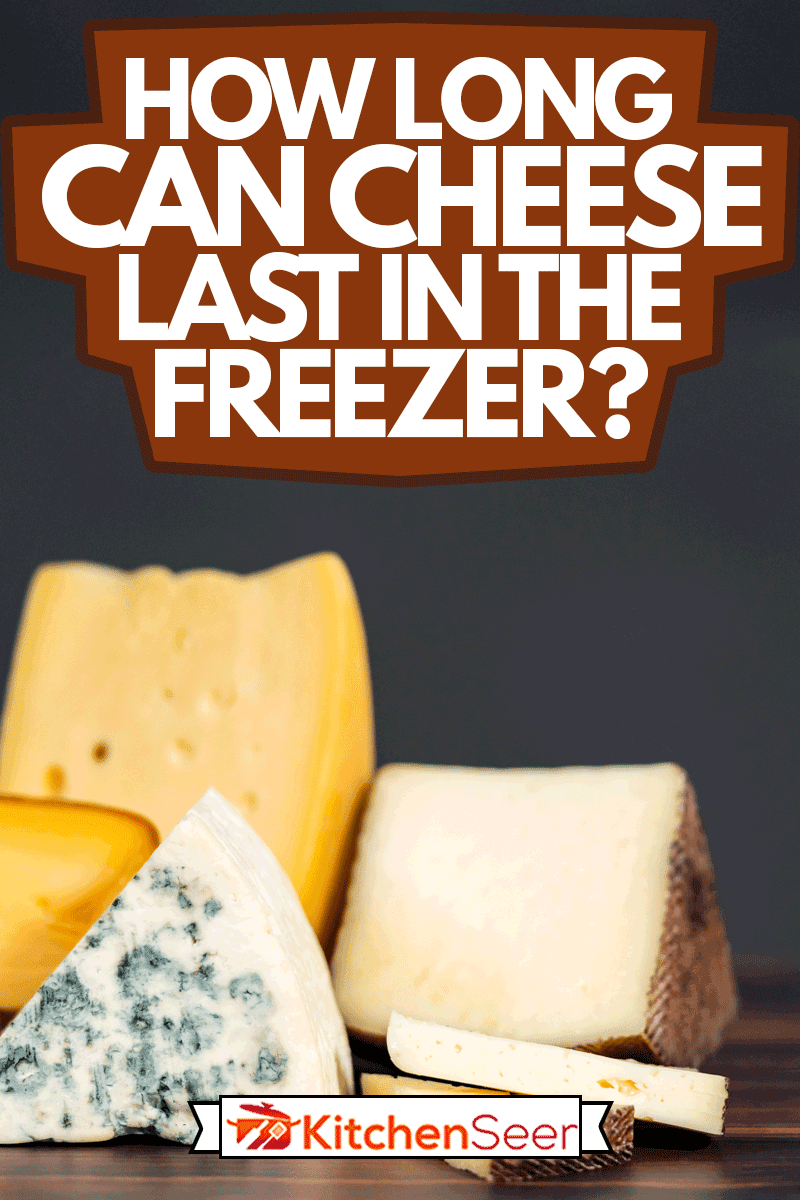 How Do You Store Cheese in the Freezer?

You cannot just pop the cheese in the freezer and call it a day. To freeze cheese properly, you first need to do some preparations. For example, if you bought cheese in bulk, instead of freezing all of it, portion it the way you are likely to use it at any given moment. It is why experts recommend freezing 500gms of cheese per portion, as it is more convenient.

Secondly, it is not necessary to freeze cheese in block form. You can freeze grated and sliced cheese as well. However, if you are freezing sliced cheese, make sure to put parchment paper in between to prevent the cheese from sticking together.

After the cheese is in the container, immediately freeze the cheese at least -9 degrees Fahrenheit. Rapid freezing prevents the formation of large and disruptive ice crystals. 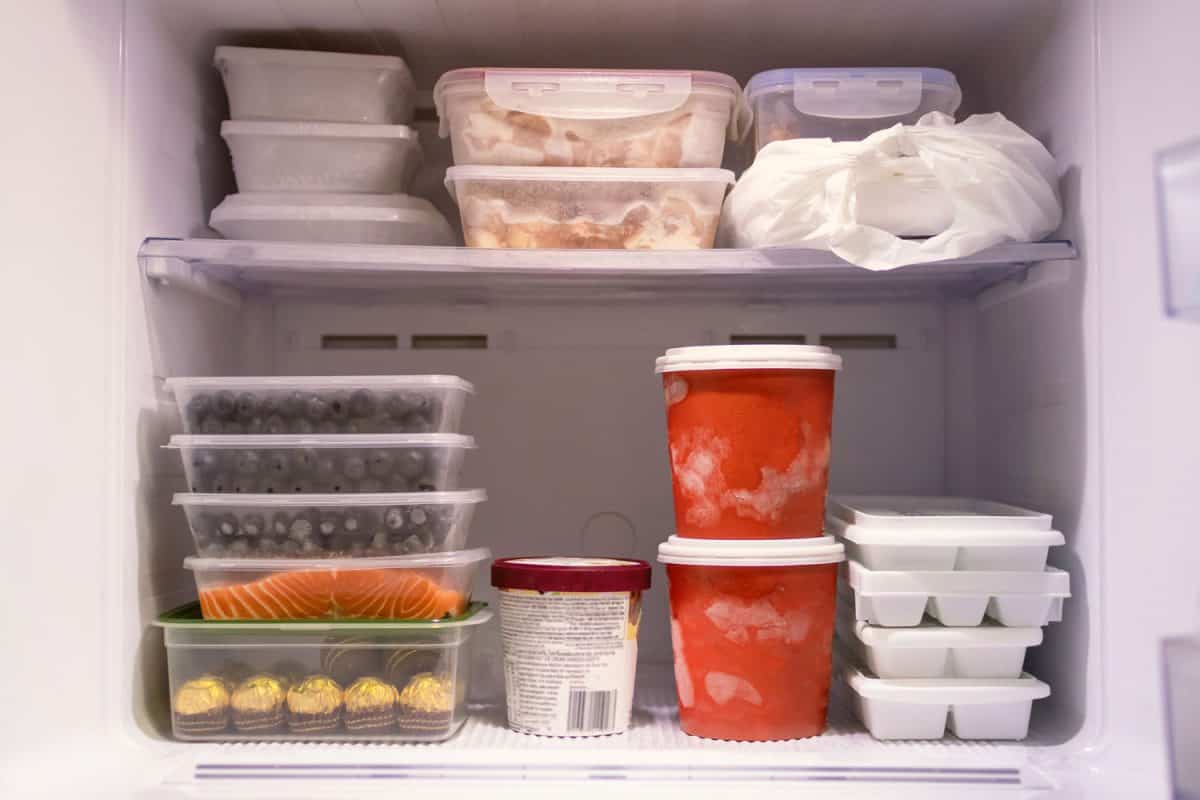 Can You Freeze Cheese in Its Original Packaging?

If the cheese is already a tiny portion, there is no need to open the original packaging and repack it. You can freeze it in its original packaging as long as you keep it sealed. However, do not forget to put the packed cheese in an airtight container for extra safety measures.

Can You Freeze All Cheeses?

No, you cannot freeze all cheeses. Most hard cheeses, such as cheddar cheese, are perfect for freezing, and freezing does not change the taste. However, soft cheeses, i.e., cottage cheese and cream cheese, should not be frozen. Freezing them can affect their texture.

Freezing soft cheeses can lead to a grainy texture. But this problem is not exclusive to soft cheeses; sometimes, when you freeze hard cheeses the wrong way, they can get crumbly and difficult to use.

What Cheese Lasts the Longest?

We already discussed how long cheese could last in the freezer. But what if you are not freezing the cheese? What cheese will last the longest in that scenario? Well, as a rule of thumb, cheeses with lower moisture content last longer and vice versa.

Cheeses are separated into different categories. The six categories are:

In the order of the list above, cheeses that don't hold in too much moisture will last the longest. Hard cheeses will last longer than any other category. Fresh tends to spoil quickly. Some of the softer cheeses will come with brine to help them last longer.

Hard cheeses like cheddar tend to last the longest in a freezer. Some claim that it can last indefinitely in there. However, it's not recommended to keep them in there for long. If left in the freezer for a period longer than eight months, the texture and quality of the cheese will be worse.

So, softer cheeses can last about three months or less in the freezer without being damaged by freezer burn. Hard cheese can last longer - around eight months.

How Long Does American Cheese Last in the Fridge?

One of the most common cheeses in the household is American cheese. It is a processed cheese made of cheddar blended with other types of cheeses. They're sold in bulk usually. So, it's understandable if you can't finish them all in a small timeframe. To preserve it for longer, you might opt to put it in the fridge or freezer.

What Cheese Goes Bad Without Refrigeration?

Most of the cheeses can last a little while before going bad without a fridge. However, it is usually not about if a cheese will last but if it will still taste good. Because your cheese might survive without a refrigerator and won’t get moldy, but it might not taste the same.

This phenomenon is common with soft and semi-soft cheeses. These cheeses have a high moisture content, and when they cool down to room temperature, they leach out butterfat. You might have noticed cheese getting shinier after leaving them at room temperature - that is, the butterfat leaving the cheese.

Sure, you can freeze the cheese again, but the butterfat will not be reabsorbed by the cheese. In other words, your cheese will be safe to eat, but it might not taste as good as you expected.

What Cheese Lasts the Longest Without Refrigeration? 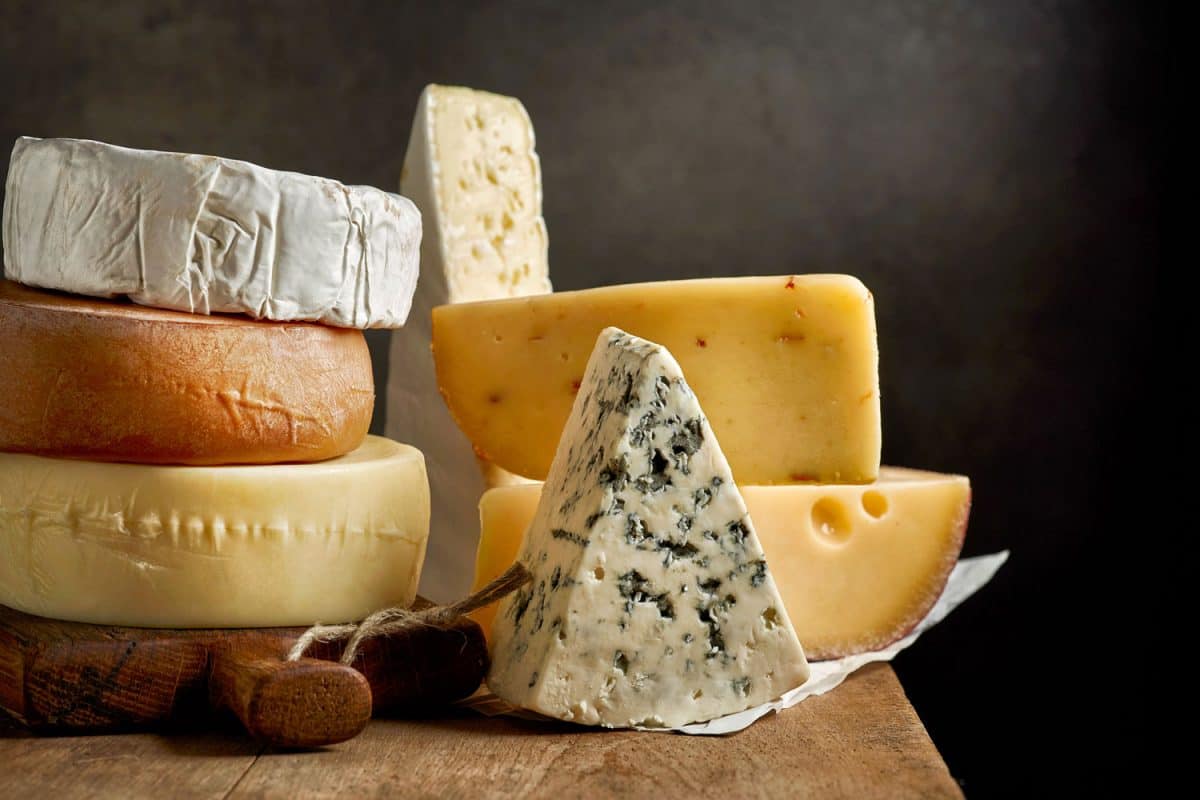 As you might already know, semi-soft and soft cheeses are not suitable to be left without a fridge because those cheeses can go wrong really quickly. However, if you don’t have a fridge insight and want to know about some cheeses that can last without a refrigerator, then here’s the list:

On average unopened refrigerated cheese does not go rancid for around four months. However, this period differs from cheese to cheese. For example, unopened cheddar cheese can even last for six months. But on the other hand, soft cheese like ricotta and brie are recommended to use within 2-3 weeks.

Like many of the other food items on the market, the odor and appearance of the cheese will tell you more about it than its expiration date. Generally, a considerable majority of cheeses last beyond their expiration date. Moreover, even when some cheeses get moldy, they are still salvageable. You can just cut the mold from the cheese, and the rest of it is good.

However, discarding the mold will apply more to the hard cheeses. If there's mold growth in a piece of soft cheese, the rest of it is likely compromised. So, it's best to discard it rather than taking your chances.

After the freezing method, vacuum sealing the cheese is the second-best method to store it. In an ordinary container, cheese usually lasts around a week or two. But if you vacuum-close it, you can extend its life span to 4-6 months.

How Do You Know When Cheese Is Off?

The first sign is mold. However, if the mold spores are tiny and do not spread to the entire block or slice, then you can cut it and use the cheese. This solution applies to hard cheese. Should mold grow on a soft kind, it's best to throw the whole thing away.

The other sign is how it smells. In general, fresh cheeses should not smell. But, if you're getting a hint of sour milk, it's best to avoid consuming the cheese.

Can You Eat 2-Year-Old Frozen Cheese?

The next question would have to be - should you eat two-year-old frozen cheese? In that case, the answer would have to be no. Cheeses retain their quality for up to eight months in the freezer. After this timeframe, they won't be as tasty. 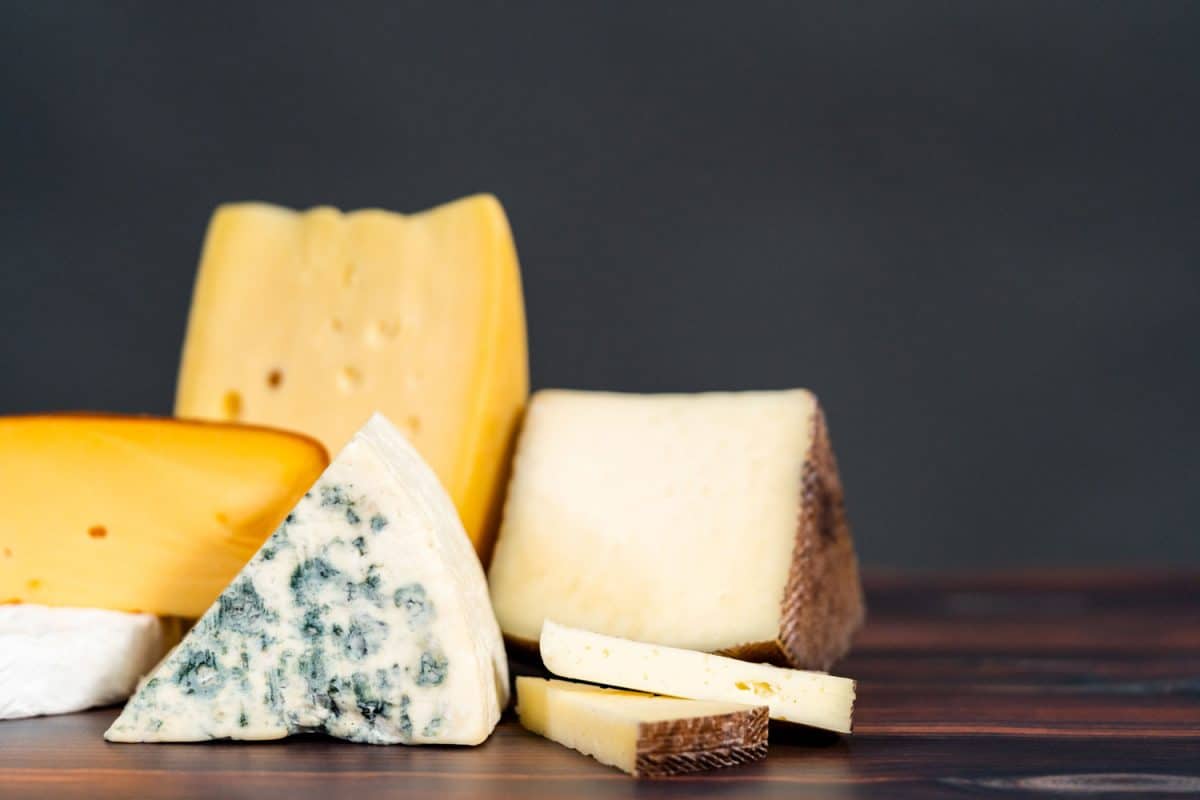 Regardless of the situation, we hope you found the information above helpful! As long as you store the cheese properly, it can last you a long while.

Before you go, do you want help freezing specific cheeses? What about mozzarella cheese? To learn more, check out our post - How To Freeze Mozzarella Cheese.

Do you need help choosing the material that you will wrap your cheese with? We can offer some guidance. For more information, check out our post - Should You Wrap Cheese In Foil Or Cling Film?

Should You Roll Or Stretch Pizza Dough? Pros And Cons Revealed

How Far In Advance Can I Make Mashed Potatoes?

Should You Defrost a Lasagna Before Cooking it?