A microwave is one of the most popular appliances in the kitchen, but we don't know much about them. One of the most common questions is how hot a microwave can get. We've done the research to answer this question for you.

A microwave does not become internally hot to heat food. Instead, it creates electromagnetic waves which heat the moisture in food. A microwave can heat food up to 248 degrees Fahrenheit internally.

Now that we've given you an answer, you may have other questions about this appliance. You may want clarification about how microwaves are designed. You may also want to know what a microwave can cook. Keep reading to learn more. 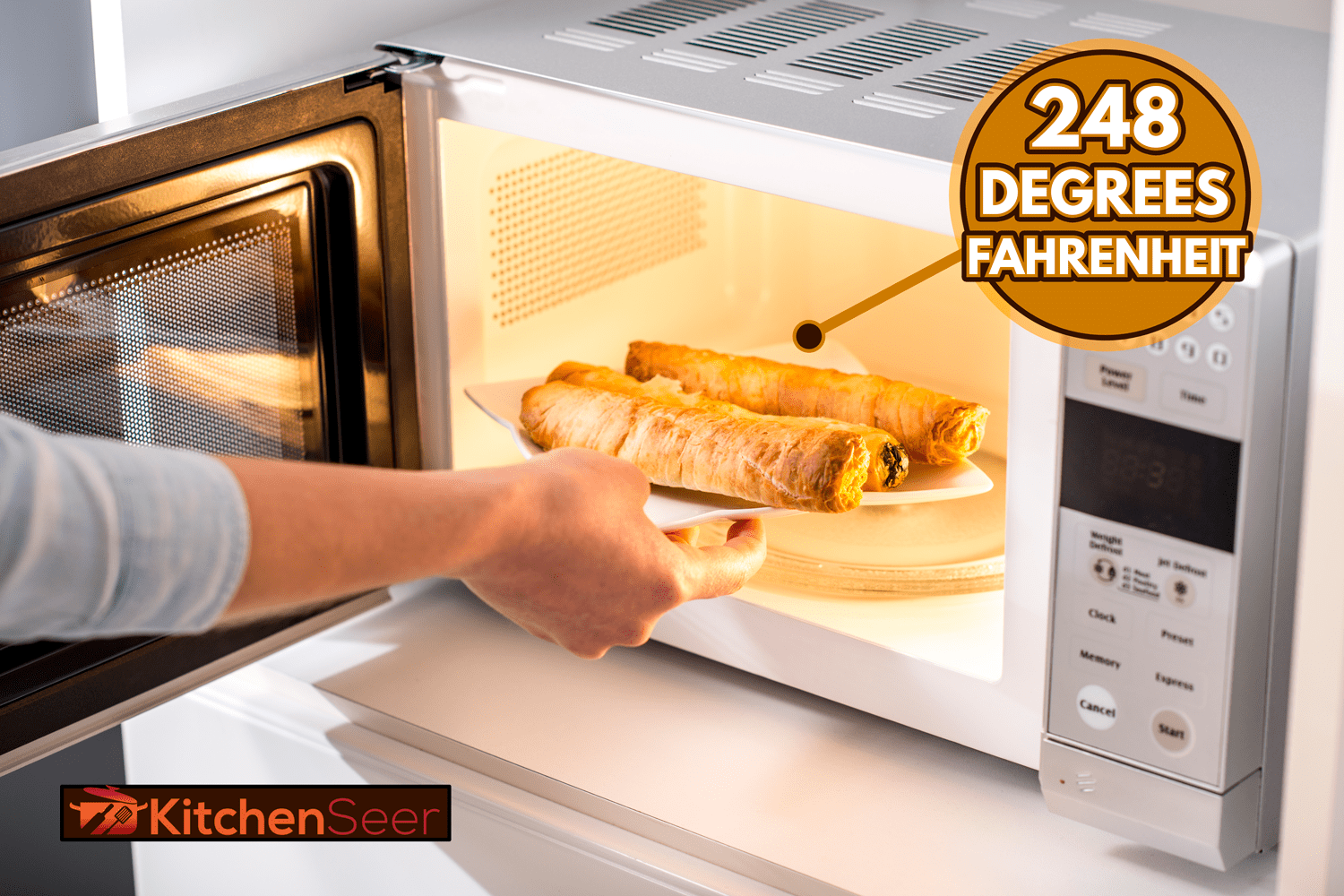 How Does A Microwave Work? 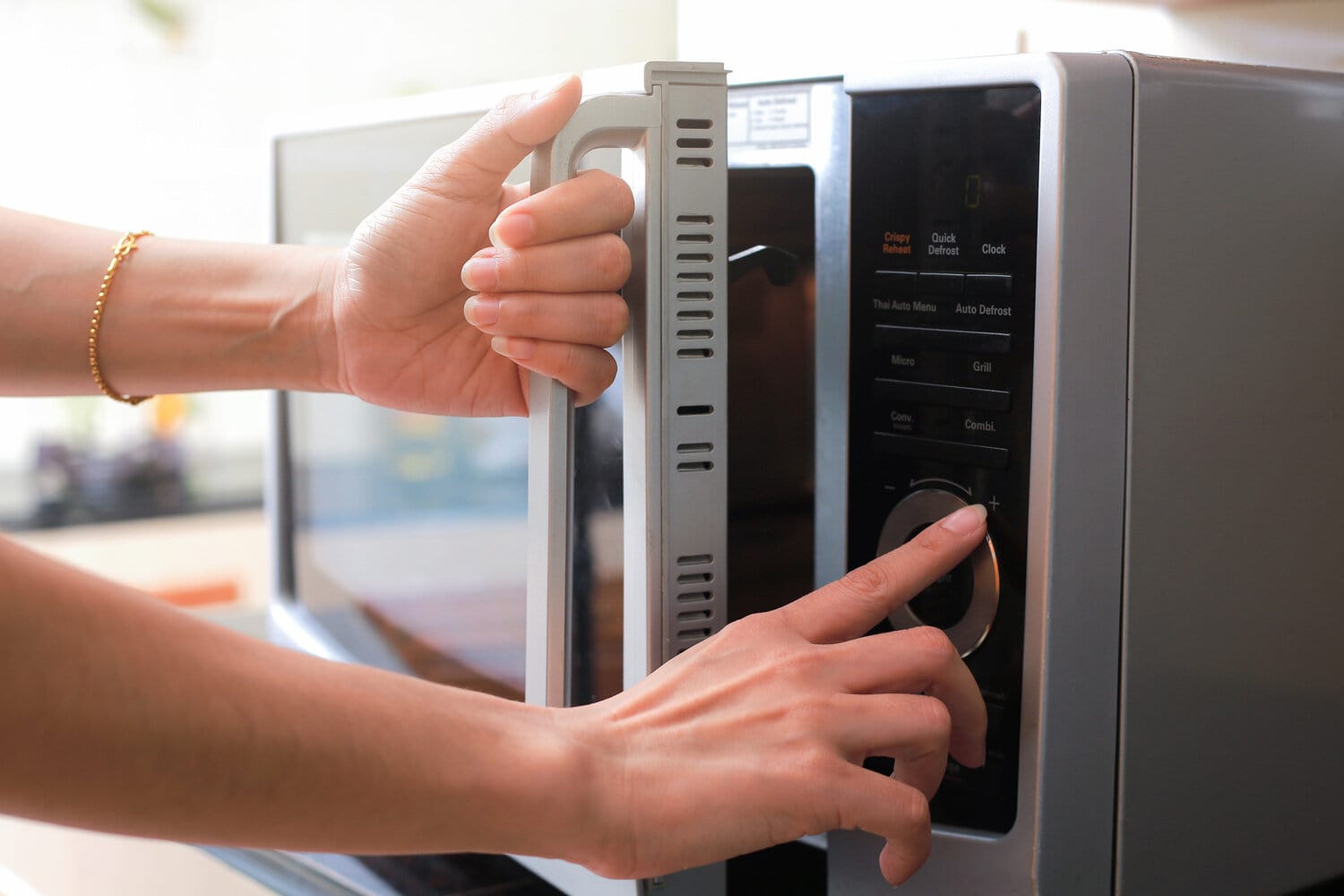 To know what you can expect from a microwave, you should understand how the appliance functions. We'll discuss this in a bit more detail below:

The boiling point of water and all liquids is 212 degrees Fahrenheit. At this point, this liquid is evaporating. So, this can be thought of as generally the highest temperature that a microwave may heat a food internally, but this isn't exactly true.

See this thermometer on Amazon here.

This is the highest temperature that food can reach in the microwave while still being edible, but a microwave is capable of heating the food to 248 degrees Fahrenheit.

The food will have lost all of its moisture and will be inedible.

These waves have also been utilized to change the way we prepare food.

You should know about the electromagnetic waves used in microwaves because they are invisible light rays. You may have supposed from stepping out into the sun on a hot day that light rays are carriers of heat energy.

But these invisible rays are much better carriers of heat energy than the sun rays that you can see. Thankfully, the sun will not heat a body of water to boiling point. But microwaves will do so.

Also, they are better at transferring this heat to water. Most foods contain water, even if you can't see so.

When the energy from the waves is transferred from the microwave to the water, the water transforms this energy to heat by its molecules moving rapidly. This causes the food to heat internally.

You may have noticed that some foods take longer to heat in a microwave than others, even if they are of similar densities. This is, in part, due to their differing water content.

A dry bread, for example, will not reheat as quickly or as much as prepared pasta. The prepared pasta has a higher moisture content. So it heats more rapidly and to a higher temperature.

Now let's talk about microwave wattage and how that will affect the energy transfer from your appliance to your food. The wattage of a microwave varies from 500 to 1200 watts of power.

See this 700-watt microwave on Amazon.

A watt is a unit of electrical power. This is used to measure how electricity is produced or consumed. So, you can assume that a 500-watt microwave is less powerful than a 1200-watt microwave.

But how does this affect the electromagnetic radiation your appliance makes?

To put it simply, the electricity that powers the appliance is transmitted by what is called a magnetron. A magnetron is a type of electron tube used to control electrons.

This magnetron then transforms the electricity into microwaves.

The more electricity consumed by the microwave, the more electromagnetic waves and the greater the intensity of the radiation. So, microwaves with a higher wattage have greater cooking capabilities.

Microwaves with a lower wattage have lesser cooking capabilities.

View this 1000-watt microwave on Amazon.

Does A Microwave Or An Oven Get Hotter? 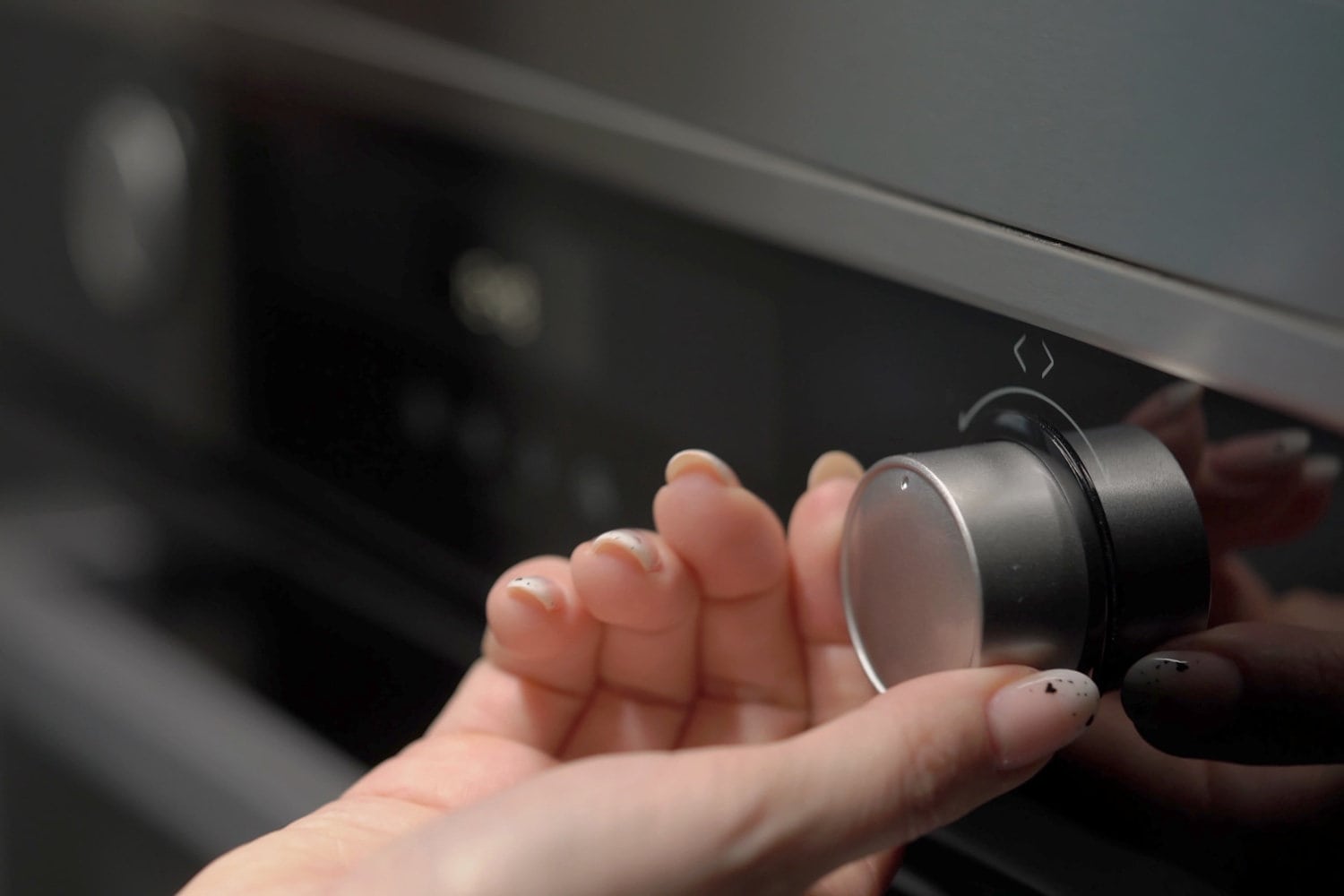 As we mentioned, microwaves don't become hot themselves. Neither does the air inside of the microwave. You can open a microwave after it has heated food to 200 degrees internally, and you don't feel as if it is releasing heat into the room.

Ovens, on the other hand, do become hot. This is because of a very different design between the microwave and oven.

While most American homes have an oven, they may still not understand how it works for cooking their food. The oven has what is called "heating elements."

These elements are powered either by electricity or gas. Electric ovens are now the standard. The electricity is carried to the heating elements with a 110-volt wire and a 120-volt wire.

The element then converts this into thermal energy. This energy is used to heat the air in the oven and the food. Ovens for home use can typically reach temperatures as high as 500 degrees Fahrenheit.

That said, an oven definitely can reach a higher temperature than a microwave.

Do Microwaves Shut Down When They Get Too Hot? 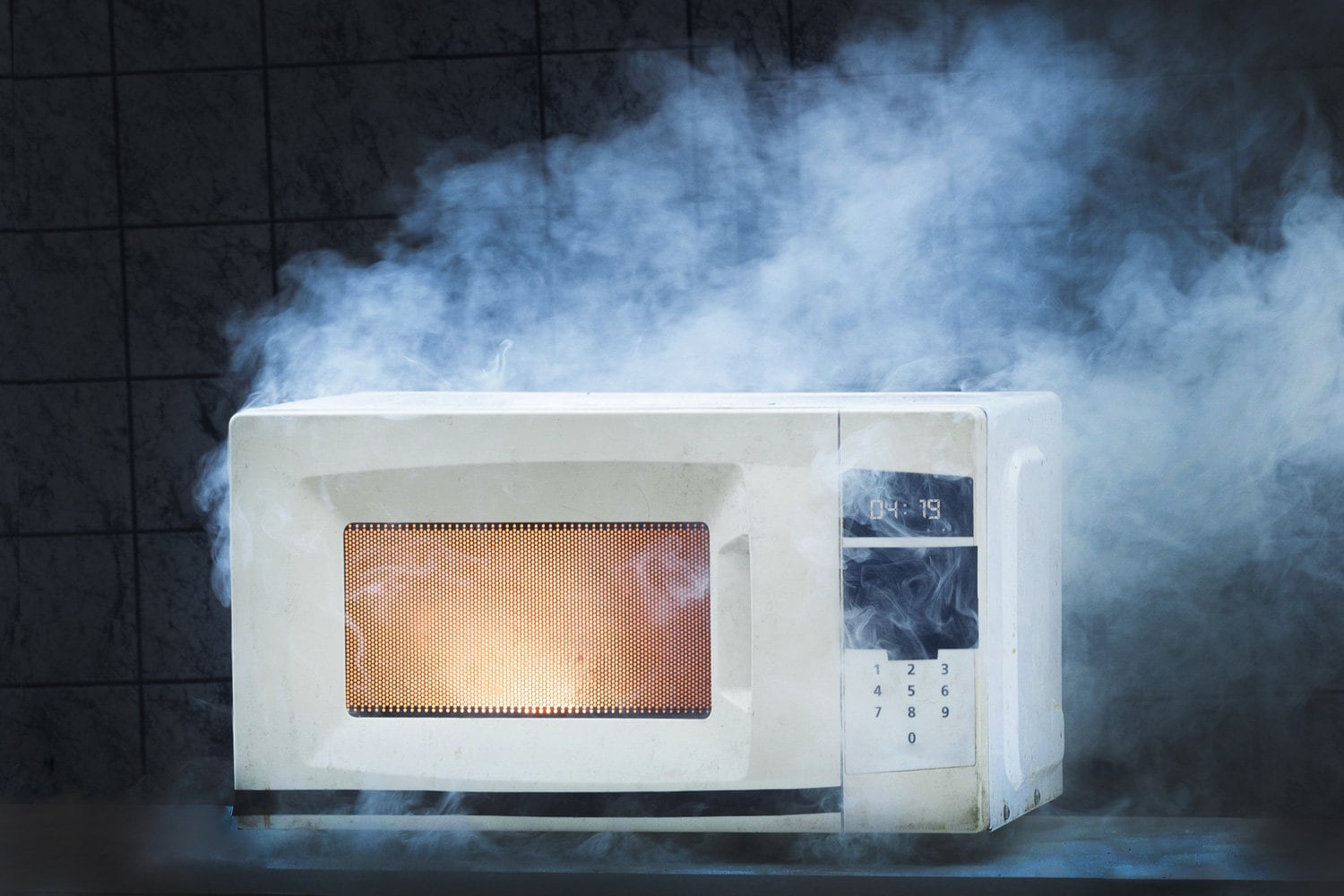 When a microwave is functioning normally and is being used correctly, you should not notice any heat radiating from the machine. However, there are some instances in which a microwave can overheat.

One example is when the internal functions of a microwave become hot because of insufficient ventilation. While it is tempting to save counter space, you should ensure that your microwave is not squeezed between other appliances or against a wall.

You should make sure that, on all sides, your microwave has 10 centimeters of space.

Another reason for overheating is that food inside the microwave reaches internal temperatures over the boiling point. This is a danger, especially for microwaves with high wattage.

The good thing about modern microwave ovens is that they have a thermal cut-out switch. If the sensor in the microwave reads a temperature that is above average, the cut-out switch will turn on.

When the microwave cools, the appliance will reset. This switch is a safety feature and will prevent the microwave from any damage or, worse, causing a fire. 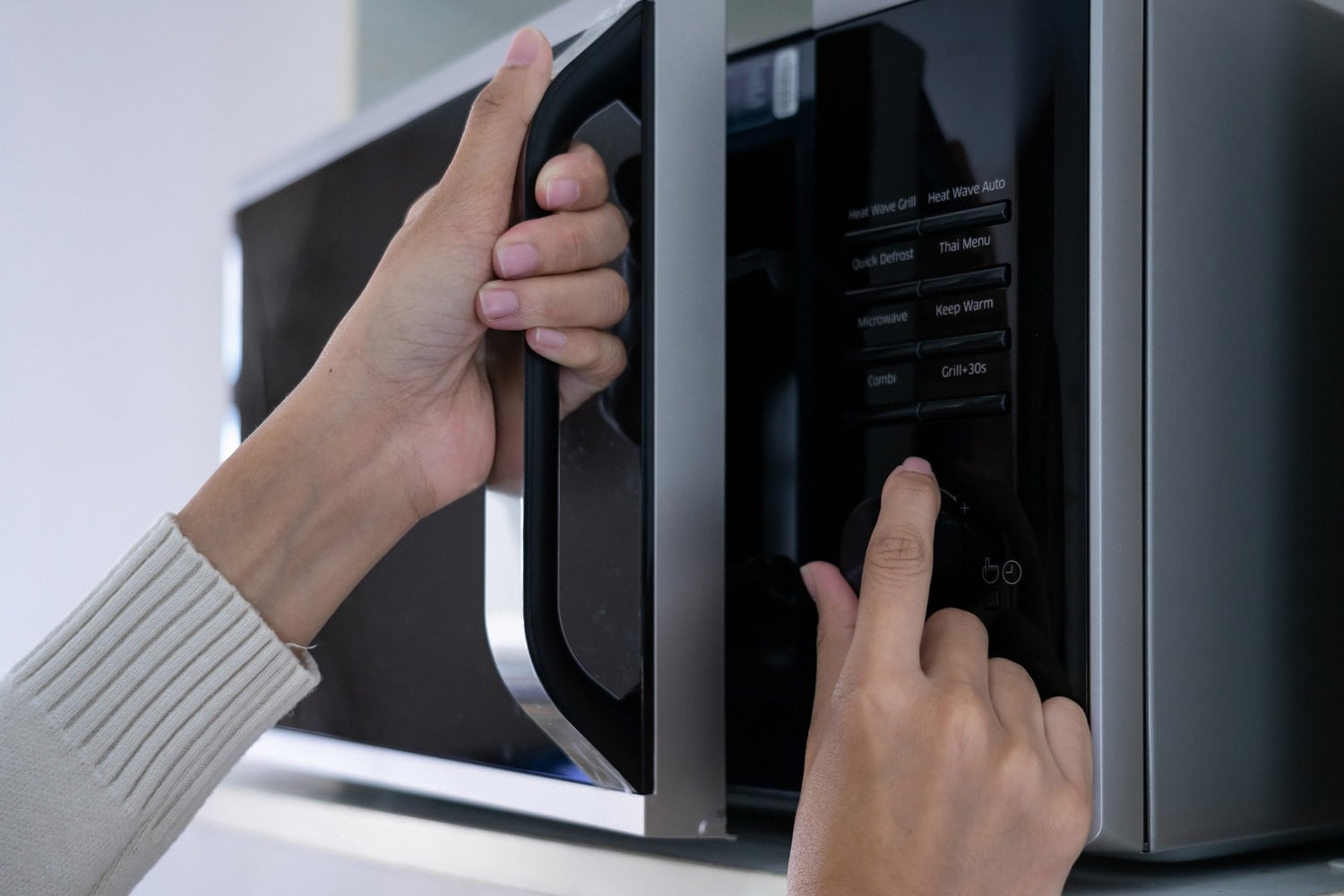 Microwave ovens are a convenience that we often take for granted. Like with many modern-day appliances, we don't usually take the time to find out how it works. But you wanted to know how hot a microwave can get.

Our research found that microwaves themselves do not rise in temperature. But when they heat food, that food can reach up to 248 degrees Fahrenheit internally.

We discussed how the microwave does not heat food by raising its internal temperature. Instead, it uses electromagnetic waves to raise the temperature of the water content in the food.

Want to learn more about microwaves? Visit these related posts:

Can You Replace Your Microwave With An Air Fryer?

Why Is My Microwave Sparking With No Metal Inside?

Convection Microwave Vs. Microwave: Which To Choose?

Does A Pressure Cooker Work On Induction

Can You Use A Meat Grinder To Make Pasta And Other Noodles?