Nothing says summertime like fresh corn on the cob roasting on the grill, but you might be wondering if it's better to grill corn with or without the husk. We have done some research and found information that will help you decide.

Whether you grill your corn with or without the husk really depends on the flavor you want as the end result. There are advantages and disadvantages to each method that affects the flavor and appearance of the corn.

Keep reading to find out the pros and cons of each grilling method. Then, you can make up your mind which one is best for you. You might even decide to use all of them, depending on the situation. 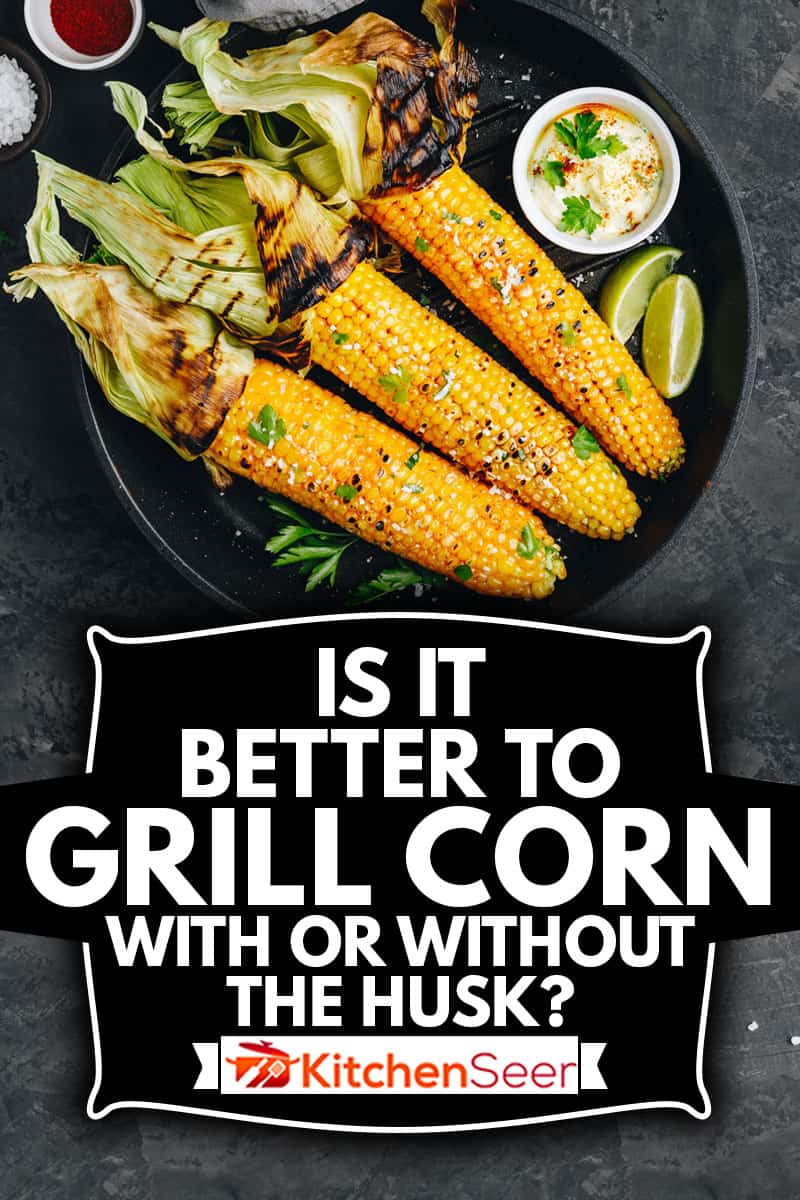 Grilling Corn With The Husk

The number one advantage to grilling corn with the husk on is the ease of preparation. There is nothing to do except put the corn on the grill or fire, turning occasionally, and waiting 15 to 20 minutes for the corn to cook. The husk will be burnt, but the corn inside will be steamed and delicious. The husk protects the corn from the flame, so there are no char marks and only a slightly smokey flavor. 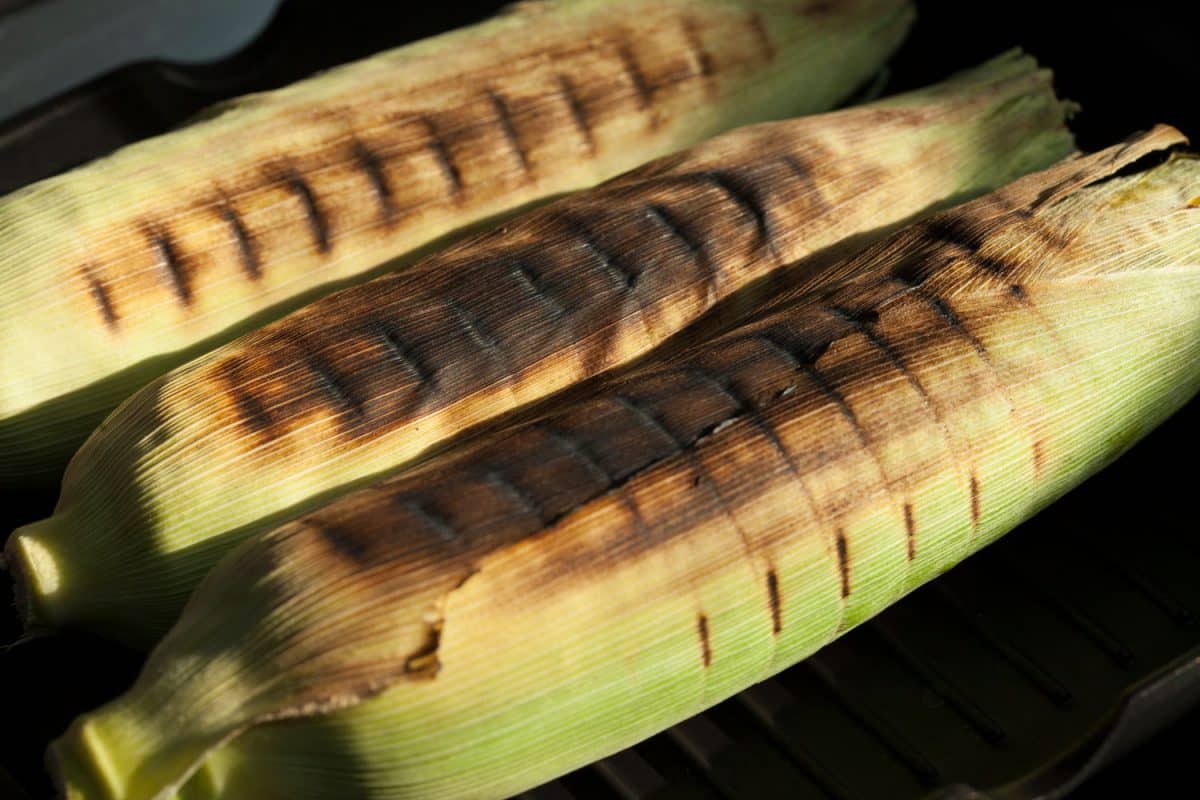 This method is not only good for the grill at your cookout but also great while camping. The campfire is not just for roasting hot dogs and marshmallows. Throw the corn ears on the open fire or a grate and wait for the husks to turn completely black. Then cool and enjoy.

While it isn't technically grilling, it's still worth mentioning if you love corn on the cob. Take corn still in the husk and microwave it for perfectly steamed corn without all the mess. You will find that when you pull back the husks, the silks will stay with the husk and not stick to the corn. Fast, easy, and delicious. It doesn't get much better than this.

When cooking with the husk on, handling it afterward can be pretty messy. The burnt char may leave behind black soot on your hands, but this is a small price to pay for the ease of preparation. It can also be difficult to gauge when the corn is ready because the husks make it difficult to pierce the kernels for doneness.

Finally, the flavor and appearance of this method are that of steamed corn because the husk eliminates char and limits the smokey flavor from the grill. If you're expecting something different from grilled corn, this method might leave you disappointed.

Grilling Corn Without The Husk 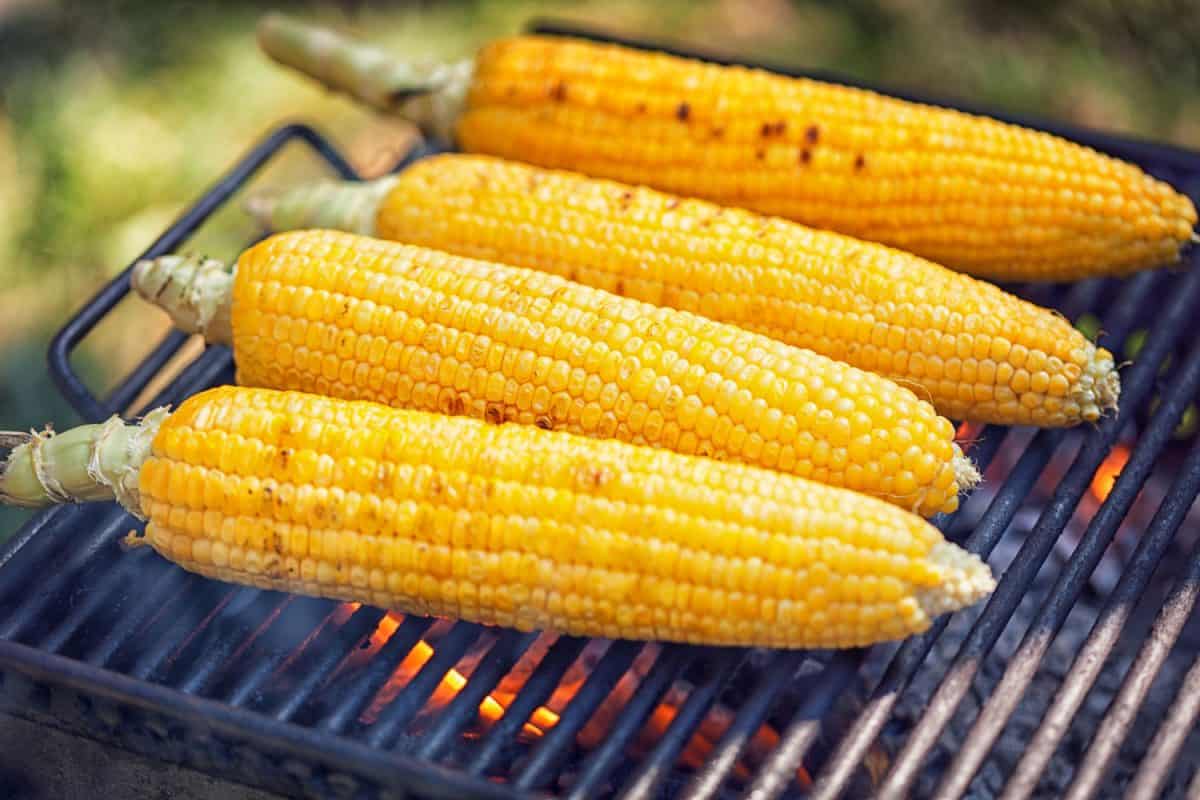 The main advantage is that you do get the char marks and deep smokey flavor from direct contact with the grill, especially if you use a charcoal grill or smoker. For many, that is the reason for cooking the corn outside, to begin with. This method also makes it easier to gauge how fast the corn is cooking so that it's not accidentally overcooked.

Another great advantage to grilled corn without the husk is that it is ready for an added bit of flavor if you prefer more than butter and salt. One common recipe is Mexican street corn, but there are many other popular flavors for you to enjoy.

Cooking corn without the husks may leave you with drier corn because it's cooked with the heat from the flame and not steamed by the husks. The corn might also pick up too much char and smoke if left on the grill for too long. You do not want the smoke flavor to become overwhelming.

Best of Both Worlds

Many cooks believe the best option might be a combination of both methods. There are two ways to blend the methods. First, allow the corn to cook for a while with the husk, then pull it back to finish cooking without it. This allows the corn to steam, but it also gets some char marks and smoke flavor.

For the second method, grill the corn using a partial open husk so that the corn has some protection but is still getting direct heat and flavor from the grill. Each method yields results combining the best of both worlds with just the right blend of flavor.

Quality, Fresh Corn on the Cob

Just as important as the grilling method is the quality of the corn you use. For best results, start with the freshest corn you can buy. If you can get corn fresh from the farm or a local farmer's market, it will have a much better flavor than corn from the grocery store. Corn contains sugar that begins to break down as soon as it is separated from the vine. Therefore, the longer corn has been picked, the less flavor it has.

What is the benefit of cooking corn on a grill in a husk? 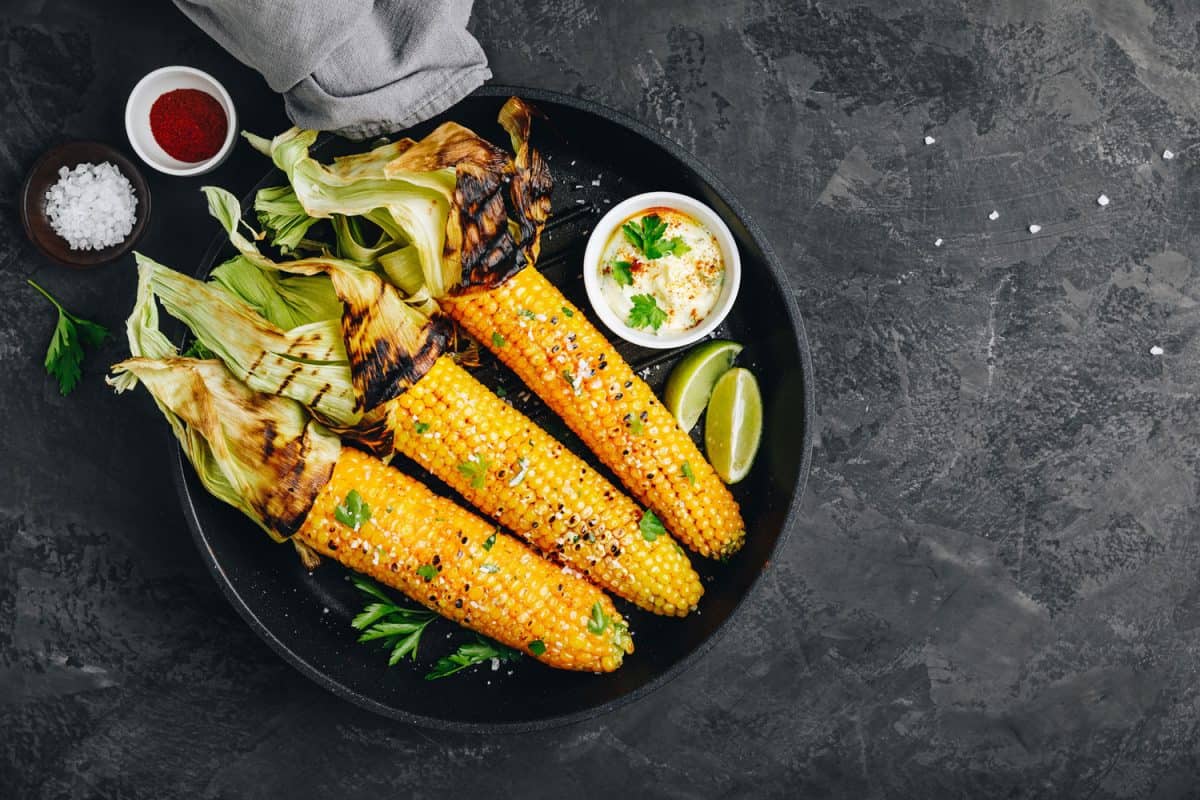 Grilled corn still in the husk is steamed by the grill's heat while the husk protects the corn from direct contact with the flames. This allows the corn to retain its natural flavor, much like eating boiled corn. If you like to cook outdoors but are not a fan of the black char lines and heavy smoke flavor, this might be the best method.

Should corn be shucked before grilling?

Once again, this decision is all about personal preference. One advantage of cooking corn with the husk on is the ease. You can put corn in the husk directly on the fire without doing anything until you are ready to eat. Shucking the corn to remove the silks adds to the work and doesn't benefit the flavor or cooking process.

Why do you soak corn before grilling?

If your preference is to grill your corn with the husk, consider soaking it before grilling. This method keeps the husk from burning and infuses extra moisture into the husk to steam the corn. The method is simple and easy, but it can be time-consuming.

First, peel back the husk leaving it attached. Remove the silk and clean the corn. Secure the husks back around each ear and soak in clean water for a minimum of 30 minutes up to eight hours until the husks are saturated. If you prefer seasoning, pull the husks back to add your favorite flavor. Then, once you replace the husks, the corn is ready for the grill.

However, if you prefer to grill without the husk, don't be tempted to soak your unhusked corn in a brine. While a brine works to make meat more plump and juicy, it seems to deflate the kernels and make the corn tough.

How to grill corn without the husk

Cooking corn without the husk allows it to take on the charbroiled flavor of the grill. Some people love the black mark and smoke flavor. It also allows you to add seasonings to the corn before grilling.

Some people believe that you should blanch corn in either a mixture of whole milk and water or plain boiling water before grilling it. It is not necessary, but it does reduce the time needed on the grill. Otherwise, the corn may get tough and dried out before it is fully cooked.

Find this variety of popular corn seasonings on Amazon.

If you prefer the simple flavor of salt and butter on your grilled corn, check out this tool to make buttering corn easier.

Find the ButterOnce knife on Amazon.

Corn on the cob makes any summer barbeque better whether you grill it with or without the husk. So fire up the grill, get some fresh corn, and invite over your loved ones.

If you are thinking about gifts for your grillmaster, check out 14 Luxury BBQ Gift Ideas For The Man Who Has It All.

If ribs are the main dish, check out this article to round out the menu What Desserts Go With BBQ Ribs?

Should You Freeze Cheese Sticks Before Frying?

How To Make Pizza Crust Crispy On Bottom